Here’s Every Internet Rumor About The 2024 BMW M2 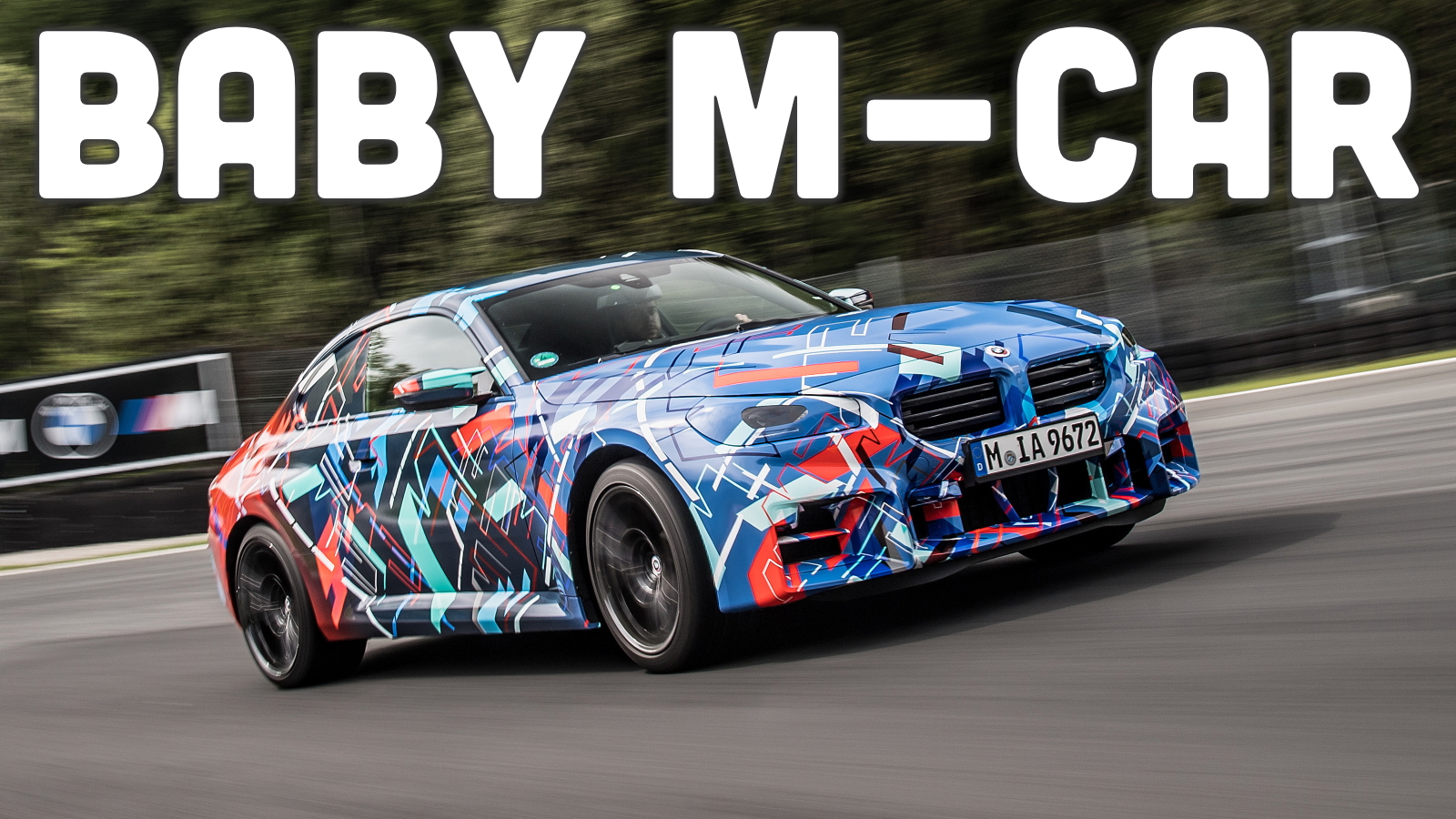 I don’t mean to be Chicken Little, but this is the end. The next BMW M2 will be the last non-electrified M car ever. An eight-ounce cut of inline-six rear-wheel-drive sirloin, it may well be the last traditional BMW. While there’s still much to learn about this new car, here’s every rumor we’ve heard about the new BMW M2.

Just a few days ago, pictures of what might be the new BMW M2 leaked all over the internet. Hey, it wouldn’t be a BMW without a few leaks. Now, these photos are best described as awful and could, in fact, just be renders designed to confuse us? High shots with a wide-angle lens in poor lighting never showcase a car well, so it’s hard to judge how successful the design is. That being said, here’s the take that nobody asked for.

I think the front end of the new M2 looks good. The lower fascia is part E36 M3, the headlights are a bit F06 M6 Gran Coupe, and the combination just works. That being said, some of the details could be stronger. BMW is really leaning on this thing of horizontal grille slats on M cars and I don’t think it works well here. While horizontal elements emphasize visual width, these kidneys are plenty wide enough. In addition, the strange lower grille slats look a bit unfinished, but they’re likely quite functional. They likely block less airflow than mesh otherwise would’ve while preventing the front valence from flexing under aerodynamic load.

Along the side, I’m a huge fan of the body-color side skirts, mostly because the glossy black skirts on the M240i look terrible. Adrian will most likely heavily disagree with this, but black trim rarely works to actually hide visual mass. Unless you can paint bits Vantablack, black trim just shifts the viewer’s focus to another part of the composition. The panel is still there, but in an awkward way. Pillars and roofs are obvious exceptions due to proximity to glazing, but rub strips and cladding either make a vehicle look unnecessarily chunky or visually heighten the greenhouse. In the case of the M240i, the black sills just make it look needlessly tall. Another neat thing worth noting is that the M2 will have an available carbon fiber roof that should be a little lighter than steel and preserve headroom for helmet-on trackday driving.

Around the back of the alleged new M2 is where things start to get weird. The rear bumper looks like it’s been punched in the asshole, with the diffuser-style trim piece and exhaust tips sunk so far into the bumper that we’ll have to call James Cameron and his submarine to go in there. Of course, the blocky corners of the rear bumper share part of the blame, but they seem to work better in other pictures. Actually, blocky is a bit of a theme here, from the bumpers to the box arches. It’s almost like BMW’s Solidworks license expired so the entire car was modeled in Roblox. Of course, these photos may not be indicative of the final product, so I’ll hold off final judgement until proper pics are out.

The car in these photographs is could be in BMW’s as-yet unseen Zandvoort Blue. In addition, BMW Blog reports that the new M2 will likely be available in Toronto Red, Brooklyn Gray, and Black Sapphire. That’s a curiously small color palette, especially since Alpine White was a fan favorite on the previous M2. Since the new car will be built in BMW’s San Luis Potosi plant, Individual custom-order colors will likely be off the table.

While the original M2 got a reworked N55 engine, the new car will go full M with a variant of the S58 inline-six. This twin-turbocharged juggernaut cranks out up to 543 horsepower in the M4 CSL, although expect a considerably lower output in the M2.

One sleuthing Bimmerpost user has dug up an official-looking spec sheet for the new M2 that claims 338 kW, or 453 horsepower. That’s nine more than the limited-edition M2 CS of a few years ago, and just 20 horsepower down from the base M3. However, the spec sheet also uncovers something weird: The engine in the M2 is designated S58T.

Normally, a BMW engine code looks something like N52B30U1. It’s a long designation, but an easy one to break down. N means a regular-line engine, 5 signifies six cylinders, 2 is the engine variant, B means it runs on gasoline, 30 signifies a three-liter engine, U means it’s detuned, and 1 means it’s the first revision of that variant. Let’s circle back to that letter U. Standard output is typically designated by an O, while high-output gets a T. The M2 allegedly receiving an S58T could mean one of two things: Either there’s a glitch in the system, or the S58 engine will receive a technical update on time for the new M2. Knowing how janky databases can be, I’m leaning towards a glitch or a bad input for this one.

Either way, expect the new M2 to be a relatively small coupe with well north of 400 horsepower. Buyers should get a choice of six-speed manual or eight-speed automatic gearbox, with drive going to the back tires through a limited-slip rear differential.

It Could Be Very Good Indeed

It’s not a huge secret that the new M3 is as wonderful to drive as it is difficult to look at. From incredibly sharp steering to a reasonably slick-shifting six-speed manual gearbox, it’s just so much fun to cane about. The new M2 rides on the same CLAR platform as the M3, packs a similar powertrain, and should share some suspension bits in BMW tradition. This fairly reliable thread of future BMW model information suggests that it could even get the M3’s optional bucket seats. I also wouldn’t be surprised if pricing comes out to be reasonably less than the M3, so the M2 could also be a good value proposition. In any case, expect more details to drop October 11, when BMW officially brings the new M2 to light. Dammit, I’ll have to order one, won’t I?

Thomas is a Nu Rave-blaring, heel-toe downshifting, maple syrup-swilling, chassis-geeking, junkyard parts-hauling, floppy-haired scenester who's been writing about cars since college. His current ride is a 2006 BMW 325i with the six-speed manual gearbox. Instagram: @thomas.hundal Twitter: @thomashundal
Read All My Posts »
PrevPreviousWhy I’ve Decided To Fix My Parts Car Instead Of The Kangaroo-Hunting Ute I Flew 10,000 Miles To Australia For
NextThe Netflix Fast And Furious Knockoff Was Ruined By One Huge NASCAR MistakeNext