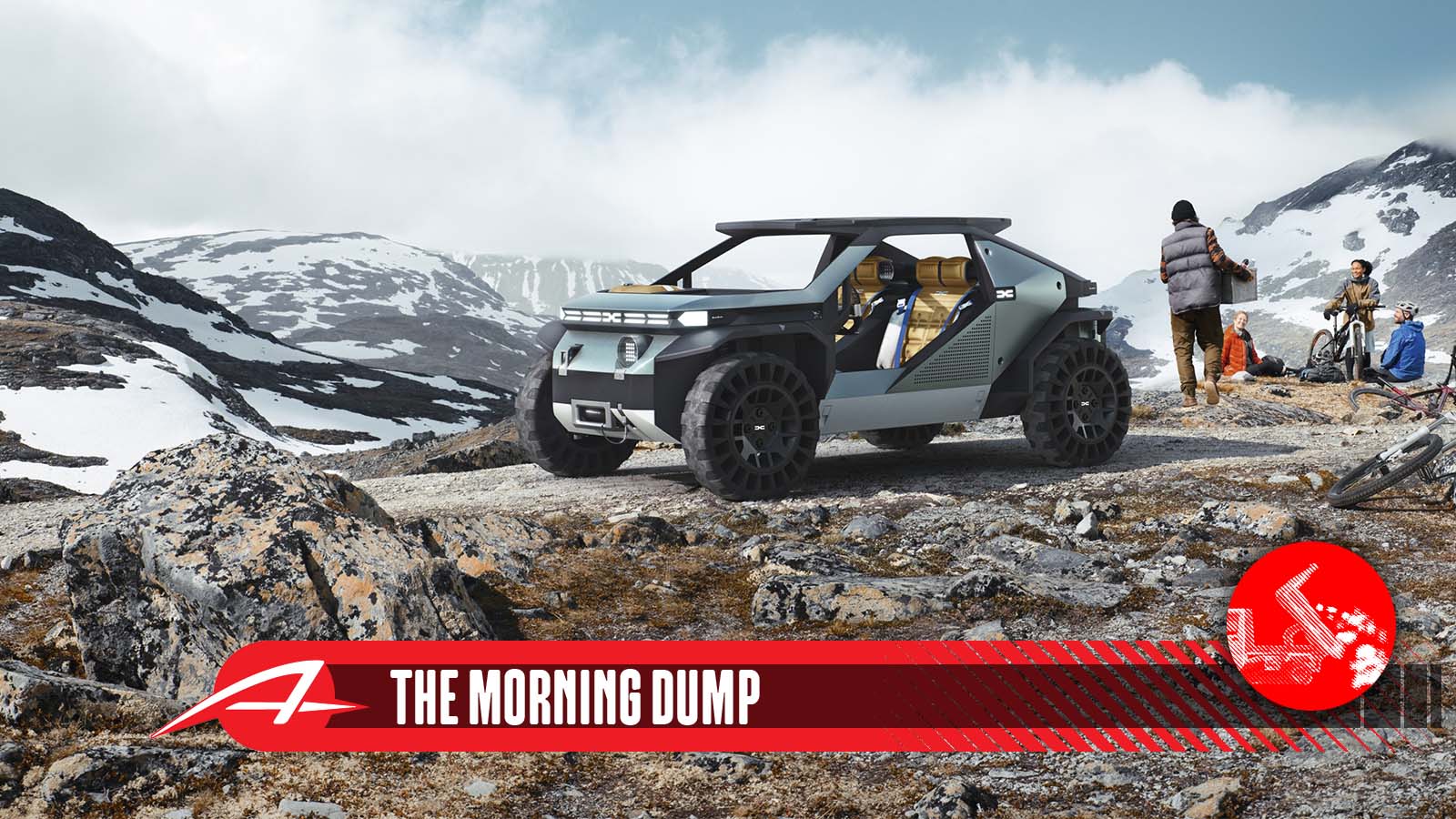 Dacia’s not going green so fast, lithium prices are sky-rocketing anyway, and the trial for Nikola founder Trevor Milton had a pretty huge reveal today.

Dacia Says ‘Not Quite Yet’ To EV Transformation

Saying that you support the full electrification of cars implies one of two things:

To say we should switch over to electric cars implies that we’ll be driving cars forever, and there’s an argument to be made that the promise of EVs merely slows the adoption of higher density development and better transit, which is an even bigger net environmental good. Then again, electric vehicles are good for short distances and sitting in traffic, which is what you have in urban environments… where higher density and transit makes the most sense. And what about developing nations that experience constant electric grid issues like India or Texas?

In some ways, it’s easier to just adopt the second point of view.

Dacia, the budget Romanian offshoot of Nissan and Renault, is adopting both views simultaneously. As Reuters reports in its article “Renault’s Dacia Will Stick to Thermal Engines as Long as It Can, CEO Says,” Dacia isn’t giving up on internal combustion anytime soon:

“Renault will push to be the champion of electric engines, this has a risk,” Le Vot said on the sideline of a presentation in Le Bourget near Paris.

“This is also why Dacia exists. Depending on how fast the market converts to electric engines and of clients’ appetite, Dacia is here. The two can co-exist in an intimate fashion,” he said.

This is sensible! Renault can push on EVs and, hey, if you are in a place where it doesn’t make sense or you’re worried about it, go buy a Dacia Duster. They’re great, cheap cars. The next one might have some visual inspiration from the Manifesto Concept, which is shown above.

When EVs come to developing nations it’s probably not going to be cars first. It’s going to be two-wheelers, according to this meta lit review of the existing barriers and opportunities for electric adoption in places that aren’t the United States, China, Japan, or Western Europe.

Nissan/Dacia’s plan reminds me of what furniture store owner Mattress Mack does in Houston. He’s a big Astros fan and he makes a huge bet on the World Series while simultaneously offering free furniture to customers who buy mattresses from him if the Astros go all the way. It’s the ultimate hedge. If the Astros win he gets money to offset the free furniture. If the Astros lose, he already sold the furniture.

Sure, Dacia isn’t jumping into the EV market with both feet, but pretty much everyone else is. This is making the price of lithium, an essential part of the most popular battery chemistries, go way way way up. Per Automotive News:

Lithium carbonate hit a fresh record of 500,500 yuan ($71,315) a ton in China on Friday, according to data from Asian Metal Inc. Prices more than tripled in the past year, inflating the cost of batteries used in EVs, with recent gains driven by strong demand and disruptions at a domestic producing hub.

Meanwhile, a power crunch during August in Sichuan province — home to more than one-fifth of China’s lithium production — caused two weeks of electricity cuts, hampering supply in an already-squeezed market.

It’s hard to beat the benefits of the typical lithium ion battery, but automakers are already looking to cobalt-less lithium iron phosphate batteries to offset the costs. Tesla made the switch last year and it seems to be paying off, per Barrons:

The savings look to have shown up in Tesla’s numbers. Tesla began shifting to LFP batteries back in late 2021. Gross profit per car has averaged about $16,000 since then, up from an average of about $13,000 in the year leading up to the shift. Many things, of course, impact gross margins, but managing battery costs is one factor.

At some point we’ll maybe look back at lithium ion batteries the same way we do at leaded gasoline. It worked. It worked well. But the effects were devastating and the world would have been better off if we’d have switched to something else sooner. I don’t think lithium is chemically dangerous in the same way, but it’s an expedient with massive geopolitical and ecological downsides.

Nikola’s Badger Was Apparently A Raptor Underneath

Surprising absolutely no one, jurors in a trial for Nikola Founder Trevor Milton found out via texts between employees of the company that the Badger EV the company was touting was partially a Ford Raptor, borrowing heavily from parts on that vehicle Bloomberg reports. From the news site:

Engineers working on the heavily hyped Badger in 2020 merged parts from the gasoline-powered Raptor with a “chopped up” electric Nikola power sports vehicle, also in early development, former Nikola employee Brendan Babiarz told the jurors Thursday in federal court in Manhattan. Babiarz, who led design and created renderings for the Badger, said it was done to meet a deadline Milton had imposed for unveiling the pickup.

Milton’s on trial for a variety of alleged abuses of the truth that lead to, almost, a deal with GM that fell apart as soon as GM caught wind of what was allegedly happening.

Basically, don’t believe anything that a startup EV car company tells you until they make at least five cars or trucks.

Whelp, time to drop the lid on today’s edition of The Morning Dump. It’s Friday, the media preview of the Detroit Auto Show is over, did anything get you excited about the show? Anything you’re looking forward to?

Howdy! I'm the Publisher of The Autopian which means I'm to blame for at least a small part of this. I used to run another car site and then made movies and TV shows. Now I'm here to convince you to buy a Peugeot.
Read All My Posts »
PrevPreviousCaveat Emptor: 2003 Jaguar X-Type vs 2000 Lexus GS300
NextHow A Weed From A Pennsylvania Farm Became A Miracle ‘Cure’ For Roadside ErosionNext