Covered in grease from head to toe, and unbelievably tired from wrenching on a hopeless 1969 Chrysler Valiant ute, my Australian host Laurence and I stumble into his house every night, eat a great meal prepared by his girlfriend, and then — before essentially dying in our beds — sit down on the couch for an hour as my Chrysler-loving friend talks my ears off about Australian car culture. The other night he introduced me to the “AP2”-generation Chrysler Royal and its zany rear “saddle fins.” Let’s talk about them.

The 1950s and 1960s were a golden era in automotive history. Motors were big and powerful, but not nearly as powerful as the styling departments at car companies, which ran the whole damn industry. Chrome abounded, colors went wild, and metal stampings of high-volume cars began taking more complex shapes than ever. The big defining feature of the era were tailfins, which may have had their origins at General Motors, but that were unquestionably pioneered by Chrysler’s Virgil Exner, whose “Forward Look” styling initiative — which hinged heavily on tailfins — changed automotive styling forever.

Chrysler was putting fins on damn near everything in the late 1950s, and Australian-model cars would be no exception. But don’t think Australia’s Chryslers were the same as the U.S.’s. No, due in large part to Australian regulations that promote cars being built locally, based on what I’ve read online, Chrysler Australia was in many ways a separate entity from its Detroit “mothership,” getting off the ground by building a number of 1954 Plymouth Belvedere-based cars in Adelaide.

These cars, built on the same bones as the U.S.-spec 1951 Plymouth Cranbrook [Editor’s Note: I think those are what you’re supposed to drive if you have a UTI – JT] (which became the Belvedere in 1954), would eventually be turned into a single Australian model, the AP1 Royal (“AP” for “Australian Plymouth”) for the 1957 model-year.

Chrysler Australia seemed to always be tight for money, and the result was that its cars were always a mishmash of various American cars. Just look at the Chrysler Royal in the picture above. As Curbside Classic points out, it just took the 1955 Plymouth Belvedere’s front end and added 1957 grille bars. Here’s the ’55 Belvedere: 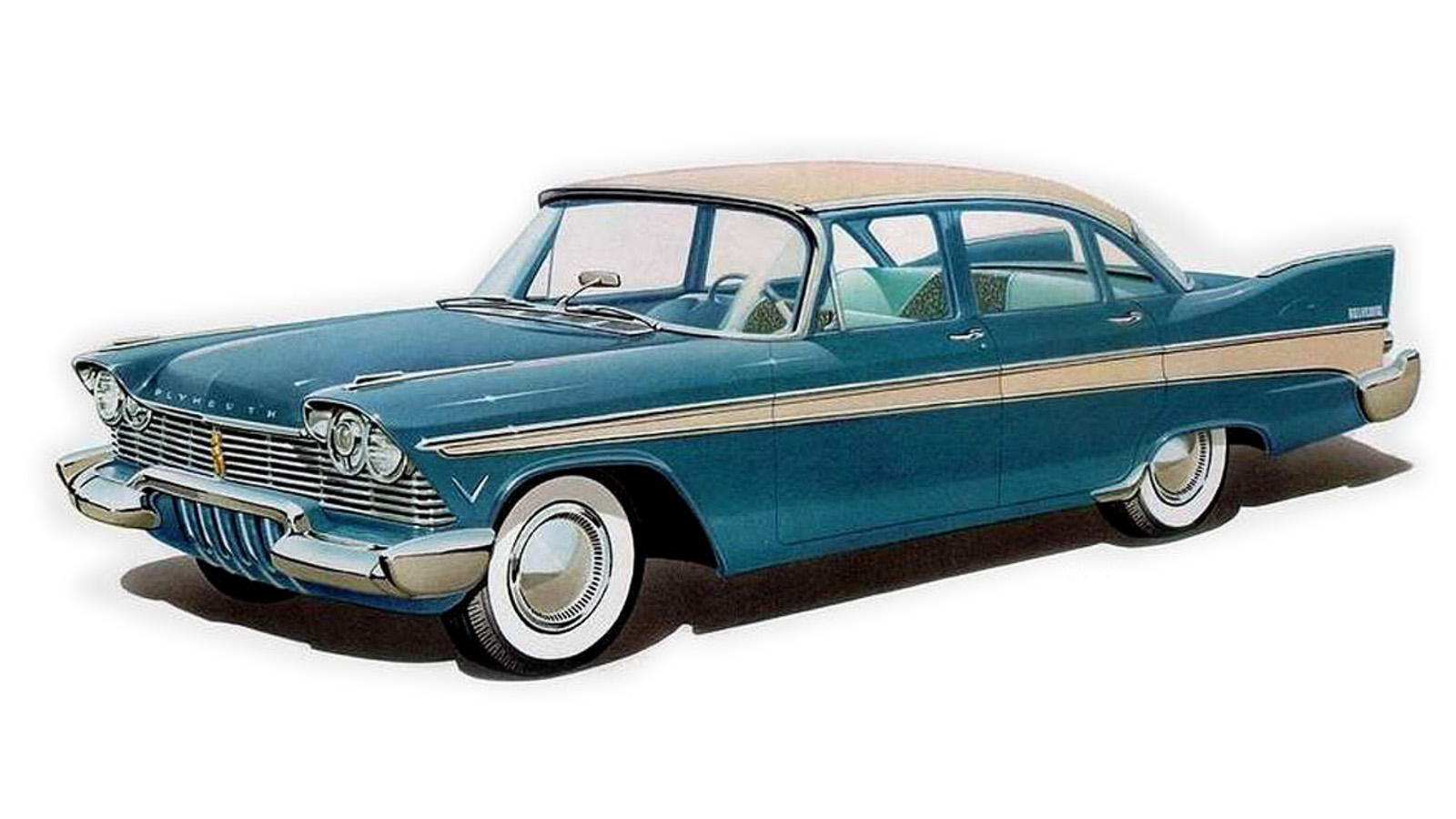 In the back, the Royal looked like a 1956 Belvedere, but with a different C-pillar. Here’ the Royal: 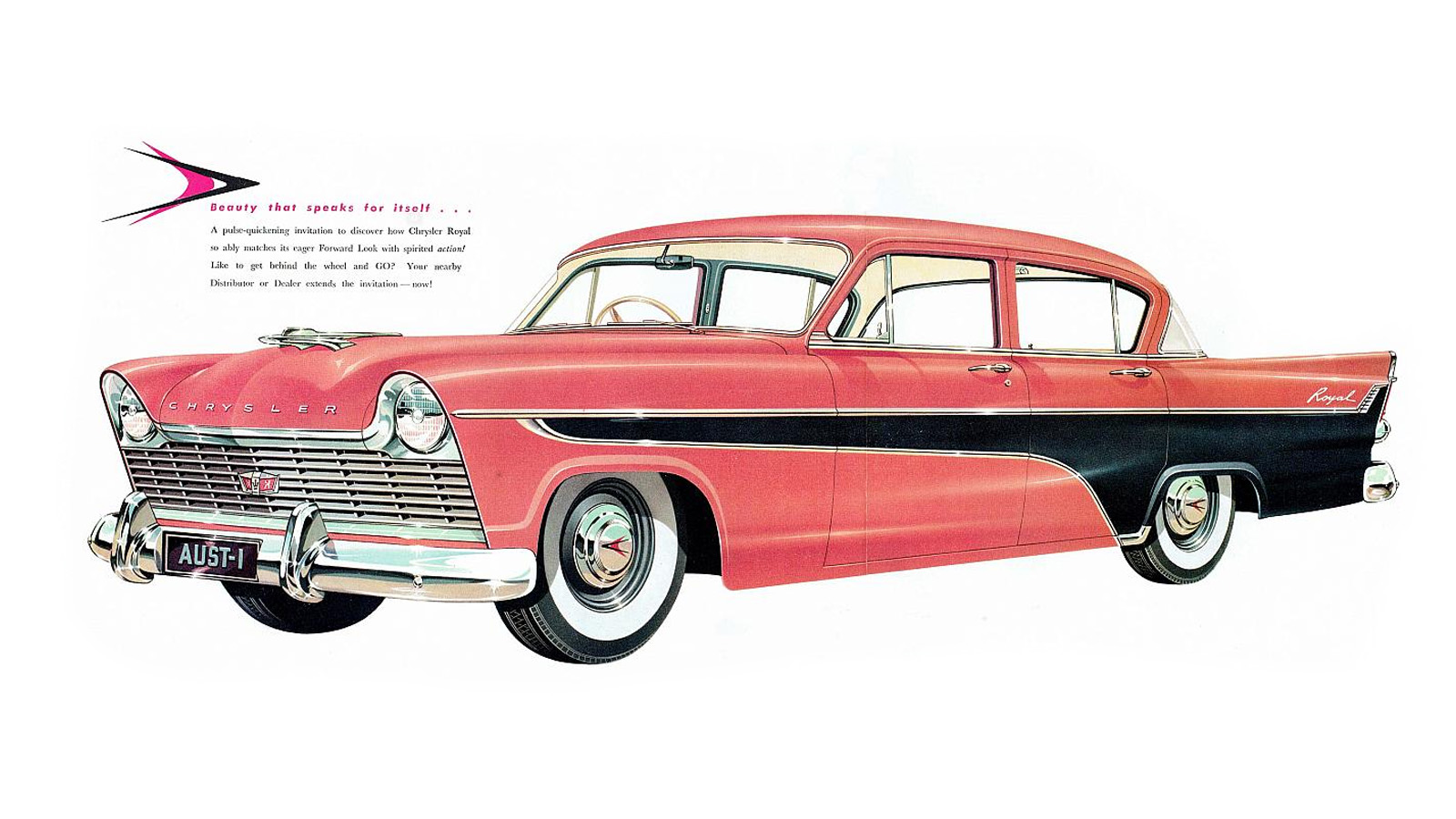 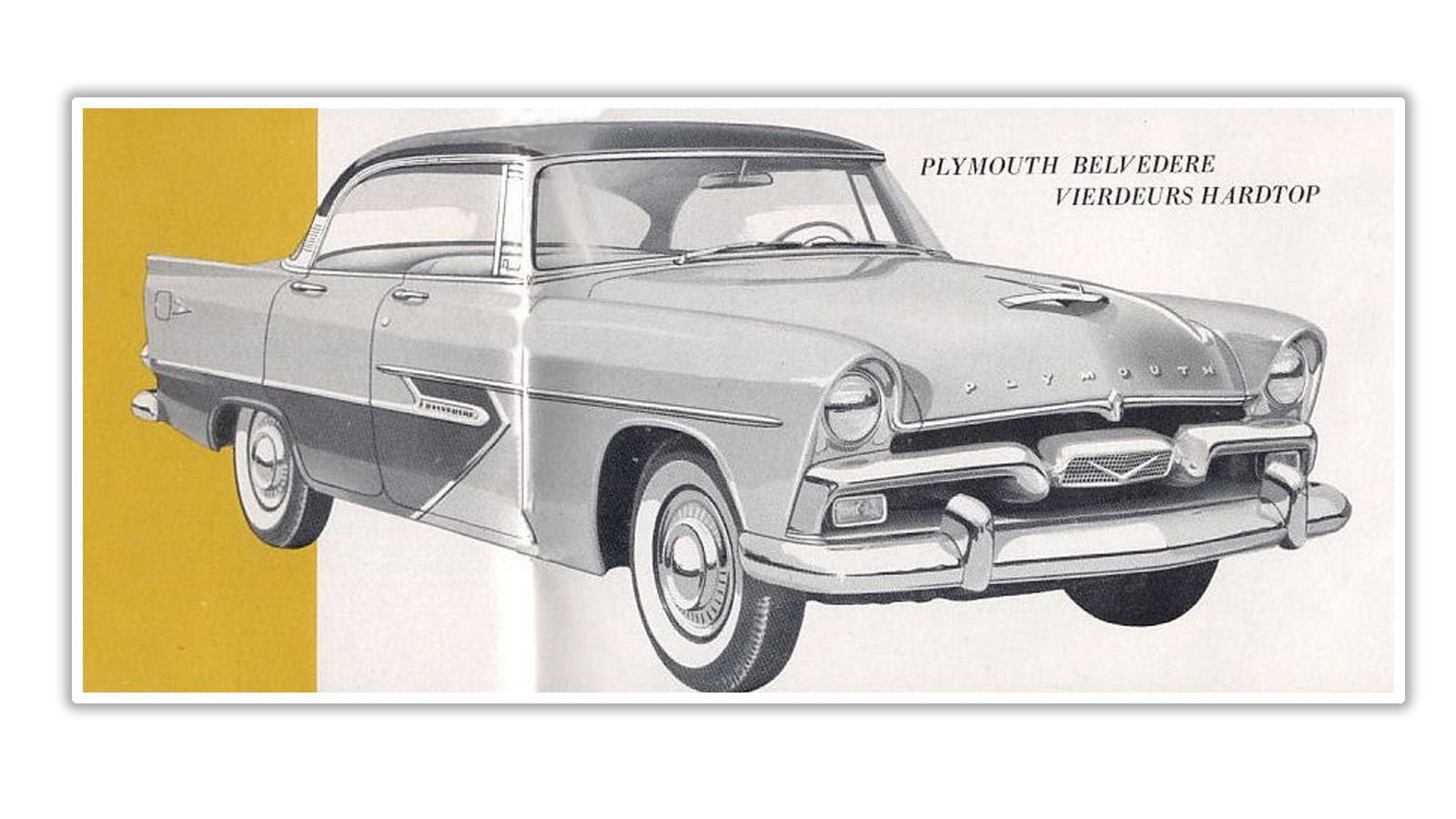 Then 1958 came around, and AP1 became AP2, with new styling becoming part of the change (which lasted until AP3 debuted in 1960). The AP2 Chrysler Royal was special because of these:

Per the National Motor Museum in Birdwood, Australia, these fins-on-top-of-fins were called “saddle fins,” and they were bolt-on options. If that sounds absurd to you, then just read the museum’s little blurb:

The fins were the most radical change, one set of tailfins was considered fashionable, but the AP2 featured saddle fins, which is literally fins on top of fins. The fins were optional, but most cars left the factory with them. Although the top fin looks apart of the body, it was actually bolted on.

Look at those things. They’re glorious, though based on this ad, I might suspect that Chrysler Australia was a bit self-conscious about them. Here’s what the ad reads at the top right:

Fine, clean looks confirm the promise of deep-down quality. Chrysler Royal styling is based on the use of simple, clean-cut lines. The result is a happy medium between the stolid, ultra-conservative and the grotesquely modernistic. The car is well-dressed in good taste….not overdressed.

Again, that seems a bit defensive. You’d think that company that bolts wings onto wings would have no shame.

I have yet to find a brochure that states that the saddle fins were actually optional, but in any case, bolt-on fins mounted atop fins is just amazing, and a reminder of how wild things got in the 1950s.

Here’s a look at the Royal AP2’s standard features; the brochure says the fins act like airplane stabilizers to help the vehicle track straight down the road:

“Airfoil rear fenders – a Forward Look styling note with practical application. Slender and high, like stabilizers on aircraft, they help keep you steady.”

There was a 117 horsepower 250 cubic-inch inline-six as the standard motor, or a customer could opt for a 313 cubic-inch V8. Hooked to those motors was either a three-speed manual or a three-speed pushbutton automatic.

It was a cool car that I’m sad I didn’t know about sooner.

Rust-loving Jeep man, cofounder and EIC of The Autopian, Jason's friend. Email: david@autopian.com
Read All My Posts »
PrevPreviousHow A Weed From A Pennsylvania Farm Became A Miracle ‘Cure’ For Roadside Erosion
NextHere’s What It Cost To Drive A Dirty Diesel 760 Miles Vs An EV 500 MilesNext