The CD2-platform Ford Escape, built between 2001 and 2012 model years, is a massively underrated vehicle. Yes, it’s ubiquitous and often thought of as one of America’s first “cute ute” crossovers, but that description doesn’t give it enough credit. These things were reliable, practical, and their geometry made them fairly decent off-roaders. But despite these positive traits, someone in Pennsylvania decided they wanted more, so they turned one into a body-on-frame, diesel-powered off-road beast.

I’m using this article as an excuse to declare my appreciation for the first and second generation Ford Escapes (the second gen, which came out for 2008, was just a facelifted first-gen). Sure, they are unibody crossovers with fully independent suspension that doesn’t do the greatest job at keeping the wheels on the ground at all times, and they lack a low-range transfer case to get those wheels torque to handle really technical rock crawling, but early Escapes did have decent overall geometry.

This is important, because when it comes to off-roading, geometry is king. Just watch this Escape, equipped with what appear to be slightly oversized tires, navigate this downhill grade:

Anyway, it may not be a hardcore off-road vehicle, but I’ve always liked the way it looks, and with short nose and butt, I’ve always thought the body would make for a great off-road platform if only one could get a real transfer case in there and some solid axles for a bit more articulation. Well, apparently I’m not the only one who’s had these thoughts, because look at this madness: 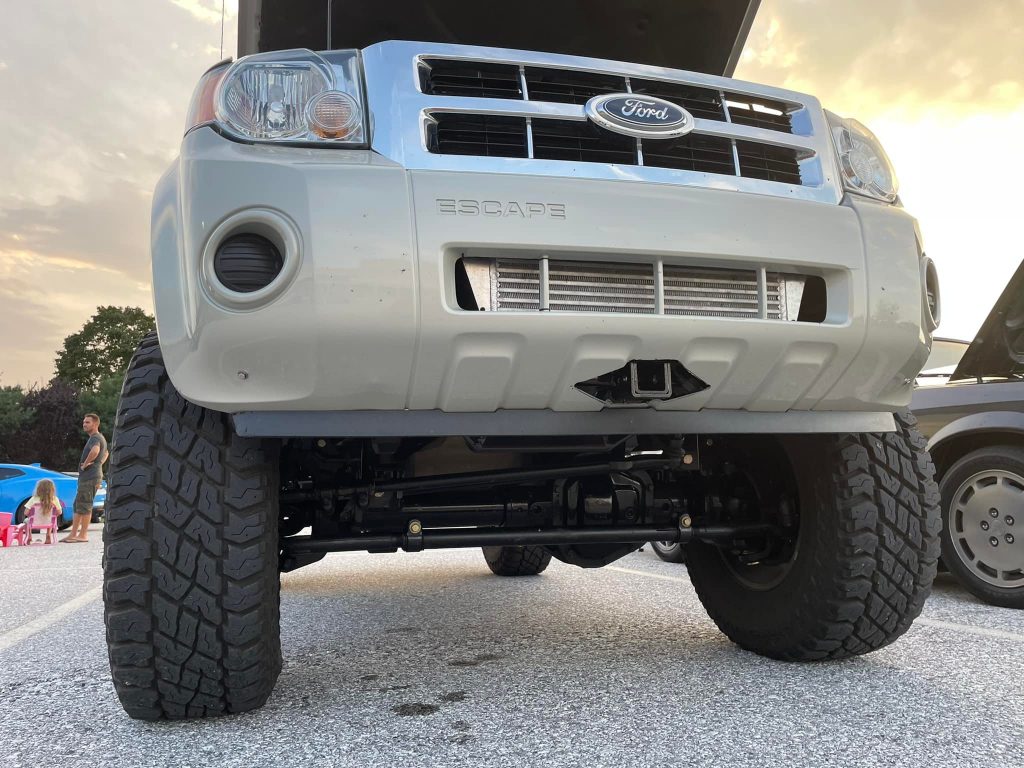 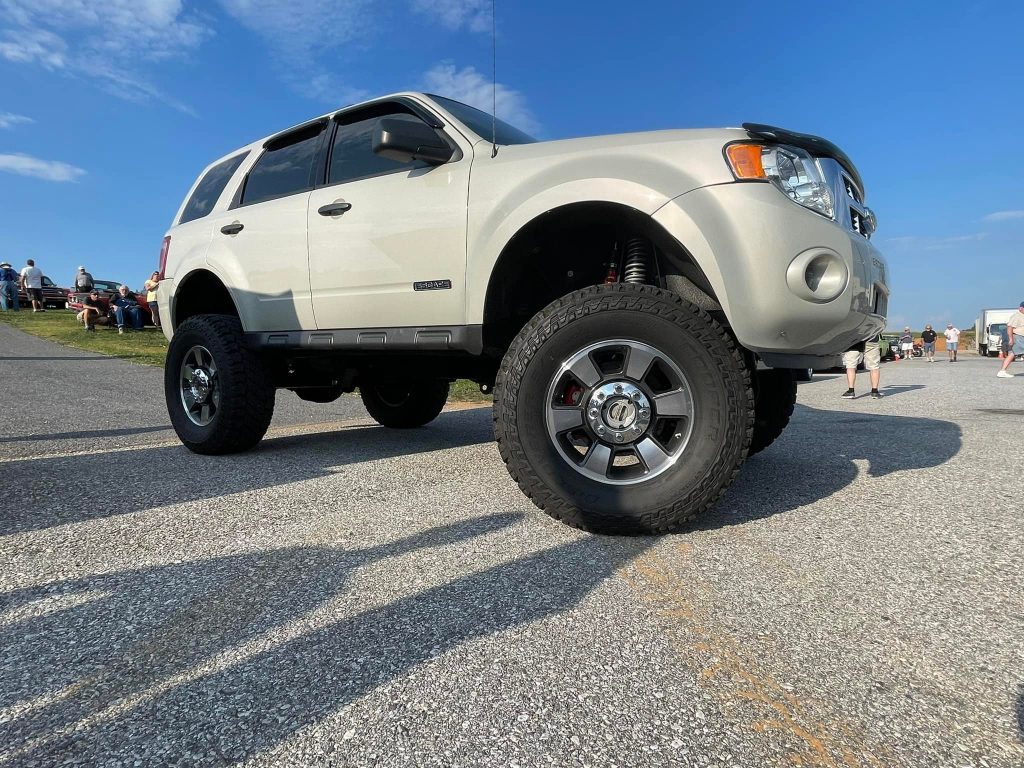 Check out that absurd ground clearance, and how it meshes with the Escape’s short wheelbase and short overhangs to yield humongous approach, departure, and breakover angles. Plus, behold the solid axles held to a real frame via a long-arm suspension; this thing must flex for days!

And, if you look closely between the frame rails, you can see a real transfer case: 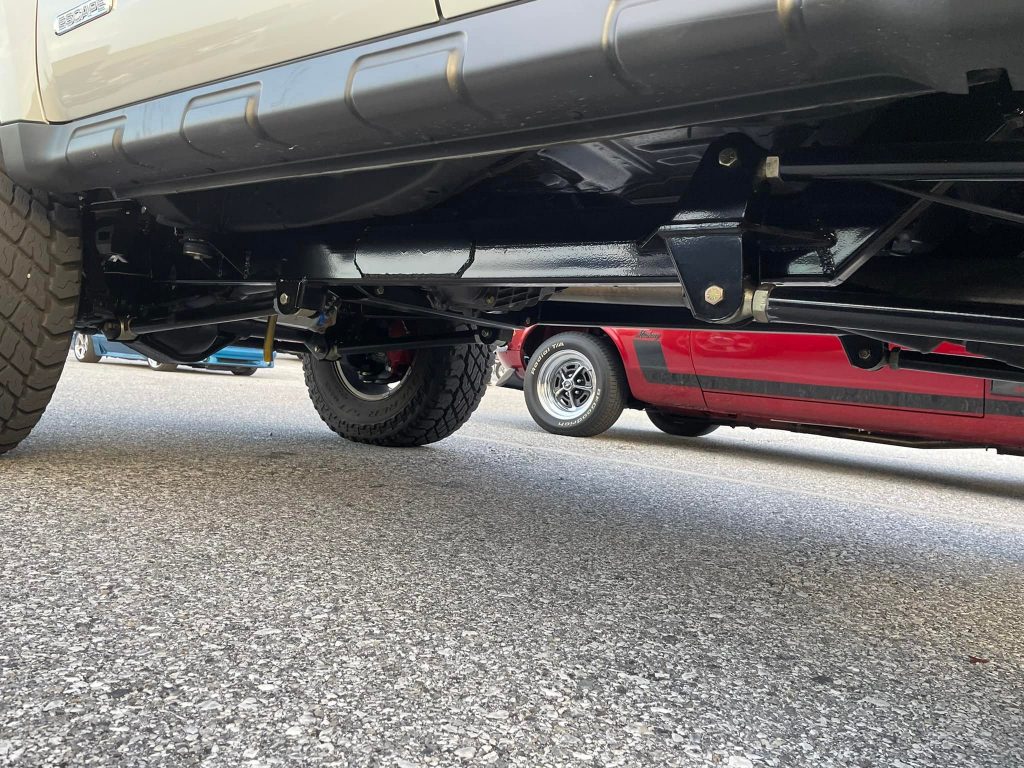 Finally the Escape, whose geometry I’ve always thought had so much off-road potential, gets the drivetrain and suspension it deserves.

As for the powertrain, under the hood, replacing the excellent Duratec 25 (which is based on the Mazda MZR 2.5-liter engine — a genuinely reliable engine), is what appears to be a Cummins 4BT turbodiesel: 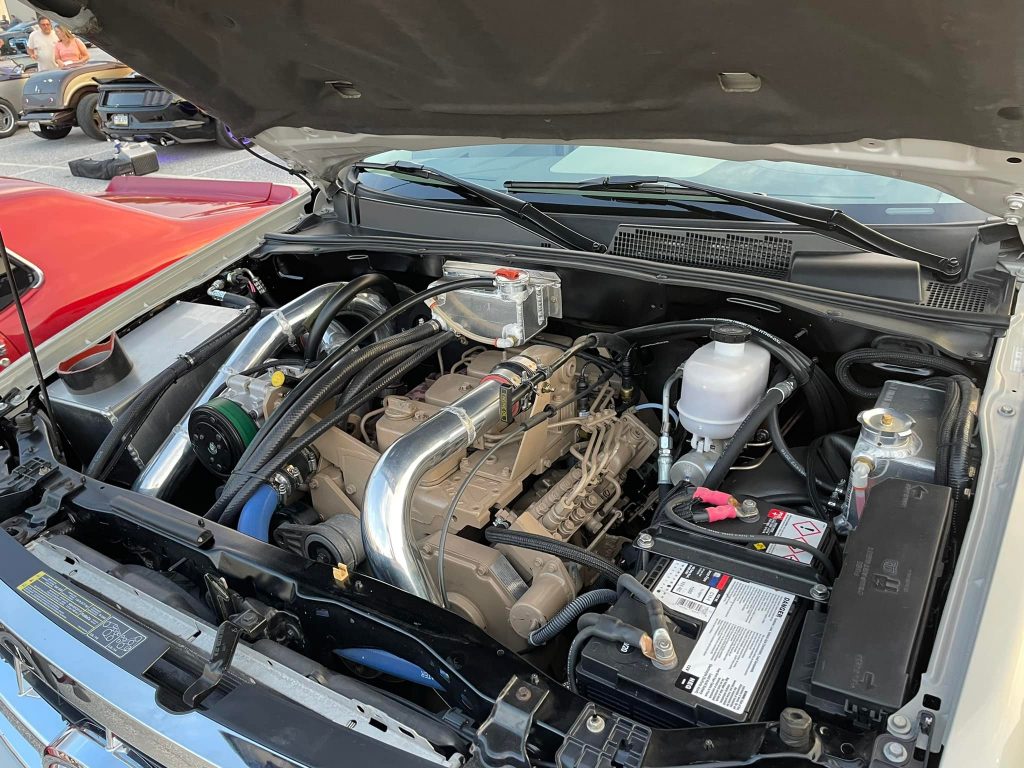 With probably somewhere around 105 horsepower and 265 lb-ft of torque, the thing won’t be quick, but it should be a monster off-road, especially with the proper gearing; plus it should score decent fuel economy and never die. 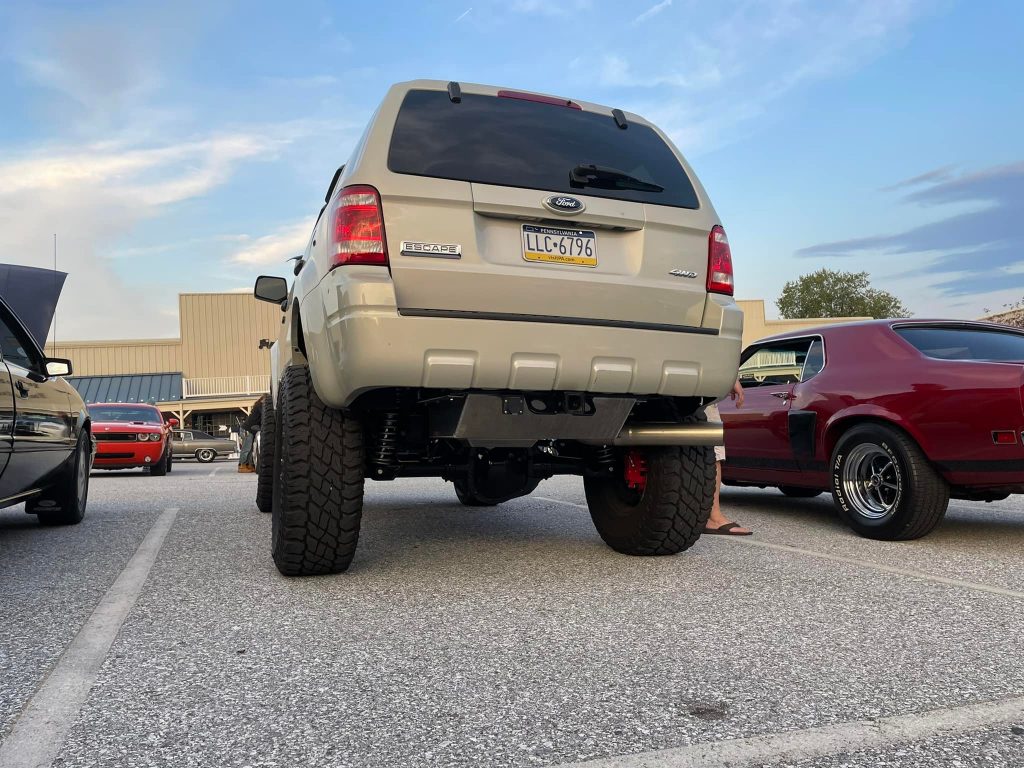 I wish I had a bit more info on this machine (I’d love to know how they mated the frame to the unibody. I see one mount that appears to go to the Escape’s main unibody rail. How’d the builder get to the inside of the rail? Did they utilize the subframe mounts as well?). For now, all I know is what I have from the photographer, Pete Matesevac, who told me he spotted the vehicle at a car show in Pennsylvania.

“The photos were taken at the monthly Motor Menders Cruise Night at a place called the Markets of Shrewsbury, which is conveniently about halfway between Harrisburg, PA and Baltimore, MD,” he told me over Facebook Messenger. “It is not unusual to have 1,000+ cars here every month, and everything from traditional muscle cars to exotics to weird little British stuff.”

Matesevac, a Chevrolet S10 enthusiast who runs the pages “Pete’s S10 Page,” told me it’s normal to see wild custom cars at the event, but that this Escape stood out to him. “I’m watching all the classic hot rods, trucks and customs coming in and then I see a Ford Escape, which already has me scratching my head because it’s sitting really high,” he told me. “Then I can hear it drive by with the unmistakable sound of a diesel. As it passes by, I see a very glossy frame and a solid axle, neither of which should exist.” 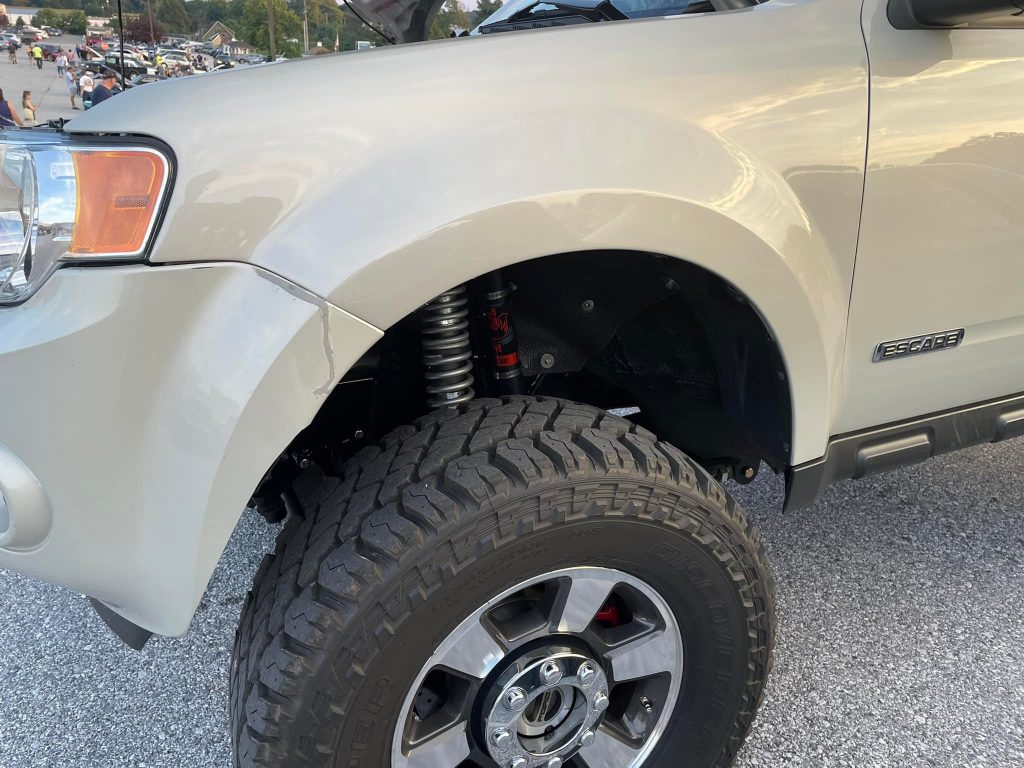 Strangely, nobody was looking at the masterpiece. “I was surprised that I was the only person at that moment because everything was done very well. This looked like a high end shop built it. All the hardware looked fresh, all the metal looked freshly painted. It had an AC compressor with a belt. It looked well executed and complete,” he continued. “This definitely wasn’t a couple drinking buddies hacking up a nasty Escape, the Ford itself was in nice shape.”

Incredible. I must see what this thing can do off-road.