My Diesel Manual Chrysler Voyager Passed German Inspection For The Second Time! Then It Immediately Broke Down

I’ve driven my diesel manual Chrysler Voyager, which resides with my parents in Germany, over 10,000 miles without any issues since I bought the thing for $600 and fixed it up in the summer of 2020. I’ve traveled to Belgium, Sweden, Turkey, and everyplace in between, and the VM Motori 2.5-liter turbodiesel under the hood of that stickshift 1994 Chrysler minivan has trudged on with confidence. My parents, however, have had no such luck. In fact, I just received a text from my dad stating that, for the second time, and just after passing Germany’s rigorous inspection for the second time, the vehicle has broken down while he’s been driving.

“Your alternator is shot,” reads a rather short text from my dad, which includes the photo you see above. My van is going to have to be towed back to their house, and why? Who the hell knows. Do I really think a bad alternator would shut down a vehicle that requires pretty much no electricity to run (it’s an old-school diesel with a mechanical fuel pump)? Well, there is a solenoid that needs 12-volts to allow fuel flow, but the current draw is basically zero. I suppose if the headlights were on and the car were driven long enough, the battery would drain to the point where fuel would shut off, but I remain skeptical. 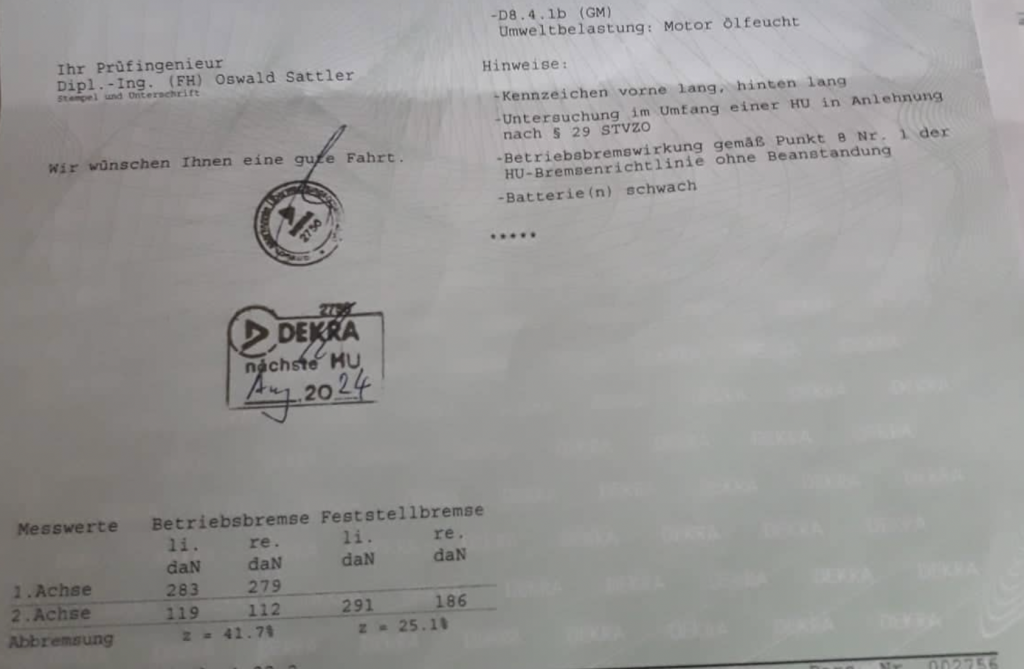 More than that, I’m anxious. I want to get on a plane to Germany right now and fix the ailing machine, which just passed inspection after a previous shop dinged it for weak headlights and a leaky CV boot. My brother and I cleaned the boot and replaced its clamps (my mom actually pulled a hose clamp off her washing machine as we wrenched late into the night of my departure back to the U.S.; so clutch), plus we replaced the headlight bulbs. The van still failed. Recently, though, my parents told me that a different shop replaced the bulbs again and gave the vehicle the pass you see above, so my van is now legally on Germany’s roads until August of 2024! 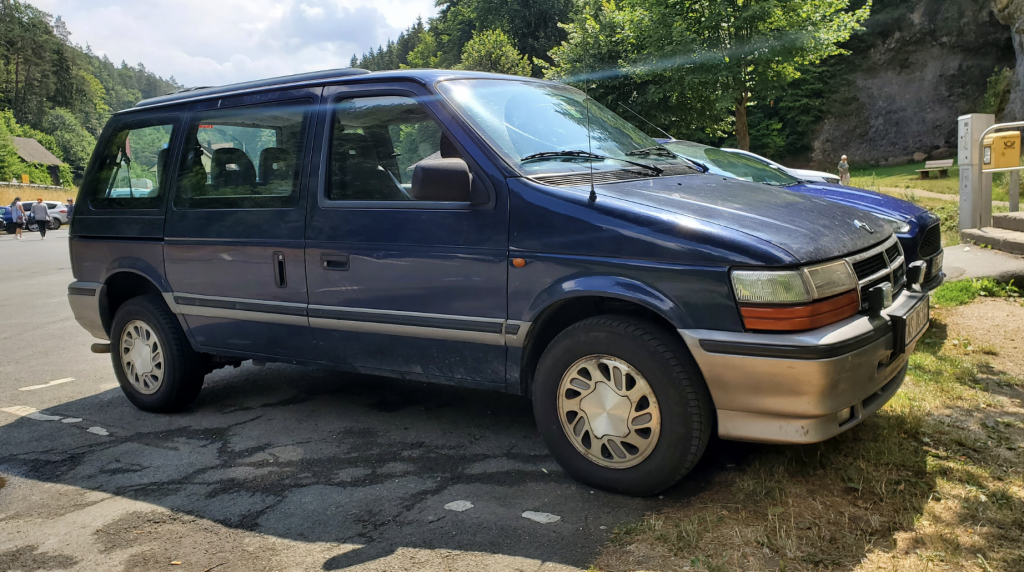 I don’t know if the van didn’t feel adequately rewarded after its excellent marks (it could use an oil change), but it’s clear that something upset it, because right after passing inspection Project Krassler shit the bed, and now my parents’ view of the van is, I feel, just not representative of what the 32-MPG road-trip beast truly is at its core. This van is great! Sure, it’ll have a few issues here and there given that it has 260,000 miles on the clock, but I bet with half an hour of wrenching I could have the thing back on its feet, even if that means swapping an alternator. The van is fairly easy to wrench on, after all. 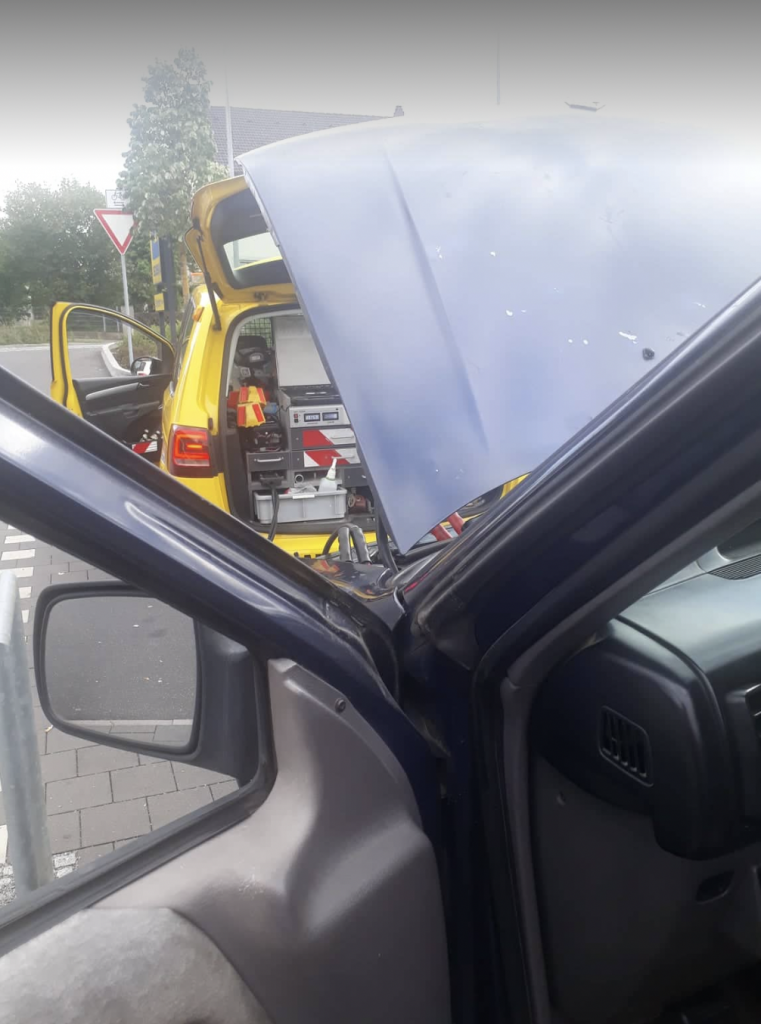 This all comes after a fuel shutoff switch killed the van while my dad was driving the car to work last year. Just a month or two ago, I rewired that switch, and road-tripped the K-car-based van to Frankfurt, Jena, and a few times to Nuernberg for a total of about 750 miles over a span of just a couple of weeks. I never had a problem! 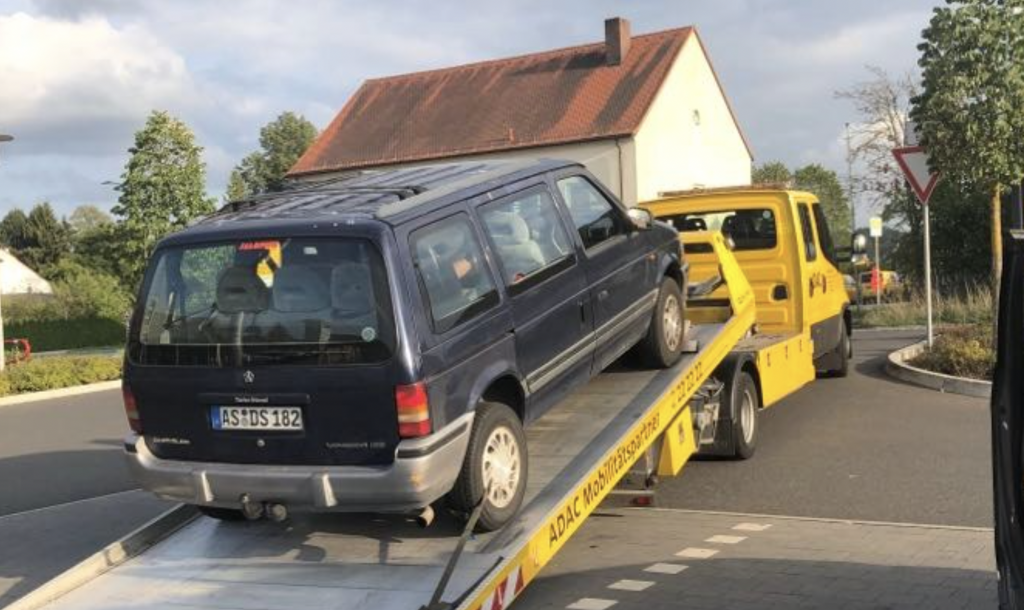 It seems the mercurial van behaves itself only when I’m behind the wheel. It’s a sign that, at some point, I’m going to have to move to Germany permanently to take care of this geriatric machine, which will by then be old enough to be registered as a historical vehicle (this means I will have to pay fewer taxes and I’ll be able to drive into cities that prohibit diesels). Just hang in there a few more years, Krassler.

Rust-loving Jeep man, cofounder and EIC of The Autopian, Jason's friend. Email: david@autopian.com
Read All My Posts »
PrevPreviousHow I Turned My $700 Chevy Tracker Into A Legitimately Good Car After This Failed Part Had Me Chasing My Tail For Months
NextHoly Crap Someone Built A Cummins Diesel-Powered Ford Escape With A Frame And Solid AxlesNext