I was so confused. My engine was idling fine, my pulleys were all spinning, my belts looked good, my alternator was new, and I saw nothing obviously wrong with my cooling system. Why, then, was I overheating? Why was the car stalling out from a low battery while I was driving? Here’s how I solved the problem that was likely the reason the previous owner sold me this solid little 4×4 — a 2000 Chevy Tracker 5-speed — for only $700.

I recently wrote about how I’ve spent a total of about $2,100 on the non-running Chevy Tracker I’d initially picked up for $700. Some of that sum was taxes, some of it was tires, some of it was fluids, some was interior trim to replace the cracked stuff, but do you know what contributed a lot to that figure? Unnecessary purchases resulting from misdiagnoses.

When I initially arrived at the seller’s house to buy the Tracker, the gentleman improperly hooked his jumper cables to the Chevy-ified Suzuki and fried something in the electrical system, because the car refused to start even when the seller fixed the polarity issue. I popped a $5 main fuse in and the car started, but it struggled to remain charged. Between that and the 4×4 system’s electric front “hub” engagement pump not working properly, I was convinced there was some kind of issue with the engine computer. I dropped $100 on a replacement unit, and when it didn’t work, I bought a new alternator for roughly another $100. I also noticed some overheating issues, which led me to discover a seized auxiliary electric fan, which I replaced with a new one.

When all of those new parts still led the car to overheat and undercharge, I knew what the issue had to be: It was something to do with accessory drive, as — other than the auxiliary fan, which I’d replaced — this is the only thing that connects the charging circuit to the cooling system. Somehow the J20A engine’s serpentine belt was not spinning up the water pump and alternator properly. It appeared to work perfectly fine at idle, and even when I revved the motor, everything seemed to spin fine, but I had to go with my mind, not my eyes. The issue simply had to be the front-end accessory drive. 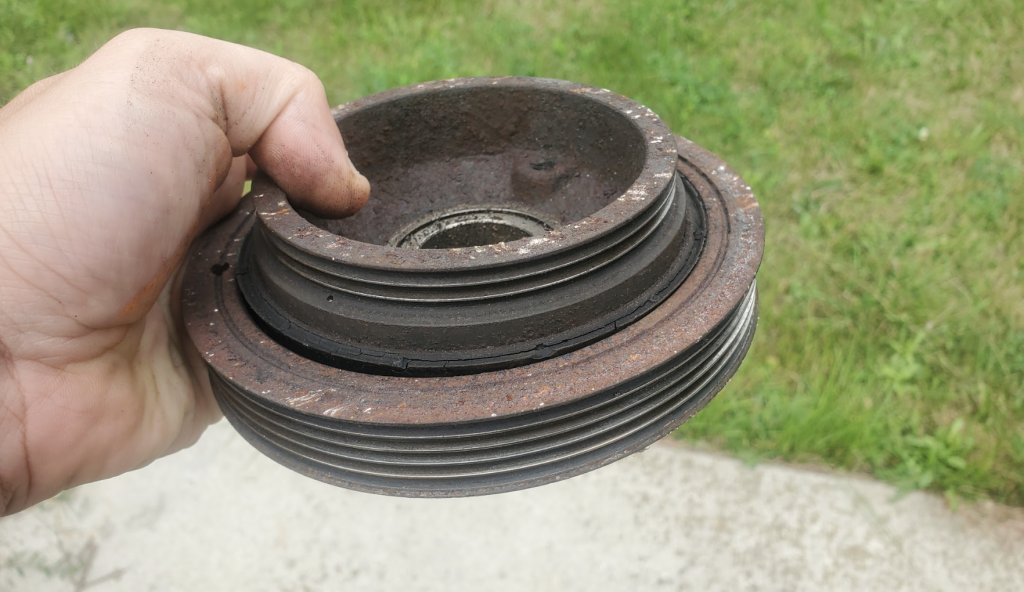 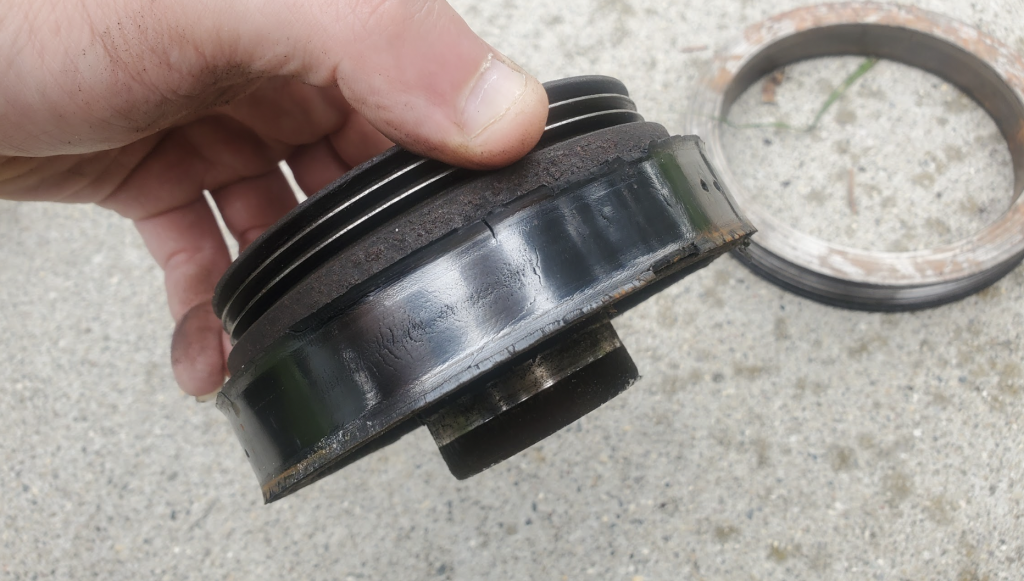 As I mentioned in my previous article, I ended up discovering a harmonic balancer pulley that had separated. A few days ago my brother and I swapped that part out in about an hour, so I figured I’d give you all a close look at that failed part, because this is one of those bits that maybe the layperson doesn’t thing should ever be an issue. But this is an internal combustion engine —  the mechanical wonder with more failure modes than perhaps any other commonly-used contraption on earth. 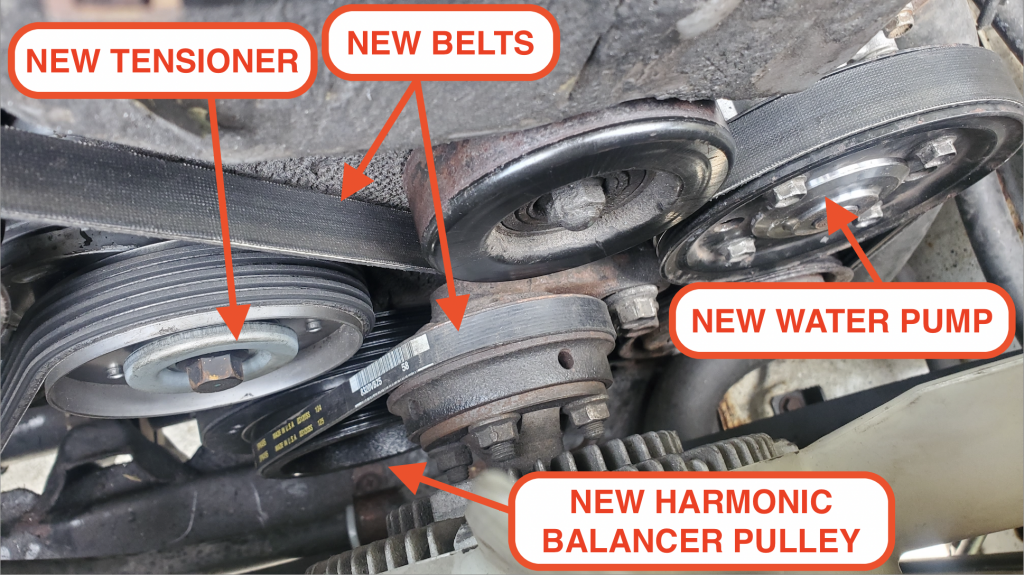 With a new $16 eBay harmonic balancer in place (the part looks to be of decent quality; then again, I noticed the price jumped to $70 right after I bought it), along with a few new belts, a new tensioner, and a new water pump (since I had to drain the cooling system and remove the radiator to get the pulley off, anyway), the Suzuki’s 2.0-liter inline-four has been running beautifully. Here’s the new water pump; it doesn’t look new, in part, because I had to use a sledgehammer to get it into position. Also worth noting: While removing the radiator, I noticed there were two hoses going into the bottom tank; they led nowhere — they just ended somewhere below the engine. I took the lines off, and noticed that they were filled with black automatic transmission fluid, so either someone installed a new radiator and kept the hoses on (very unlikely, since getting the radiator with those hoses in place is fairly difficult) or this vehicle was originally an automatic, and the previous owner converted it to a manual. I recall the seller saying something to this effect, and this might explain why my cruise control doesn’t work. 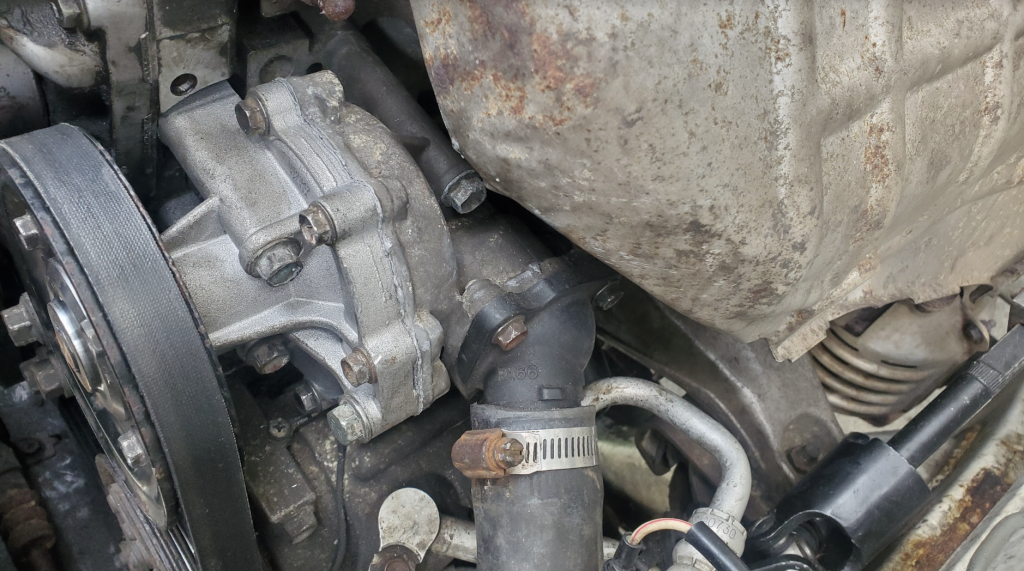 It’s worth noting that, with the vehicle sitting in my yard while I waited for parts, some kind of rodent got into my engine bay and chewed up some wires. One wire went to the brake fluid sensor on the master cylinder and the other was a coil pack wire. The former was chewed completely through, while the latter just needed some electrical tape to fix holes in the insulation: 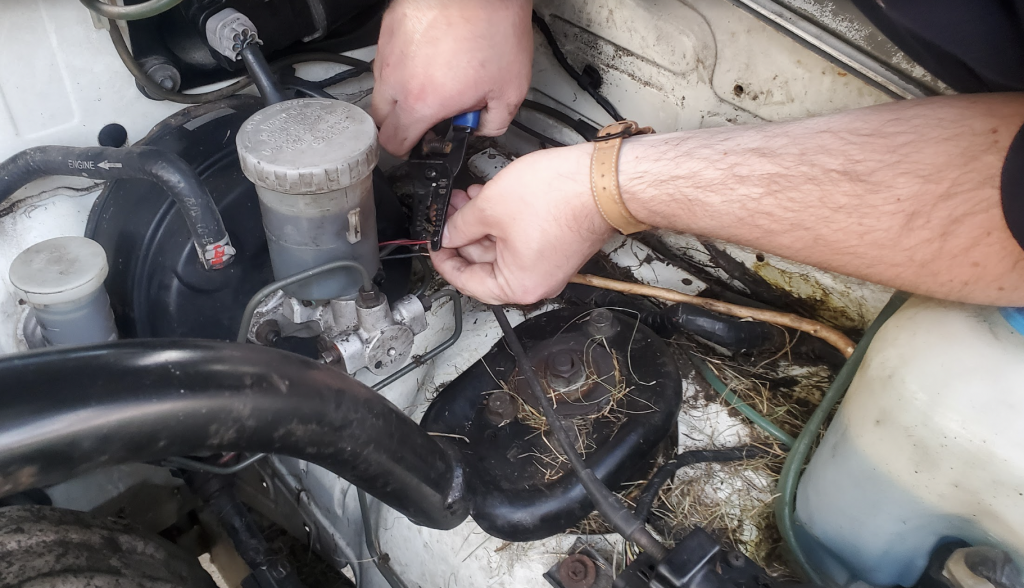 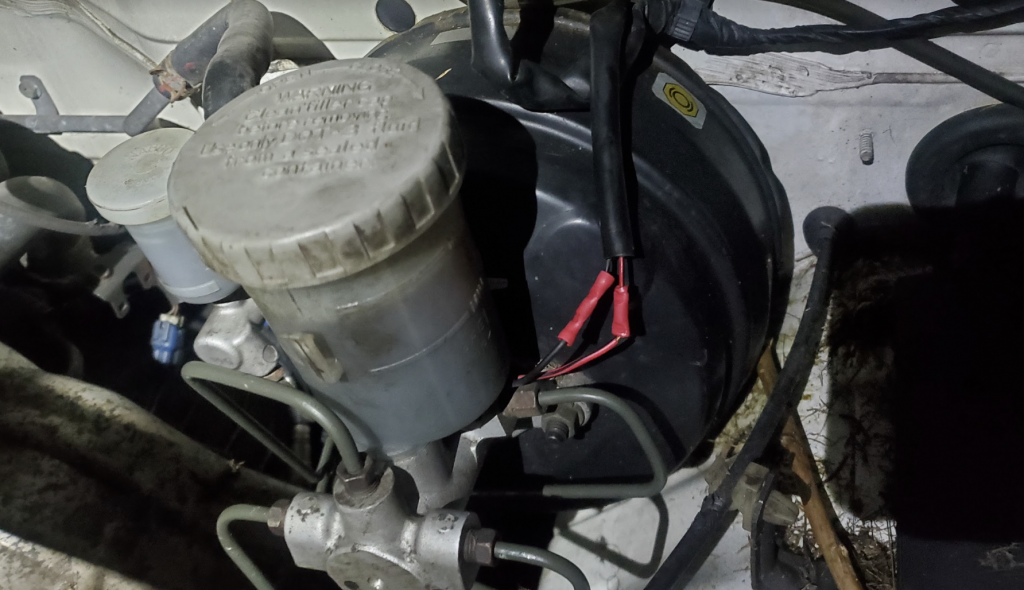 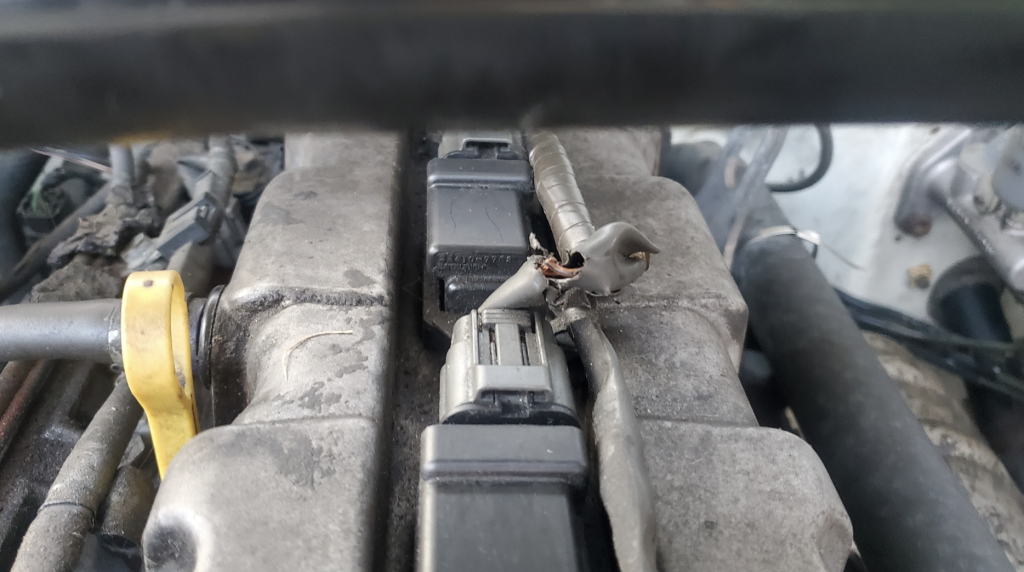 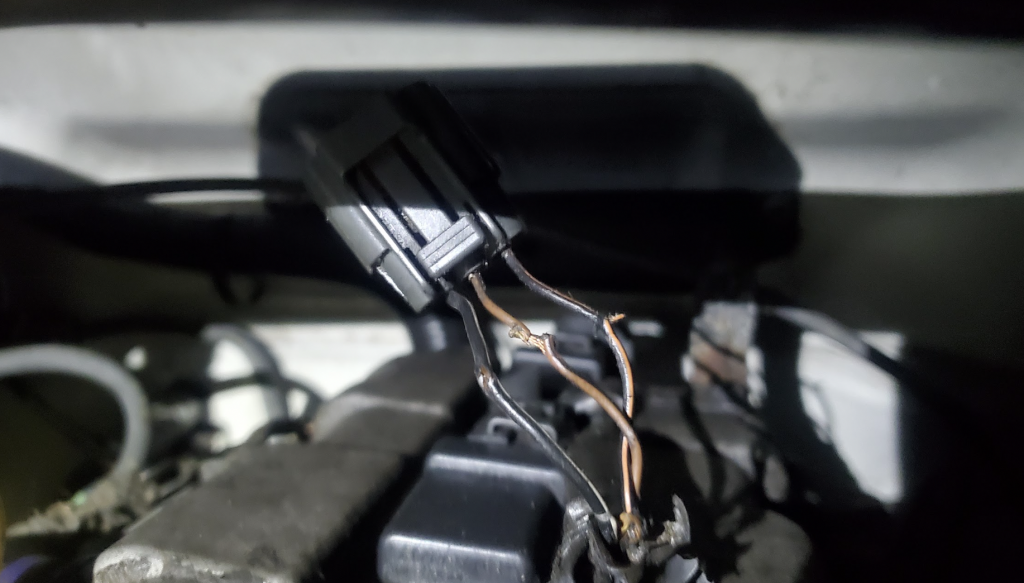 More alarmingly, whatever built a nest in my engine bay dropped quite a bit of dry grass into a pile on top of my catalytic converter. Had I not noticed this and gone for a drive, there’s a chance my vehicle would have gone up in flames: 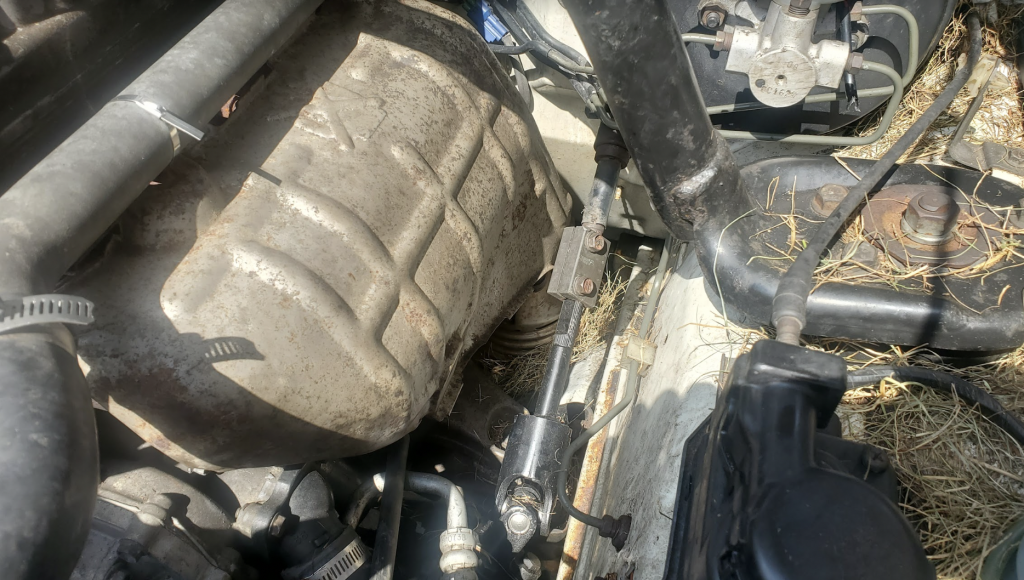 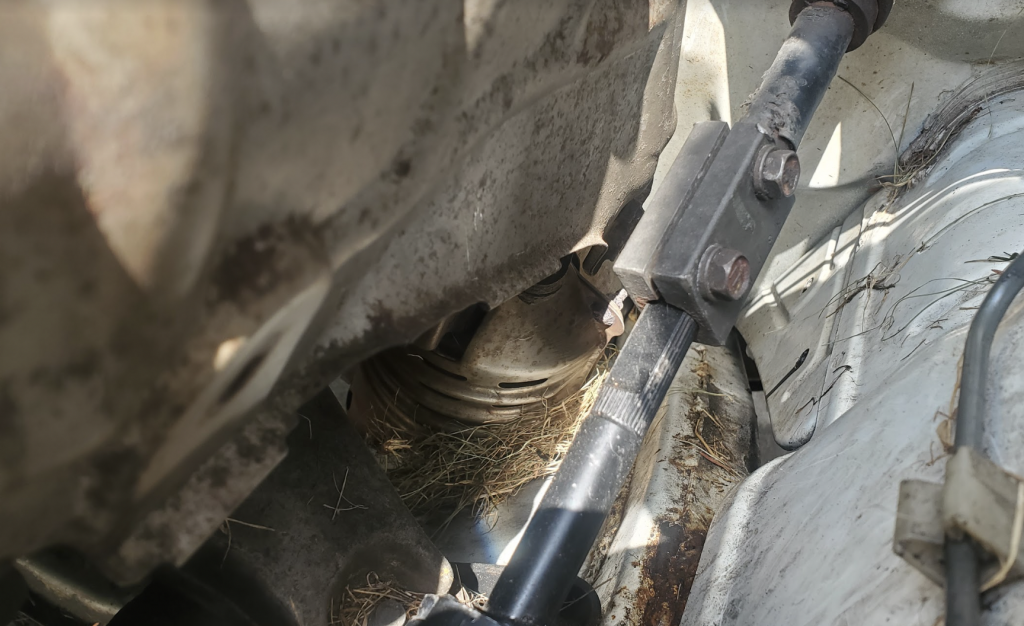 The electrical system is being charged properly, engine coolant temperature never even gets to the 12 o’clock mark on the gauge, and honestly, the little 2,950 pound Suzuki has been driving like a dream. It shifts great, it feels powerful even though I know it isn’t, and I have to say it handles better than any other vehicle I own by a fairly significant margin thanks to that modern independent suspension setup. 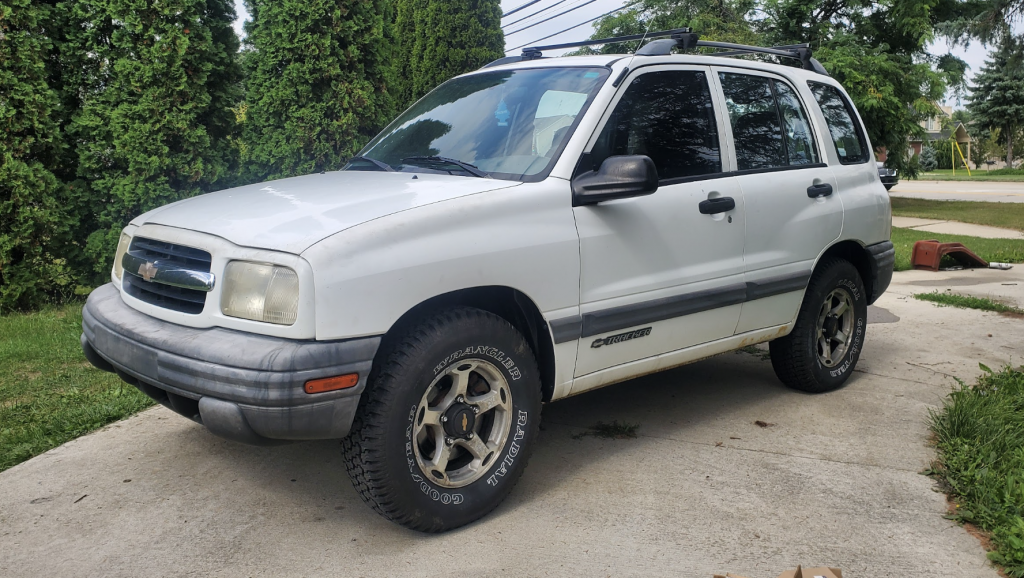 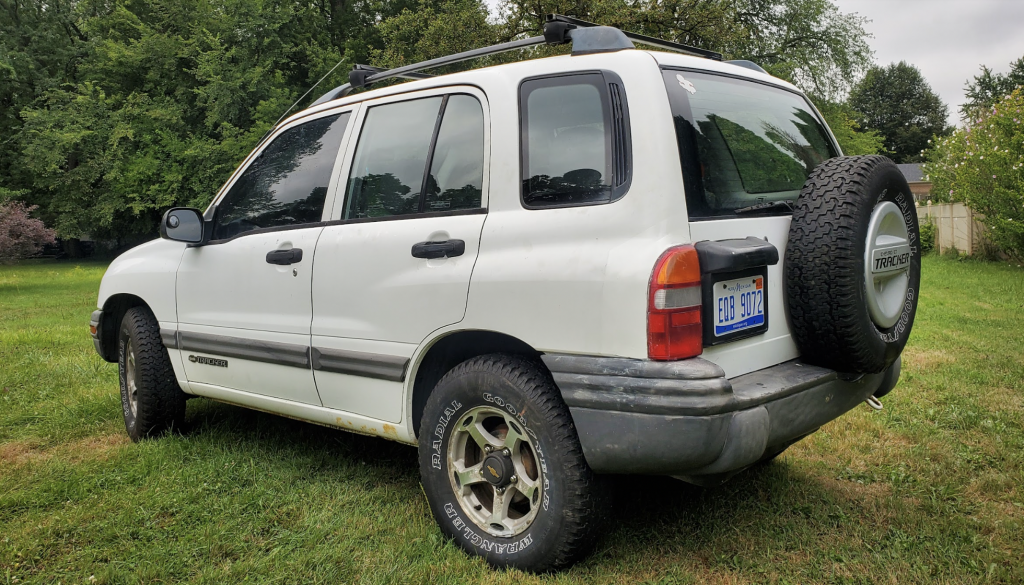 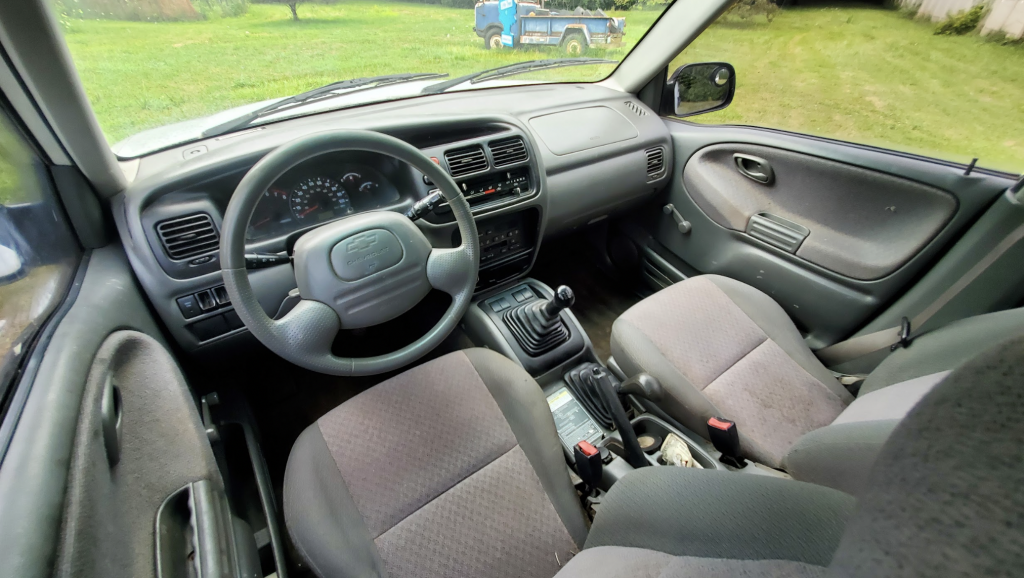 I was told by a Taco Bell drive-through attendant to shut my engine off, as she couldn’t hear my order over the sound of my rattly exhaust. I need to fix that and steam-clean the interior, but overall I think — even with about $2,200 spent all-in, plus many hours of my time — this little Suzuki has been a score.