“Wow, you’re much shorter in person than I realized,” said the woman with the fantastic wood-paneled Buick Roadmaster wagon, looking (down) at me with a mixture of confusion and, maybe, alarm. She was absolutely correct, of course. I’m much shorter in person than even I realize, and yet that never gets in the way of enjoying some fantastic cars, of which plenty were brought by our incredible Autopians. I realize for a number of ridiculous, insipid reasons (“I’m thousands of miles away,” “I have a court date,” I’m in the hospital, bleeding”) many of you couldn’t make it, so allow me to show you some of what you missed.

The turnout was far better than I expected. In my mind, as I drove to the event, I was sort of expecting maybe one or two other cars parked sadly in a corner of the parking lot, one of which maybe would be holding an irate reader who just wanted to yell at me for being such a numbnuts online, punctuating his loud, saliva-spraying points with a thick finger jabbed into my chest.

But that’s not what happened! At all! We had so many Autopians show up, rolling up in cars that spanned such a gleefully wide variety of styles, types, car cultures. mechanical lineages, you name it. So let’s look at them! 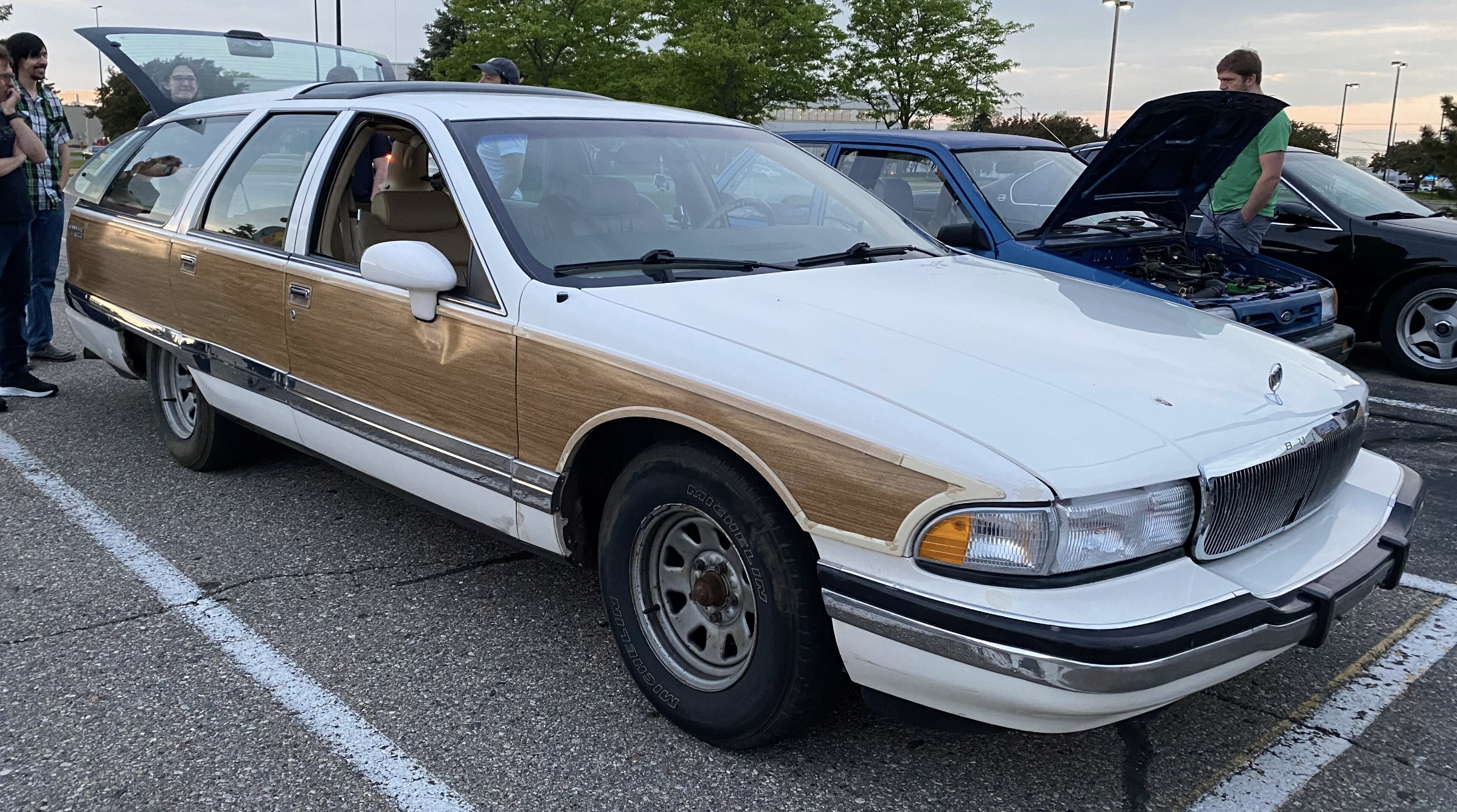 May as well start with this Roadmaster, complete with the Vista roof window and the remarkable, Black Magick-engineered dual-hinge tailgate that, as you can see, can open like a massive door or drop down like a tailgate:

Such good stuff on this wood-paneled whale of a car. There were also a whole coterie of cars that showed up that could easily be considered prime Torch Bait, in that if you wanted to set a trap to capture me, perhaps to raise me for my meat or whatever your perverse goals are, any of these cars would do the trick. 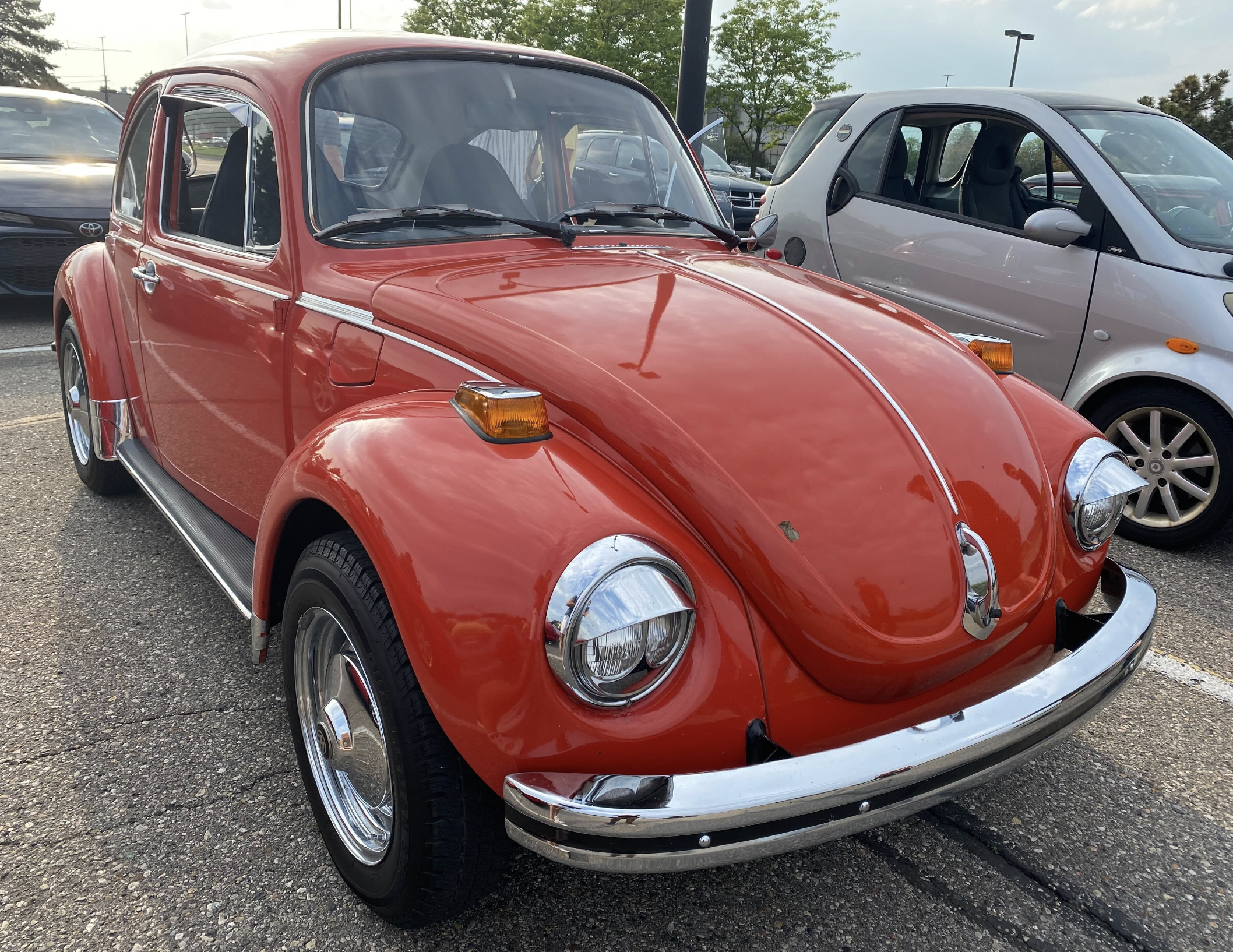 Most obvious was this incredible 1973 Volkswagen Super Beetle, the first year with the big, curved windshield and the “real car”-style dash. This one was in shockingly good shape, and the engine ran perfectly, making all the right sounds. The interior was like new as well, and even the cardboard trunk liner looked like Ford was still in the White House. Wonderful. 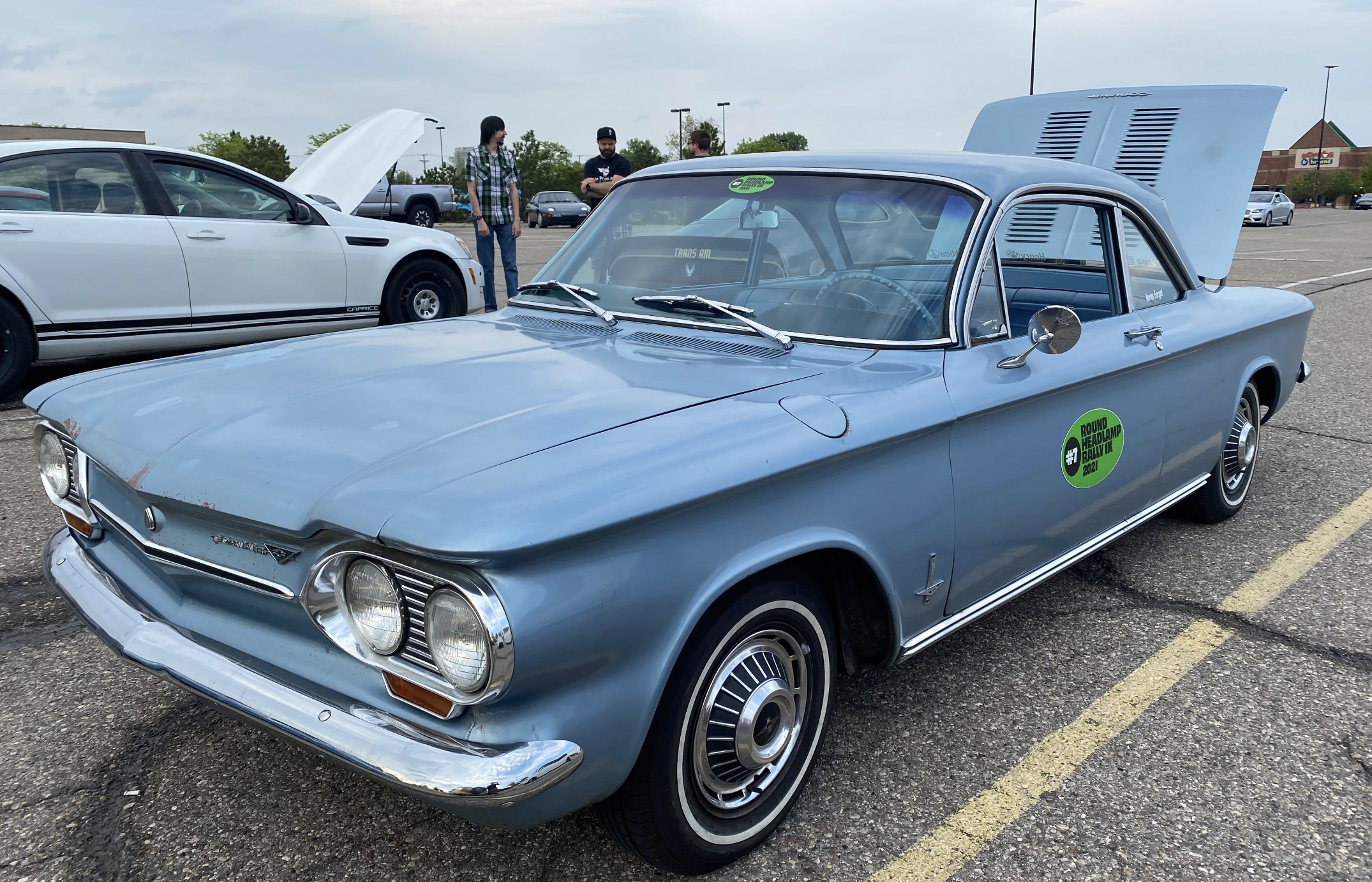 Keeping things rear-engined and air-cooled we had this glorious first-generation Corvair coupé, all charming and classy and blue. This was a real delight to see, especially when the owner, understanding his audience with an almost eerie perception, offered to let us watch that crazy 90° fan belt do its thing: 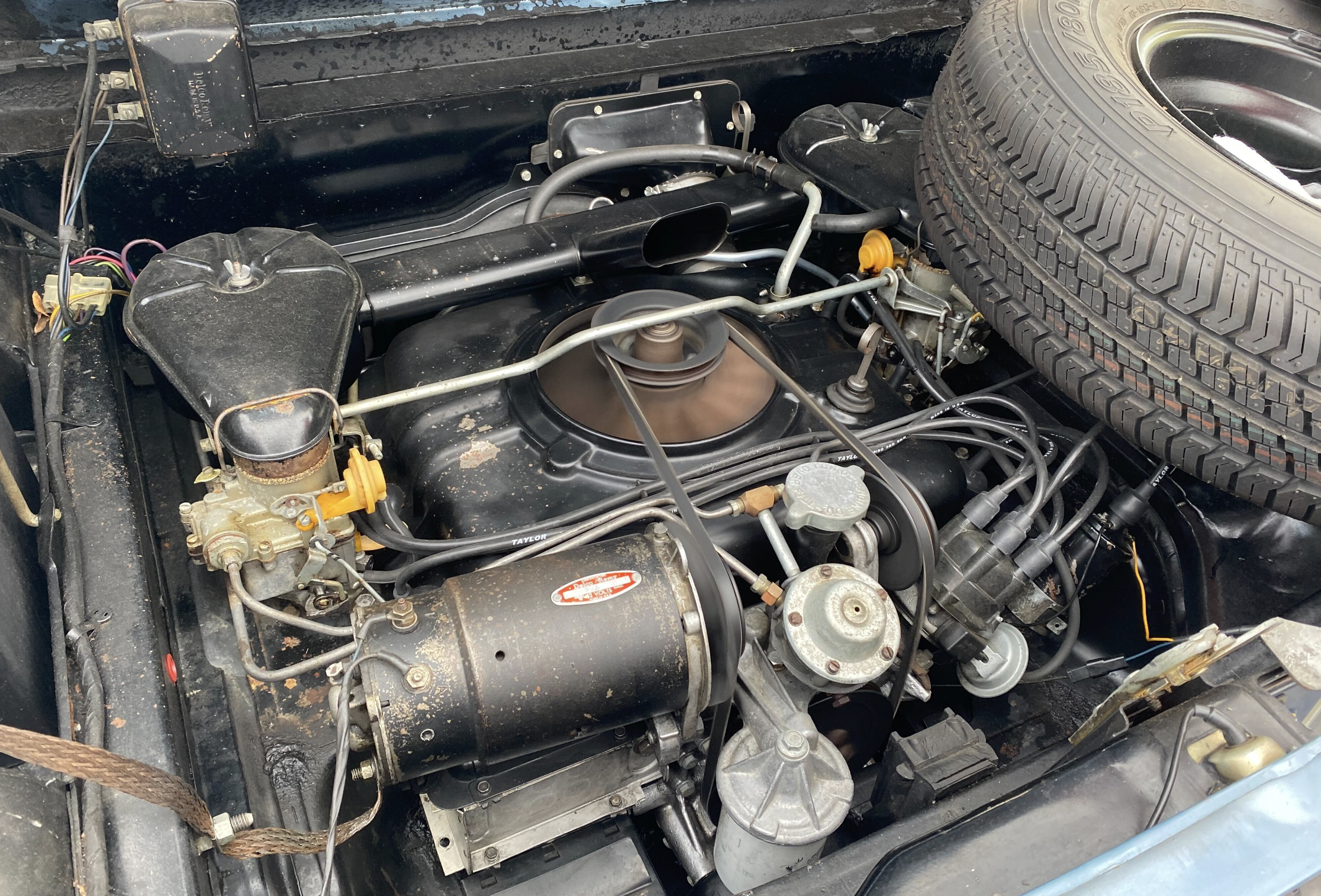 This thing sounded so good. 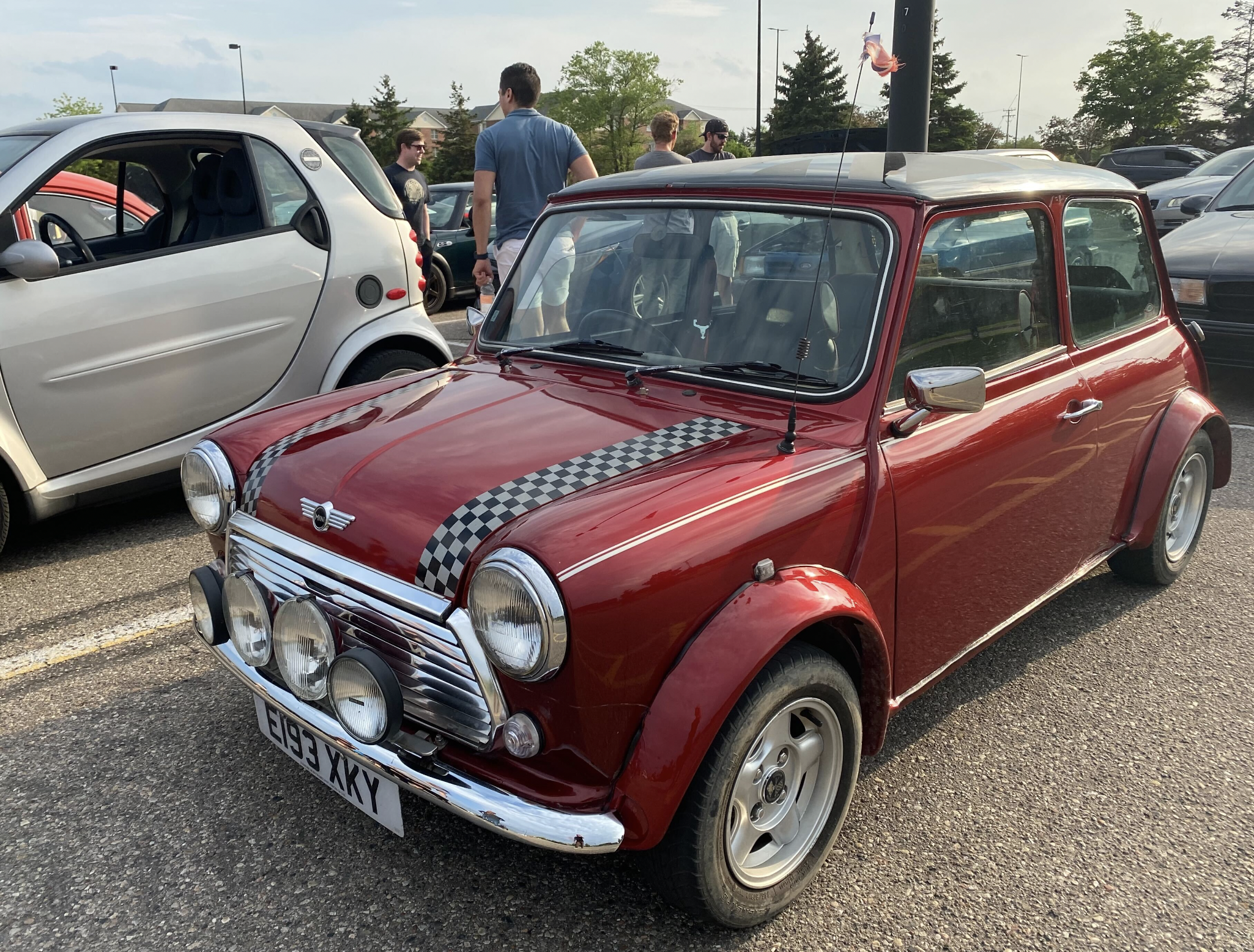 How about this scrappy little guy? A 1980s Mini, of some special edition whose name escapes me. Something like pepper or chili-related? I don’t feel like looking it up right now but I did like the fender flares and clear-lensed taillights.

Speaking of taillights, I was given a taillight by one of our Autopians! 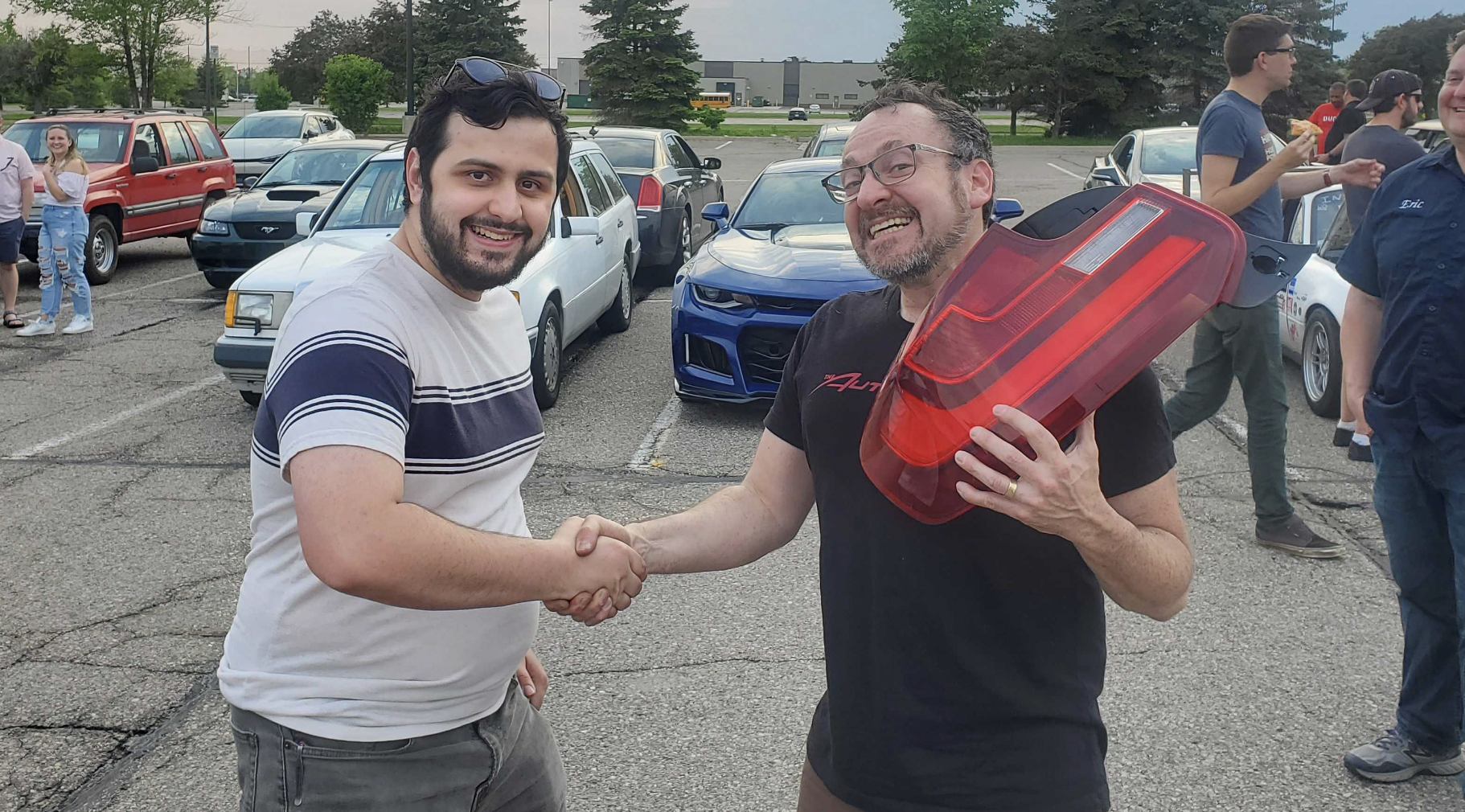 Yes, this fine 2-series light is now mine, all mine, to scrutinize and contemplate. The hockey-stick section in the middle glows with a really satisfying diffused light, too.

Also on the taillight front, check out this dedication: 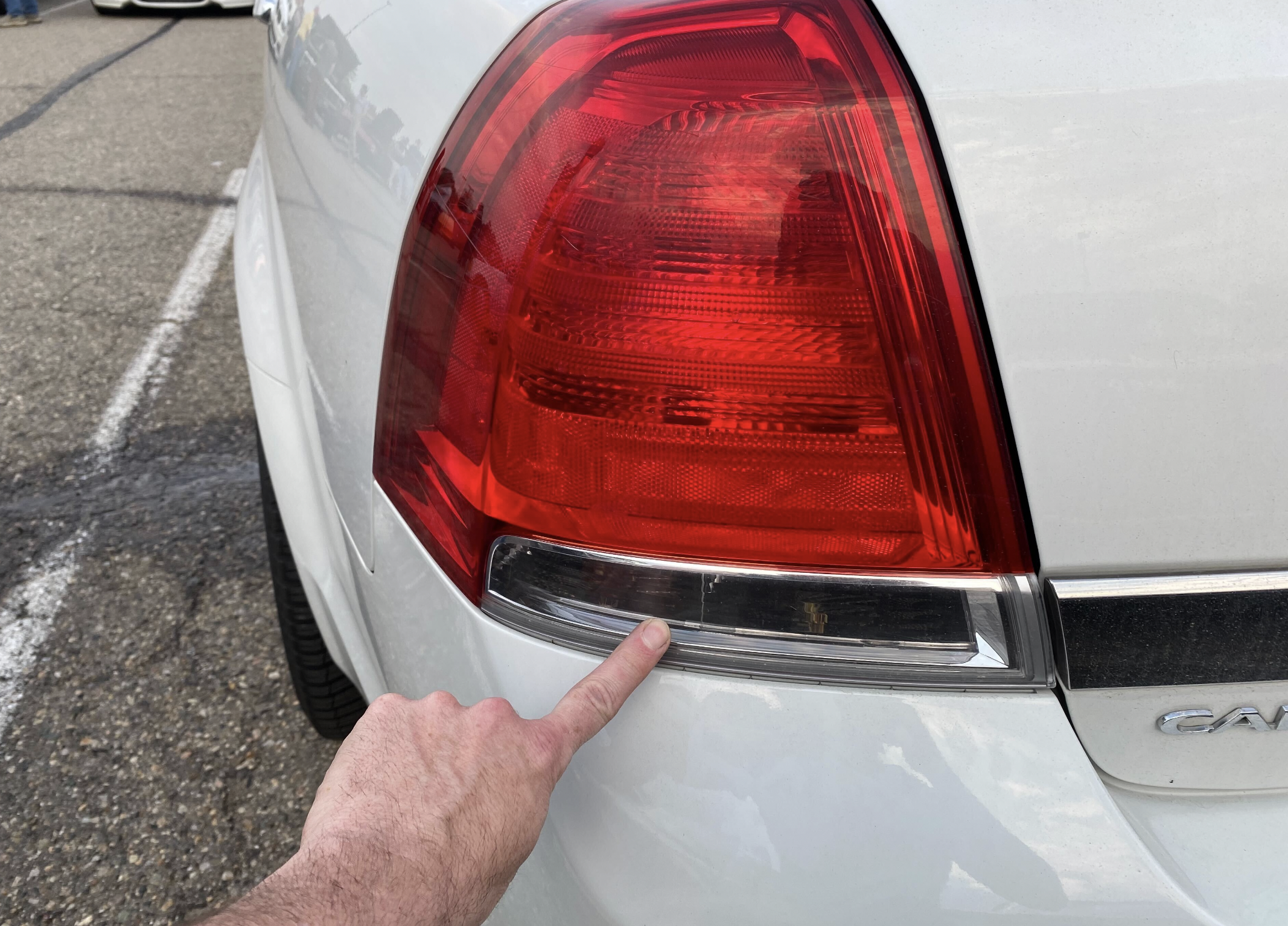 One reader brought a cop-spec Chevy Caprice that he specially ordered Australian-market taillights so he could have amber rear indicators! Dedication, love to see it.

[Editor’s Note: Our stupid CMS lost everything I wrote from this point on so I’m having to re-do everything and boy am I not happy about it — JT]

Okay, back to these Torch-bait cars. Remember the Corvair? Well, the guy who brought that’s son also showed up, and look what he rolled in with: 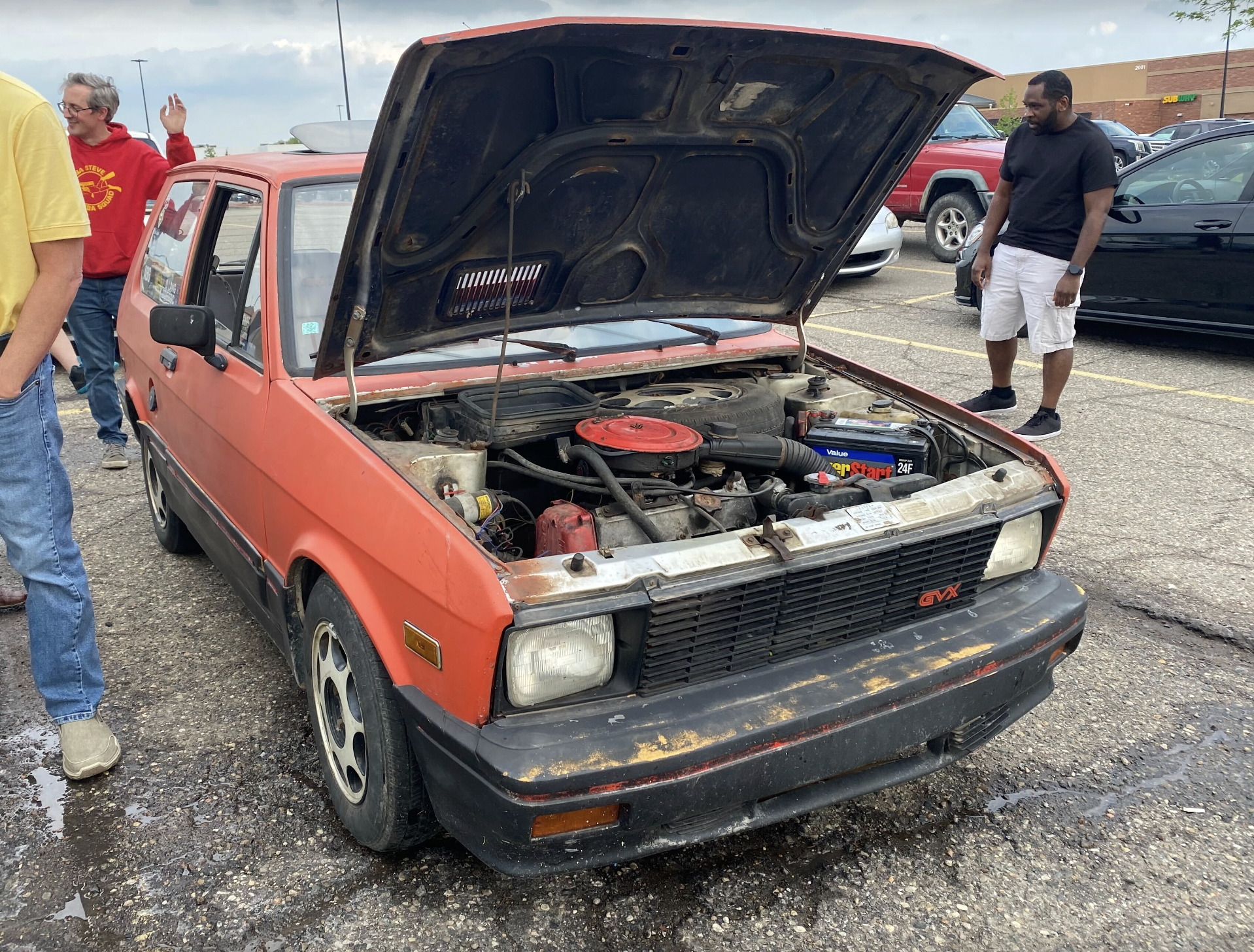 Yep, a Yugo! A Yugo GVX, which was carbureted (unlike my Yugo GV Plus, which if fuel-injected for some real power) but still was sort of a sporting model, as it has “ground effects” plastic on the side and bigger bumper covers and some kicky seats.

The Yugo pilot takes this thing on long road rallies like the Lemons Rally and has a fuel cell in the back that likely costs more than the entire car. It’s great.

Alright, let’s show that not all Autopians are content do toodle around in little shitboxes; some genuinely valuable cars showed up as well, like this incredible TVR Chimaera: 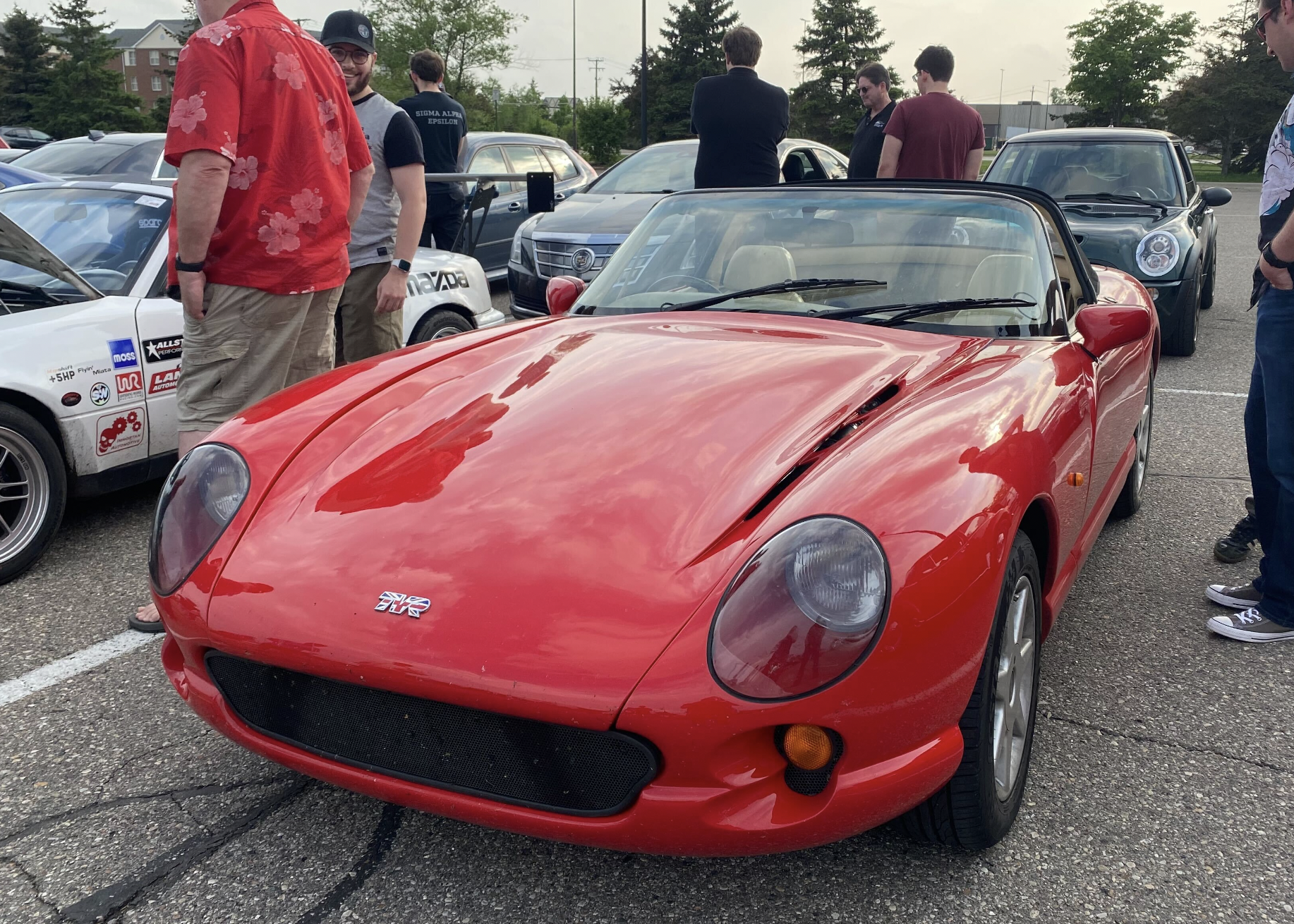 There’s so much to say about this car, but as usual I want to focus on one of the stupid details. Here, look at the center console: 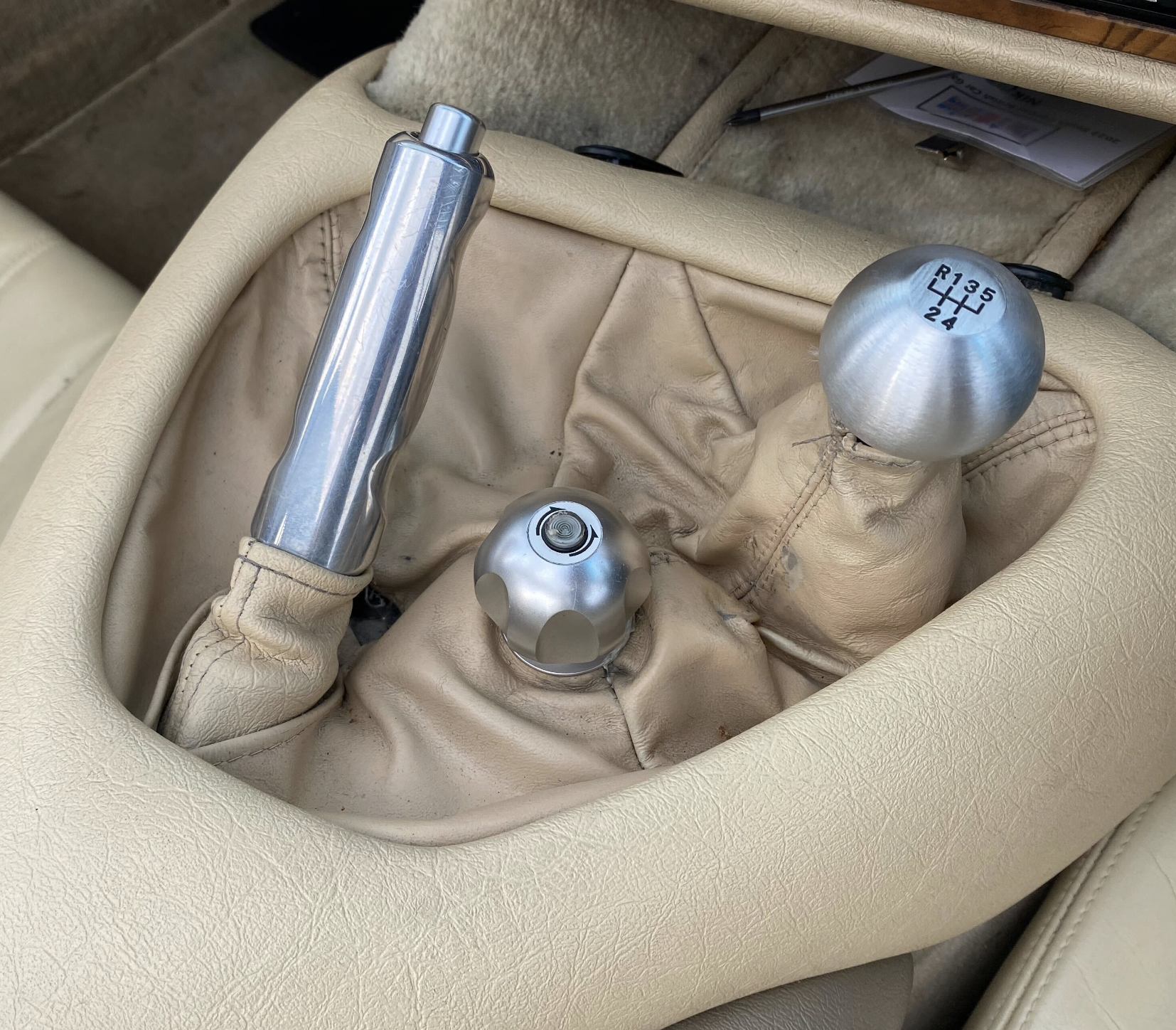 What do you think that center brushed aluminum knob does, nestled there in that oddly scrotal area. Want a hint? Look at these: 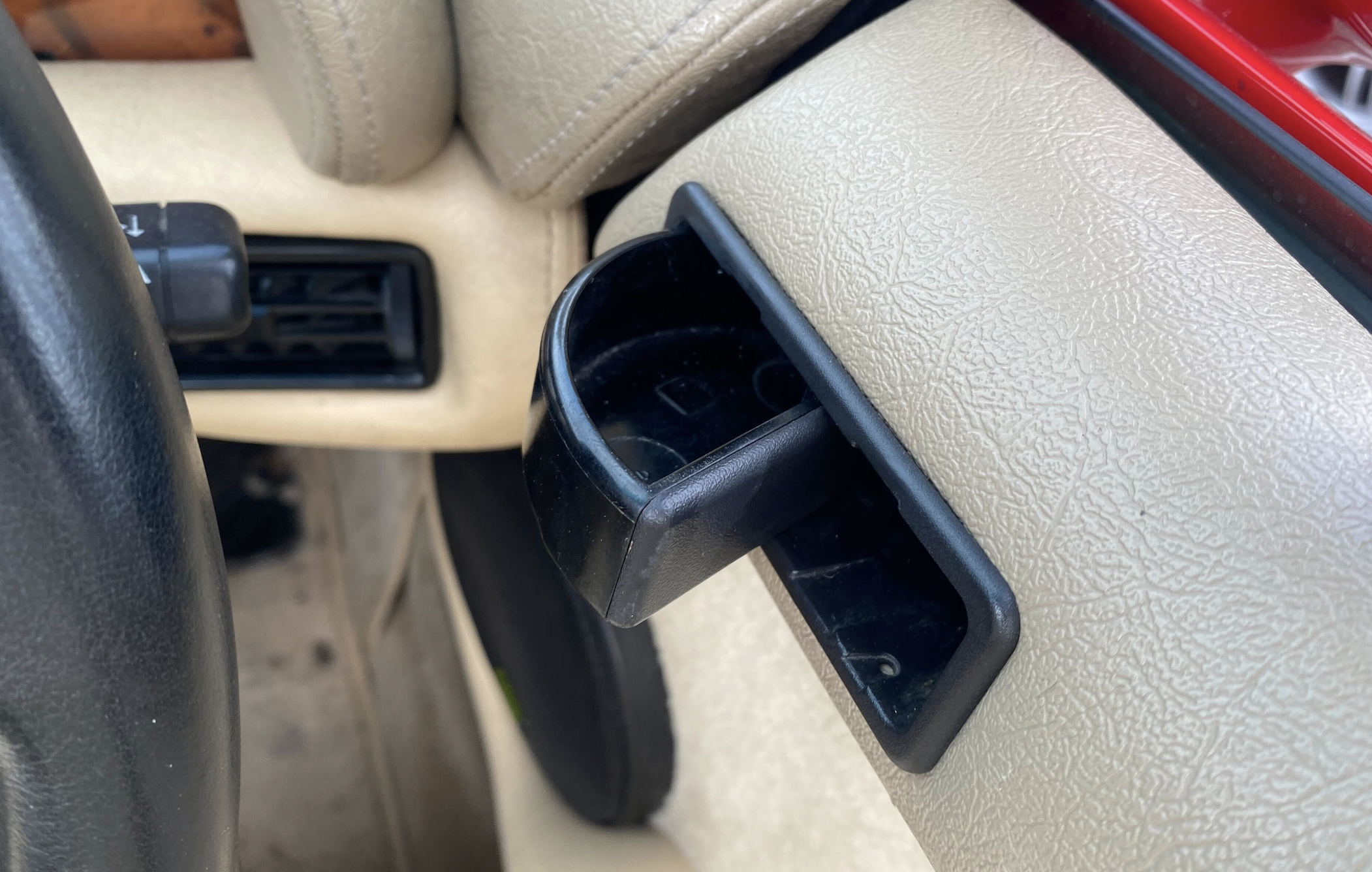 That’s an ashtray on the door, looking exactly like an interior door handle, only it’s not, because it’s an ashtray. You know why? Because that bonkers little knob in the nutsack there is how you open the doors. Only TVR would think that a central, rotating knob made sense for door opening. Love it.

TVR too big for you? Autopians have a solution: 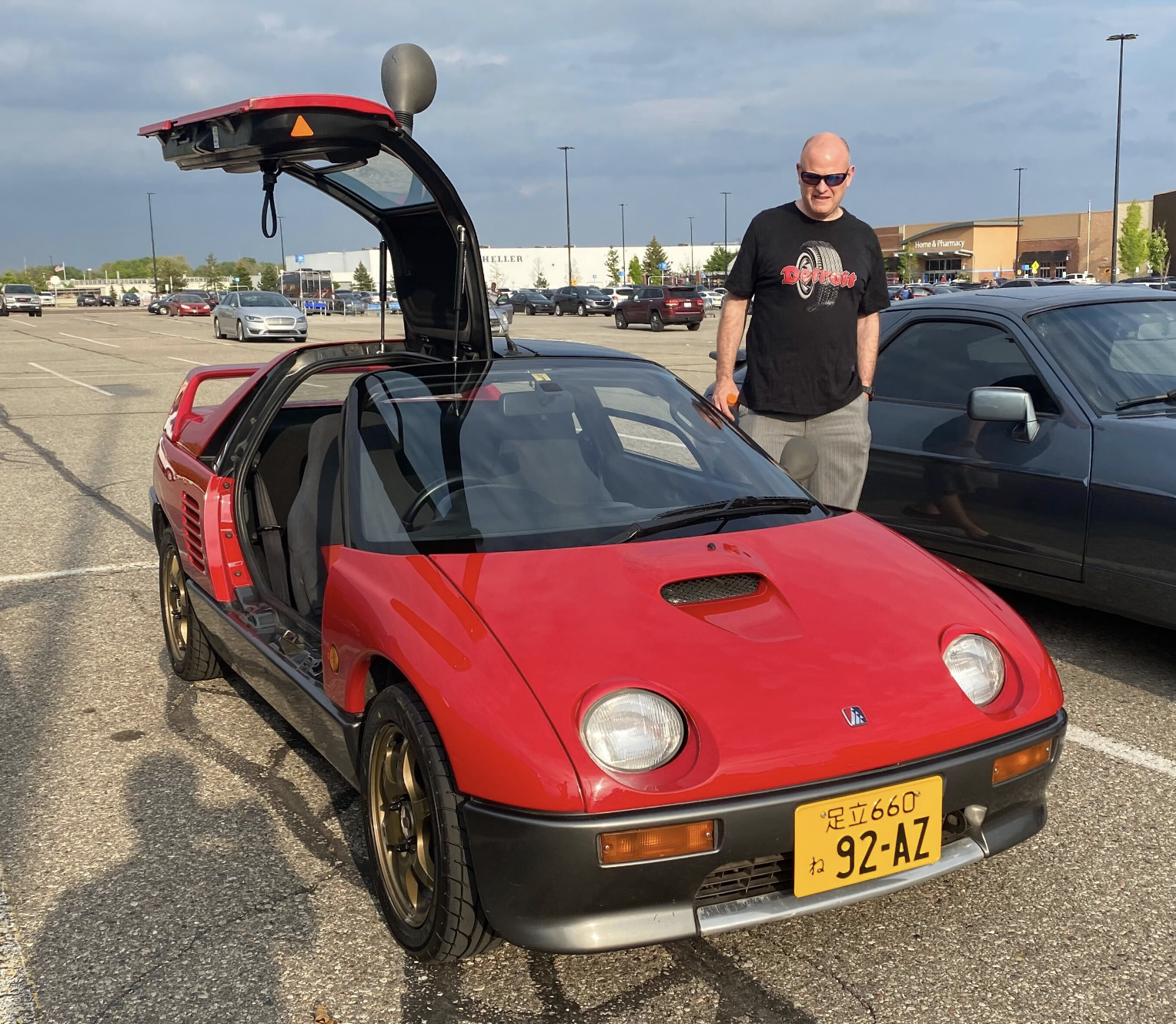 How about an Autozam AZ-1? This astoundingly clean little example was like 16 pounds of charmium crammed into a coin purse. Also, ever wonder what it looks like under the front hood of an AZ-1? We goit you, fam: 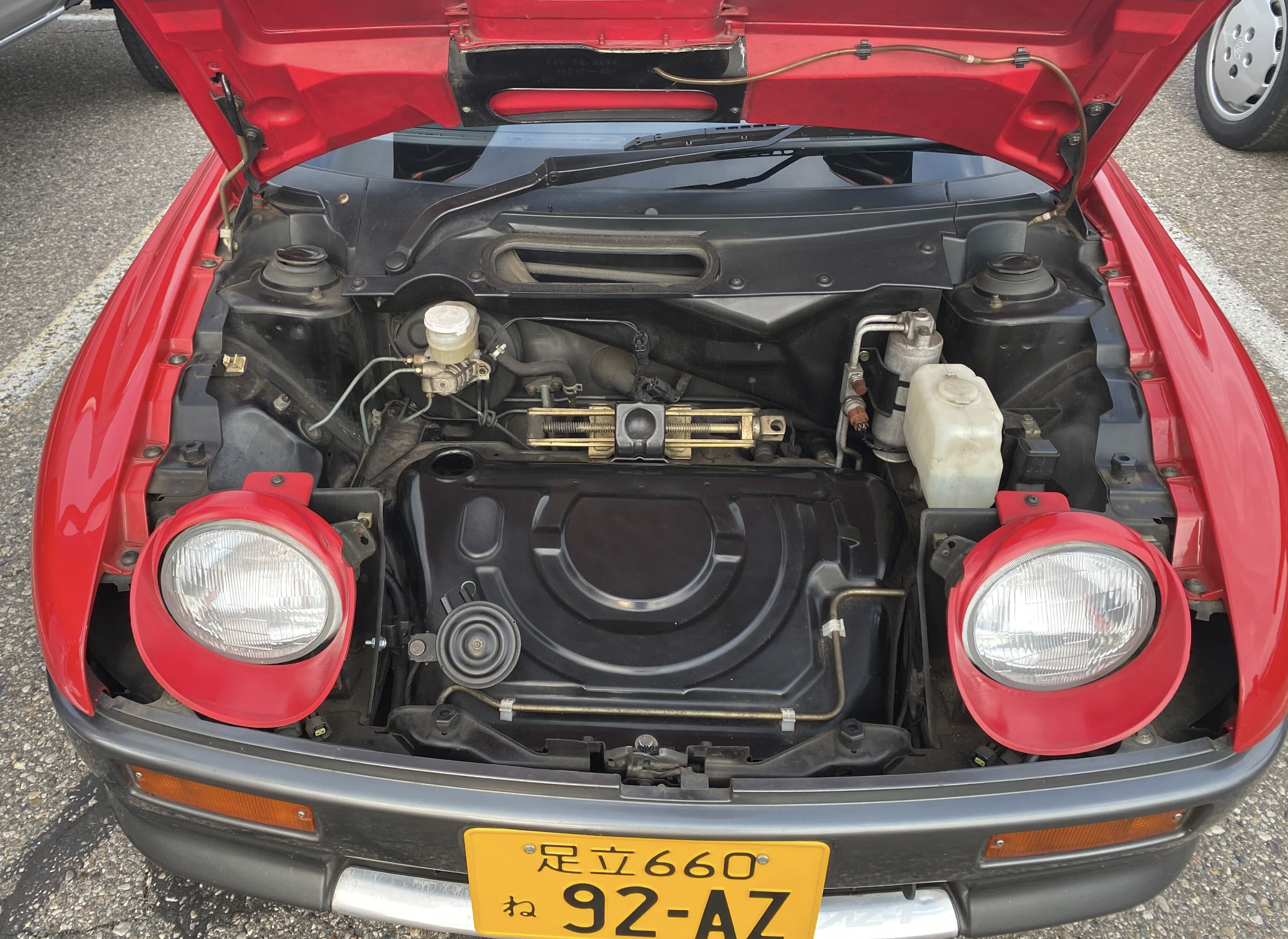 Honestly, more room than I thought! 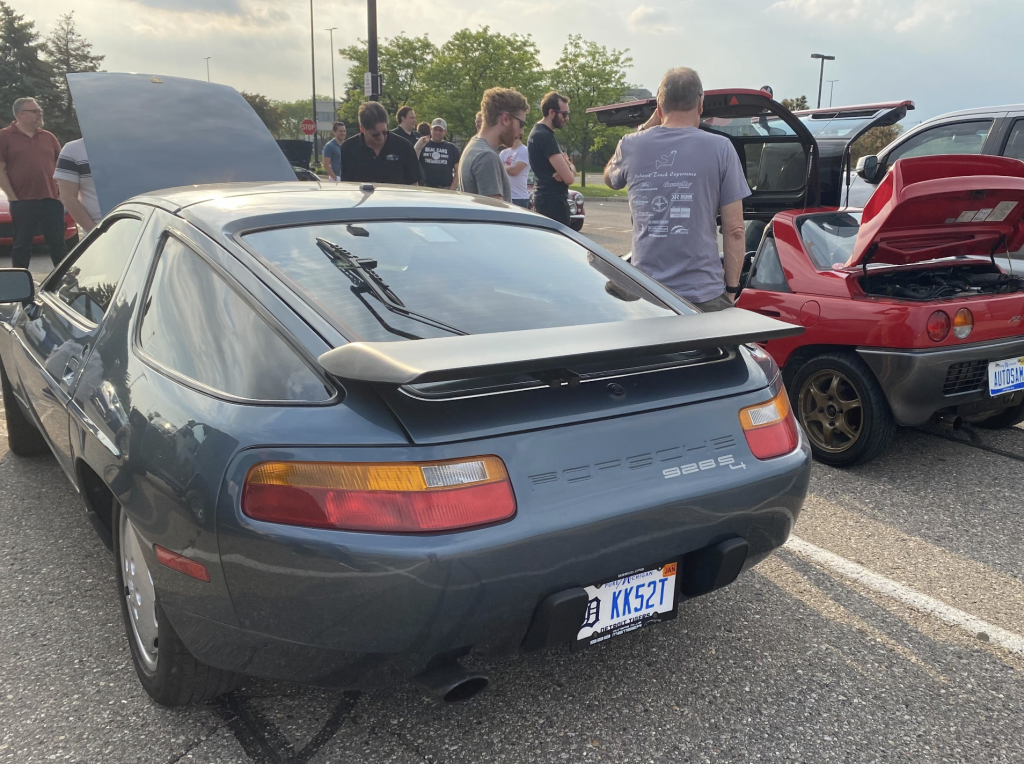 Want to know an amazing weird detail about the Porsche 928? No, not that one. This one: 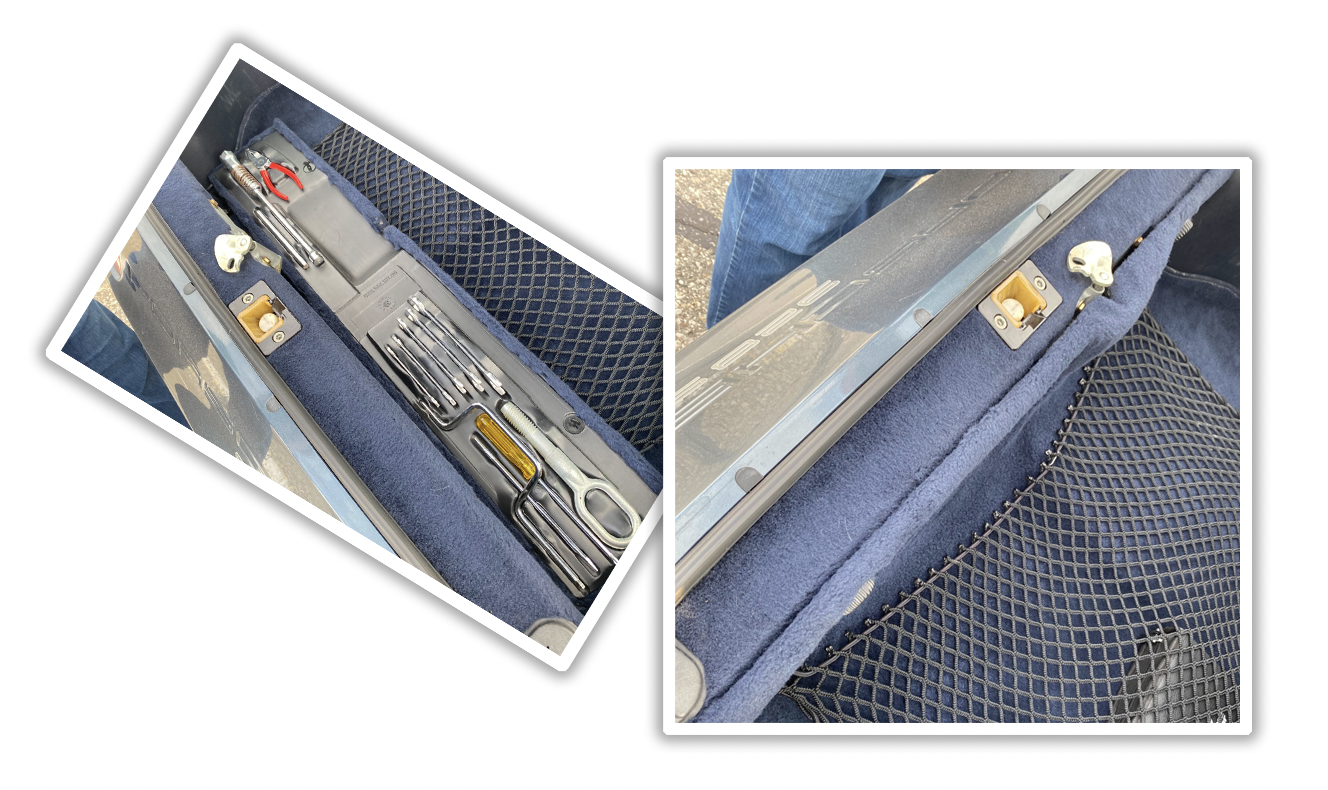 That’s the tool kit on the left there. Nice, well-populated toolkit. But what makes it great is how it just folds right up into the rear trim, all clever and clean and hidden and so good I just want to spit. 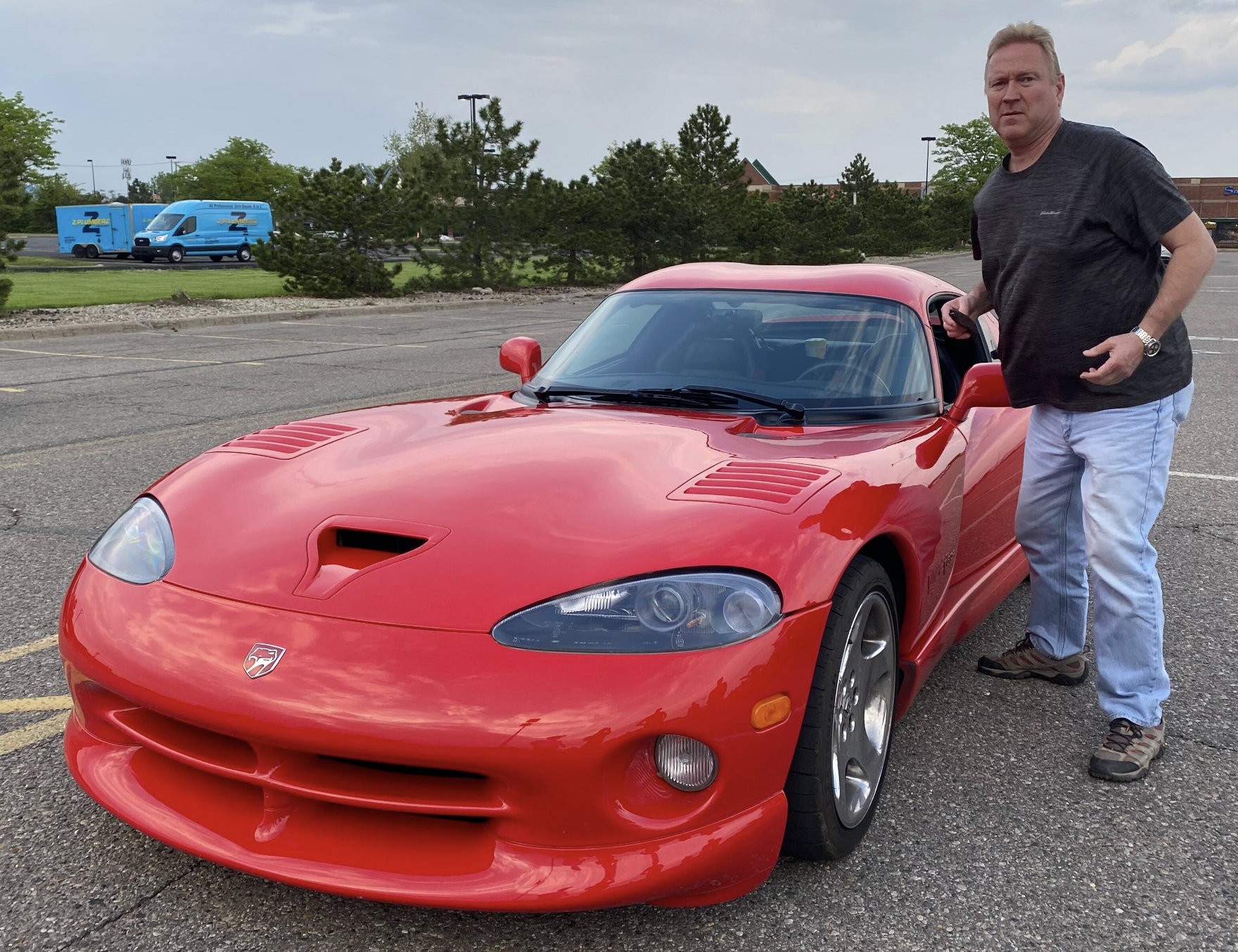 We also had the internet’s best-known lemon-lawyer, Steve Lehto here with his stunning Viper. Look at this glorious detail Steve showed me about the Viper:

[Editor’s Note: the fucking system crashed again and lost the rest of the post, so I’m just publishing it and going to add it back in real time, or until I finally lose my shit and explode, in rage. — JT]

This is a little liquid, graduated level for aiming the headlights. I’ll have to dig deeper into this! 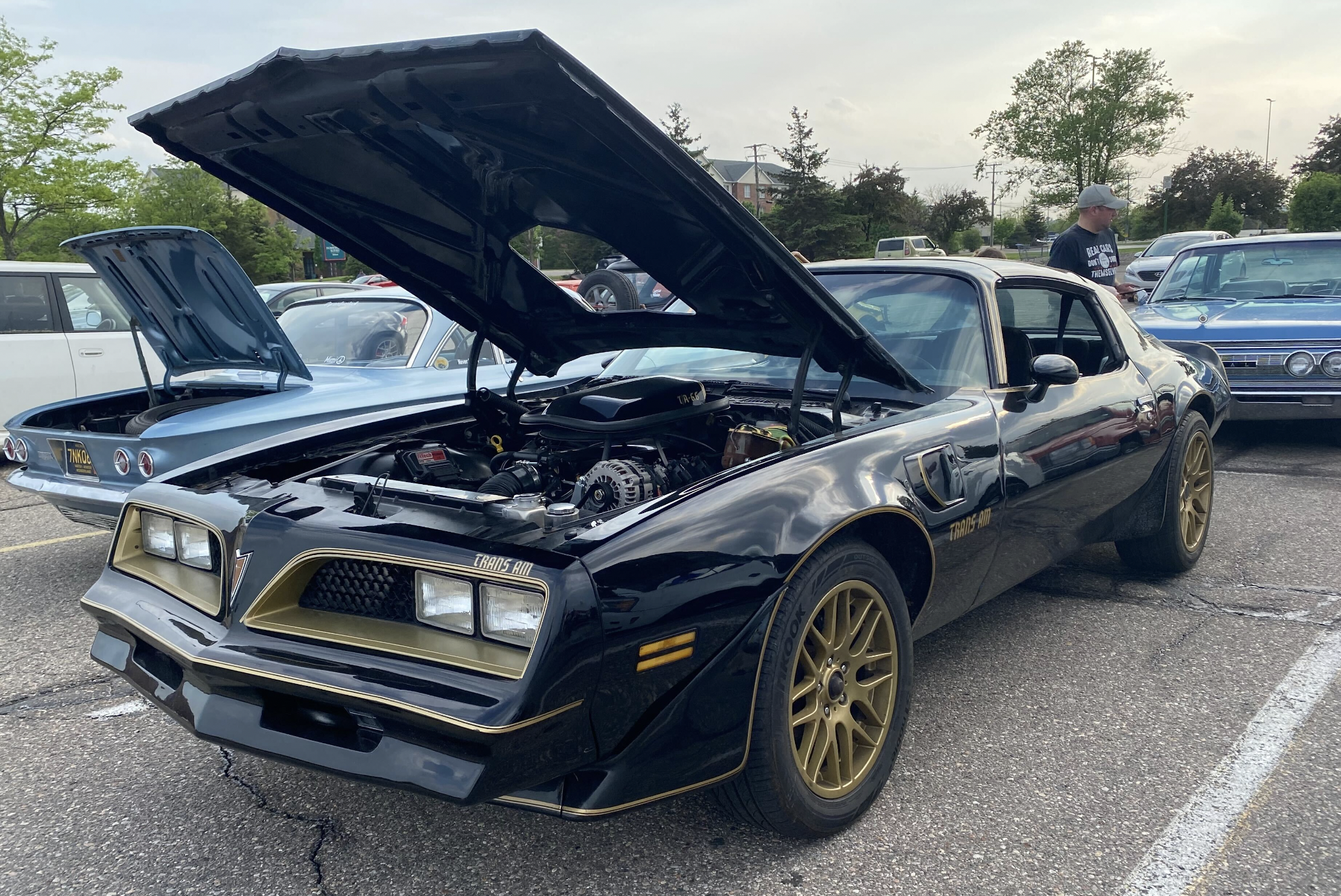 Look how clean and perfect this time-capsule Trans Am is! 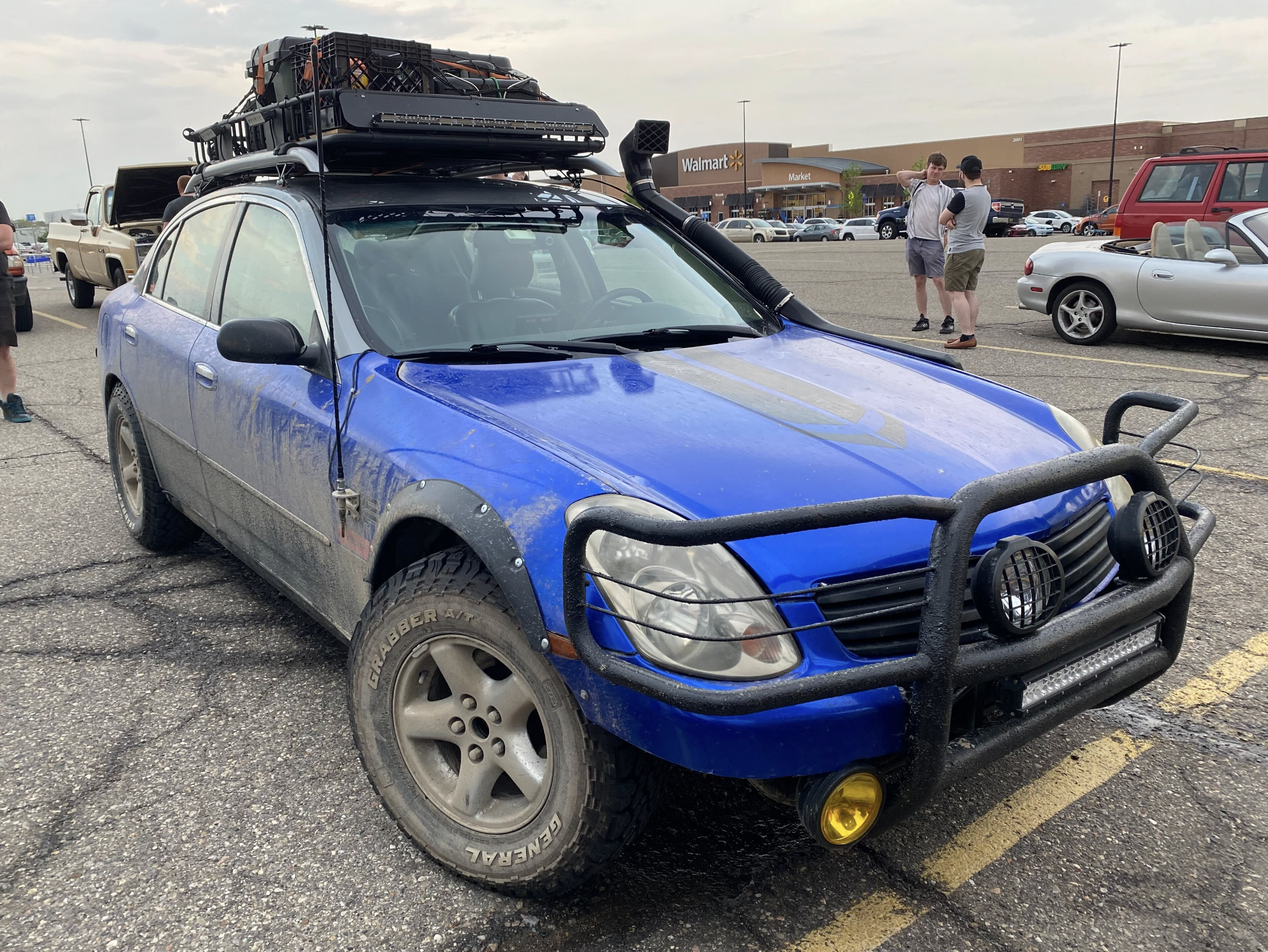 This off-road modified Infiniti G35 was an incredible sight to behold. It’s perhaps the only Infiniti G35 with a freaking snorkel, for flapjackery’s sake. And it gets actually used off-road, to the point where the grime was so thick and rich that I could inscribe the Autopian logo into the back with the relative cleanliness of my finger: 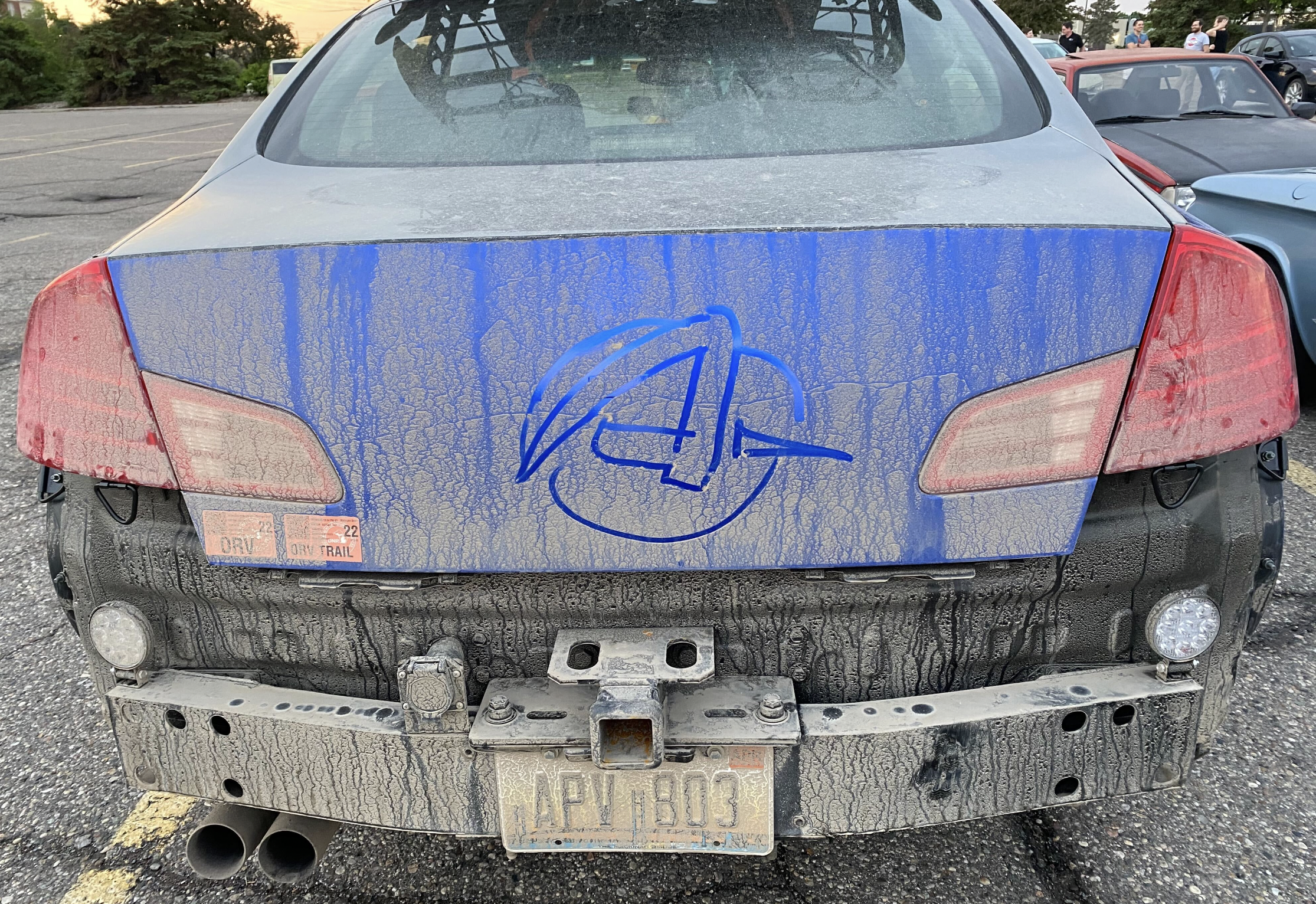 Old MGBs are tragically under-appreciated, I think, and I was thrilled to see this really well-sorted example: 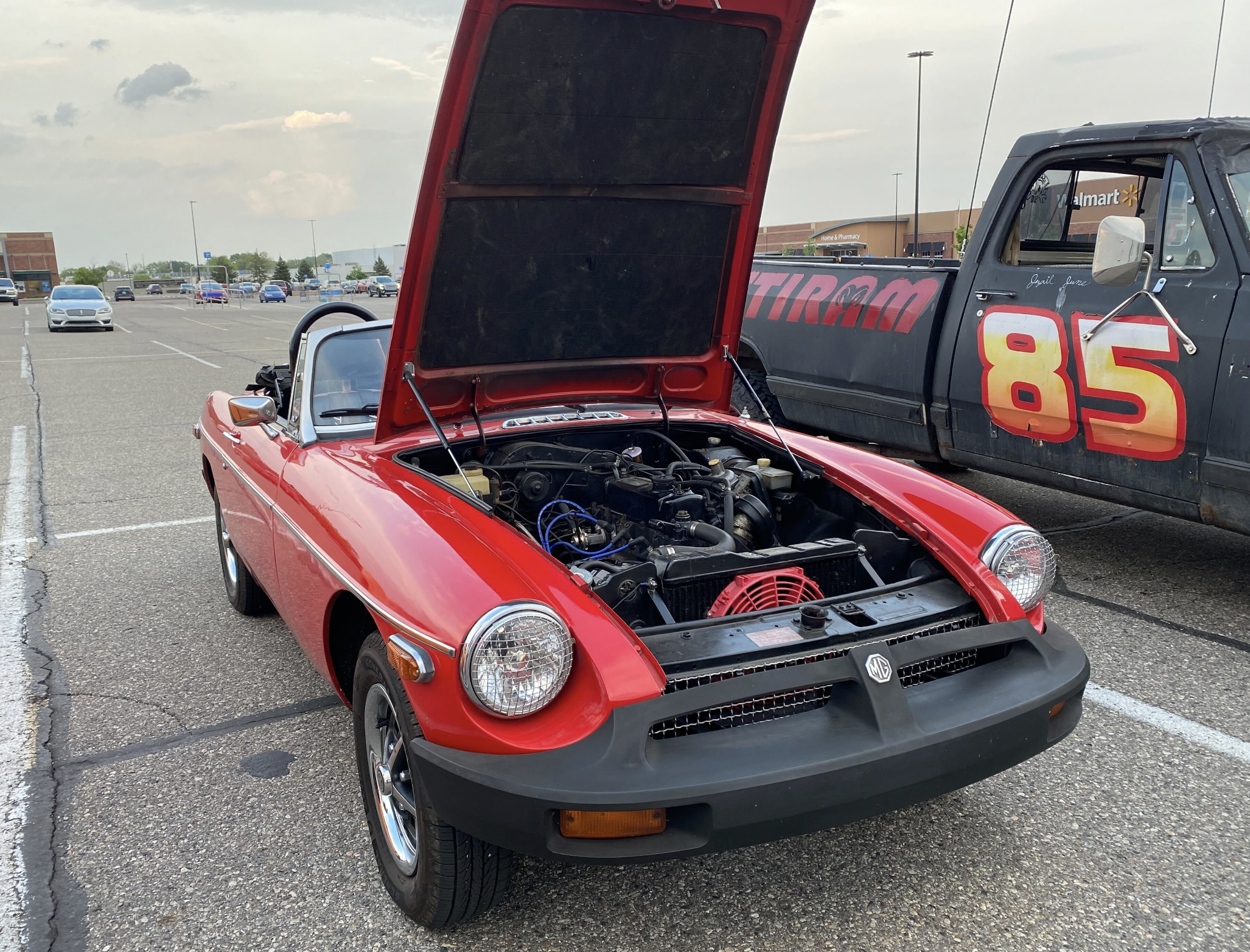 The intake on these looks like it was cobbled together by a Victorian tinkerer who sourced the parts from his failed steam-dirigible experiment. I’ll have to do that up in a future post, too. 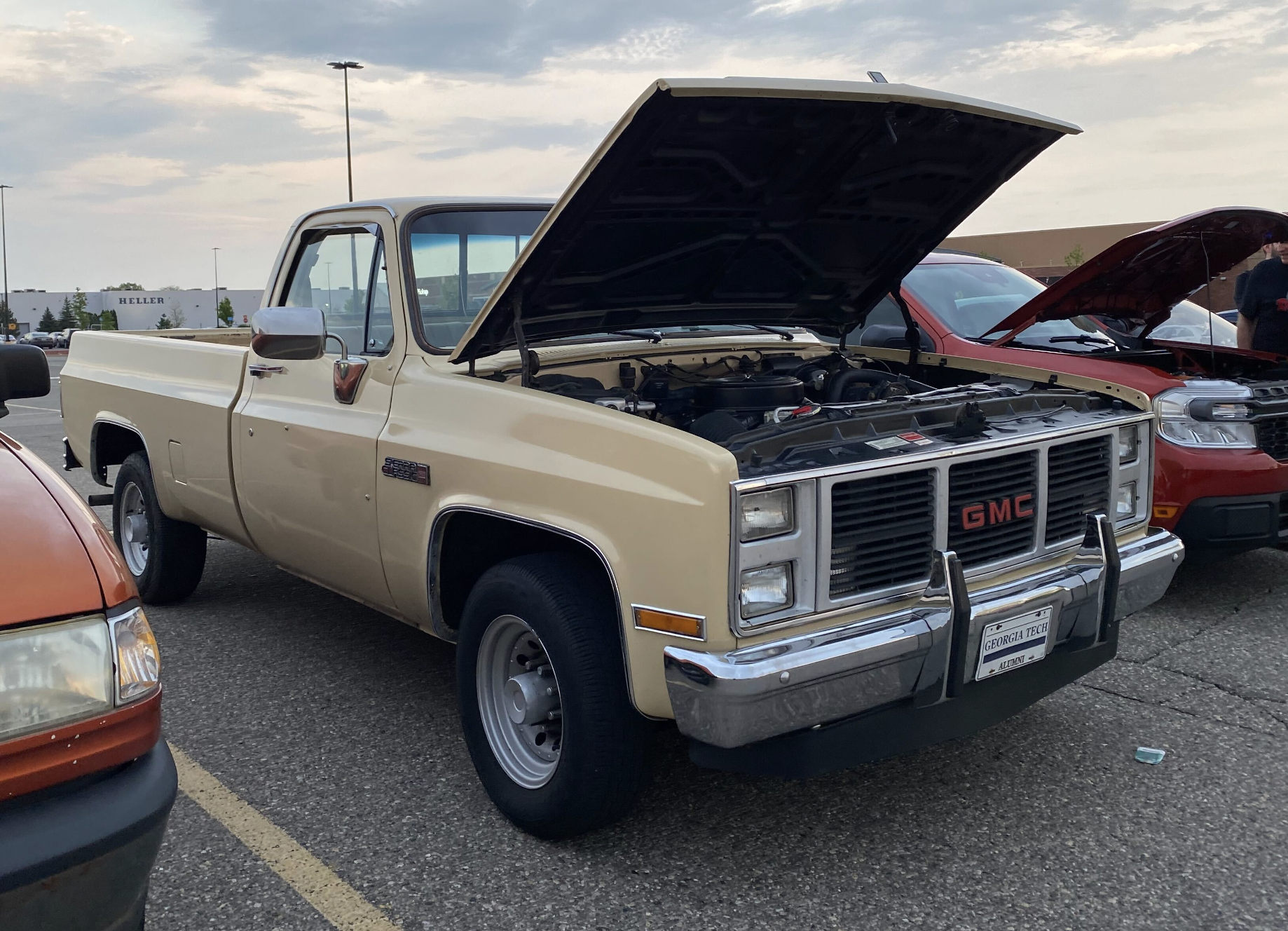 This lovingly-restored GMC Sierra was a real treat as well, being such an ideal example of a sort of hardworking, unpretentious American truck. 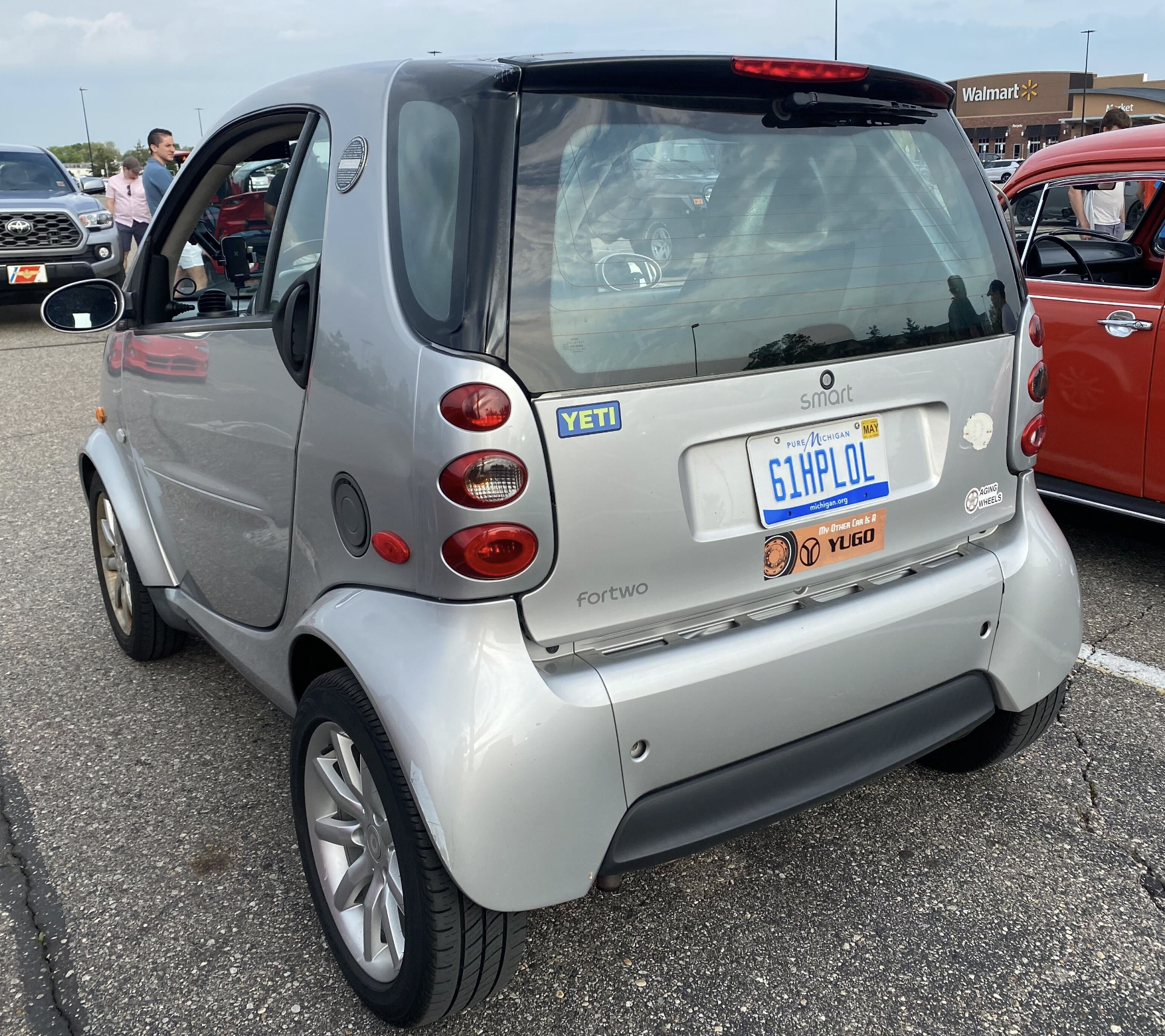 This non-US-spec Smart car was incredible, too, and that bumper sticker is accurate: this man’s other car is a Yugo.

I lost a lot of images of amazing cars, so if you came and don’t see yours, my apologies.

But I’d also like to sincerely thank everyone who showed up and helped us see what a really stellar community we’re building here.

We’ll do more of these, wherever we can. You’ll see!

I'm a co-founder of the Autopian, the site you're on RIGHT NOW! I'm here to talk to you about taillights until you cry and beg me to stop, which I absolutely will not. Sorry. Hug? Also, David's friend.
Read All My Posts »
PrevPreviousThree GMs And A Ford Vie For Shitbox Of The Week: Which Is Your Favorite?
NextThe Renault Scénic Vision Is A Plug-In Hybrid Concept Car Like You’ve Never Seen BeforeNext