Three GMs And A Ford Vie For Shitbox Of The Week: Which Is Your Favorite?

Happy Friday! It’s been an odd week for me, and a week of some surprising Shitbox Showdown results. I never expected that “some assembly required” Chevy Sprint to win. Yesterday’s result was no surprise, however:

You have no idea how much I wanted to find a decent, worthy Camaro to make this a fair fight. This is the best I could do on a truncated timetable. Mustangs in this condition and price aren’t hard to come by, but it’s getting hard to find any Camaros between “Mecum-ready” and “Daddy’s shootin’ car.” Maybe someday I’ll do a re-match, with ’70s models. That should be a fairer fight.

(Oh, and “Camero” was all David; he keeps having to re-do the polls because my laptop doesn’t want to save them correctly for some unknown reason. Gotta love technical glitches).

So with that, we have our four finalists. Let’s go through them again, and then you can vote for your favorite.

[Editor’s Note: Holy crap. Mark this day in your calendars folks, because it appears that our beloved Mr. Tucker — a man in touch with pop culture in a way that I could never dream to be, a man who wins every trivia night at his local bar and even sometimes corrects the moderators when their answers aren’t “technically correct” — appears to have missed a pop culture reference! “Camero,” of course, is not a spelling error. Well, it is. But I made it intentionally, because of the widespread joke that Camaro owners are a bit “dim” and therefore unable to properly spell Camaro. -DT]

[Second Editor’s Note: You will notice that today’s Shitbox Showdown is not on time. This, of course, is not the fault of the infallible (well, almost) Mark Tucker. But we can explain! You see, a 1973 Saab Sonett just came up for sale on the Troy, Michigan Facebook Marketplace, and Jason and I had to call the owner immediately to get more details. That led us both down deep Saab Sonett rabbit-holes (you may have noticed that today’s Cold Start was a Sonet), and before we knew it, Torch and I forgot about Shitbox Showdown because we were marveling at the Sonet’s incredible cross-brace that doubles as a coolant overflow bottle. We’re sorry; this won’t happen aga — actually, let’s just leave it at “we’re sorry.” -DT] 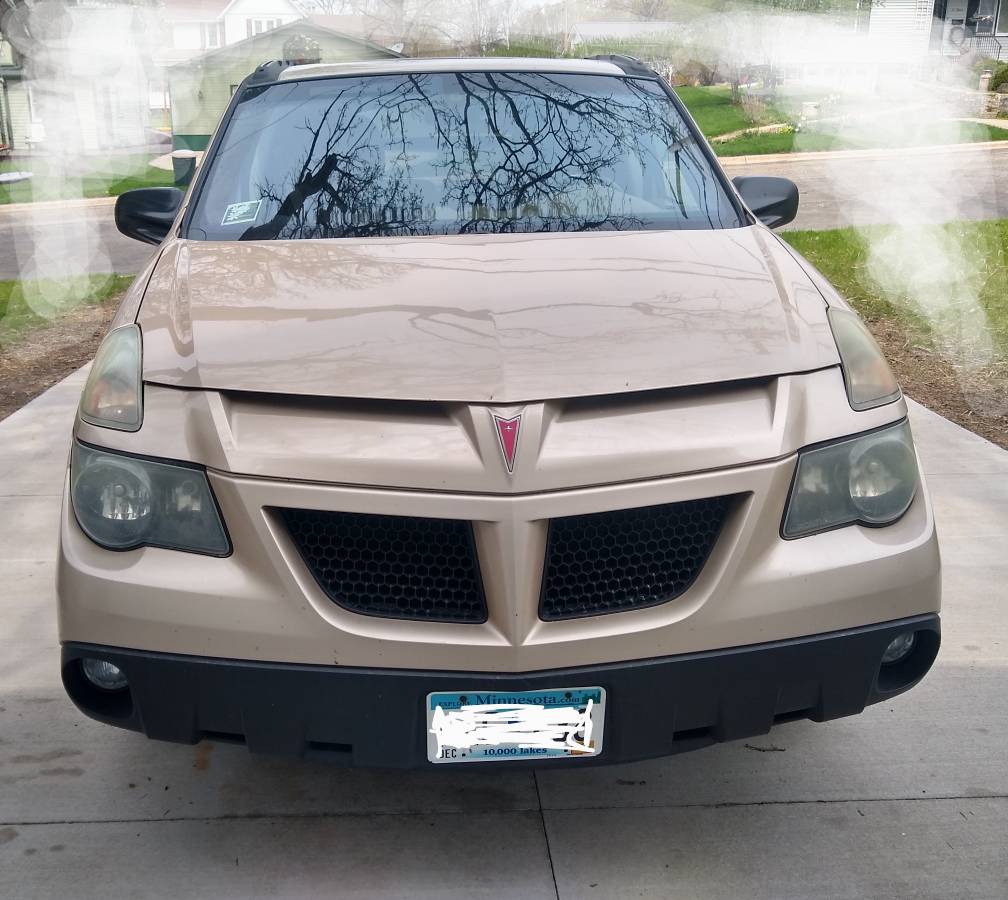 Several commenters pointed out a connection between the Aztek and the TV show Breaking Bad. I confess I only saw the first few episodes of that one; I just couldn’t get into it. But an Aztek with hand controls will to me always be the car of Logan Cale, AKA “Eyes Only,” in Dark Angel. Different fandoms for different folks, I guess.

I found it funny that the Citation was so fantastically undesirable that an Aztek with a mysteriously stained interior and a failing transmission beat it handily. The X-cars get no love at all. But then, to know them is to loathe them.

Personally, I’d rather have a pre-refresh Aztek, and I’d look for one with a fully functional gearbox, but I think you all made the right choice. Out of these three, as they sit, this is number 3 for me. 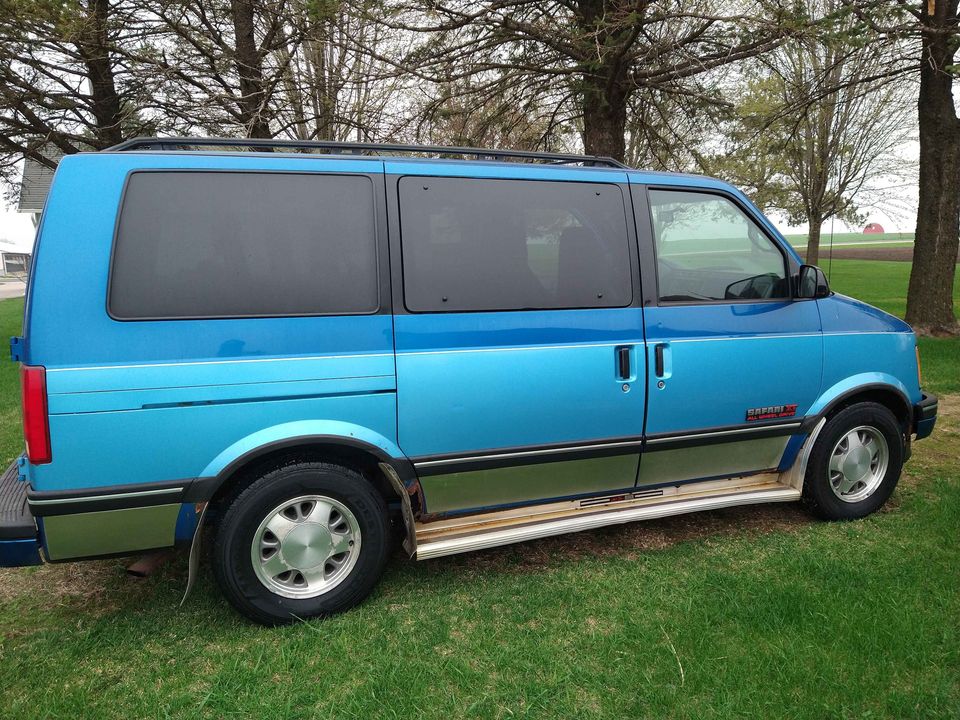 Everybody seems to love the Astro and Safari, even if those folks don’t always love servicing them. That doghouse is a real pain in the ass to open up, if I recall. But even back in the ’90s when I was servicing them, we’d frequently see these things with a 2 or 3 as the first digit in the odometer. They’re good durable vehicles.

I do really worry about the level of rust on this one, though. That hole behind the sliding door and the brown stains on the running boards hint at some serious rot in the sills and rocker panels. But if you just use it as a sacrificial vehicle for snow days, you could spend $1,500 in a lot worse ways. This, as it sits, is probably my last choice, but a less-rusty 2WD Astro or Safari for a good low price would catch my attention. 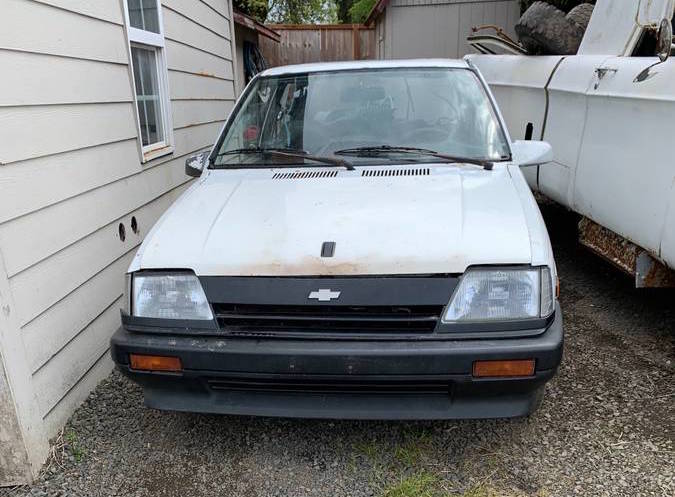 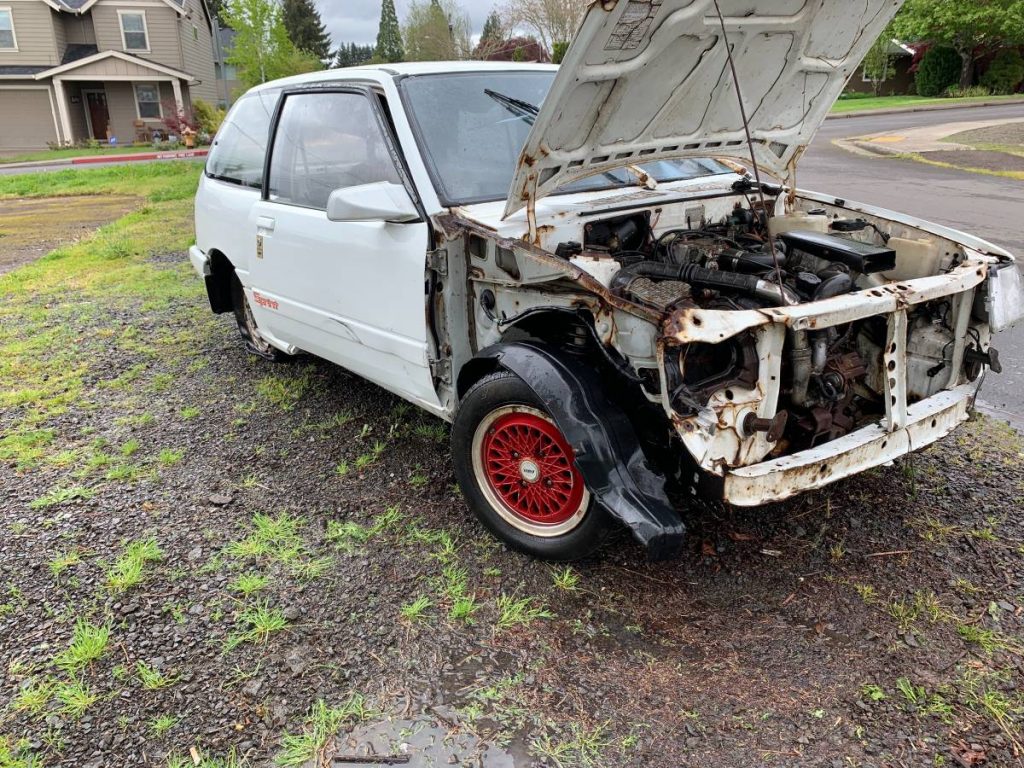 As soon as I saw this listing, I thought it would make a really fun project and be a hoot to drive when finished, but I honestly didn’t expect anyone else to go along on this ride. I thought a running driving limo, even with fire damage, would be too tempting. But gearheads love a good pocket rocket, and this tiny turbo terror could be a lot of fun.

(As a quick aside, I was talking to my dad on the phone, and he came up with a really interesting use-case for the limo: turn it into a crew-cab pickup, with the bed in the middle. Keep the front and rear passenger compartments, add bulkheads, and turn the entire center section into a load bed. Add a fold-down gate on the passenger side like a Corvair Rampside pickup for loading. It’d look goofy as hell, and I’m not sure what the advantage would be, but I’d love to see it.)

This little Sprint would be my second choice, assuming I didn’t already have a hungry MG to feed, and had space to put two dead hatchbacks, and time to work on them. 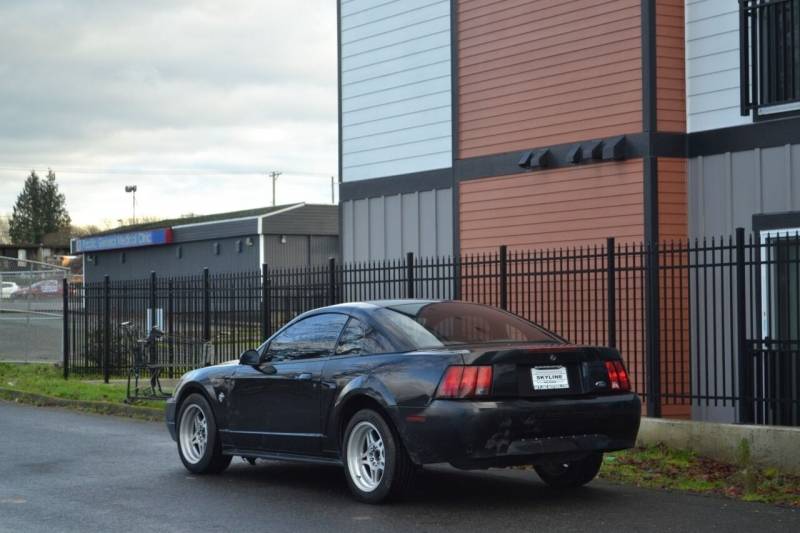 I’ve actually considered a Mustang of this vintage for a while now. I’ve never had a pony car; the closest I’ve come is a 1984 Chrysler Laser XE turbo. It seems like I should own a Mustang (or Camaro or Firebird) at some point. I’d probably go for an automatic, since I’d be using it as a daily driver and they’re easier to find, and I already have a fun manual car for weekends. But this one, with a stick, would make a decent beater (or first car) car for someone. And it would be my top pick this week.

That’s it for this week. I’ll try to find some less torturous selections next week. Might cut down on the complaining. (You do all realize you don’t actually have to buy or drive the cars you pick, right? This is all purely theoretical). Until then, vote for your favorite, and feel free to rank these four (I know; they’re all pretty rank already) and comment any wild grandiose plans you might have for any or all of them.