How I Would Design A Modern Cabover Pickup Truck: A Car Designer Sketches Your Ideas

“The People have voted. The bastards,” a wise man once said.  We have tallied your votes on the Autopian’s powerful Ball-o-tron 9000, a weird glowing cube under my drafting table (When I asked David how it was humming and glowing without even being plugged in, he gave me a very serious stare and said “Don’t Ever Ask That Again”), and by far the vehicle you maniacs wanted to see next was a cabover pick up truck. So allow me to try my hand at one.

I mulled this as I was rearranging my black turtle neck sweater drawer (it’s the one underneath my watch collection drawer). You see, you can of course still get those adorable Kei cabover pick ups in Japan and on much of the Asian subcontinent. It’s a perfect way to have maximum utility in a compact size. If you had a death wish you could even import an old one into the USA. So there wouldn’t be much point in doing something like that (even though that’s where my mind was originally wandering – some sort of last mile commercial/gig economy type thing). [Editor’s note: Quite a few folks are doing that these days! -DT]. And if you’re masochist enough Chevrolet will sell you something called a “Low Cab Forward.” But that has the slight problem of being a massive commercial vehicle. 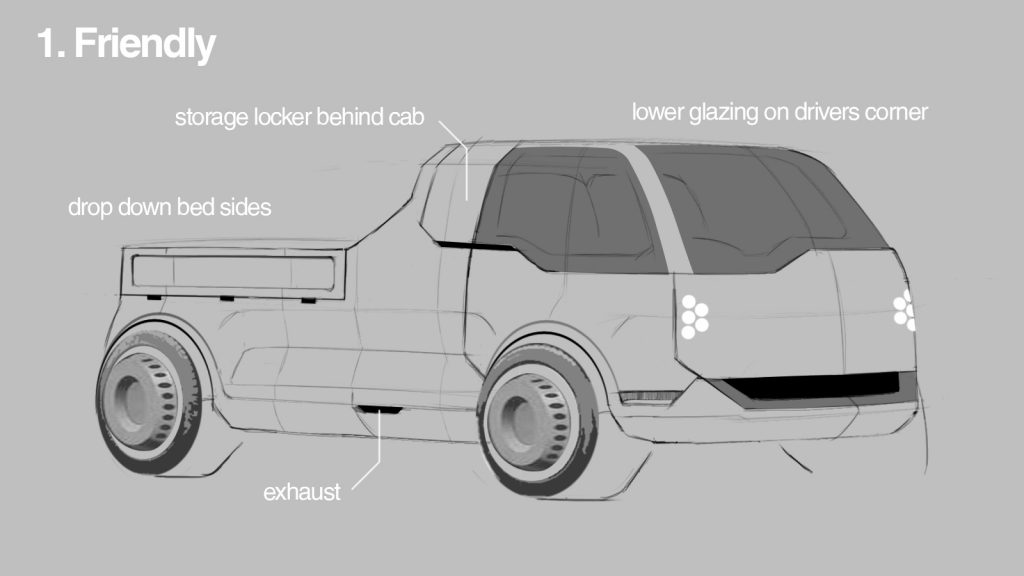 Then I thought about the Ford Ranger. I’m sure it’s a fine vehicle (I’ve never driven one) but the issue is for the single cab the bed is 72-inches long in a vehicle that is 210-inches long in total. So only about a third of the length is given over to cargo. That’s bonkers. A cabover would do much better and we could probably get the bed length to the hallowed 8-ft figure. But I wanted something more than that — something more sophisticated and cool that would still have lots of utility, but would also be suitable to be your daily driver when you weren’t helping your friends move a couch. 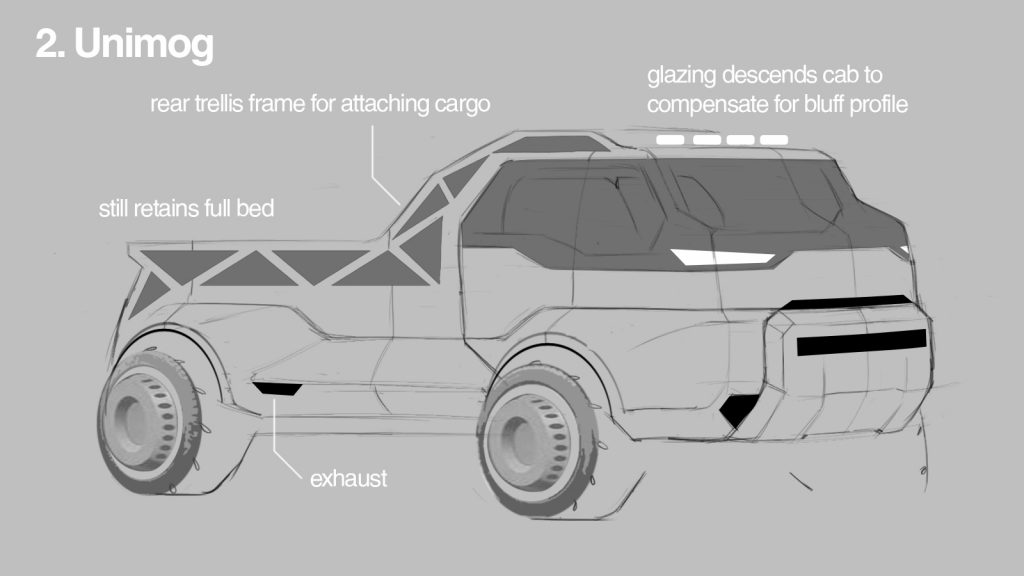 And then it hit me. What if we merged the first generation Toyota Previa with a VW Transporter? The Previa’s problem with it being mid engined was that there wasn’t room for a bigger motor, so it felt a bit underpowered for U.S. tastes. The VW’s problem was it didn’t have an engine at all, just a metal box that turned gas into noise. And it was in the wrong place; but it was supremely space efficient. What I’m thinking is we can have a nice modern hybrid power plant tucked way down low in the middle of the chassis (modern engines being much more reliable, the location is less of an issue), stuff the thing with batteries, and send the power to the rear wheels. Keep the whole thing reasonably close to the ground for better aero and ability to chuck stuff in the bed, and job done I’m off to the pub.

What I’ve done this week is slightly different. It’s four very different versions all on the same platform (I’ve used the same wheels in every sketch). The length I’ve decided should be about 190-inches – the same as a long wheelbase Transit Connect but way shorter than a Ranger (which is actually longer than it’s name sake, the full size Range Rover! [Editor’s Note: It should be obvious by now that Adrian is British. -DT]) but the height varies. And yes, one of them is an aggressive active leisure jacked up 4WD thing because I’m the Chief Designer around here that’s why. 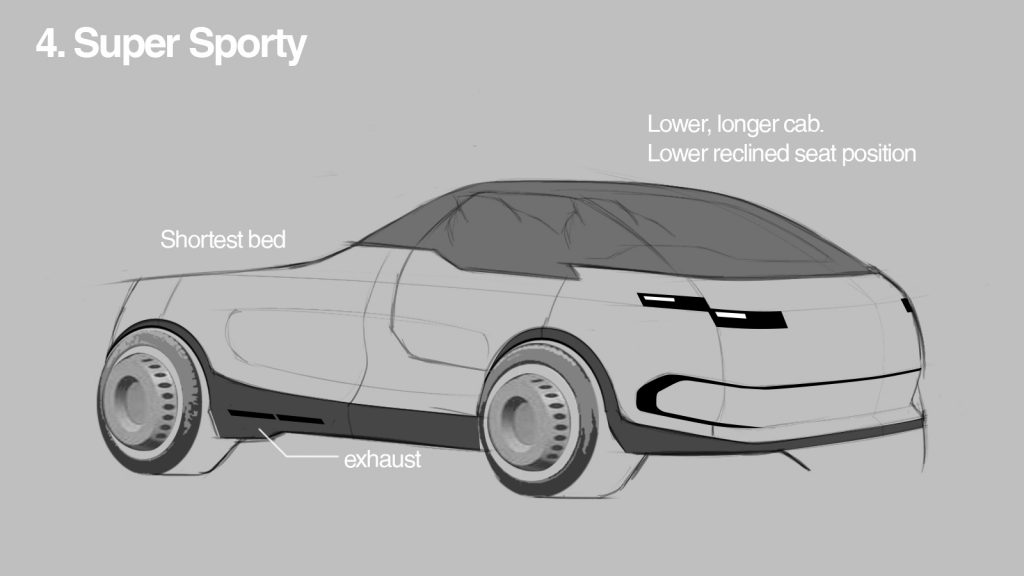 As usual feel free to leave scorn, skepticism and suggestions in the comments; I’ll dive in as well and we’ll figure out which direction we’re going to take this in. And if I’ve missed something blindingly obvious, please say so.

My old Chief Designer genuinely used to say design is not a democracy. Well, that’s easy enough to say when you don’t have a strange glowing cube under his desk.

Professional Car Designer and sometime writer about car design. I have a BA in Automotive Design and a Masters in Vehicle Design from the Royal College of Art in London, where J Mays was my tutor. He used to bring in donuts. I was hired from there into a major European OEM. I daily drive a 2011 L320 Range Rover Sport and also own a 1983 Ferrari Mondial QV.
Read All My Posts »
PrevPreviousThe Production-Spec Mercedes-AMG ONE Hypercar Feels So Five Years Ago
NextLet’s Look At Some Of The Details Of The New Lexus Design LanguageNext