Like a baby duckling imprinting on its mother, the car you wanted when you were 11 is a car you’re going to want the rest of your life and there’s nothing you can do to change that. I wanted every car when I was 11, which is how I ended up doing this for a living, but a Cayman Green 1992 Ford Escort GT was near the top of my list. There’s one for sale over at Cars & Bids and it’s giving me a lot of feels.

The cultural critic Rob Harvilla made a good point recently on the “Sunny Day Real Estate” episode of his podcast “60 Songs That Explain The ’90s” that you shouldn’t feel shame for the music you liked in high school and, specifically, that there’s nothing wrong with coming to a band late. If you listened to Lou Bega instead of Pavement when you were 13 then that’s just what it is and hopefully your tastes have expanded as you’ve aged. My automotive tastes have gotten better, and wider, as I’ve driven and seen more cars. That doesn’t make this Cayman Green 1992 Ford Escort GT any less desirable to me.

Some background: I didn’t have a lot of money growing up. My parents did a great job and it wasn’t always obvious to me, but there were definitely lean times and I’m almost embarrassed now to think of all the things I told them I needed given that it’s clear to me now it required them sacrificing what they wanted in order for me to have a Sega Genesis or whatever. I say I’m almost embarrassed because, having a kid now, I realize that’s part of the deal. What they wanted more than anything was for me to be happy and not notice so much that all my friends had way more stuff and way more money and went on way more trips.

In 1994, my parents were about my age now, which is to say they were in their late 30s. Neither of them had purchased a new car. Ever. The family cars were, roughly, a used VW Beetle, a used Subaru BRAT, a used Isuzu Impulse, and a used Izusu i-Mark. That’s a pretty rad mix of cars now that I review it in a list, though none of these cars were in concours condition.

After years of hard work my parents managed to scrape their way into the middle class and it was time for a shiny new car. Would it be a BMW? A Mercedes? No, of course not. Both out of economic necessity and habit, my parents first-ever new car was a 1994 Ford Escort. Not even an LX. Just a black base Ford Escort. It had unpainted bumpers, a manual transmission, no radio, and not even a passenger-side mirror (not a legal requirement). The only luxury item was the A/C, which is a basic human right in East Texas.

[Editor’s Note: I too have a weird affection for these early ’90s Escorts, because it was a base model one (albeit with a slushbox) that I raced in the 24 hours of Lemons way back when. 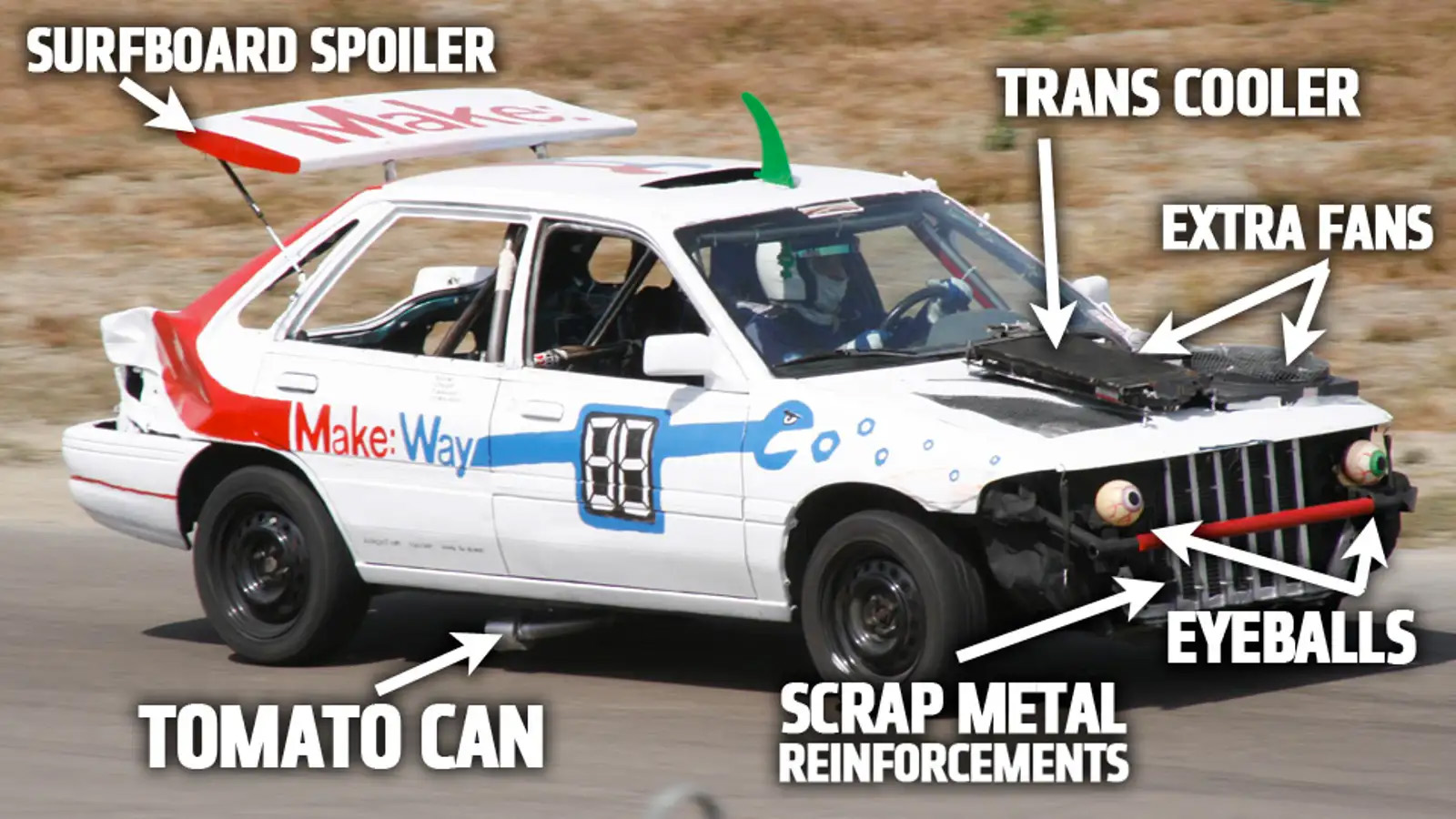 I grew to respect the car, in its own humble way, after that. – JT]

I loved this car because it seemed new and fantastic and even had those automatic seatbelts that made it feel like a spaceship with a tiny robot that cared about my safety.

I have one picture of me with the car, resplendent in an oversized denim vest and whatever knockoff Air Jordans they sold at Mervins. This picture is vertical, which used to not matter, so I’ve added another photo I found around the same era of me apparently unable to touch the hood of a Ford Contour because it’s too hot. The sexiness radiating off the rebadged Mondeo is just too much for young me to handle.

I’ve got the same shoes, but this time I’m in a purple hoodie shirt and my haircut can best be described as ‘chill monk.’ If you didn’t live through the ’90s the only reference points that might help are: 9/11 hadn’t happened yet and we’d just won the Cold War but didn’t know what to do with that information other than electing a guy President in no small part because he could play saxophone.

The three-door Escort was safe, reliable transportation. Based on the Mazda B platform, it shared a chassis with similar era Mazda 323 and Protege. The black one my parents bought carried over a revised version of the ho-hum 1.9-liter mill from the first gen (US) Escort. What I really wanted them to get was the GT.

In top trim, the Cayman Green 1992 Ford Escort GT is approximately perfect. First, just look at it. Those twisty alloy five spoke wheels are already extremely ’90s, but the matching paint is just the Lisa Frank Trapper Keeper cherry on top. As Jason pointed out when I brought this car up, it’s also one of the few cars that pulls off asymmetry really well with that little slotted grille insert.

Is it basically a FWD Miata? I’d buy that. It has the same 1.8-liter, DOHC four-cylinder shared with the Miata. Output from the little motor is up to an impressive 127 horsepower and 114 lb-ft of torque. The one for sale on Cars & Bids has the four-speed automatic, which is one of the reasons why I’d personally take a pass. With a manual it would be undeniably choice.

Still, it’s a great-looking car and owned by the same family since 1993. The 82,000 miles on the odometer are nothing for this car. Plus, you get a tachometer! I learned to drive stick a few years later in that same black ’92 Escort (My parents also bought a 1996 car a few years later but that was stolen) and it didn’t have a tach. You just got a little arrow to tell you when it was most appropriate to shift for fuel economy, though I almost entirely ignored that and just shifted when it sounded/felt right.

In some weird future I might buy one of these, though these days my tastes have evolved just enough that I’d maybe want the crazy fuchsia one. Anyone want to place on what the nostalgia factor drives this price to? As of this writing it’s at $4,300.

Howdy! I'm the Publisher of The Autopian which means I'm to blame for at least a small part of this. I used to run another car site and then made movies and TV shows. Now I'm here to convince you to buy a Peugeot.
Read All My Posts »
PrevPreviousThis Is What The Average New Car Face Looks Like In 2022
NextMitsubishi Once Had Their Own Beer With A Can That Predicted The FutureNext