Bugatti Updates Its Logo In The Most Boring Way Possible

In case you’ve been wondering what Bugatti does with the absurd amounts of money rich people pay them for their cars that they then use to keep the floors in their climate-controlled garages anchored in place, I think I have an idea, and it’s nothing good. I say this because I assume at least some significant amount of money was spent on Bugatti’s recent logo re-design, which, as you can see, is about as disappointing as getting white tube socks on your birthday, only this half-ass logo can’t even keep your feet warm.

Am I being too harsh? Maybe. Let’s look at the old logo, and the one that was just announced last month:

Yeah, I’m not being too harsh. 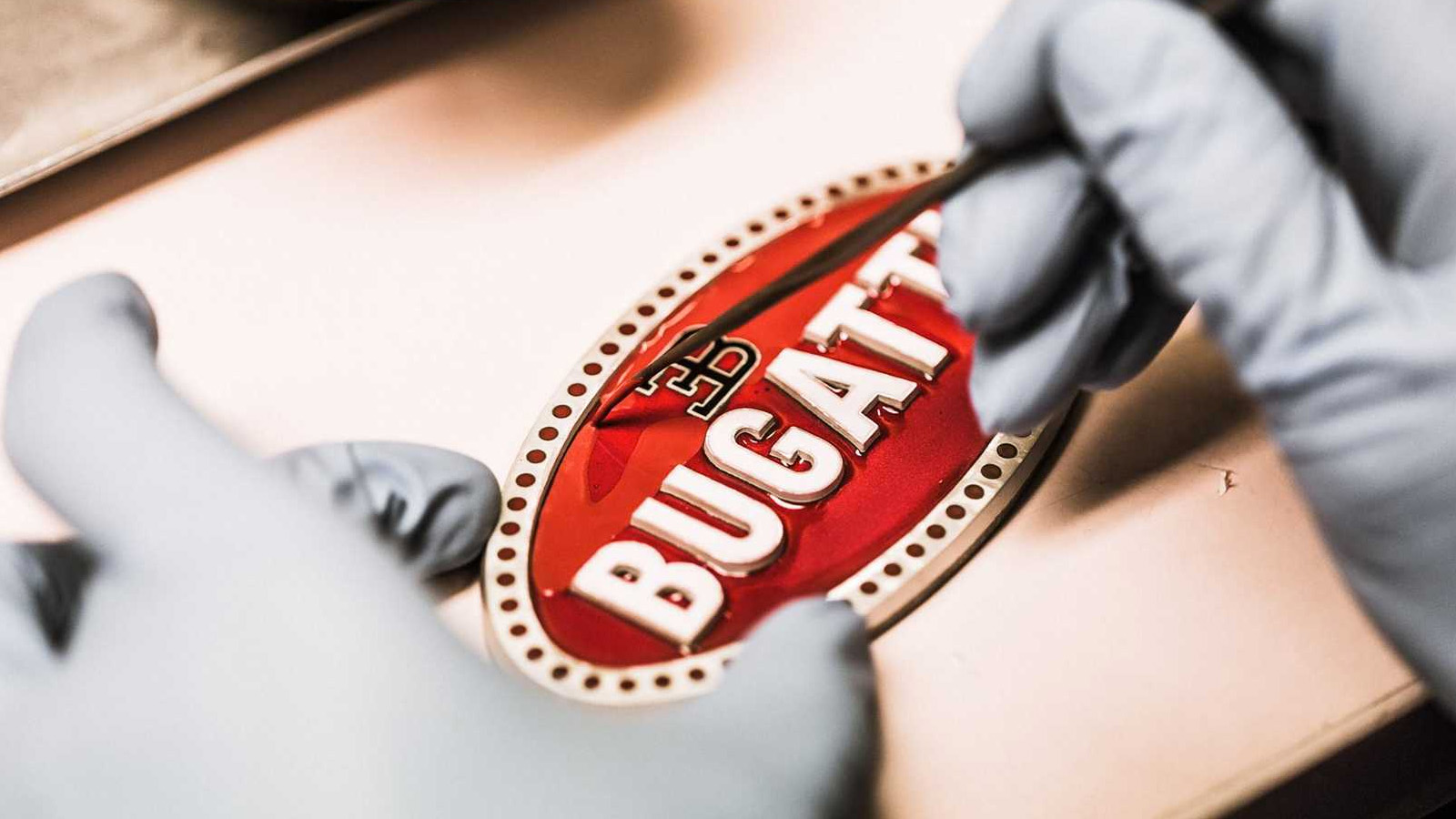 The old Bugatti logo has been around in essentially the same form since 1909, when Carlo Bugatti, a jewelry maker and the father of founder Ettore Bugatti, designed it as a badge for his son’s cars. This logo/badge was known as the Macaron, and you can read it lovingly described here:

In addition to the easily legible name lettering in white on a red background, the badge also features the initials EB (for Ettore Bugatti) above this in black, as well as 60 red dots on a white surrounding border. Red stands for power and passion, white for elegance and nobility, and black for excellence and courage. According to the legend, the 60 dots symbolise pearls or threads in a style that conformed to the “Art Nouveau” fashion. In those days, they were used like splints to produce a permanent connection on mechanical parts – and the reliability and durability of his vehicles was something that was always very close to Ettore Bugatti’s heart during his lifetime. Bugatti has changed the appearance of the Macaron only slightly over the course of the years.

It’s an iconic logo, absolutely, and I respect that it’s resisted change for so many decades. That’s not to say I don’t think changing a logo is bad – sometimes, it makes a lot of sense, and I don’t think the Bugatti logo is so precious that it shouldn’t ever be touched.

But, if you’re going to touch a logo, especially one as long-lived as this one, you’d think you’d want the result to be something that, I don’t know, doesn’t look like it was done in the elevator ride up to the presentation?

I don’t have a problem with simplification – I think a simple logo is often the right way to go. But there’s a difference between simplified and just plain boring. For example, what if the classic logo was simplified like this:

… or maybe even simpler:

These both evoke the color and feel of the original, but are pretty dramatically simplified while maintaining a consistent visual identity with their source. And these took me five minutes and I’m giving them out for free. Let’s look again at the one Bugatti has gone with:

Oh, come on. Sure, it’s basically the same san-serif type as the original, stripped down, but this alone just isn’t enough. It doesn’t feel spare or classy or elegant, it feels lazy. If you’re about to defend it, let me read you some of the praise heaped on the logo from Logos-World.net, which sounds like it must have originated from Bugatti’s PR department, but I can’t prove that:

The result is a simple, clear, strict, and businesslike Bugatti logo emphasizing the name. It is made in capital letters, from which the shadows have disappeared. It is two-dimensional, easily scalable, and conceptual. The glyphs are stretched vertically, so they look tall. They have clear edges and even corners. Only “B,” “U,” and “G” have natural rounding. Intra-letter space is free, as is inter-character spacing. Representatives of the company are confident that these are bold steps that will help them stay in the lead.

Who wants Bugatti to be “simple, clear, strict, and businesslike?” Have these people met Bugatti? They make cars with over 1,000 horsepower and cost over three million dollars. They’re possibly the least rational cars on the planet. Who is this logo for? Someone who spent so much on their Bugatti they can’t afford color printer ink refills? What’s the fucking point?

Oh, and speaking of the lack of color,

“There is no red background, which the authors considered too aggressive for the new concept because the brand wants to be attractive to everyone.”

Red was too aggressive? Okay, it’s the color of blood, sure, but it’s also the color of fresh cherries and apples and roses and somehow companies like Lego haven’t thought it was “too aggressive.” But maybe the average Lego customer is just a little tougher than the average Bugatti buyer. 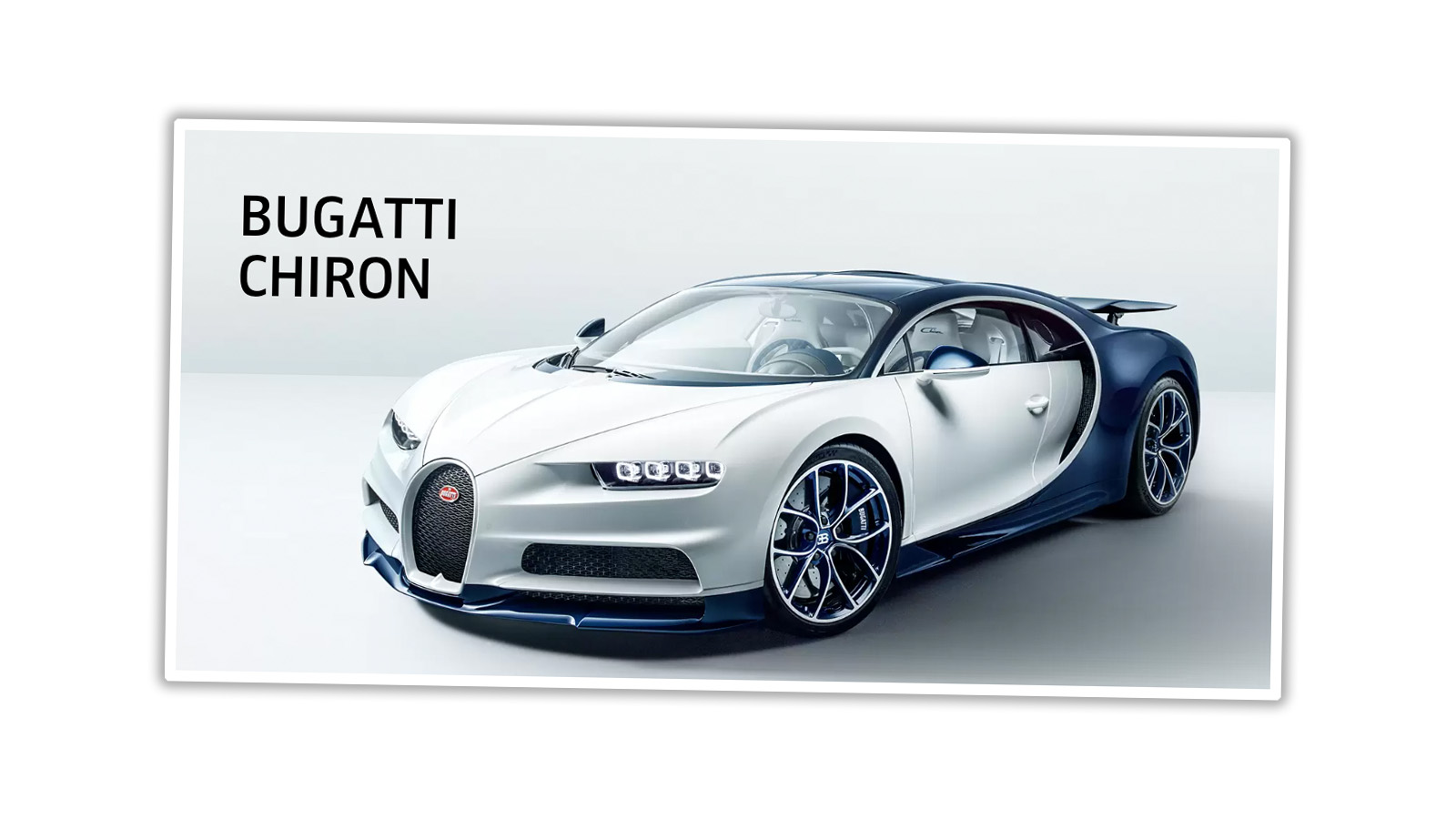 I thought the company was already using the new logo on their site, but then I realized that typography was just a standard web font, not a graphic at all. But for a second I wasn’t sure, which is precisely what you don’t want people who see your logo to think.

How did this happen? Did a Bugatti executive drive by a Hobby Lobby in their Chiron and think, damn, how can we get some of that for our company?

Anyway, congratulations on your new logo, Bugatti. Way to phone it in.

I'm a co-founder of the Autopian, the site you're on RIGHT NOW! I'm here to talk to you about taillights until you cry and beg me to stop, which I absolutely will not. Sorry. Hug? Also, David's friend.
Read All My Posts »
PrevPreviousThe Cadillac Escalade Diesel Is A Real Vehicle You Can Buy Right Now
NextThe Russian, The Witch, And The Oldsmobile: Cold StartNext