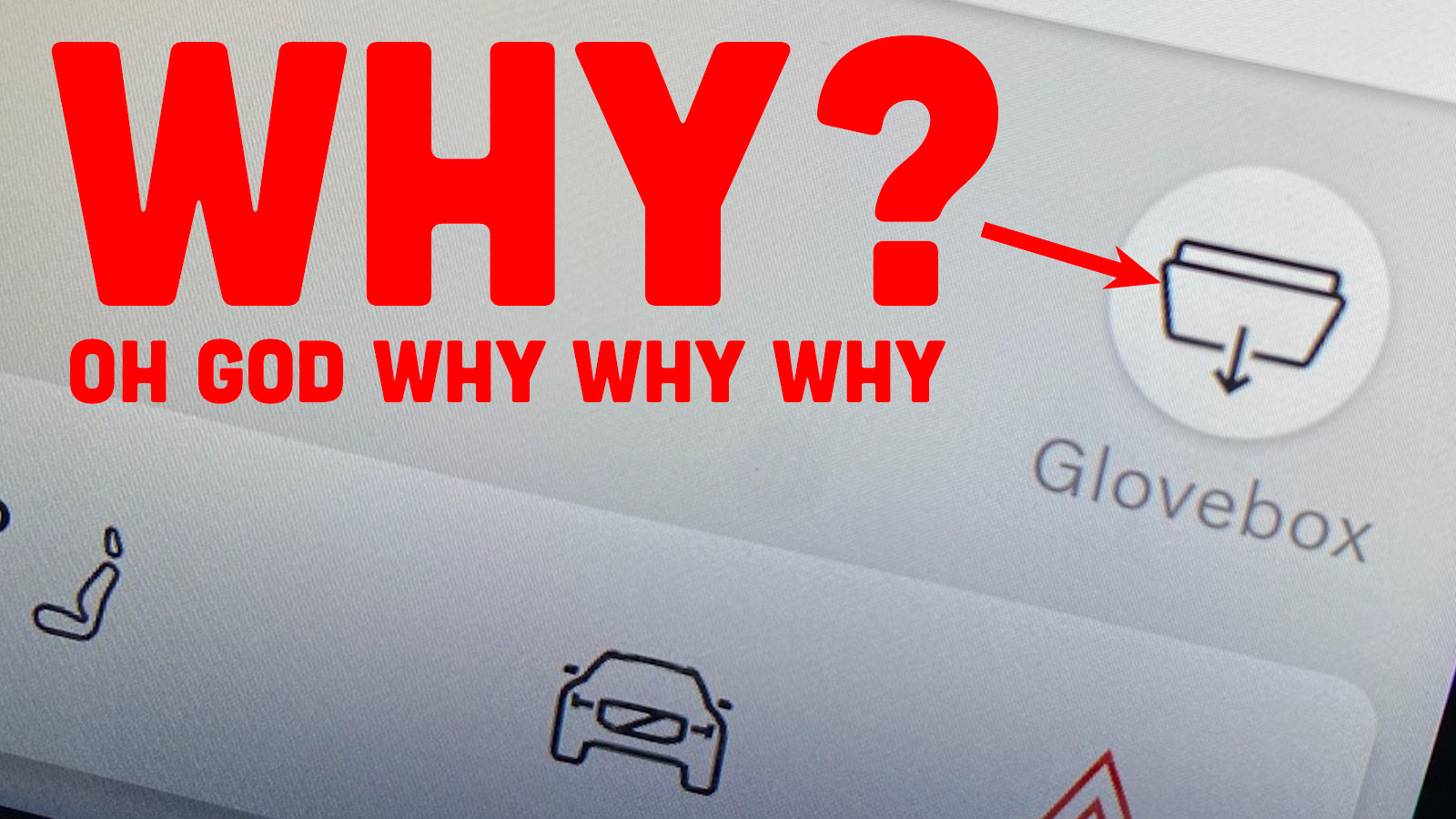 You may recall last month when I railed, loudly and with a healthy spray of rage-saliva, about the horror that was the Cadillac Lyriq’s choice to have the glovebox open via a button on the touchscreen, buried within a menu. This is, of course, an absolutely abominable practice, one that’s also employed by Tesla and a few others. Nobody really wants this —at least no rational person with any ability to, you know, think — and yet it exists, and not only does it exist, it appears to exist on the otherwise lovely new Volvo EX90 that we wrote about yesterday. When I was in the car and noticed that the only ways to open the glove box were via an insipid icon on a touchscreen or, barring that, a crowbar, I realized I had to do something. So, I hunted down Volvo’s Global Head of design and demanded answers.

That Global Head of Design and User Experience is Robin Page, and he’s an extremely good sport to indulge me in this, and I should mention that yesterday I spoke with him about the EX90’s amazing headlamp design, so I didn’t just berate the poor man. I mean, I sort of did here, so you can watch:

Hm. Okay, it’s good that the icon is always there (even if that icon looks like a file folder or something) and I suppose there are a lot of customers who have deluded themselves into thinking that they want every point of interaction to be via an icon on a touchscreen, even something as basic as opening a glove box door, which has worked fine for decades with a simple latch that doesn’t require any power and isn’t dependent on software and can be used at any point with the car on or off and has never caused trouble for anyone, ever.

But now, in some focus groups, some people seem to have suggested that they’d like to open the fucking glove box via a screen. You know, like an idiot would. It’s not Robin’s fault, I suppose. It’s entirely possible people were dazzled by the magic of something on-screen having a direct effect in the physical world, like how my expression changes when someone texts me about what a jackass I am.

As my fellow Autopian David Tracy reminded me, people don’t always make good decisions, or even rational ones, and deep down, I know this, especially when it comes to cars. Cars are not rational, and they never have been, and that’s what makes them wonderful. But usually that irrationality comes out as wanting something with far more power than you can ever use, or picking a car because it seems to have a friendly face, or getting something that could tow the Lincoln Memorial, even if you’ll never do that.

But irrational choices made that actively make owning a car worse? Like being only able to access the important stuff in your glove box via one of the most complex components of your car? I can’t, I just can’t.

[Editor’s Note: I once wrote an entire article about how the Rivian R1T wooed me with its pointless electronic features. A center console with an electric switch? Totally silly, but somehow it gave the truck a futuristic, tech-y vibe. I tried resisting the lure of this clearly-backwards-step in center console functionality, but the tech geek in me was too weak. So yes, this stuff isn’t rational. -DT]

Again, the EX90 has so many impressive traits and I think Robin Page did an excellent job, overall. But the touchscreen glovebox release is a scourge, and must be called out, anywhere it rears its stupid little head.

Please, carmakers. Don’t do this.

I'm a co-founder of the Autopian, the site you're on RIGHT NOW! I'm here to talk to you about taillights until you cry and beg me to stop, which I absolutely will not. Sorry. Hug? Also, David's friend.
Read All My Posts »
PrevPreviousWhy People In Japan Are Reportedly Hoarding Supercars
NextKawasaki Is Electrifying Its Motorcycles, And One Of Them Is A Wild Parallel HybridNext