It seems like there are vaporware high-end EVs being released with eye-rolling regularity at the moment, and a few weeks ago after some flashing of thigh on social media, the DeLorean Motor Company whipped the virtual covers from it’s Alpha 5, high-coin, five-meter long behemoth that, gull wing doors aside, bears no resemblance to the original DMC-12 whatsoever. A commenter suggested that I have a go at redesigning the DeLorean, and seeing as we’re customer service third around here I’ve had a go. Good job I just got my flame suit back from the dry cleaners.

So we’re all on the same page, here’s what the original, 1981 DeLorean looked like: 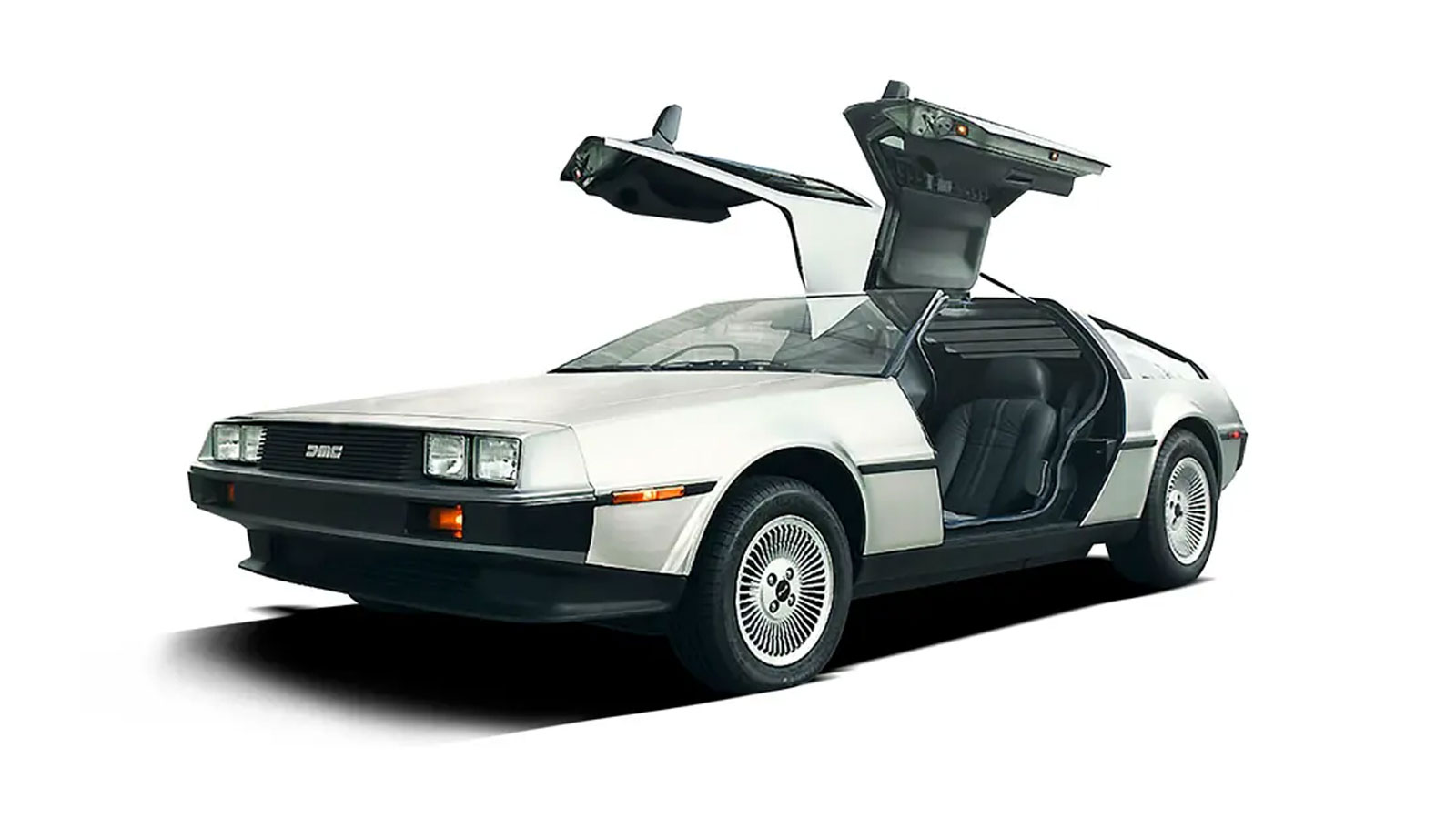 For reference before we get into the re-design, right above there is what the new, re-born DeLorean company’s electric Alpha 5 looks like: 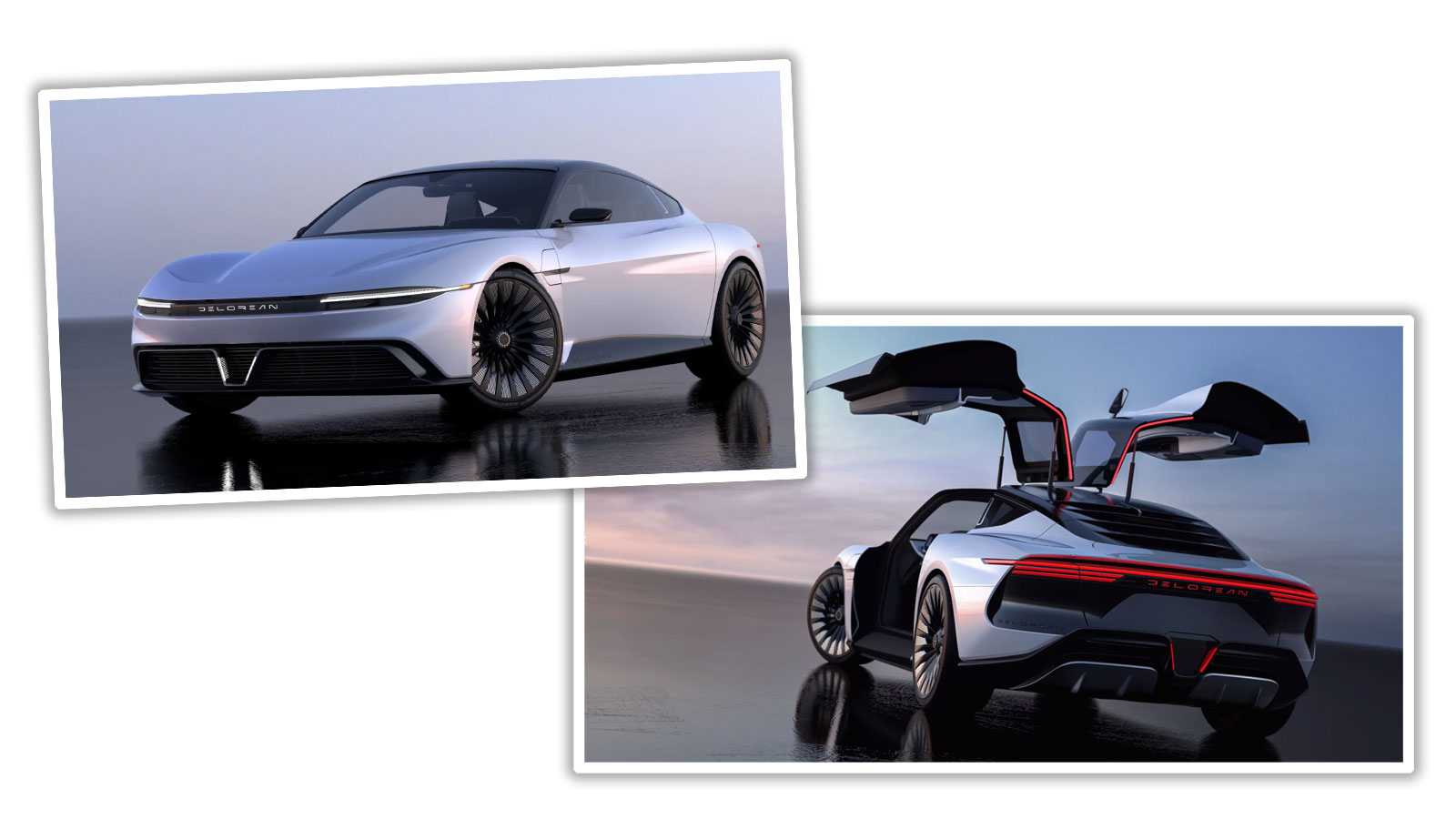 And below, my re-imagined DeLorean: 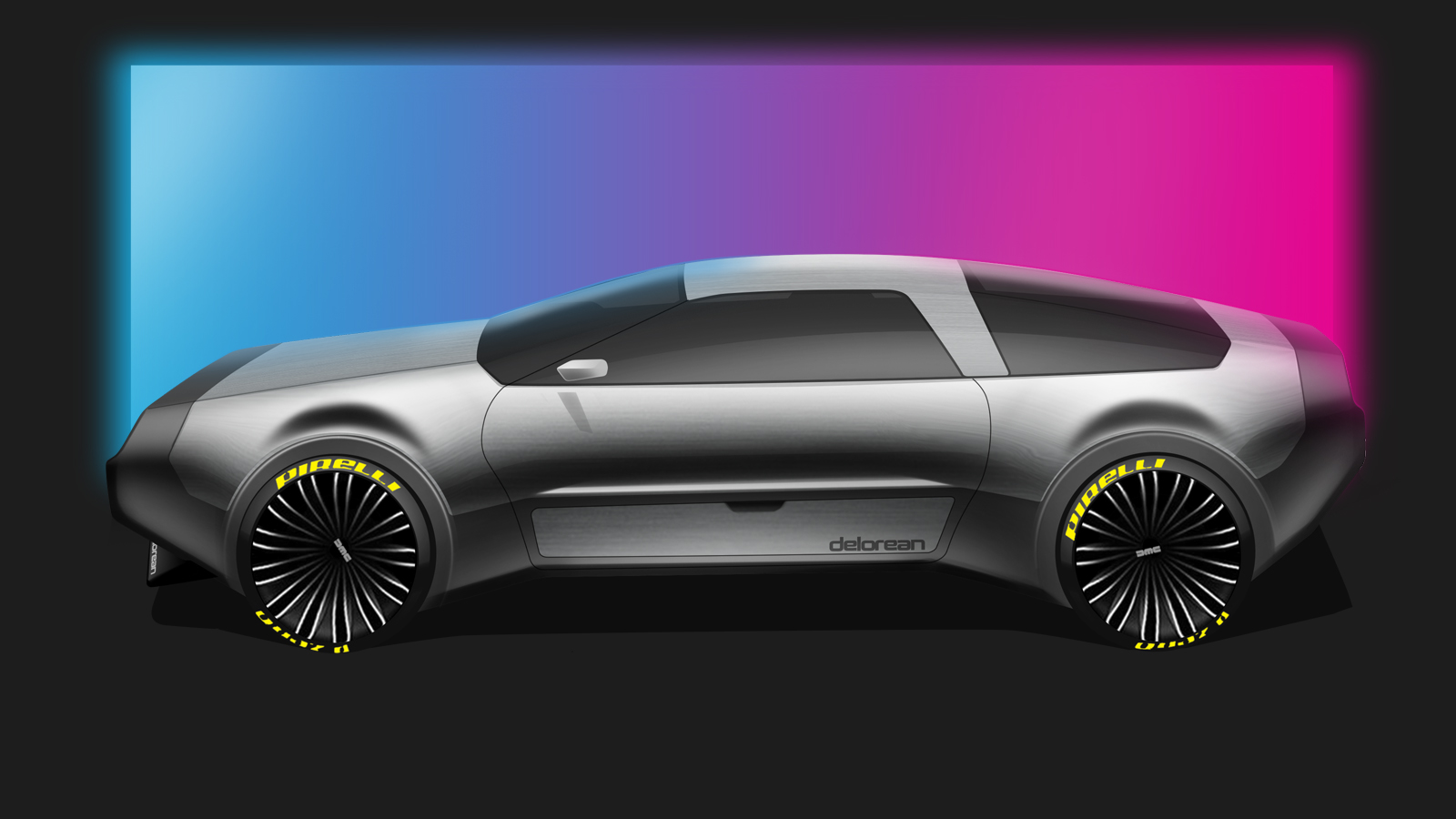 What do car designers like? Black clothing and fancy watches obviously, along with die cast models, expensive sneakers, and door stop coffee table books about design. But what car designers really love is the chance to re-do a classic car.

One of my favorite projects when I was a student at the Royal College of Art was one where we had to do just that, and then got the opportunity to show our work and be judged at the prestigious Salon Prive show at Belnheim Palace (where sir Winston Churchill was born). I ate a lot of free lobster on the finely manicured lawns that afternoon.

Fun fact, the DMC-12 was actually the development name for the DeLorean; the name was based on its projected on sale price of $12,000, a target that it spectacularly missed. In fact, it ended up costing nearly $26,000. It was never officially called DMC-12 in marketing materials or anywhere else.

The car had an extremely problematic and convoluted development that at various points saw it utilizing a wankel rotary, the 2-liter straight four from a Citroen CX, and the Ford 2.8 Cologne V6. In the end it wheezed out of the showrooms with a different 2.8, the PRV (Peugeot Renault Volvo) unit. With a Renault gearbox, steel backbone chassis and a plastic body covered in stainless steel panels, it was essentially a reskinned Lotus Esprit – John Z had handed production development to Colin Chapman of Lotus. 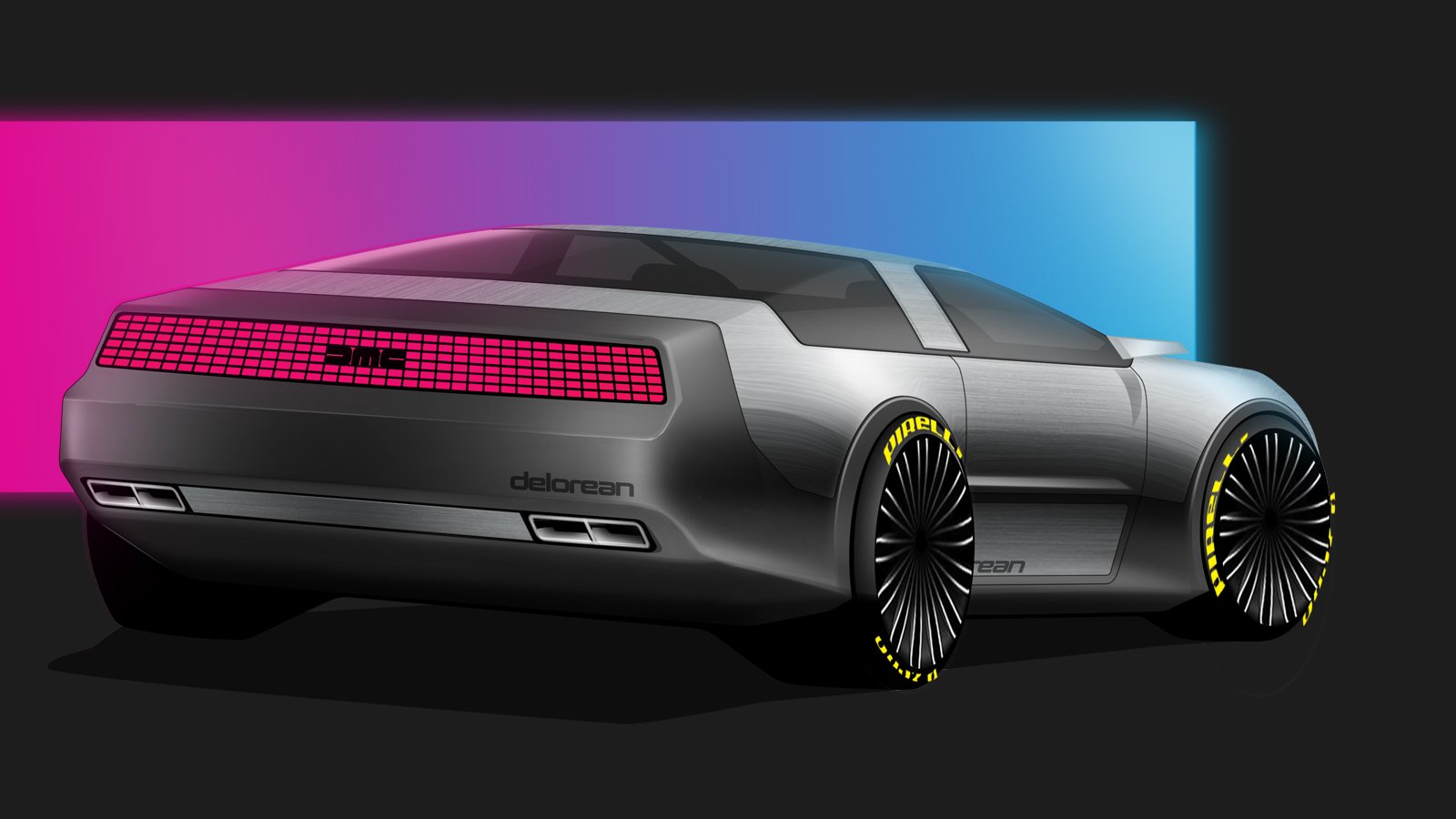 When looking for someone to pen the exterior of his dream car, Delorean went to the Turin Motor Show in 1974. Looking past the traditional Italian carrozzeria, he was impressed by the modern crisp wedges of one up and coming young marker wielder, Giogetto Guigaro, who coincidentally also designed the original Lotus Esprit. After barely two years on sale and with about 9,000 cars sold, the whole adventure collapsed into bankruptcy, amid accusations of missing British taxpayers cash. The British government had been one of the main backers of the project, including building the factory in Northern Ireland in an attempt to bring jobs and peace to the troubled province.

Today the Delorean an icon because of it’s starring role in the Back to the Future trilogy. John Delorean himself wrote to the producers to thank them for immortalizing his car – but it nearly didn’t appear at all. Ford was willing to back up a large money-truck if the producers changed the car, prompting producer Bob Gale to retort “Doc Brown doesn’t drive a fucking Mustang.” The Delorean’s stainless steel body (because according to Guigaro, Delorean didn’t want to pay to install painting booths in the factory) and science-fiction looks suited time travel perfectly.

So I had to be careful. For time reasons I didn’t do a ton of sketch exploration for this. I had some ideas of what I wanted to do and jumped straight into Photoshop. I’ve given it a more modern glazing treatment, and updated the front and rear lighting graphics for a trendy pixelated pattern. Finally, I smoothed off the body and integrated the bumpers into the bodywork like a modern car. 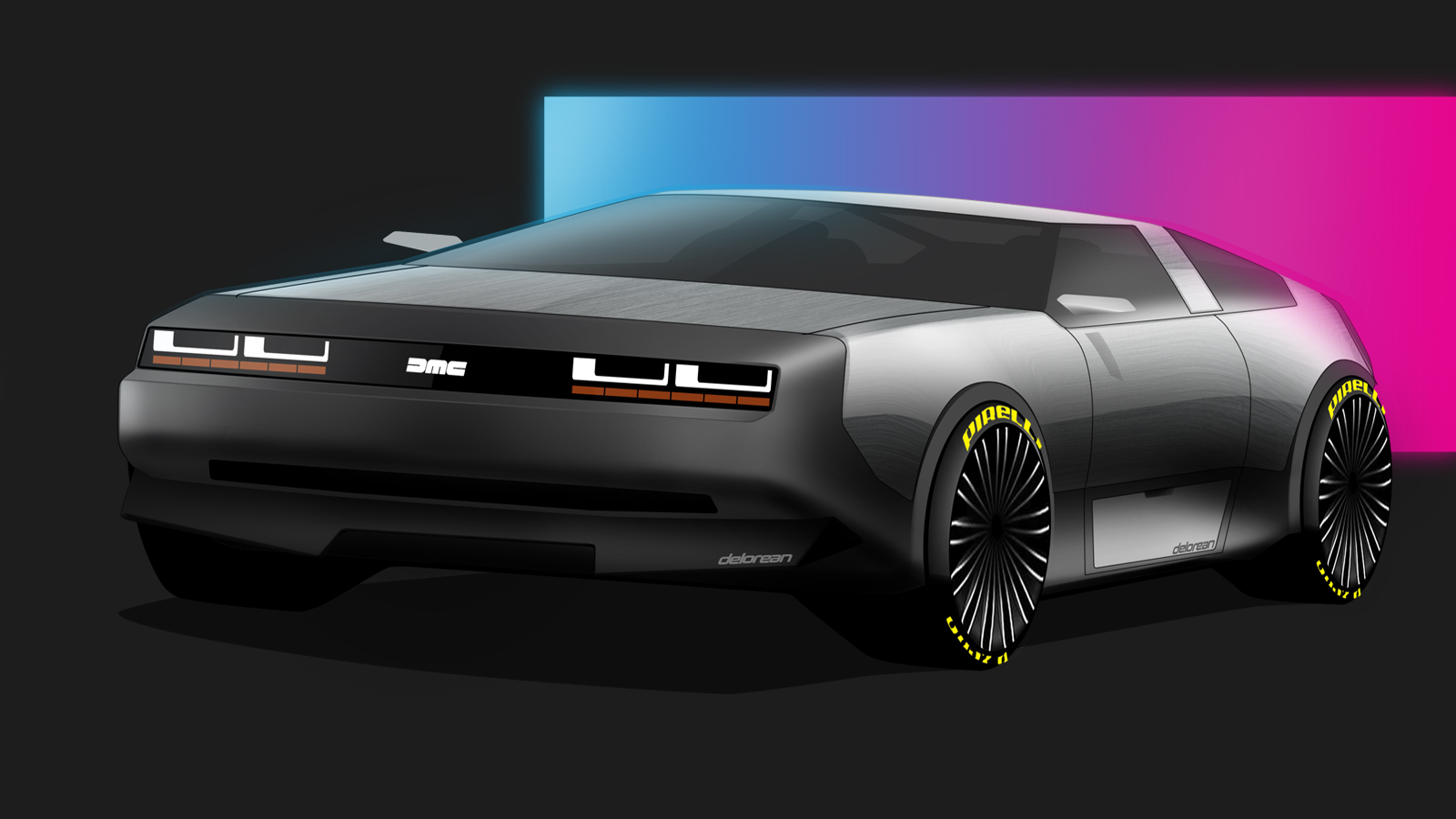 Normally in the studio when updating an existing car you would do a few proposals, ranging from evolution to revolution; something quite safe and expected, something radical and something in between. This definitely falls near the evolution end of the spectrum but I feel it captures the spirit of the original while sympathetically updating it.

So as usual it’s over to you for your critiques, comments and general mischief making. Does this look like something you want to bolt a flux capacitor into, add a Mr Fusion and hit 88mph? Or would you rather stall it across a railroad crossing to be smashed into pieces by a strange train that appears out of nowhere?

Professional Car Designer and writer about car design. I have a BA in Automotive Design and a Masters in Vehicle Design from the Royal College of Art in London, where J Mays was my tutor. He used to bring in donuts. I was hired from there into a major European OEM. I daily drive a 2011 L320 Range Rover Sport and also own a 1983 Ferrari Mondial QV. I always wear black, love goth music and have way too many books. twitter: @adrianfclarke. Instagram: adrianfclarke
Read All My Posts »
PrevPreviousBushings Can Make A Huge Difference In How Your Car Drives: What You Need To Know
NextAn Old Airstream Flying Cloud Is A Camper Built Like A Plane And Towable By Almost AnythingNext