I Made a Huge Engineering Mistake on the 2005 Ford GT 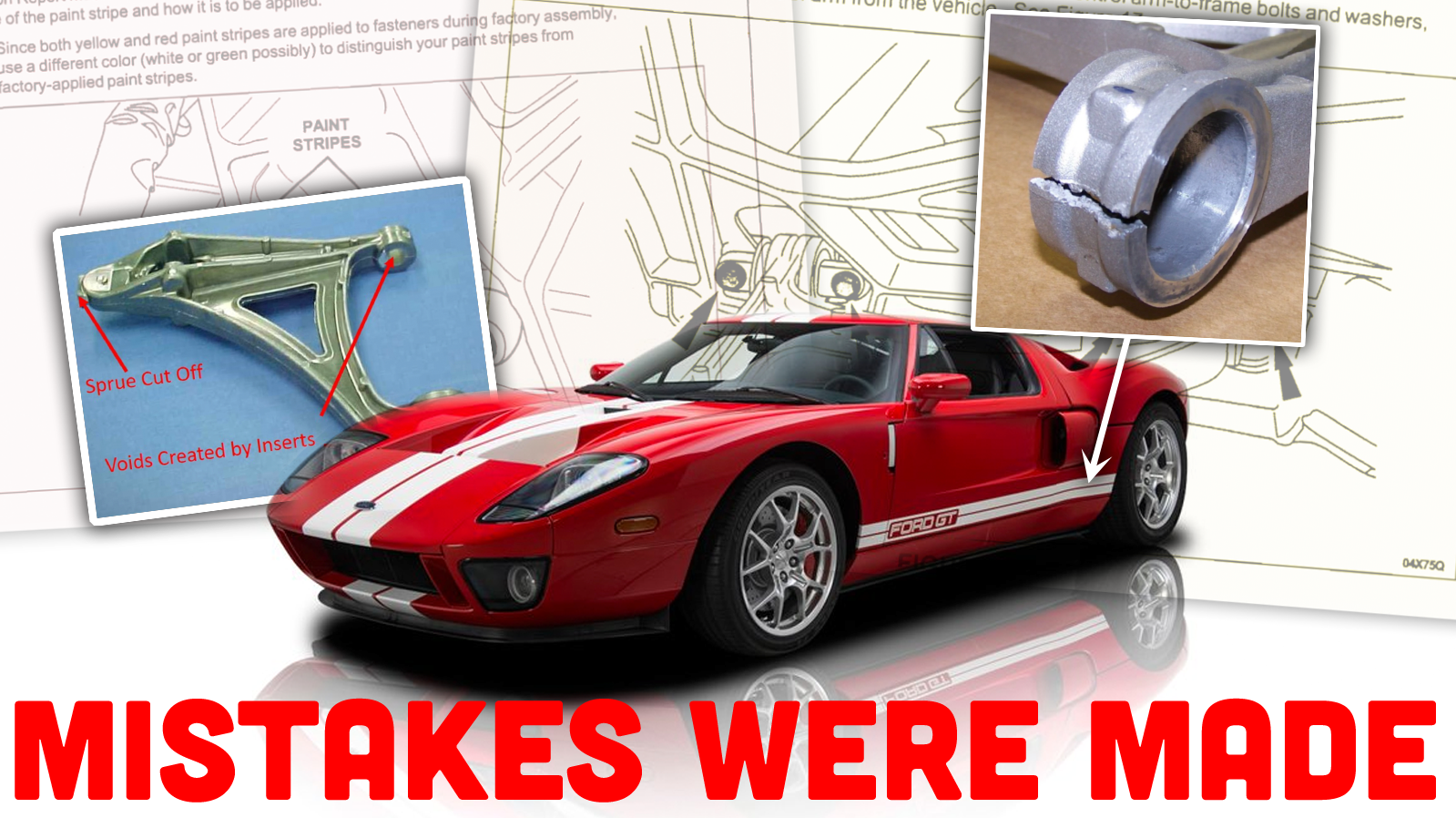 At the beginning of the 2005 Ford GT program, I made a decision that turned out to be the biggest mistake of my career. It led to a recall of all cars produced up to that time, a stop-build order, a stop-sales order, and a stop-drive order. In fact, a man who bought one of the first production cars for a very large sum of money was at a track day, and we had to call him to tell him to stop driving the car immediately. Talk about embarrassing!

What we had discovered was that some of our new suspension arms were splitting around the bushings. In the image above you can see what happened. The picture shows a cracked arm with the bushing already removed. This meant that the bushings were no longer properly held in place and the suspension arms could separate from the rest of the vehicle, potentially leading to very bad things, to put it mildly.

The National Highway Traffic Safety Administration’s official recall notice to customers(shown above) — which covers “283 Ford 2005 GT passenger vehicles manufactured from February 20 through December 9, 2004” — reads: “Ford has identified a quality issue with the suspension control arms on the affected vehicles which may result in a control arm fracture. In the event of a control arm fracture, vehicle handling may be diminished and a crash potentially could occur without prior warning.”

How Could This Happen?

So, how did this happen? What could I have possibly done that would result in such an embarrassing situation? Let’s turn the wayback machine all the way to early 2002. The Ford GT engineering and design program had just started, and we were discussing how to set this car apart from every other supercar out there. Since this was meant to be the flagship of the company and the centerpiece of the 100th birthday celebration scheduled for the summer of 2003, we needed something truly special that would not only look the part but at the same time make an engineering statement.

Often, when a company builds a limited production flagship, the goal is to create a testbed for new technologies that then filter down to more mainstream products. That’s what we had in mind when developing the GT, so as I was leading the team that designed the suspension, steering, brakes, and spaceframe, I wanted to do what I could to be as innovative as possible. The result was many discussions with potential suppliers to see what they were developing, what new technologies they were working on, and how these could benefit our car. I wanted to do something fun and exciting with the suspension.