Jay Leno Released From Burn Ward, And Why A Steam Car Caused A Gas Fire In The First Place

I’m sure you remember how a bit over a week ago the man who is possibly the world’s most famous gearhead, Jay Leno, was severely burned in a gasoline fire while working on one of his cars. I’m happy to inform you now that Jay seems to be on the mend, and has been released from the Grossman Burn Center in Los Angeles. As you can see in the pic released by the burn center, Jay’s trademark lower jaw seems to have taken the brunt of the burns, but he’s healing up and back in his expected all-denim getup, which I take as a good sign. Also, it’s worth noting that the car Leno was working on when this happened was a 1907 White steam car. And the injuries happened because he was sprayed with gasoline. So why would a steam car have gasoline at all? I’ll explain.

But before we get there, let’s hear from Dr. Peter Grossman, of the burn clinic that bears his name:

“I am pleased with Jay’s progress, and I am optimistic that he will make a full recovery.”

That’s great. Reports suggest he was a peach of a patient, and the hospital issued this statement as well:

“Jay would like to let everyone know how thankful he is for the care he received, and is very appreciative of all of the well wishes. He is looking forward to spending Thanksgiving with his family and friends and wishes everyone a wonderful holiday.”

Leno received skin grafts from donor skin, and had to spend time in a hyperbaric chamber. These were pretty severe burns, but the Grossman clinic is known to be one of the best in the country, so he was in good hands.

I should add that I know Jay a bit, as he blurbed my book and I was a producer on his show for a while, and we once shared a magical time in the worst car ever built:

Drifting takes on a new meaning in the Hoffman. #JayLenosGarage pic.twitter.com/WzMQwDIyyb

In my experience, he’s proven to be a genuinely good guy, and it says something that this man, who has so much money that if he went out to lunch with God, he’d pay, is doing his own work on his own incredibly obscure cars. His love for cars is genuine and not about status or any other bullshit like that. He’s the real deal.

Here’s the 1907 White steamer that he was working on when the accident happened:

So while steam cars don’t run on gasoline, that doesn’t mean they can’t. Even though steam cars are powered by steam, you still have to make the steam, which means heating up water. The methods used to heat water can involve burning wood or coal or really pretty much anything, including gasoline. 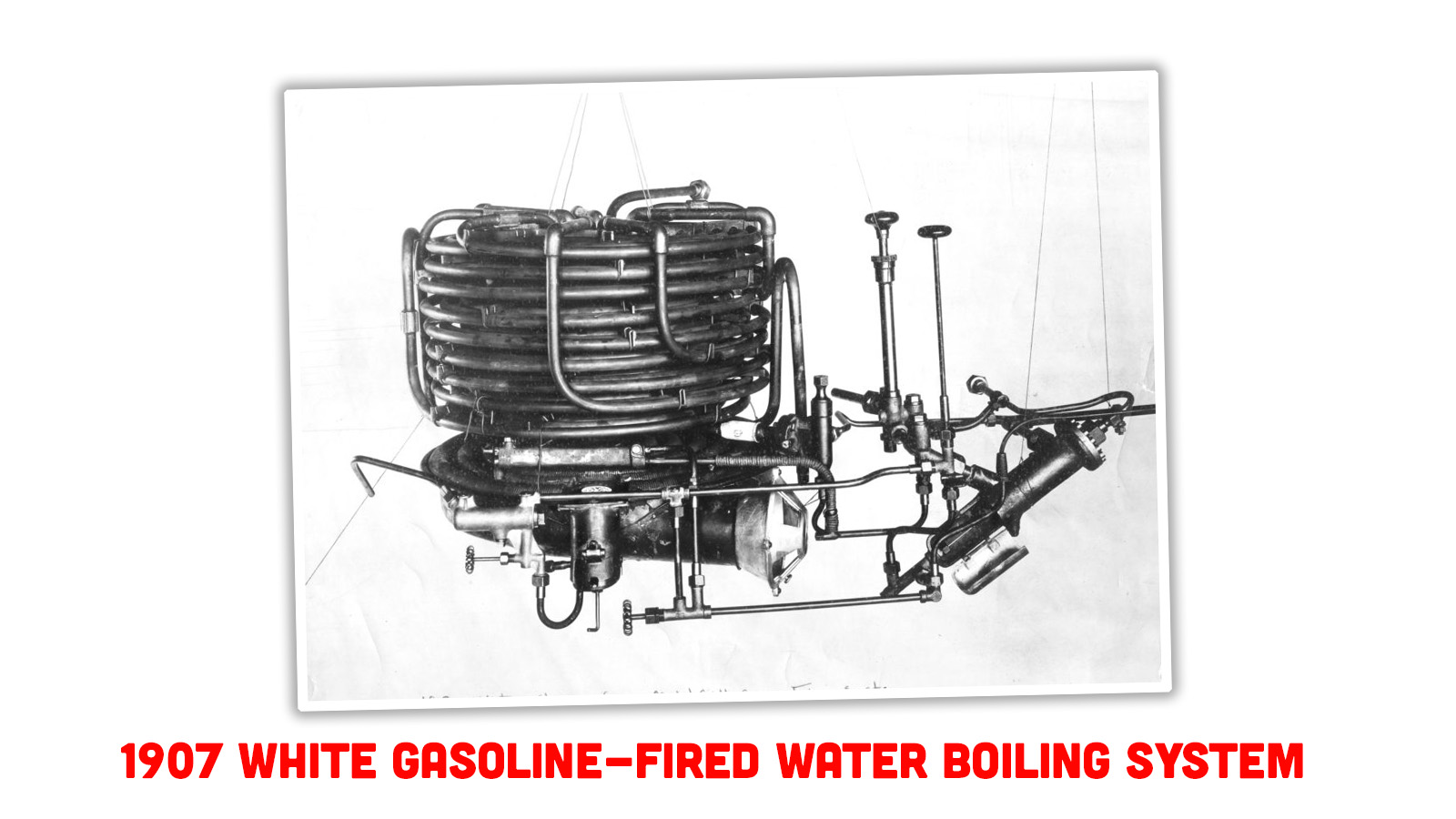 In the case of the White steamer, there’s a “pilot fuel” used to light the flame to get the water hot, and, as you can hear Jay say at this point in the video, the White uses gasoline to light the pilot of the car. It’s also worth noting that the gasoline tank in the car is pressurized, so if Jay was under the car and something happened to a fuel line, it’s not going to just drip out like a non-running internal combustion car would, but instead would spray out, since it’s under pressure.

So, for all of you White steam car owners reading this, take heed from Jay’s misfortune and be careful when working on the pilot system! In fact, maybe it’s best for you to take it to one of the many friendly White Steam Car dealerships in your area. Why risk it?

I'm a co-founder of the Autopian, the site you're on RIGHT NOW! I'm here to talk to you about taillights until you cry and beg me to stop, which I absolutely will not. Sorry. Hug? Also, David's friend.
Read All My Posts »
PrevPreviousThe ElectraMeccanica Solo Is Way More Fun Than Its Looks Would Have You Believe
NextWe Walked Around The Hyundai Vision 74 Concept And It’s Just As Good In PersonNext