I suspect that there is a universal set of thoughts that go through the minds of everyone who has ever driven and appreciated a Lada Niva: How can this car be both constantly about to fall apart and simultaneously so rugged? Why does the heat just sort of ooze out of the dash cracks instead of coming out of the vents? Is that a weld or can cars grow tumors? I also suspect that one thought that has never entered the minds of Niva drivers is “I sure wish this thing had fewer electronics and technological refinements,” but that’s the wish that Lada parent company AVTOVAZ is currently answering with the new Niva Classic ’22 edition. Oh good.

The Niva Classic ’22 looks like Nivas have looked for, well, decades, but there’s less there than meets the eye. Niva production was forced to stop due to economic sanctions back in March, as a number of key imported components were no longer available. Components like Bosch ABS brake systems and Russia’s version of satellite accident-location and alert systems and any kind of radio head unit or even speakers. You still get power steering, power windows up front, and, um, that’s about it.

An “on-board computer” is mentioned, but it just seems to refer to this in the gauge cluster: 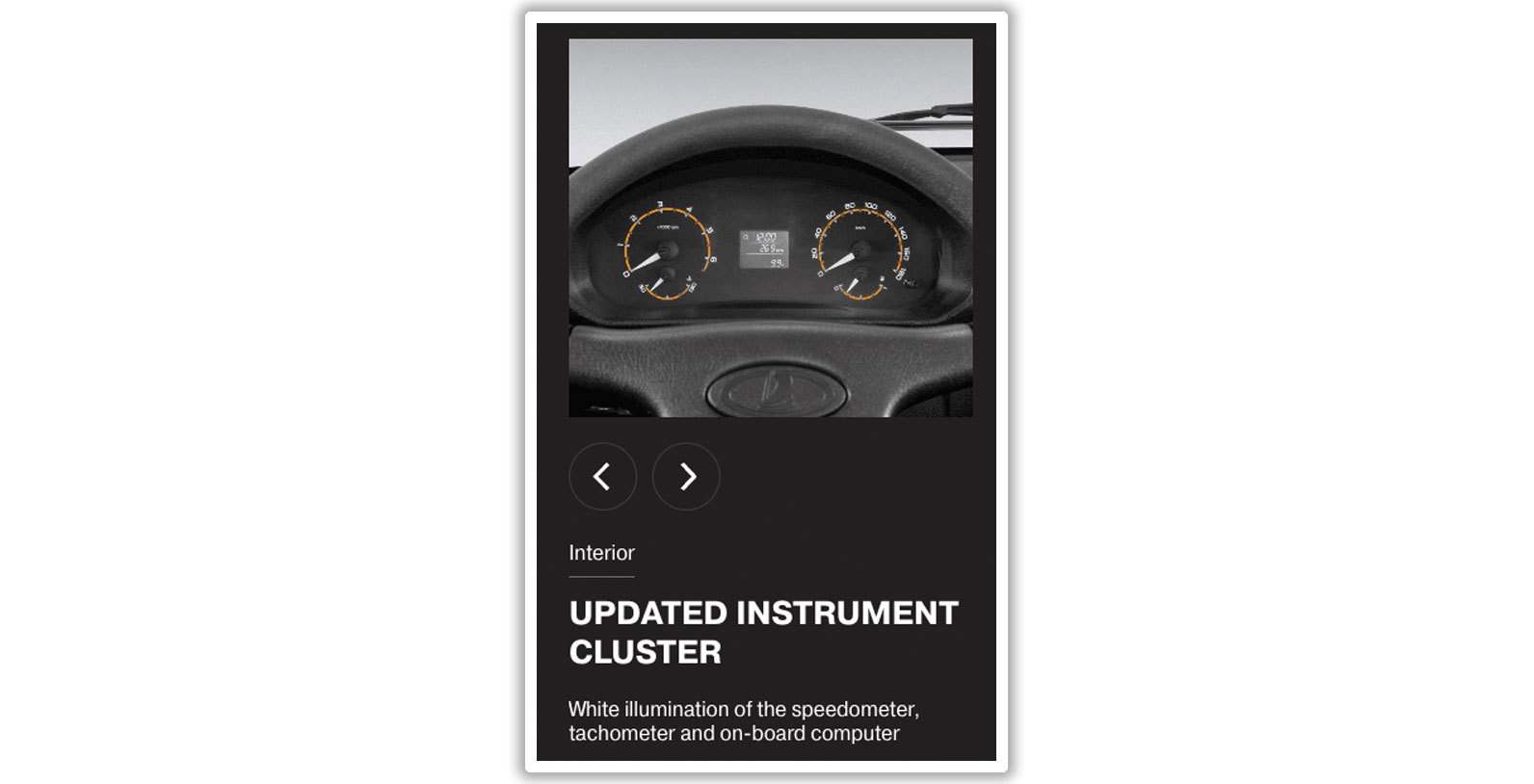 So, a digital clock? A trip odometer? Maybe a distance-to-empty meter, though I wouldn’t necessarily get my hopes up. Does this count as infotainment? 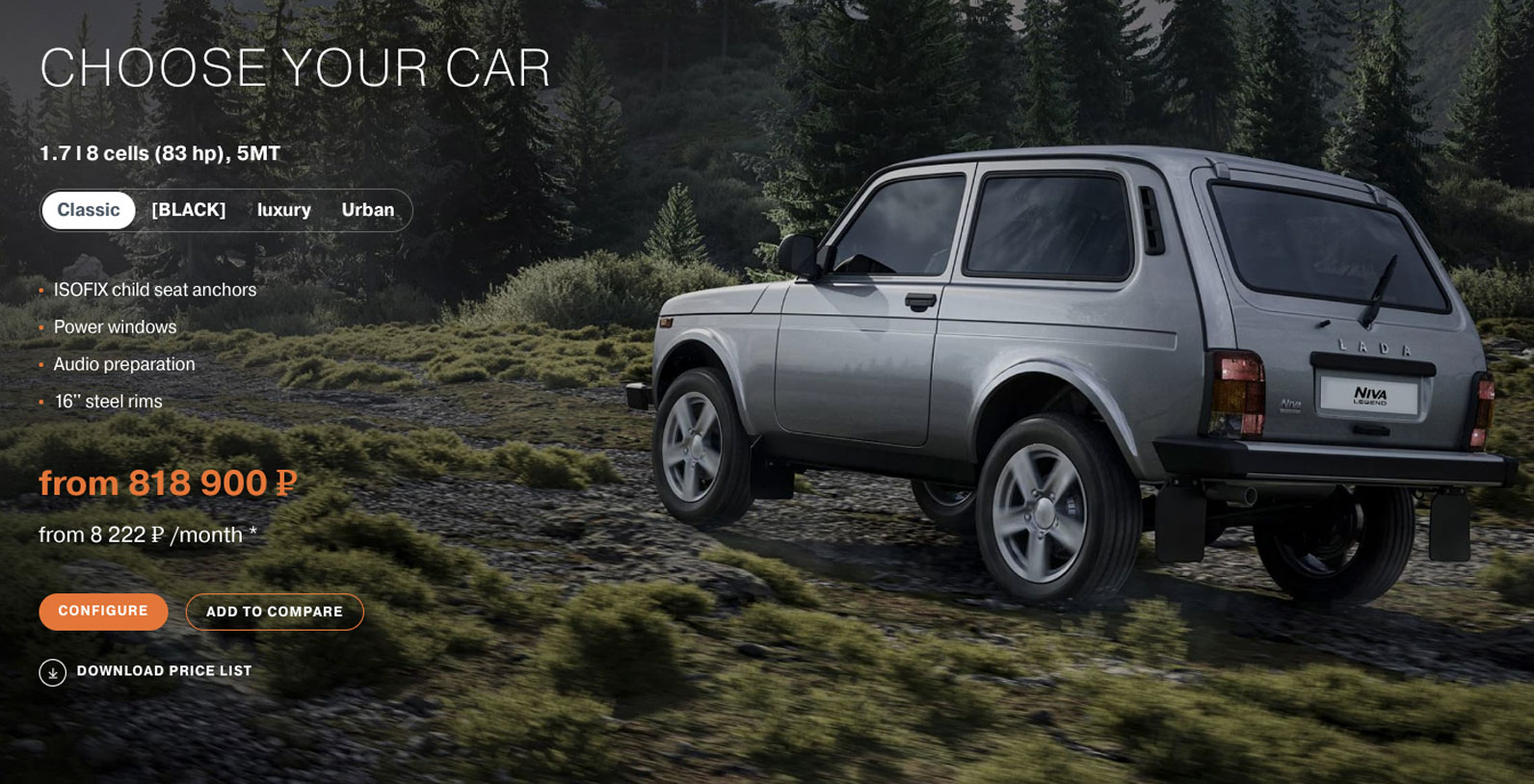 The Lada website still shows other Niva trim options, but it’s not clear if any are available other than the downgraded Classic ’22 edition. 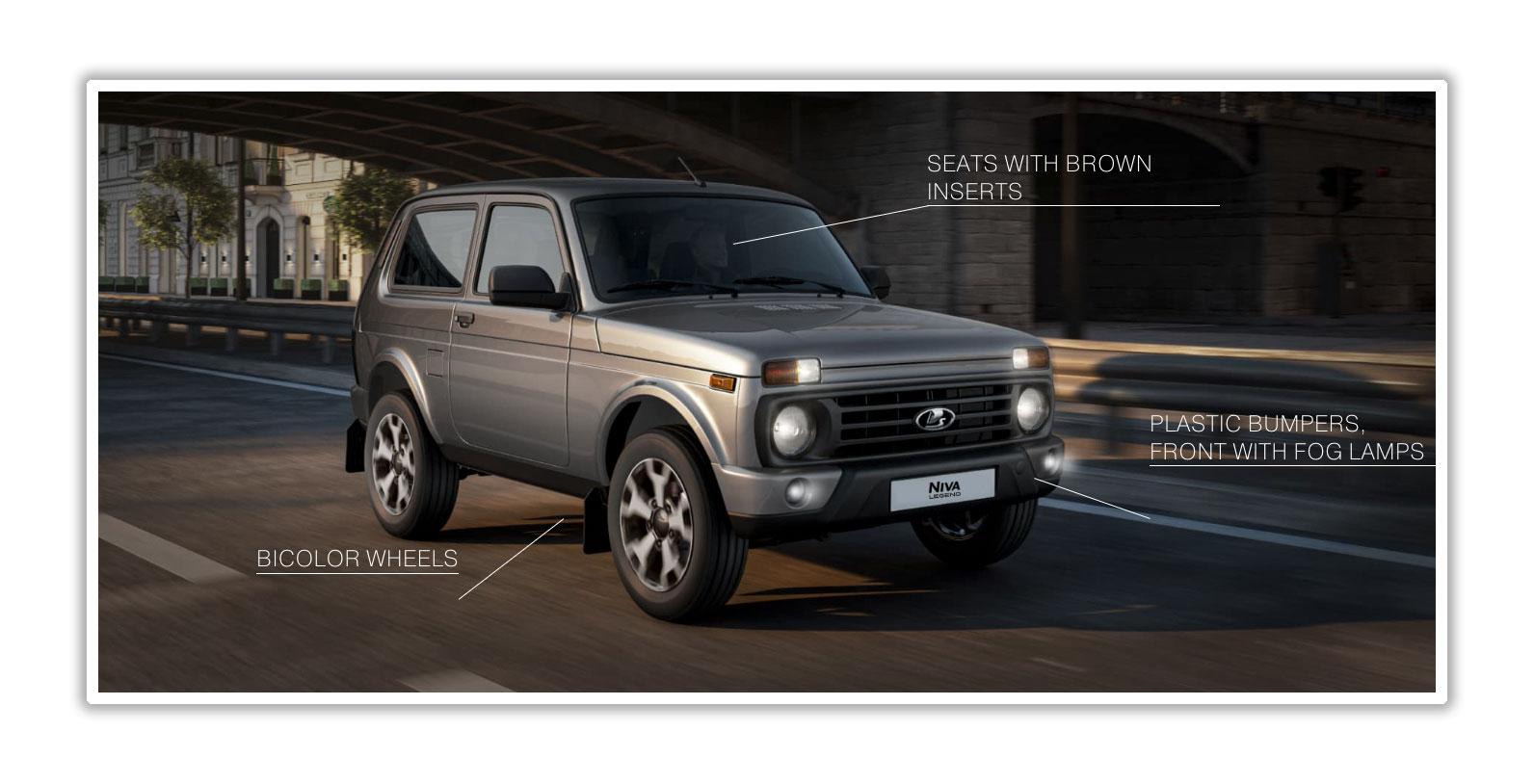 Still, if you’re into your seat inserts being “brown” and your bumpers plastic, maybe you can still specify those things.

Also, recently relaxed regulations from the Russian government have freed the Niva from needing to have airbags, electronic seat belt pre-tensioners, front-impact crash tests — pretty much any pretense of making a safe car by modern standards. Because it isn’t. I mean, the Niva didn’t have far to fall, but it’s still something that’s practically unheard of today.

Here’s what Lada’s parent company AVTOVAZ has to say about this new-old special regression-edition Niva:

AVTOVAZ resumes production of the three-door SUV LADA NIVA Legend in a new configuration for the 2022 model year. The first will be the Classic’22 version, designed to ensure the maximum possible localization of the car, eliminating the impact of a shortage of imported components.

Maxim Sokolov, President of JSC AVTOVAZ: “The resumption of production of the second LADA model and the launch of another conveyor line in the current difficult conditions is a real victory for the entire AVTOVAZ team. As early as this week, affordable and most popular Russian SUVs NIVA Legend will again be delivered to dealerships in a special configuration, the cost of which will be reduced. I am sure that the car will be in steady demand. The company continues to make every effort to resume production of all cars of the LADA model range, actively working with suppliers from Russia and friendly countries.”

I’ll admit, I genuinely love the old Niva, and think we could really use a manual, $15,000 workhorse like this in America. [Editor’s Note: I myself would love an airbagless, basic five-speed off-road hatchback like the Niva. -DT]. But, none of that changes the reason why this very strange downgrade is happening: Russia’s invasion of Ukraine which, if you’ll permit me editorializing, I hope they lose and the whole stupid mess ends as soon as possible. Yes, my heritage is Ukrainian (my last name comes from the place that makes this ketchup and BBQ sauce) but I’m pretty certain I’d see this idiotic war as the senseless murderous mess it is no matter where my family hailed from.

The Niva didn’t start this war, and it is a testimony to the simplicity of the basic Niva design, largely unchanged since it launched in 1977, that it is able to be still built essentially just as well without modern components. That said, fuck Putin and I hope this war ends soon.

I'm a co-founder of the Autopian, the site you're on RIGHT NOW! I'm here to talk to you about taillights until you cry and beg me to stop, which I absolutely will not. Sorry. Hug? Also, David's friend.
Read All My Posts »
PrevPreviousSame Number Of Gears As There Are Pedals: 1974 Ford Ranchero vs 1964 International Scout
NextThe 2022 Chevy Blazer EV May Be The First Production Car To Be Available As FWD, RWD, And AWDNext