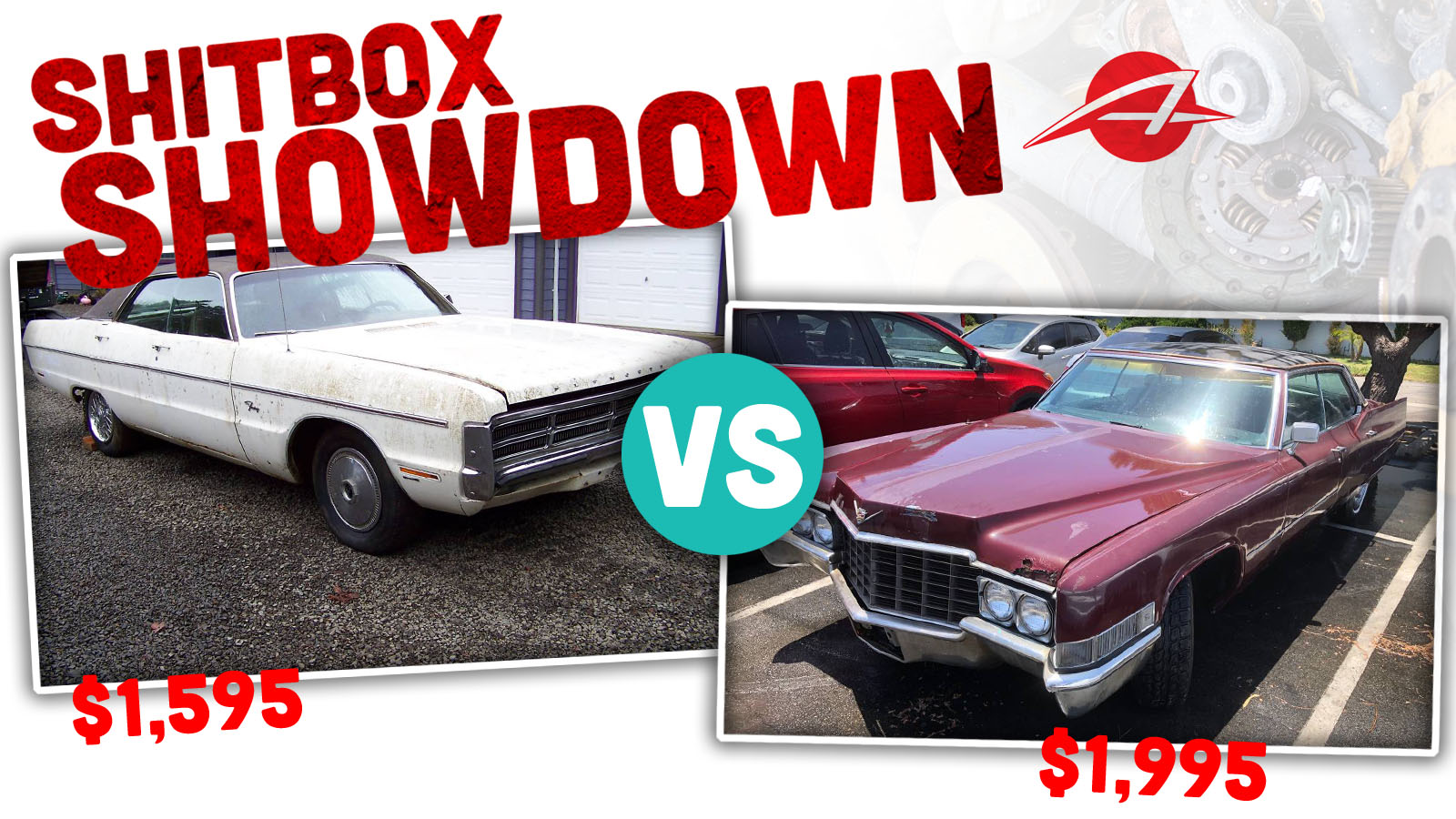 Ahoy there, Autopians! Today on Shitbox Showdown, we’re going to the opposite end of the car size scale, and looking at a couple of good old fashioned American barges. Big V8s, long bench seats, and marshmallows for springs are the order of the day. But first, let’s take a look at the final tally of our tiny Subies:

Yep. I say again: Tiny. Rally. Car. The 360 is best left as a museum piece at this point, or hacked up into something even weirder.

Either of yesterday’s choices could nearly fit into the trunks of today’s. These cars are the reason the little Subaru 360 felt so tiny and fragile on American roads. I bet the engine and transmission of either of these alone weigh about as much as that little Subaru. They’re inefficient, cumbersome, a pain in the ass to park, and lumber around corners like a moose on rollerblades, but for gobbling up miles of Interstate in smooth serenity, there’s nothing quite like them. Let’s dive in. 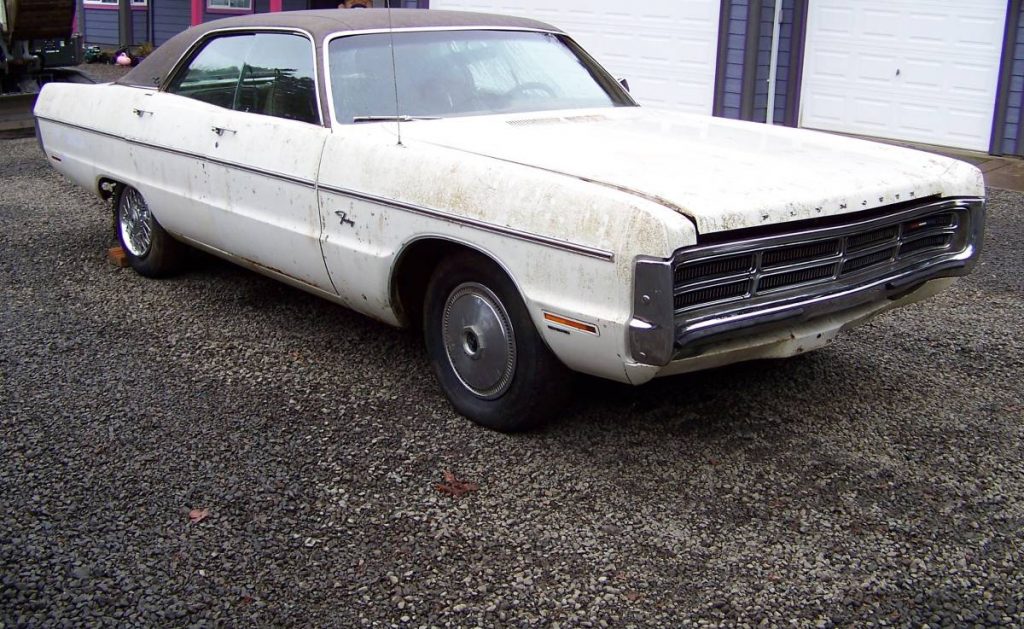 Location: outside St Helens, OR

“Plymouth Fury” might be one of the greatest car names of all time. It’s also, in most cases, a misnomer: the Fury is quite a nice, civilized car. (Well, except that one.) Plymouth’s full-sized sedan grew over the course of the 1960s into this 120-inch-wheelbase monster. And yes, all the info I found says that this particular model of the 1971 Fury was called the “Gran Coupe,” even when it had four doors. (And the Germans thought they were doing something new.) 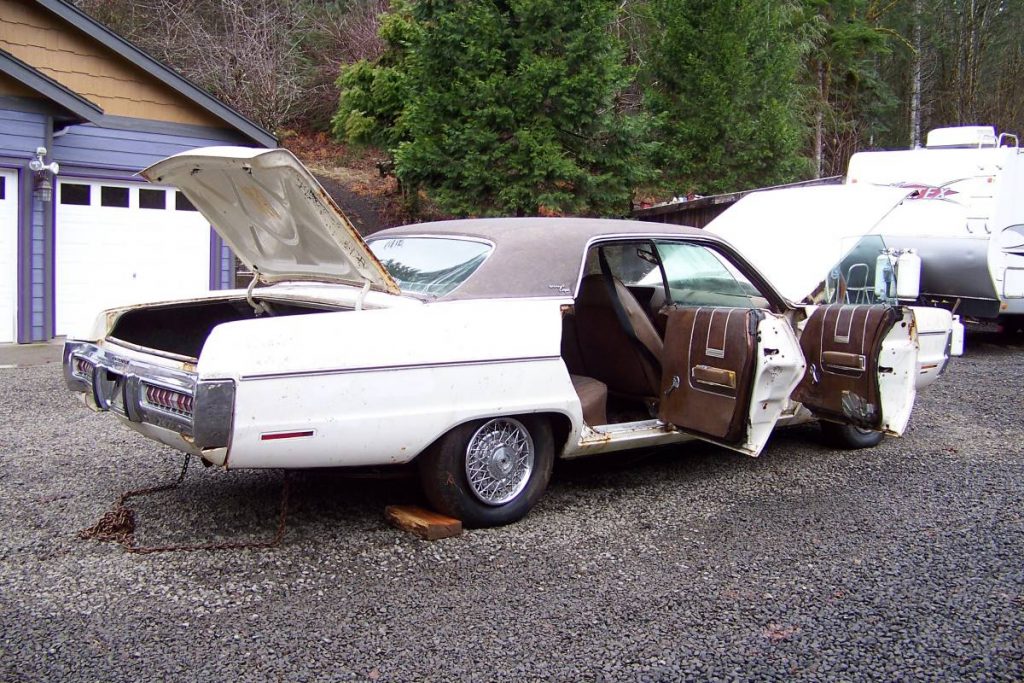 The seller might be wrong about one thing, though: they claim this car has the “Mod Top” package, but it appears that option was only offered in 1969 and 1970, and never on the Fury.  But this car’s paisley-print vinyl top and seats were from the factory, as part of the Gran Coupe package, as was the then-new 360 cubic inch V8. 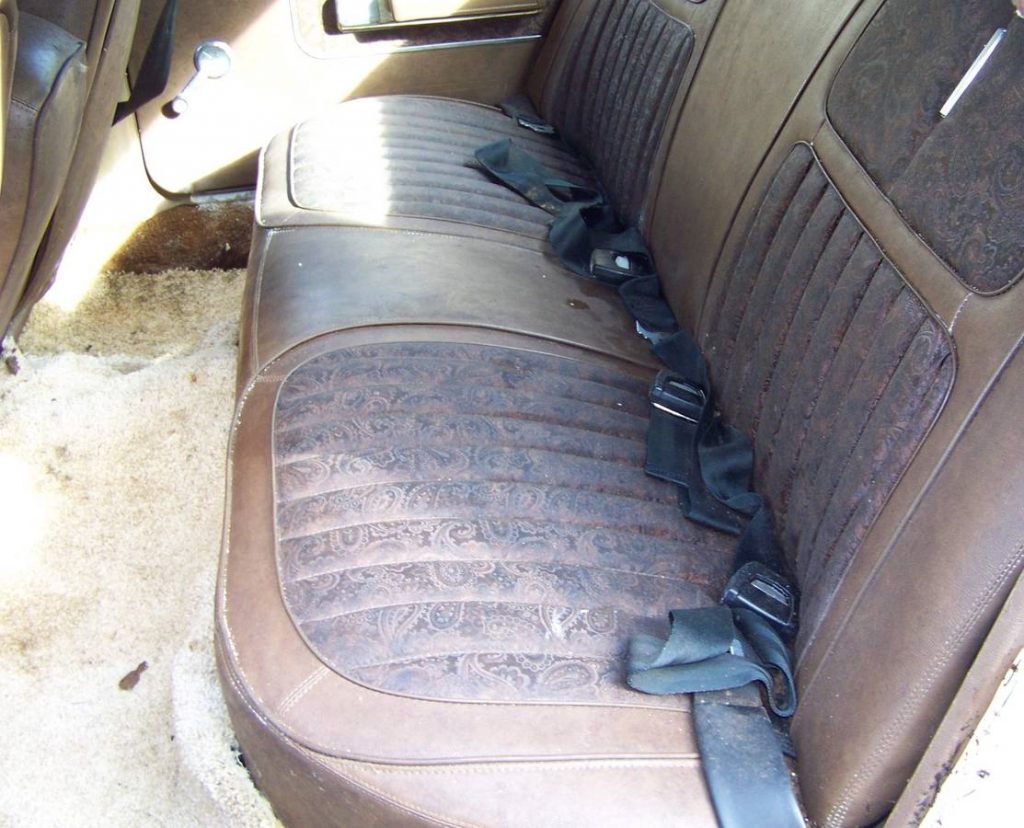 The engine doesn’t run, but it sounds like it may be due to just sitting for a while. Old V8s like this aren’t complicated; if you’ve got fuel, spark, and compression, you should be able to get it started without much trouble. The rest of the car looks OK, give or take a little rust; mostly it’s just dirty. And that paisley interior is undeniably cool. 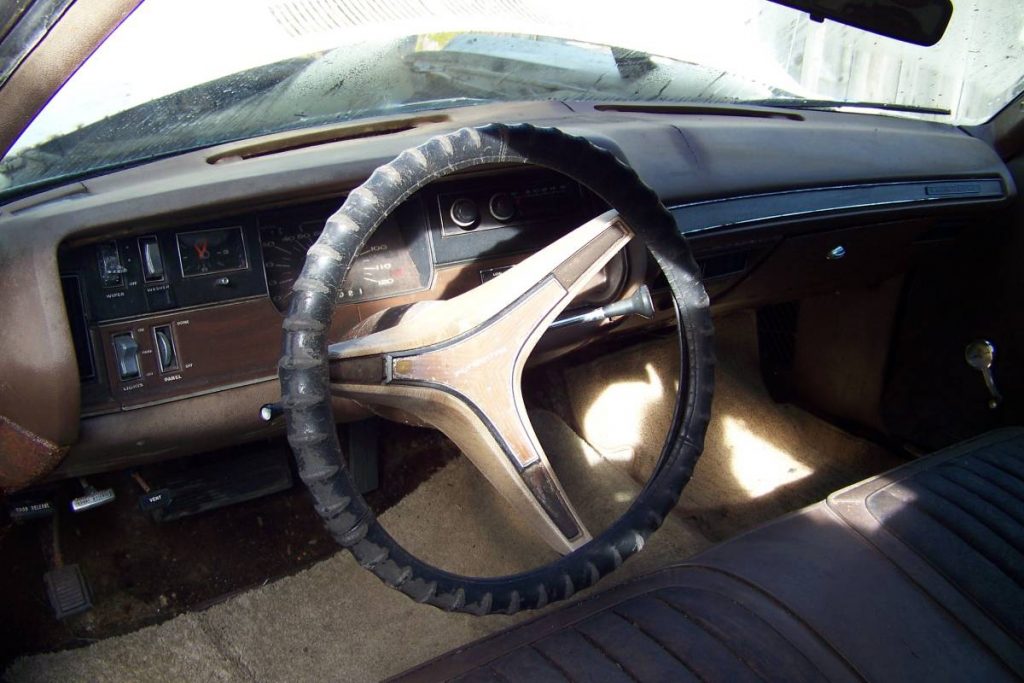 It’s not the cool slab-sided stacked-headlight ’66 that’s my personal favorite Plymouth Fury, but it’s still a nice car. Or it was once, and maybe could be again. 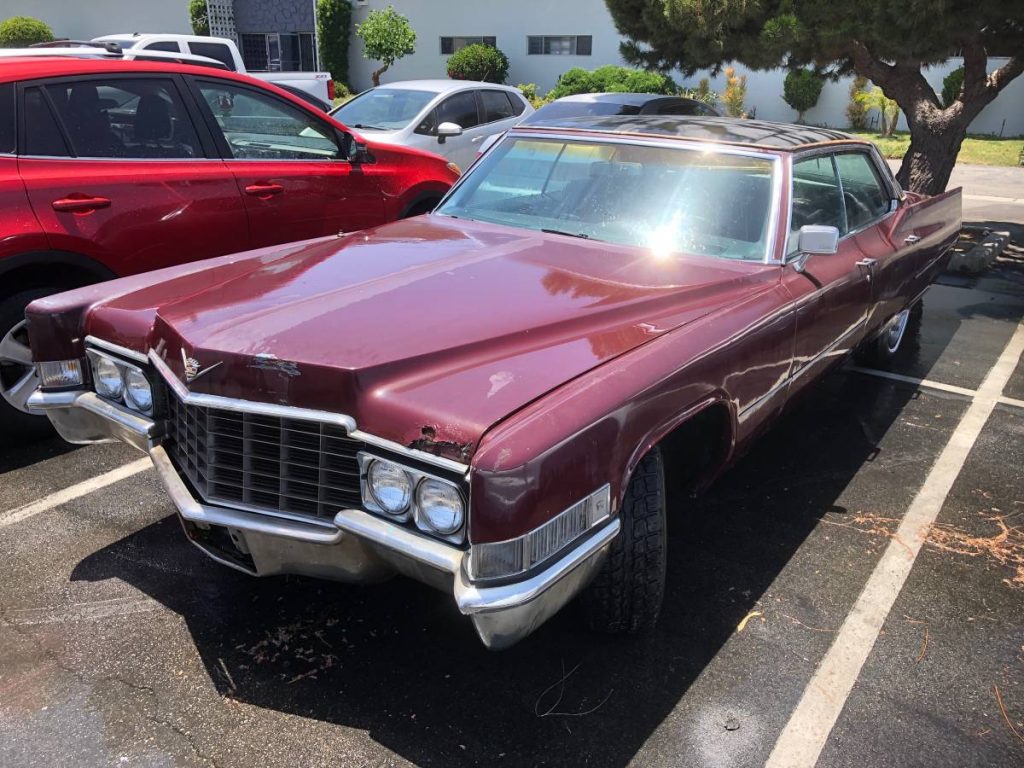 Plymouth Fury not big enough for you? Well, feast your eyes on this beauty. Eighteen feet and nine inches of American steel, with big chrome bumpers stretching from sea to shining sea. Utterly unmistakable for anything but a Cadillac. Seven point seven liters under that massive hood, and barely a smog control device in sight. Meet the 1969 Cadillac Sedan DeVille. 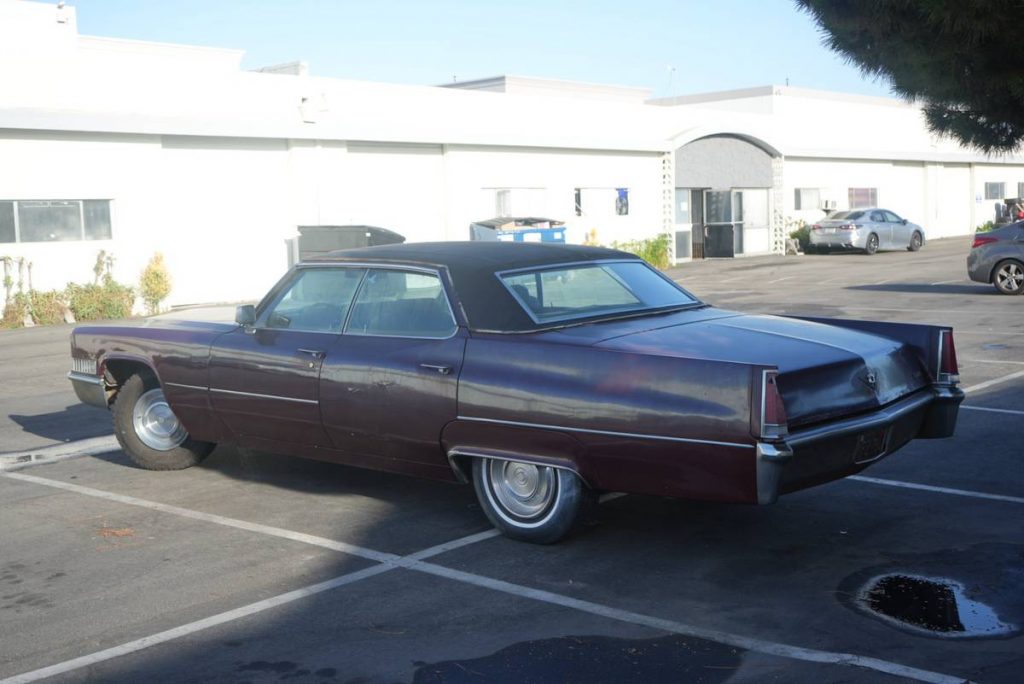 This particular DeVille needs a little help. The seller says it has a rebuilt engine that needs to be hooked up, but they don’t have the ability to finish it. If that massive hunk of cast iron is already between the frame rails, connecting everything up and getting it running should be an easy task for an accomplished do-it-yourselfer. 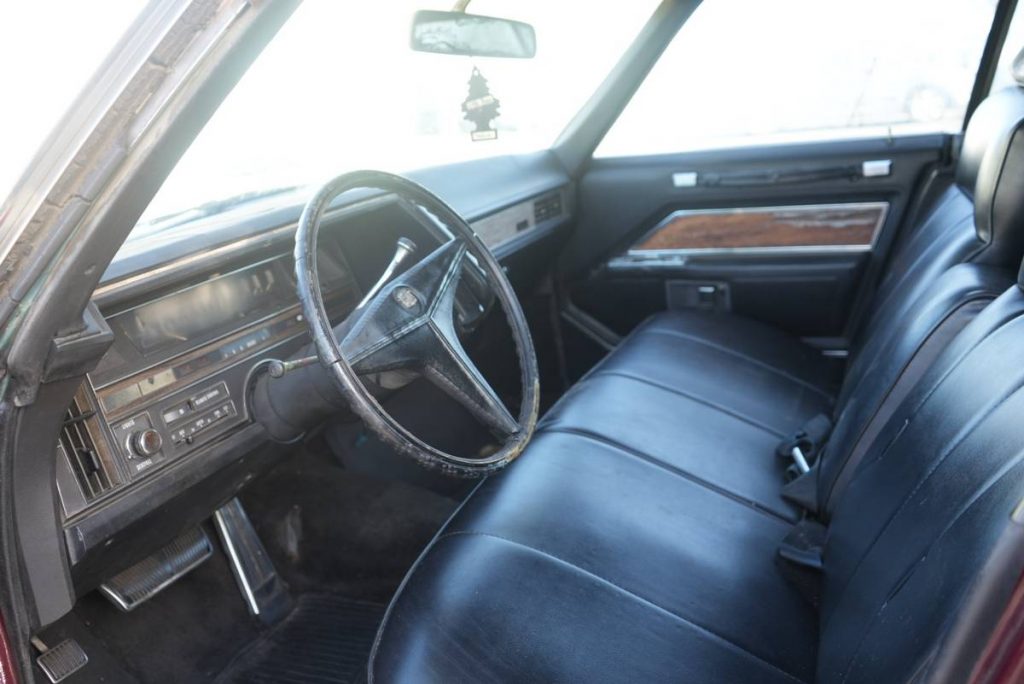 This Caddy looks a little rough outside, with a bit of rust around the edges, but inside it’s quite nice. But with only 40,000 miles on the clock, it should be. And personally, I kinda like the scruffy look on the outside; it looks like something a second-rate private eye in an Elmore Leonard novel should be driving. It’s got character. 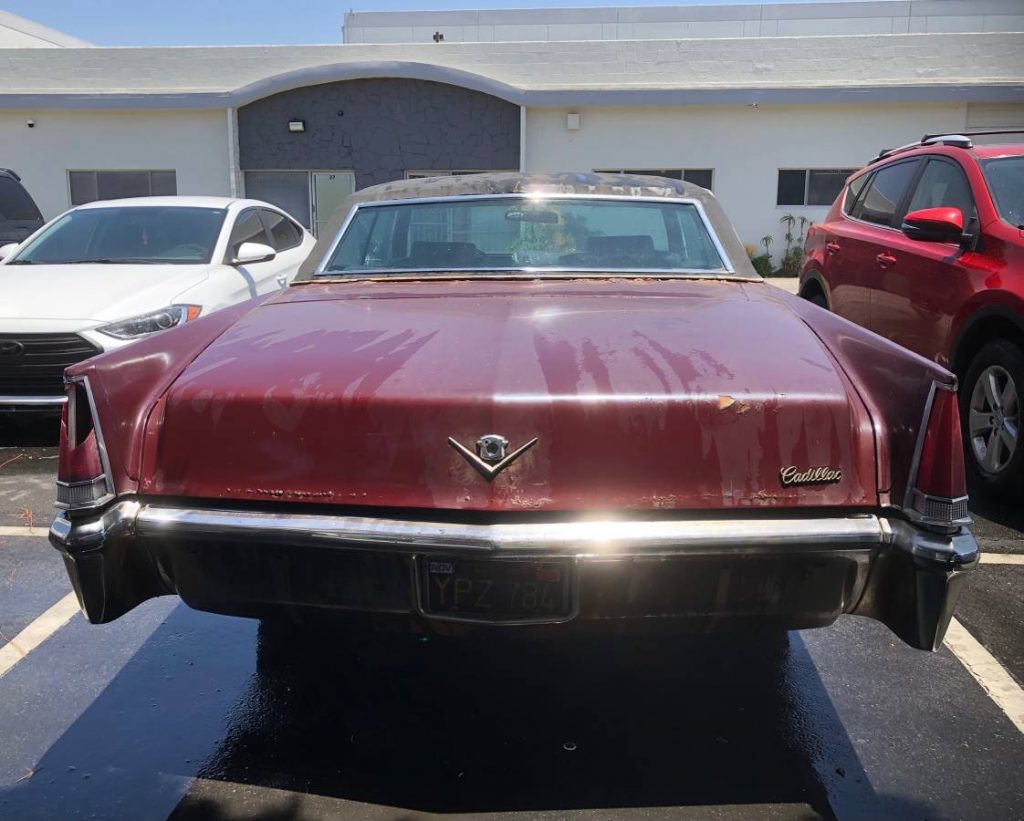 OK, sure, it probably gets eight miles to the gallon, which isn’t ideal these days. But where else are you going to find such a massive quantity of faded glory for so cheap?

It’s strange to think that these behemoths used to be normal-sized cars, because they were followed by twenty years of downsizing. But everything old is new again: A new Chevy Silverado crew cab is an inch and a half wider than this Cadillac, and sixteen inches longer. But I bet I know which one rides smoother.

So what’ll it be: a paisley Plymouth, or a hardtop Caddy?