Good morning, everyone, and happy Monday to you! I trust you all had a good weekend, and that the dads out there got some cool stuff (or just rest and relaxation) for Father’s Day.

From the looks of it, you all enjoyed me messing with the Friday formula, so we’ll keep it up for a while and see where it takes us. We might look at a pair of cars from Copart or police auctions or six-figure Bring A Trailer auctions. But only on Fridays. The rest of the week, it’s nothing but $2,500 clunkers as far as the eye can see.

So let’s see which little British car you fancied:

That would be my choice as well. That Spitfire is just too cool to pass up. A lot of commenters thought that both of these cars were priced a little high, but based on the amount of work done that a new owner wouldn’t have to do, I don’t think they’re too far out of line. Add up the totals of those parts on Moss Motors and you’ll see what I mean.

Today we’ve got a pair of teeny-tiny cars from Fuji Heavy Industries, or as you might know them better, Subaru. Let’s check ’em out. 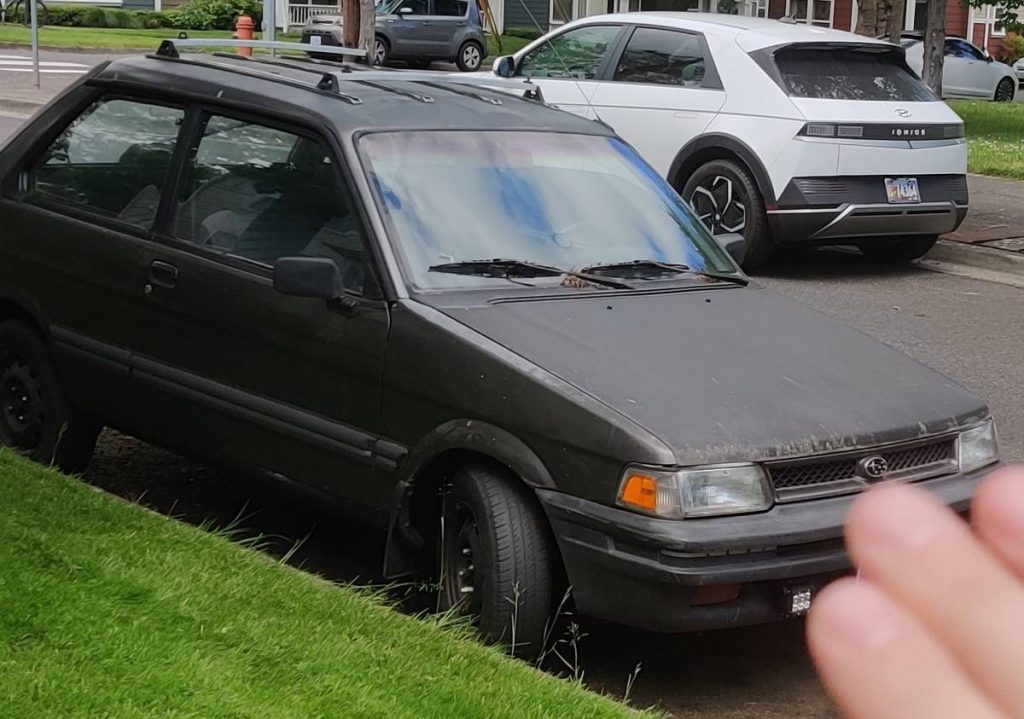 Remembe when I said last week that I don’t really like Subarus? Yeah, that doesn’t apply to the Justy. I have a thing for small hatchbacks anyway, but one with push-button 4WD? Yes please. It’s like a tiny rally car, and who doesn’t love rally cars?

Not that you’ll be winning many races, with a 1.2 liter three-cylinder engine, but speed isn’t everything. The addition of four-wheel-drive made the Justy stand out against competitors like the Geo Metro and Daihatsu Charade (remember those?). And it’s a good-looking little car, too, in that boxy ’80s kind of way, clean and simple and purposeful.

This particular Justy is in running and driving condition, but the seller says the right rear wheel bearing is shot and needs to be replaced. Not a terrible ordeal for a do-it-yourselfer if you have the right tools, but if you need to have a shop do it, tack on another few hundred to the price. The seller also says the air conditioning and radio don’t work, but I don’t see a button for A/C, so maybe they mean the blower fan. I suppose it’s possible they’re on the same fuse.

Aside from those issues, this car looks like it’s in good condition. The seller says the title is from the previous owner, but they have a bill of sale; it shouldn’t be a problem, but make sure the paper trail is complete. I’ve been through the hassle of trying to track down a missing bill of sale, and it’s a pain in the ass. But if everything checks out, this could be a good deal on a unique little runabout. 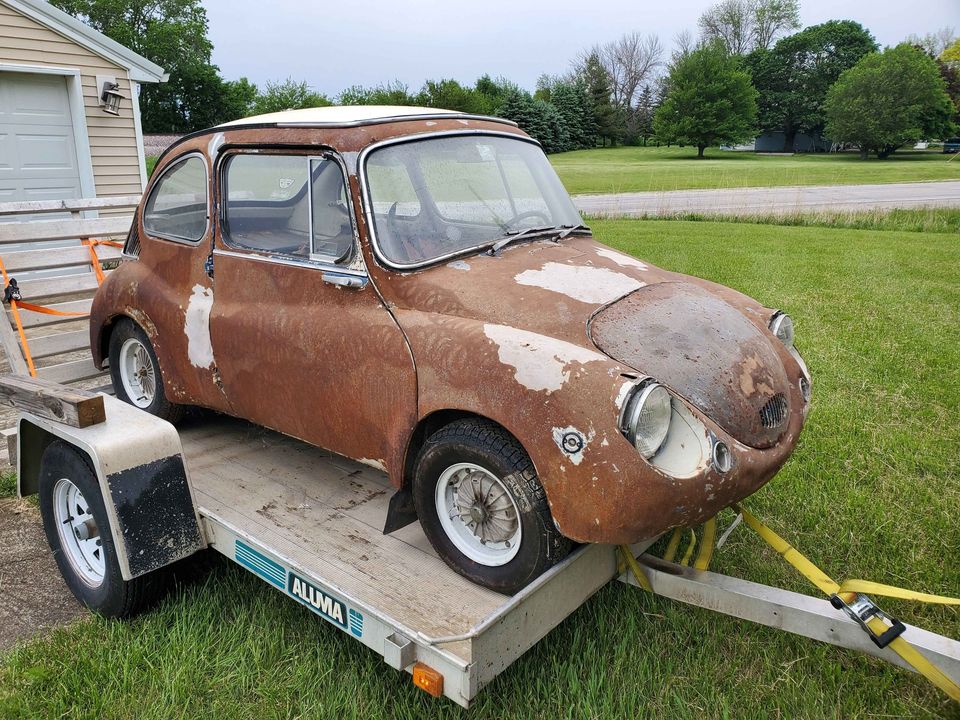 Runs/drives? Nope, but seller claims “was running a couple years ago”

First, I’d like to thank my friend Eric Rhodes for sending me this ad. I’d still like to get a tip-line set up eventually, but until then, it’s good to know my spy network is out there keeping an eye out for interesting cars.

If you want to know who’s to blame for the noisy WRX that just cut in front of you and punctuated the move with a cloud of vape smoke, it’s Malcolm Bricklin. Bricklin imported the first Subarus to the US, starting in 1968, with this little fella: the Subaru 360. 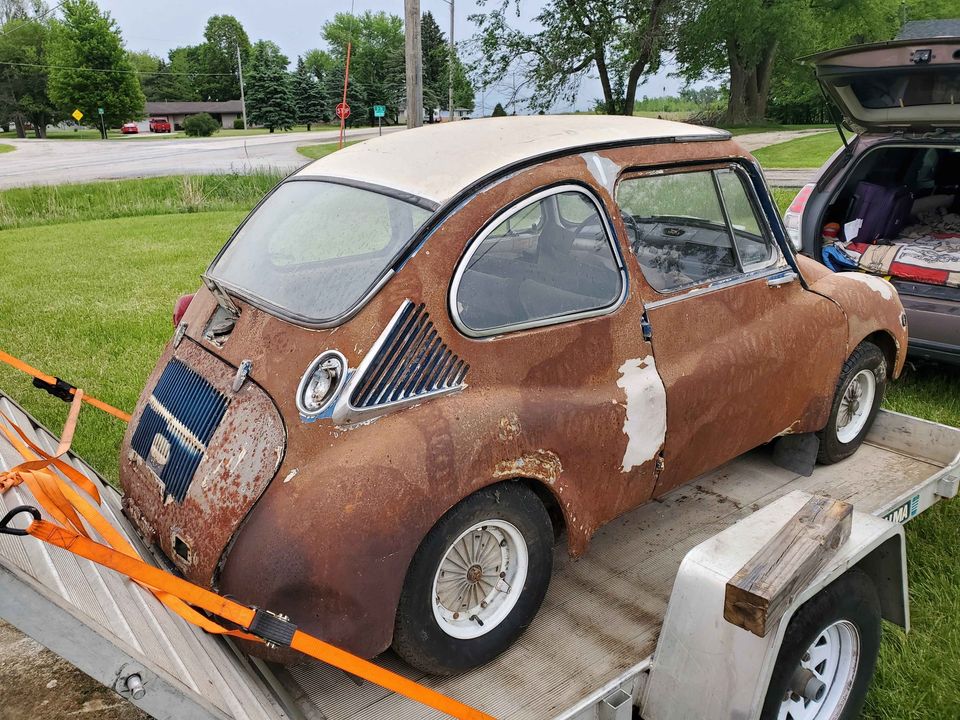 This thing is barely a car, honestly. It has a 356cc two-stroke engine, weighs about 900 pounds, and according to contemporary tests, takes 37 seconds to reach 60 miles per hour (which must be terrifying). It’s not even ten feet long. It was considered a deathtrap when new, and any notion of safety beyond that of a moped is laughable now. But it was a foot in the door of the US market, and that’s all that Bricklin, and Subaru, needed. 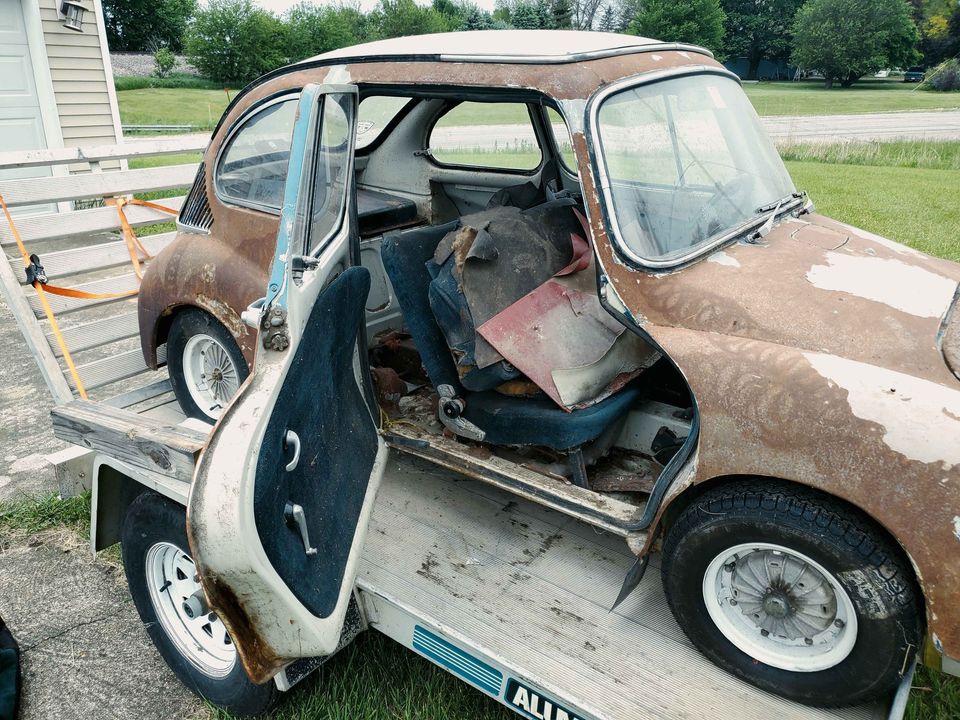 This 360 is rough, and it looks like it has been sitting outside. All the paint is gone, and large swaths of what look like Bondo are speckled all over. (The roof is rust-free because it’s fiberglass, by the way.) But it’s nearly all there, and even the parts that can’t be used, like the door cards and seat fabric, could be used as templates to make replacements. The very rusty engine was said to be running a couple of years ago, but we all know that means basically nothing now. 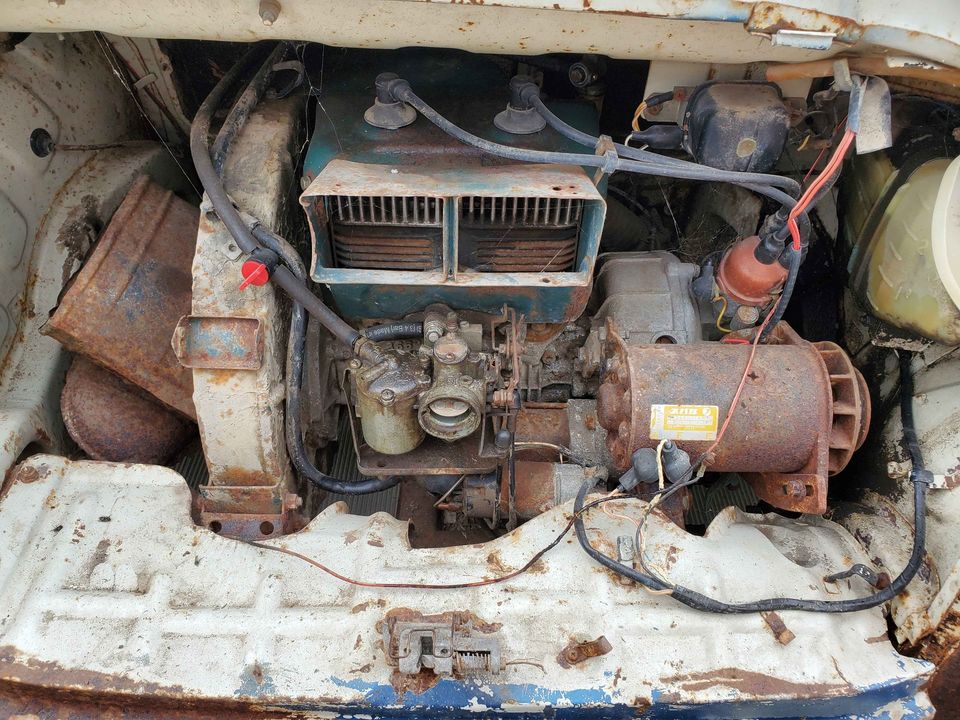 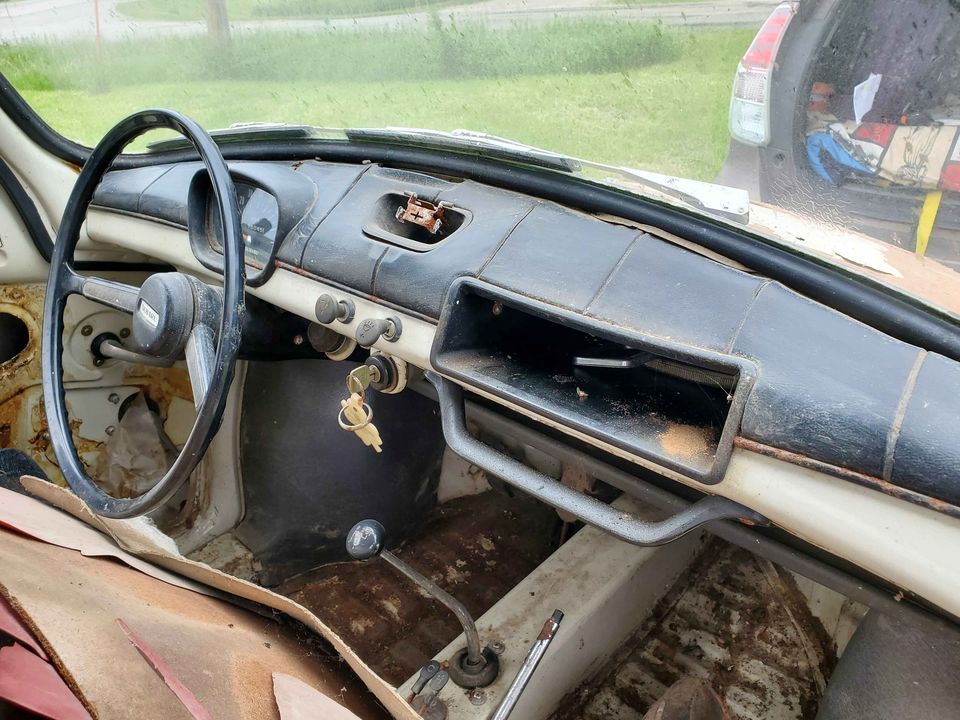 Really, what might be best for this anyway is to transplant some sort of motorcycle engine into it. The stock engine is 25 horsepower, so it wouldn’t be hard to double that with the right swap, so it could at least get out of its own way. It’s a unique project, certainly not for the faint of heart, but if you like a challenge, here it is.

So there they are: two tiny cars from Subaru’s past that are way more interesting than the swarms of Outbacks and Foresters that descend on farmer’s markets across the country every weekend. Which one would find a place in your driveway?