The thing I like most about cars is the hardware beneath the skin. I love getting a look at how all the mechanical and electrical systems come together to form a beautifully integrated system. But though I enjoy looking at cars’ guts, I’d prefer those guts to be carefully removed, not spilled all over the roadway, as was the case with these two ~$200,000 Lamborghini Huracans that crashed in Denver. Check it out.

The Autopian rarely blogs on weekends in an attempt to keep our small team from burnout, but weekend content will begin here soon. We’ll start with articles that I personally struggle with: simple, short, non-deep-dive blogs like this one about a crash in Denver on Thursday night. Per the Denver Fire Department, this incident and the subsequent fire that broke out in one of the vehicles happened — rather conveniently — right in front of the fire station:

Public Service Announcement: Drive Safe this weekend. Lots of events downtown. Last night 2 Lamborghinis were involved in an accident that resulted in one vehicle catching fire in the front yard of Station 1. Fortunately no one was injured.

The Denver Post alleges a witness account of hoonery, and states that Denver police arrested the men to investigate whether they were driving while under the influence, and also because they appeared to have been driving recklessly. From the Denver Post:.

Based on a witness account, the drivers were stopped for a red traffic light on Speer, revving the engines, and both “accelerated as fast as possible” when the light turned green, crashing in short order, according to an arrest affidavit.

[One car] burst into flames…

Both men were arrested on investigation of driving under the influence of drugs, reckless driving and speed exhibition, police said.

It’s not clear whether the purple car had its door ripped off during the crash or after as some kind of occupant extraction/blaze-smothering strategy, but either way: The thing looks bad. The mangled door, the smashed  hood, the heavily dented rear quarter panel. It’s not good.

But it’s not nearly as rough as the Huracan in the top photo. Let’s have a closer look at this rear end:

Hop in the comments and see if you can help me identify some of these parts. Obviously, you can see the valve covers on the V10 engine, and some kind of intake pipe. Is that the accessory drive there at the front? What about that weird snowman-shaped thing — is that a coolant bottle or some kind of vacuum reservoir? Also: On the bottom right, is that the headlight?

It’s a dark photo, so it’s hard to tell.

This seems like a good excuse for me to pull up a picture of the Huracan’s body, which Lamborghini calls a “Hybrid Chassis” built largely out of aluminum, but featuring a nice carbon-fiber center tunnel and rear bulkhead. Lamborghini says the Huracan has an “aluminum and thermoplastic resin body [sitting] on a lightweight hybrid chassis in aluminum and carbon fiber,” though “sitting on” is maybe not the best way to put it, as it’s really all integrated. Check that out above.

The carbon fiber tunnel adds to overall stiffness, and the rear bulkhead gives a nice, strong structure on which to mount the rear section, which contains the engine and suspension. Plus, that carbon fiber wall acts as a strong barrier against intrusion of all that heavy hardware in the back. YouTuber B is for Build gives a great look at that rear carbon fiber bulkhead — it’s quite fascinating the way it’s integrated into the otherwise-aluminum chassis:

Should you be averse to moving pictures, here are some static photos from someone on eBay selling an entire Huracan body shell for about $9,000:

What’s great about the listing is that it appears to show where the rear aluminum structure mounts to the rear bulkhead, with a photo of the attached rear structure (below) and the removed rear structure showing the tabs (above): 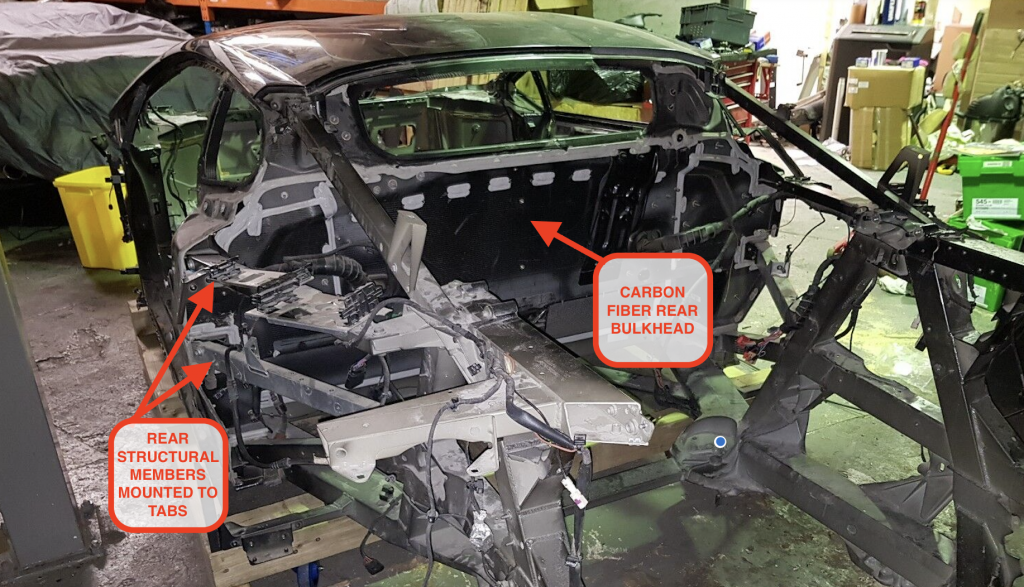 Here are a couple more photos of the structure: 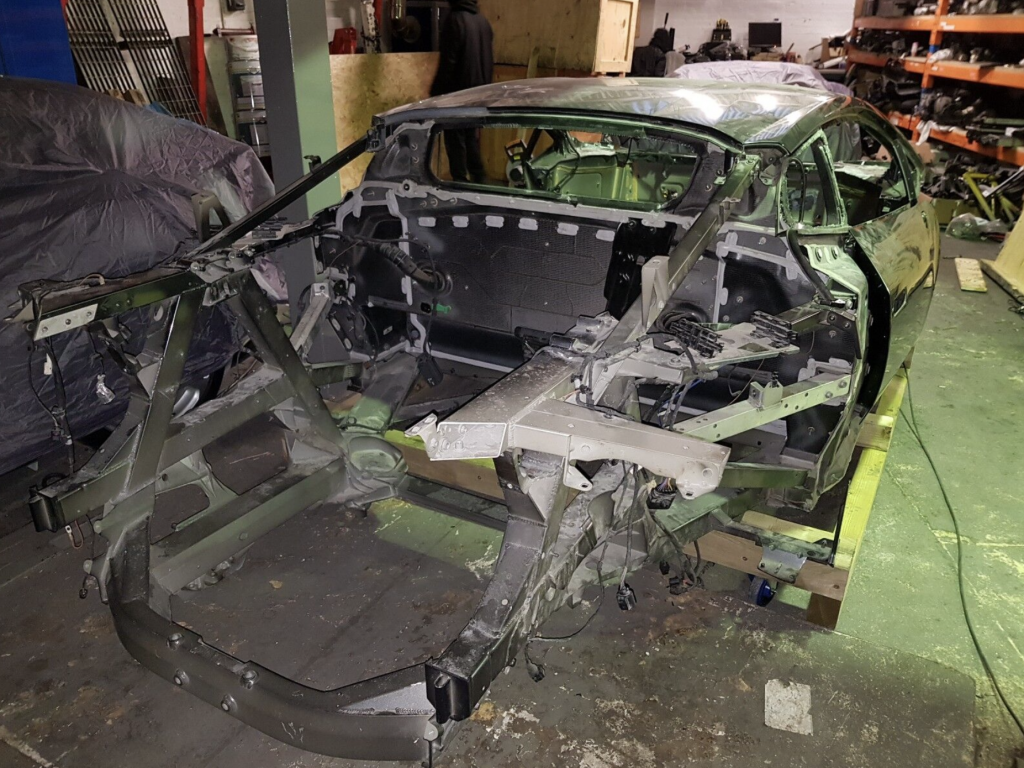 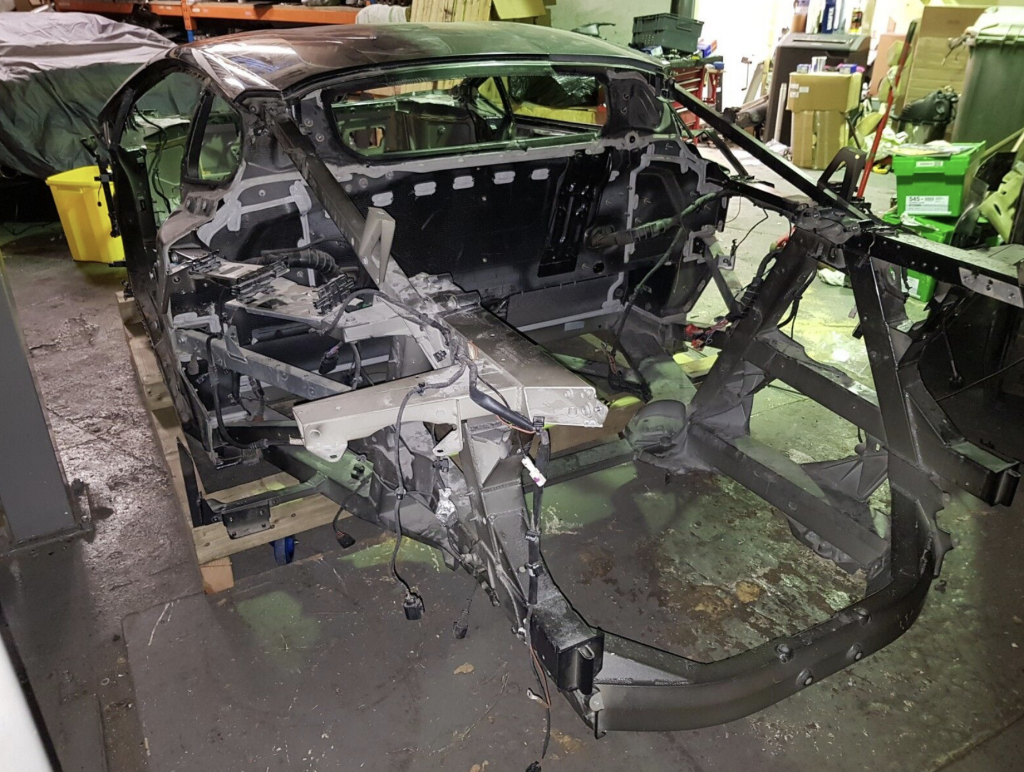 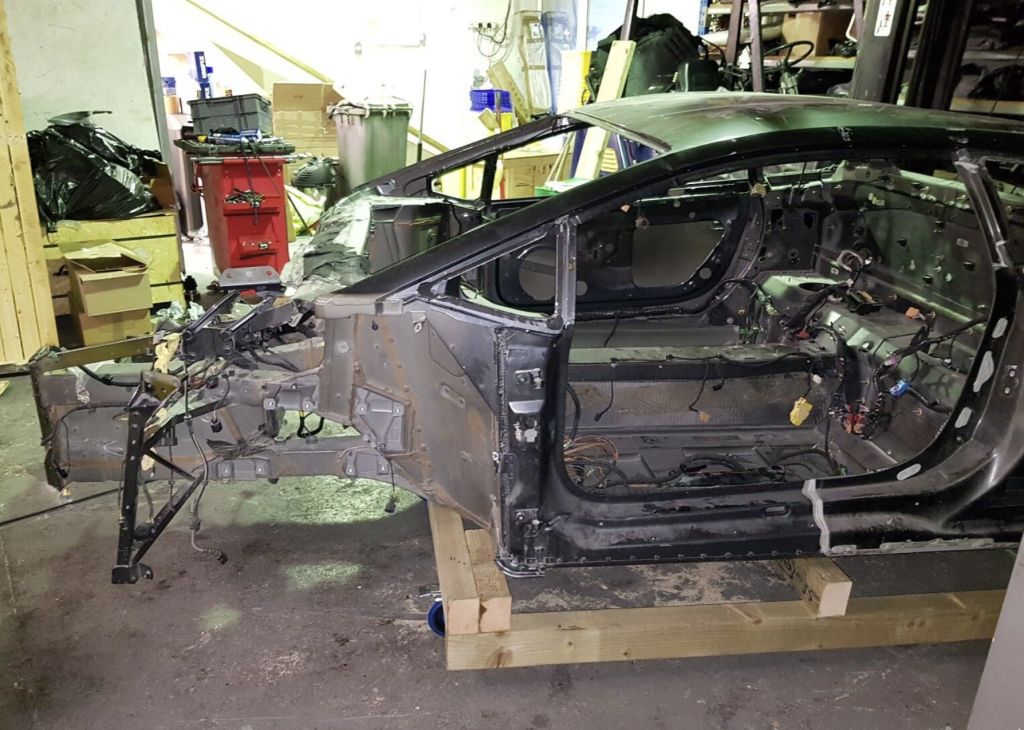 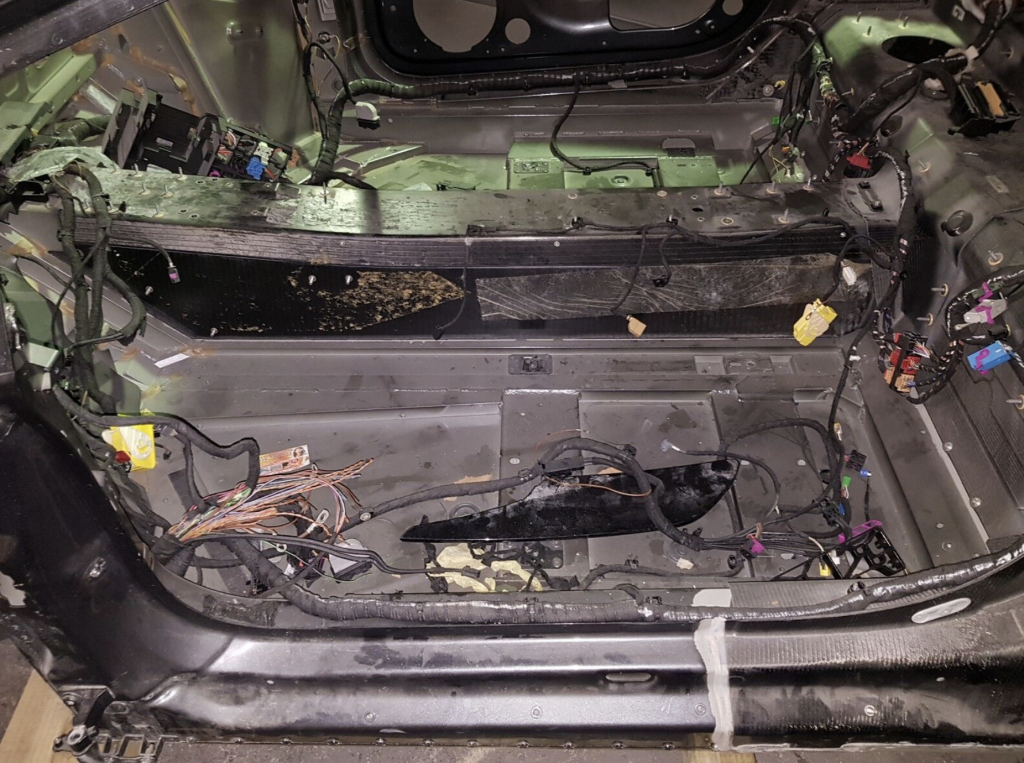 Anyway, I feel a strong desire to dive a little deeper into this thing’s crashworthiness. I know people who can tell me lots of insightful stuff about why the Huracan in the photo above ended up like it did, how Lamborghini designs the structure to strategically break away to keep occupants safe, and on and on. But again, I struggle writing short posts, so at the risk of my colleague Jason getting mad at me for going too deep, we’ll leave it here.

Rust-loving Jeep man, cofounder and EIC of The Autopian, Jason's friend. Email: david@autopian.com
Read All My Posts »
PrevPreviousI Toured The Inside Of An Airstream Rangeline. Here’s How The $131,882 Camper Van Compares To Its Competition
NextSpooky Sells: Cold StartNext