Last month, Autopian publisher and lover of all things Renault Twingo, Matt Hardigree, wrote about how Airstream’s new Rangeline Class B camper van is nearly perfect and almost affordable. Thanks to the massive RV Open House, I got to tour it and its competition and found myself impressed. It’s not the cheapest camper van out there, but you actually seem to get a neat bit of kit for what you pay. Let’s look into it.

At the Open House I spoke with Airstream representatives and asked a few questions about the new Rangeline. This is a camper van that’s based on a Ram ProMaster and starts at $131,882. Airstream is a company that normally sells luxury camper vans based on Mercedes-Benz Sprinters for $200,681 and well above. So, my first question is why is Airstream moving downmarket? 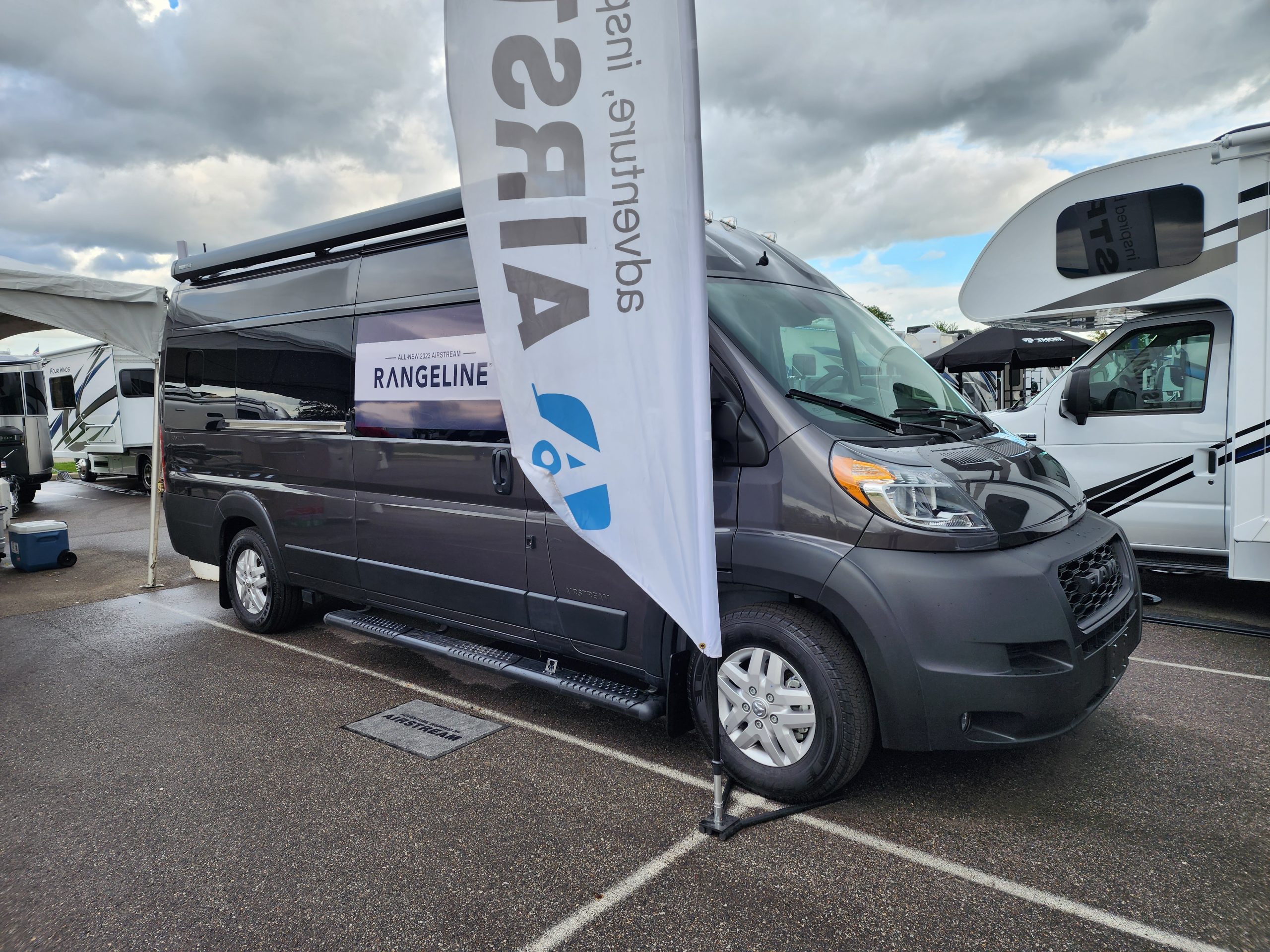 Airstream’s representative said the Rangeline is meant to be the more family-friendly option. Sure, families can travel in Airstream’s more expensive coaches, but you’ll try to be careful in one of those because everything looks so pretty. You might think twice about letting the family dog loose in an Interstate, for example. 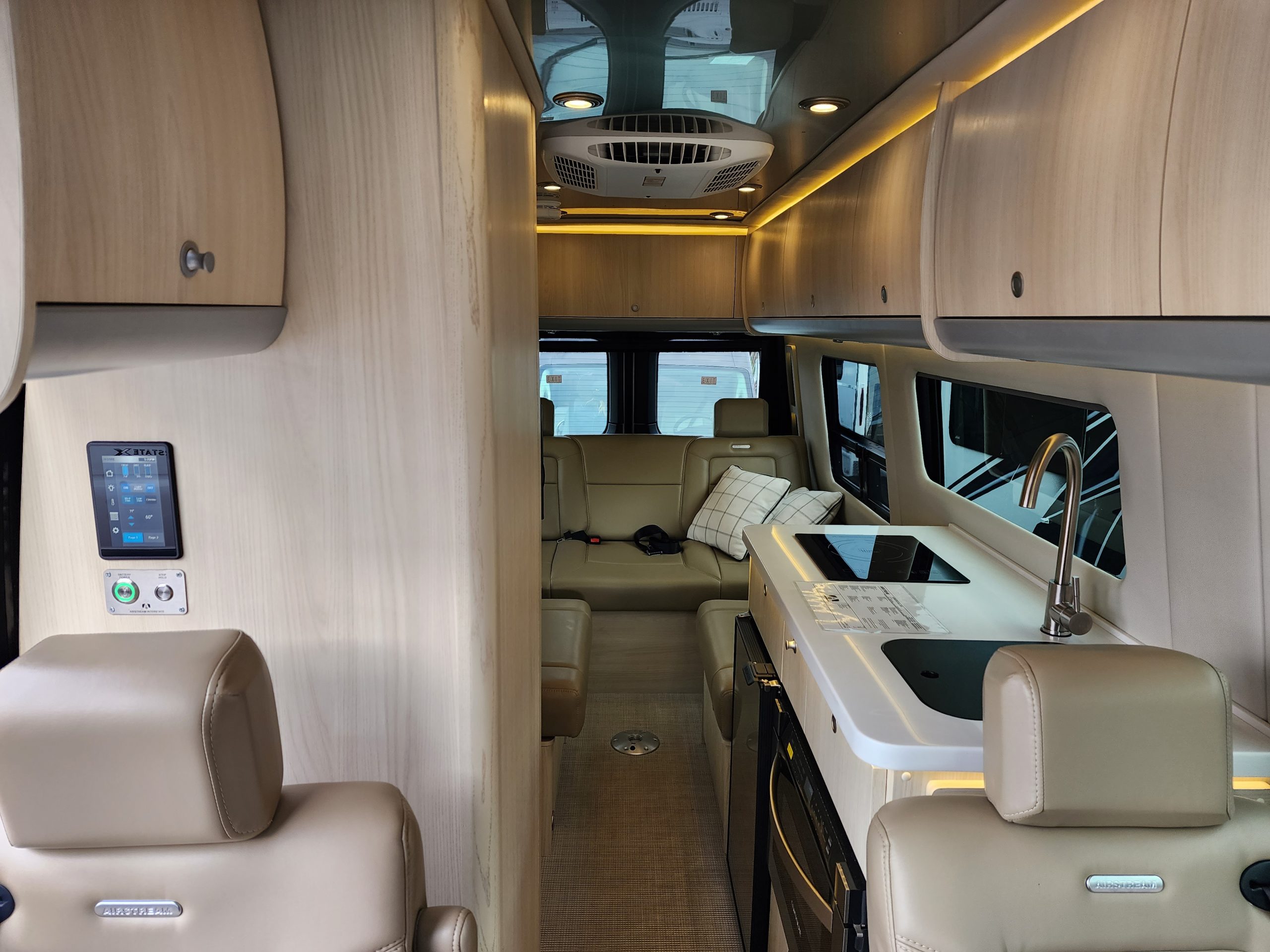 So that’s what the Rangeline is for. The representative told me the Rangeline is for an active family with pets and kids. It’s something that you wouldn’t be afraid to let the dog walk around in or have the kids eat candy in. To demonstrate this, the representative pointed to a piece of metal on the running boards with a paw print cut out of it. They say this is for you to leash the dog up to while you’re camping; the spiffy Interstate models don’t have that! 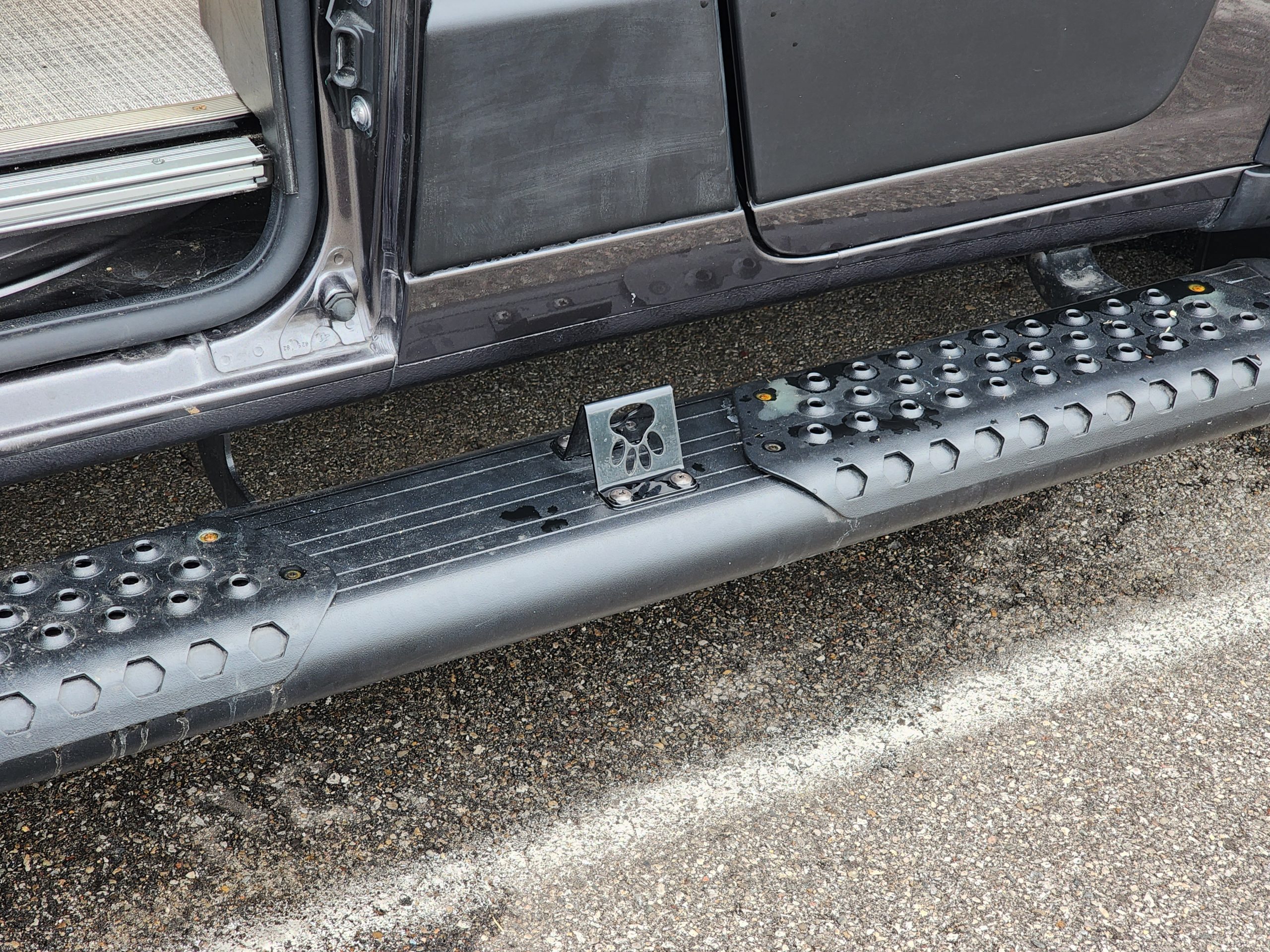 You also might be wondering: What’s up with the name? The representative says Airstream coaches are named after roads. Interstate is obvious, but Rangeline? Apparently, Rangeline is inspired by two things. One is a road near where these vans are built. The other inspiration comes from the imaginary boundary lines running north and south, marking the relative east and west locations of ranges in a public-land survey.

One thing potential buyers will definitely be wondering is if this is worth $131,882. This van is going up to bat against the likes other 21-foot camper vans like the Thor Sequence, Winnebago Solis, Coachmen Nova, and Roadtrek Play. These are all priced close to each other, so what do you get here that you don’t get elsewhere?

I was not able to step into a Roadtrek Play or a Coachmen at the show, however, I was able to step inside of a Thor, Winnebago, and the Airstream. (And I should note that Thor owns Airstream).

Let’s start with the competition. A Thor Sequence has a higher starting price than the Airstream at $139,020. 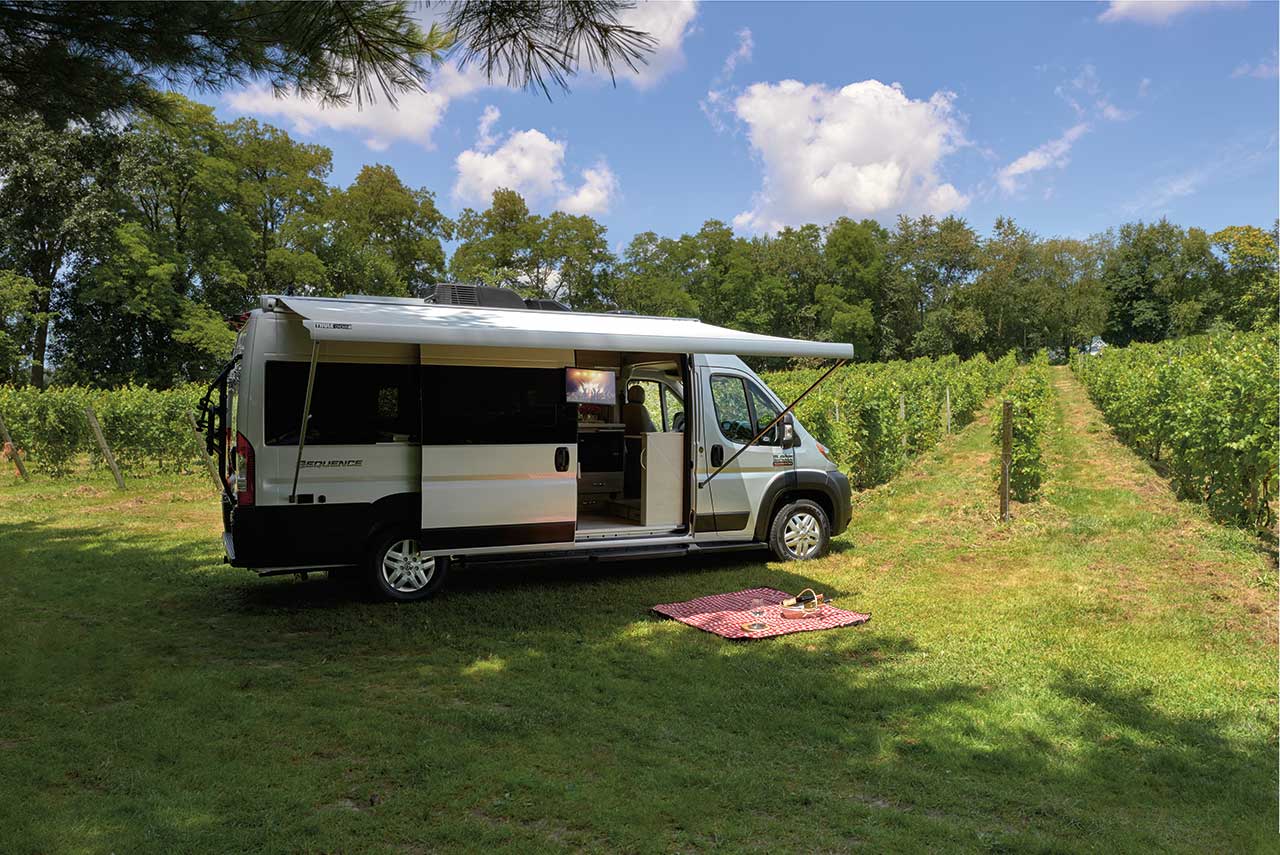 Inside, you get a very similar floorplan where there’s a bathroom and kitchen in the middle, a dinette behind the front seats, and a larger bed in back. This van is similarly based on the Ram ProMaster 3500, and thus comes in at the same 21-foot length as a Rangeline.

The interior goes for the typical RV look. There’s nothing that stands out in there, and that’s fine. It does the job of a van to sleep in that looks pleasing to the eye.

Next, let’s look at the Winnebago Solis 59PX. This one is also 21-feet-long and also a Ram ProMaster 3500 underneath. Currently, the Winnebago site says that the MSRP is $148,900, which is more expensive than the Airstream, but this comes standard with a pop-top roof, a $11,694 option on the Airstream.

The interior here actually looks and feels like it was made from inexpensive materials, which sort of betrays the six-figure price. I wasn’t able to get any pictures of the Solis 59PX thanks to a constant flow of dealership people getting in the way, but I was able to feel up this interior.

I’m told that the kitchen has a laminate countertop, and it feels like it belongs in a vehicle with half of the price. That said, the van isn’t missing any features (more on these later) and it feels pretty roomy.

Forest River did not give us credentials to visit its brands during the Open House, so I did not come close to the Coachmen units. And bizarrely, Coachmen is the only RV manufacturer on this list that doesn’t publicly list pricing. But from dealership listings, the Coachmen Nova 20RB is also around the same price as the others.

Likewise, it’s also based on the Ram ProMaster 3500, measuring in at 21-feet-long.

This one has a different layout than the others. The kitchen unit is where the dinette would be in the other vans, and this doesn’t have a dinette at all. Instead, you get removable tables next to the seating areas. You get twin beds in the middle and a bathroom in the back.

At least based on looks, this one has my favorite interior yet. This one is also a different kind of layout which does away with the dinette seat. Instead, you get a removable table to use with the swivel front seat. The space where a dinette would be is a wet bath, and the rear of the van features two beds. I really dig the wood here. 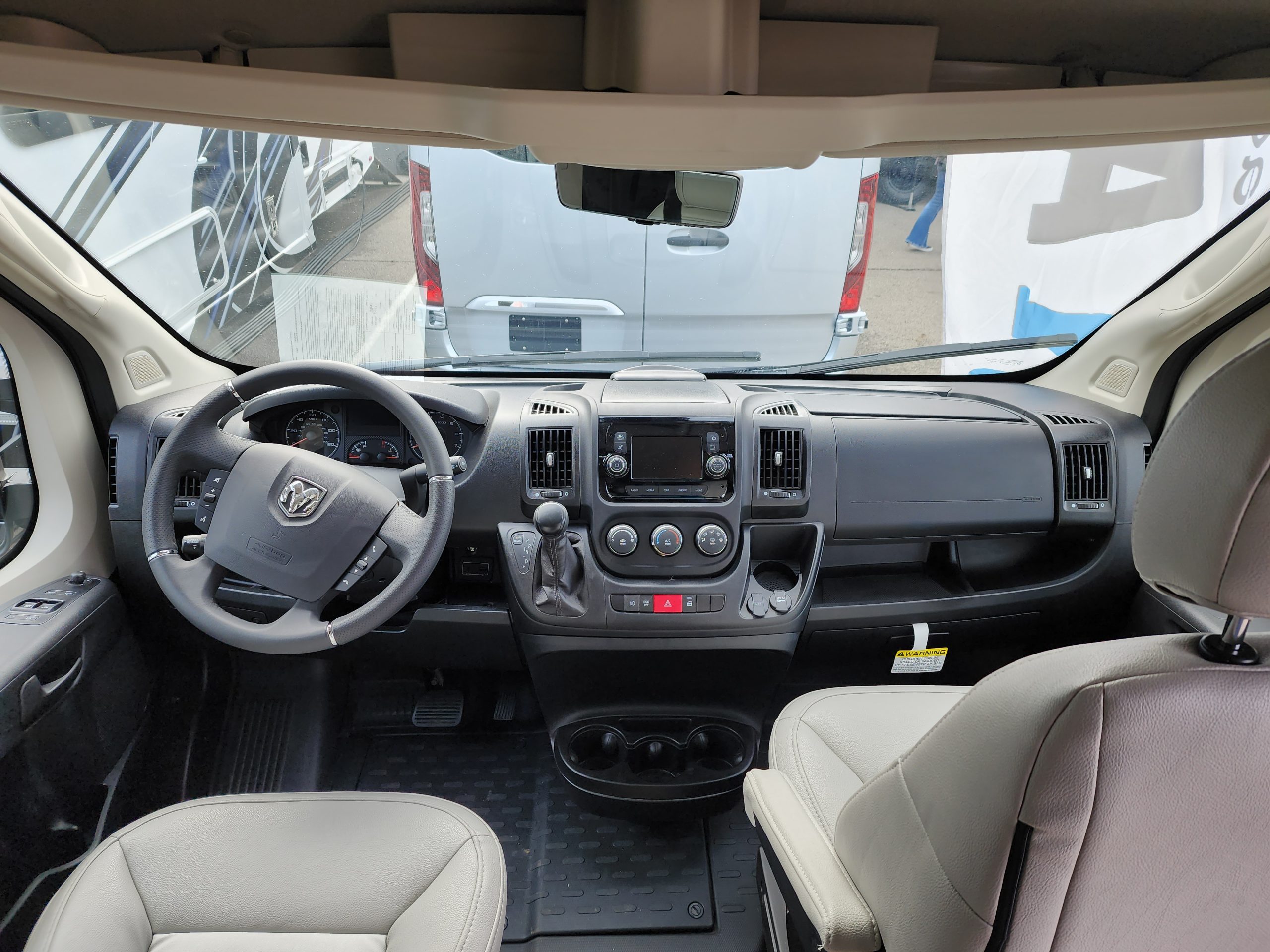 Heck, they all even get around 20 mpg on the highway. That’s to say that at their core, these camper vans are basically the same.

Opting for the Airstream Rangeline does net you some neat tricks. Step inside of the Rangeline and you’ll notice that Airstream gave the Rangeline some nods to the company’s aluminum campers. 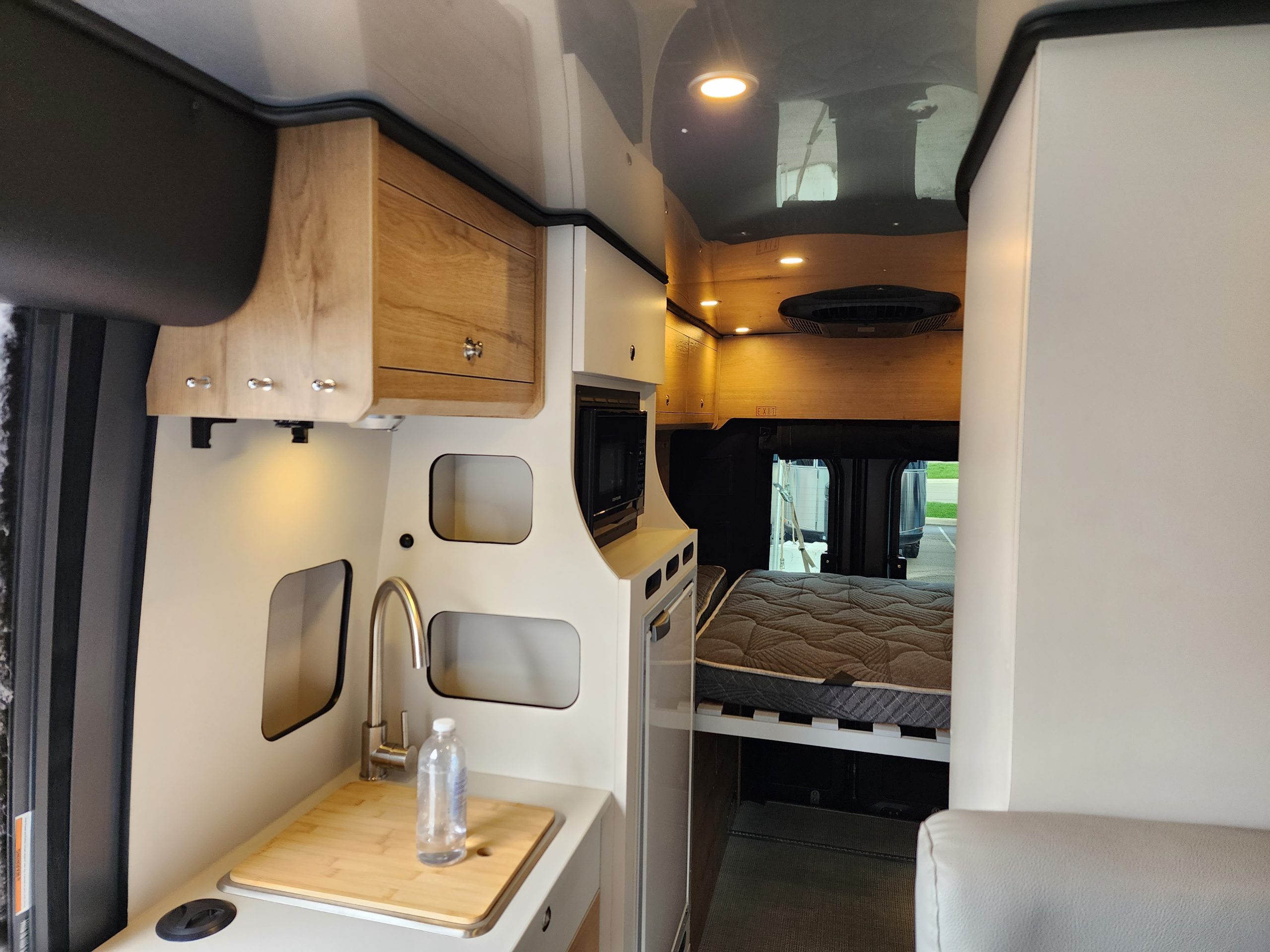 The ceiling consists of aluminum panels, and the shower unit is identifiably Airstream as well. I loved these little touches as they made this van a little different than the other camper vans. 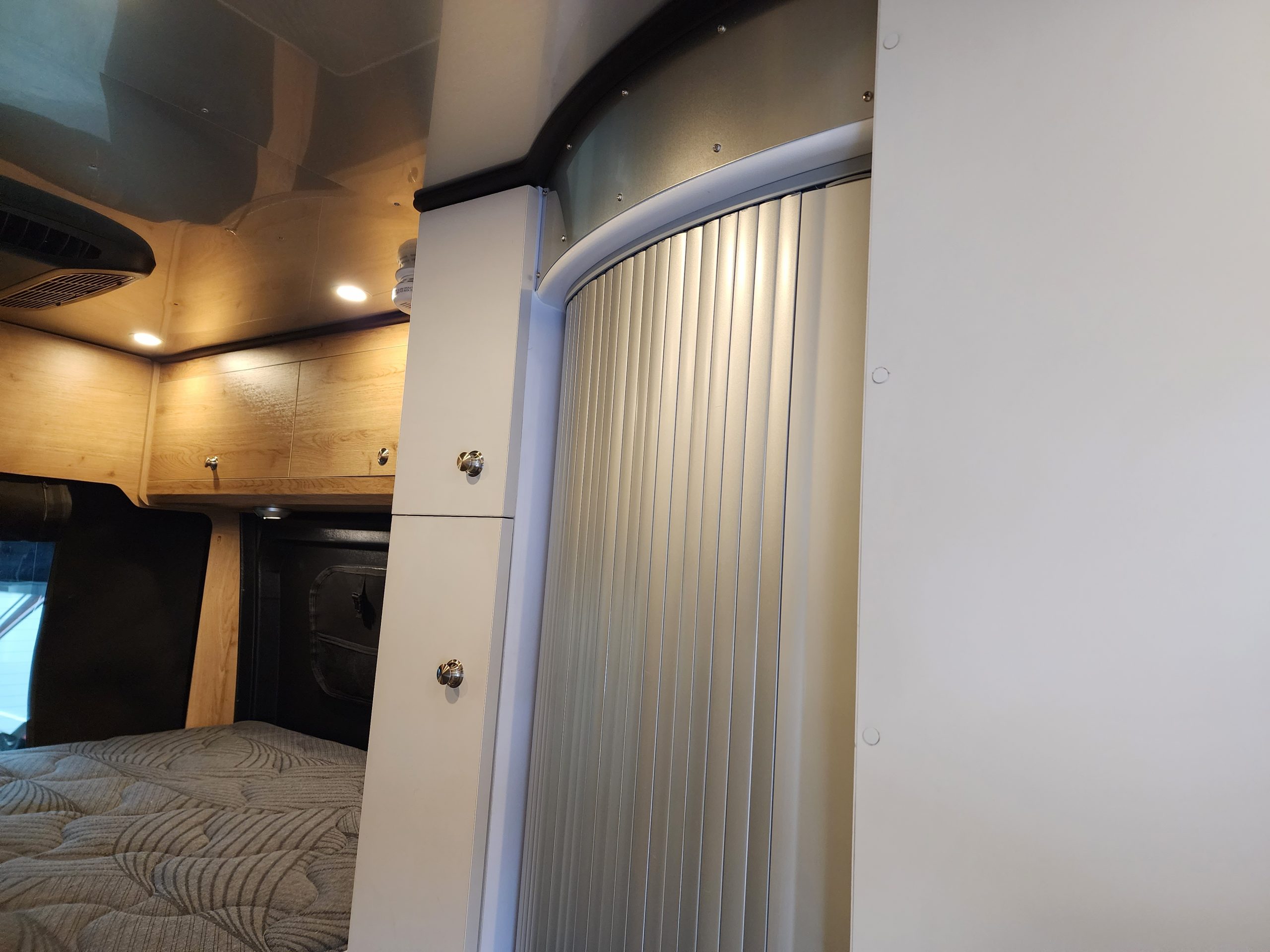 Unfortunately, you do notice some evidence of cost-cutting, and it’s largely in the kitchen. The surfaces feel better than most of the campers I walked into during the show, but they weren’t on the level of the Airstream Interstate vans. 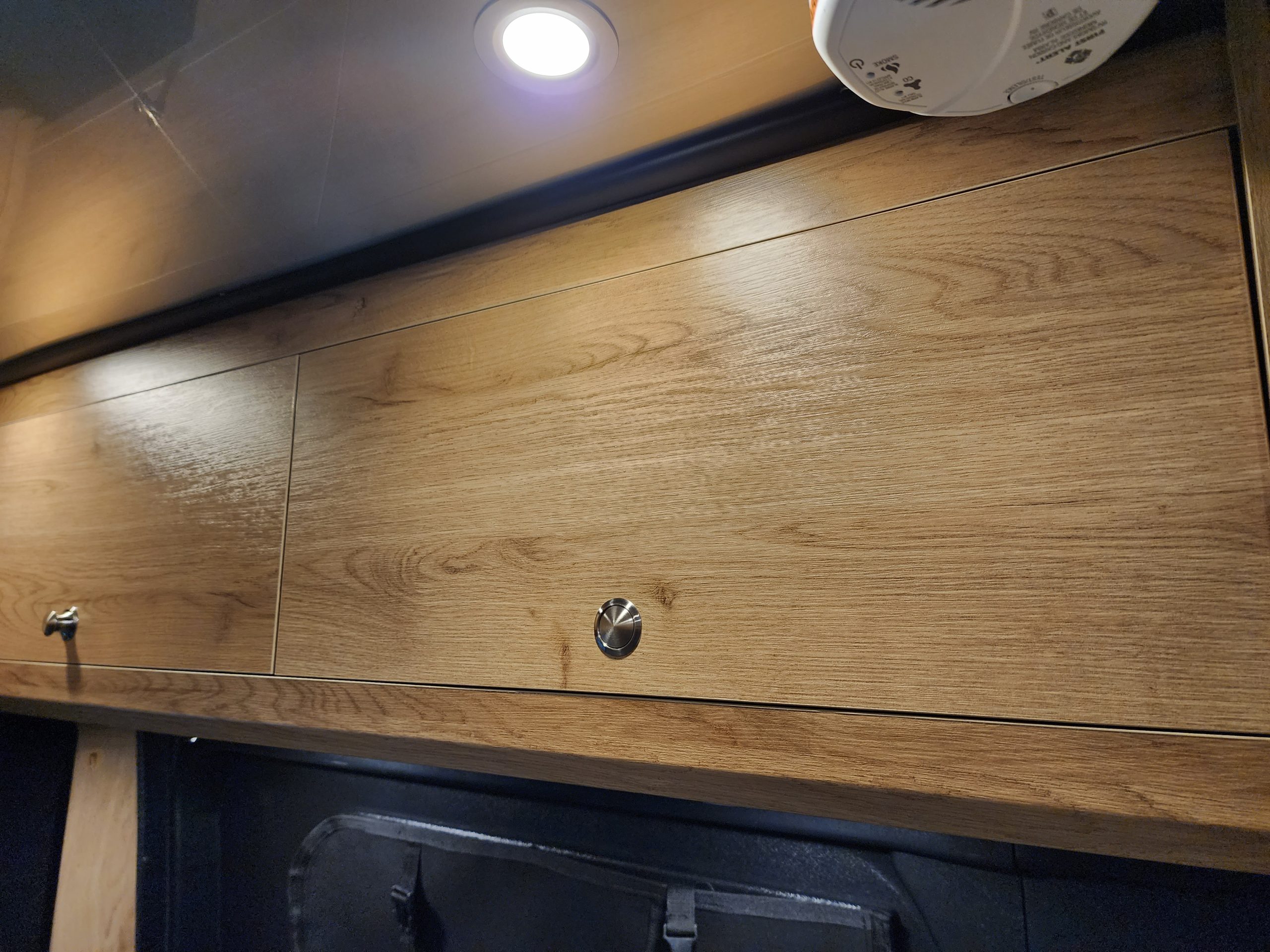 That’s not surprising, as this does shed over $50,000 from the price of the smaller 19-foot Interstate van. I think these countertops should last a long time, just temper your expectations for what you’re getting.

That said, everything felt pretty good to the touch and the seating surfaces felt comfortable. 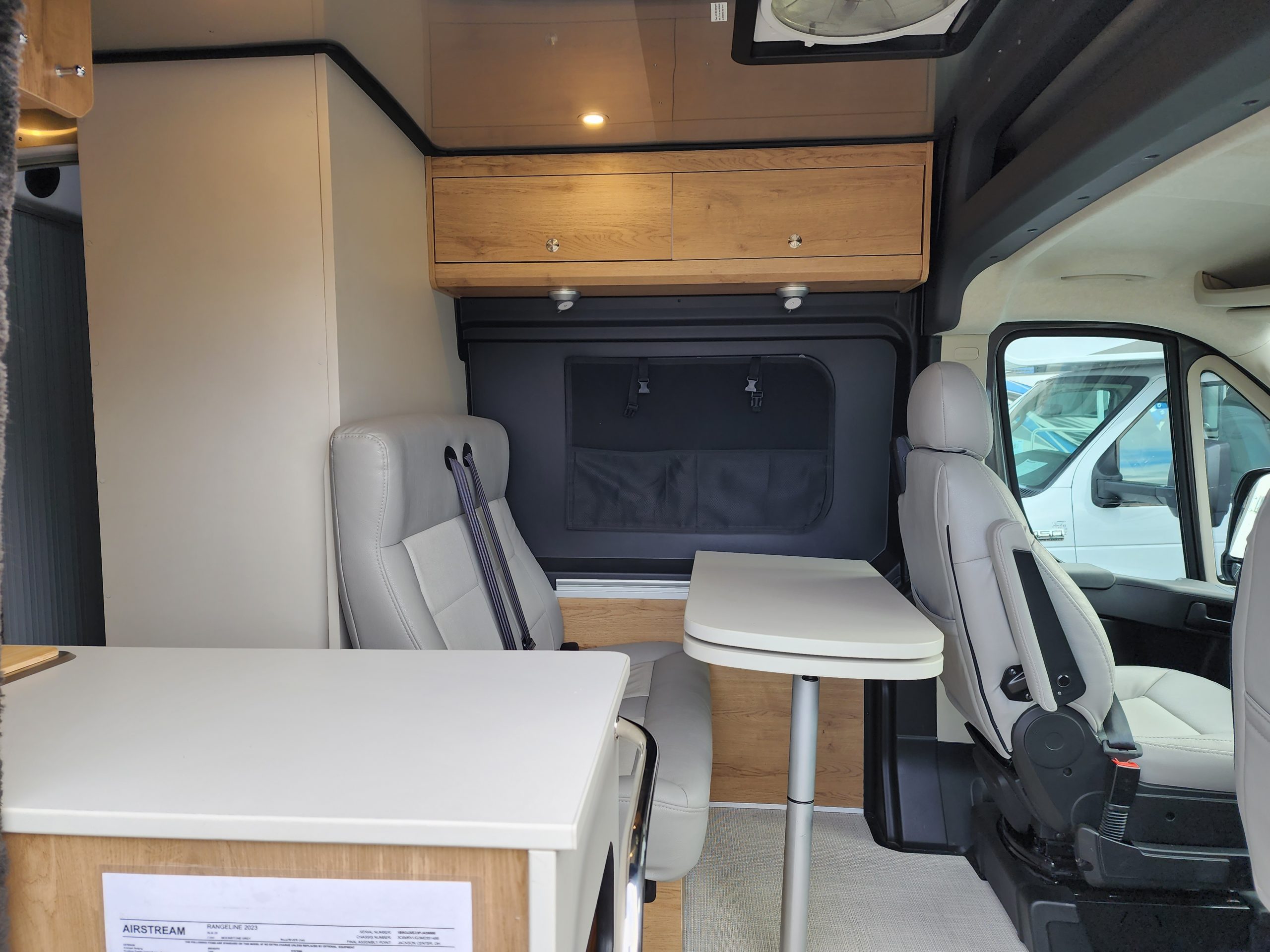 The Airstream has a solid spec sheet, too. Looking deeper at the specs, the Airstream has a 28-gallon fresh tank, a 19-gallon grey tank (sink and shower drains), and a 12-gallon black tank (human waste drains). That’s the second-biggest fresh tank (the Roadtrek has a 37-gallon tank) and the biggest black tank. The Winnebago doesn’t have a black tank, forcing you to empty the toilet’s tank by dumping it manually. And the Thor has a black tank, but it’s smaller than the tank in the Winnebago’s cassette toilet. A smaller black tank means having to dump your crap more often. 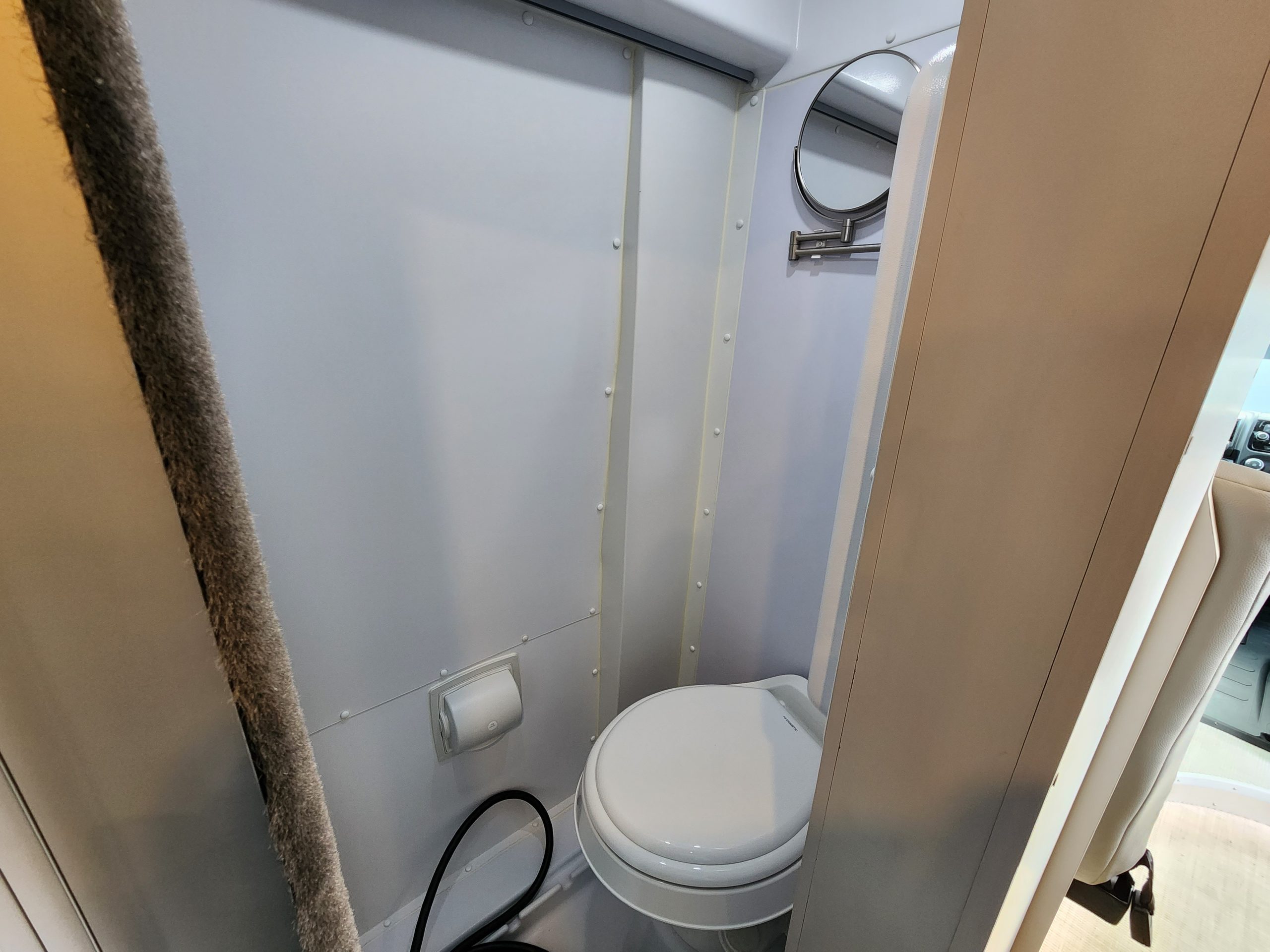 And one thing that the Airstream does that none of the others do is power everything from two sources. In a typical Class B, you’ll find gasoline to power the engine, propane for heat and cooking, and batteries for electrical when parked. For the Rangeline, Airstream eliminated propane. The camper’s furnace is fueled by the van’s tank of gasoline, as is the generator. And everything else, including the cooktop, is powered by electricity. Airstream’s rep tells me that this is good for first-time RV owners as they don’t have to worry about keeping multiple fuels topped up. So long as you have a tank of gas you’re good to go. 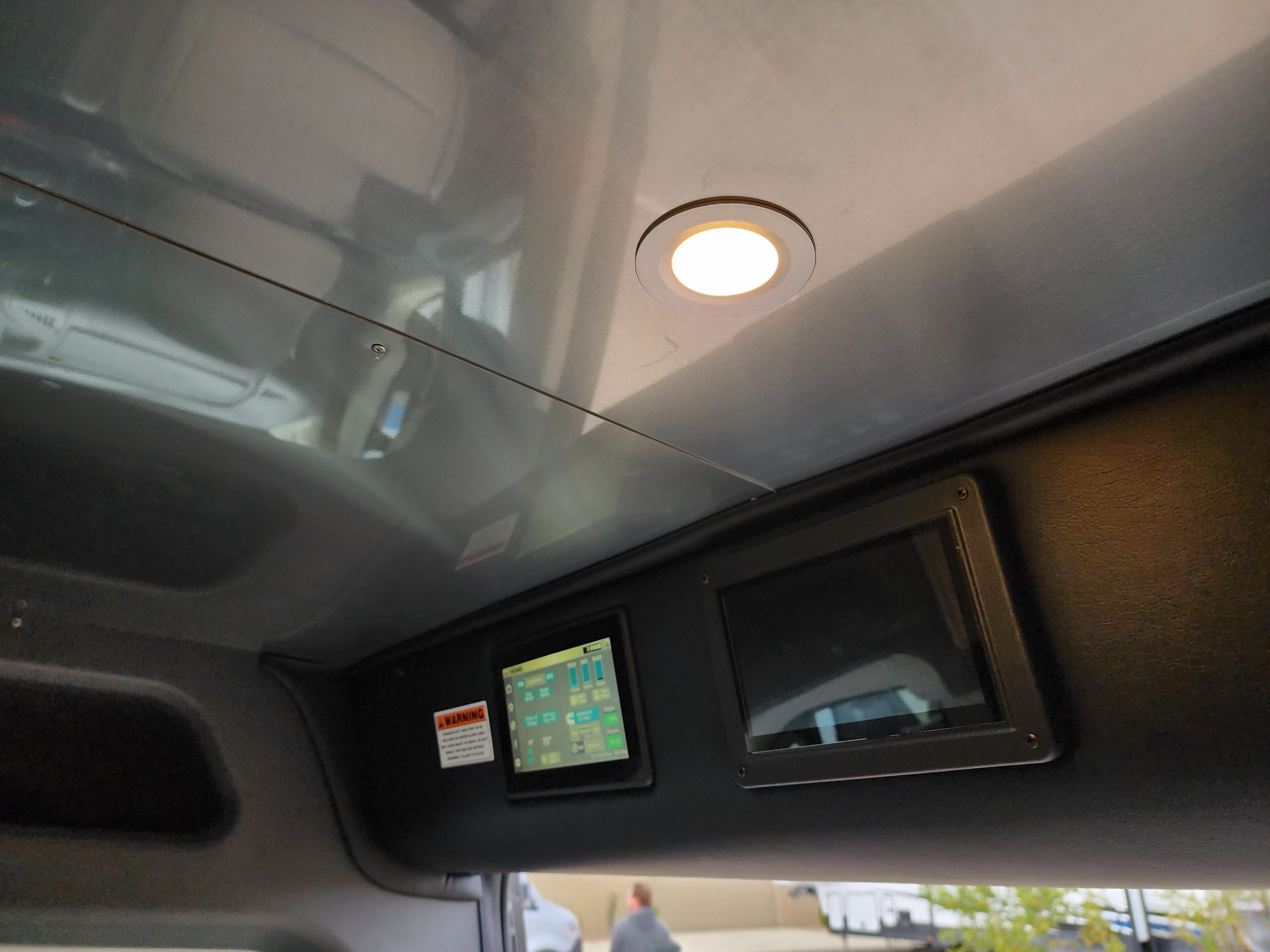 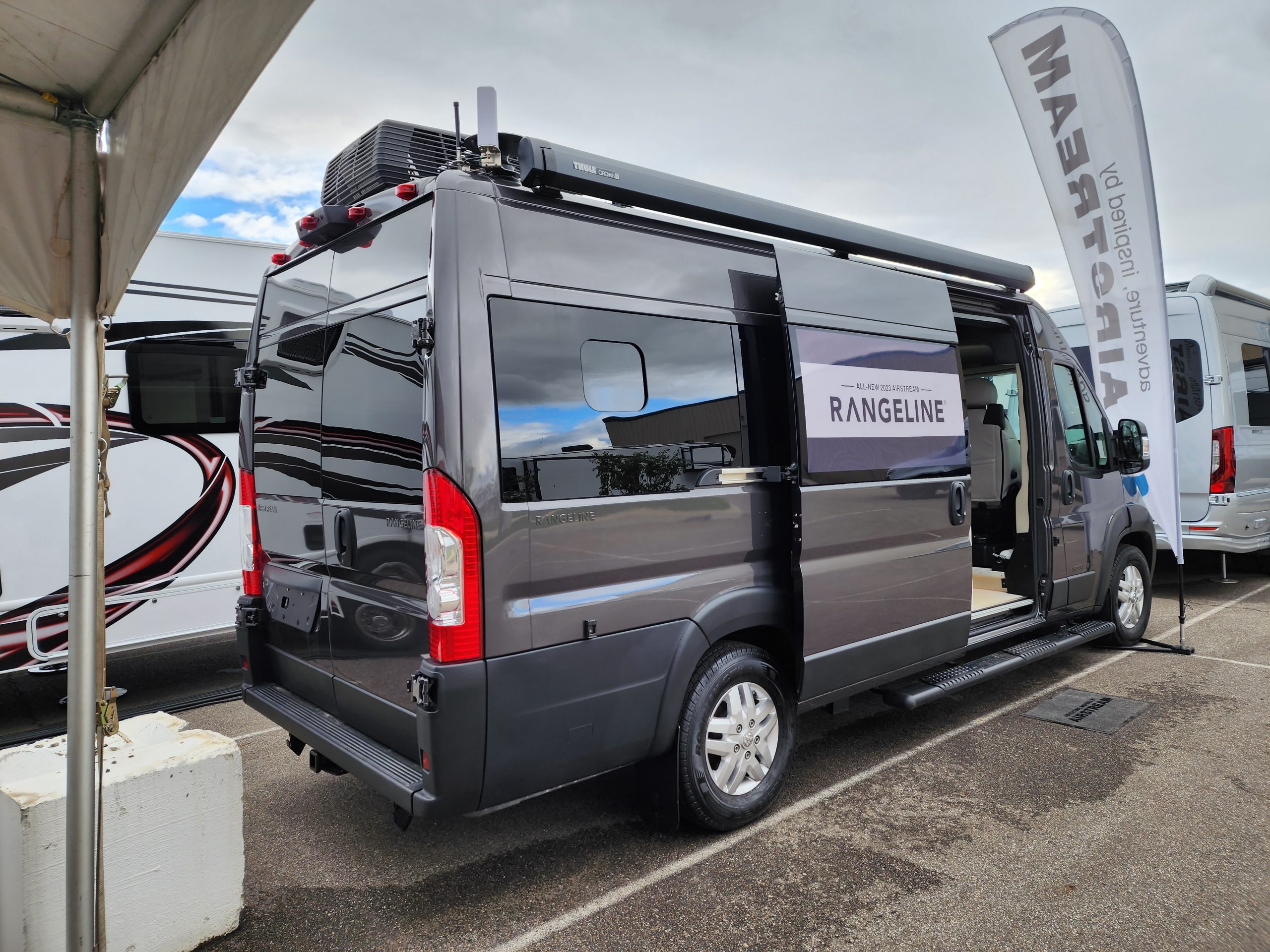 Still, considering what features it does come with, I think that the Rangeline is a decent deal. It’s about the same price as the competition while having features that some of the competition doesn’t have. And while I’m perfectly fine with refilling propane tanks, I like Airstream’s idea of streamlining the fueling process. This feels like a van that I could drive across the country with a smile. Heck, I would love to take this down Route 66, exploring America from one of these vans.

Mercedes is a lifelong fan of all things powered by an engine. When she isn't driving one of her five Smart Fortwos or her 14 other vehicles she could be found in the cockpit of a Cessna 172 or perhaps swimming in any body of water that she could find. She also has a deep love for buses of all kinds. Please send her buses. mercedes@theautopian.com Instagram: @mistymotors Twitter: @Miss_Mercedes30 Facebook.com/neonspinnazz
Read All My Posts »
PrevPreviousToday’s Taillights: Those Wonderful Ribbed Mercedes-Benz Taillights
NextLook At The Sad State Of This Lamborghini Huracan After A Nasty Crash With Another LamboNext