While the MC20 supercar and GranTurismo coupe are grabbing headlines, they aren’t exactly Maserati’s bread and butter. Maserati stills sells the Levante SUV and Ghibli sedan, and they just received a limited edition package called FTributo. Models with the FTributo treatment can either be ordered in a particularly retina-searing shade of Arancio Devil orange paint or a much more demure Grigio Opaco gray. This visual treatment can be applied to both V6 and V8 models, although you’ll want to pop for the V8. Most intriguingly, Maserati created this pair of special edition models as a way of paying tribute to racing pioneer Maria Teresa de Filippis. 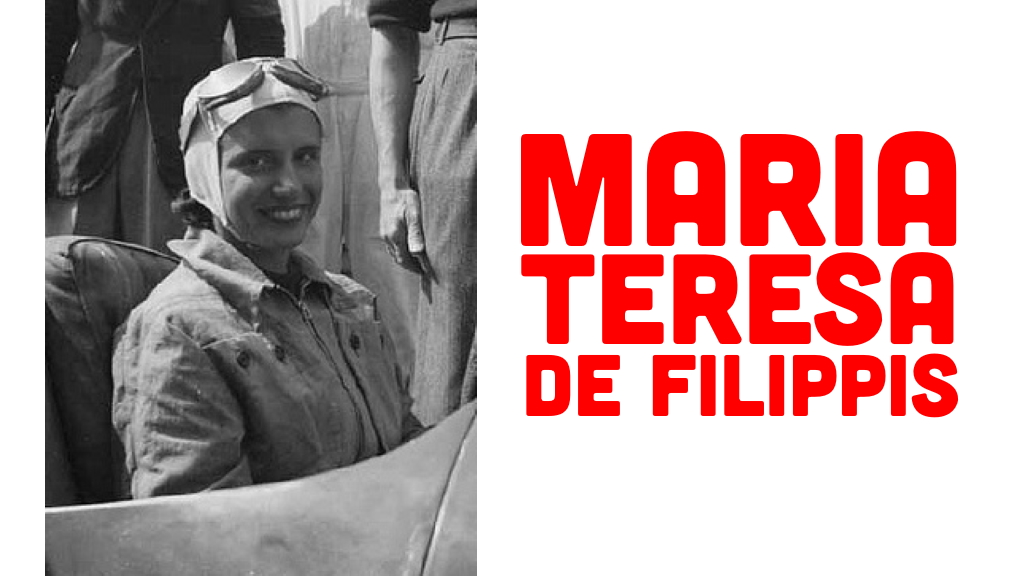 Maria Teresa de Filippis was born in 1926 to an Italian count and a Spanish noblewoman. As the youngest of five children, she quickly picked up an interest in sport. According to The Guardian, tennis, skiing, and equestrian sports were some of her favorites. However, as the 1940s progressed, de Filippis developed a common desire – one to prove her siblings wrong. See, two of her brothers believed she couldn’t drive fast. As such, she delved into motor racing, first campaigning a Fiat 500 Topolino and winning her very first event. Maria Teresa de Filippis wasn’t just fast by amateur standards, she was fast full-stop. Juan Manuel Fangio once said to her, “You go too fast, you take too many risks.” If Fangio thought she drove too quickly, she must’ve been racing like a bat out of hell.

After cutting her teeth racing Fiat 500s, de Filippis late progressed to sports car racing, attracting the eye of Maserati’s Works team after taking second in the 1954 Italian sports car championship. A sports car race supporting the 1956 Naples grand prix proved to be an important one for de Filippis. After missing practice, she had to start at the back of the grid for a 30-lap race. Incredibly, by the time the race was over, de Filippis worked her way through the pack, all the way up to second position some eighteen seconds behind the winning driver. Making this feat even more impressive, Motorsport Magazine reports that third place was a full lap back from the lead.

While de Filippis never finished another championship race due to two instances of mechanical failure, one instance of not qualifying, and one sexist race director, de Filippis managed to finish fifth in the 1958 Syracuse Grand Prix. That’s Syracuse, Italy, not Syracuse, New York. After the death of driver and colleague Jean Behra at AVUS in 1959, de Filippis hung up her helmet, never to race again.

In fact, de Filippis abstained from associating with racing at all until 1979, when she joined the International Club of Former F1 Grand Prix drivers. She later became vice president of the club in 1997 and a founding member of the Maserati Club in 2004. Although de Filippis passed away in 2016 at the age of 89, her legacy still shines bright. To date, only one other woman has finished a Formula 1 Grand Prix, Lella Lombardi. Speaking with The Observer in 2006, de Filippis expressed concern over sexism in the sport. “Many backers don’t believe that a woman can compete on equal terms. It’s a shame because I think there would be a huge interest if a woman was given a chance in Formula One,” said de Filippis.

While Maserati no longer races in Formula 1, it’s nice to see the brand honor de Filippis’ milestones in the sport. Racing still has a strong male gender bias, so it’s important to keep opportunities in mind as the future of the sport is shaped. Recent events like the W Series being cut short due to funding falling through are reminders that we still have a long way to go to make racing fun for everyone.

Thomas is a Nu Rave-blaring, heel-toe downshifting, maple syrup-swilling, chassis-geeking, junkyard parts-hauling, floppy-haired scenester who's been writing about cars since college. His current ride is a 2006 BMW 325i with the six-speed manual gearbox. Instagram: @thomas.hundal Twitter: @thomashundal
Read All My Posts »
PrevPreviousDetroit-Area Autopians: Let’s Meet Up Tomorrow At The Walmart Parking Lot
NextThis Dealership Proudly Selling A 344,591-Mile Honda Accord Junker For $2,200 Shows The Sad State Of Used CarsNext