Welcome back to another fun-filled week of crappy old cars! Today, we’re playing another silly name game and looking at a Mini and a Maxima. Why? Well, why not? Before we get there though, let’s see how last week wrapped up:

That’s what I expected, but I didn’t expect the little LeCar to be quite so polarizing. You all seem to really love them, or really hate them. Me, I could have fun with either of those choices, but the Monterey is more to my current tastes, I think.

Today we have some disparity in size as well, as you can see by the two cars’ names. One of them isn’t nearly as small as it used to be, however, and the other never was as big as its name might suggest. You’ll be happy to know that both of today’s entries run and drive, but of course as usual there are some caveats. Let’s take a look. 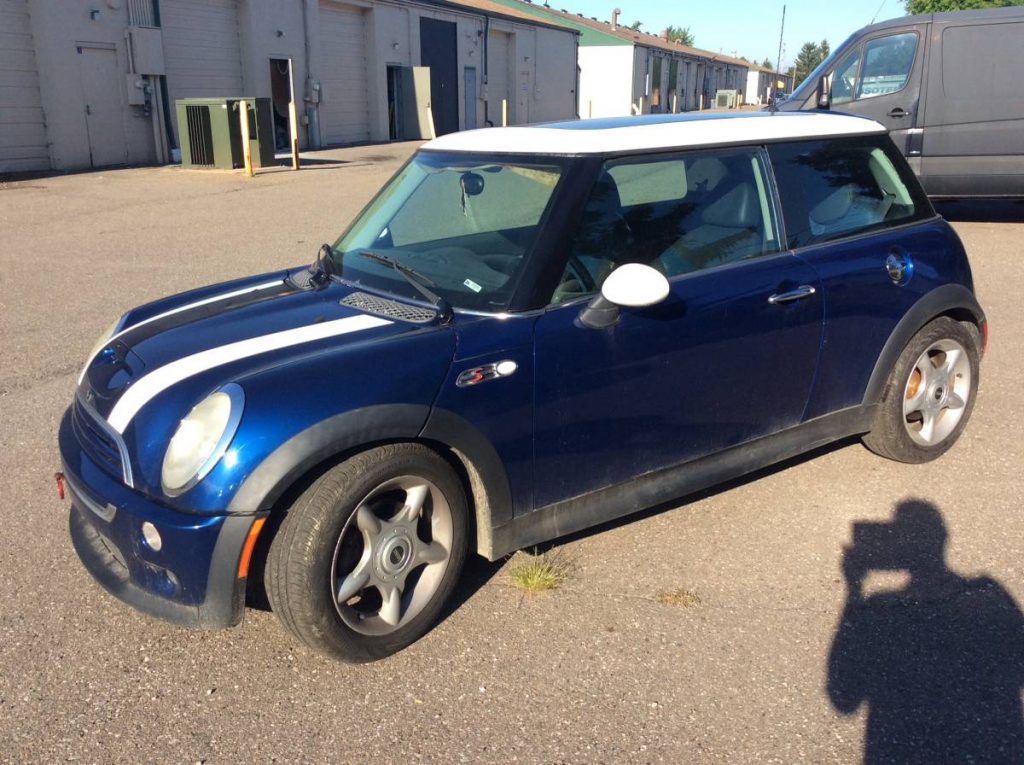 I’ve been a fan of the “new” Mini Cooper ever since it appeared in the US in 2002. I test drove one back then and loved it, but couldn’t quite swing the price. Since then I’ve been watching the used market for them, watching the values drop, and now that they’re in cash-purchase range, I’m interested again. But if this is what $2,500 will get you, maybe I should reconsider. Or wait a little longer. 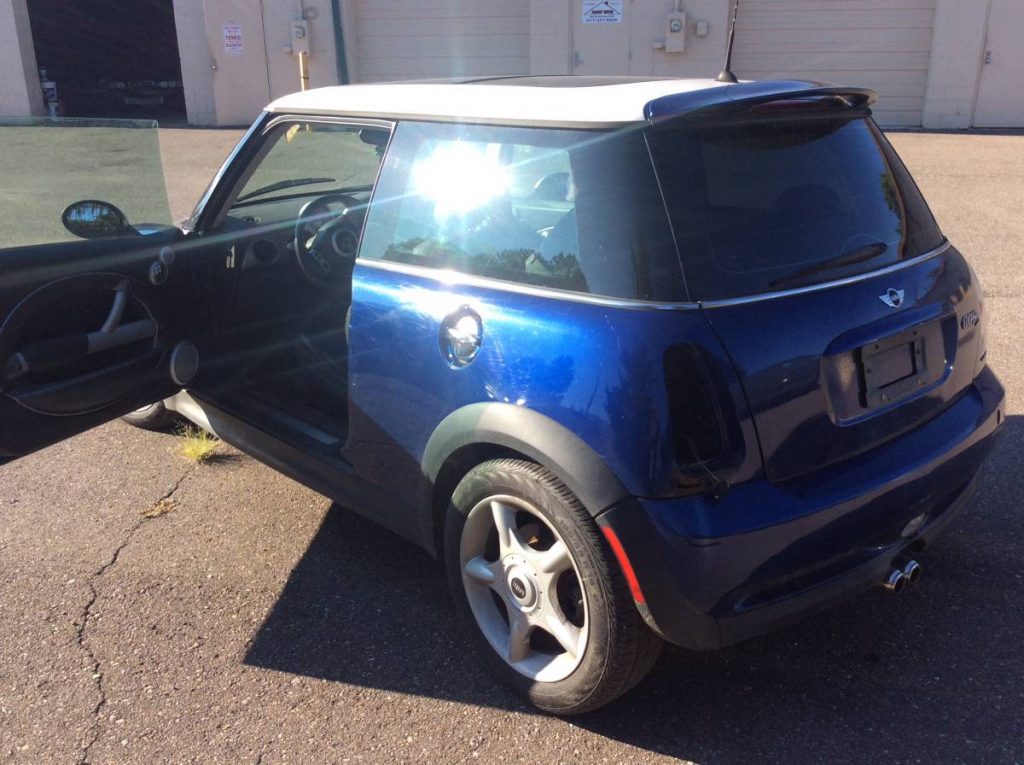 This is the Cooper S model, which by all accounts is the one to get if you’re going to get one. It has a supercharged engine and a Getrag six-speed manual, which is much stronger than the Rover-sourced five-speed of the standard Mini Cooper. There was an automatic available too, but the less said about a Mini with an automatic the better. 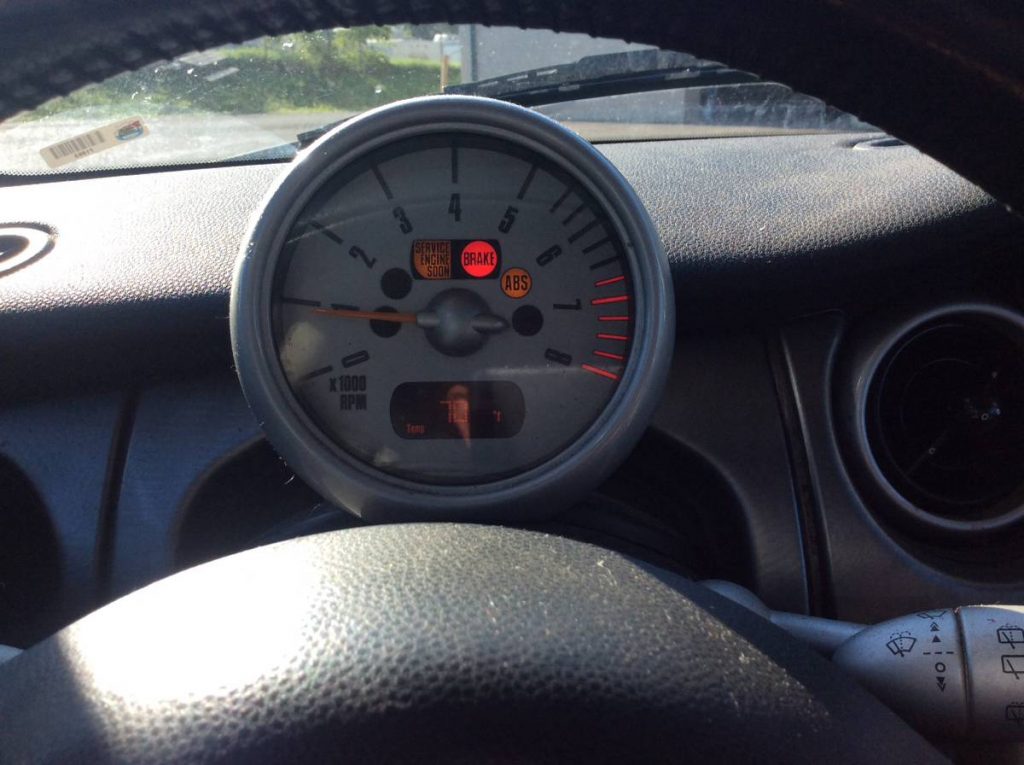 So on paper at least, this should be a good deal. It has low miles, and the seller says it runs well. And yet, it looks like every warning light on the dash is lit, it’s somehow missing a taillight, and the whole car has a “ridden hard and put away wet” vibe to it. Not to mention, it’s a Midwest car, so there’s the question of rust; as much as it pains me to realize it, this is now a nearly twenty-year-old car. That’s a lot of winters. 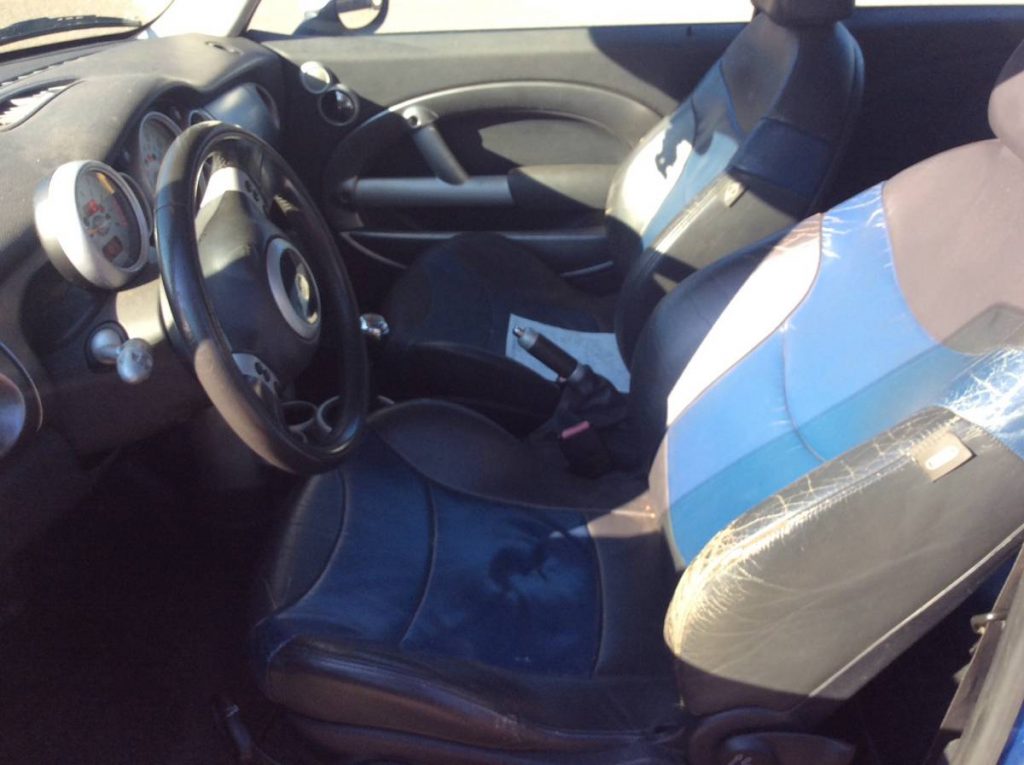 I have also heard that from a maintenance standpoint these cars are not for the faint of heart. But they are an absolute hoot to drive, and that much should still be true even of an old threadbare one like this. Is the fun to be had worth the potential heartbreak? That’s the eternal question with cars like this, isn’t it? 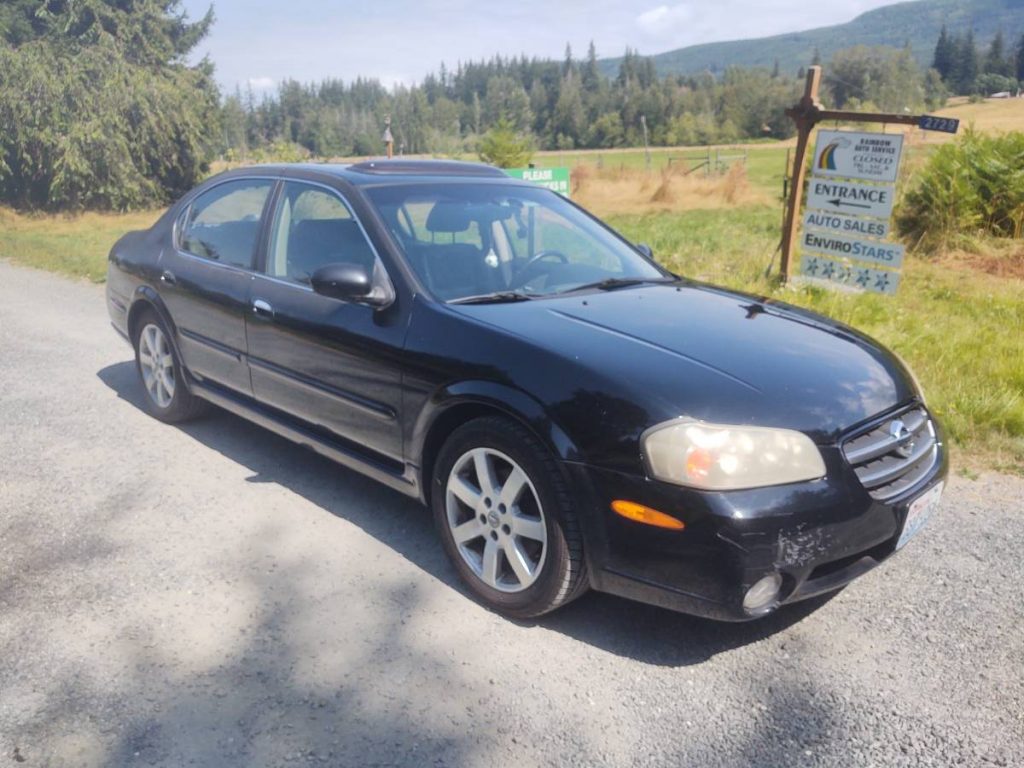 Nissan’s flagship Maxima is going away next year, another casualty in the automobile market’s War on Sedans. It’s a shame, because there was a time when the Maxima was a well-respected sports sedan, the darling of automotive magazines and drivers alike. Nissan’s sedans in general don’t have the most respectable reuptation these days, but old Maximas like this are really nice cars. 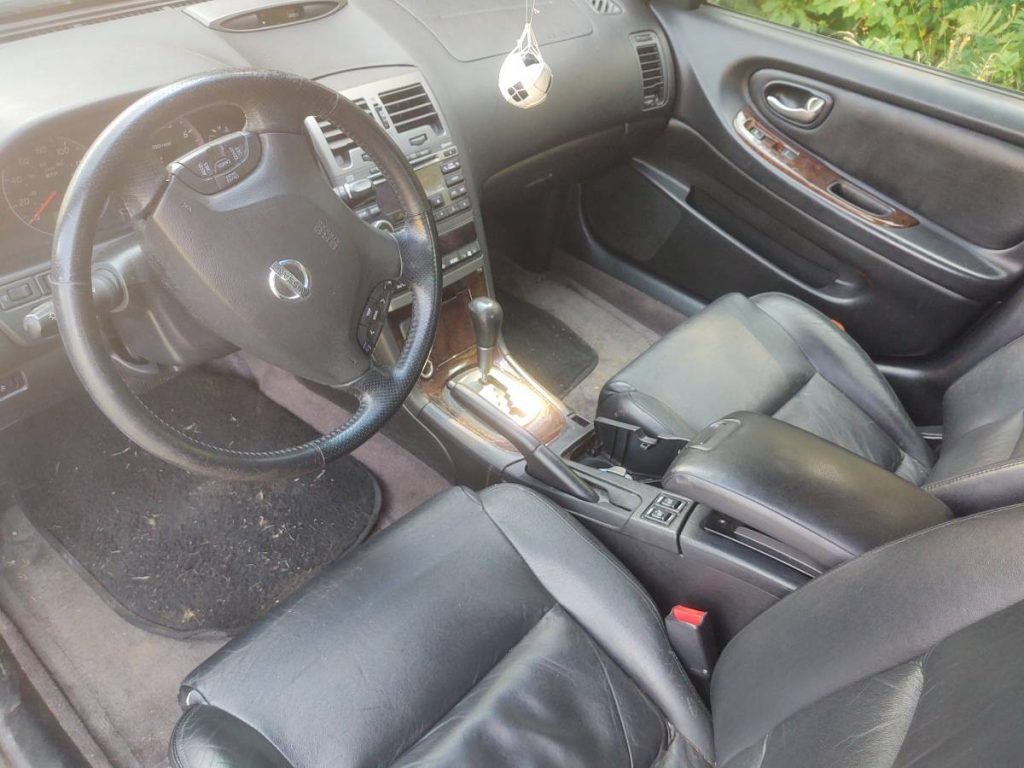 This 2002 model is powered by Nissan’s ubiquitous VQ35DE engine, which has been stuffed under the hoods of everything from the Altima to the Pathfinder, as well as several Infiniti models. It’s a solid engine with a good reputation. In this comfort-oriented GLE model, it’s backed by a four-speed automatic. Sportier versions of the Maxima could be had with five- or six-speed manuals and some other performance goodies that this one doesn’t have. But this one probably wins in the comfort and ride department. 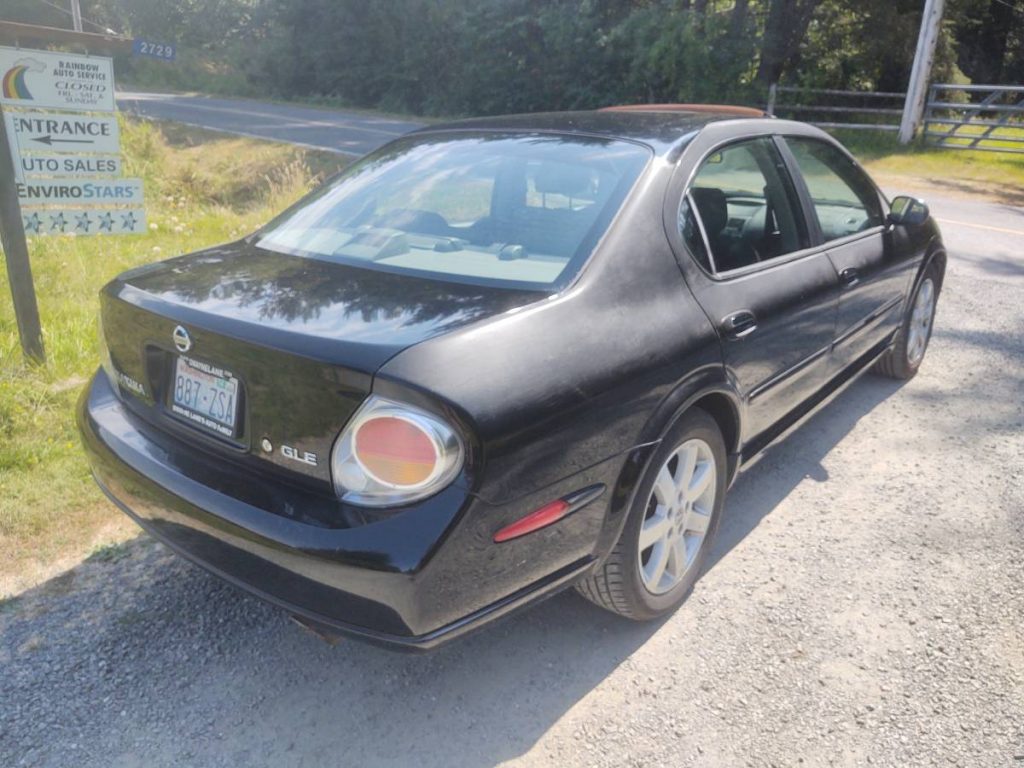 The seller says it has had some recent work done and runs well, and it doesn’t have many miles on it. These are reliable cars in general, so there shouldn’t be any issues there. There is some weirdness with the paint on one rear quarter panel and door; I can’t tell if the clearcoat is bad, or if it’s badly-painted repair work, or what, but it sticks out like a sore thumb on a black car. 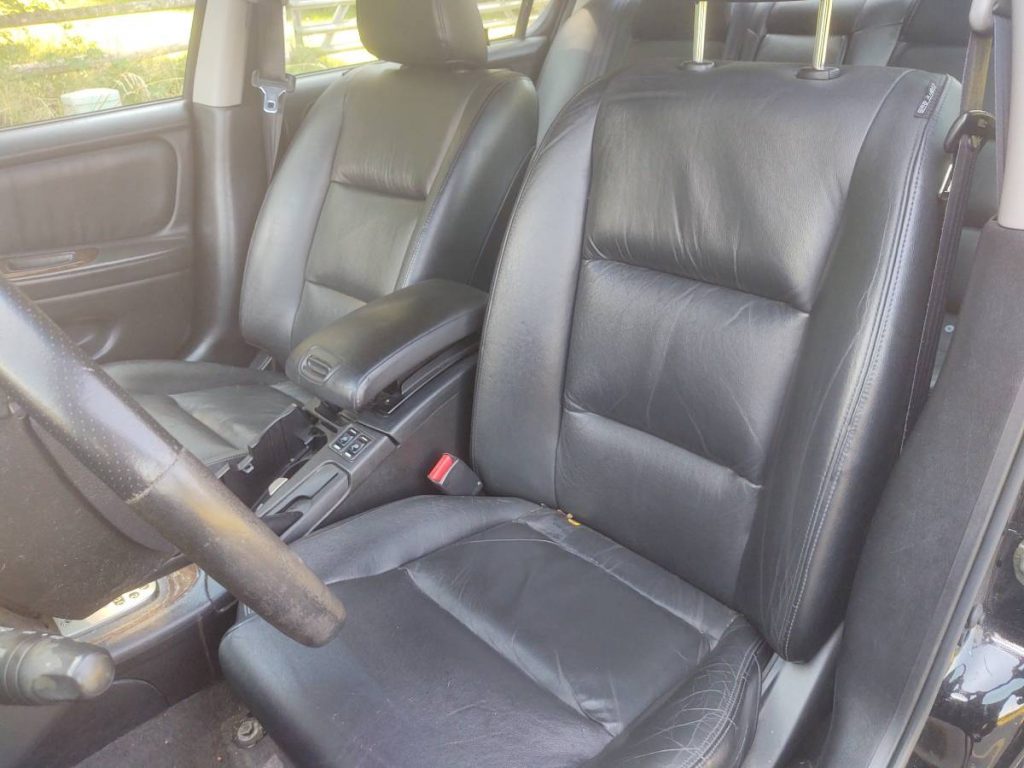 So that’s our Monday: a fun but fragile hatchback and frumpy version of a sports sedan. Which one will it be?

Pacific Northwest-based self-taught DIYer of all the things. Current fleet: 1971 MGB GT, 1989 Chevy K1500, 2013 Chrysler 300C, 2003 Infiniti QX4, and 1966 Aristocrat Land Commander trailer. Not to mention about 40 RC cars and around 100 model kits...
Read All My Posts »
PrevPreviousCold Start: Monterey Car Week Was A Hell Of A Week
NextIn The Midst Of An Investigation, NHTSA Wants More Information On Tesla Driver Monitoring SystemsNext