Welcome to the Tuesday edition of Shitbox Showdown! We’re continuing with our nice sensible choices today, and looking at a couple of bare-bones commuter-mobiles that might make a good substitute for the ubiquitous but often overpriced offerings from Toyota and Honda. First let’s see the final tally on our seven-seaters:

Yep. That’s where I’m at with these, too. Nothing wrong with a good minivan, but a Chevy Suburban is just such a big friendly beast, it’s hard to resist. It’s like Ludo in Labyrinth, only less hairy.

But what about the fuel economy? I hear you. Fifteen miles to the gallon on a good day is hard to stomach, especially at today’s gas prices. What’s the solution? Do what I did; save the gas-guzzler truck for when you need it, and get yourself a cheap sacrificial econobox. The two obvious choices are the Toyota Corolla and the Honda Civic, but since they’re both so well-known, they tend to be over-valued (unless you get lucky and find a screaming deal on one like I did). If you look a little farther afield, you can find great cheap runabouts with other badges on them, like the two we’re going to check out.

Before I show them to you, let me just get it out of the way: Yes, they’re both automatics. Yes, I’d prefer a manual too. But with cars this cheap, sometimes you have to just take what comes along [Editor’s Note: Screw that. -DT], and even twenty years ago when these two were built, the vast majority were automatics. You’ll have to get your manual gearbox jollies some other day; this is what’s on offer today.

So let’s take a look: 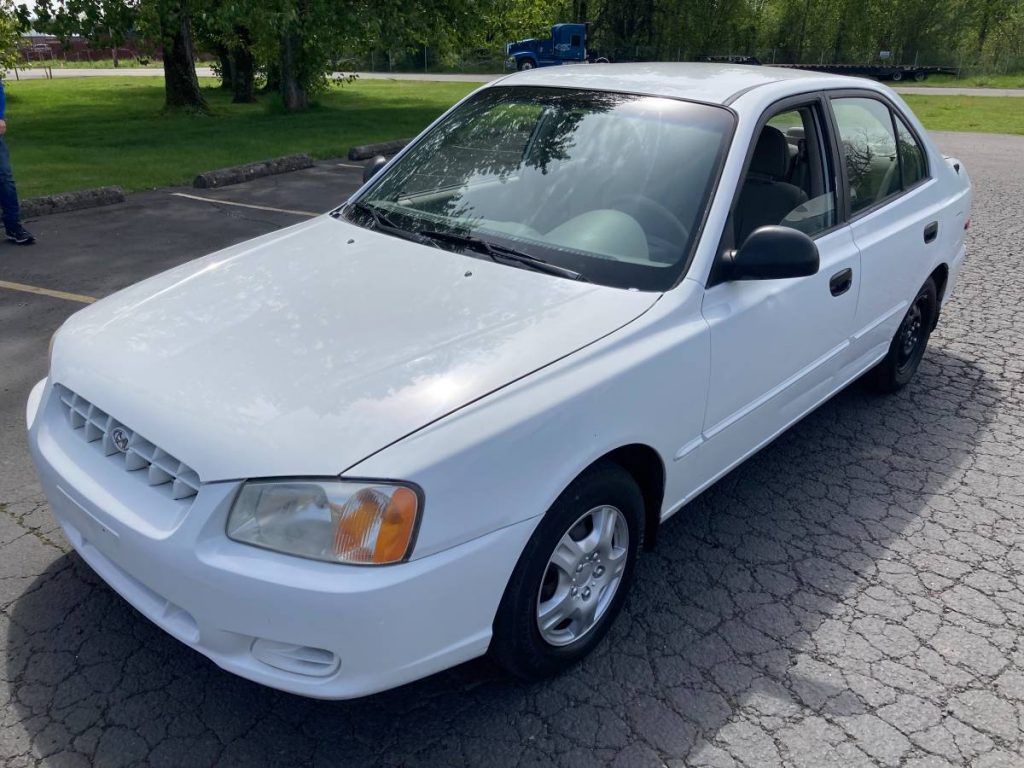 There was a time when no one would have considered a used Hyundai. When I worked at a garage in the ’90s, the remaining first-generation Excels were gasping their last breaths, despite being less than a decade old. Build quality, reliability, and longevity were all pretty much nonexistent. But it was interesting to watch them go from appalling to not-half-bad in the course of only a few years. And now, a twenty-year-old Hyundai isn’t a completely idiotic choice. 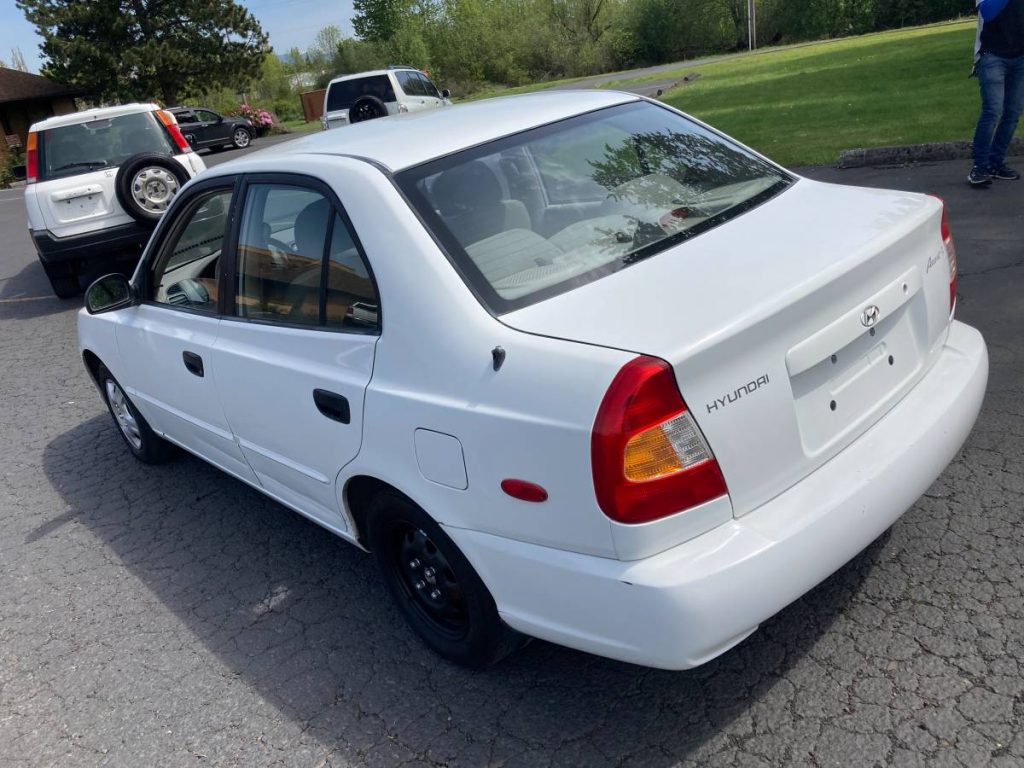 Granted, it’s not the most exciting thing on four wheels, but these second-generation Accents are reasonably well screwed together, and certainly economical. And really, how much performance and handling do you need in the middle of a traffic jam? 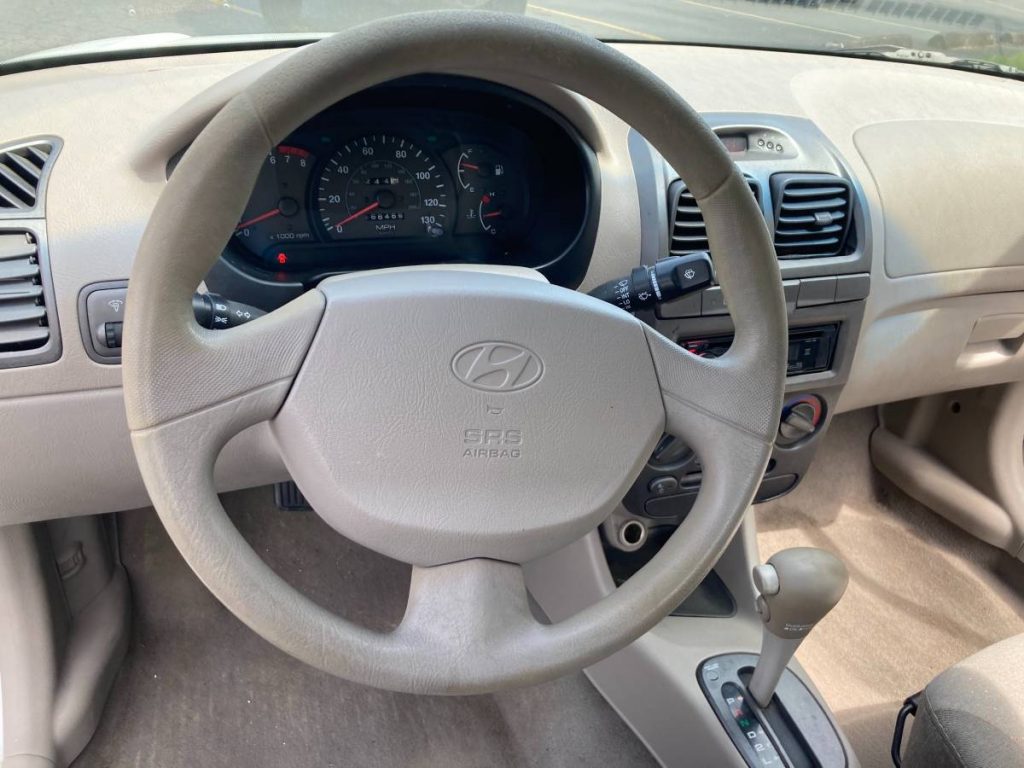 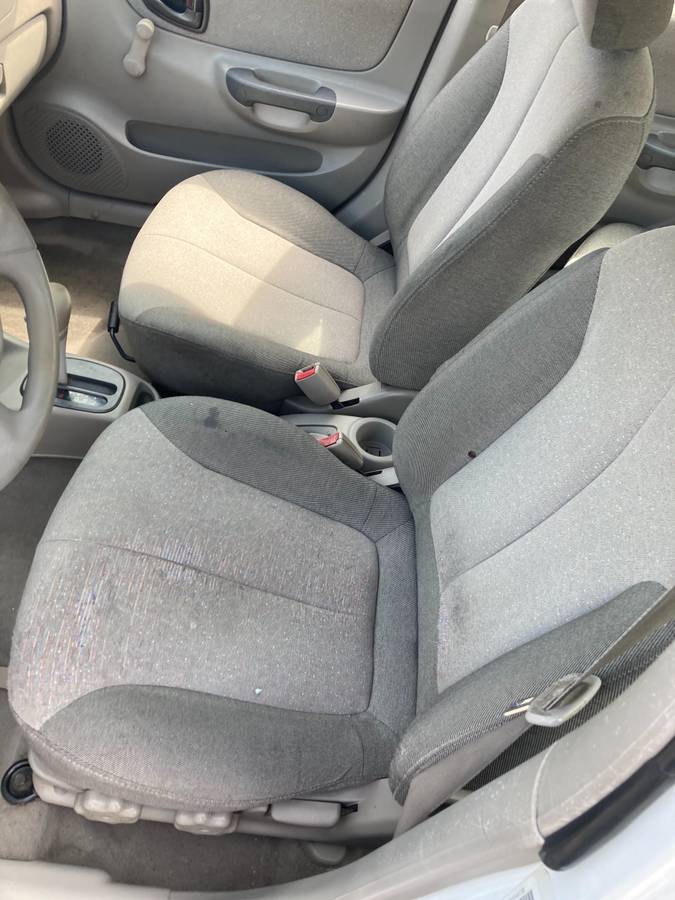 This particular Accent looks like it’s holding up well, at 161,000 miles. There’s not much wear on the interior, and it’s a decent twenty-footer outside, too. Yeah, it’s refrigerator-white. But look at it this way: it’s the perfect starting point for a Martini or Alitalia livery. (Come on, you know you want to see an Hyundai Accent in Alitalia livery.) And the lack of power features is just less stuff to break. 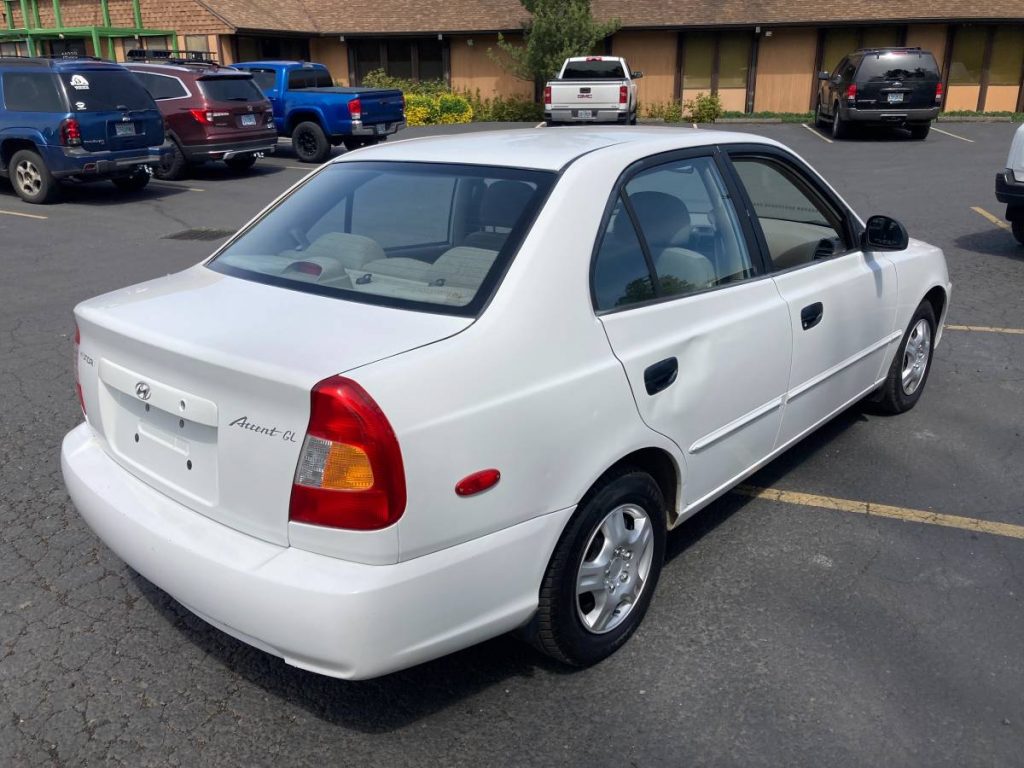 Okay, fine. Not convinced? Want something with a little more pep? 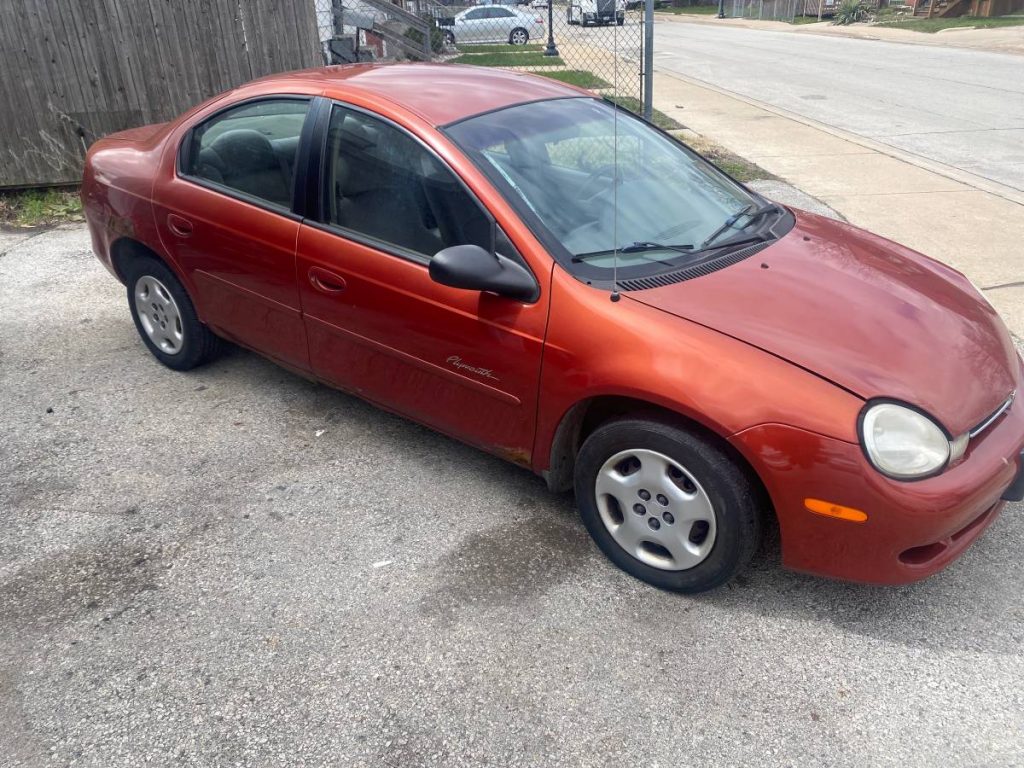 Odometer reading: 100,000 miles (or is that just what they listed because they had to list something? It’s hard to tell sometimes)

I admit: I am a big fan of the Neon. I had a first-generation two-door that I loved, until it was rear-ended by a carelessly-driven WRX. I still miss it. It was noisy, harsh, and rough around the edges, but it was a hoot to drive, even with an automatic. This second generation Neon is a kinder, gentler machine, not as zippy maybe, but more comfortable. 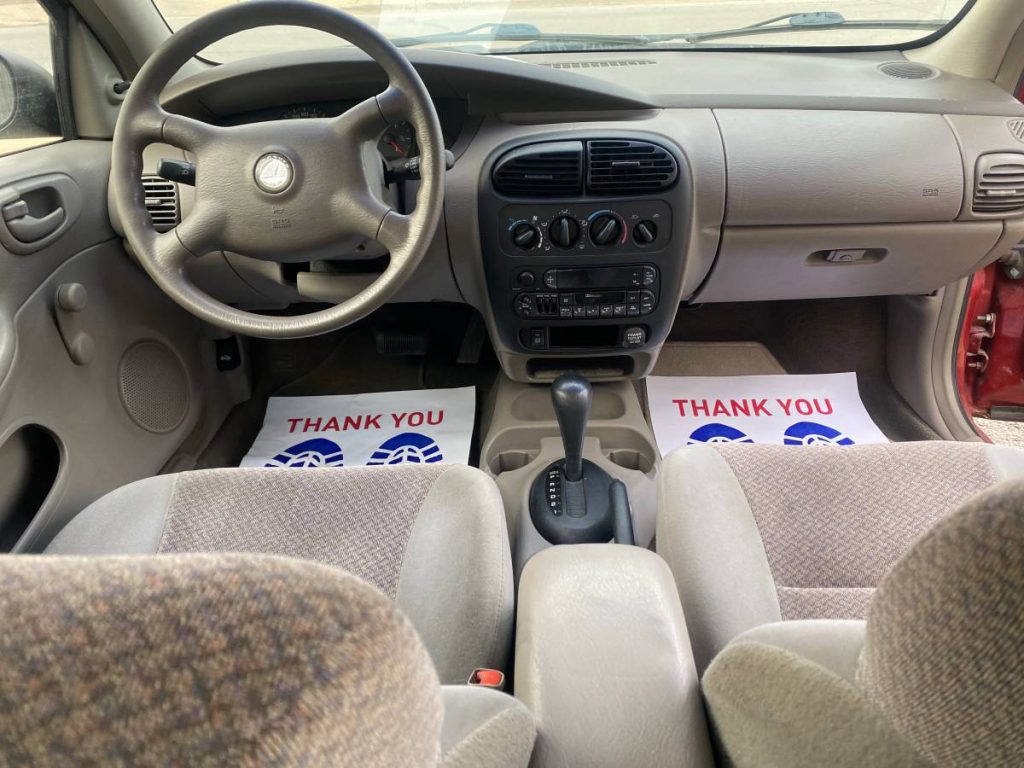 It still has the same single-overhead-cam 2.0 liter four that my Neon had, backed by the same 3-speed Torqueflite automatic. This slushbox was 20 years old by this time, and hopelessly outdated compared to the competition, but smooth and reliable. And the original Neon’s sharp handling is still present in this second-generation, so there’s still some fun to be had, even if you can’t shift for yourself. 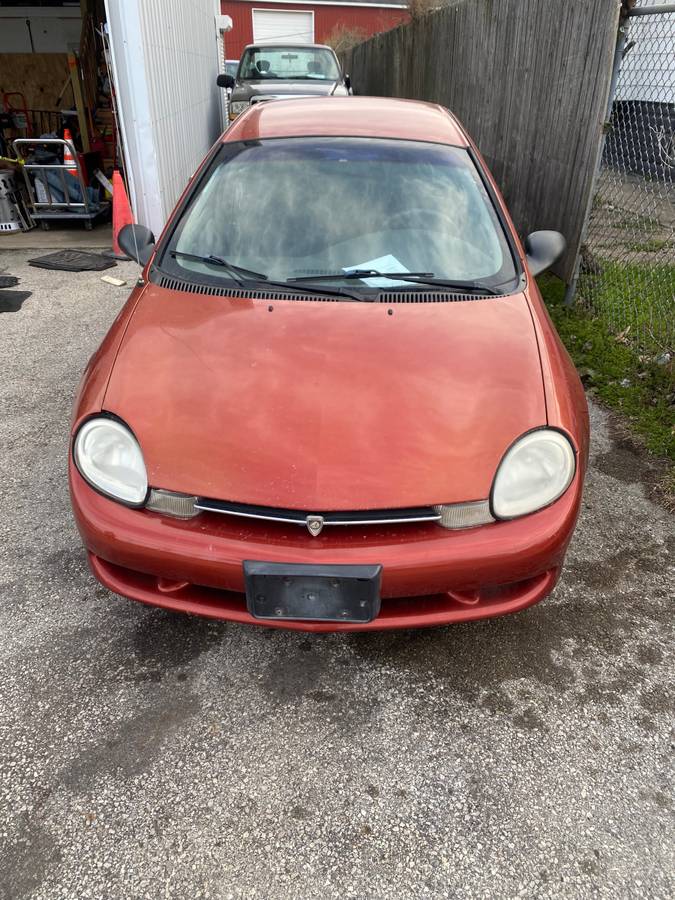 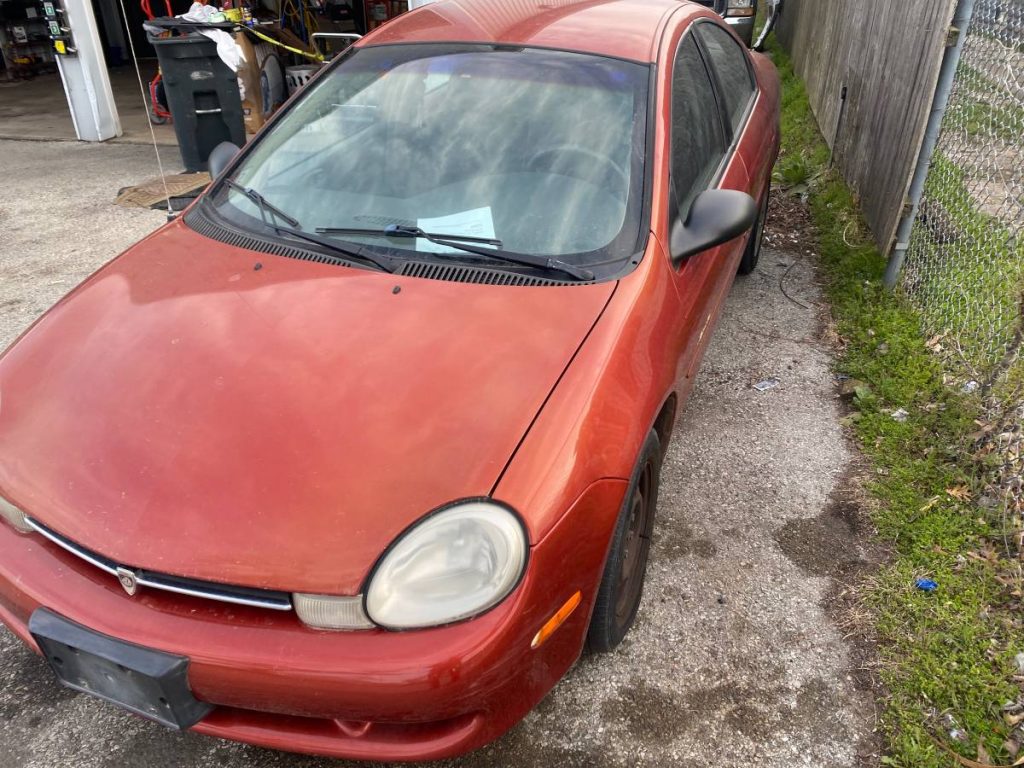 This Neon has held up well, give or take a little Midwestern rust. It’s presentable outside, still looks tidy inside, and according to the seller, runs well. It’s not as polished as some other cars in its class, but it’ll haul ass around an on-ramp, and like our Suburban yesterday, it’s a good color. You won’t lose this one in a parking lot.

And again, manual crank windows! Even if the rest of the car completely falls apart, at least you can roll down the window while you’re waiting for a tow. 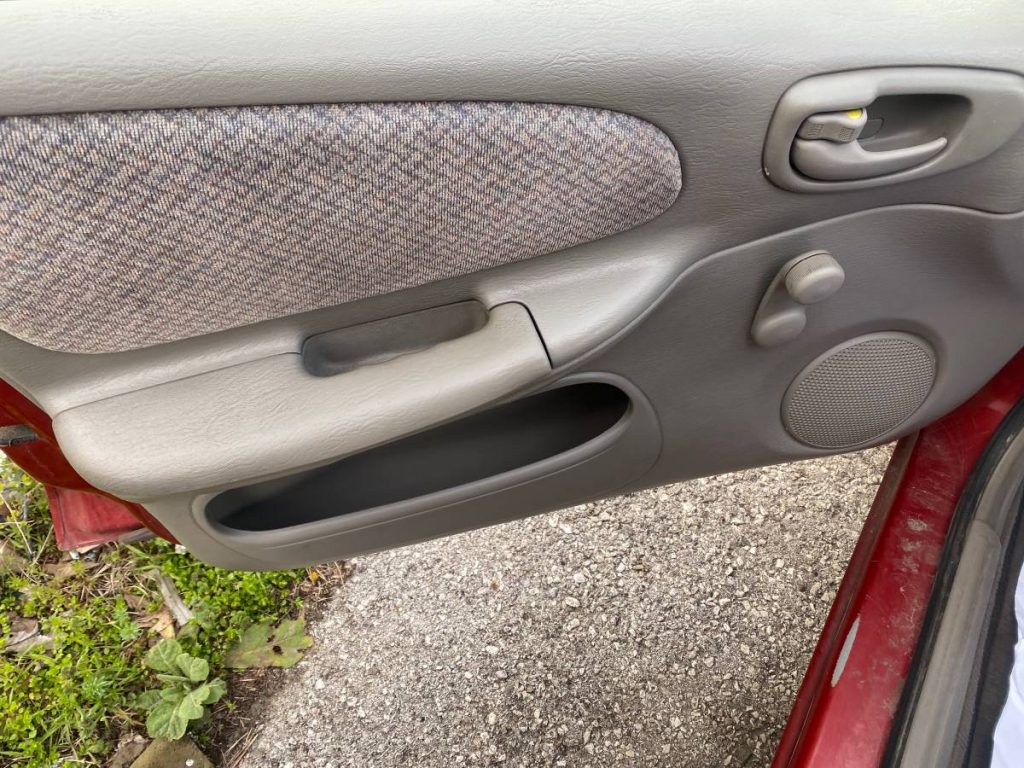 Neither one of these will set the world on fire, and neither one is likely to be worth a damn much past 200,000 miles, but until then, they’re both decent cheap transportation that’ll save you some fuel and insurance costs. Which one is more your speed?

[Editor’s Note: I became so bored while reading about two automatic compact cars that, by the time I had to make the poll below, I’d completely lost track of which cars we were talking about. So I just guessed, and, well, I was close]: