Wow, we had some fun in the comments of my first wheels article didn’t we? Apparently I’m alternatively lazy, immature, and on my high horse (joke’s on you, I can’t ride a horse). The car design process is fundamentally broken. Even worse than all that though, I’m merely a stylist! I can feel a knife slipping between my shoulder blades here!

Don’t ever call a designer a stylist. Nothing winds them up more and it really belittles what a designer actually does, which after all is why I’m here to give you reprobates an idea what goes on behind the top secret closed doors of an automotive design studio.

It’s not all flashy unrealistic sketches, sipping espressos and standing around pointing at clay models. That stuff you see in videos cover a very small part of a designers working life. The rest of a designer’s time is spent getting covered in clay, prepping models for review, creating images for product meetings, chasing up modeling teams for parts, and sitting in meetings arguing with engineers and suppliers who want to chuck all your hard work out the window to save $2 on a component.

If you’re lucky you might get to play with competitor vehicles from time to time as well.

There’s a lot of problem solving going on. How are we going to attach this grille so you can’t see the fixings? How do we avoid having sink marks in these injection molded trim pieces? Can we manage this 3 way shut line intersection so it doesn’t resemble a bottomless void like a designer’s soul? These things are decidedly not glamorous, but are intrinsic to what it means to be a car designer, and not just a superficial stylist.

The sketch work with its unrealistic proportions and big wheels is the very start of the design journey, and lasts maybe a couple of months at most depending on how well it goes. So while it might seem disingenuous to draw ideas this way, it really doesn’t affect how a cars wheels are sized going forwards. Commenter redfoxiii likened these initial drawings to haute couture, which is an excellent analogy I wish I’d thought of while writing the original piece.

Haute Couture serves as an inspiration and direction for fashion you can actually buy – it’s exaggerated to emphasize certain visual ideas and characteristics, almost to the point of parody. 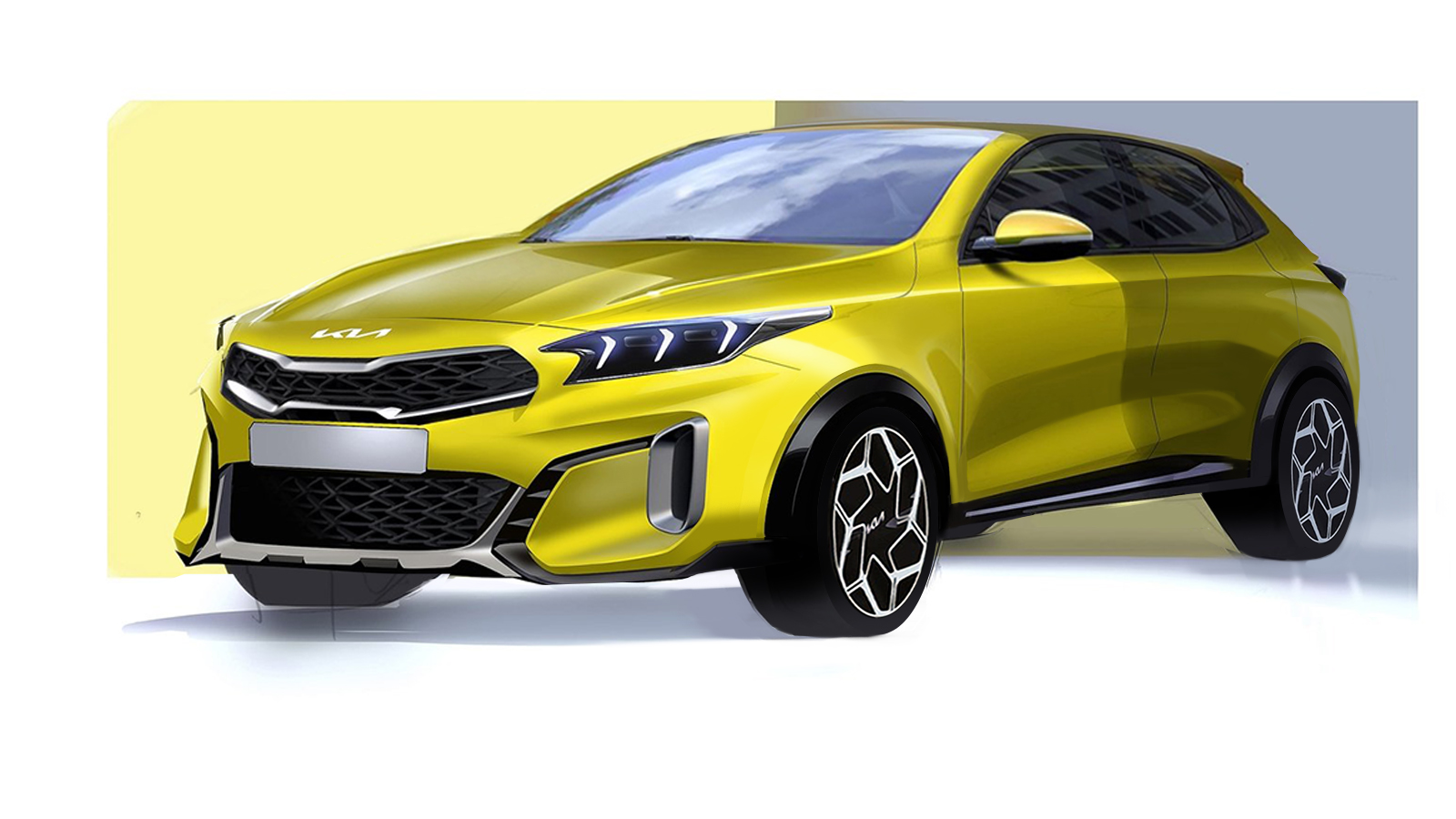 Above I’ve taken an image released by Kia, and programmed The Autopian Graphics Workstation (actually a series of various 8-bit computers daisy chained together running a software package Torch found on a floppy disk that came with the Changli) to ‘right size’ the wheels and glasshouse.

Compare to the original unaltered render: 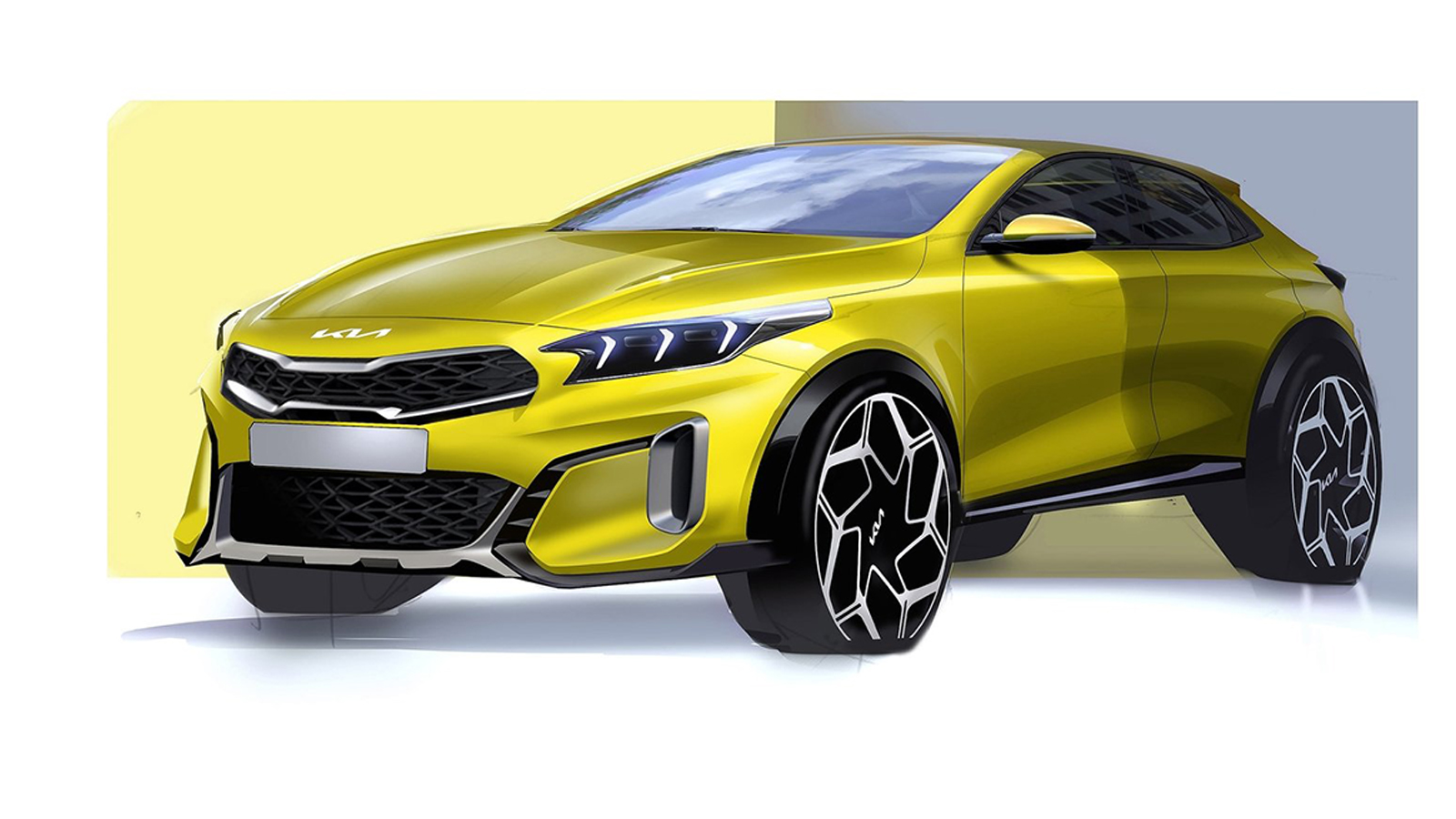 You might not agree, but the original looks much cooler and has more drama to it. The doctored version is fine as it goes, and is kinda representative of the actual car. But it doesn’t really leap off the screen as something that makes you want to get in and drive. It’s just not as exciting, and doesn’t ‘read’ correctly because it’s neither an expressive sketch nor a 100% accurate representation like a photo would be. There’s a dissonance going on, like an uncanny valley. With the original image, you know it’s warped and stanced so your brain gives it a bit of leeway in it’s interpretation. Here’s the actual car. 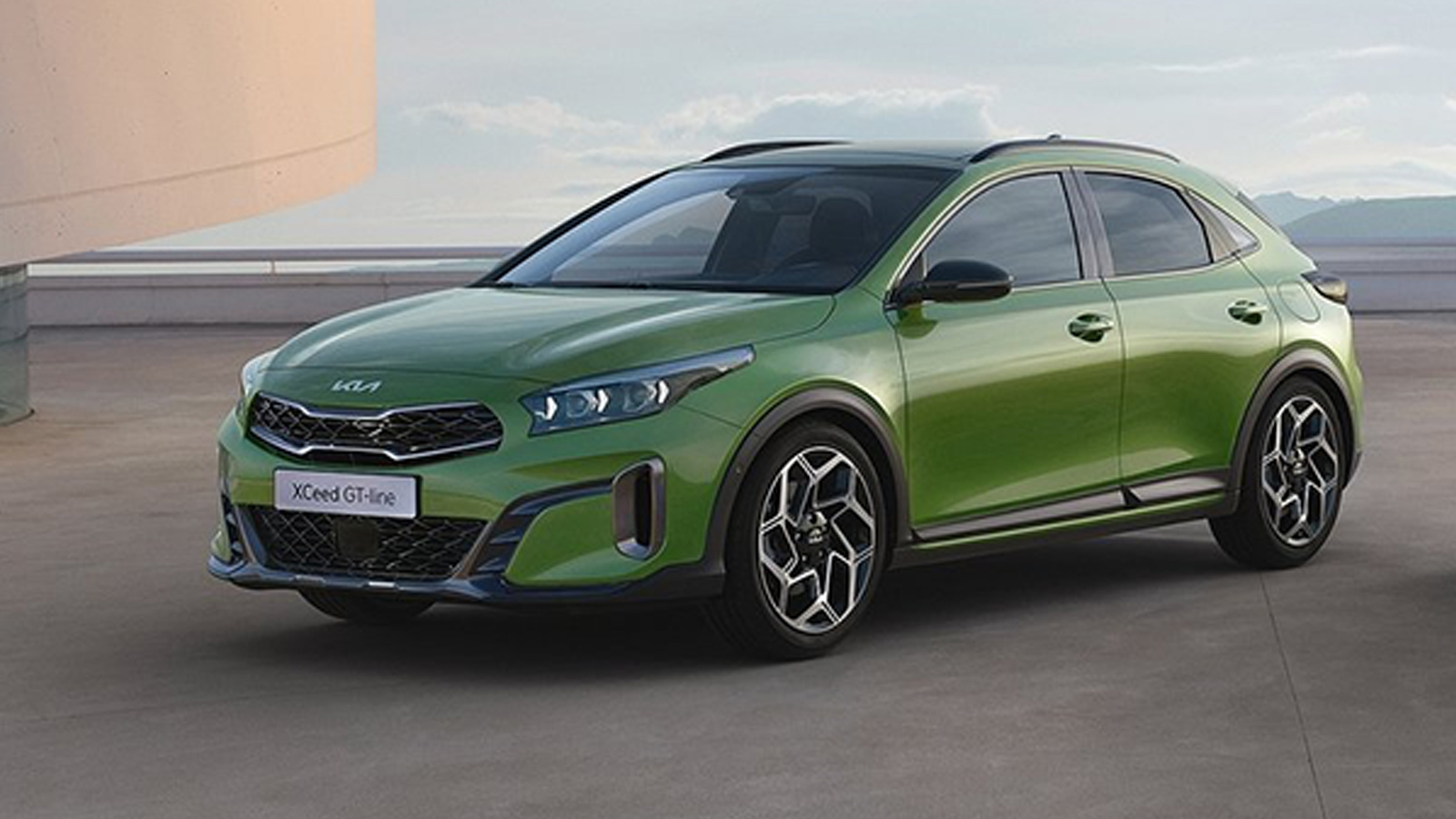 And in case you thing this is a new affliction affecting designers desperate to look cool, it’s not. Initial sketches and renders have always been exaggerated. Let’s take a look.

Here’s a Pontiac proposal from 1944. Check out the wheel size and tire width on that bad boy: 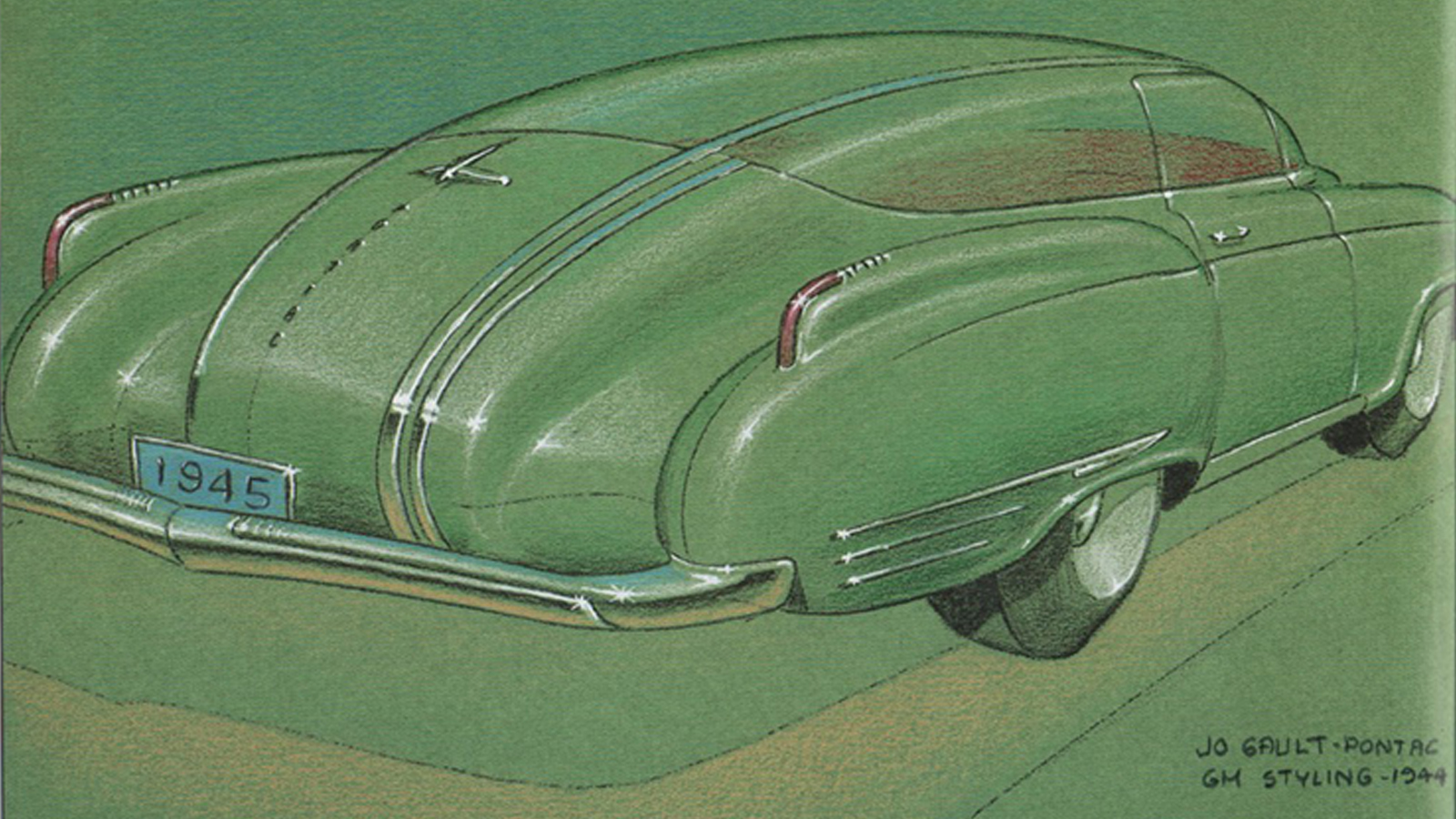 A Cadillac proposal from the legendary Wayne Kady from 1965 is below. Check out the overhangs and the length of the front and rear decks. You could crash land a stolen enemy F14 on that thing! Ding, ding, hard a-port, helm! 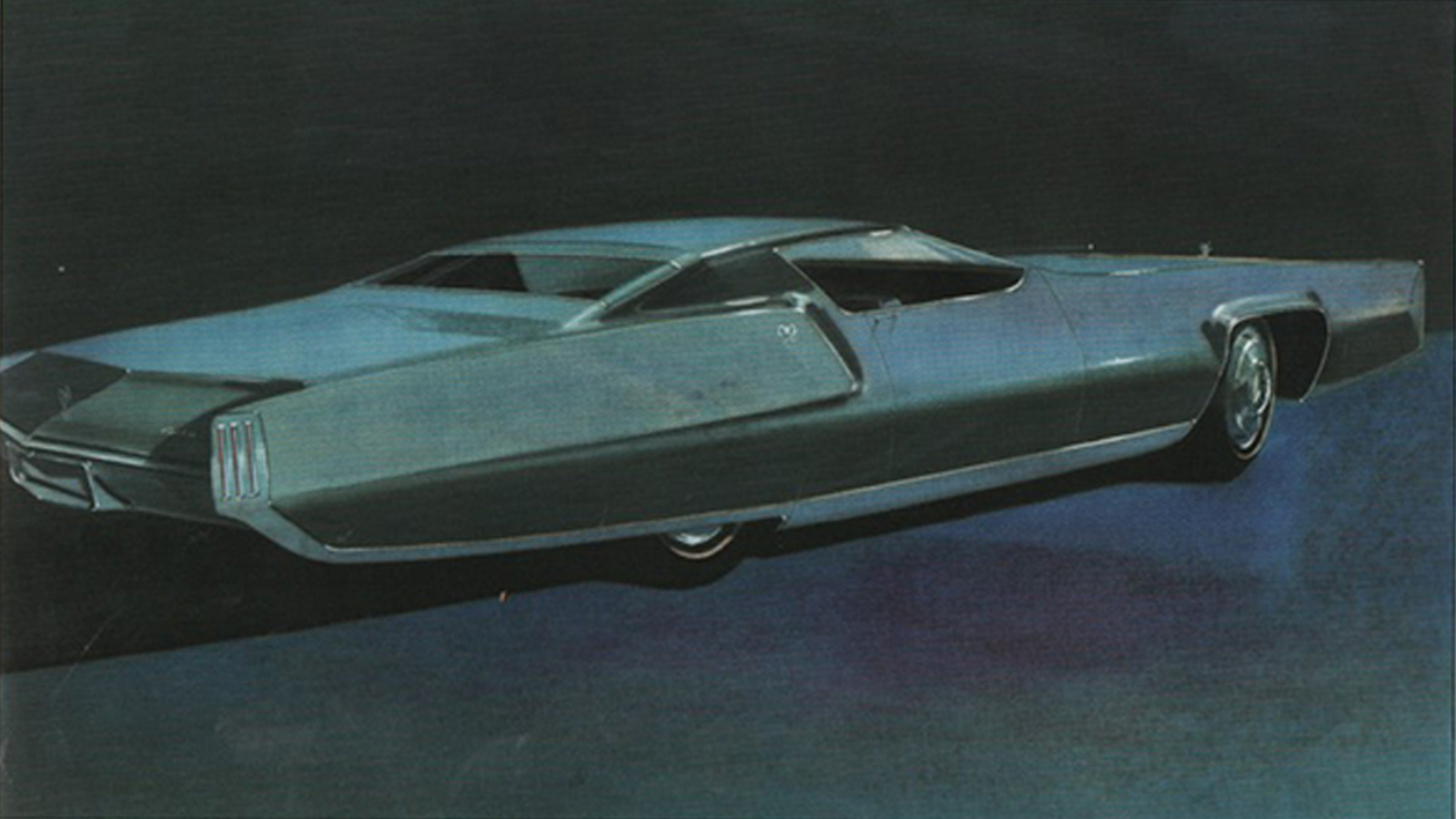 A couple more, from GM designer Allan Flowers [Editor’s Note: This is the guy behind the Nissan Pulsar NX! – JT] : 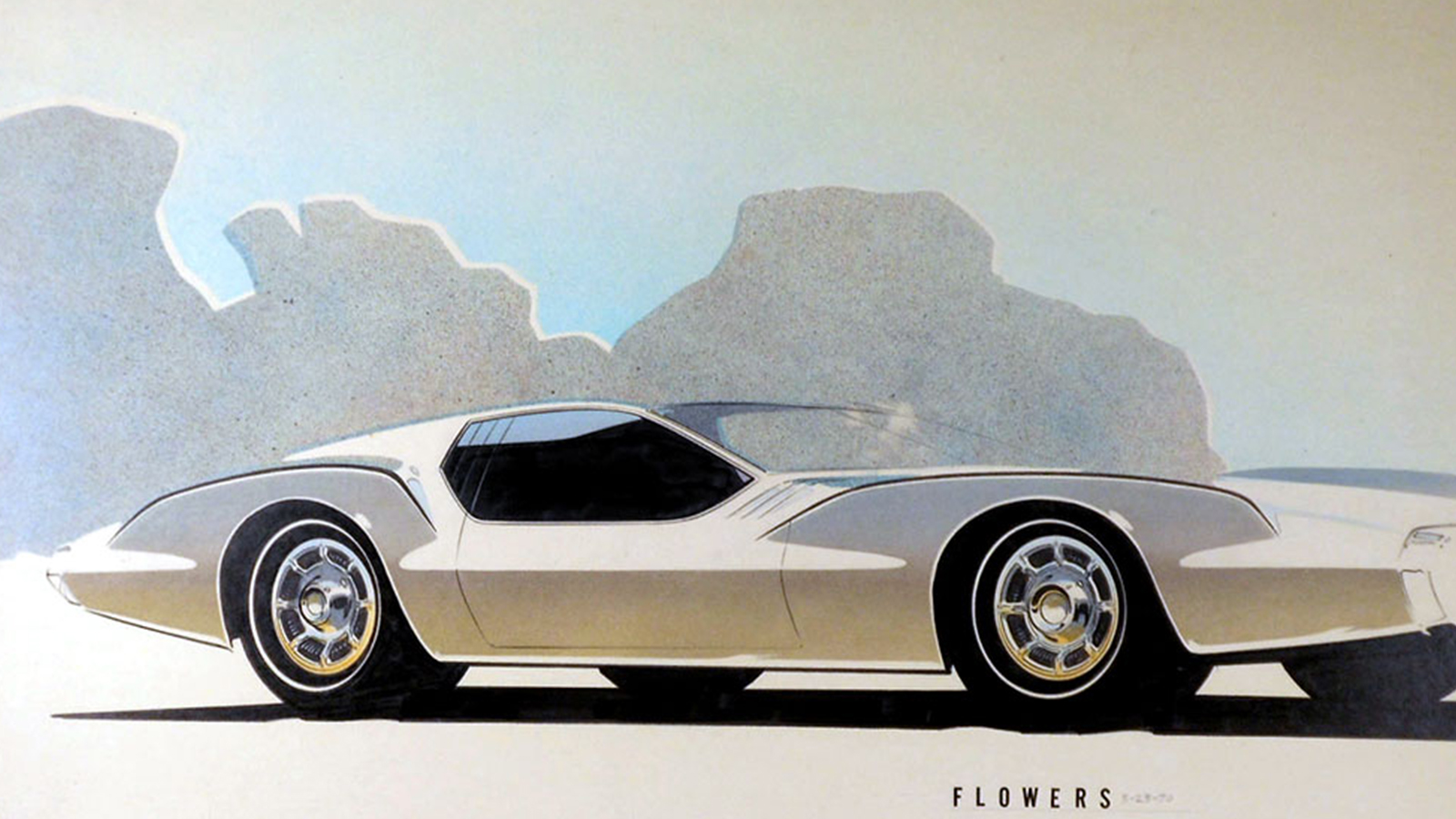 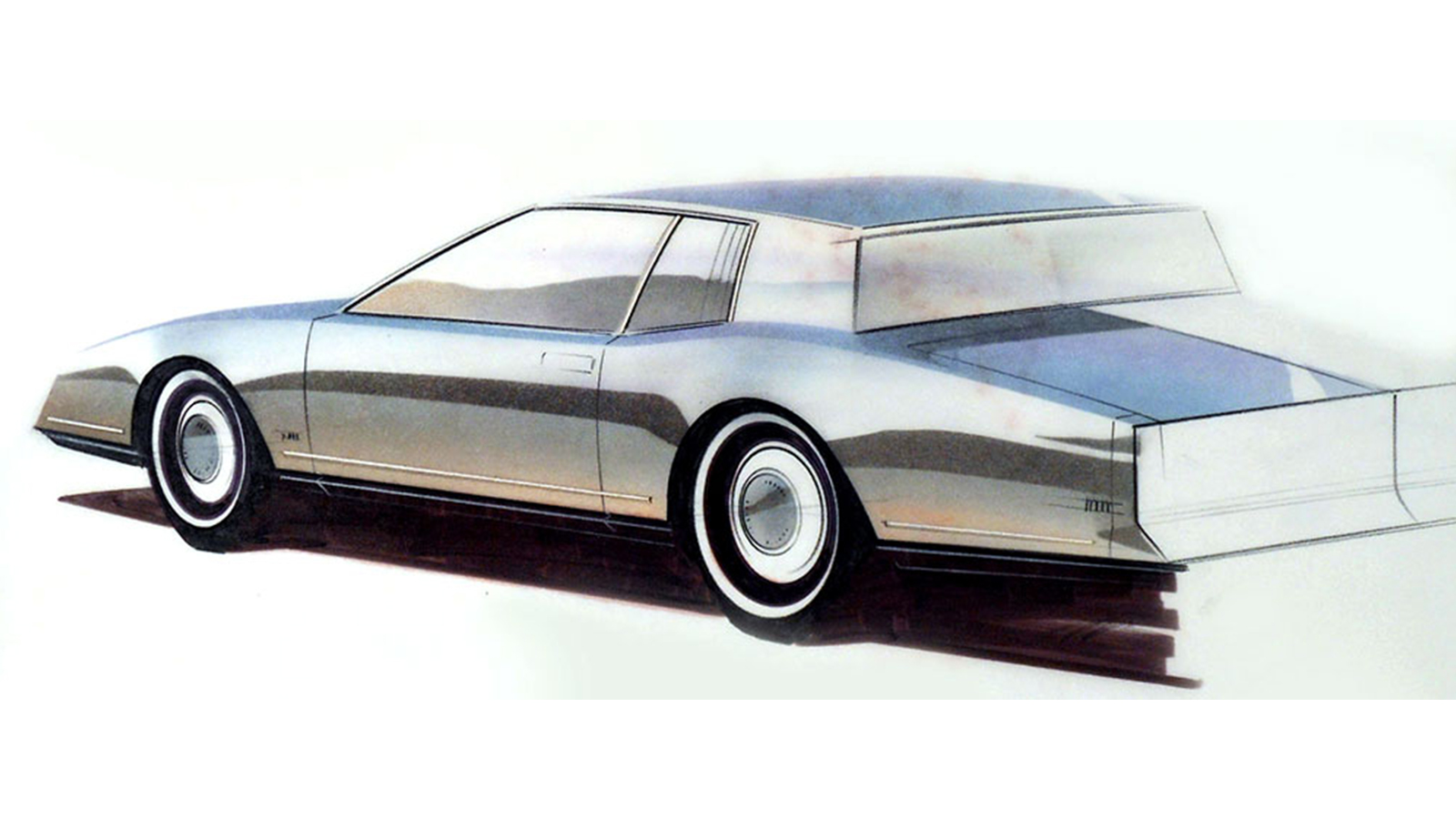 So even in the analog drawing days when you were expected to wear a tie to the studio (thank god that’s no longer the case), designers were pretty liberal in their interpretations of a car’s proportions to create drama and flash. The tools may have had a digital upgrade, but the process remains exactly the same.

Hopefully this will clarify some of the more common misconceptions that cropped up from the last article. If you’ve still got questions, hit me up in the comments!

Professional Car Designer and writer about car design. I have a BA in Automotive Design and a Masters in Vehicle Design from the Royal College of Art in London, where J Mays was my tutor. He used to bring in donuts. I was hired from there into a major European OEM. I daily drive a 2011 L320 Range Rover Sport and also own a 1983 Ferrari Mondial QV. I always wear black, love goth music and have way too many books. twitter: @adrianfclarke. Instagram: adrianfclarke
Read All My Posts »
PrevPreviousStellantis To Pay $300 Million Criminal Penalty Over Diesel Emissions Cheating
NextChevrolet Redesigned Its Commercial Truck Headlight In Such A Confusing Way I Had To Get Our Designer To Explain It To MeNext