Prove Our Designer Wrong: Cars Should Only Ever Use Wheels From Their Own OEM

Welcome to our special Sunday Edition of Prove Me Wrong! This time it’s a bit different because you’re not actually proving me wrong, you’ll be proving our On-Staff Professional Real Authentic British Auto Designer, Adrian. Adrian is a stylish designer-man full of designer-man opinions, one of which we encountered the other day in the Autopian Corporate Slack Fellowship Hall, when David showed off his now-motile Chevy HHR and the Saab wheels it rode on. That’s when we learned that Adrian does not believe in cross-pollinating OEM cars and wheels.

Just so you understand the full situation, here’s how it played out. It started with this message from David: 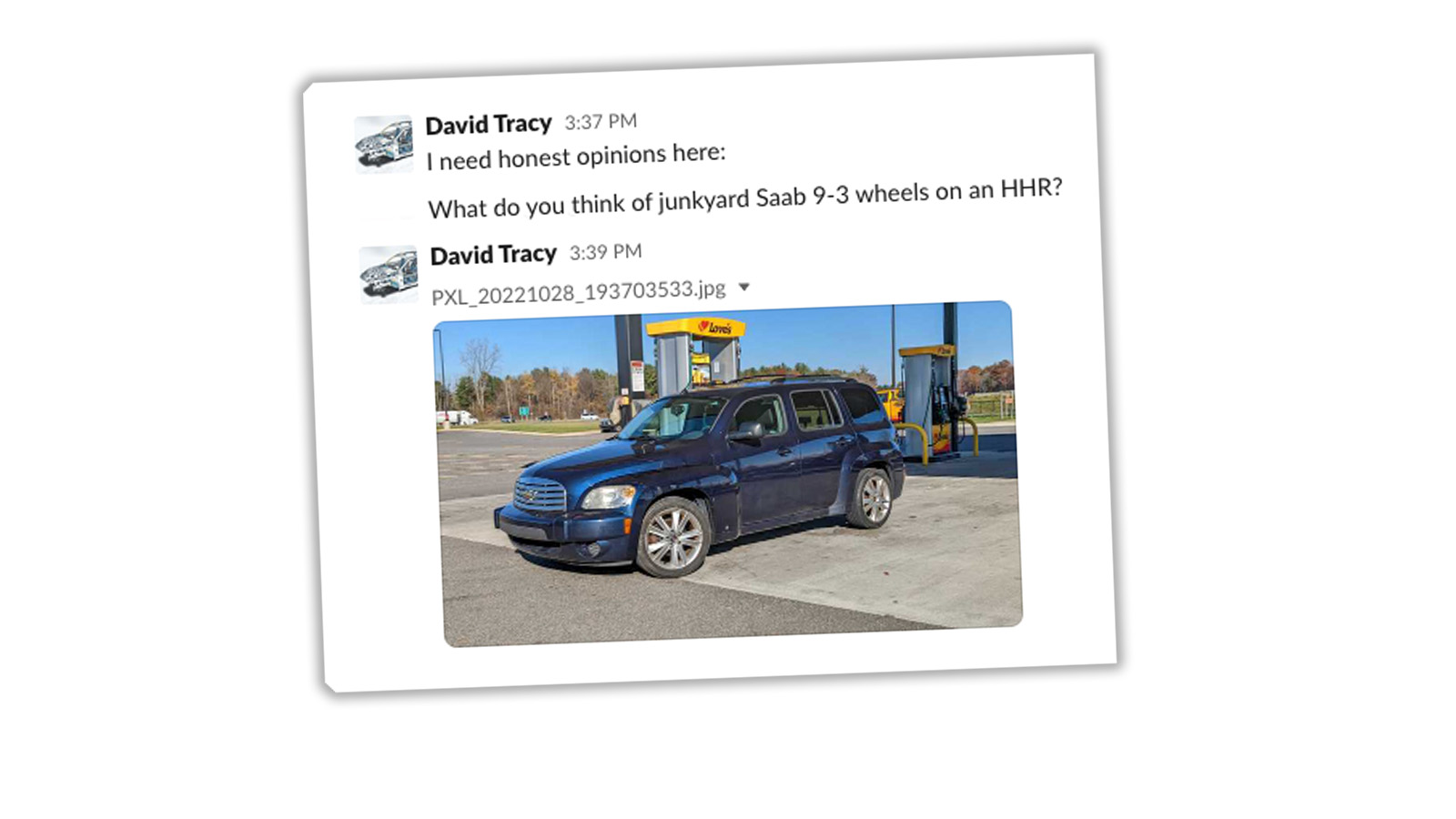 David did ask for honest opinions here, so he’s getting what he wanted. I saw the Saab wheels and my first reaction was this: 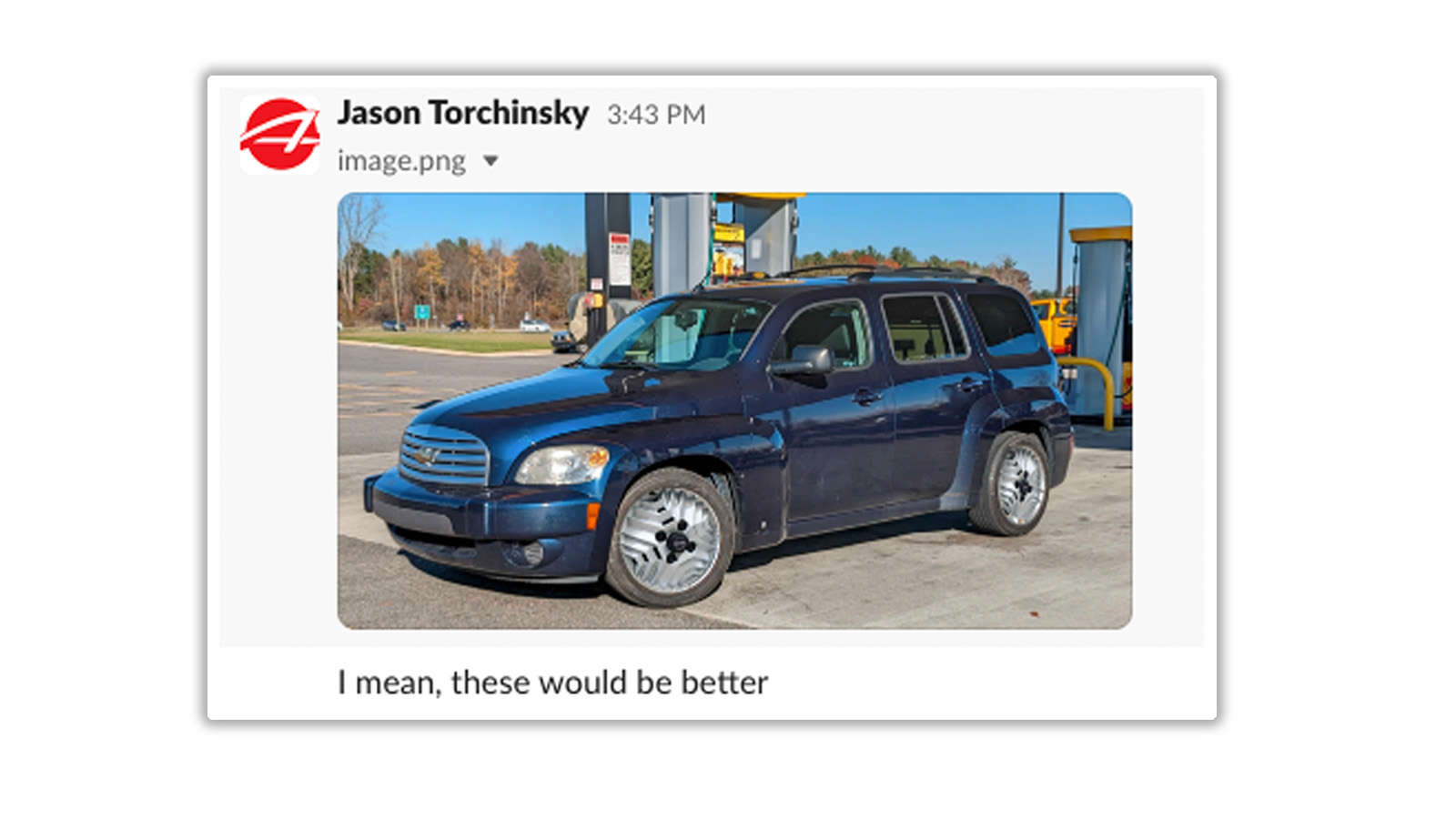 Because, of course the Saab Inca wheels would be better. They’re always better. At this point, we were all having fun, gleefully enjoying the combination of wheel and car, and then whammo: 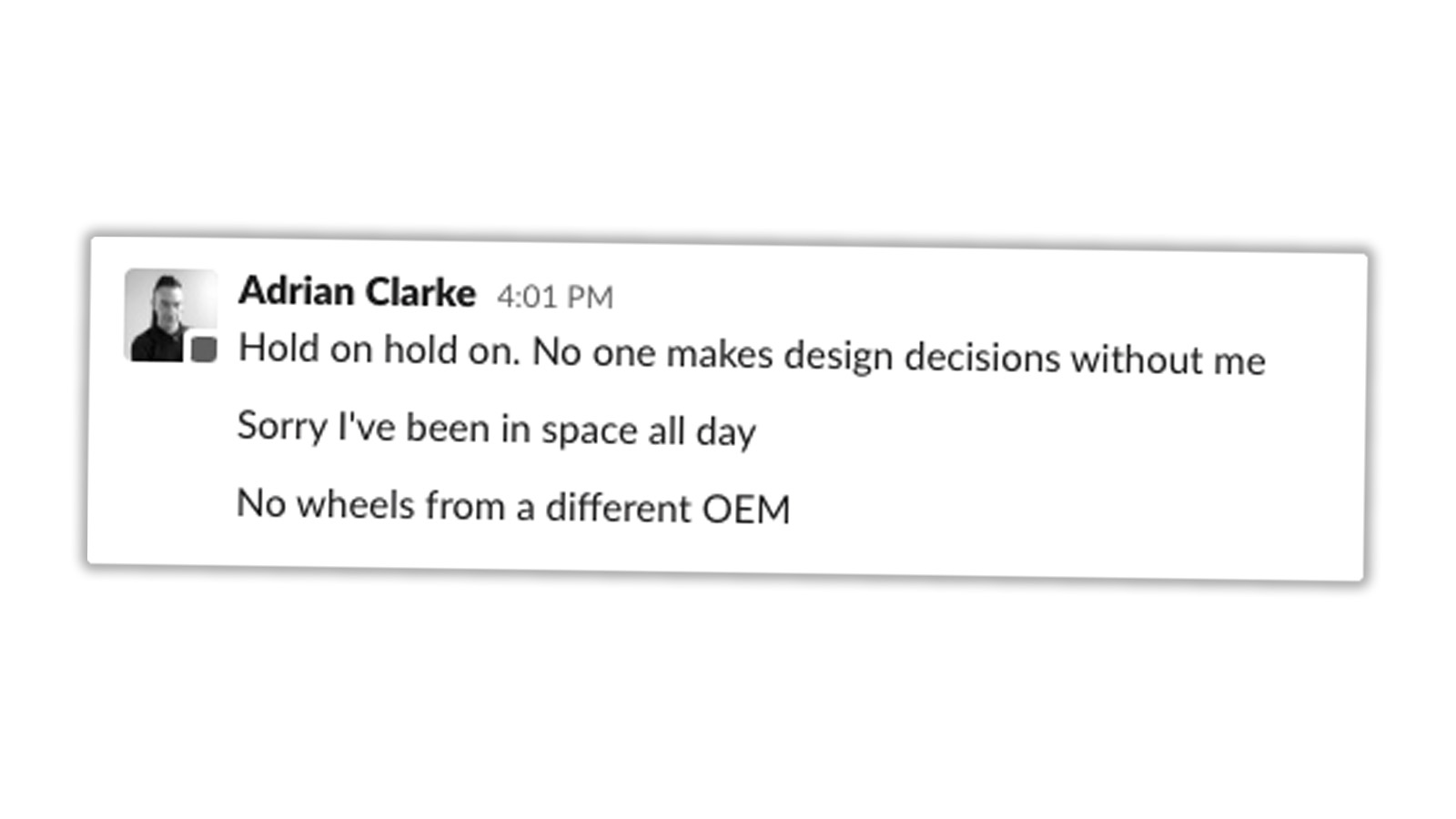 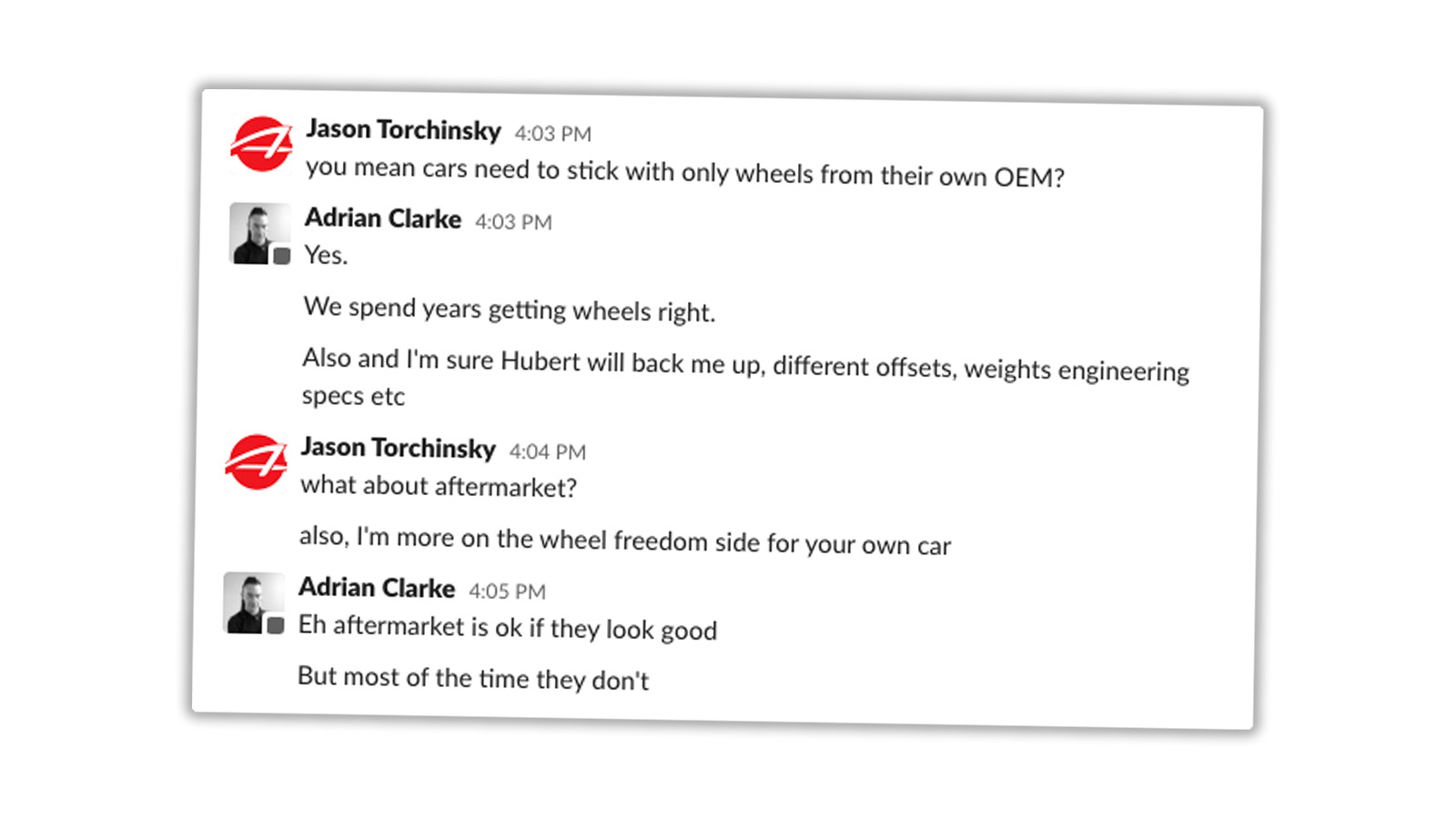 Of course, Adrian isn’t wrong that lots of effort, design and engineering-related, goes into the wheels chosen for a given car. No question about that. But does that really mean you can never do some mix-and-matching? Other Autopians chimed in: 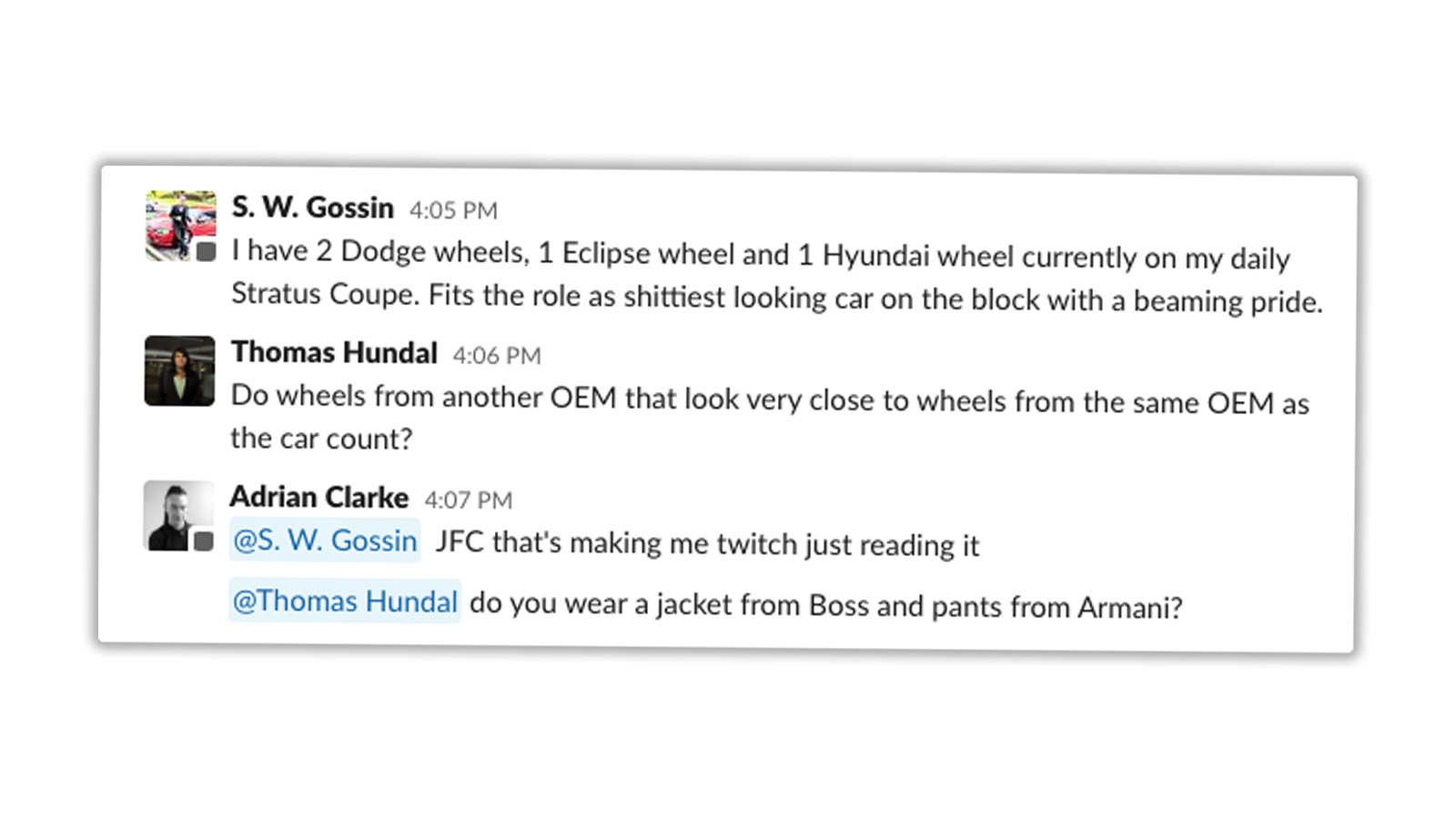 I admire S.W. Gossin’s boss-level not-give-a-fuckery on that Stratus Coupé, and I think Adrian is delusional if he thinks Thomas has any clothes from Hugo Boss or Giorgio Armani. I know what we pay him. Seeing how this was going, I decided to stir the turd a bit: 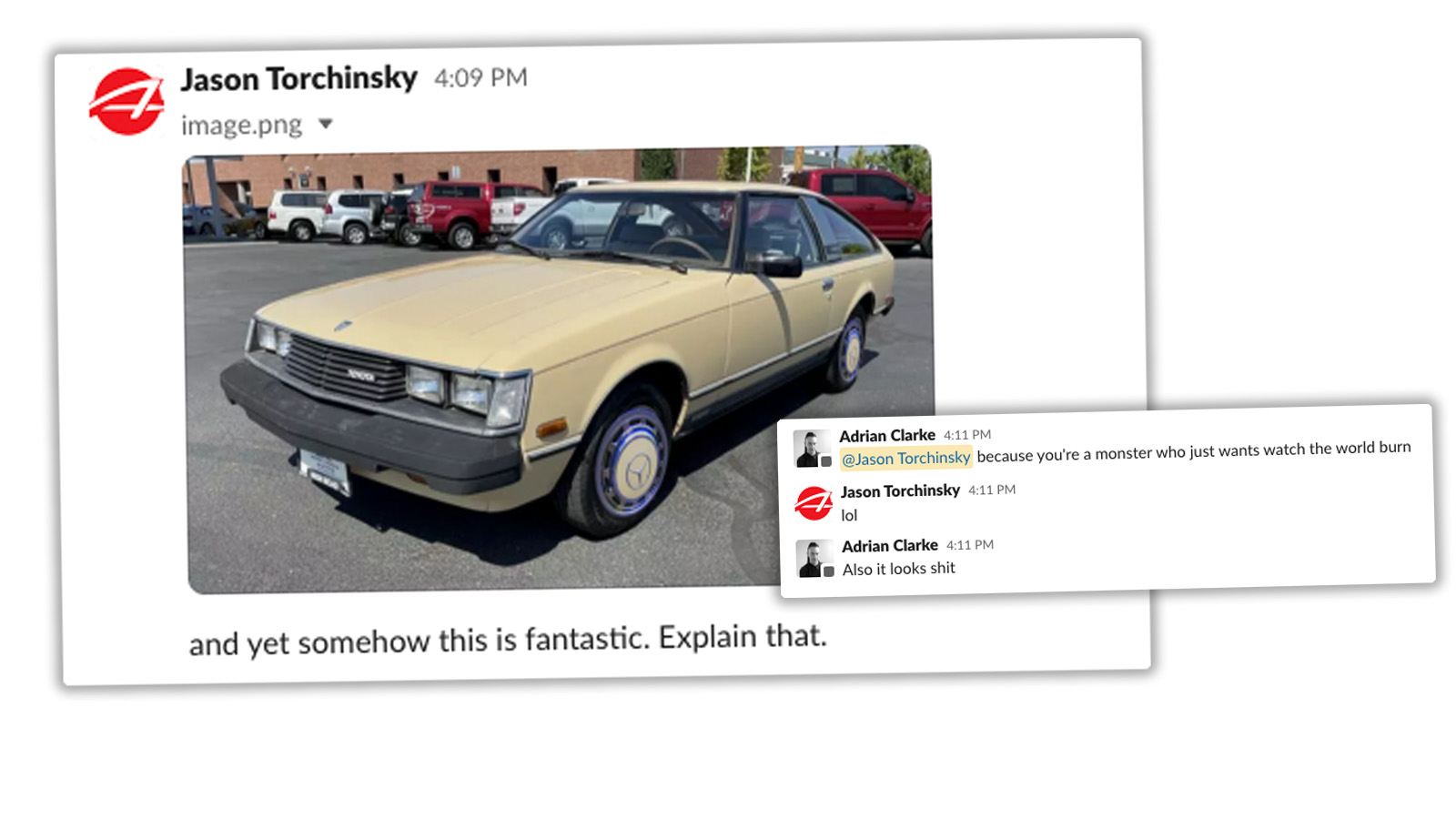 I don’t know, I still think that looks pretty great. Knowing how much this was driving Adrian bonkers, I couldn’t help but remind him of the existence of these: 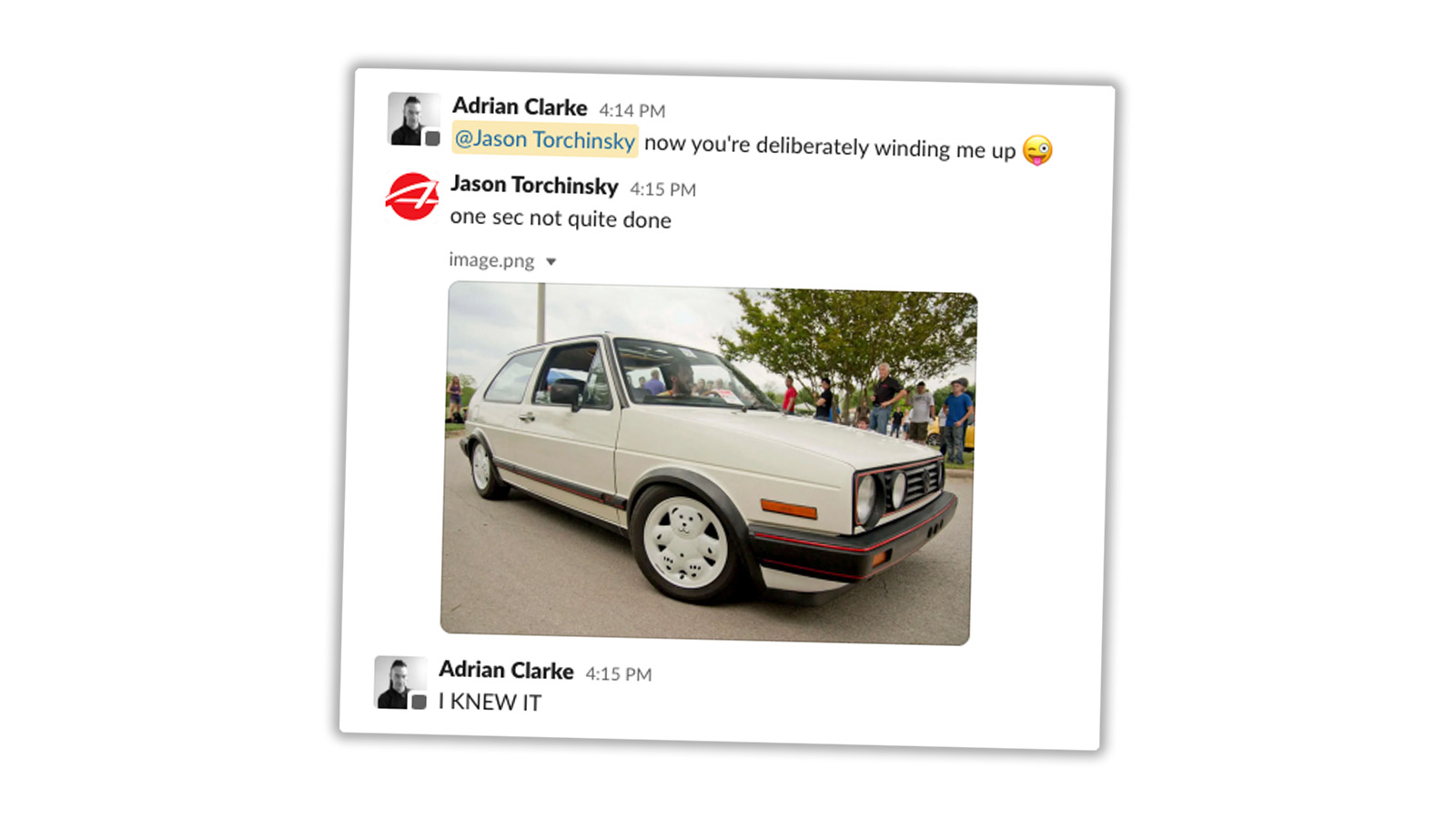 Yes, the Ronal Teddy Bears. You’d think that would be the trump card against anyone complaining about aftermarket wheels, right?

Anyway, here’s the takeaway: the genuine, professional car designer who works for us says that it’s a sin to put wheels from one carmaker onto another car. While I can understand this purist argument, I’m personally not sure I agree, as my fundamental automotive rule is the same as what Aleister Crowley proposed for his Thelemic brand of sorta-Satanism: Do What Thou Wilt.

If it’s making you happy on your own car, have at it. And, I do think there are some wheels that can work great visually crossing carmaker lines. But I never graduated from the Royal College of Art, of course.

So, let’s put it to the Autopian Collective Mind: is this okay? What do we think of mixing OEM cars and wheels? Tell us! Explain! Prove Adrian wrong!

I'm a co-founder of the Autopian, the site you're on RIGHT NOW! I'm here to talk to you about taillights until you cry and beg me to stop, which I absolutely will not. Sorry. Hug? Also, David's friend.
Read All My Posts »
PrevPreviousThe Reported Criminal Probe Against Tesla’s Self-Driving Claims Is Really A Critique Of Level 2 Semi-Autonomy Entirely
NextThe Car From The Car: Cold StartNext