Happy Halloween, Autopians! We’ve looked at some scary cars on here before, and today, of course, will be no exception. So hold on tight, because with one of today’s cars there’s no going back, and with the other, there’s no going very quickly.

Seems the once-mighty Camry might be showing some cracks in its armor. I don’t think there is a bad choice between these two, but the Ford does feel like a whole lot more car for the money. But the Camry seller won’t have any trouble moving that one, I’m sure.

Speaking of moving cars, today’s choices are somewhat challenged in that department. If you were to find yourself in a horror movie and had to get away from the monster chasing you, and these were your only escape options, well… It’s been nice knowing you. Let’s take a look. You can cover your eyes and peek through your fingers if you need to. 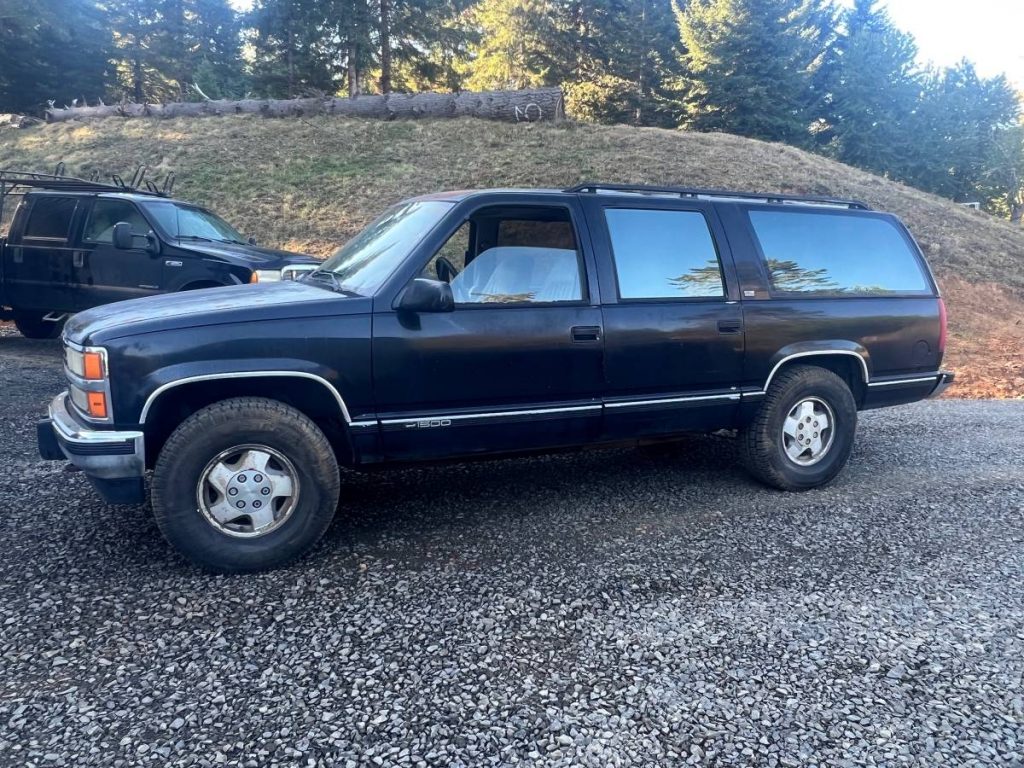 Runs/drives? Yes, but reverse is out

I think I’ve spoken before about my fondness for the Chevy Suburban. These big friendly beasts of burden are just good at everything… except maybe parallel parking and conserving fuel. And with the GMT400 generation, the Suburban really came into its own as a comfy people- and stuff-hauler. Add four-wheel-drive, and you have a great way to explore the wide-open spaces. 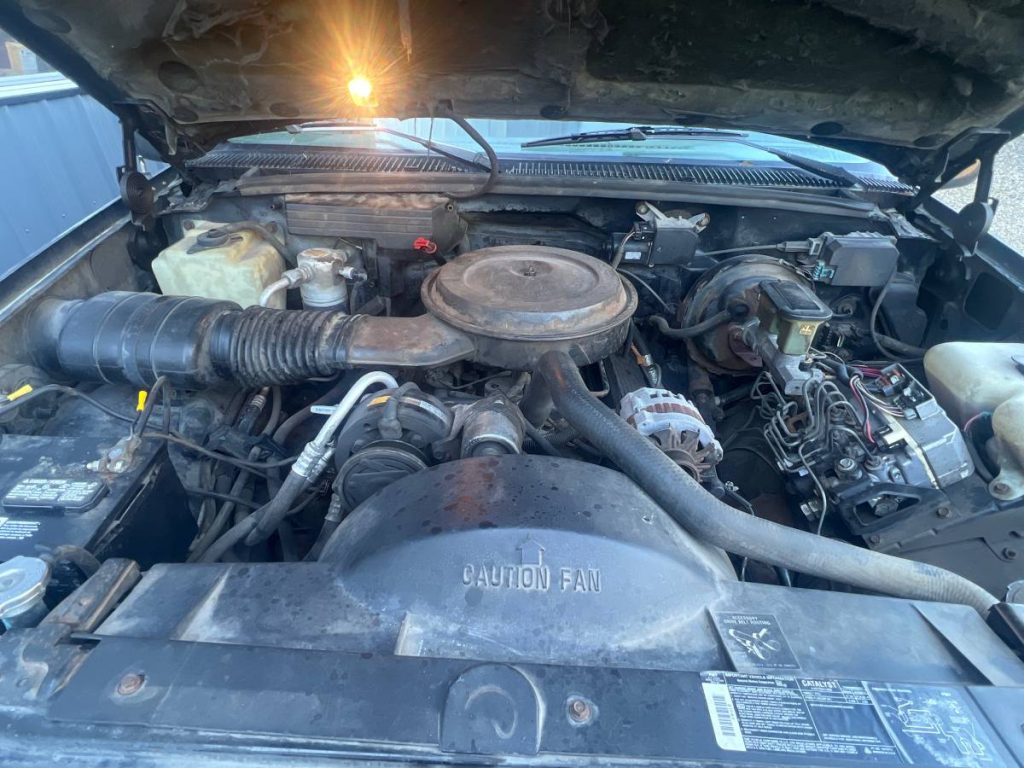 In this case, however, better leave yourself enough wide-open space to execute a mother of a U-turn, because the 4L60 automatic transmission in this Suburban won’t go into reverse. The seller says it drives fine otherwise, with a basic throttle-body fuel-injected 350 V8 supplying the power. It also has brand new tires on it, so apparently the seller thought it was worth that effort. 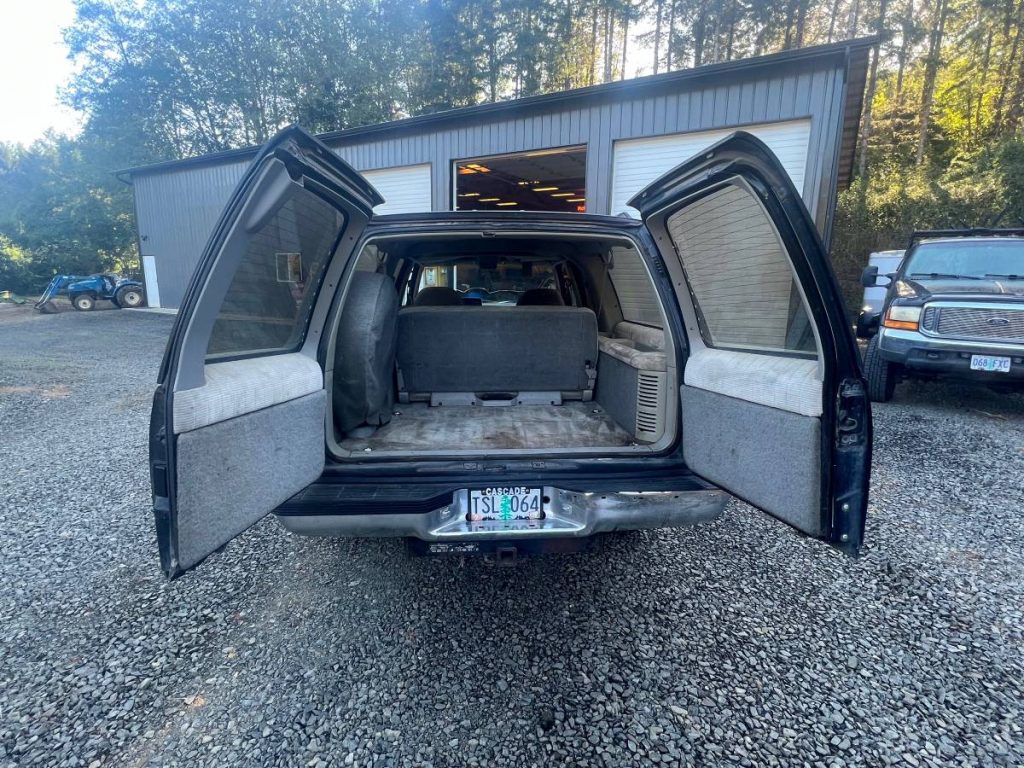 This Suburban has the “barn doors” in the back, which I still think is the way to go. This one doesn’t appear to have a third row of seats, so don’t plan on bringing more than four friends along. The outside is scruffy and faded, but only has a little rust, and no obvious damage. 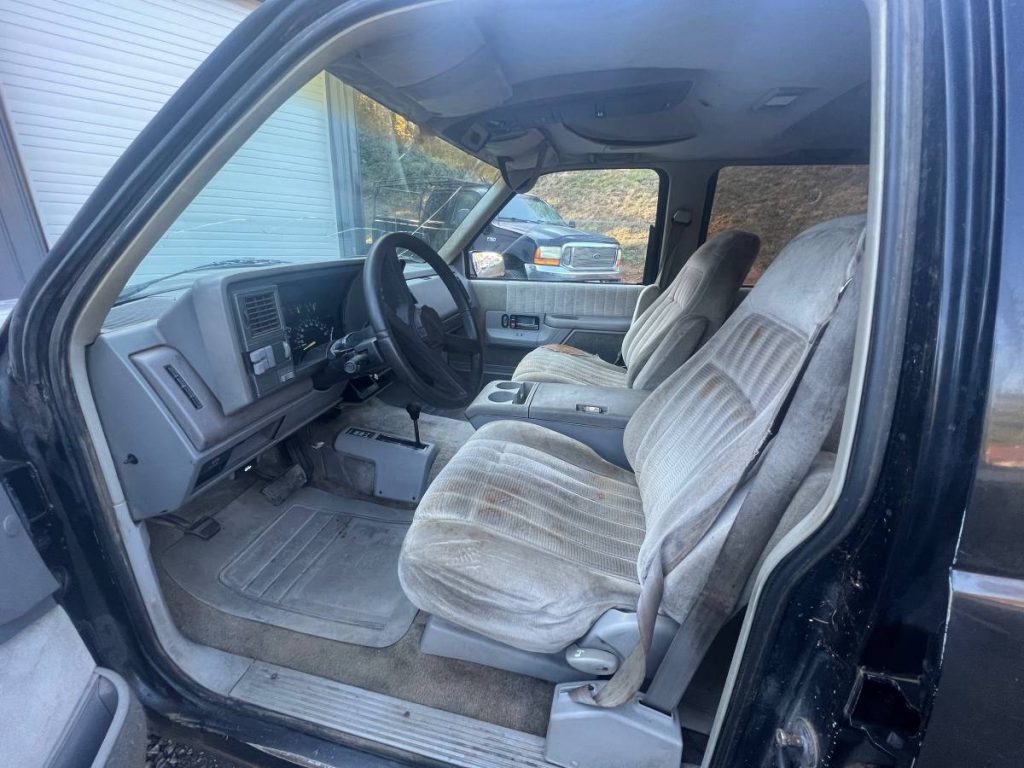 The inside is no prize either, with saggy seats and stained upholstery. And it looks like someone attacked the headliner; Michael Myers maybe, or Freddy Krueger. There is also a large crack in the windshield, bad enough that it should probably be replaced. But cosmetic damage at a quarter million miles is no big deal; the sketchy transmission, on the other hand, gives me pause. 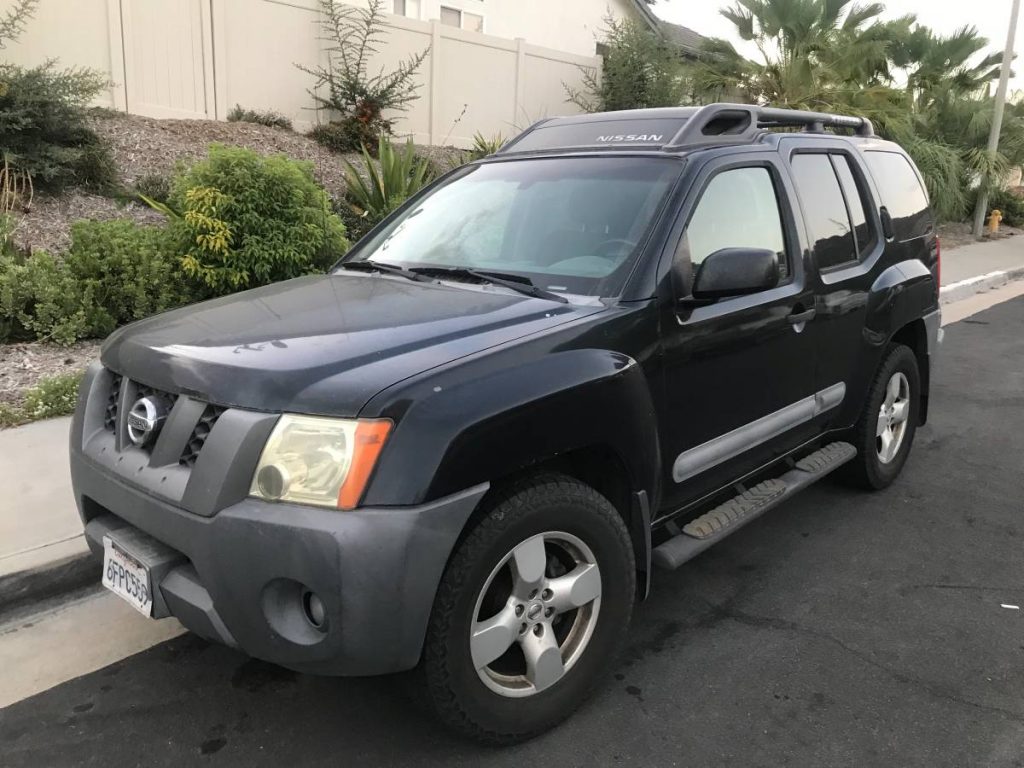 Runs/drives? Yes, but no first gear

“Everything you need; nothing you don’t” was Nissan’s advertising tagline for the Xterra. After the Pathfinder moved to a unibody design for its second generation, and became more of a comfy family cruiser than an off-road machine, the Xterra took its place as Nissan’s body-on-frame SUV offering, sharing its underpinnings with the Frontier pickup. 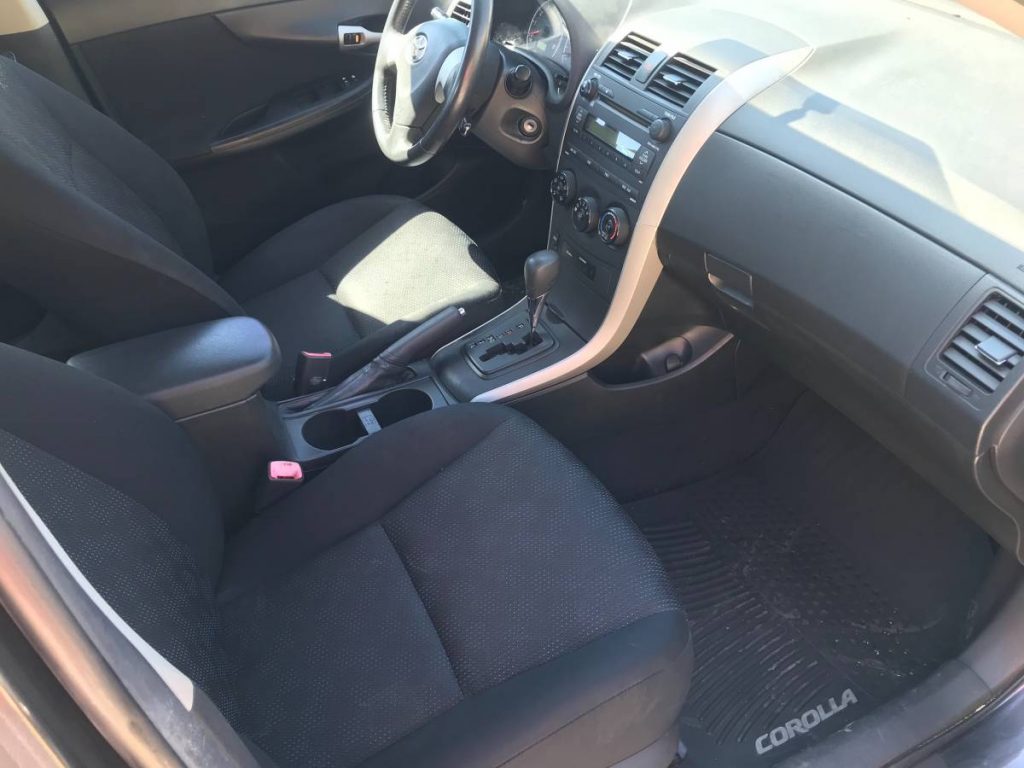 For its second generation, the Xterra got bigger, tougher, and thirstier, with a four-liter version of Nissan’s VQ series V6. In this case it’s backed by a 5 speed automatic, sending power only to the rear wheels. This particular automatic seems to be stuck starting out in second gear instead of first. I don’t know if this is some form of “limp mode” for Nissan, or what, but the seller says it drives fine on the highway, but accelerates sluggishly. I bet the already-bad fuel economy is even worse now, as well. 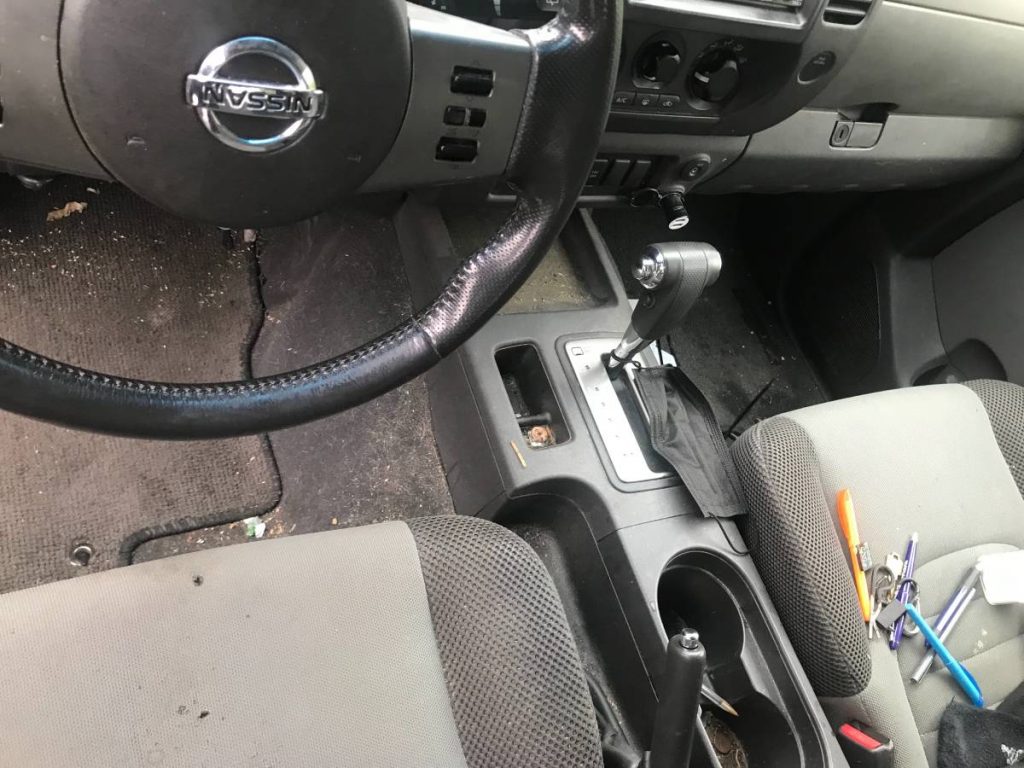 Cosmetically, this Xterra is filthy, but in reasonably good condition. The seller says everything works inside, including the air conditioning. But come on – would it have killed you to clean the junk off the seat and vacuum the thing before putting it up for sale? 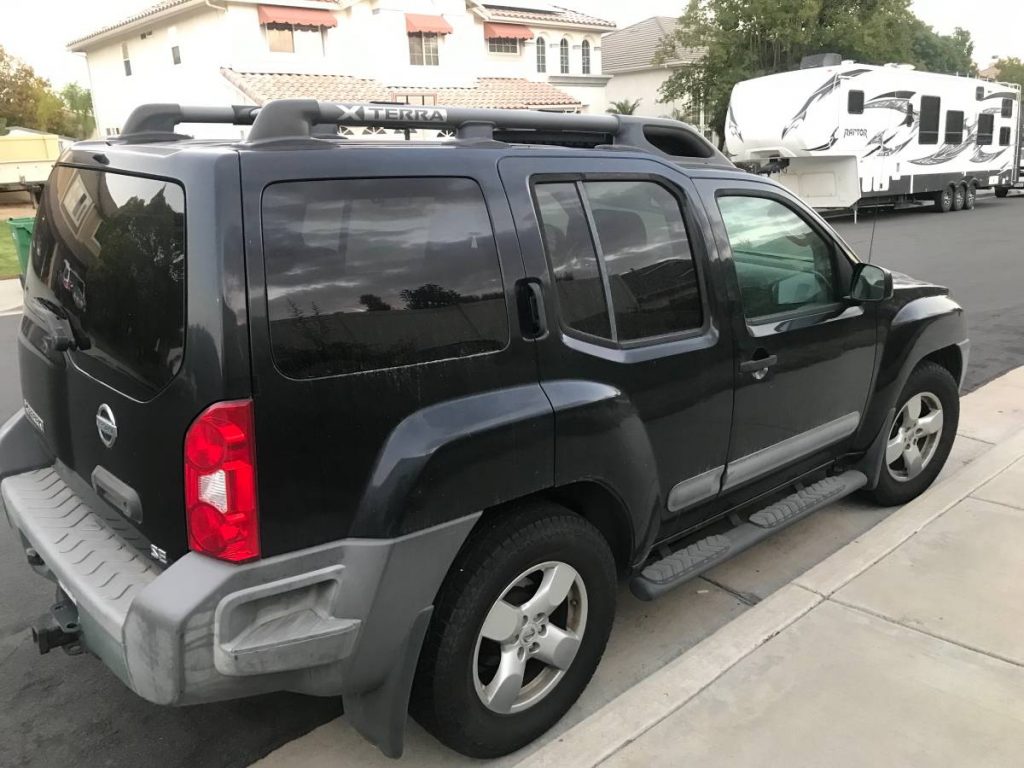 I’ll admit, I always liked the Xterra’s tough-guy looks. The fat fenders, kicked-up roofline, and blocky shape make it look ready for anything. I know that’s the idea, and I’m falling for sneaky designer tricks, but I can’t help it. I like these things. But make mine a manual.

So that’s our Halloween edition of Shitbox Showdown. Two black SUVs, both with transmissions infested by demons. Time for you to choose the lesser of two evils.