Good morning! Well, here we are at the end of another week, which means it’s time to throw off the shackles of our $2500 price cap and spend some more theoretical money. But first, let’s see how you decided to blow five hundred imaginary bucks:

As expected. That Spitfire is a hell of a deal – if it’s on the up-and-up. I think we need to enlist S.W.Gossin to go check it out for us and report back.

Now then: We spend a lot of time trying to make silk purses out of sow’s ears on this column, stressing the good parts of $2500 cars and glossing over the bad. But the fact is that $2500 ain’t what it used to be; not too many years ago you could get quite a decent car for that money. But since the used car market has gone completely insane, you have to spend about twice that much for the same level of cars.

So today, I decided to find two good everyday cars for around five grand or so. I stuck to four-door sedans with manual transmissions, because I like them. So let’s take a look and see what double our normal price can get you. 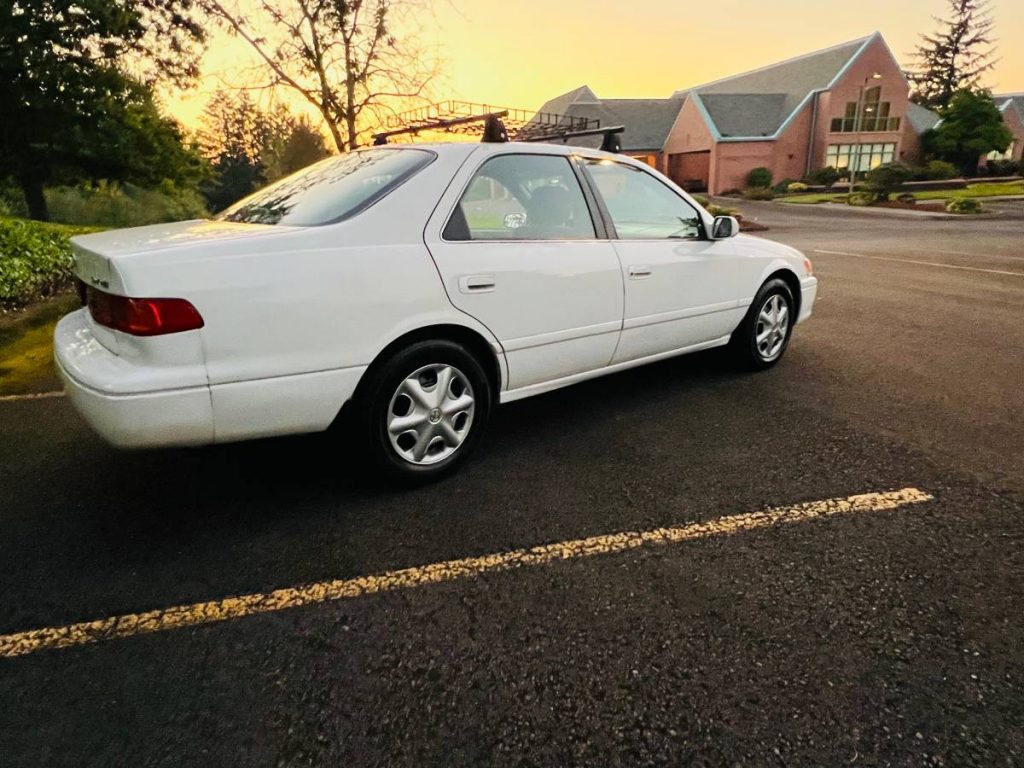 The Toyota Camry has been the “default midsize sedan” for decades. It’s easy to dismiss them as boring appliances, and to a large extent that’s true, but they are boring appliances because they are so competent. There’s nothing cool or sexy about a washing machine or a refrigerator either, but if they get your clothes clean and keep your food cold without any fuss or trouble, then they are good appliances. A Camry gets you where you need to go without any fuss or trouble. 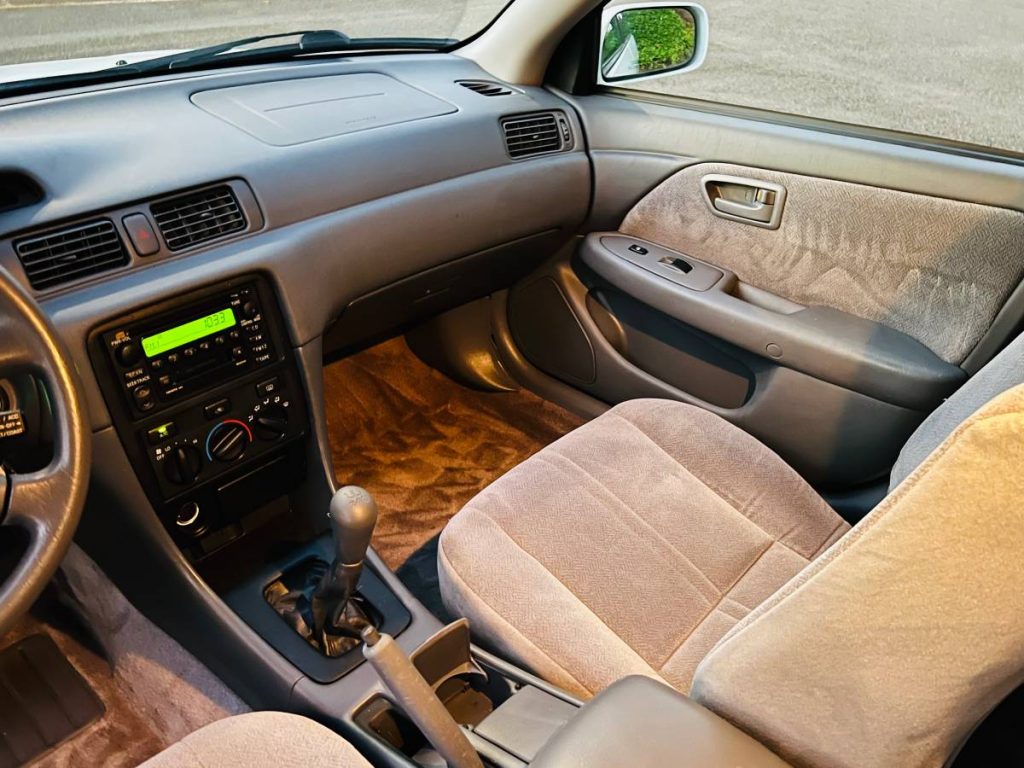 Up until a few years ago, the Camry’s option list held a secret: an available manual transmission. The addition of a clutch pedal doesn’t magically transform it into a sports sedan, but it does at least keep you engaged in the driving process. And as with all manuals, it improves the Camry’s already stellar reliability and durability. 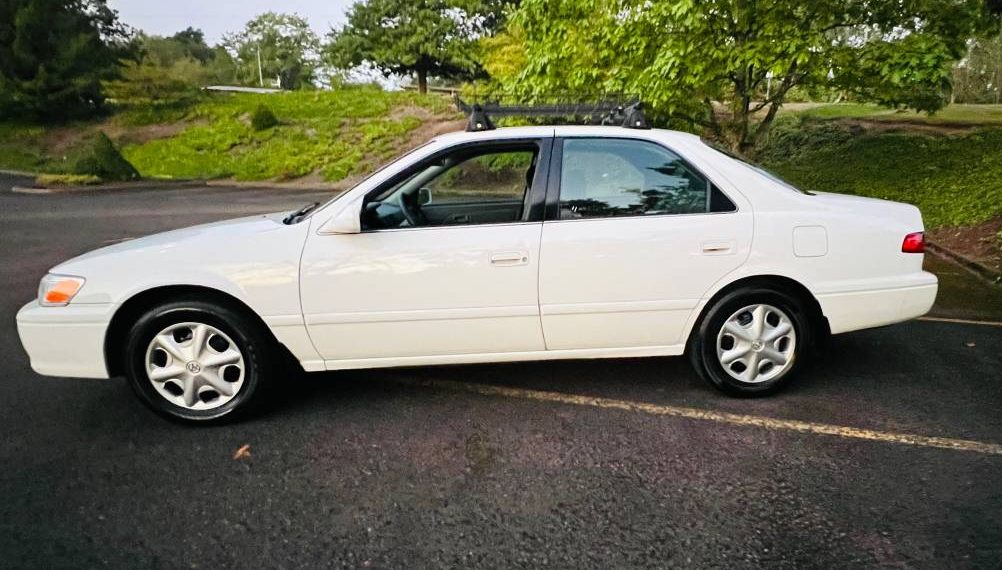 This Camry, sadly, is the same color as most appliances. But at least it isn’t that hideous gold-beige that so many of them are. It’s a basic LE model, with a 2.2 liter four cylinder, as well as all the typical power stuff, air conditioning – everything you would want for everday use. It’s nothing fancy, but honestly, for day-to-day use, fancy is overrated. You want nice, but not flashy; comfortable, but not complicated. 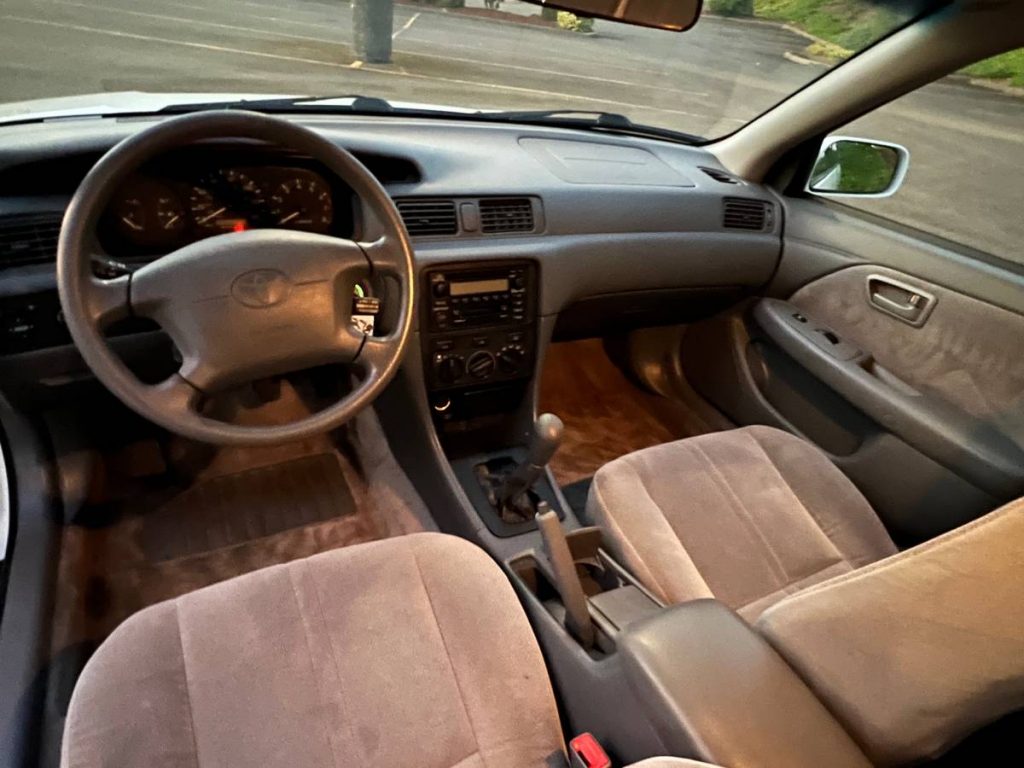 With only 143,000 miles on the clock, this car is halfway through its useful life or less. It’s clean and well-kept, and has been owned by the same person since new, so they should be able to tell you the whole history of it. That’s worth a lot with a used car; too often used cars get passed around like a bottle of Jaegermeister at a high-school party, and you have no idea how they got where they are. Knowing a car’s history gives you a good baseline to start from. 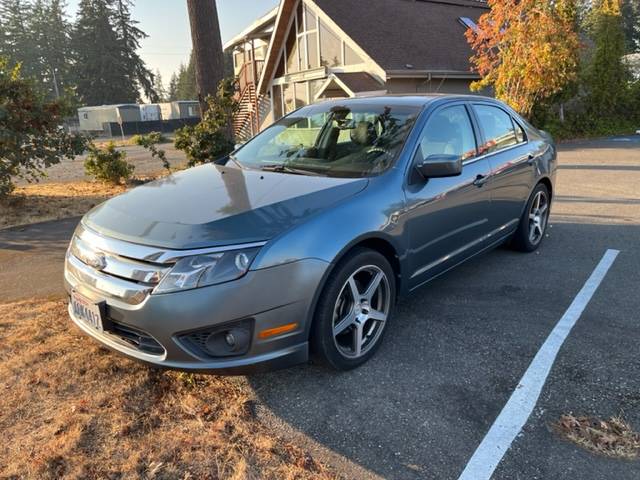 Ford’s Fusion mid-size sedan, sadly, was killed off after the 2020 model year. Which is a shame, because it’s a really nice car, and has a generally good reputation. Most of the complaints I read about it involved the automatic transmission, and that’s an easy enough problem to solve. 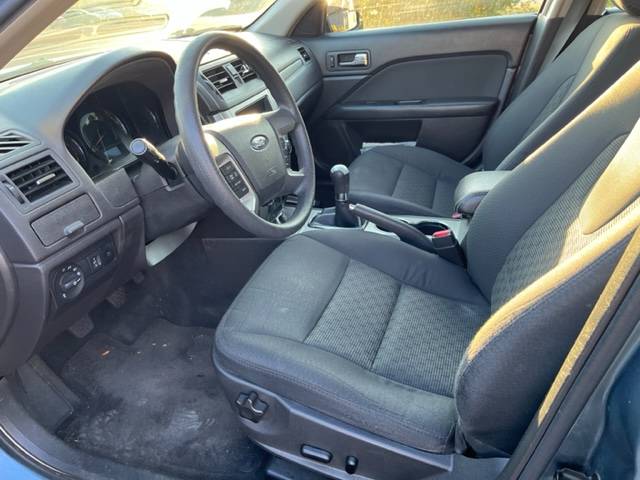 Four-cylinder Fusions were available with a manual transmission, and in this 2011 model, that means six forward speeds. This plurality of gears are spun by Ford’s 2.5 liter Duratec engine, which is actually a Mazda engine with a Ford oval on the valve cover. This engine has a good reputation for reliability. It’s not massively powerful, but it does just fine in a car this size with a stick. 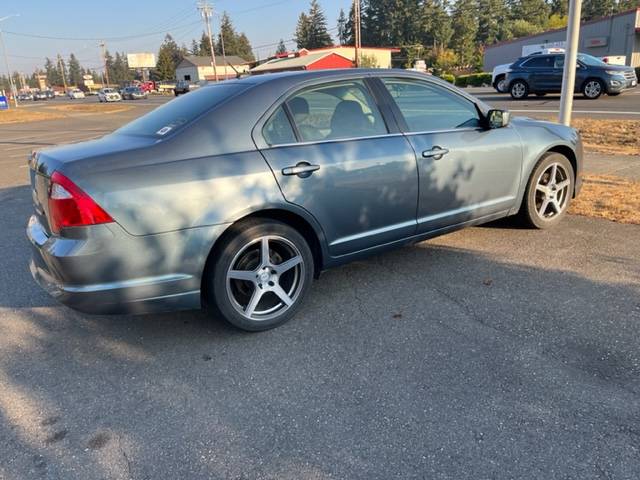 This Fusion is in nice shape, showing 157,000 miles on the clock. The seller raves about its driving experience, using the word “superb” more than once in a paragraph-long listing. It has eighteen-inch aftermarket wheels with good tires, and the maintenance has been kept up (they say). It looks like a pretty good deal to me, and I bet you could talk them down a bit from the $5,700 asking price, even. 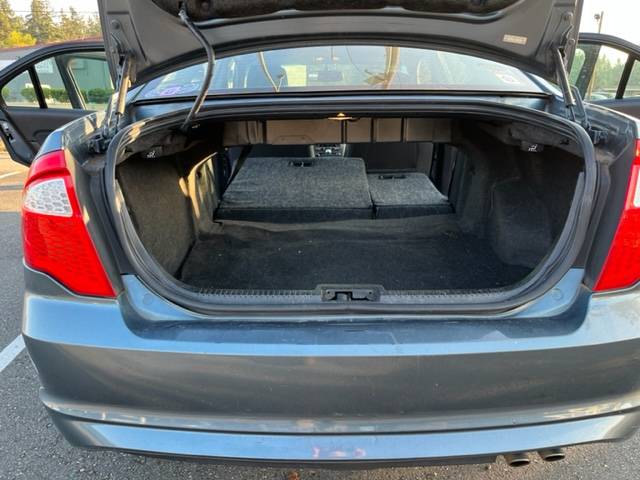 And about that whole discontinuing-sedans-in-favor-of-crossovers thing? Look at this trunk. It’s huge, even before you fold the seats down, which allows for longer items to fit.

So it looks to me like $5,000 is a good range in which to find a pretty nice car, especially if you’re willing to (or prefer to) drive a manual. We’ll stick to half that amount for our daily choices for now, but it is nice to see what spending a bit more can get you: a nice Toyota, or a Ford half its age, both with about the same miles. Either one would make a good daily driver; which one is for you?