Good morning! Today we’re going to really scrape the bottom of the used-car barrel, and look at a pair of projects offered for five crisp Benjamins each.

But before we get to that, let’s see how yesterday ended up:

And the green Manta takes a comfortable win. Honestly, I don’t think there is a bad choice between these two; it comes down to preference. I might be tempted to choose the Renault just for the rear-engined novelty, but I’d happily wrench on either.

One of today’s picks comes to us courtesy of my pen-pal and fellow contributor Stephen Walter Gossin. He found a viable-looking Triumph Spitfire being offered at only $500, a price that used to be a sort of default “get this thing out of my garage” price. I was curious to see if I could find another likely-looking project on this side of the country for the same money. Pickings were slim, but I did find a few, and chose the one most interesting to me.

So here they are: Two project cars, one on the east coast and one on the west, for only $500 each. Let’s take a look at them. 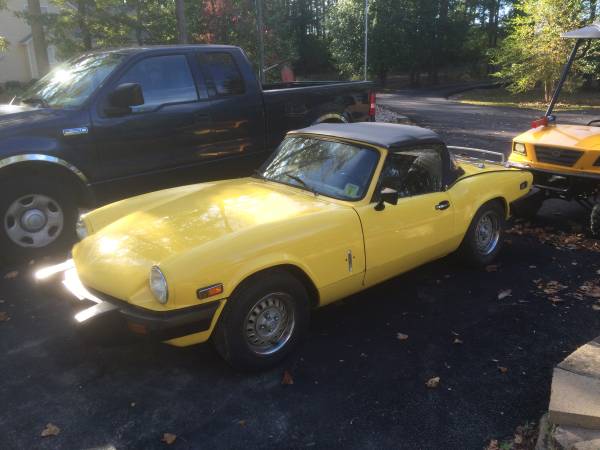 “So when are you picking it up?” I asked S.W. when he showed me the listing for this little yellow Triumph. I was only half-kidding. Spitfires are fun little cars, easy to work on, and if this one is as clean as it looks in the two small photos in the ad, it’s the steal of the decade.

But only if it’s complete and broadly functional. It’s a simple car, and parts aren’t hard to come by, but those Moss Motors invoices can add up quickly, if you don’t watch it. Trust me; I know. 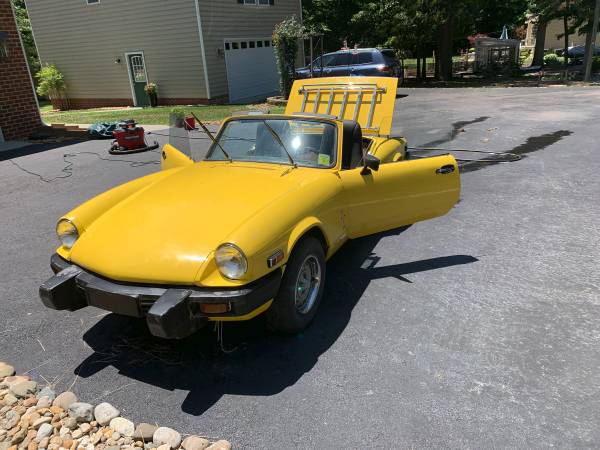 The ad doesn’t give us much to go on, either. The seller says it is “partially restored,” whatever that means. It looks rust-free in the photos, and that yellow is an original color, but there’s no way to know if the paint is original without looking at the car in person, and with a magnet. It could be 80% Bondo by weight and still shine up nicely, with a fresh coat of paint.

The seller does note some deterioration of some vinyl parts in the interior, but again, we’d have to see it in person to see how bad it is. And I really wish there was at least one photo of the engine, so we could see what we’re dealing with. It’s a basic 1500cc pushrod four, with one Zenith-Stromberg carb feeding it in 1980, and a tangle of smog controls. Of course, you can ditch all that and install twin SU carbs, like a proper British sports car should have, but only if you don’t need to pass an emissions test with it. 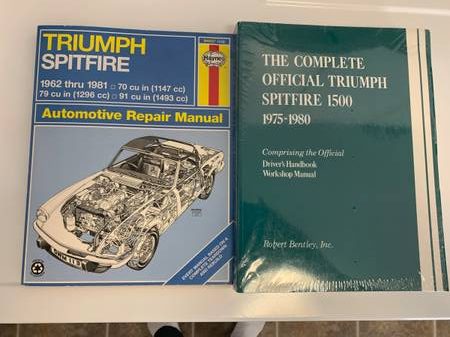 Fortunately, it includes the most important bit of any classic sports car project – the repair manuals. Both the classic Haynes manual and a still-shrink-wrapped Robert Bentley manual are included, and both will serve the new owner well. These two books, in my experience, fill in each other’s holes when it comes to repair and service. Use the Haynes book for troubleshooting, and the Bentley book for the exact repair procedures. 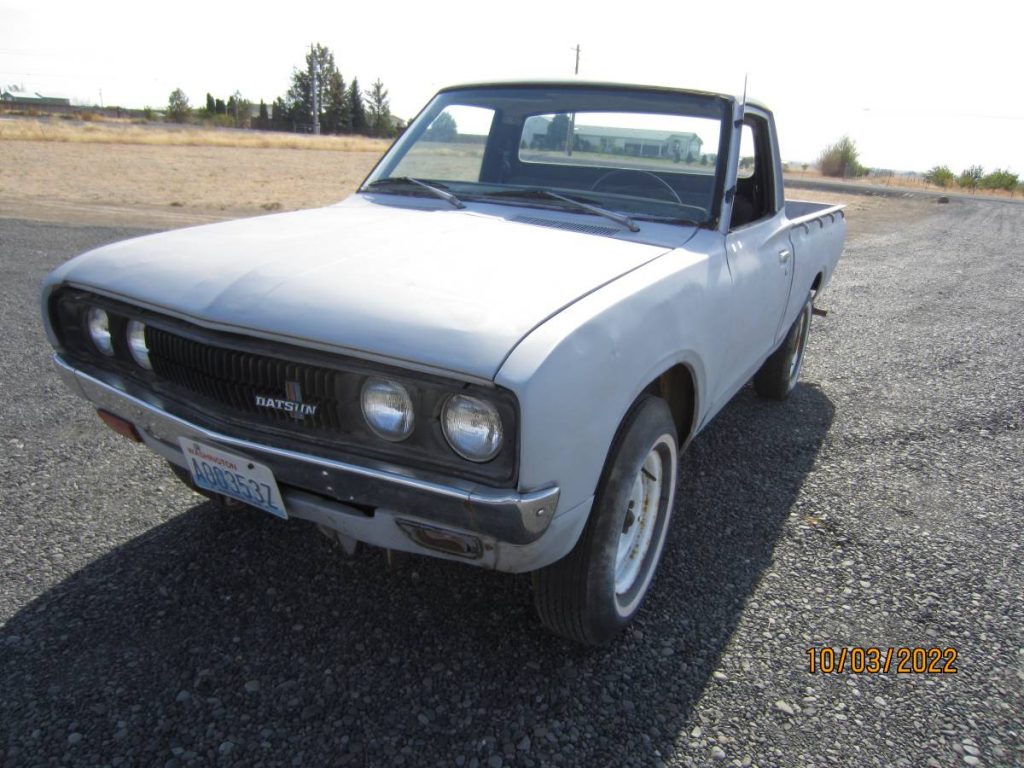 Runs/drives? Will start, but not drivable

Over on this end of the country, the best-looking $500 project I could find is this Datsun pickup. Hey, it’s kinda similar: two-seater, with a small inline four and a manual transmission driving the rear wheels. It’s practically a small sports car itself! 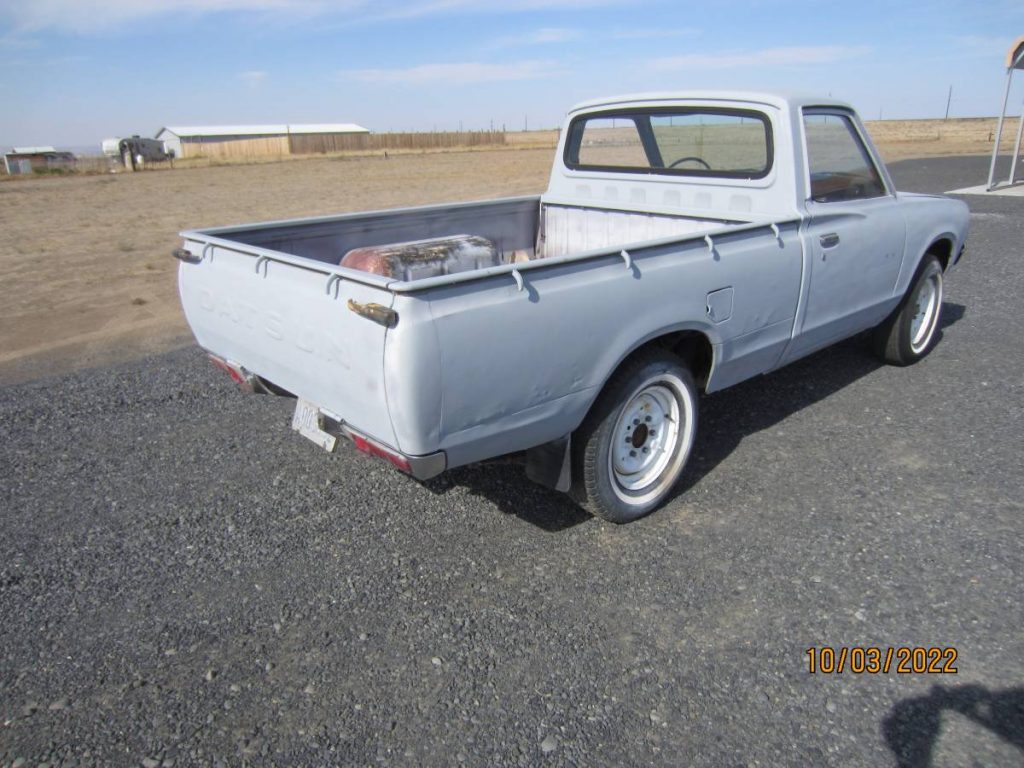 OK, maybe not. But you can haul a lot more stuff in it than the Spitfire.

This is the final year of the 620 series Datsun truck, before the more squared-off 720 took over. It uses Nissan’s L-series overhead cam engine, here with four cylinders and two liters of displacement. It’s a handsome little truck, and has been a popular choice with the mini-truck crowd since it was new. 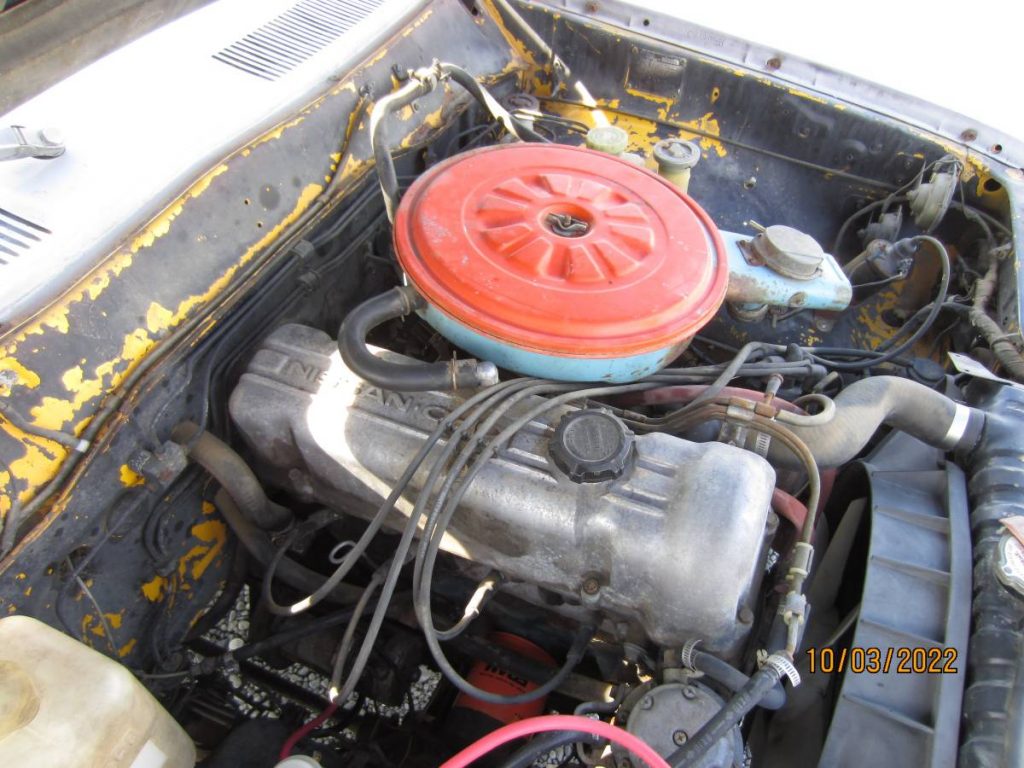 This 620 looks like it has been someone’s, or possibly several someones’s, project for a while. It’s in primer-gray, the universal color code for incomplete rust repair, but looks mercifully stock, right down to the two-spoke 1970s Chevy-looking steering wheel. It is rusty underneath, in the floors and sills, but it looks like it will hold together for a while longer. 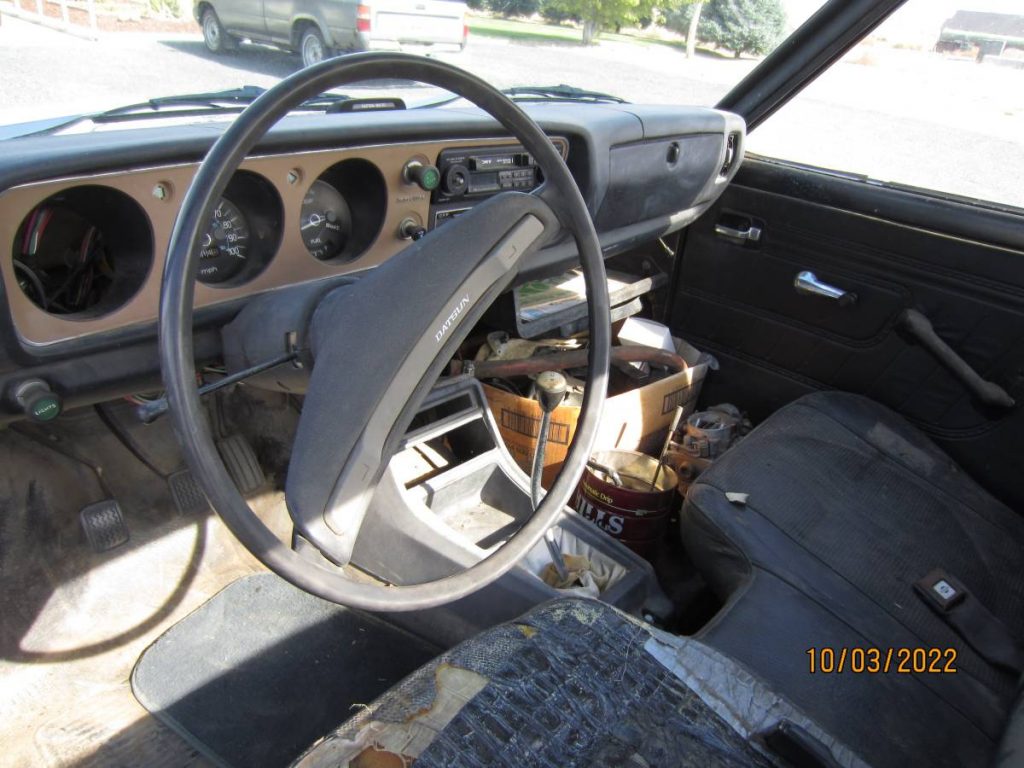 According to the seller, this truck starts and runs, but idles badly, and the rest of the vehicle isn’t ready for prime-time either. It hasn’t been on the road in 15 years, so some rubber parts will want replacing, not least of which the tires.

This thing is probably not worth doing the rust repair on, but some mechanical fixes to get it roadworthy again, while leaving it ratty-looking, could make it a good weekend yardwork tool. And these little trucks are fun to drive. Not as fun as a bona-fide British roadster, but still fun.

So that’s that. You’ve got $500 to spend and an empty garage spot to fill. Which one gets your money?