It’s Cyber Monday! If you told me that Cyber Monday would be A Thing one day way back in, say, 1989 or so, I’d have imagined something way cooler than a bunch of bored people sitting in offices and ordering stuff from e-catalogs on their computers. Cyber Monday should at least involve a bunch of robots chasing you or some sort of digitization beam that transfers you directly into a computer. Something like that. But, that’s not where history led us, so why fight it? It’s a day when people tend to buy holiday gifts online, so I’m going to use my expertise to give you a bunch of fun gift suggestions for car-related toys and games and whatever. Also: If you buy some of these, we, The Autopian, get a little bit of money kicked back. That’s right, this is a profit deal, I’m not gonna lie about it! Besides, there’s good stuff here! 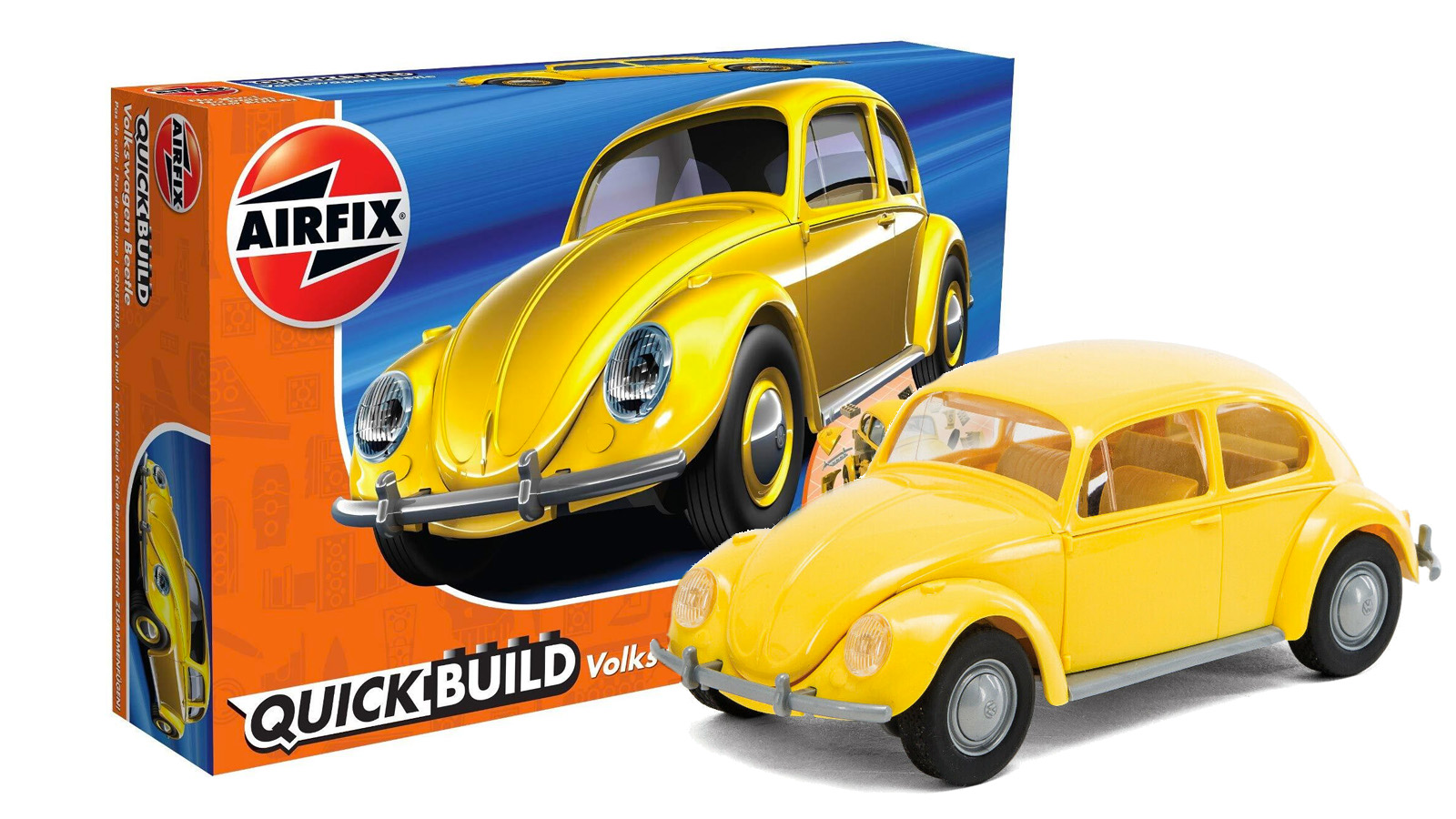 Our own social media golem, Peter, sent me one of these – the one you see here, in fact, the yellow Beetle – and I was really taken by how easy and fun this kit was. I put it together with my kid Otto (we’ll have a silly little video of it soon) and I was really impressed with the novel assembly method used. Really, it’s Lego-based! Ever since Lego’s fundamental patents for their interlocking brick system expired, there have been more and more Lego-compatible knockoffs, but this use of Lego Tech may be the best.

It doesn’t look Lego, but it’s in there. The end result is surprisingly good! These are fun, and there’s a good variety of kits available. 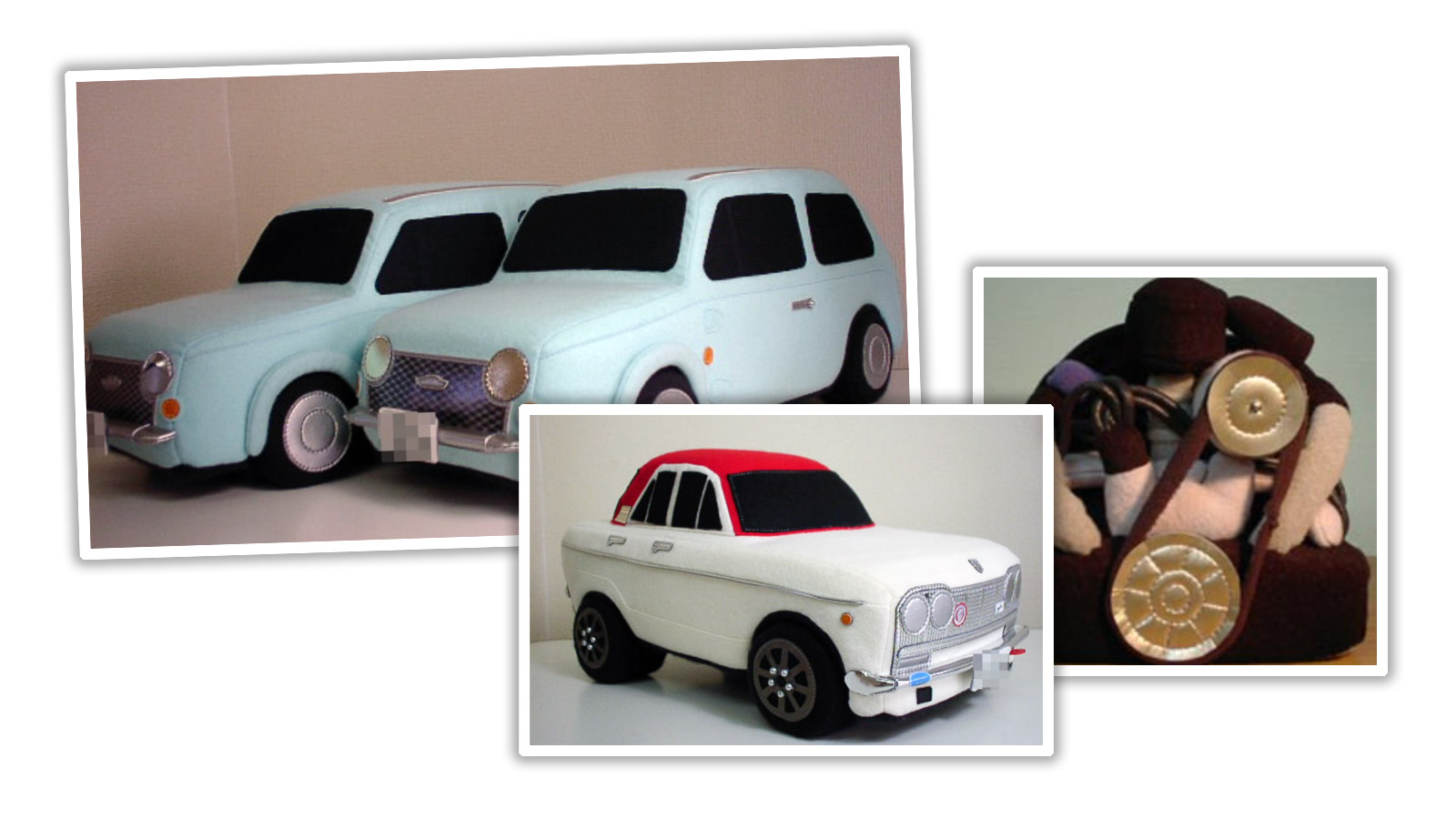 Okay, this one we don’t get any kickback from, but I’ve been shilling for Rocket Craft, a maker of plush cars, engines, trains, buses and whatever out of Japan for years of making lists like these just because I love the work they do so much. They make plush vehicles with a remarkable degree of detail and care, with a perfect eye for what parts or proportions should be exaggerated, which bits need the most detailed needlework, and so on. They’re charming and fun and like nothing else out there. 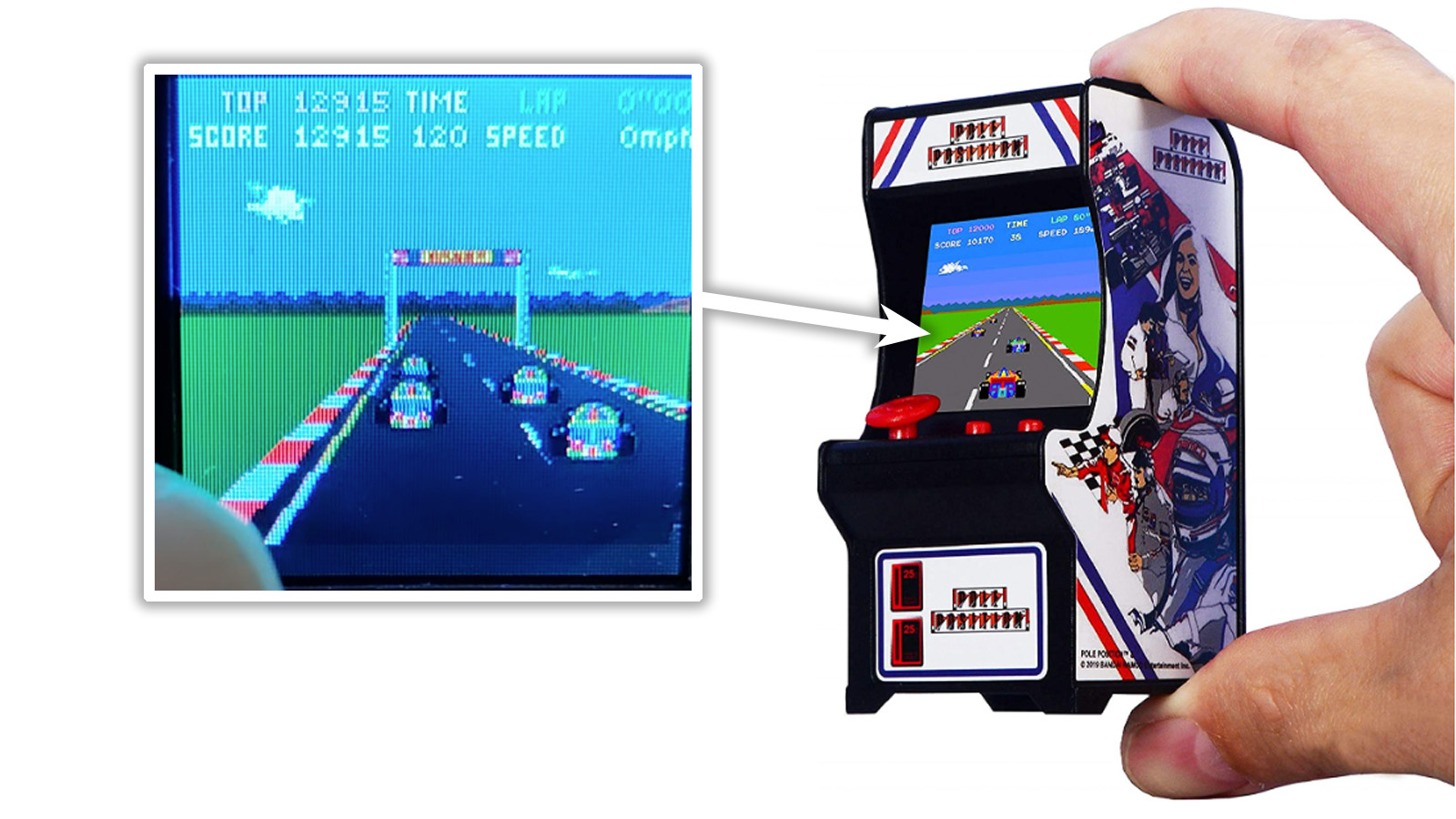 As someone who spent a lot of my youth being ditched in arcades for hours at a time while my parents did who knows what, I have to say that we live in an absolutely incomprehensible Golden Age of video games right now. And I’m not even talking about modern stuff like Xboxen or Stations of Play or anything like that; even the retro stuff is amazing now, like how an ’80s era arcade video game machine can be perfectly replicated by something I bet I could get my dog to swallow.

So, with that in mind, why deny yourself or a child you know the magic of playing the arcade first-person driving game classic Pole Position, but small enough to fit in your hand?

Have you seen these things? They have full-color LCD screens with nearly the same resolution and quality as their full-sized arcade inspirations. It’s bonkers. This one even has a steering wheel (well, it may be more like a wheel-shaped joystick, but still) and the gameplay is shockingly good. Here, look at a video:

What an age we live in.

Oh, also, these usually have multiple games in them, and if you open them up and play with some jumpers, you can access them all! Google it. I’ve done it with one of the Pac-Man ones. 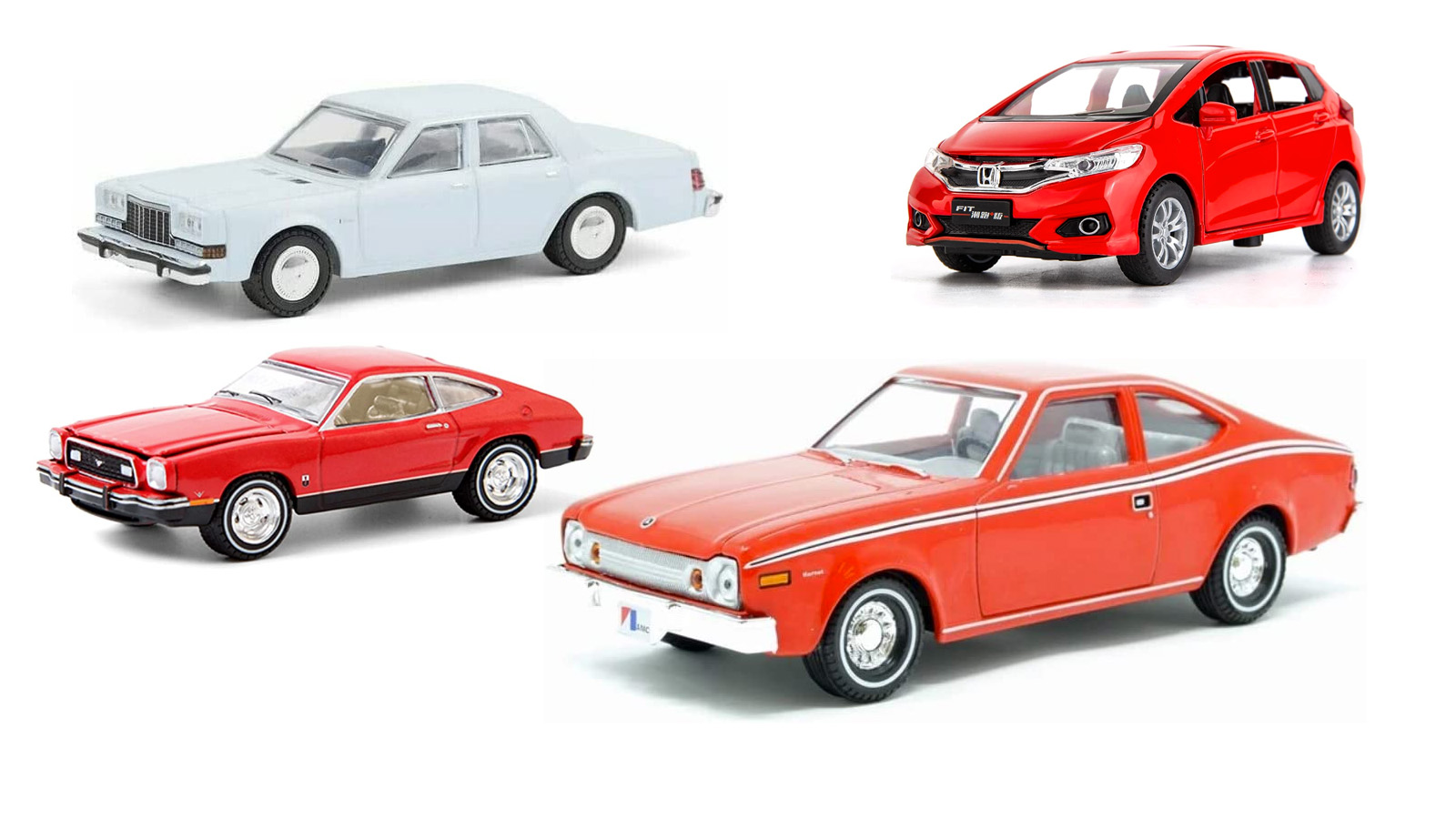 Why set the expectations of the children in your life to unrealistic standards? Don’t give these kids Lamborghinis and Bentley toys, leading them to think such excesses are actually attainable; help them to develop an appreciation for cars they have a chance in hell of actually owning, like maybe some old AMCs or a grocery-getter Honda or some other unloved crap/treasures. There’s many options out there! Explore and go nuts with mundanity!

Candylab Toy Cars, Especially The One I Helped Design! 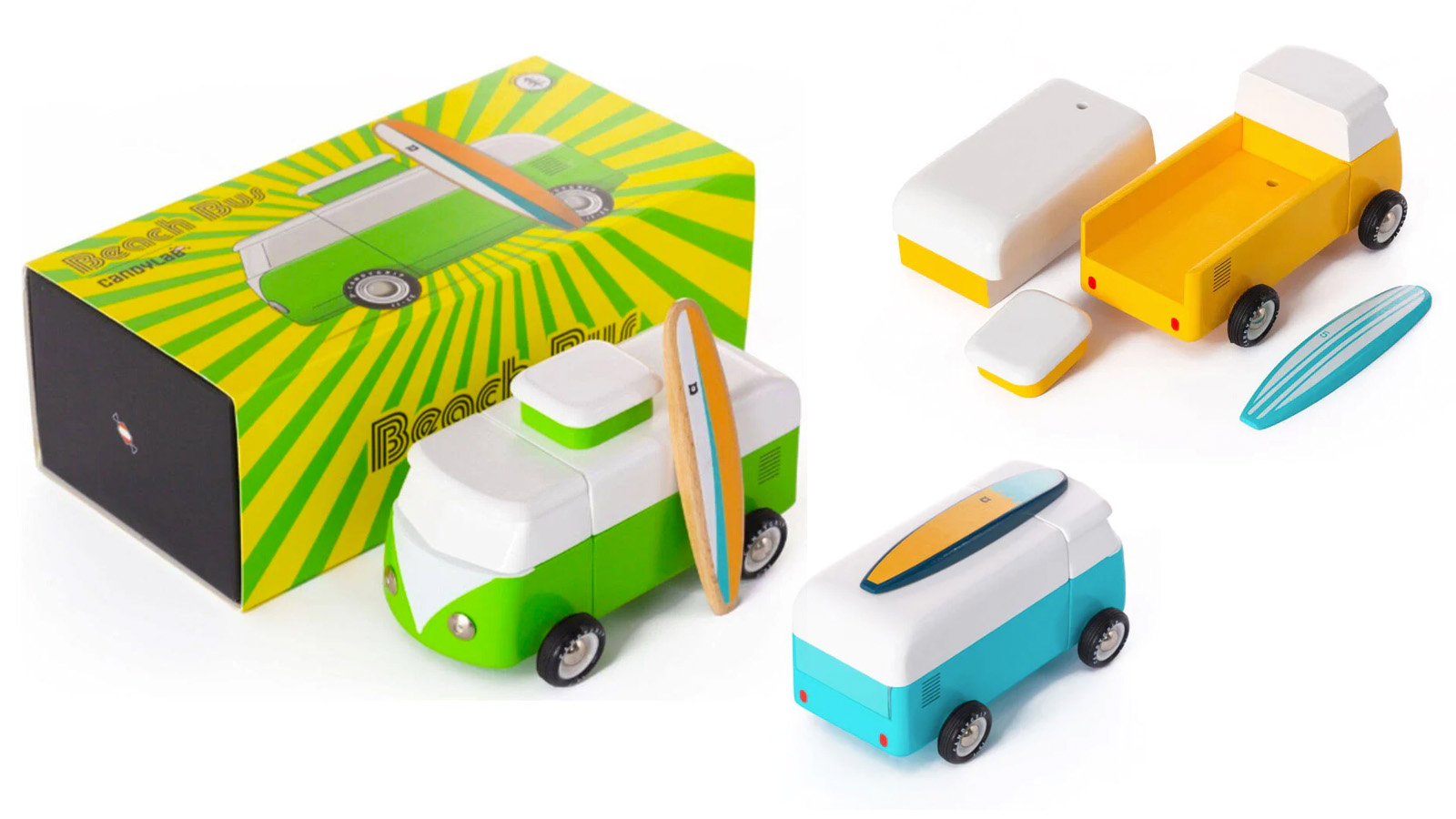 I’m not sure if anyone remembers, but last year I announced that a toy bus/van/truck I designed in cooperation with the amazing Candylab Toys was available! It was great! Unfortunately, VW kind of got all pissy so it’s not officially available at the moment, but I bet you can find it some places. If you look.

Of course, Candylab has many, many other options if you want to play it safe, and they’re all fantastic and have that minimalistic, charming aesthetic that’s their trademark.

Besides, there’s lots of buses that looked like that. VW is assuming a lot, I think. 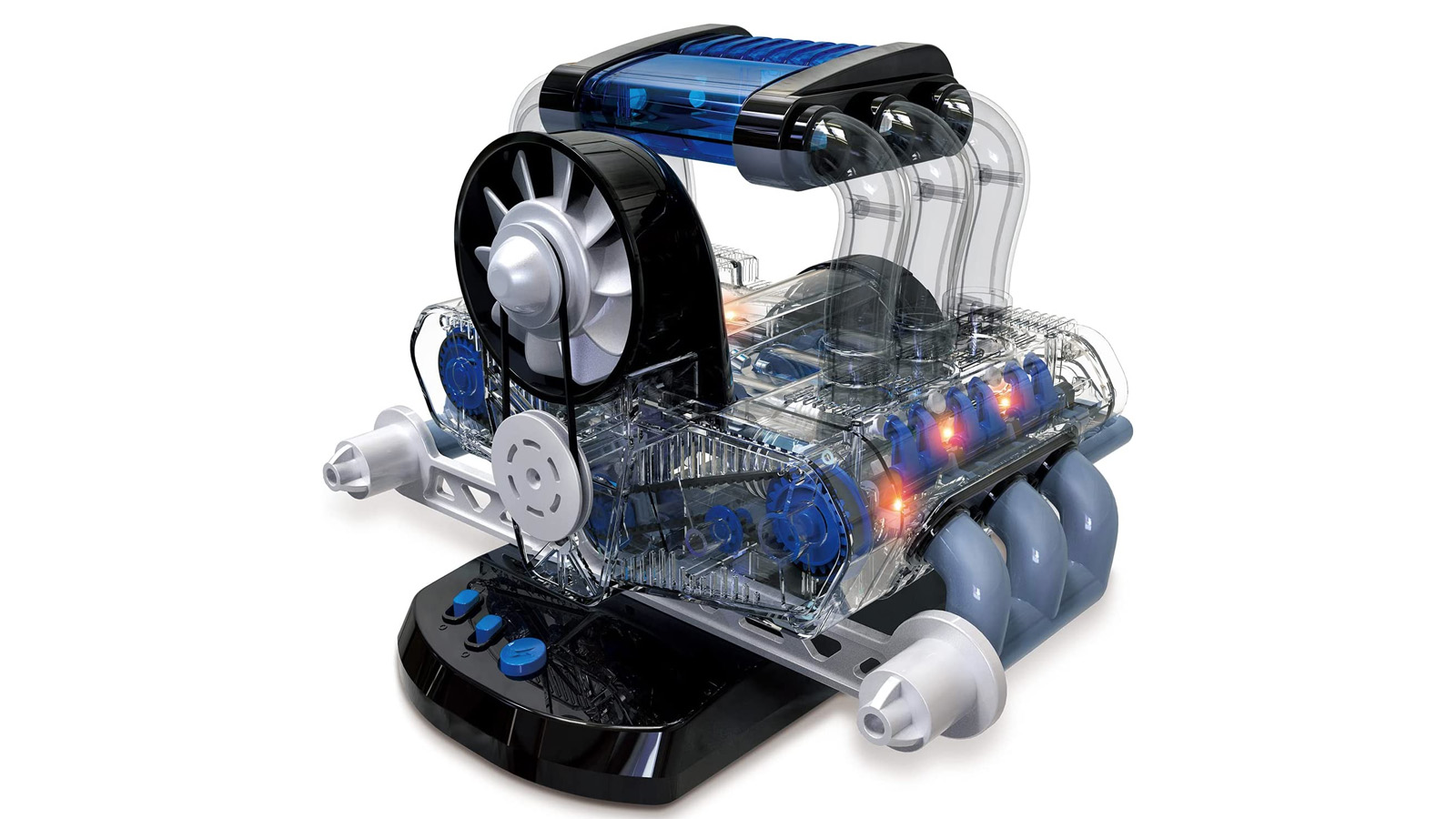 Who doesn’t like model car engines, especially ones that move? Jerks, that’s who. Miserable, sour-faced jerks. You don’t want the kids in your life to grow up to be like that, do you? Of course you don’t. That’s why you need to get them some top-notch model engine kits. Like this air-cooled Porsche-like flat-6. Or a classic V8. Or a workhorse inline-4! These could help you understand your car better, too, and are perfect to bring along with you to your mechanic as you try to convince them that replacing those bearings can’t cost that much. 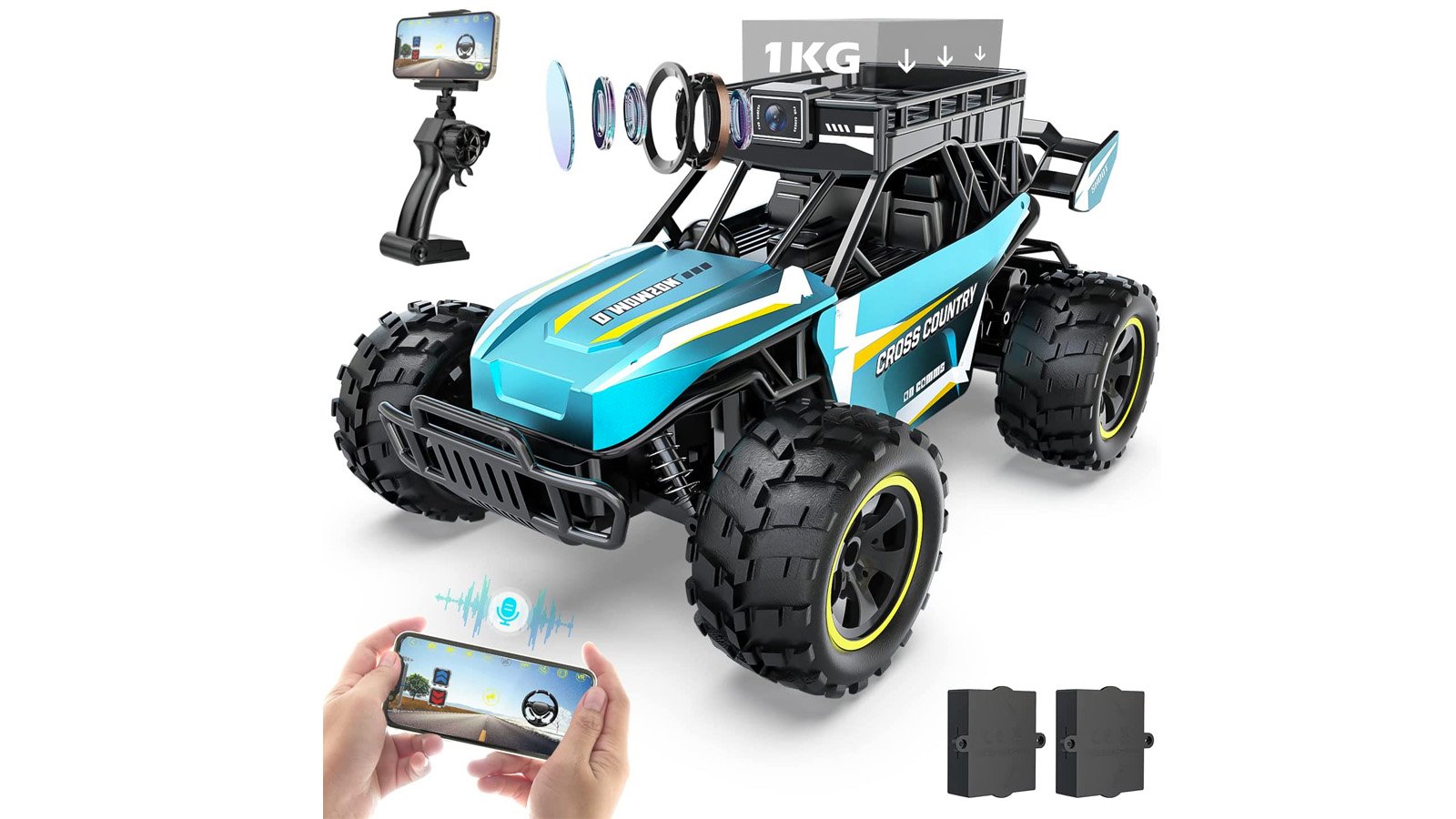 Did you know these were A Thing? Remote-control cars with cameras built into them, so when you drive them from your phone it feels like you’re inside the car? This one can even broadcast your voice and has a functional roof rack so you can use it to deliver snacks or drugs or small animals or whatever to your friends and family. Again, the world may be a mess, but the toys and crap that are available now, for pretty cheap, is just staggering.

This is a great time to be a kid who loves cars. Or a former kid. Point is, go nuts, and enjoy the bounty!

I'm a co-founder of the Autopian, the site you're on RIGHT NOW! I'm here to talk to you about taillights until you cry and beg me to stop, which I absolutely will not. Sorry. Hug? Also, David's friend.
Read All My Posts »
PrevPreviousMichigan Man Scores Incredible Junkyard Haul, Saves Thousands On Rare Porsche Parts
NextI Bought This Stately BMW E39 5 Series From Our Secret Designer For $1500 And It’s A Heck Of A DealNext