In my quest to bring you all only the most cutting-edge, extremely current automotive stories, I was doing some research by flipping through a 1968 issue of Popular Science while taking my bowels for a spin. In the issue, I saw a line drawing of a car I immediately recognized as an early Ford Maverick, but it was called a 1970 Falcon. I found this all very interesting because in some ways, this is the pre-internet version of a leak, and I know how much we all love those.

Here, I’ll show you the whole page I’m talking about: 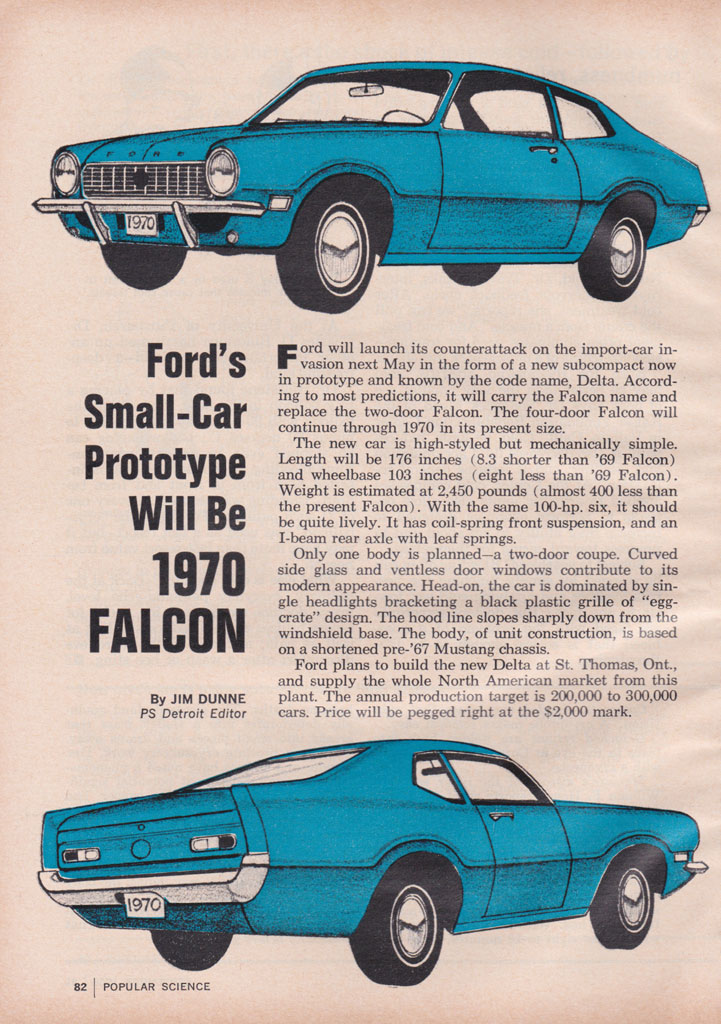 This little article is interesting for two main reasons: First, it gives a great peek into the environment that caused Ford to develop what became the Maverick at all, which had to do with increased competition from inexpensive imported cars, of which most were Volkswagen Beetles, but with new Japanese cars from Datsun and Toyota and Honda rapidly gaining popularity.

There’s also the fact that it was assumed that the Maverick would be badged as a Falcon, which at that time was Ford’s only real compact offering that could try to compete with all those Beetles and Datsuns. The Falcon was introduced first in 1960, and while it had some facelifts and was updated to the Fairlane platform, wasn’t expected to be able to meet new safety standards, and would have been known to be on its way out, which eventually came in 1970.

So, for PopSci to assume that this new car would take over from the current Falcon makes perfect sense, especially since it shared the inline-six engine with the Falcon.

What I think is even more interesting, though, is that drawing, because it is dead on to what the Maverick would look like. The Maverick was introduced about a year after this article, in 1969 as a 1970 model, and look how close it is to those drawings: 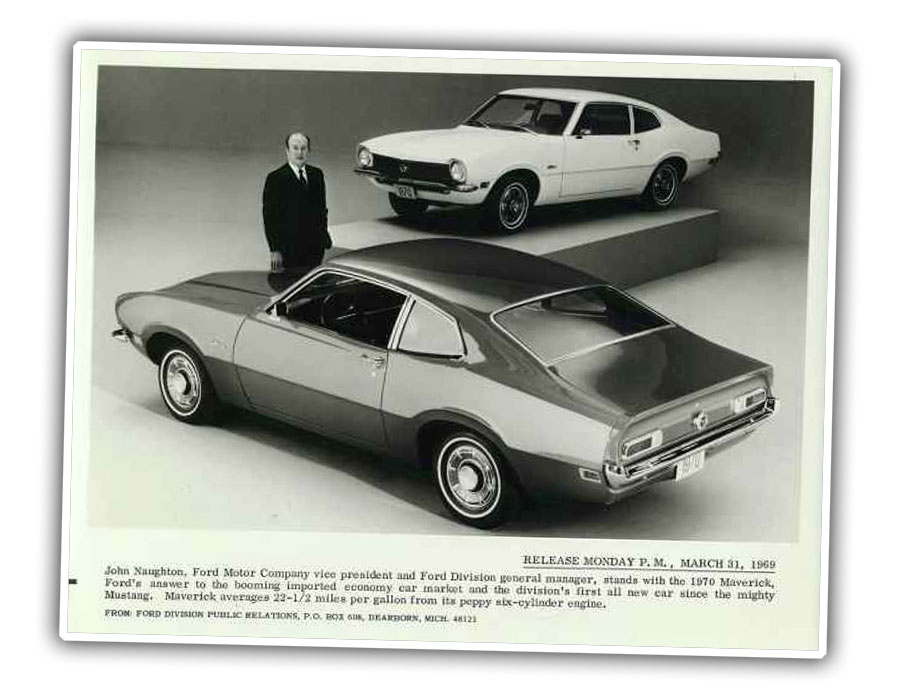 Now, not every single detail is perfect (taillights slightly different shape, same for the shape of the rear fascia, bit of grille width, etc.) but it’s really, really close. These drawings had to come from spy photographs, and I think it’s interesting that those photographs weren’t just run, but instead an artist was commissioned to draw a version of the car.

I think today we would consider this a leak, no question. It’s a look at the design of a car a solid year before it was actually released. Spy photography is by no means new, of course, and it would be expected that publications would be buying photos from spy photographers. It happened all the time, and, really, so did drawings like this one, showing the car.

Today, we still see probable renderings of cars before they come out, so this practice still continues. I just really liked this very clear example of this delightfully clandestine art.

While researching this a bit, I found some interesting photos of early styling concepts for the Maverick that show some of the development of the car, and made me appreciate it’s look a bit more. Here’s the one that seems to be the most direct predecessor to the final production design: 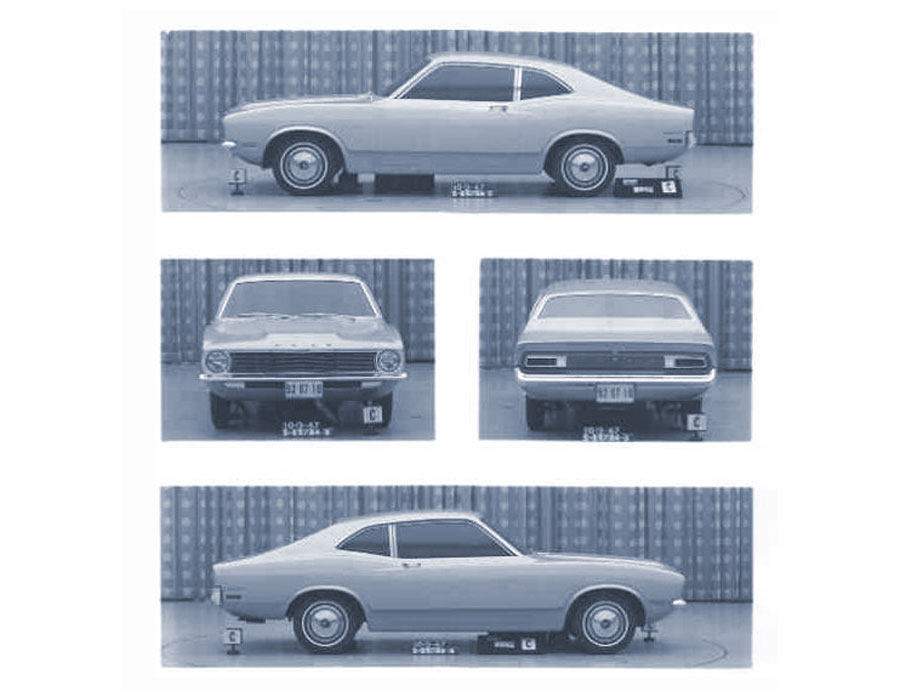 But then look at this other one, which has a front end that appears to be directly inspired by Ford of Britain’s Escort, with its dogbone-shaped grille: 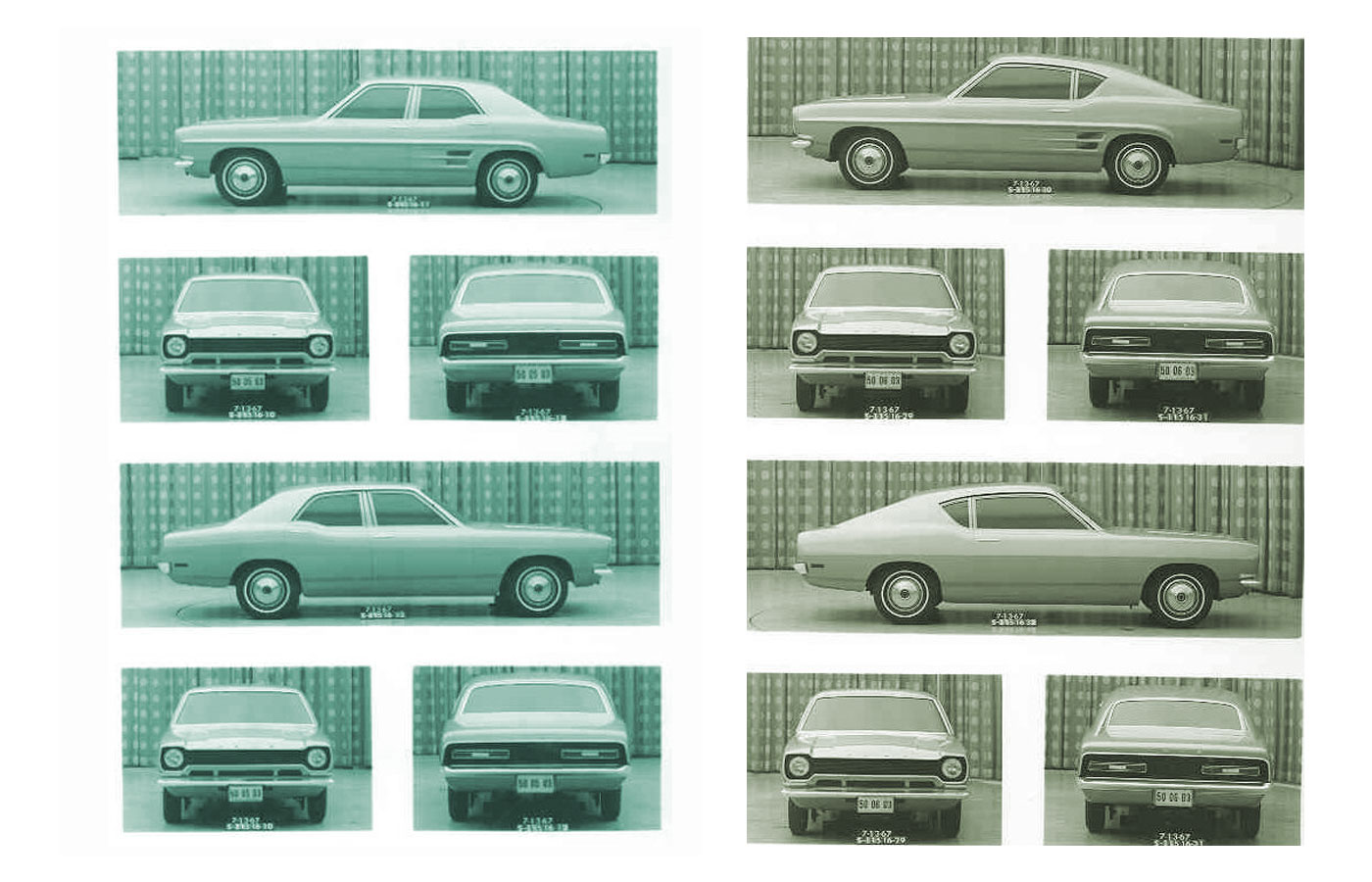 Those side vents and character line that wraps over the rear wheelarch also remind me of the Ford of Europe Capri, too.

And this one seems like part Pinto, part Vega: 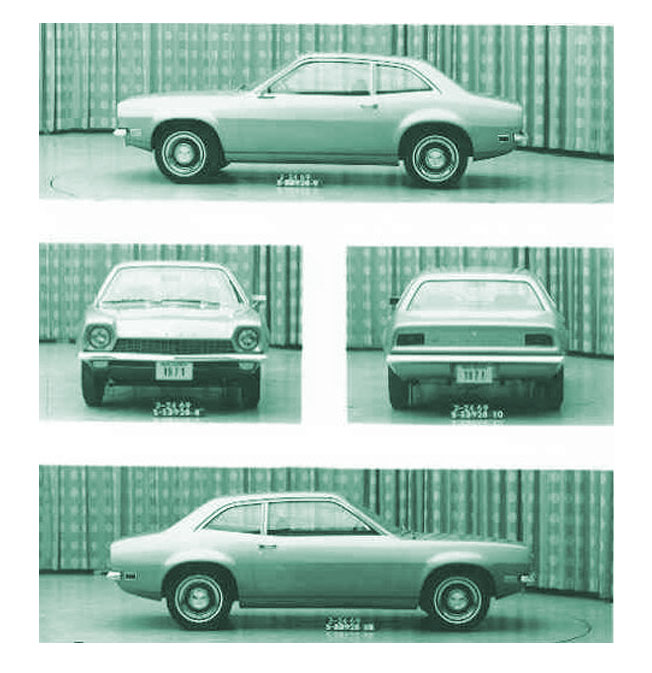 I wonder if maybe this one is a Pinto design study, as it seems to have a smaller wheelbase than the others. Well, I’ll leave it in anyway, because it’s interesting.

I was also interested to see just how directly the Maverick was positioned against the Beetle and other imports, including the use of some, to our modern sensibilities, at least, strange, mildly xenophobic tropes like referencing “foreign intrigue,” as though buying a car made in another country somehow suggested you could be involved with, I don’t know, spy shit: 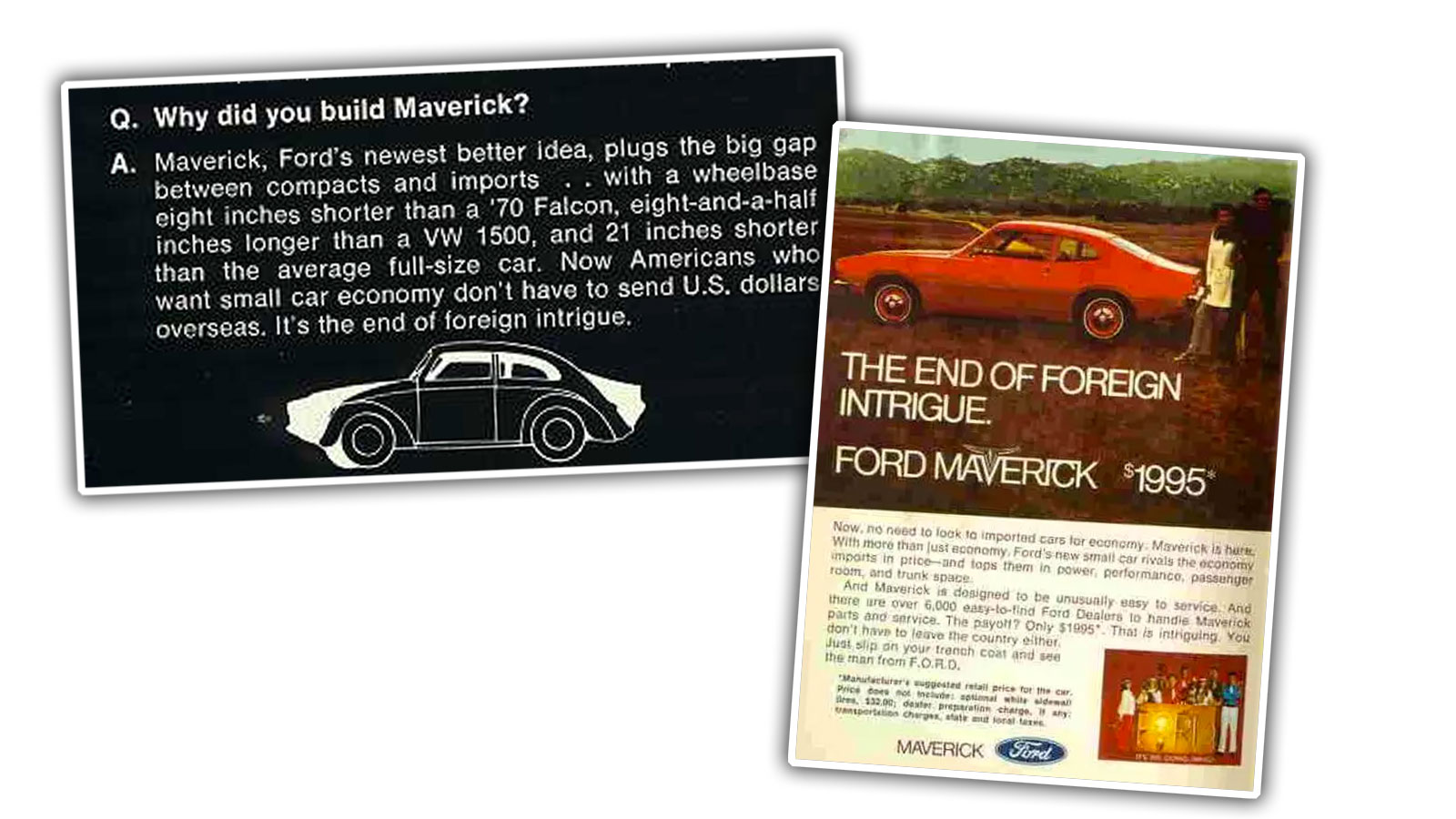 Anyway, way to get the scoop, staff of 1968 Popular Science! That’s how you make your readers happy!

I'm a co-founder of the Autopian, the site you're on RIGHT NOW! I'm here to talk to you about taillights until you cry and beg me to stop, which I absolutely will not. Sorry. Hug? Also, David's friend.
Read All My Posts »
PrevPreviousAutonomous Robotic Boats Are Being Tested In Amsterdam And Are Clever As Hell
NextHere’s A Firsthand Look At The Glitz And Spectacle And Bonkers Cars Of The Gumball 3000Next