Most of our current discussions about automated vehicle driving revolve around cars, which makes sense, as those are the types of vehicles that we tend to encounter and drive on a routine basis. The world isn’t all paved ground, though, and there’s plenty of other vehicles that are being automated: air travel has had some form of automation since 1912 and on water automated cargo vessels are already here. I recently became aware of another automated watercraft project, the work that Roboat is doing in Amsterdam, and it’s so interesting and clever that I want to tell you all about it. Now. 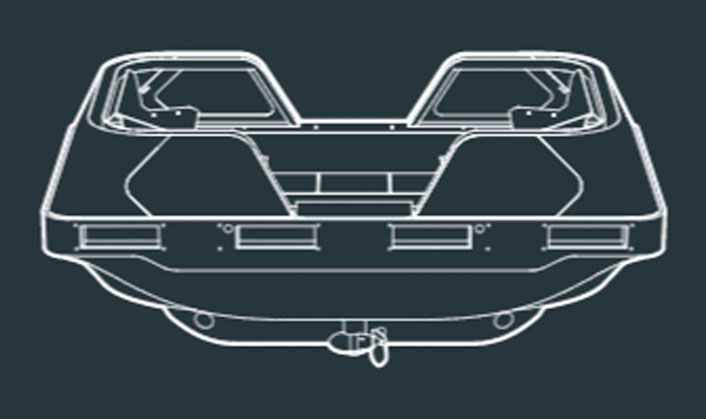 Water-based vehicles are a good target for automating because the water environment is, generally, a lot more forgiving than automobiles on roads are. The speeds tend to be lower, reaction times tend to be more generous, there’s no pedestrians (I guess maybe some swimmers occasionally), and collisions are generally less severe. This is all even more true in the case of the particular Roboat use cases, which are on canals, using low-speed boats.

The Roboat team consists of an MIT-based group and a group that’s part of the Amsterdam Institute for Advanced Metropolitan Studies (AMS), and what they’ve done is develop and build a robotic boat transportation system that’s being tested in Amsterdam’s network of canals.

The boats are electric and can run for about 10 hours on a charge. They carry, in passenger configurations, up to five people or can over 3,000 pounds of cargo. They use lidar to understand and interact with their environment, and can dock autonomously with specially-prepared docks. Here, they made a video that tells you all this:

What I find so appealing about what they’re doing is that this is an example of understanding the current, viable state of automation technology and finding a use case that it can serve extremely well.

Currently, the Amsterdam canal network is mostly used for tourists, but there’s no reason why it couldn’t be used as a viable transport network for the locals. There are water taxi services, but an automated canal transportation system could potentially allow for a lot more traffic and transfer some of the load of transportation from Amsterdam’s roads to its canals. 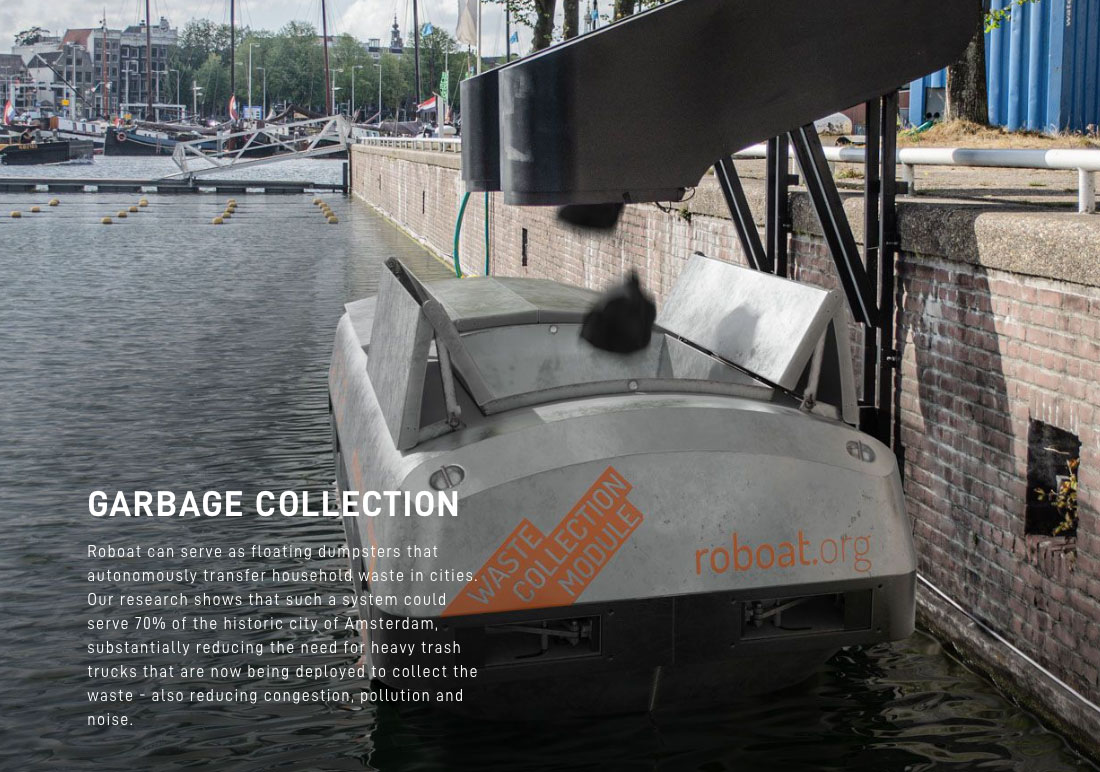 In keeping with the idea of moving traffic from roads to canals, the Roboat team has also developed a sort of trash-boat, their same Roboat platform but with an alternate upper module that is essentially a floating dumpster, and can autonomously take trash to waste facilities when full, eliminating the need for a good portion of Amsterdam’s garbage trucks on the streets.

There’s also a module for package delivery, which, honestly, seems a little more limited as I’m not sure people will want to go to the banks of a canal to get a package, but who knows how the Dutch like to do things? 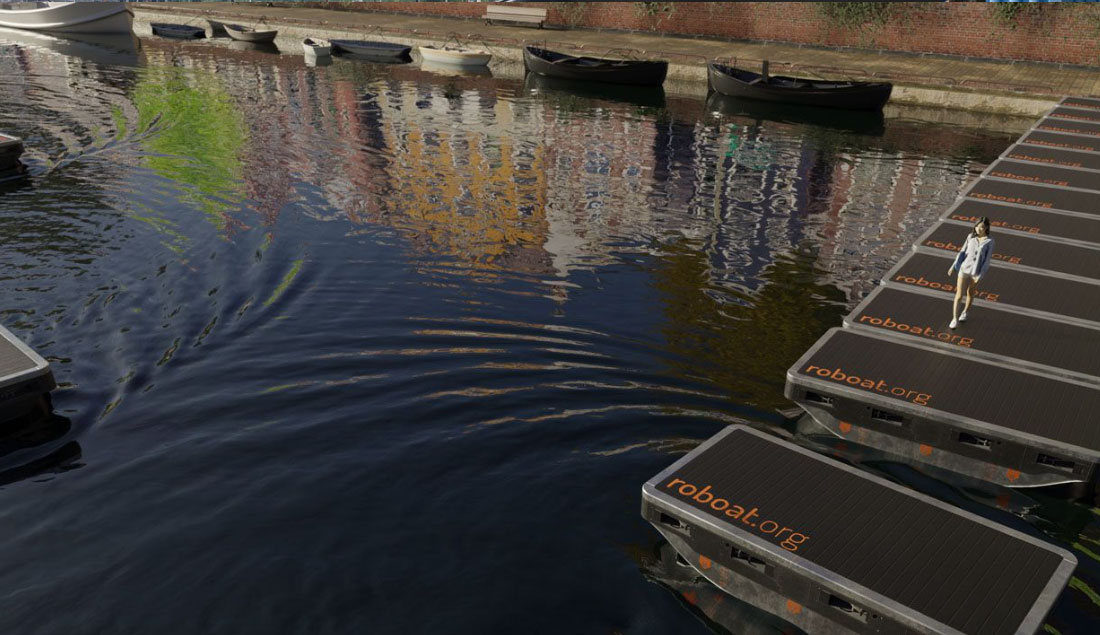 This on-demand bridge application is interesting as well, where an upper module that houses a flat surface could be ganged together with many other similarly-equipped Roboats to make ersatz bridges as needed. I’m not exactly sure about what contexts may need this, but I bet if you’re in such a context, you’ll know it. This also feels like there’d be military applications, since quick bridge-building has come up in many military situations.

I’m not sure what it is about this project that struck me so, other than I really appreciate the simple cleverness of it all. The bi-directional boat design is smart, the engineering seems to be using well-established components in novel ways, and I like the hyper-specificity of the solution to the place. Not many cities are like Amsterdam, with these sorts of canal networks, but in that context, this appears to potentially be a great solution to traffic congestion issues for places that have such canals.

I'm a co-founder of the Autopian, the site you're on RIGHT NOW! I'm here to talk to you about taillights until you cry and beg me to stop, which I absolutely will not. Sorry. Hug? Also, David's friend.
Read All My Posts »
PrevPreviousHow Off-Roading A Smart Fortwo Completely Changed My Life
NextSomeone At Popular Science In 1968 Had To Be Spying On Ford Because This Drawing Is Just Too Damn GoodNext