The Jeep Cherokee XJ is arguably the best all-around Jeep of all time; its versatility is a big part of the reason why it has garnered such a cult following since its debut for the 1984 model year. Of the 2.8 million-ish XJs built up to 2001, there’s one combination that has always been considered the most desirable: two-door, five-speed, 4×4, green-on-tan. Somehow I have just been offered an XJ specced exactly like this, and I’d been an absolute fool to turn it down. But I’m conflicted; here’s why.

I could quite easily convince you, and myself, that this Jeep Cherokee XJ in the picture is the greatest one ever built. It’s a two-door, which most people think looks nicer than the four-door (it’s technically a shooting brake), it’s green like all Jeeps since WWII should be, it has a tan interior which matches best with the green paint, it has the wonderful AX-15 five-speed manual, it’s got four-wheel drive, and under the hood is the beloved 4.0-liter straight six. On top of that, this Jeep has the best axles you could get: The beefy Chrysler 8.25 in the rear and the capable Dana 30 up front. Because this is a post-1994(ish), the clutch slave cylinder is external meaning it’s easy to replace (doesn’t require dropping the transmission), and because it’s post-1995(ish) the rear Chrysler 8.25 axle has 29 splines instead of 27. 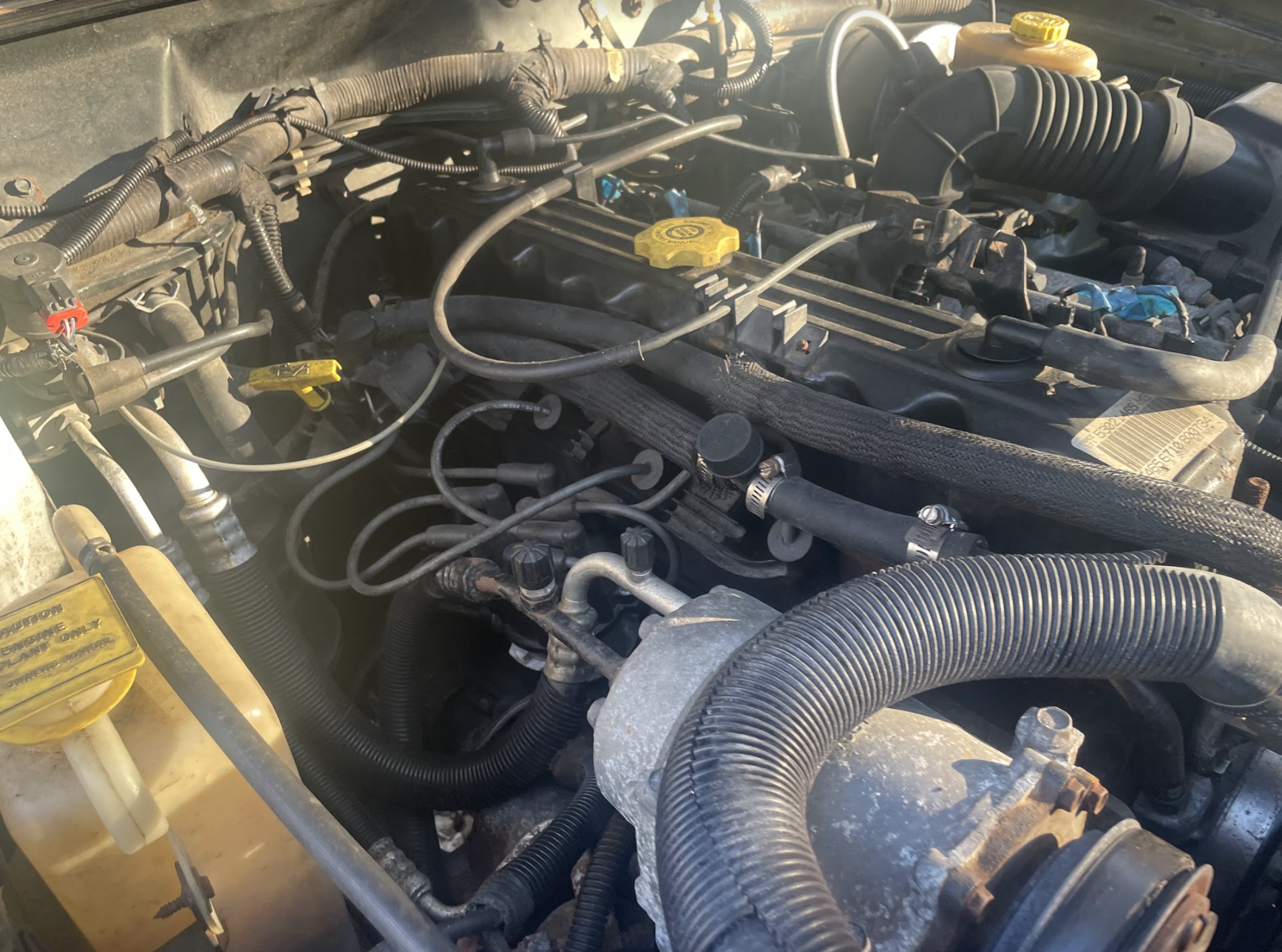 In other words, from a powertrain and drivetrain standpoint, this is the best Jeep XJ money can buy. (Okay, you XJ nerds out there will point out that some XJs came with Dana 44s, but those are basically hens’ teeth. Also, 2000 and 2001s came with NV3550 manuals, which were a bit stronger than the AX-15s, but those also had low-pinion front axles, cylinder head problems, coil-on-plug ignition and other less than ideal bits that I won’t get into).

Some folks may prefer the 1997 and up post-refresh XJs, but I prefer the older, boxier look of this 1996. Plus, the 1997+ Cherokees have fuel pumps and filters that are not serviceable without dropping the tank, and that’s a big liability in my view. 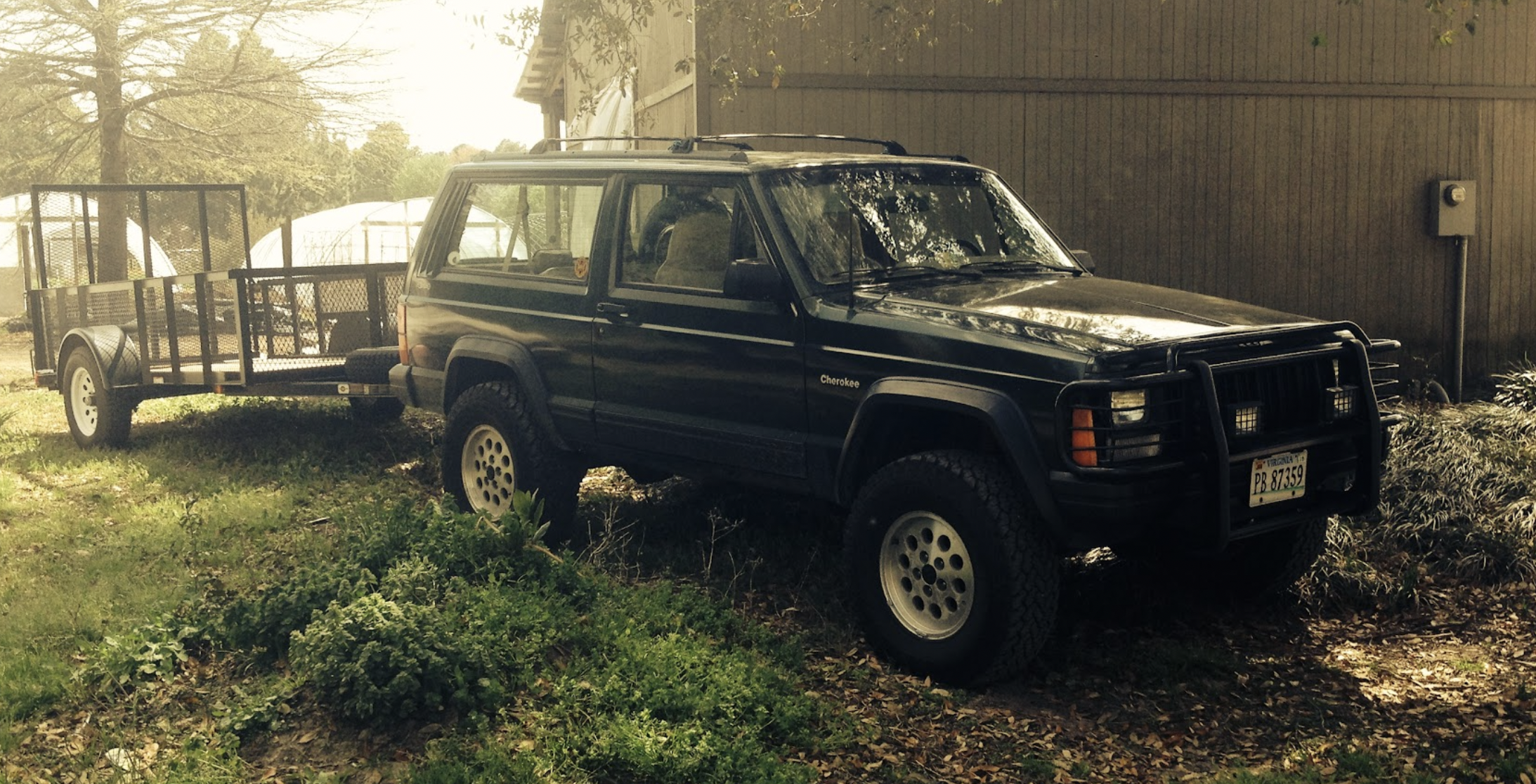 Anyway, the point is that this green Jeep is absolute perfection. It’s been owned by just one family, based in Virginia, and the current owner, Alex, wants to sell it to me. I am genuinely honored. 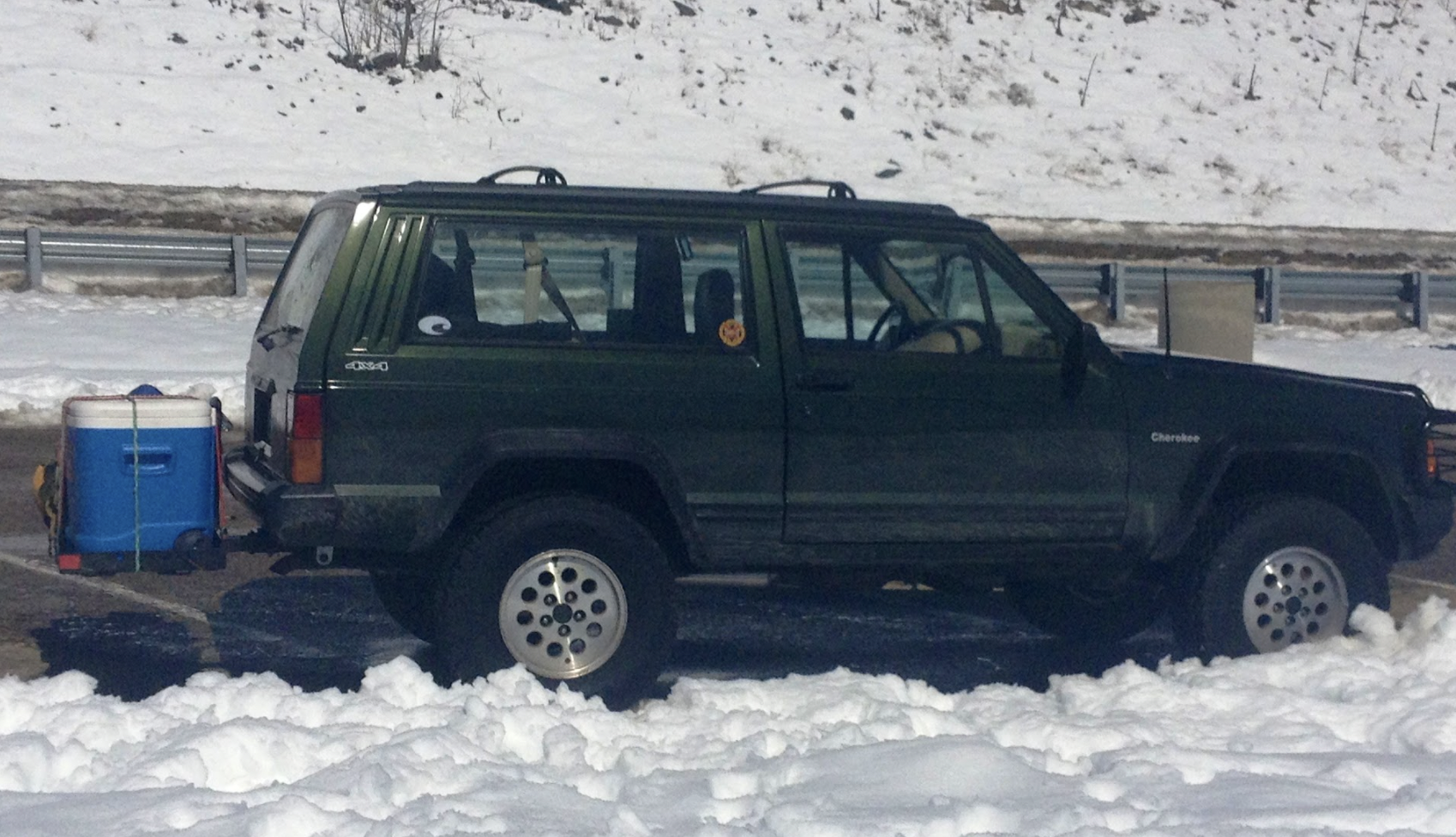 Alex, who is roughly my age (I’m 30),  is going through school, building a family, and doing all the grownup things that I’m not doing, so naturally, he figured he doesn’t have time to deal with his old XJ and I do. He reached out to me offering me his family’s beloved machine, figuring I’d take good care of it.  We haven’t discussed pricing, but I get the impression that it will be a manageable figure. 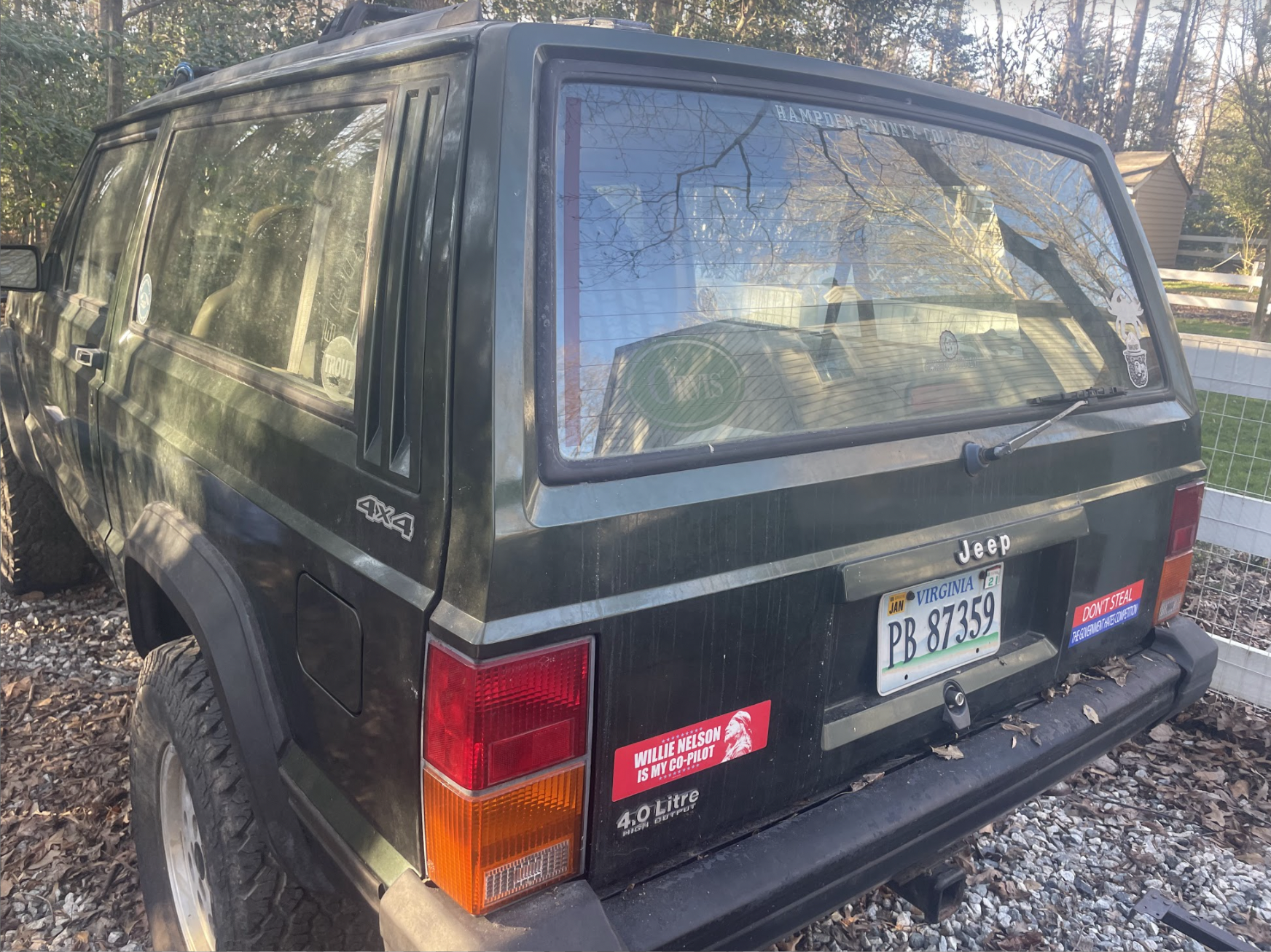 Sitting on a three-inch lift and 31-inch tires, the Jeep is modified tastefully. No fender flares have been removed, no metal has been cut. This two-door XJ still looks like the Jeep gods intend it to: 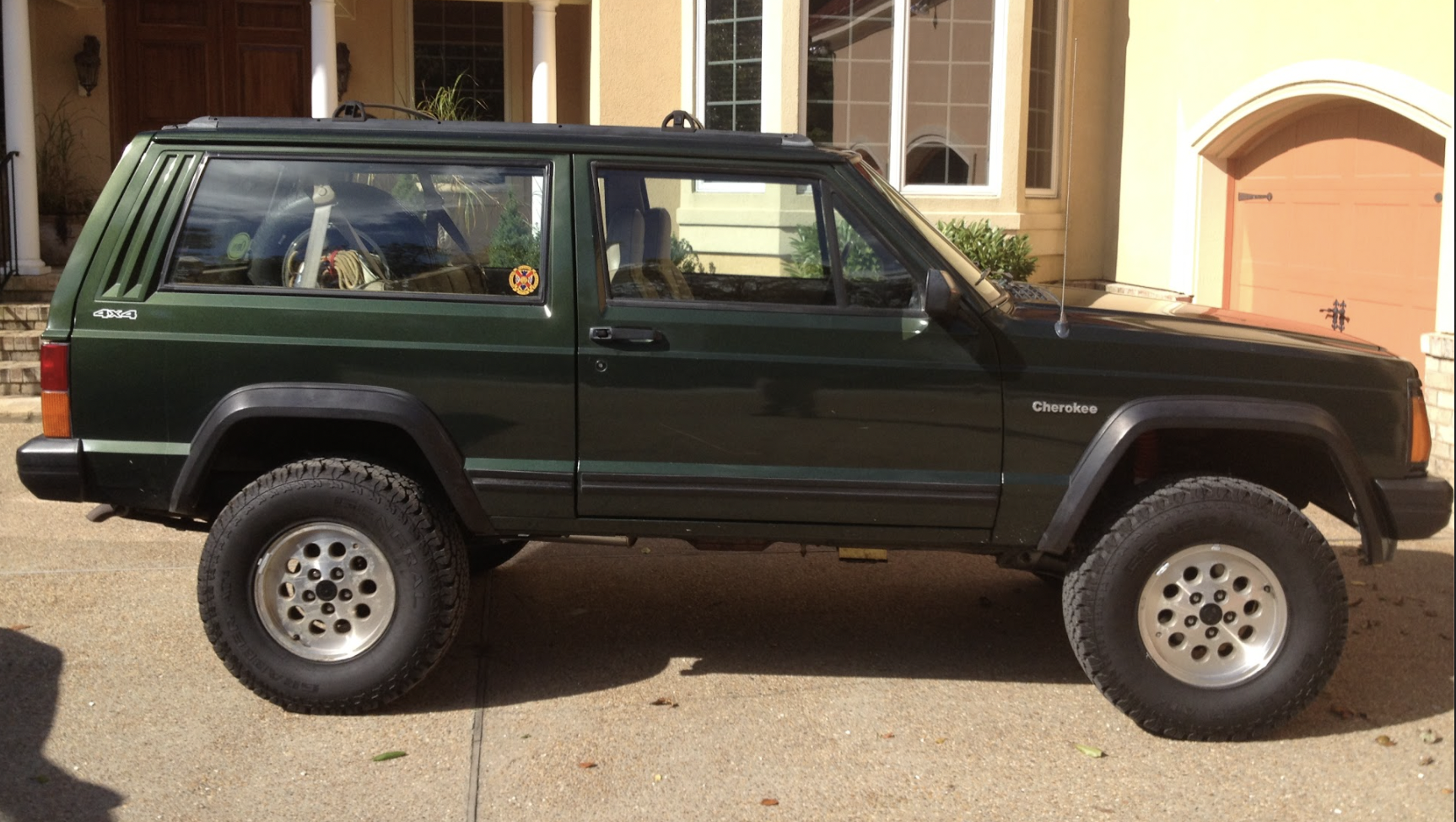 “It was my brother’s first car. Bought it new in ’96 from Williamsburg Jeep Dodge,” Alex told me about his Jeep. “He took it to college and then my dad traded him for his Wrangler…I kinda took it over, tinkered with it and stuff, and I’m kind of between ‘Do I want to restore it or is it better off going to someone who is going to appreciate it?'” Alex told me over the phone.

He gave me a bit more in on the Jeep’s condition. “If you want it to be show quality, you gotta repaint it…the clear coat is pulling up on the hood a little bit…and roof.” He said he replaced the Jeep’s injectors when he noticed the vehicle running rough, but the Jeep still doesn’t quite run right. It has a new crankshaft position sensor, and yet: “After a heat soak it would run like crap, but when you’d first start it up it would run great.”

With only 134,010, it’s a fairly low-mileage, beautiful Jeep. Though to be fair, it’s got some rust issues — nothing major, but definitely some rocker and floor holes: 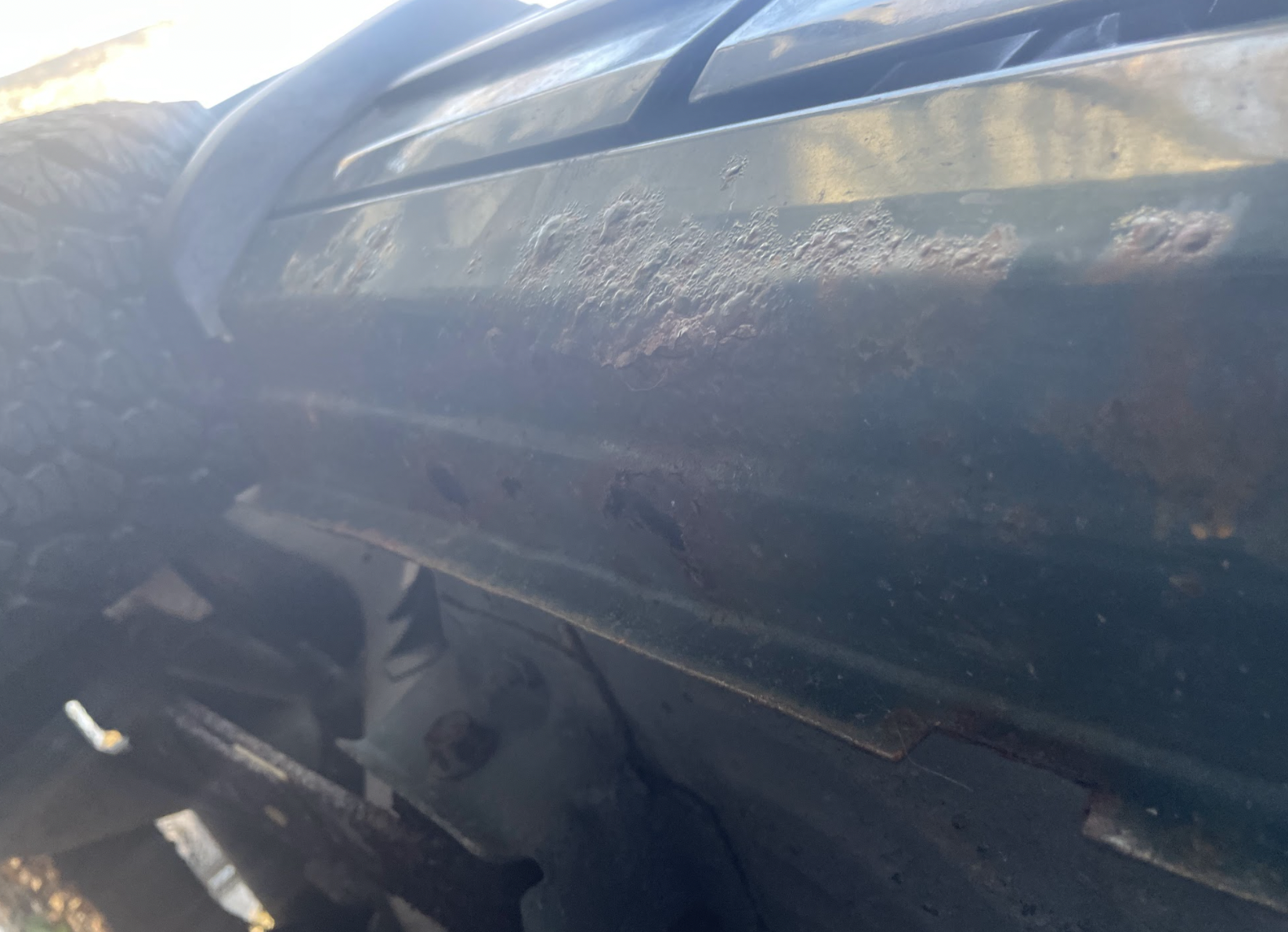 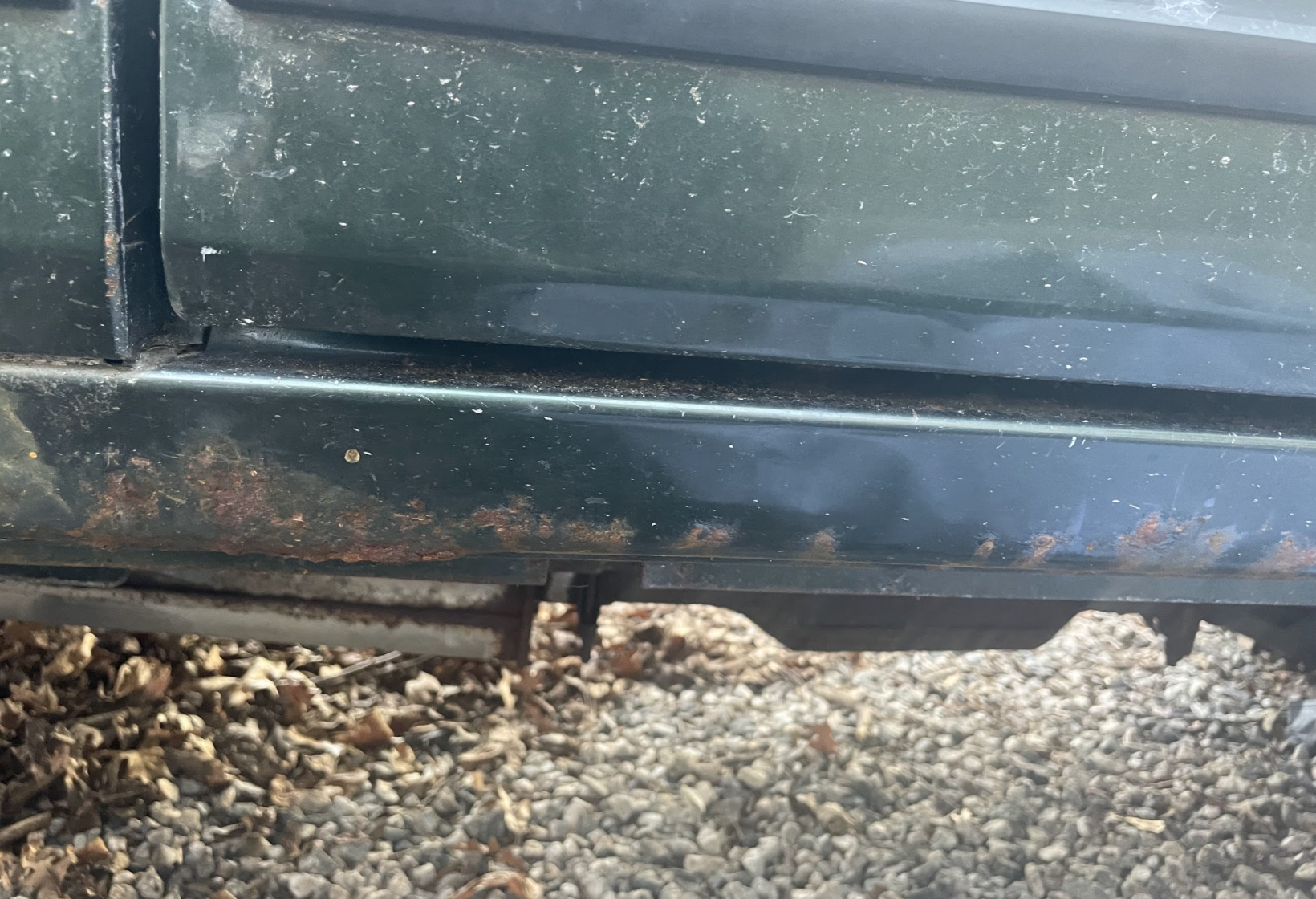 Here’s a walkaround video from Alex showing the rust and the interior, which is a little rough, too. The seats and carpets need some repair:

Getting this thing running properly and mending the minor rust could result in The Ultimate XJ — a beautiful green two-door. But for me to take that on, I’d have to sell my first Jeep — my O.G. The one that started it all back when I was a 19 year-old college student: 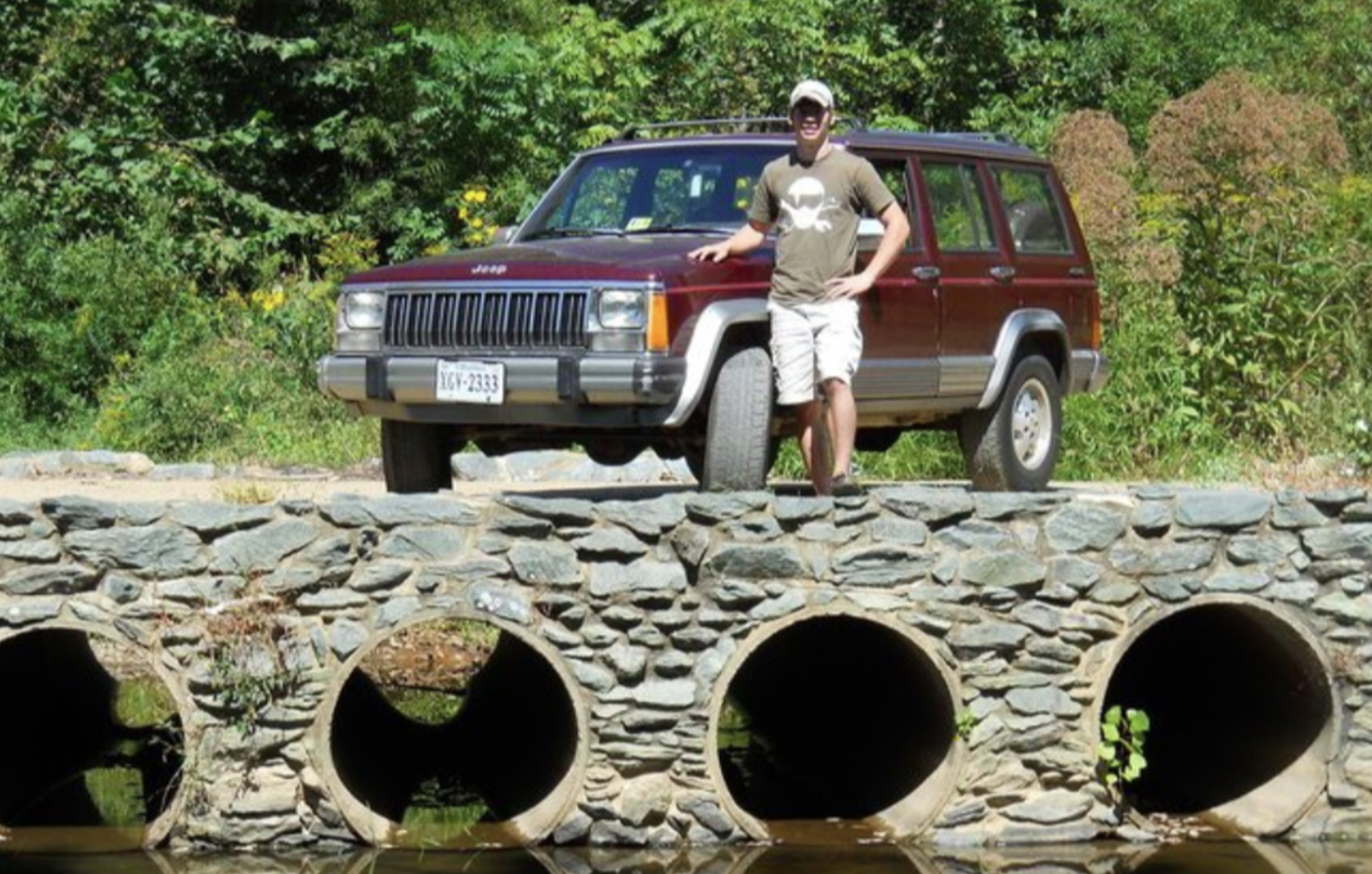 Right now, it’s sitting in my backyard, its rear left tire flat and sunken into the ground. The cylinder head is cracked, the radiator is filled with sludge, and the rear differential is toast. It needs some serious help; for me to even think about taking on this beautiful two-door while trying to mend my own XJ — and the one I almost just sold to a nice lady the other day — would be delusional. 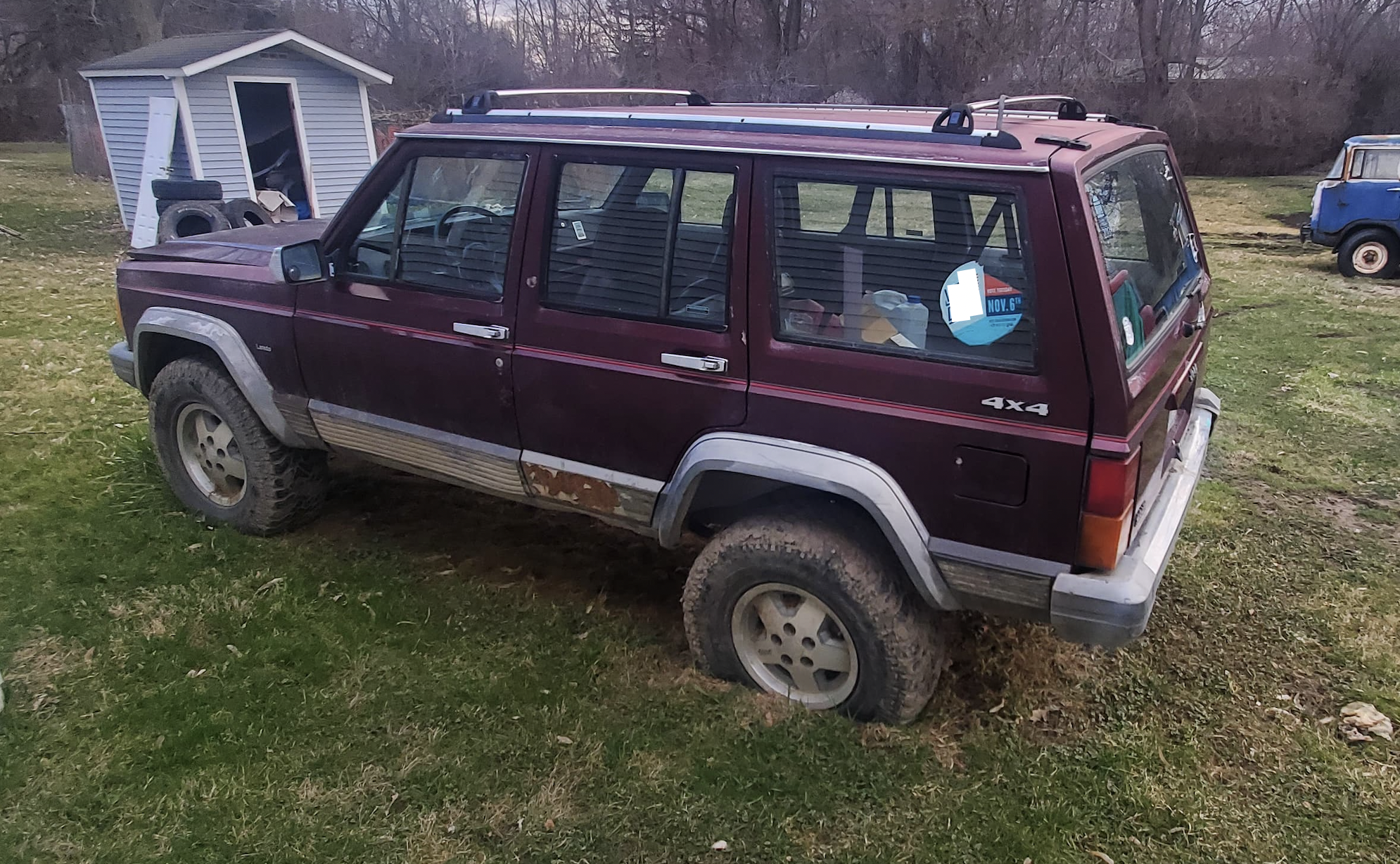 So that leads me to the question: Would you sell your first car for a nicer version of it? This green two-door is truly the grail, but can I sell my burgundy bestie? Or do I just keep both somehow?

Images from Alex or David Tracy

Rust-loving Jeep man, cofounder and EIC of The Autopian, Jason's friend. Email: david@autopian.com
Read All My Posts »
PrevPreviousWhat A Tesla Model 3 Has In Common With A 1969 Pontiac Grand Prix And A 1947 Cisitalia 202
NextCold Start: A Hot Mirage Wasn’t Always An IllusionNext