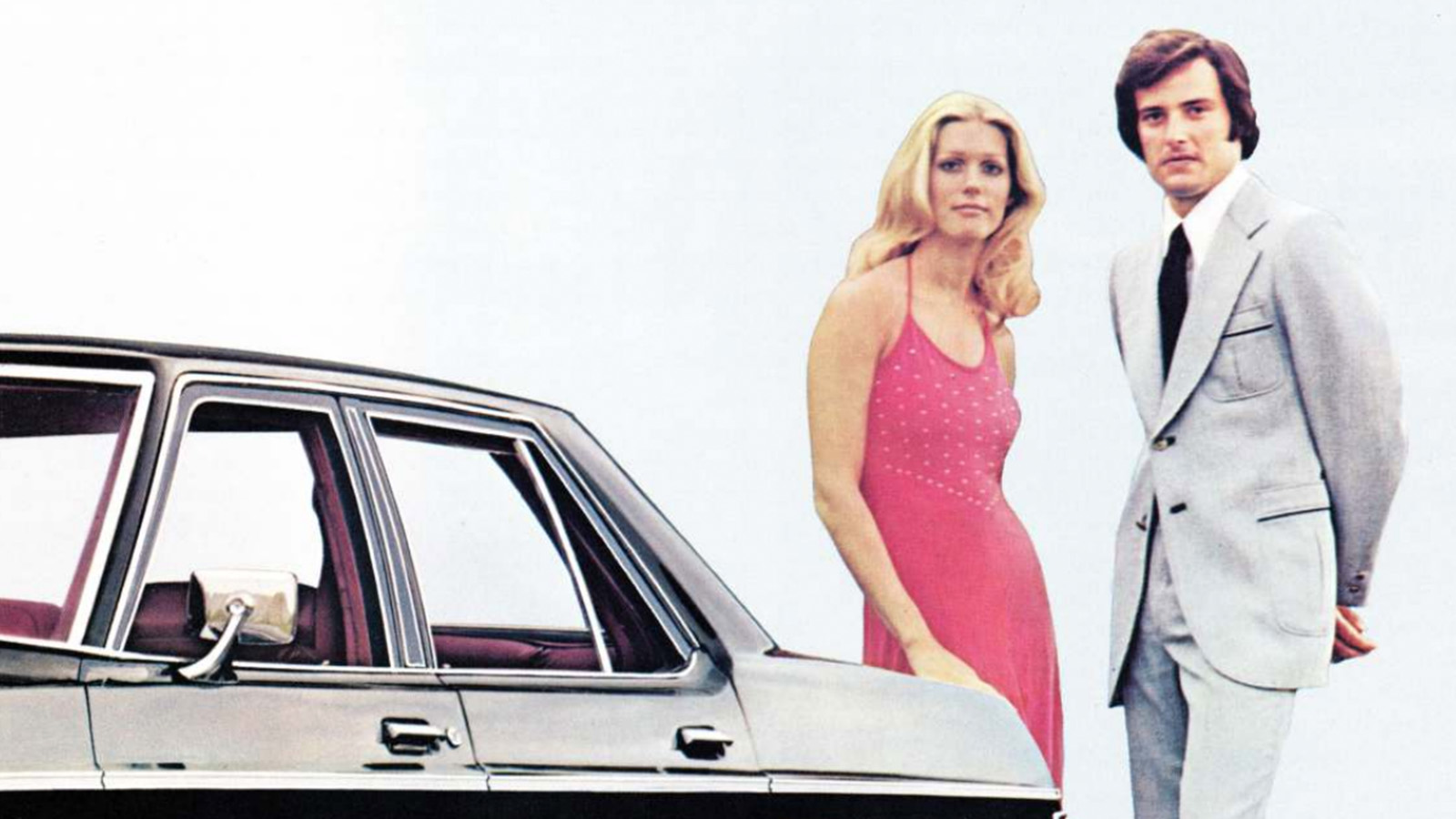 I think most people have a sense of being a part of history. The past may seem more romantic. The future, depending on your perspective, may feel hopeful or foreboding. The present, though, will always feel more vivid. Good or bad, it’s being lived now. I feel especially like a witness to history, jumping from one life-altering event (9/11, Great Recession, Pandemic, Insurrection) to another, like a frog leaping across a rocky pond. At some level these probably are historic times, but maybe it’s just the solipsism of the now. People in the mid 1970s probably felt the same way, at least as witnessed by the brochure for the 1975 Ford Granada posted by the Ford Heritage Vault.

Tensions with Russia, fruitless war abroad, crazy fuel prices, and impeachment define the mid-’70s as much as they define our era. If you’d made it to 1975 you probably had to accept that this was life and trudge forward as best you could. As Winston Churchill famously said: If you’re going through hell, keep going.

And what better car to traverse hell than a Ford Granada? Not to be confused with the European model of the same name, the Falcon-derived American Granada was a mid-size sedan for everyone afraid of the future who wanted to downsize from their excessive landbarge… just to be safe. You can see it on the faces of the models. They’re not particularly happy. The exuberance of the late ’60s is gone. They seem, if anything, tranquilized to match the times. Even the tagline, Elegance in a new, efficient size, drips with compromise.

The brochure is full of features you can spec on top of the rather plain base car (opera windows, vinyl trim, plush leather seating) depending on your hopes for a Gerald Ford-run economy.

It’s not all bad, though. Look at this lady. She’s having fun. Is this the blithe optimism of the foolish or the zen-like awareness that this has all happened before and will all happen again?

Howdy! I'm the Publisher of The Autopian which means I'm to blame for at least a small part of this. I used to run another car site and then made movies and TV shows. Now I'm here to convince you to buy a Peugeot.
Read All My Posts »
PrevPreviousWas David Even In Australia When He Supposedly Achieved The Impossible? Comment Of The Day
NextDon’t Eat The Snow In Hawaii: 2004 Mini Cooper S vs 2000 Mercedes-Benz SL500Next