Welcome back to Shitbox Showdown, where we pick through the used car classifieds in search of a few gems. Today, we’re growing out our mustaches and heading to Oahu to look at a pair of fun European machines. But first, let’s see how yesterday’s battle went. 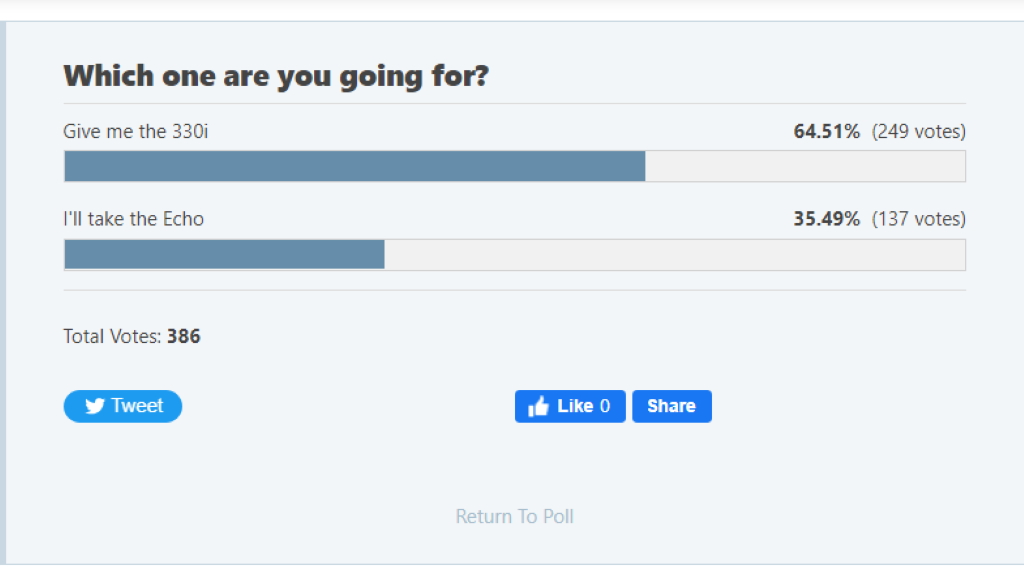 Yep, that’s about what I expected. While the Echo is a reliable, trustworthy form of transportation, the 330i is a whole step up across a litany of categories. Anyway, back to fun cars for Hawaii. While Thomas Magnum could borrow a Ferrari 308 anytime he liked, we’re on a bit of a budget here. Still, that doesn’t mean we have to forgo fun, quick European cars, as I’ve found a pair for you to choose from. 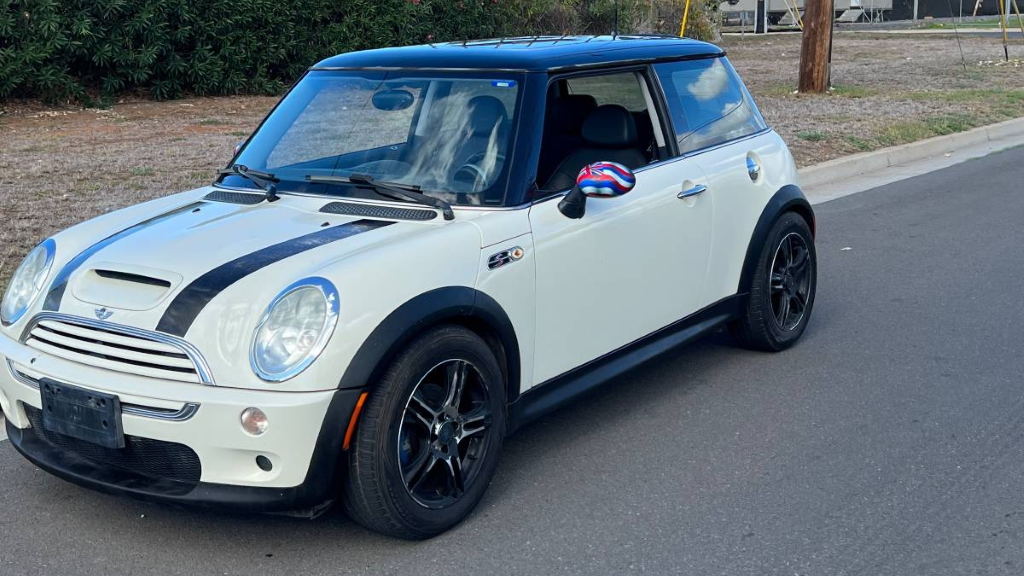 Let’s start off with something truly joyous to drive – an R53 Mini Cooper S with a six-speed manual gearbox. Sure, these Anglo-German hatchbacks can be maintenance-intensive, but they’re just so nimble and joyous to chuck about that I wouldn’t feel bad splashing some cash to keep one on the road. 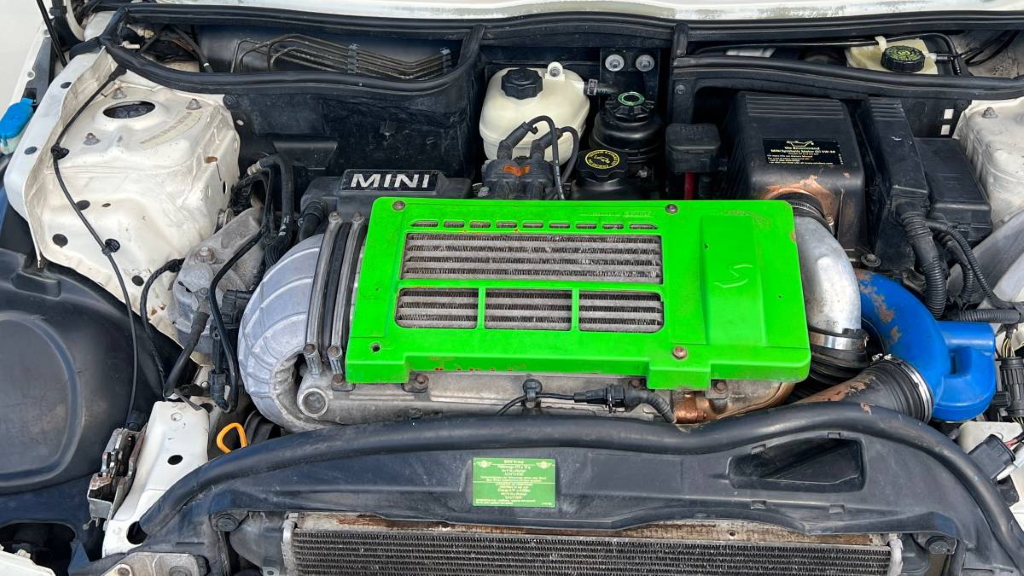 Powering this German-facilitated reborn British icon is a semi-American engine. Yes, the R53 Mini Cooper S is powered by a member of the Tritec engine family, a joint venture between Rover Group and Chrysler Corporation. With a little extra pep thanks to an Eaton M45 supercharger, this 1.6-liter four-cylinder engine is good for 163 horsepower and 155 lb.-ft. of torque. Not bad for a car this small. 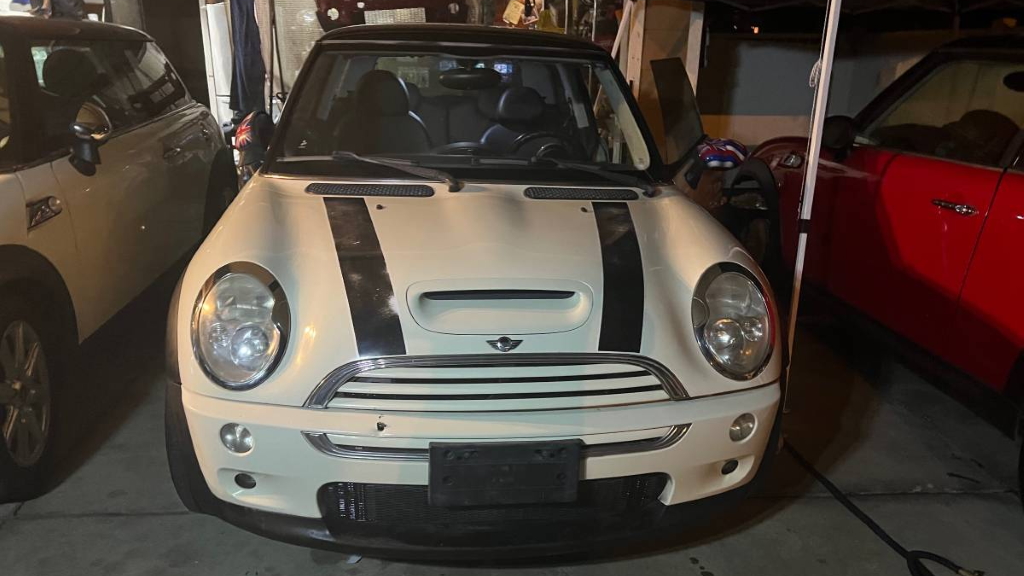 While the body of this Cooper S seems fairly clean, someone’s definitely gone to town on the alloy wheels with a can or two of Plasti-Dip. Add in the unusually green intercooler shroud, and this thing may have been driven hard and put away wet. On the plus side, it looks like it shares a garage with another Mini, so it’s entirely possible that the owner really knows what they’re doing. 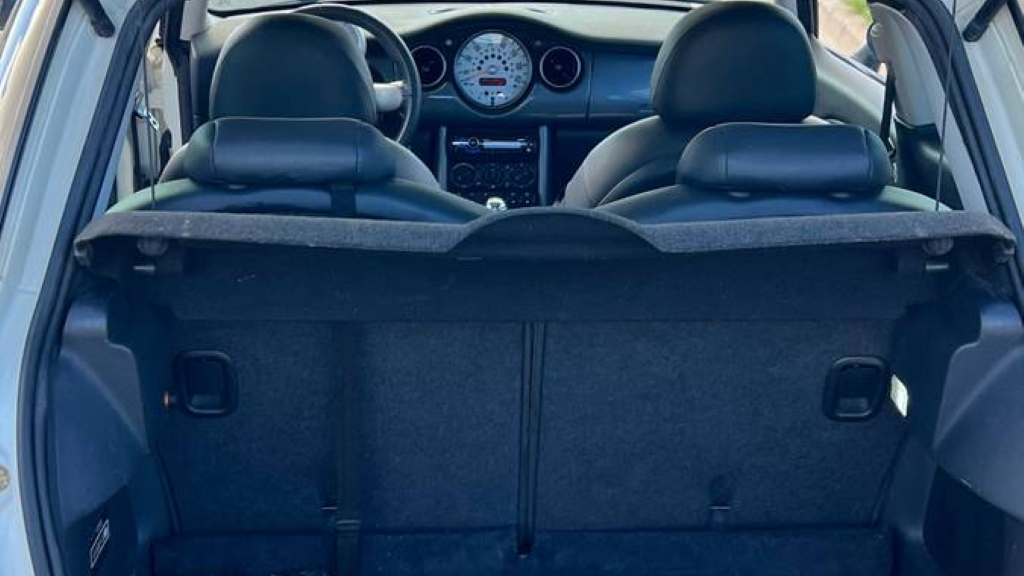 On the inside, there’s not much we can see. The seller’s only included a shot from the cargo area, which makes it hard to judge seat wear and whatnot. It’s claimed that this car packs cold A/C and that the electric windows work, but until we get a clearer shot of the interior, it’s probably best to set low expectations. 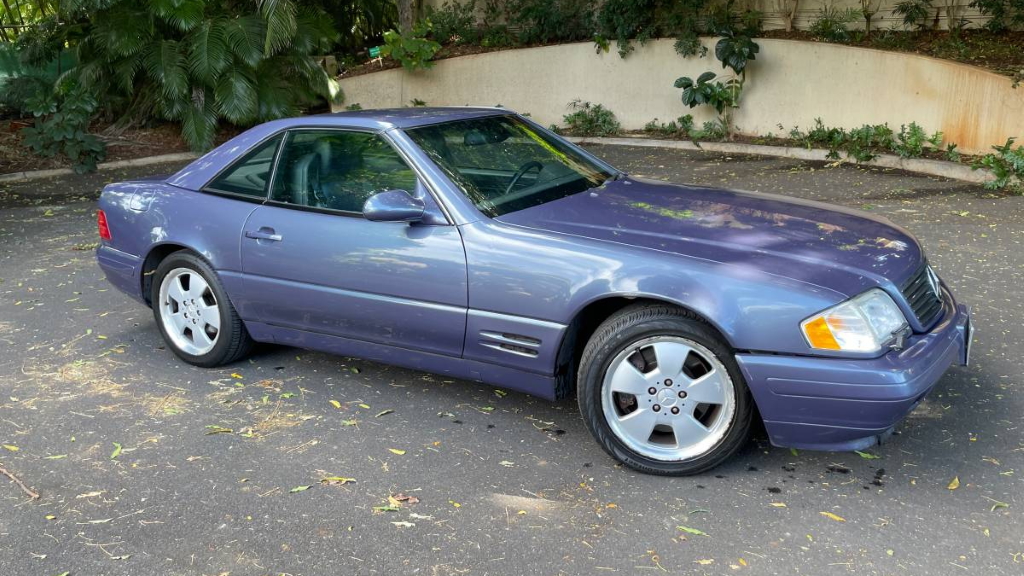 Runs/drives? Not on all cylinders.

Moving from ‘feels quick’ to ‘is quick,’ how about a V8-powered Mercedes roadster from an era where Benzes were built like brick shithouses? Yes, it’s the R129 SL500, a 302-horsepower, highway-scorching, music video star of an open-topped cruiser. Magnum, P.I. had the 308, but an R129 was in the music video for “Return of the Mack.” How’s that for star power? 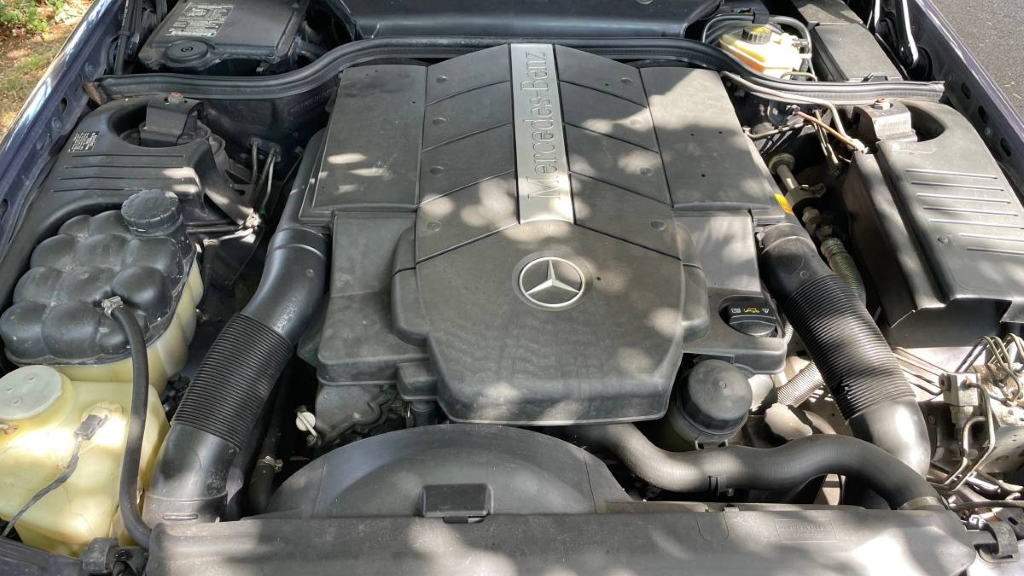 On the mechanical front, things aren’t all peachy with this SL500. The seller states that the car’s developed a single-cylinder misfire. It still runs, but that’s definitely an issue worth sorting. However, the seller also states that the gearbox was rebuilt two years ago and the battery is new. This late-model R129 SL500 comes with Mercedes-Benz’s very stout M113 V8, so I reckon the misfire should be a fairly easy fix. 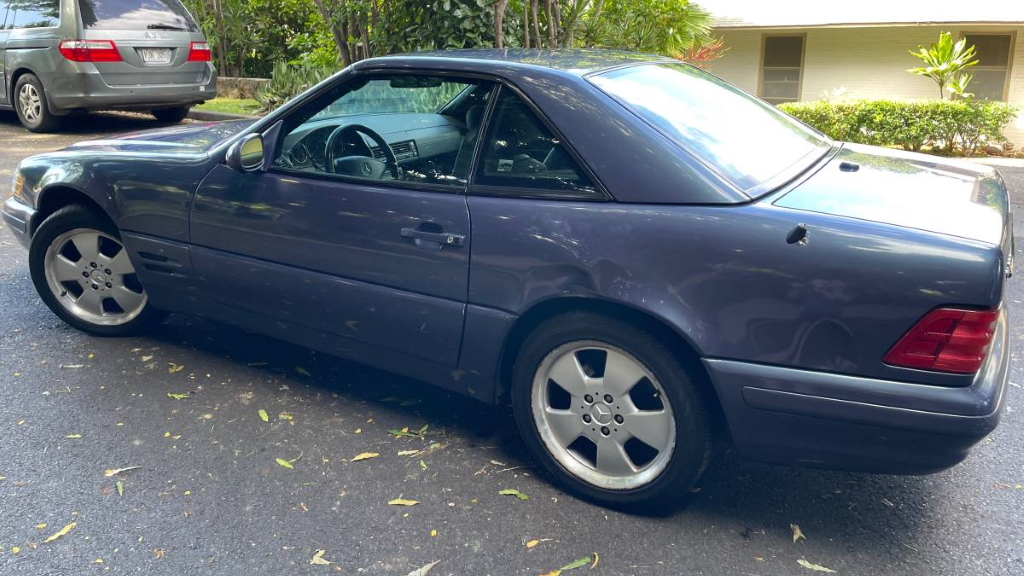 Also on the list of knocks, the bodywork. Someone has done a number on this SL500’s left quarter panel, with a couple of nasty dents marring this otherwise lovely cruiser. Add in a couple of minor scrapes on the rear bumper, and it seems like the seller could be very well telling the truth when they say they’re listing the car for an elderly neighbor. 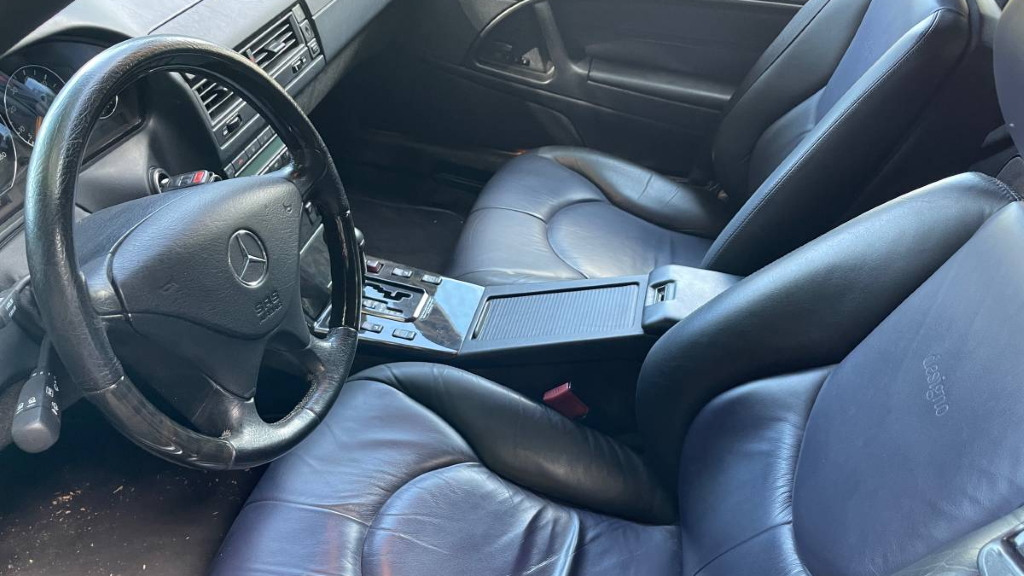 Moving inside the SL500, things are looking up. Although the driver’s seat shows minor bolster wear, the passenger seat looks like it’s hardly been used. Plus, the wood veneer’s in lovely shape and the steering wheel still looks reasonably intact. Oh, and the two-tone designo leather’s pretty cool too. As far as cheap Mercedes products go, this has one of the best-condition interiors I’ve seen and it’s an SL to boot.

So there we are, two stylish European cars for motoring about Hawaii. Neither are particularly smart used car choices, so fly by the seat of your pants on this one and pick whichever suits your fancy.

Gran Turismo Is 25 Years Old Today: What Was Your Favorite Car?

Thomas is a Nu Rave-blaring, heel-toe downshifting, maple syrup-swilling, chassis-geeking, junkyard parts-hauling, floppy-haired scenester who's been writing about cars since college. His current ride is a 2006 BMW 325i with the six-speed manual gearbox. Instagram: @thomas.hundal Twitter: @thomashundal
Read All My Posts »
PrevPreviousSometimes, It’s Ok Just To Be: Cold Start
NextEven CarMax’s CEO Thinks Used Car Prices Are Too HighNext