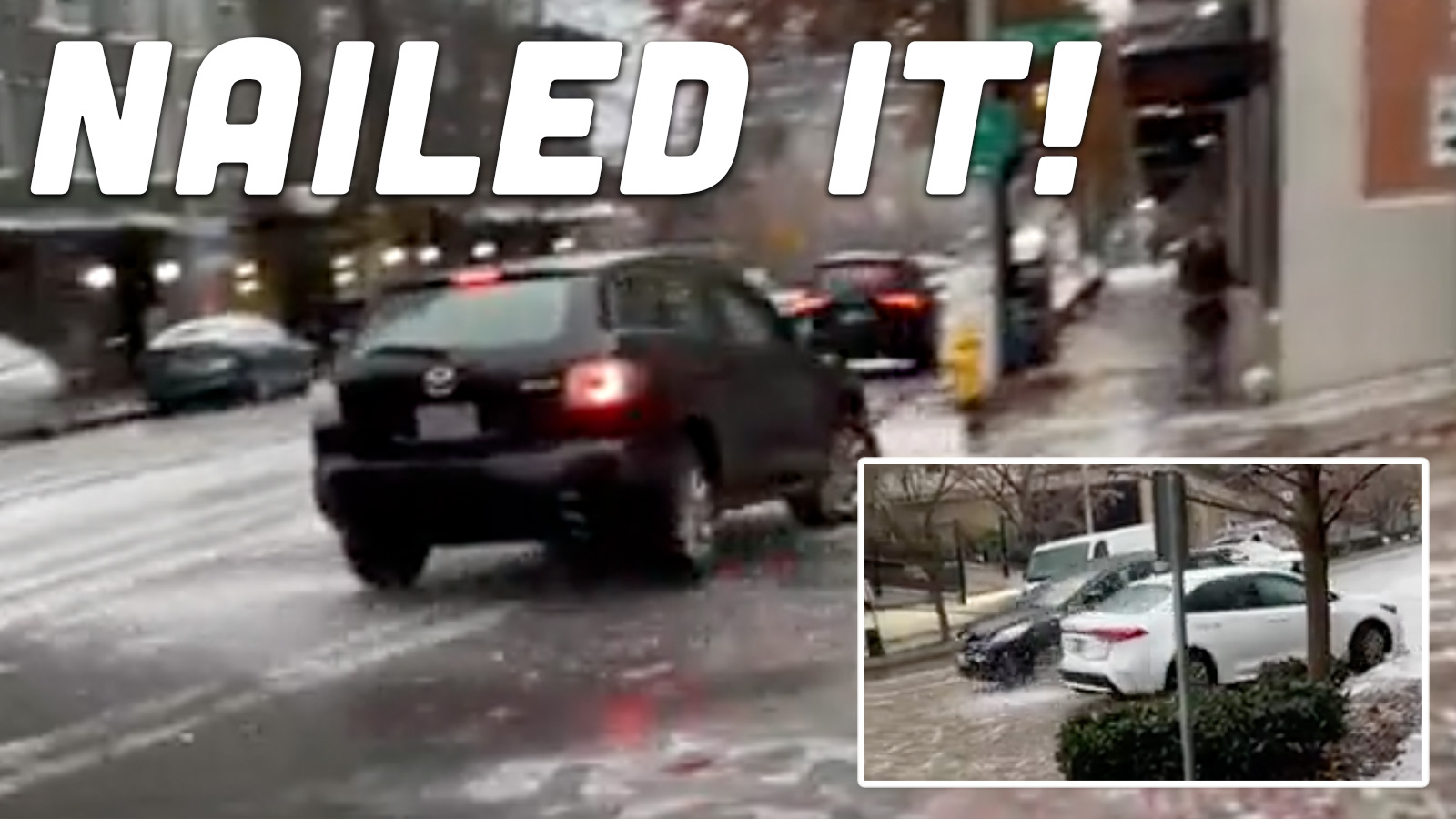 While a large winter storm ravages most of the country, a smaller system has visited the Pacific Northwest and the Washington Department of Transportation would like you to stay home until it passes. What a great idea! Unless you’re a Finnish rally champion with proper tires, driving your crossover on an icy hill isn’t going to go great.

My favorite kind of performance driving is driving on the snow. Here’s some video of me doing that with some folks at Consumer Reports:

“I’ve driven on ice in the midwest I know what I’m doing.” pic.twitter.com/vkPTogJKLE

The Mazda CX-7 driver almost pulls it off and gets a nice bit of countersteer there at the end. Unfortunately, right before the sweet drift they collided with a poor Toyota.

If you’re in the right environment with the right vehicle OR you’re being a dummy in a beater car in a place where you can’t hurt anyone then go nuts. If you’re in Seattle and you’ve got well-worn all seasons then maybe stay home and read this website? Below are some highlights from Seattle drivers last year:

If there's one thing I'll miss about all of Seattle being an ice skating rink yesterday is just how TikTok served up endless Seattle ice storm videos to the world bringing holiday laughter and cheers (the ones where people didn't get hurt obvs) pic.twitter.com/2nBzT3pV0v

Howdy! I'm the Publisher of The Autopian which means I'm to blame for at least a small part of this. I used to run another car site and then made movies and TV shows. Now I'm here to convince you to buy a Peugeot.
Read All My Posts »
PrevPreviousJapanese Tuning House Liberty Walk Is Bolting Overfenders To A Real Ferrari F40
NextThe Lancia Fulvia Concept Was Too Good For This WorldNext