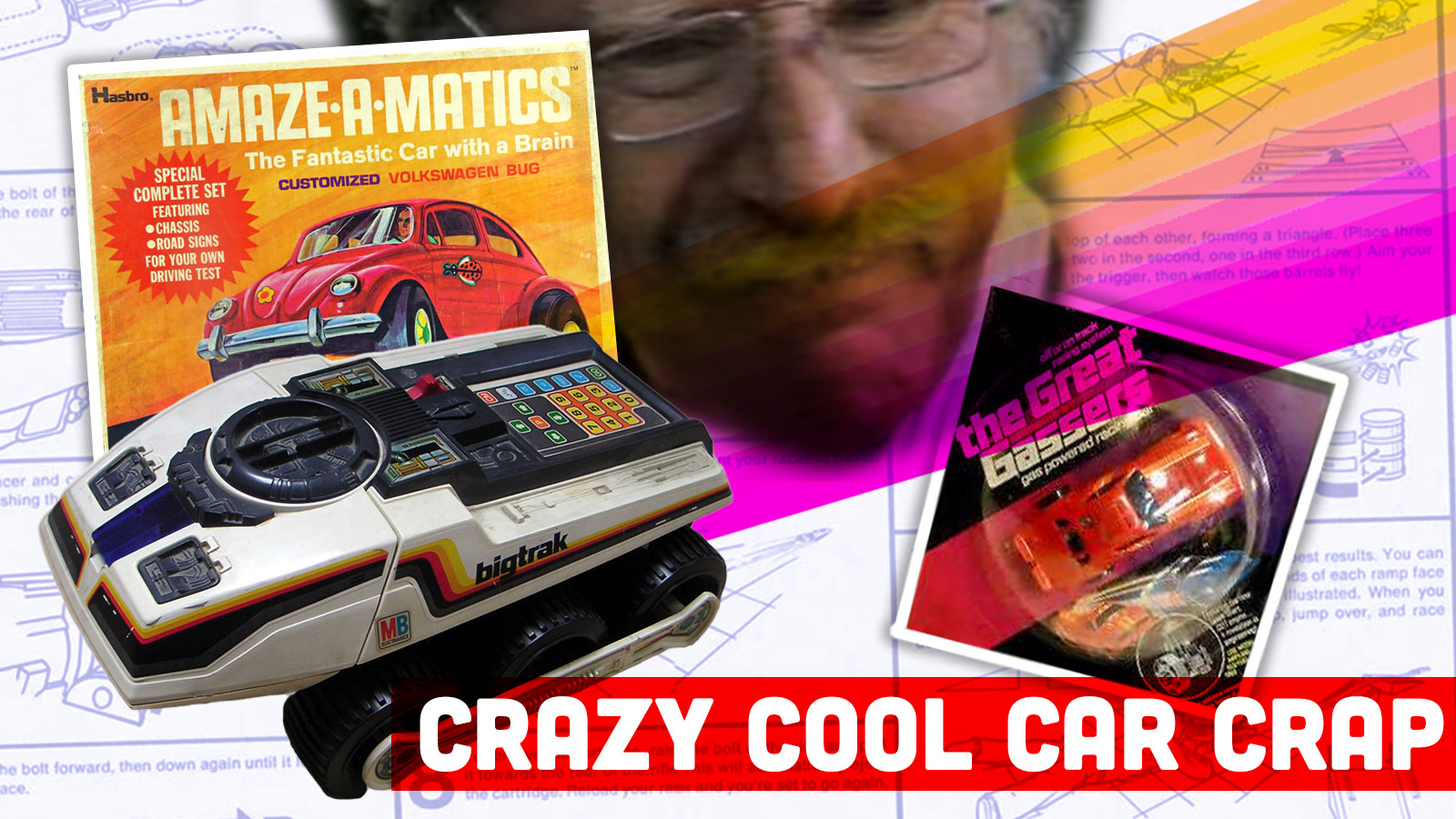 I know the modern world is filled with all sorts of madness and injustice and looming doom, but when it comes to toys and entertainment, modern kids have it great. I got my kid a VR headset thing for Hanukkah, and if you were to describe that to me back when I was his age and then tell me that when I’m an adult, I’ll get one for my kid, my first question would likely have been “so how did I become Emperor of the Greater Earth?” But I’m not Emperor of shit. That’s just how good modern toys are. That’s not to say toys, especially car toys—this is a car blog, dammit—didn’t try their hardest in the past, because they sure as hell did. So, let’s look at some old commercials for these bonkers things, because what else are you doing?

Most self-propelled mainstream car toys today run on batteries and electric motors or, if they’re the smaller/cheaper/drugstore kind, little springs and clockwork you wind by pulling the car backward a few inches. But that wasn’t always the case! There were some pretty novel ideas employed to make toy cars go free of the cruel tyranny of Big Battery!

Like this one, the Tomy Air Jammer Road Rammer:

That’s a compressed-air-powered piston engine in there, driving that thing! The kid uses the included pump which pressurizes that conical bottle that forms the body, and then valves direct the air to drive a piston that drives the wheels and, you know, makes it go.

I like how in that ad the old dude is looking at those kids pumping up their cars with clear disdain and disgust: 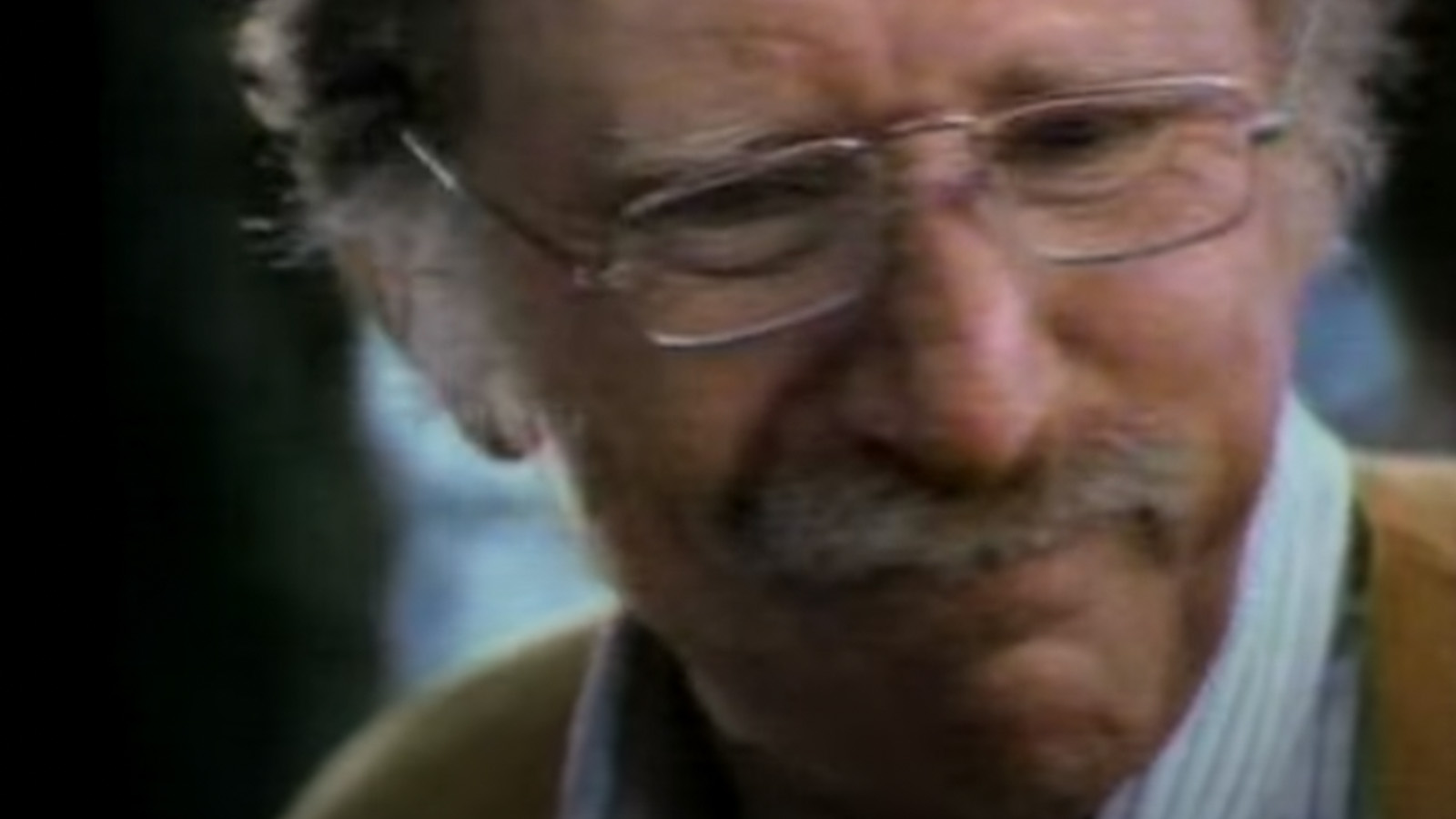 He’s all, “Look at these miserable little shits all hopped up on goofballs with their HAM radios and their air-pumped cars, they’re going to be the ruin of our Great Nation.” But then the car takes off and he does that lower-the-glasses thing and all of a sudden he knows he can go home and get drunk in peace because the world is in good hands after all.

There was even a yellow Beetle called the Bug Scrammer:

Even the big teens with their real car are amazed by this air-powered wonder! Probably because of the oil crisis, and they’re tired of paying like 81 cents for a gallon of sweet, sweet gas.

But let’s say you don’t give a shit about running your car on something as pedestrian and mundane as “air.” I mean, that’s the same crap that rats suck into their lungs and roaches slurp through their spiracles! Certainly, you deserve better. You deserve real gasoline! Meet the Hasbro Great Gassers!

Yep, these things ran in an embiggened slot car-type track and had 0.027cc two-stroke engines that it looked like you had to sort of tune by sound. That looks tricky. 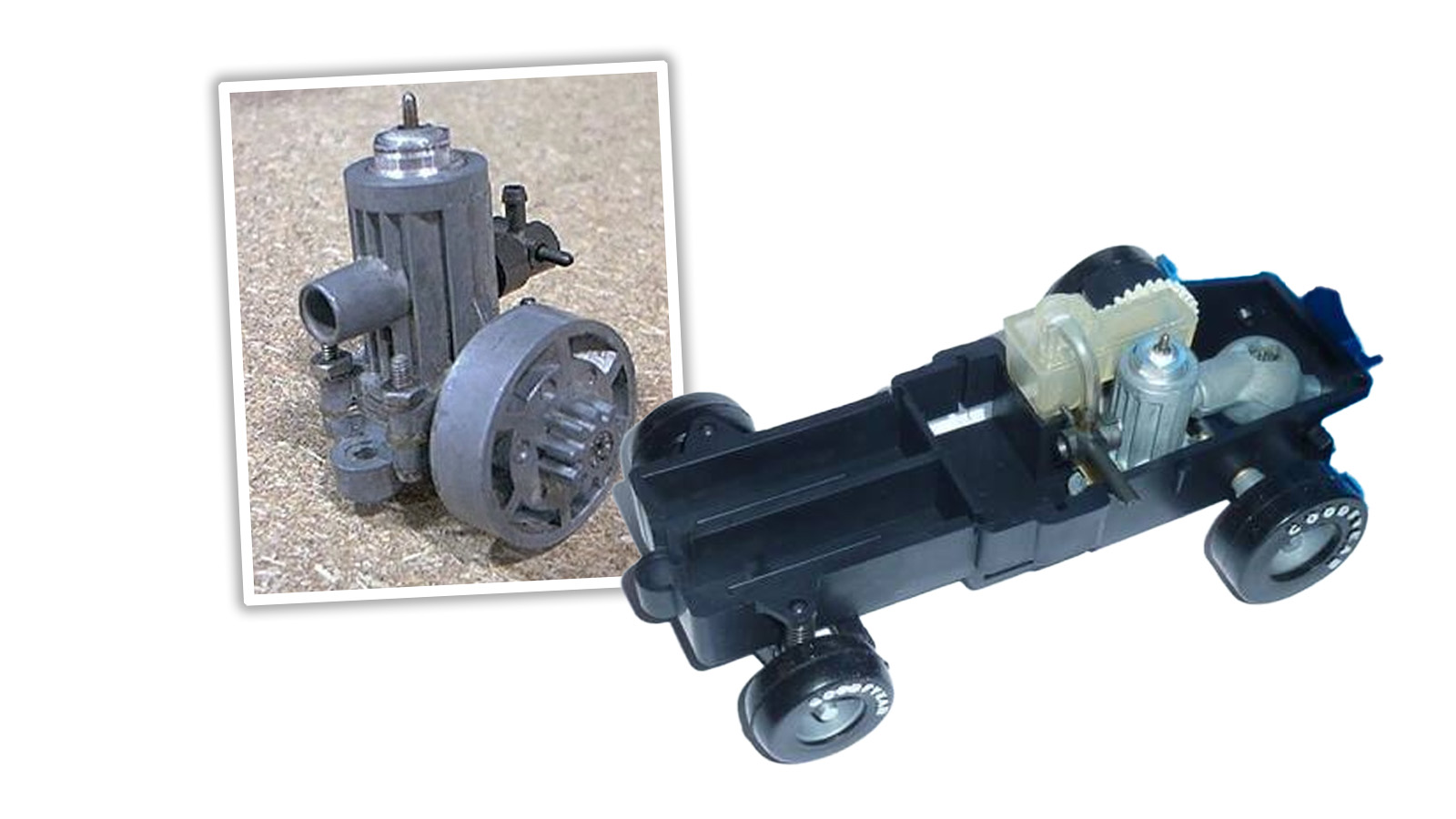 Being two-stroke, I’m guessing you’d have to mix lubricants and fuel? God, these things must have made a lot of exhaust. Could you even use them indoors? They’re tiny engines, sure, but they’re revving high and nonstop, I’m pretty sure you’d be feeling that two-stroke exhaust before too long. Did they get hot? Did they throw oil fluids all over that track? Did this whole setup become a crazy fire hazard after the first half hour? I have so many questions.

Okay, maybe air and fuel are still too boring for you: how about just shooting toy cars out of a motherflipping gun? Because that was an option, too! Behold Repeat’in Ricochet Tracer Racers!

Yes, why just roll a car down a track when you can shoot them from a fucking gun. The cars were pretty good-sized projectiles, too, about the size of a Hot Wheels car, and encased in a little hemicylindrical cartridge. I’m pretty sure one of these would hurt like hell if your brother or sister nailed you in the back of the head with one, but they had a little locking mechanism to keep it from firing unless it was in contact with the ground. 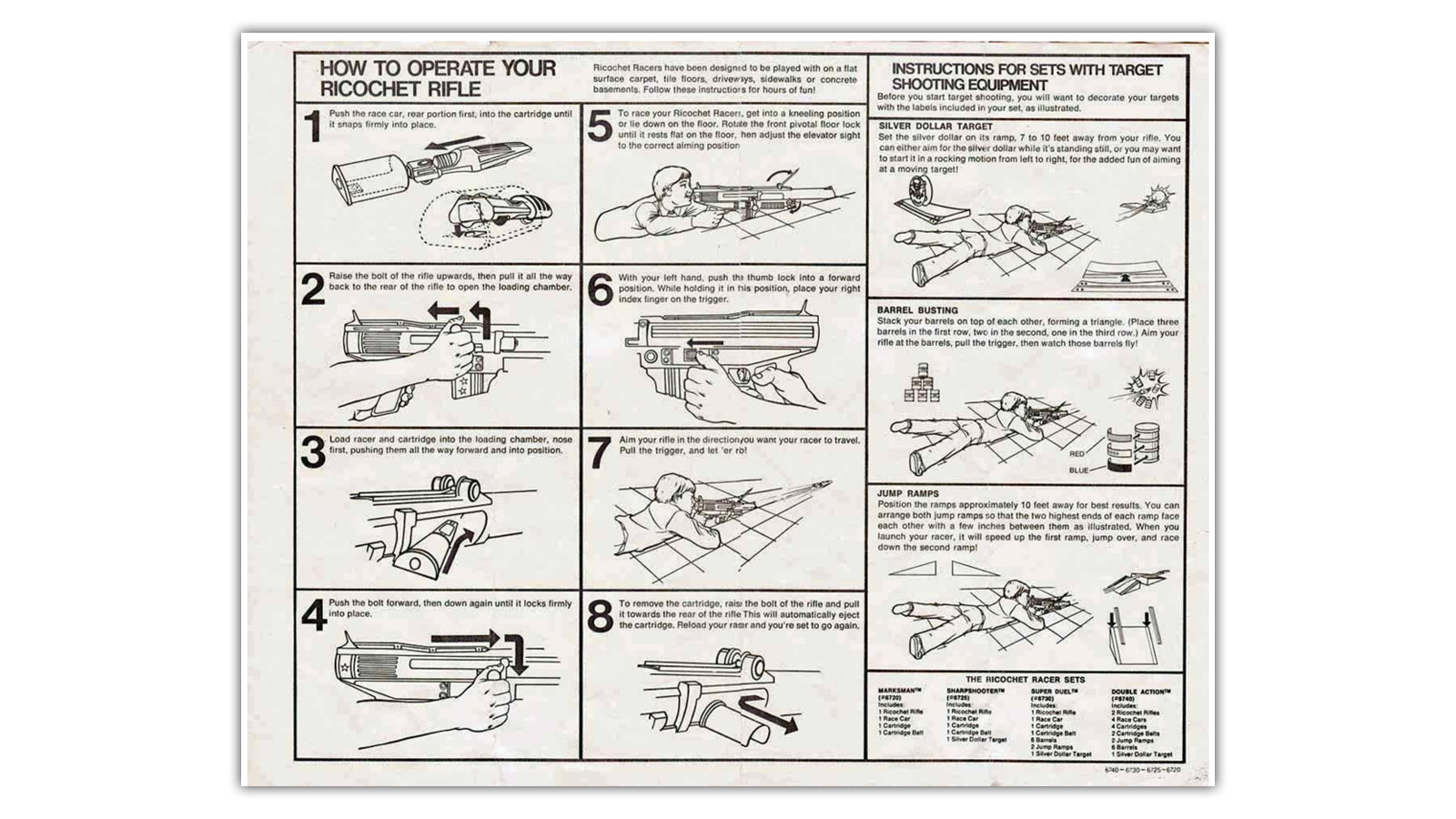 I bet kids figured out how to defeat that, though, and many a purple, aching welt was given.

But what if you were, you know, a smart kid? Did you need more brain stimulation than just shooting cars at your siblings’ stupid faces? The 1970s had you covered, with the humid excitement of the burgeoning computer revolution and that most exciting artifact of that era, punch cards. 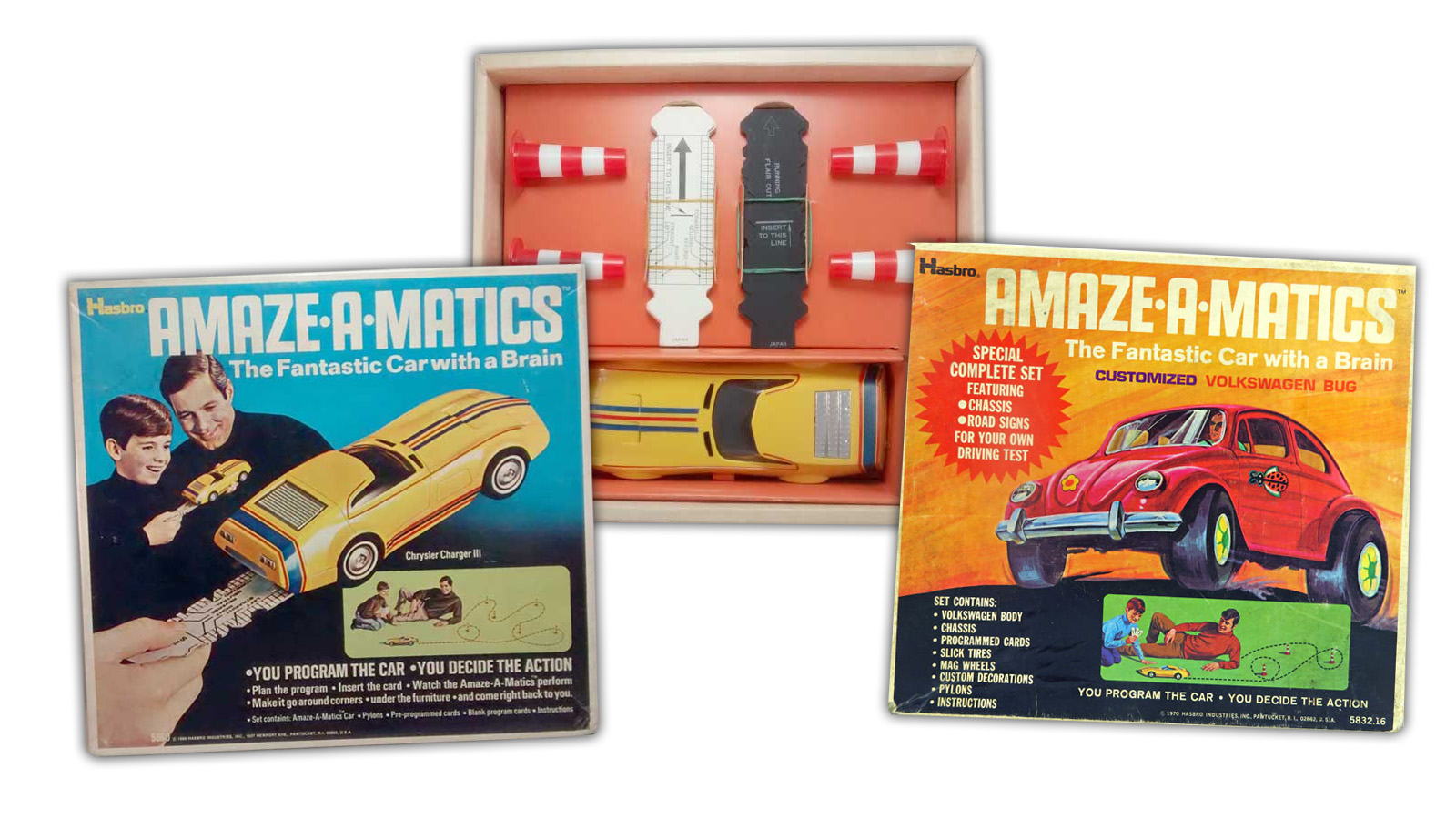 These things were wildly clever; essentially, they were battery-powered cars that could go forward and backward, turn right and left or go straight. Those actions, plus shifting to neutral made up a total of six possible commands, which could be triggered via notches in these punch-card-like strips that would be inserted and fed through the car. 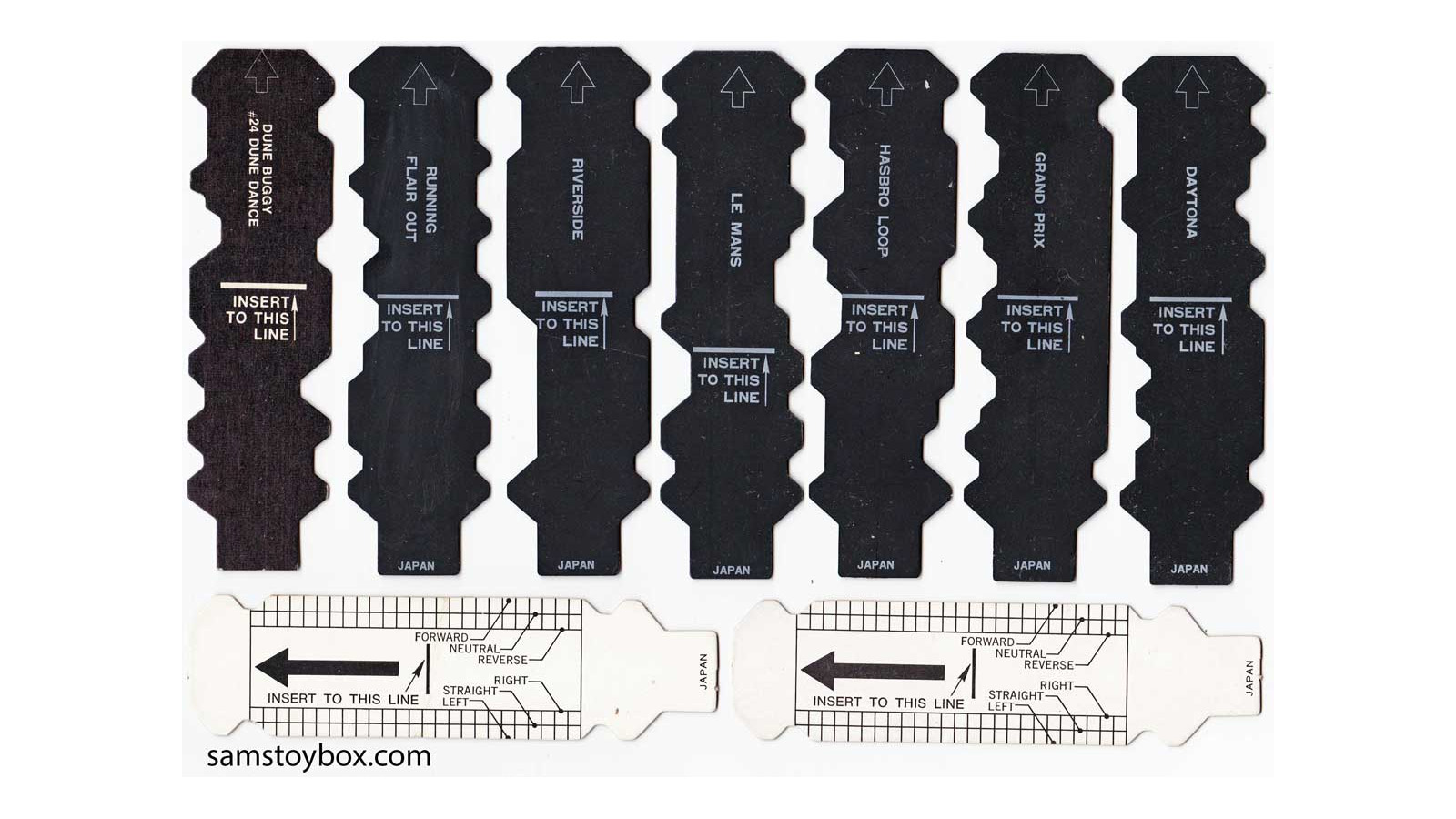 As you can see, these also included blank template cards you could make yourself, cutting out notches for what actions you wanted, and in what sequence. There’s no actual computer in operation here, just a series of switches that are actuated by the moving of the card through the chassis. Still, it is a stored program that gets executed, but you can’t, say, have conditionals or wait for inputs. It’s more like the punchcards used in a Jacquard loom.

Okay, one more computing-based one, and the only one that I actually encountered in my youth, way way back in the Stupid Ages. The Big Trak.

The Big Trak was like an evolution of the Amaze-A-Matic, but this time had an actual computer that could store commands (up to 16) and thereby eliminated the need for a punch card. Also, it could understand units of distance and rotation and could flash lights and even dump stuff out of an optional trailer. This thing was hot shit. 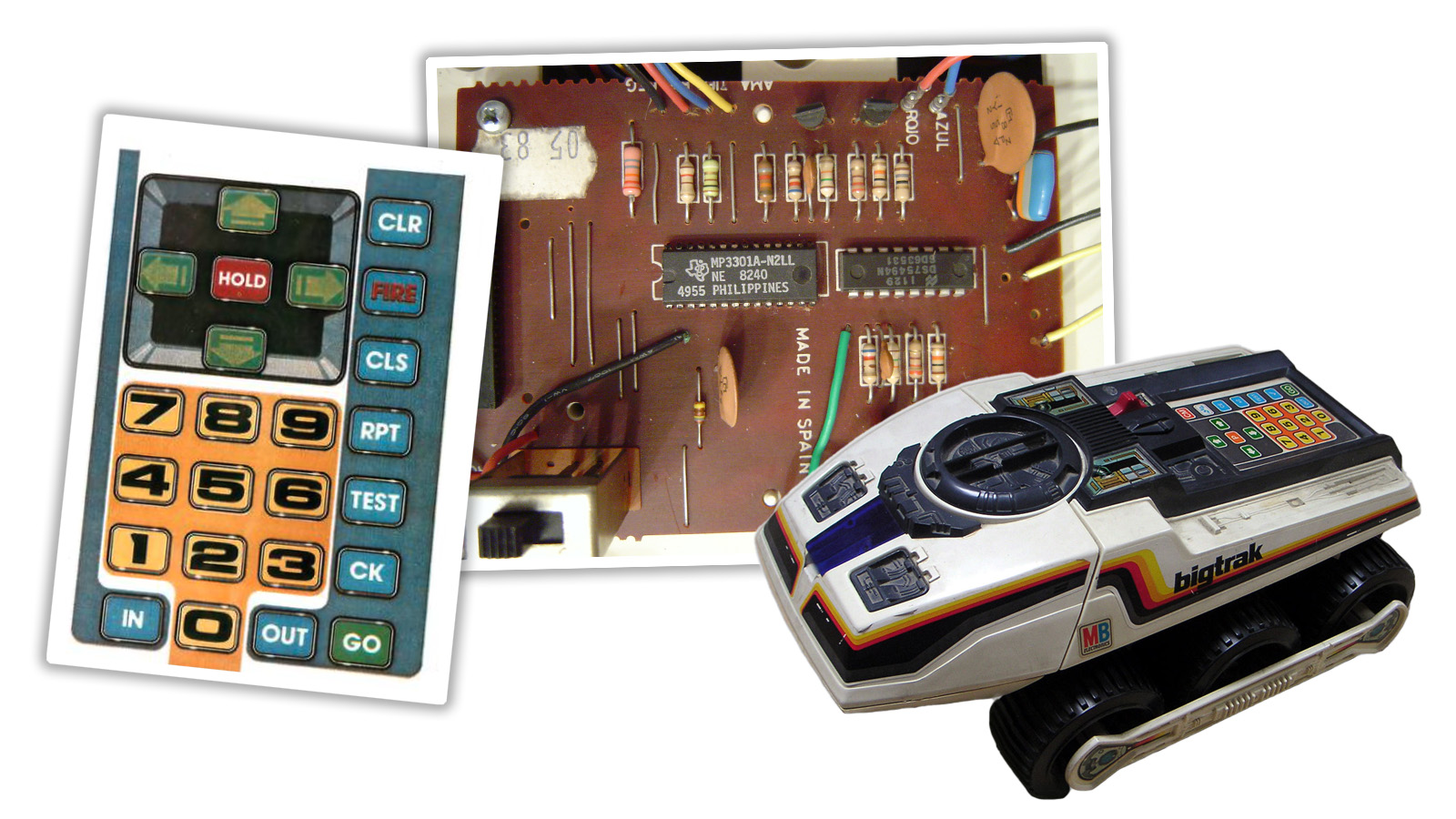 Big Track was based on a Texas Instruments TMS1000-series four-bit microcontroller, complete with 32 bytes of RAM memory to store commands. That’s less than what it would take to store this sentence.

Here are all the commands you could get a Big Trak to execute:

It looks like maybe the “in” function might one day have added some kind of sensors to the Big Trak? As it was, it was completely blind to the world, so if your program drove it down some stairs or off a fire escape or into traffic or lava, it would not have minded.

Also interesting: today, people hack these things with Arduinos and make them into much more robust robots. Well, robots at all. Incredibly, people were doing that back in the day, too! Back in 1981, an article in Byte came out with instructions to let your computer control Big Track via wire or even radio! Hot damn.

Car toys are amazing now, no question. But it’s good to remember that people have been wanting badass car toys at least since the Babylonian era, and it’s incredible how many creative and absurd ways were tried to achieve just that. There are reasons why we old bastards get all nostalgic about dumb stuff, after all.

Meet The Adults Who Build Miniature Worlds So Their Meticulously-Crafted Toy Cars Will Look Real. I’m One Of Them

Hot Wheels Has Never Made A Brubaker Box Toy Car. It’s Time To Fix That

(Thanks to Peter for all the research!)

I'm a co-founder of the Autopian, the site you're on RIGHT NOW! I'm here to talk to you about taillights until you cry and beg me to stop, which I absolutely will not. Sorry. Hug? Also, David's friend.
Read All My Posts »
PrevPreviousRenting A Car From Turo Was Somehow More Convoluted Than Picking Up A Car From The Airport
NextHow The Hell Did The Ferrets Get Into The Plane: Comment Of The DayNext