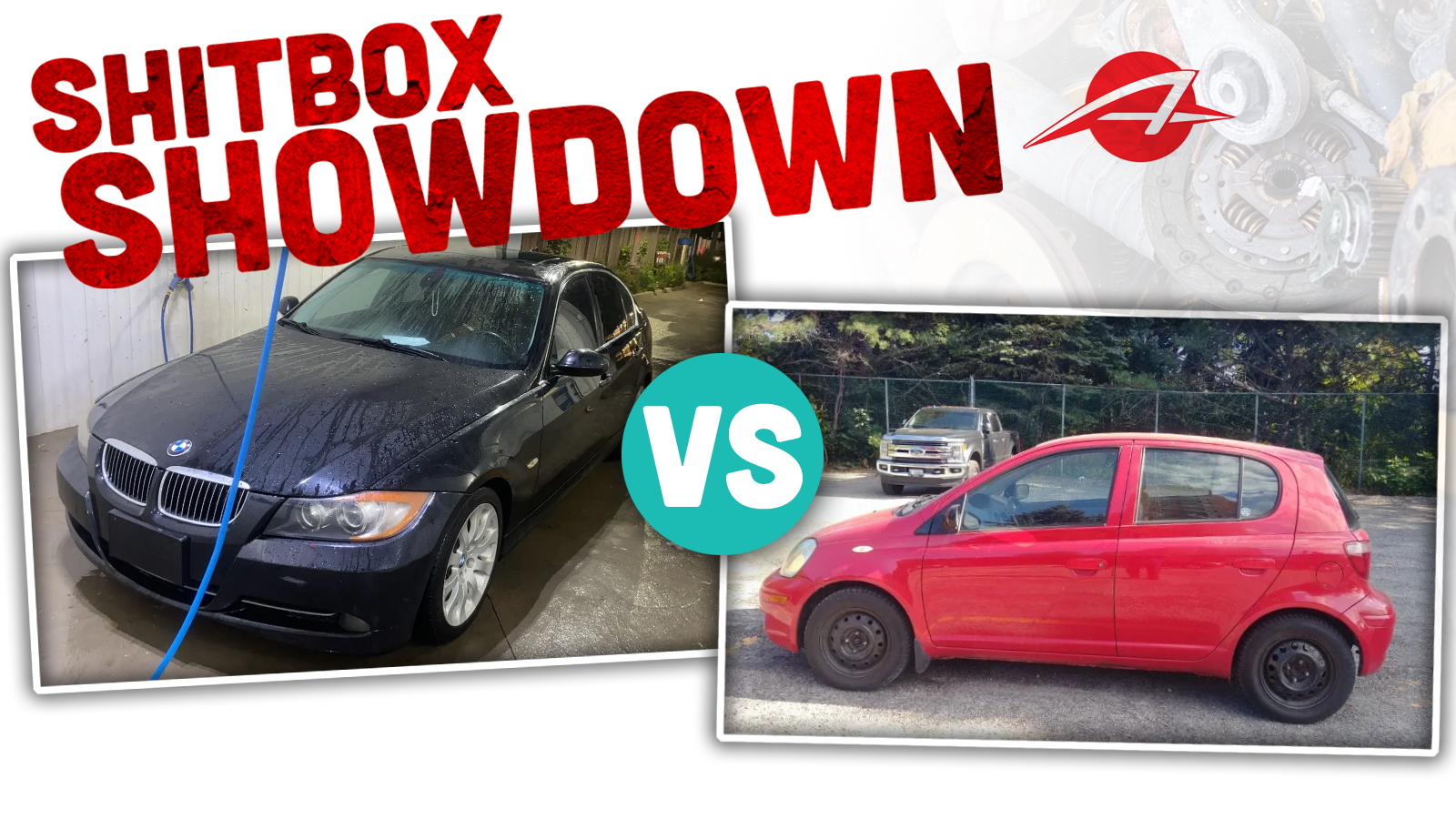 Today, I’m going home both literally and figuratively as we look at cheap cars from my life in and around my home, Toronto. First, let’s see how our battle of replacement horses went. 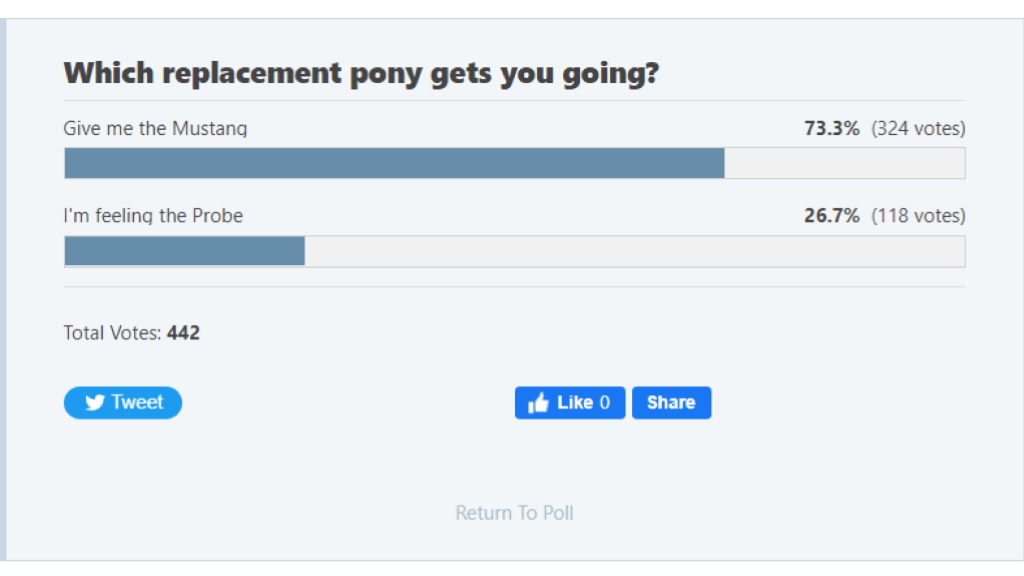 Ah, you see, that’s not nearly as close as I expected, especially given the Probe’s fuel economy. Kudos to the Mustang for getting an easy win over the Probe, proving history right. Anyway, let’s talk about home. It’s the day after Christmas and due to storms, pandemic, and a litany of other reasons, many of us weren’t able to spend it with the ones we love. In my neck of the woods, flights are mostly canceled and the drive to see my parents is best measured using a calendar. So, let’s redefine home, with two cars similar to artifacts from my past and present, both located in the city I call home. Let’s get on with it. 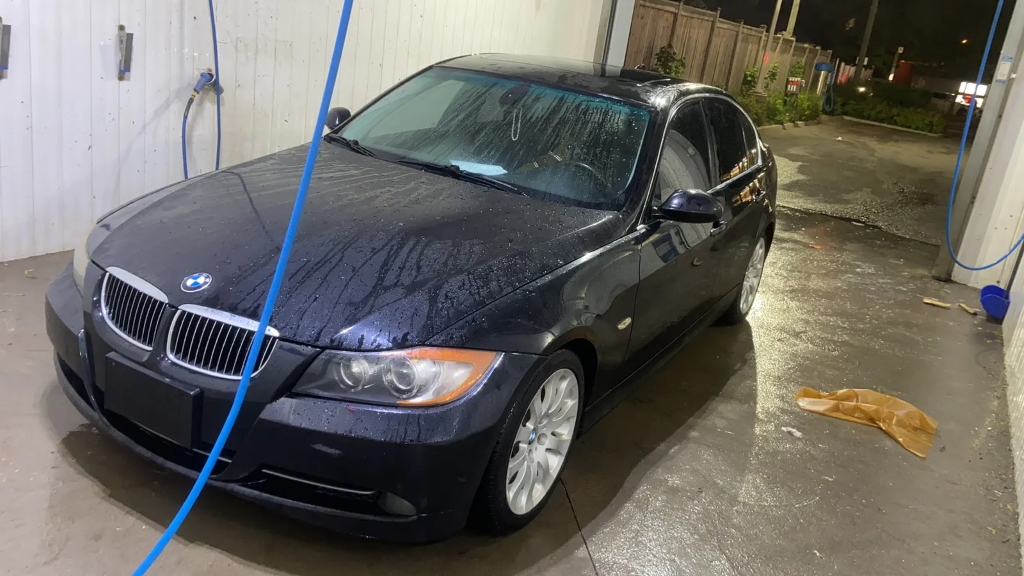 Let’s start with the here and now, an E90 BMW 3-Series. I’ve adored these cars for a long, long time, so much that I waited for the right spec and bought my own in 2020. Believe it or not, my 325i has been the cheapest car to run on a yearly basis of any car I’ve owned. Fuel economy’s been fantastic, maintenance requirements have been reasonably light, and insurance costs aren’t a kick in the teeth either. The 3-Series we have today is my car’s big brother, the 2006 330i, a bit of a forgotten gem in the North American market. 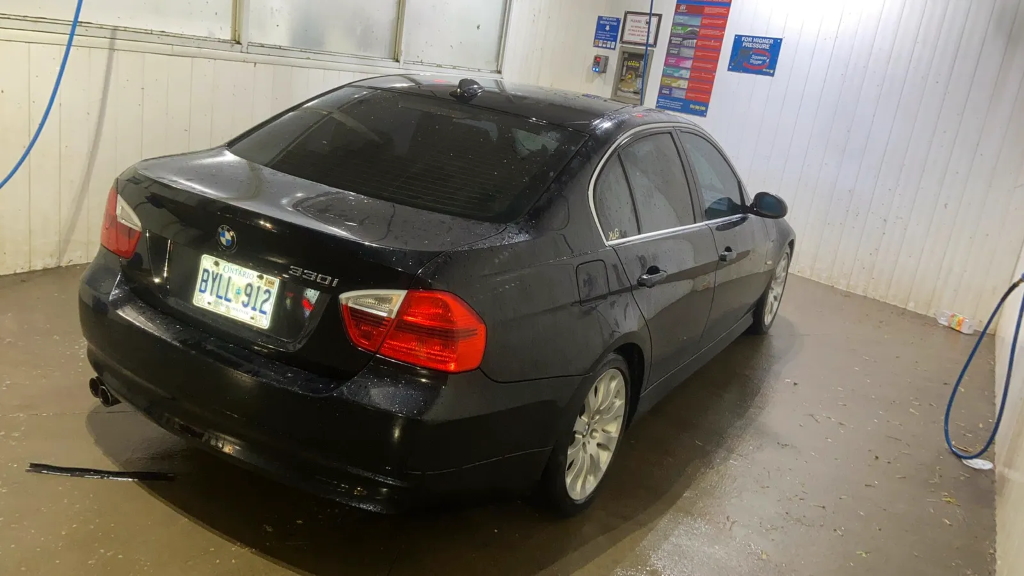 This rare one-year-only special is powered by the same three-liter N52B30 inline-six as my 325i with one key difference – 330i models got a three-stage variable-length intake manifold good for more power. How much more power? How does a 40-horsepower bump to 255 ponies sound? What’s more, this 330i puts its power down the proper way, to the rear tires, although the six-speed automatic gearbox in this one certainly doesn’t offer the engagement of a manual. The seller says they’ve done the lion’s share of typical maintenance for a 330i of this age including a new starter, a new radiator, and a new battery. 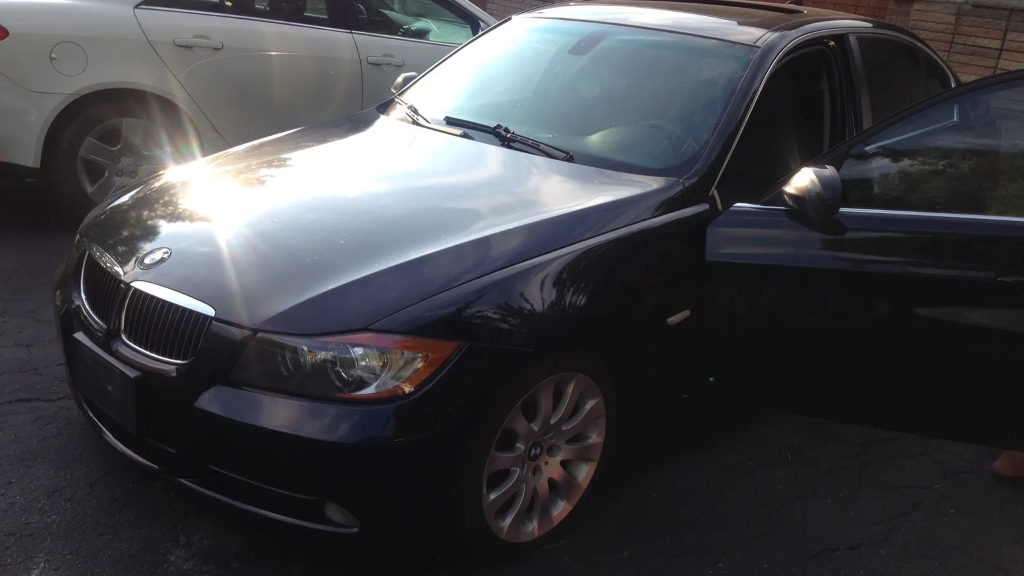 On the outside, this 330i appears to be in great shape. The plastic headlight lenses are nice and clear, the black paint shimmers in the sun, and even the wheels look to be in great condition. It’s the sort of shape I’m eventually working towards for my 325i. Mind you, there does appear to be a scuff on the rear bumper, although I wager it’ll buff out. 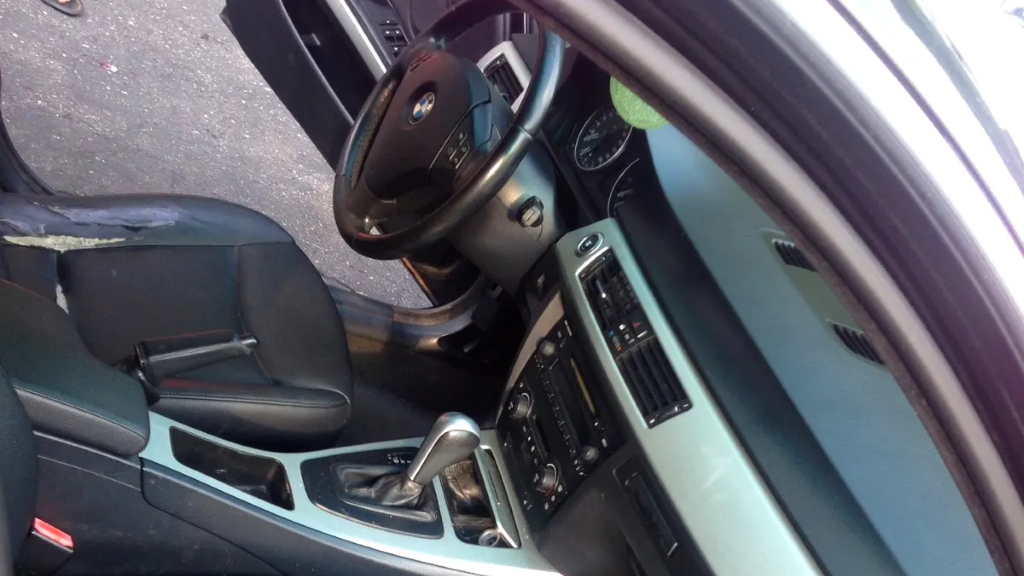 Mind you, this 330i doesn’t appear to be a high-spec model. For starters, it’s missing the sport pack, which includes substantially starchier suspension, staggered wheels, a sports steering wheel, and a phenomenal set of sports seats. There’s also no Logic 7 audio system, no rear roller blind, and no ultrasonic parking sensors. On the plus side, low-spec means no iDrive, so at least you get a clean dashboard. As for interior warts, the driver’s seat is torn quite badly, plus there’s some typical soft-touch plastic wear. 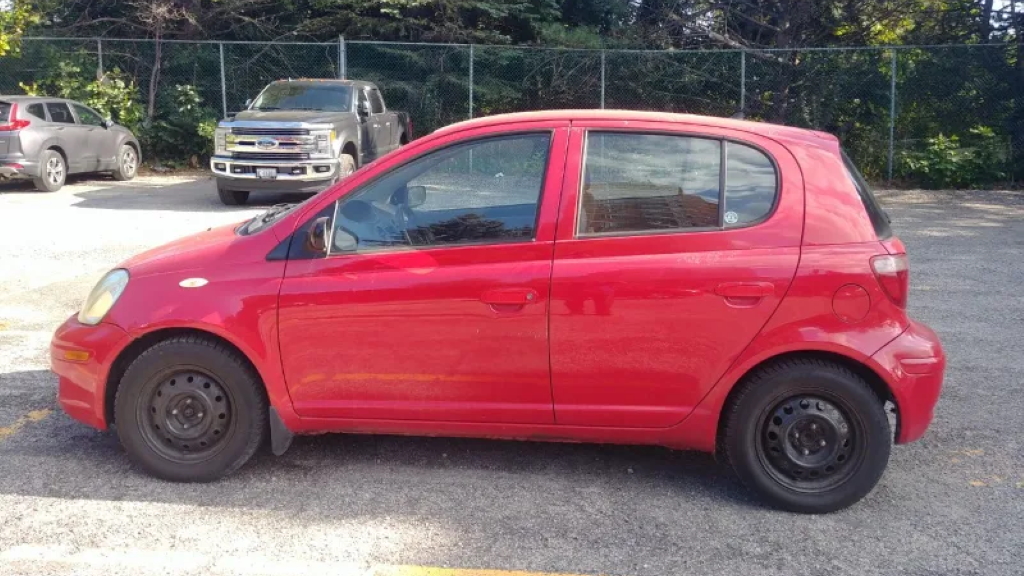 Runs/drives? Of course it does.

If we take things back to the absolute beginning, there was a Dodge Colt. Unfortunately, Dodge Colts have nearly vanished over the past few decades, so let’s skip ahead to the second car my dad owned when I was young – a red Echo. This humble little Toyota may have only had 108 horsepower and fewer of those made their way to the ground by virtue of the automatic gearbox, but my dad made sure he got his money’s worth out of them. After countless road trips and several sets of control arm bushings due to enthusiastic driving, its final act before being sold was to teach me how to drive. 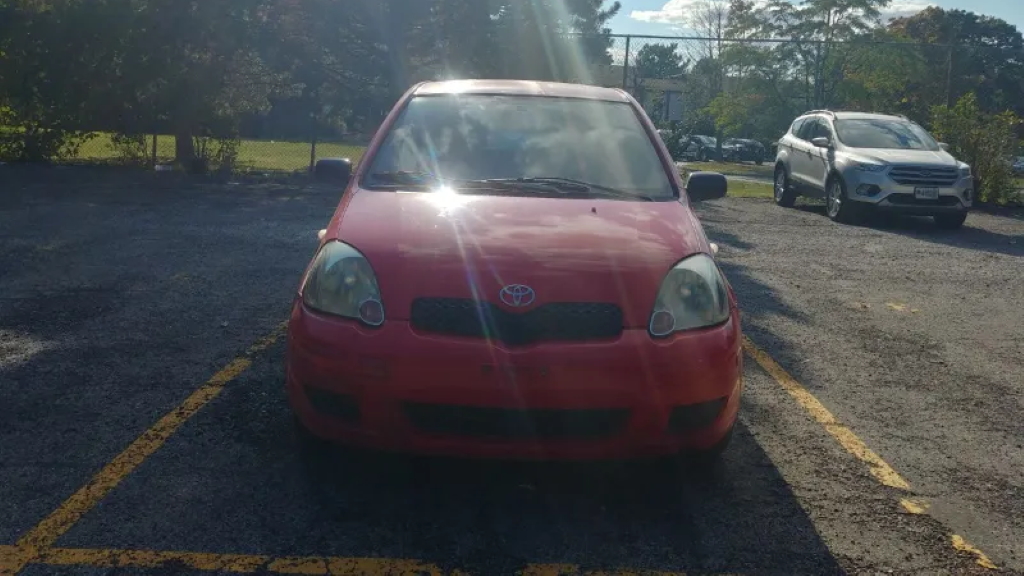 Indeed, this Echo also sports a 1.5-liter four-cylinder engine making 108 horsepower, although it features a five-speed manual gearbox to really show what those ponies can do. While not exactly quick cars, the manual examples weren’t slow for the era. Car And Driver clocked a five-speed Echo to 60 mph in 8.4 seconds, an extremely reasonable number even by today’s standards. 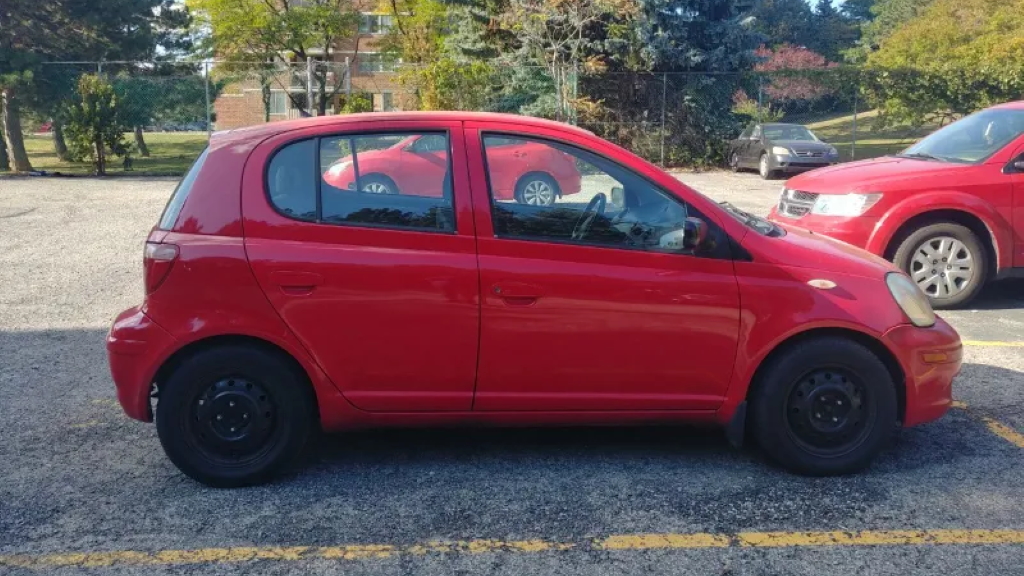 Of course, this Echo is also a bit different because it’s something America never got. For two years only, Toyota sold a hatchback version of the Echo in Canada. It lost the sedan’s middle rear seat but gained a bit more practicality in the process, plus Toyota marketed it using a truly bizarre advertising campaign. Click this link at your own discretion. This particular Echo hatchback looks to be in great shape, although it is missing its hubcaps. Still, any excuse to splash out on alloys, right? 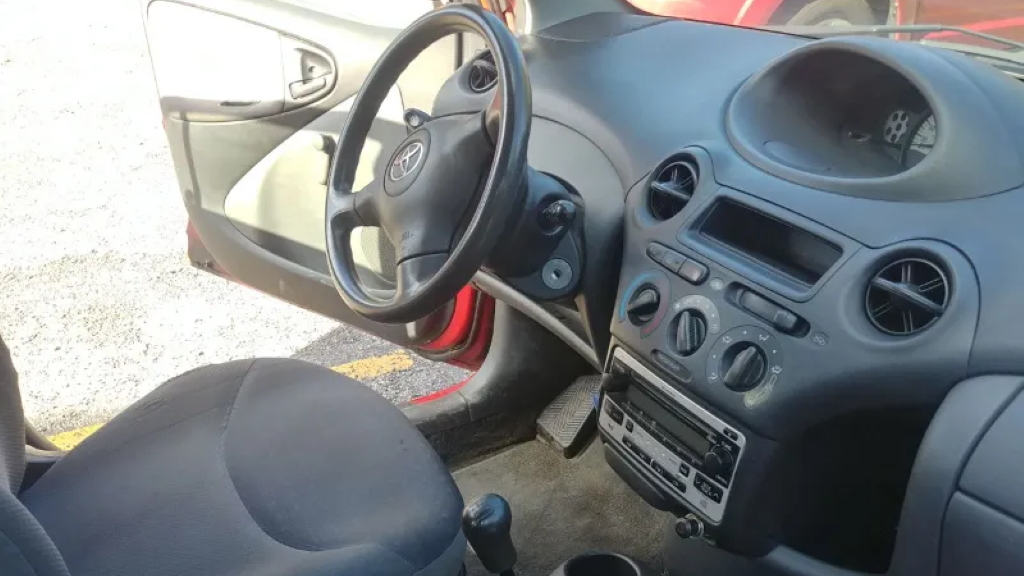 On the inside, this Echo looks equally well-kept. There’s a bit of rippling on the driver’s outer seat bolster, but that could be fabric coming away from the cushion instead of a tear. We had that happen. Otherwise, it’s bone-stock down to the factory head unit, likely a sign of mature owners who didn’t feel the need for phone connectivity.

So there we are, two cars that are reasonably close to artifacts from my automotive history. Normally I’d say choose wisely, but in this case, vote with your heart. After all, I’ve already voted with my wallet. Happy holidays, everyone.

Why My Only Car Is A ‘Boring’ High-Mileage BMW 325i

I Ran Into My First Car At A House Party

Thomas is a Nu Rave-blaring, heel-toe downshifting, maple syrup-swilling, chassis-geeking, junkyard parts-hauling, floppy-haired scenester who's been writing about cars since college. His current ride is a 2006 BMW 325i with the six-speed manual gearbox. Instagram: @thomas.hundal Twitter: @thomashundal
Read All My Posts »
PrevPreviousMovin’ Right Along: Cold Start
NextWhat Car Stuff Did You Get For The Holidays?Next