Welcome back to Shitbox Showdown, where we take two crappy cars and let you decide which one’s the least-worst. Before we get into replacements for an American icon, let’s take a look at how yesterday’s all-weather wagon showdown went. 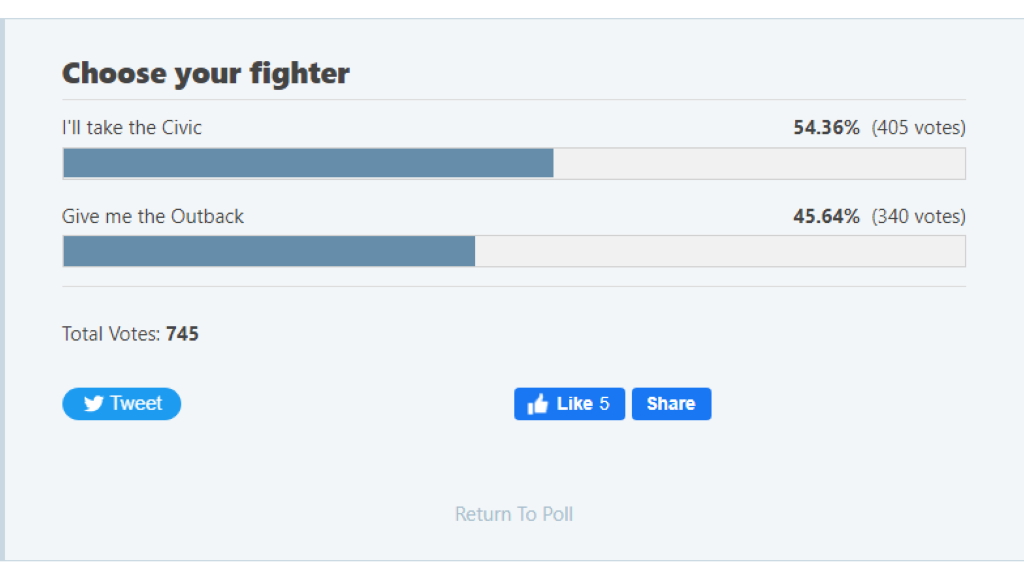 It’s reasonably close, but the Civic takes it. What did I expect? Reliable curiosity beats run-of-the-mill any day of the week. Today, we’re talking about cars meant to replace the Fox body Mustang. There was a time when Ford considered killing its darling, but thankfully that didn’t happen. Still, we’ve lined up an eventual replacement against an intended replacement to settle a score. 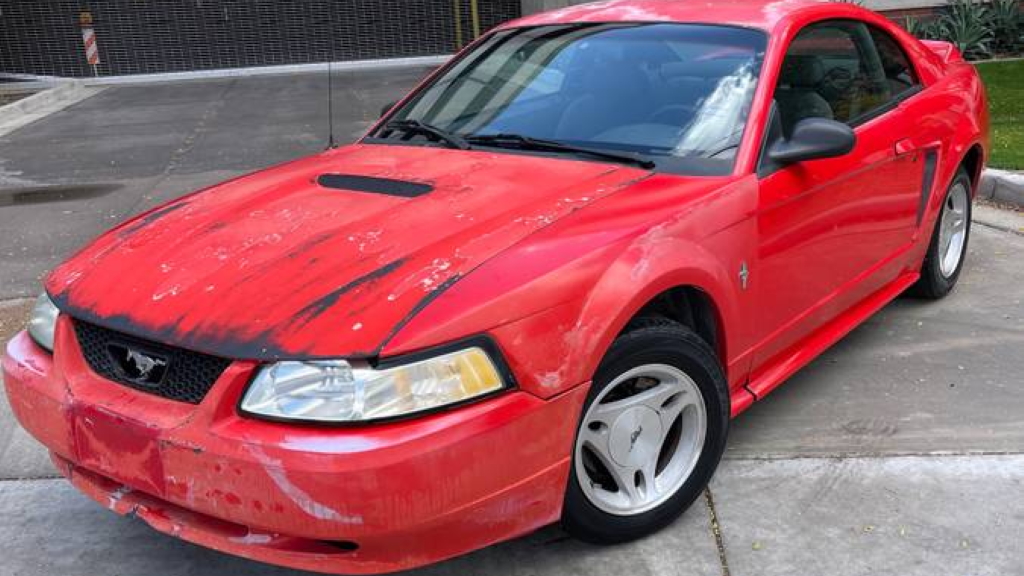 While this isn’t exactly a direct replacement for the notorious fox body Mustang, it’s the facelift of the replacement. Welcome to the New Edge Mustang. In 1999, Ford took the fourth-generation Mustang and decided to toughen up its appearance by adding a ton of lines and straightening out many curves. The result is this, a more aggressive Mustang than the model launched in 1994. 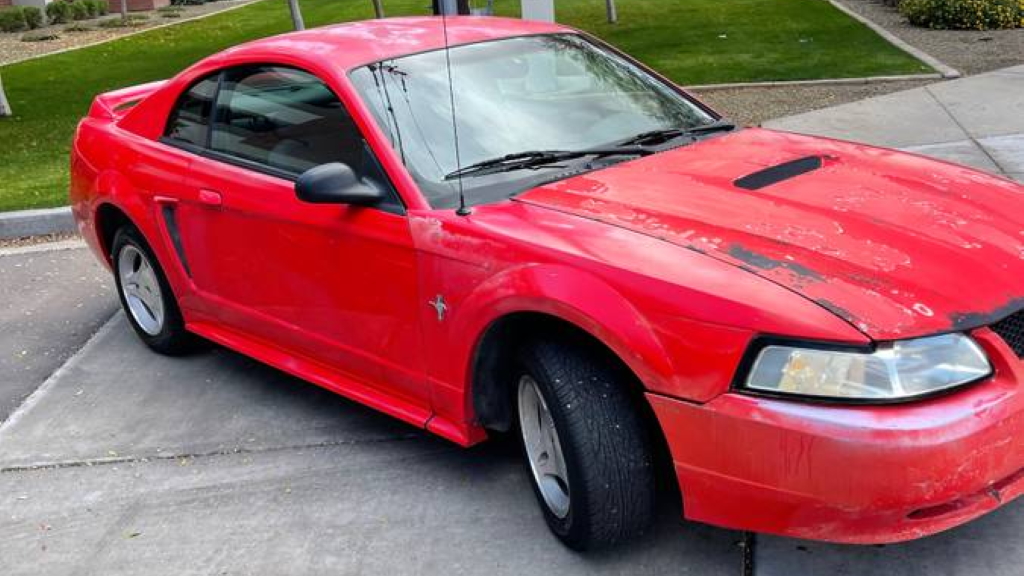 Although these base-model Mustangs were much sprightlier than their four-cylinder predecessors, they still leave something to be desired in the acceleration department. While New Edge V6 Mustangs gained split-port induction for a 40-horsepower boost over older models, this 3.8-liter V6 made 190 horsepower – four fewer than a V6 Camry from the same vintage could pull out of three liters. Still, at least the five-speed manual means as much power as possible makes it to the rear tires. 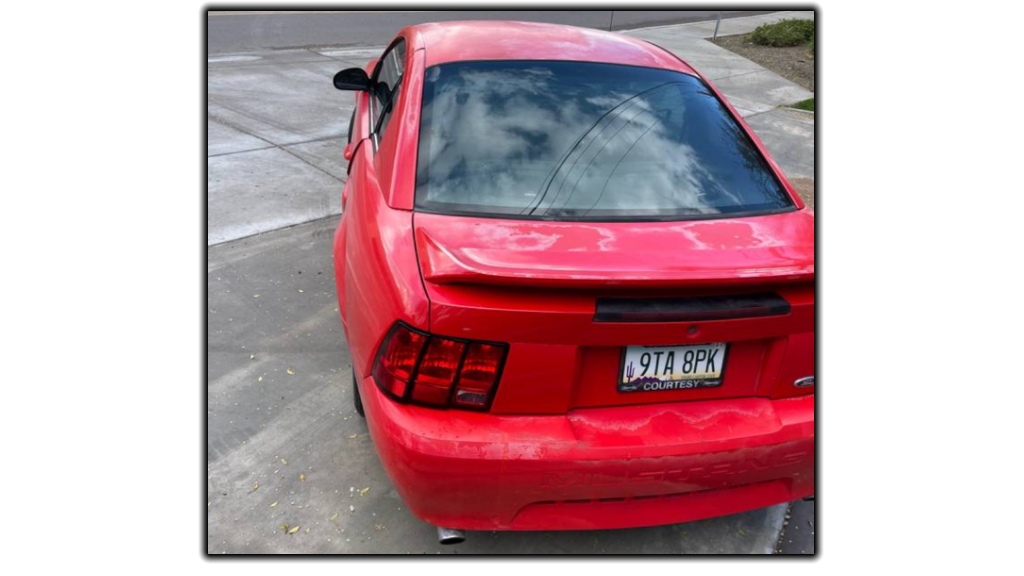 On the outside, this Mustang has seen some shit. The paint sort-of exists, although the clearcoat is flaking due to life in the sun and there are massive black marks on the hood. Are those due to paint failure or due to hitting stuff? Who knows? Either way, this is one ugly ‘stang despite the bright red color. 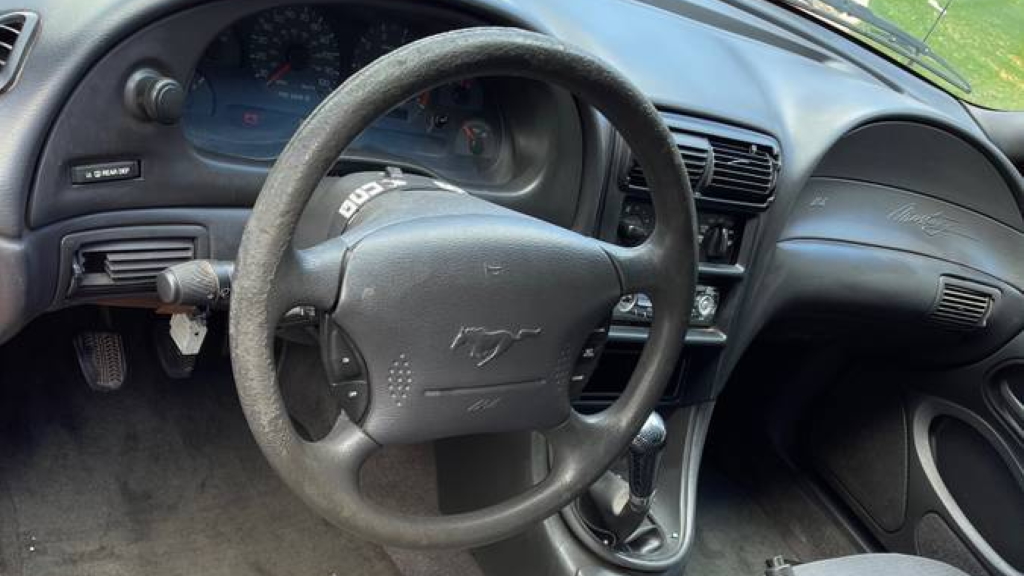 There isn’t much great news on the inside either, as the driver’s seat is torn in multiple spots and the dashboard is cracked. Bargain-basement materials abound, and bolstering is virtually nonexistent. Still, at least the air-conditioning is said to blow cold, not that it matters a great deal in the winter. 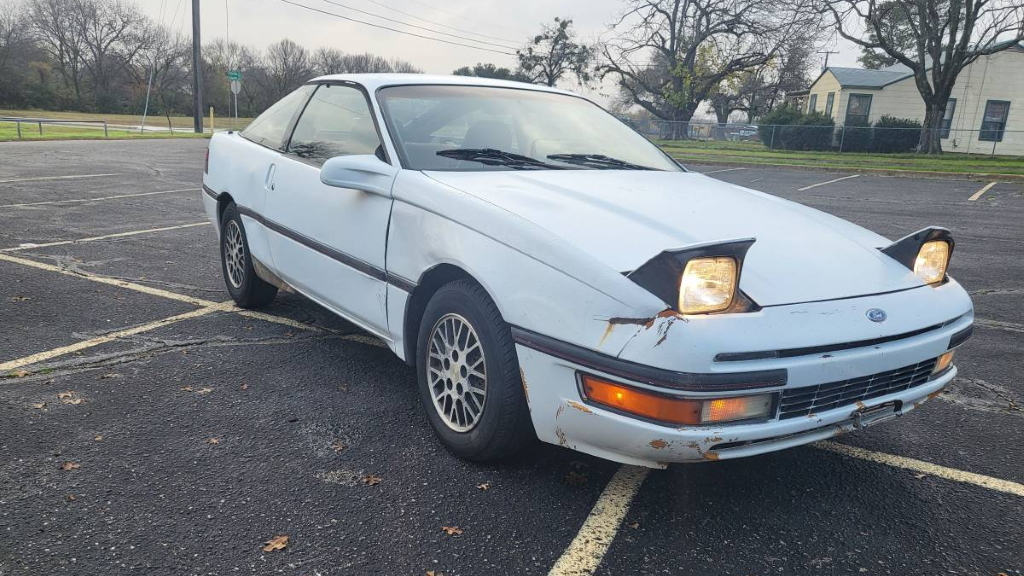 Oh, but the fourth-generation Mustang almost didn’t happen altogether. Back in the early 1980s, things were pretty dire at Ford. The smash-hit Taurus was still a few years out, and shaken by the 1979 energy crisis, Ford considered replacing the Mustang with a front-wheel-drive coupe. While the Fox body would live to see another day, the front-wheel-drive replacement saw enough opposition to undergo a name change to Probe. 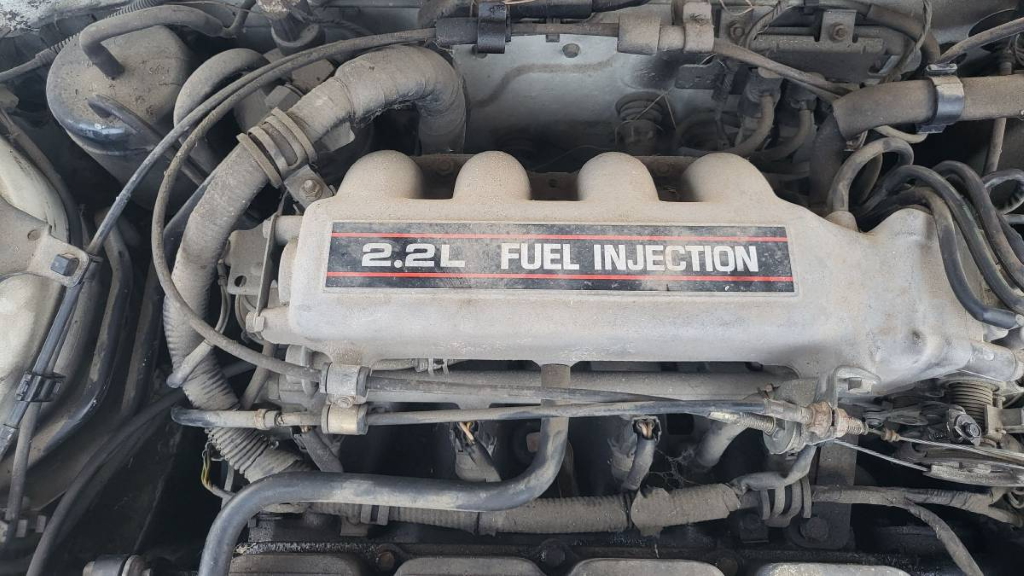 Under the hood of this 1991 Ford Probe sits Mazda’s 2.2-liter naturally-aspirated four-cylinder engine with 110 horsepower and 130 lb.-ft. You could also get a Probe with a turbocharged motor and a V6, but this isn’t any of the fast ones. Instead, it’s a neatly-styled cruiser, putting power down through a four-speed automatic gearbox. This makes a lot of sense as the Probe’s underpinnings come from the Mazda 626. 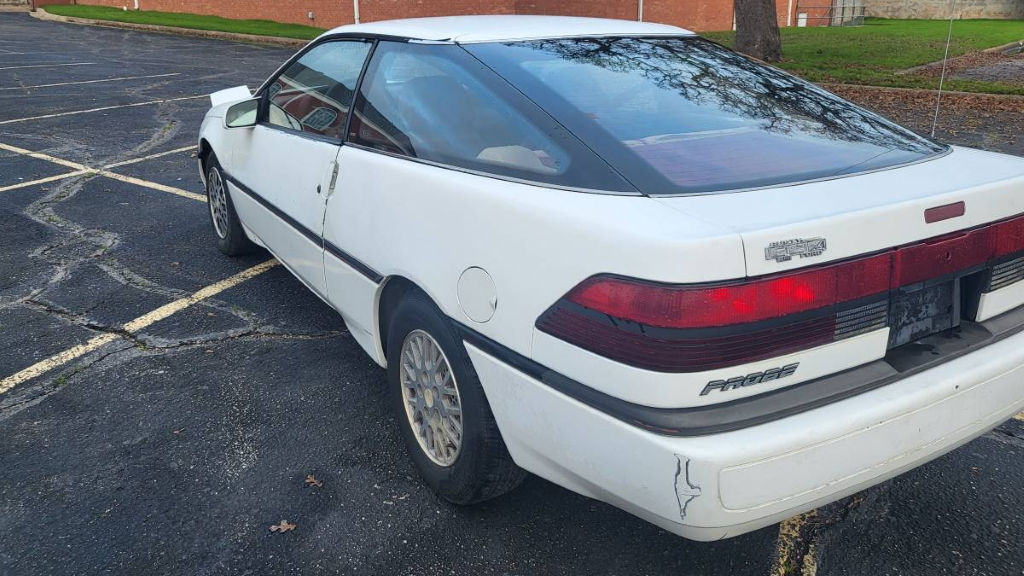 On the outside, this Probe bears the battle scars you might expect in a 30-year-old daily-driver. The bumpers are scuffed, the right fender has a bit of a gash, and there are numerous dents around the body. However, thanks to the Texas climate, there doesn’t appear to be a ton of rust on this little economy car. 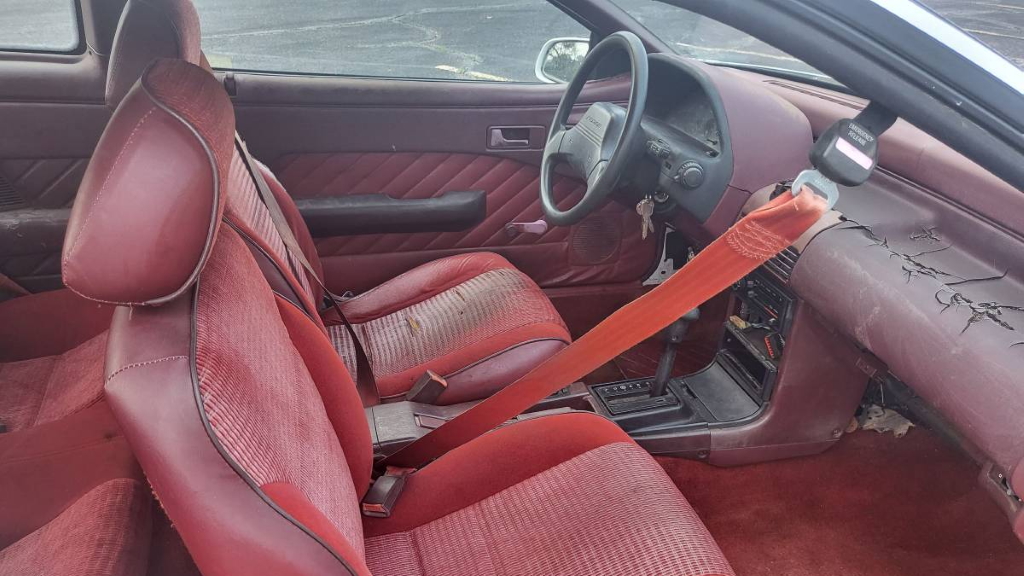 Moving to the inside, things get a bit worse. While the southern weather has gone relatively easy on the bodywork, it’s left the dashboard looking like a deathcore band’s logo. Add in a torn driver’s seat and stains in the footwell, and this Probe’s far from mint. Still, red is a great interior color and motorized seatbelts are a nifty piece of dead technology.

So there we are, two very different planned replacements for the Fox body Ford Mustang. One’s a six-cylinder rear-wheel-drive pony car, the other a much cheaper economical front-wheel-drive coupe. As ever, choose wisely.