You know what’s wrong with the 1968 Steve McQueen classic neo-noir “Bullitt“? For turtleneck aficionados like myself, absolutely nothing. Anybody who says otherwise can get in the sea. Back in 2010 I took my first solo road trip to the U.S. and decided I was going to rent a Mustang and spend a week in San Francisco, in part, to visit some of the locations where the movie had been filmed. The S197 II Mustang had just been released, but unluckily for me the one the rental counter supplied had the Cologne 4.0 V6 under the hood, gasping out a pathetic 210bhp; it’s a boat anchor of a motor, no bones about it. In a 1982 Capri 2.8i (one of my favorite ever cars) the Cologne makes 160bhp, so some back of a cigarette packet math tells me the Mustang should have had at least 230bhp; I don’t know where all those nags had all bolted to, but when you’re driving in San Francisco and all you can see out the windshield is sky, you need all the power you can get. 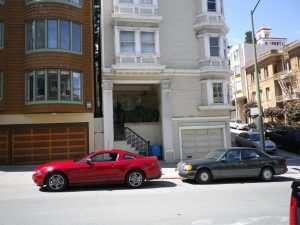 Hills. San Francisco has all of them. The location of Frank Bullitt’s apartment is 1155 Taylor Street, smack in the middle of the Nob (heh) Hill district — one of the hilliest parts of a very hilly city. The Mustang wheezed its way up and down them for a few days, alternately extending my spine and then smashing it to powder. If Bullitt were remade now [gives Spielberg the side eye], what you’d want would be a Mustang with an abundance of both power and suspension travel. If only Ford had a precedent for taking one of its models, stuffing the hood with too much engine, and giving it suspension like a full size Tamiya RC car. They could even give it a name and logo like an awesome eighties hair metal band…. 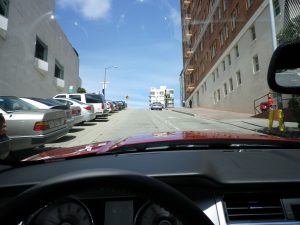 The latest Raptor (pretty sure I saw them open for Thunder at the London Astoria in about ’91) is the 2023 Ranger Raptor. First there was the F-150, but since then we’ve also had the Bronco Raptor and there’s been a European version of the previous generation Ranger outside of the US since 2019. If the Focus wasn’t being killed there would probably have been a Raptor version of that as well. Raptor all the things! And why not? Jacked up road cars are all the vogue at the moment, darling. Home brew safari editions have been all over Instagram for years, and OEMs are getting in on that sweet raised ride height action (oh god I am so over lifted 911s, unlike Torch who was under one). 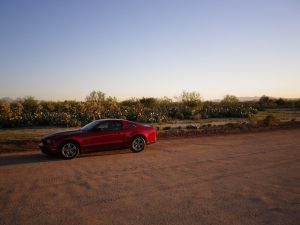 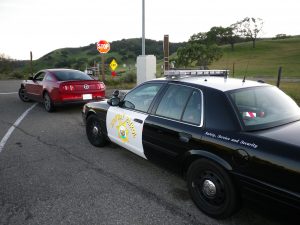 So let’s design a Mustang Raptor. The beauty of all these Raptors is they require very little, if any changes to the sheet metal. The majority of the changes you are going to make come below anything body colored. It’s really a matter of coming up with some new cladding to toughen up the lower half and making sure the chunk-tastic tires don’t protrude past the wheel arches (which in my renders I ignored and we’re not having this argument again). 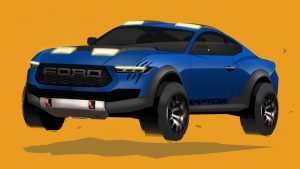 Trucks don’t have a wraparound bumper like a car, but I’ve given our Mustang Raptor a new front bumper. I think this is necessary for better cooling and a more aggressive appearance, but I wanted to make it menacing in a different way to the go-faster road based Mustangs. I just opened the whole thing right up and used the Bronco Raptor mesh pattern to fill out the hole.  In the middle there’s a simple bash plate with towing eyes, which I’ve tried to mount lower down to alleviate what I think is the biggest problem with the front of S650 – it’s monobrow. In the middle of the main grill I’ve slapped in the big FORD graphic which is a Raptor trademark.

Speaking of trademarks, a lot of designers sometime come up with a feature they are particularly pleased with and then try to use it when appropriate. I originally came up with spot lights on the hood as part of the power bulge for something I sketched up in the studio. My chief designer liked them because it avoided adding extra height onto an already tall vehicle. I’ve never been off roading but I understand more lights is better than less, so I’ve added a couple of additional light pods on the roof as well. Although I’ve sketched a separate pod for each half of the roof, this would probably all become one part attached onto the roof rails for production.

When you raise a car to go off road, as a consequence of lifting the whole thing up you’re making it much easier to see things like suspension arms, the rear axle and exhausts. Although you wouldn’t design any of these parts for aesthetics, what you can do is ‘tidy up’ the area visually. It may be something as simple as painting everything visible black so that area reads consistently.

Another trick is to try and cover up as much as possible, like how an engine cover makes the under hood area look nicer. With an off road vehicle it’s entirely appropriate to protect these areas so I’ve added a full width under shield finished in matt black. If we’re stuck with the standard exhaust then flattening off the tips might give an extra bit of ground clearance. Sometimes you’re fighting over millimeters so it all counts. 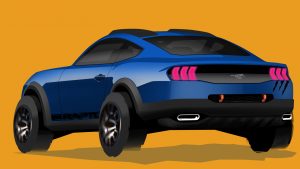 I was hoping to keep the standard rear bumper and cheat by covering it with cladding, but it looked a bit plain and as I was playing around with the towing hooks I realized that they sat much better visually in one wide cut out, rather than individual holes. The molding could still be the same though, just modify the bumper after it’s popped out so it doesn’t necessarily mean a completely new tool. Suppliers are very good at telling you what they can’t do – sometimes they need a bit of persuading.

A big part of the appeal of this sort of vehicle is it’s over the top appearance – not just stance and cladding but graphics. I originally went with a sort of orange color for the bodywork but it didn’t ‘pop’ enough in the renders so I changed it for blue, keeping the tow hooks orange as highlight color (blue and orange are complimentary in color theory, which is why you see this combination everywhere). Also David doesn’t want to be arsing about telling a no off-roading experience dipshit like me to where to hook a strap when he can just yell “ATTACH IT TO THE ORANGE THING” before the car sinks even deeper into the crap.

Finally I blacked out the rear panel because I prefer the way it looks, and added Raptor graphics to the bottom of the doors in the traditional Mustang stripe position. The scratch marks I debated over whether they worked or were too much, but when doing speculative stuff like this it’s better to start a bit over the top and wind it back, rather than going safe and then chucking stuff on trying to jazz it up.

Is this the next logical Raptor model for Ford to make? Or have I once again smashed your hopes like a rock through a sump pan, the hot oil leaking like tears down your cheeks? We’ve not done one of these for a while, so if it gets a bit bouncy down there in the comments, at least I’ve got the suspension travel to deal with it.

Professional Car Designer and writer about car design. I have a BA in Automotive Design and a Masters in Vehicle Design from the Royal College of Art in London, where J Mays was my tutor. He used to bring in donuts. I was hired from there into a major European OEM. I daily drive a 2011 L320 Range Rover Sport and also own a 1983 Ferrari Mondial QV. I always wear black, love goth music and have way too many books. twitter: @adrianfclarke. Instagram: adrianfclarke
Read All My Posts »
PrevPreviousYou Can Score $7,500 Off A Tesla Model 3 Or Model Y Until January
NextThe Hyundai RN22e Is An Ioniq 6 Track Weapon. But We Need To Talk About Fake EV ‘Engine’ NoiseNext