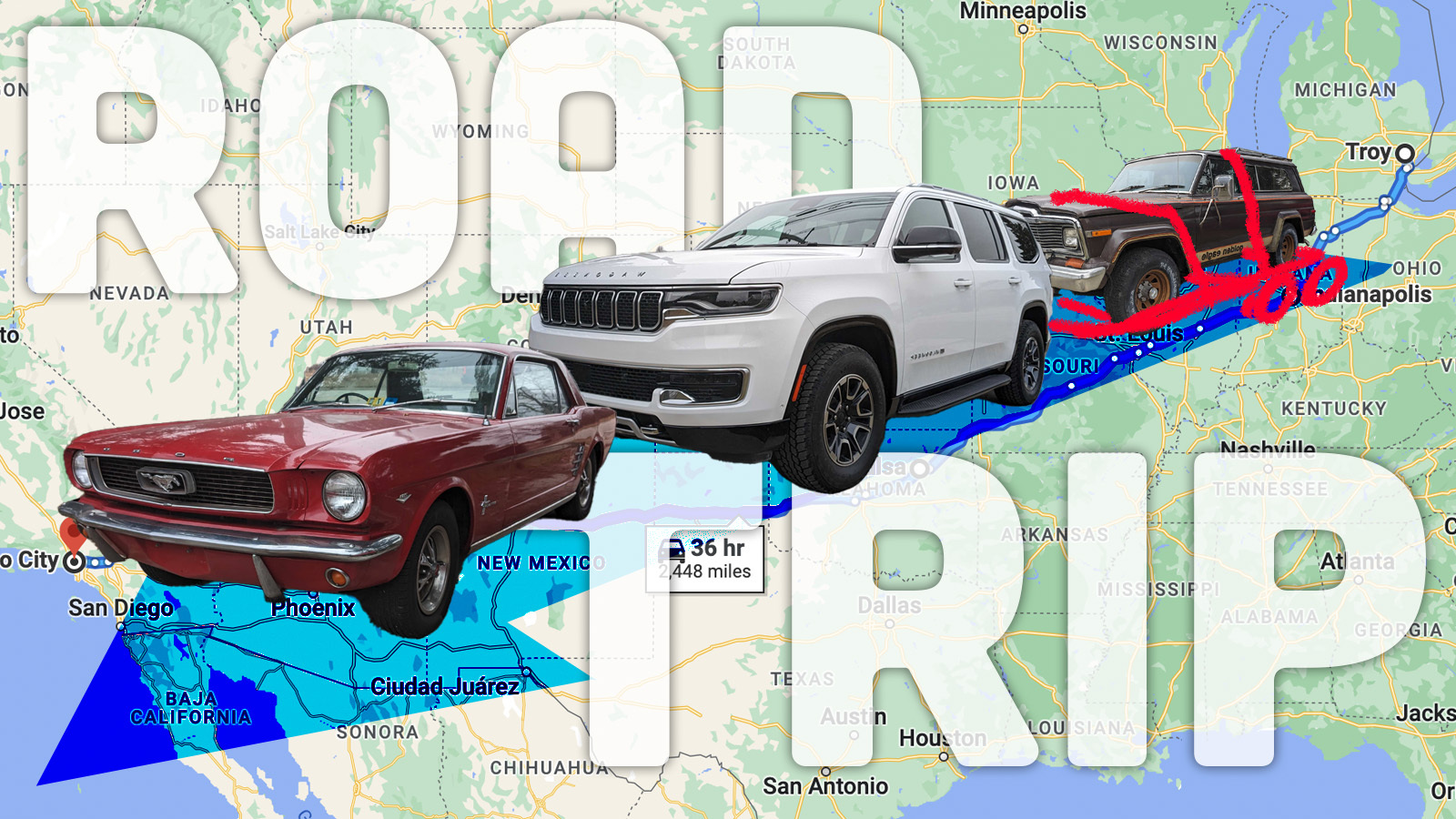 My move from Detroit to LA begins on Monday, when Jason Torchinsky hops into a luxurious 2022 Jeep Wagoneer to tow my 1979 Jeep Cherokee Golden Eagle, while I freeze my butt off in a 1966 Ford Mustang whose heater works about as well as the breath from a small cat. Needless to say: I’m excited! Here’s a look at the route we’re taking; we plan to host meetups at some major cities in Indiana, Oklahoma, New Mexico, Nevada, and then eventually in LA. Come say hi!

I’ll be honest and say that my move is an absolute disaster. Nearly a decade in Michigan, a single man with too much space, an obsession with large machines — it all adds up to shit, a whole lot of shit. And I’ve got to get rid of it, pronto.

But packing is really the least of my concerns at this point; I’ve got to run this publication, write the finale for Project Cactus (and help edit the video!), plan the logistics of this move, and then I’ve got to deal with the fact that my tools are buried in a sheet of ice in my garage thanks to a pipe-burst the other day:

Our EIC @davidntracy is about to have all of his tools literally frozen to Michigan. Will he ever actually move? pic.twitter.com/CxurHBbdhM

On top of that, the city is up my Arse again: 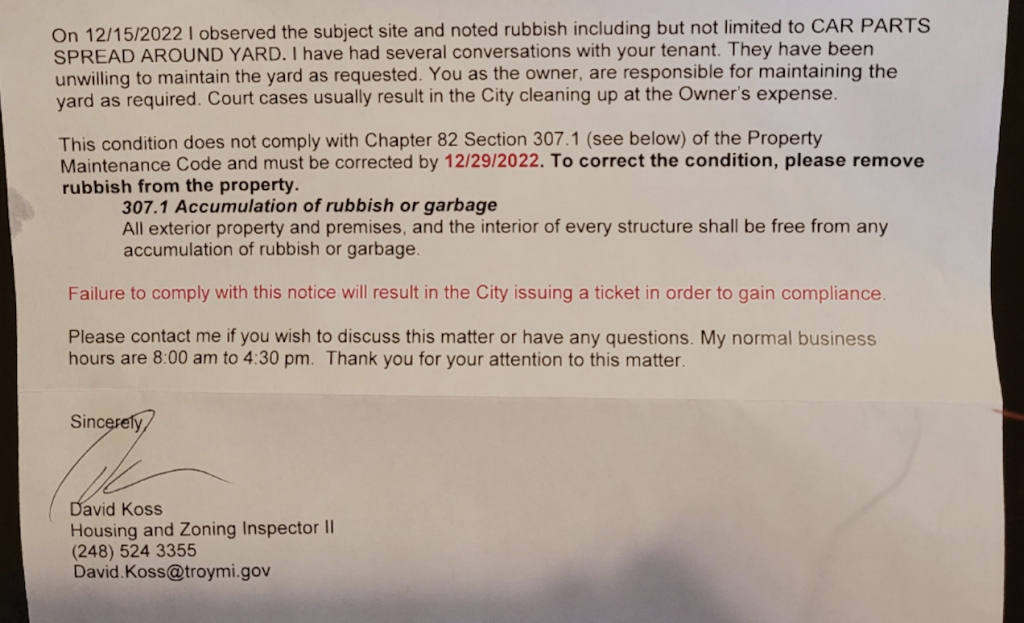 As for Christmas-y things? You can forget about those. I’ll call my family in Germany on Christmas eve, down the box of chocolates my wonderful business partner Beau sent me, and keep plugging away at that Project Cactus Finale until it’s published on the J-man’s birthday. Then I’ll pack all night so that on the 26th, the day Jason Torchinsky and his awesome son Otto show up, we can disembark.

By the way, here’s our route: 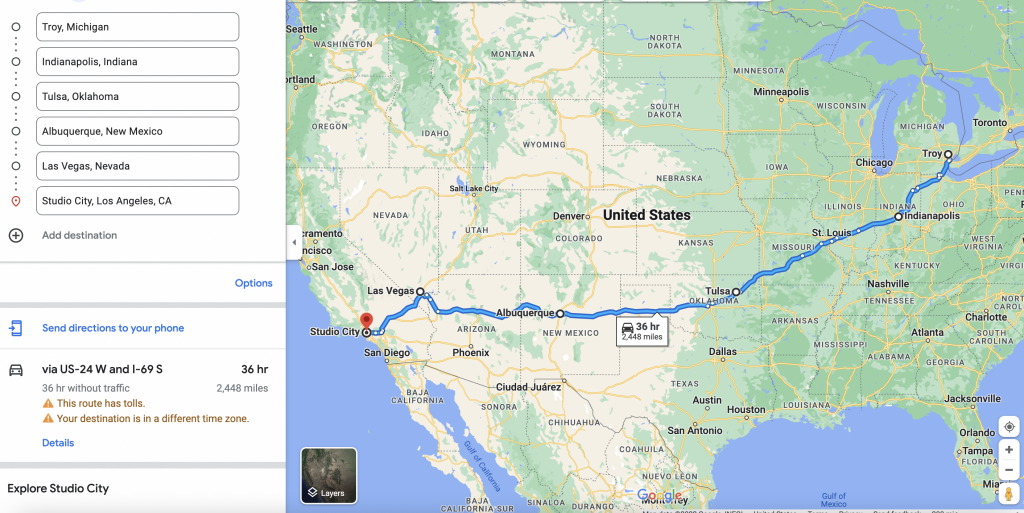 We’re headed south to avoid snowy mountain passes, since my brother’s 1966 Ford Mustang has Douglas tires that are horrible on anything that isn’t dry, and the Wagoneer that Jeep graciously lent us is on all-terrains, though perhaps more importantly, it’ll be towing this thing: 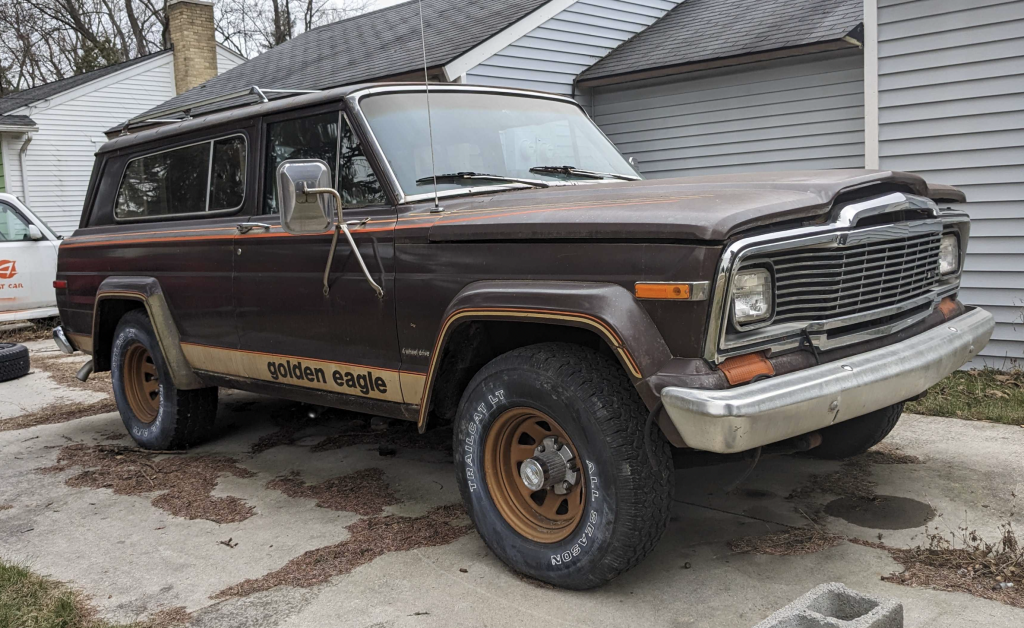 I’ve rented a U-Haul trailer for $400; that plus the Golden Eagle should weigh about 7,000 pounds, so I’m excited to see how that boosted straight-six in that Wagoneer handles it. 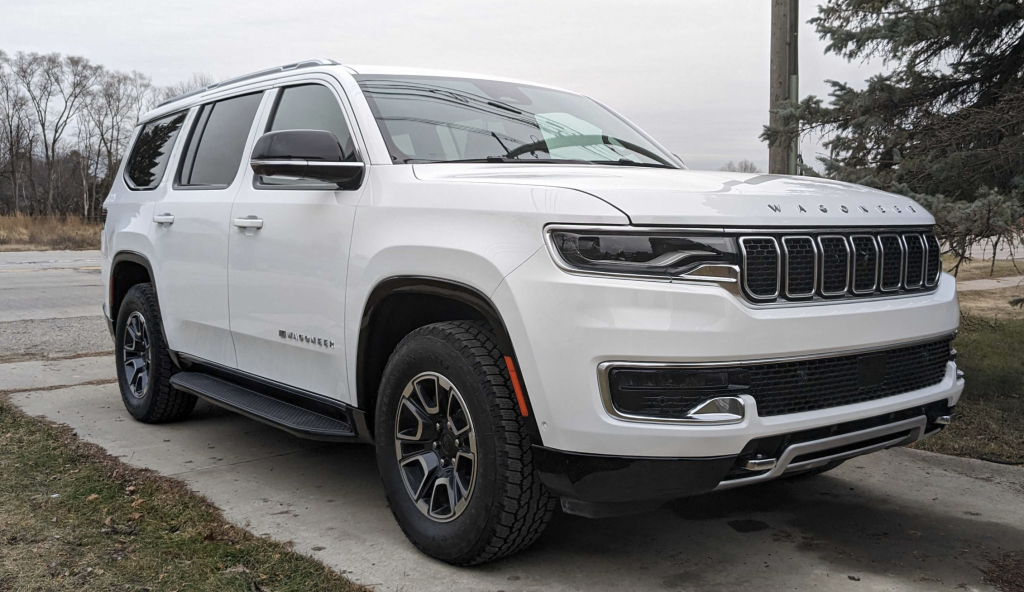 I’m less excited about driving the Mustang in 15F temperatures and salt-covered roads. The good thing is that I recently had it undercoated out of an abundance of caution:

In preparation for my drive to Los Angeles, I'm having the Mustang undercoated. This thing may see salt on the drive, and I have to make sure it's protected! pic.twitter.com/tHzU3CN0WG

I’m now going to drain the 15W-40 goop in the crankcase for some 10W-30 Synthetic Blend Shell Rotella, and then hope the play in that passenger’s side control arm bushing doesn’t get out of hand. Else, I may need to borrow one of y’all’s garages.

Anyway, follow our Twitter page to stay up to date on our trip, as well as on meetups we have along the way; expect those to be held in classy locations like Walmart parking lots.

Rust-loving Jeep man, cofounder and EIC of The Autopian, Jason's friend. Email: david@autopian.com
Read All My Posts »
PrevPreviousThe Hyundai RN22e Is An Ioniq 6 Track Weapon. But We Need To Talk About Fake EV ‘Engine’ Noise
NextIs This Odd Trunk Design Better Than A Hatchback?Next