Over the weekend, I did some digging through my archives and found a set of photos that made me feel nostalgic. They’re from the 2003 Detroit Auto Show, a time when auto shows were bristling with metal and life, the closest most enthusiasts could get to the cars they read about in the magazines. Almost 20 years later, the car world’s switch largely to online debuts to avoid competing for media coverage, but that really leaves the fans feeling left out. Let’s head into the Autopian’s time machine (we couldn’t afford a DeLorean so it’s a Hyundai Pony) and head to Cobo Hall circa 2003.

Full disclosure, these photos aren’t even remotely close to being professionally scanned. The actual setup is a Canon T6i on a tripod hovering over my coffee table, so forgive the results for being a little bit shit. Still, I felt like it was worth showing you all an auto show from the past, from a time when the future was very much still powered by gasoline. So, let’s put our minds back roughly twenty years and experience the 2003 Detroit Auto Show like it’s the first time. 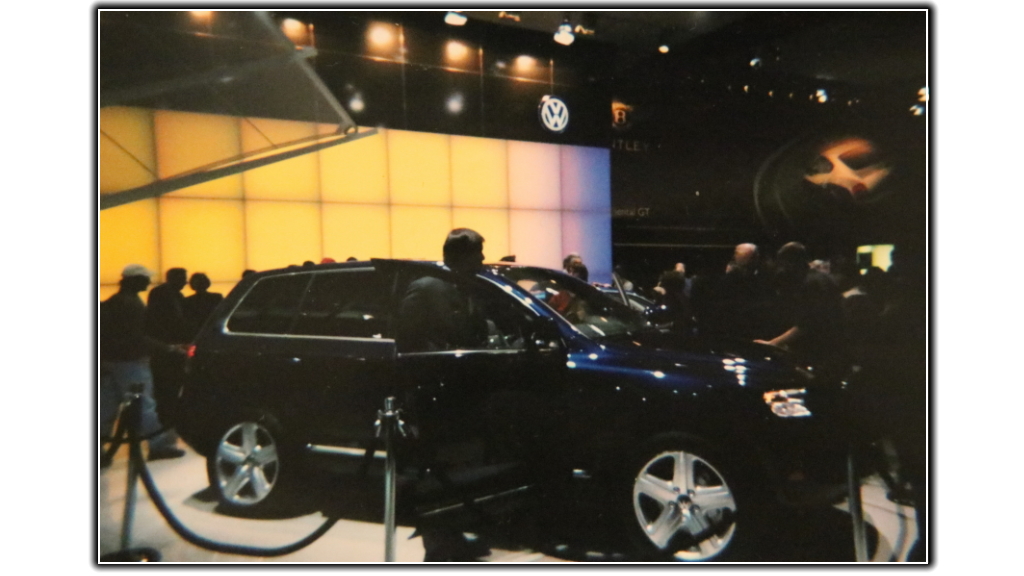 First up, let’s stop by the Volkswagen booth, where the flashy new Touareg is on display. Available with all sorts of luxuries you’d never expect to see on a Volkswagen, this SUV was an ambitious play by the brand that brought us the Beetle. 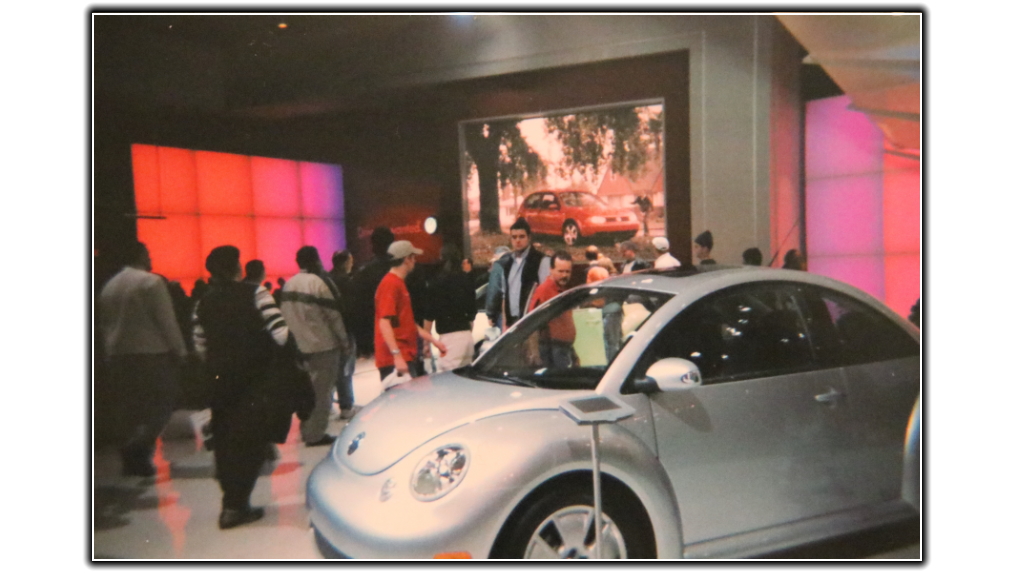 It’s also worth keeping in mind that this is 2003 and the New Beetle hadn’t completely fallen off the desirability curve. Here’s a hot Turbo S model, with a jumbotron in the background playing the ad where a Golf GTI falls out of a tree. Wasn’t the Drivers Wanted era fun? 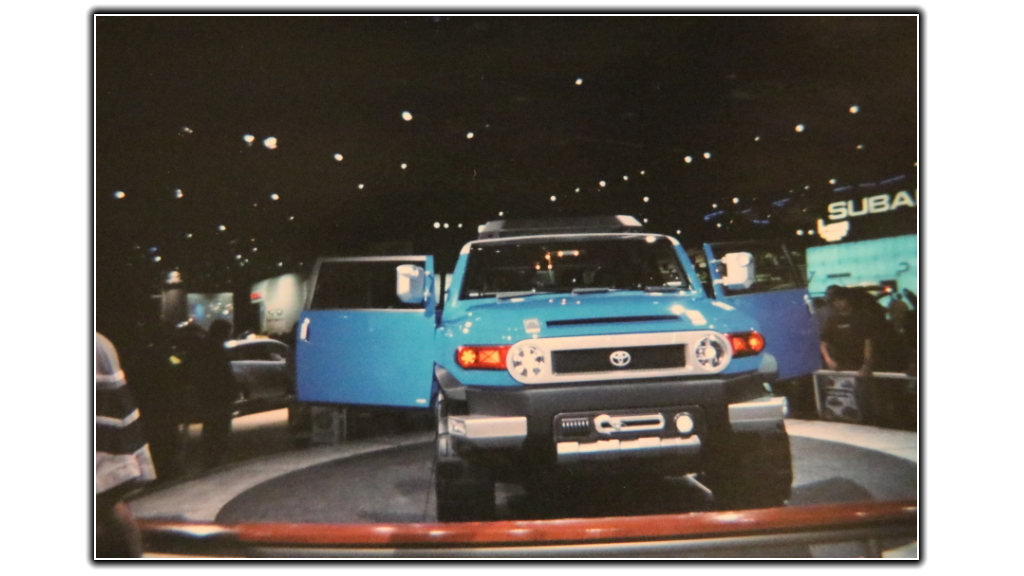 Next up, Toyota has this hot concept SUV called the Rugged Youth Utility that just debuted at this show. The name’s rubbish, but the bright blue paint coats styling reminiscent of the FJ40 Land Cruiser. Oozing retro cool, the Rugged Youth Utility is the sort of concept car you want to see on the showroom floor. It would take another three years for the visually-faithful FJ Cruiser to make that happen. 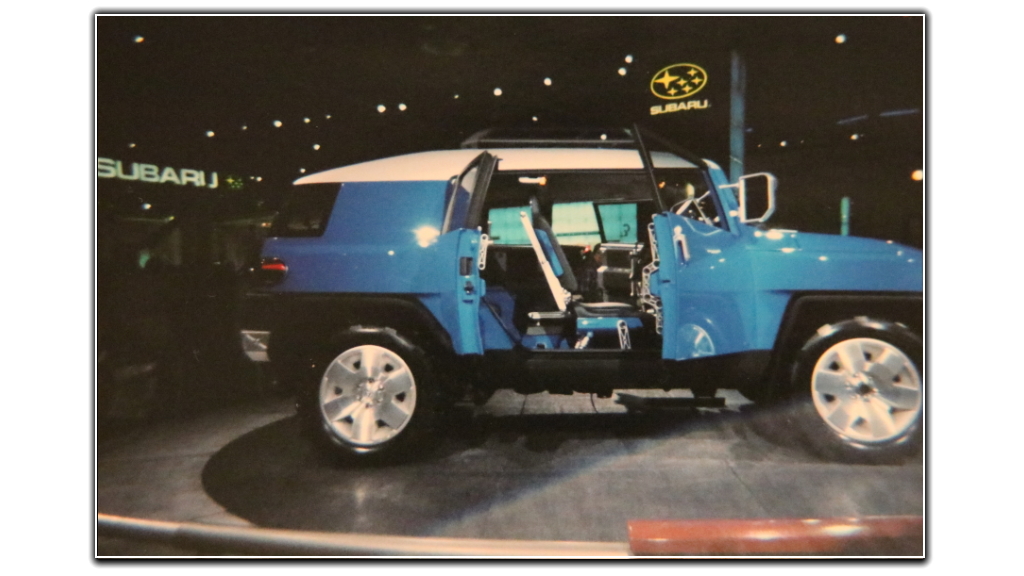 Sure, the massive wheels and the interior styled after a Meccano set wouldn’t make the cut for production, but the spotlight-equipped mirrors, funky rear doors, and even the blue paint could be found on the production model. Oh how quickly dreams can become reality. 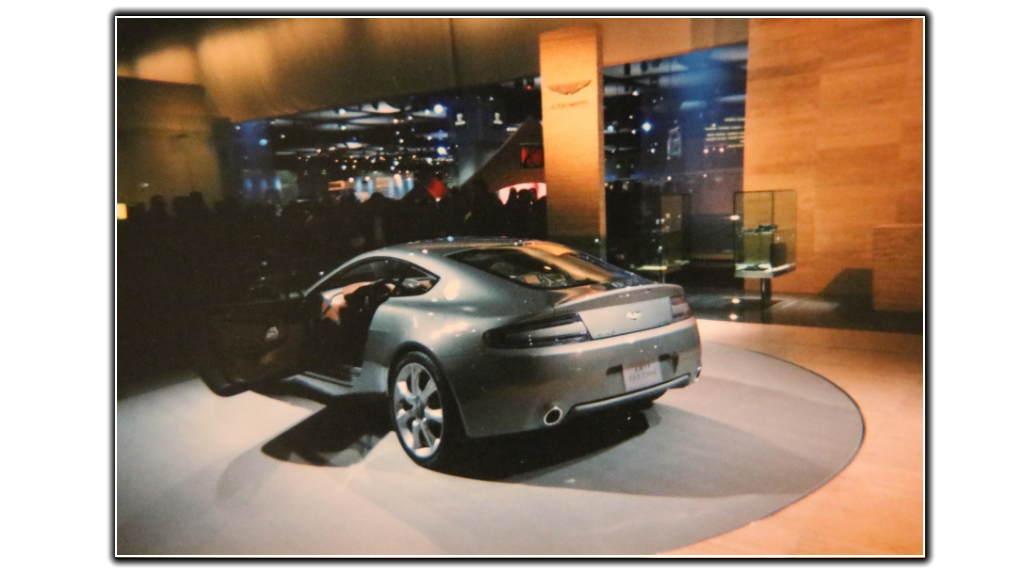 Speaking of dreams, let’s talk exotic cars. At this point in time, Ford still owns Aston Martin, so it makes sense that the latest Aston Martin concept would debut at the 2003 Detroit Auto Show. Called the AMV8, it’s meant to take the cool and exclusive British brand down-market, aiming more towards the Porsche 911. Compared to the 996 model, the Aston looks light years ahead, with styling that you just know will look great in 20 years’ time. 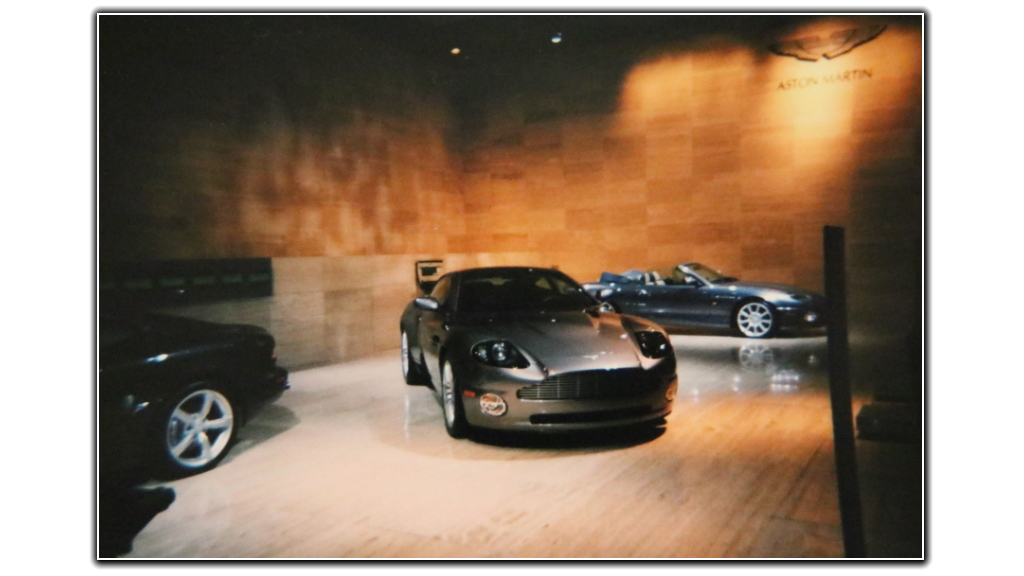 Of course, even the Aston Martins that have been on sale for a few years still look fabulous. “Die Another Day” may have been incredibly cheesy, but the Vanquish was the absolute star of that film. While the real version can’t turn invisible, it’s still a rare ultra-powerful GT car that turns heads everywhere it goes. 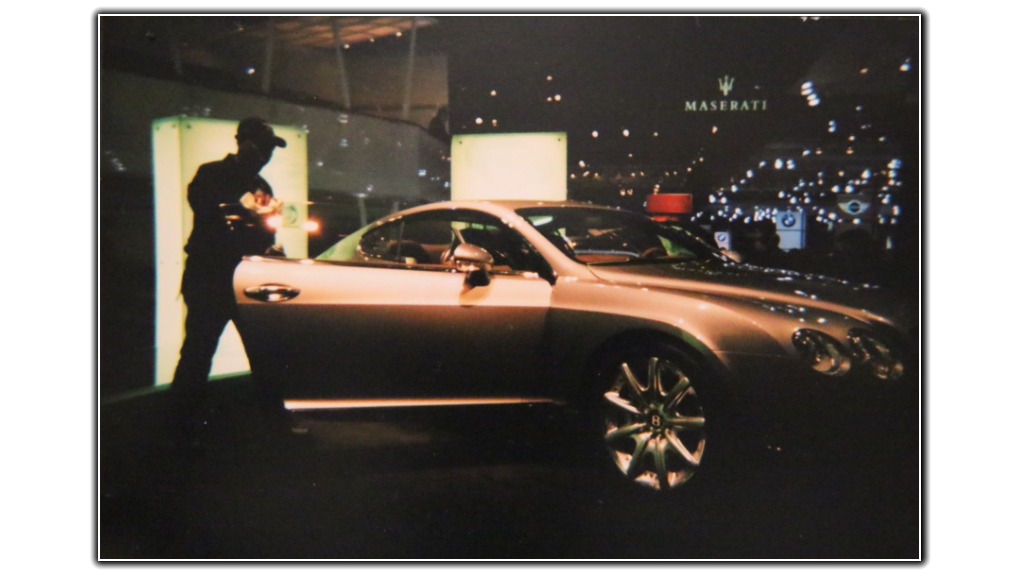 If it’s a GT car you want, how about a car with GT in the name? The Bentley Continental GT is brand new for this year and features almost mythical stats. Its six-liter twin-turbocharged W12 pumps out 552 horsepower, more than a Ferrari 575 has to offer. Despite all of the big Bentley’s bulk, it can still run from zero-to-sixty in less than five seconds on its way to a top speed of almost 200 mph. Thrilling stuff. 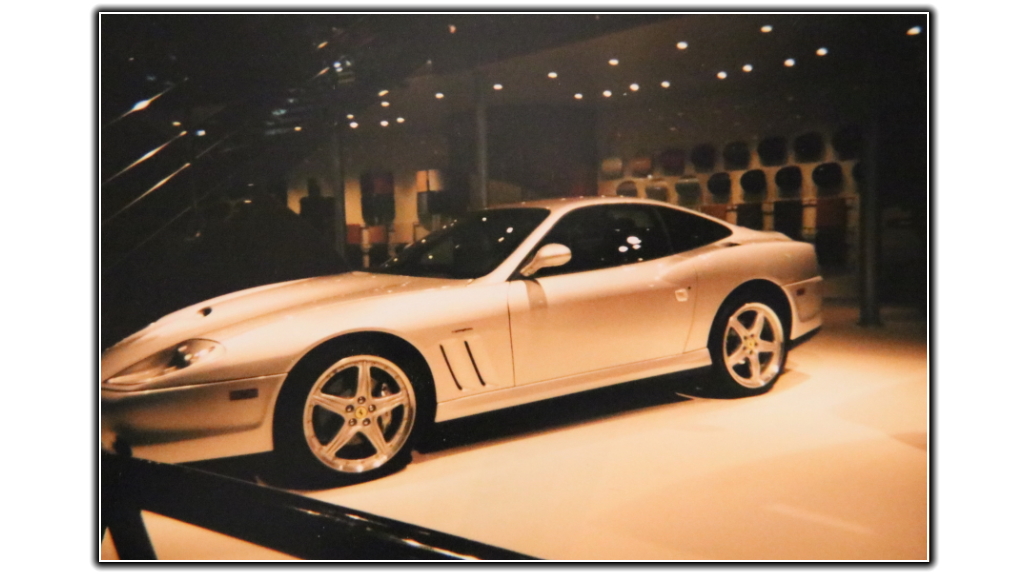 Mind you, that aforementioned Ferrari 575M isn’t a bad choice either. Sure, it may be a reworked 550 Maranello, but its wailing V12 still sounds the business, and the prancing horse is a rather revered badge. 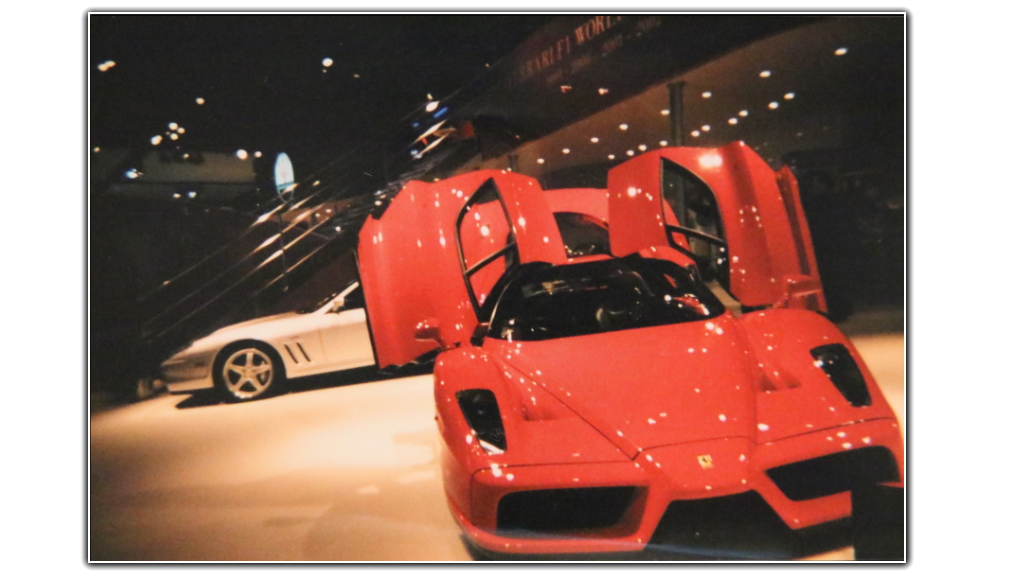 Then again, nobody really came to the Ferrari booth to see the 575M. They came to see the Enzo, a 651-horsepower flagship supercar named after the founder himself. Words almost can’t describe how hot this car is, it’s the most powerful road-legal thing Ferrari has ever made up to this point, inspired by Formula 1. If there’s ever a star of the show, this is it. 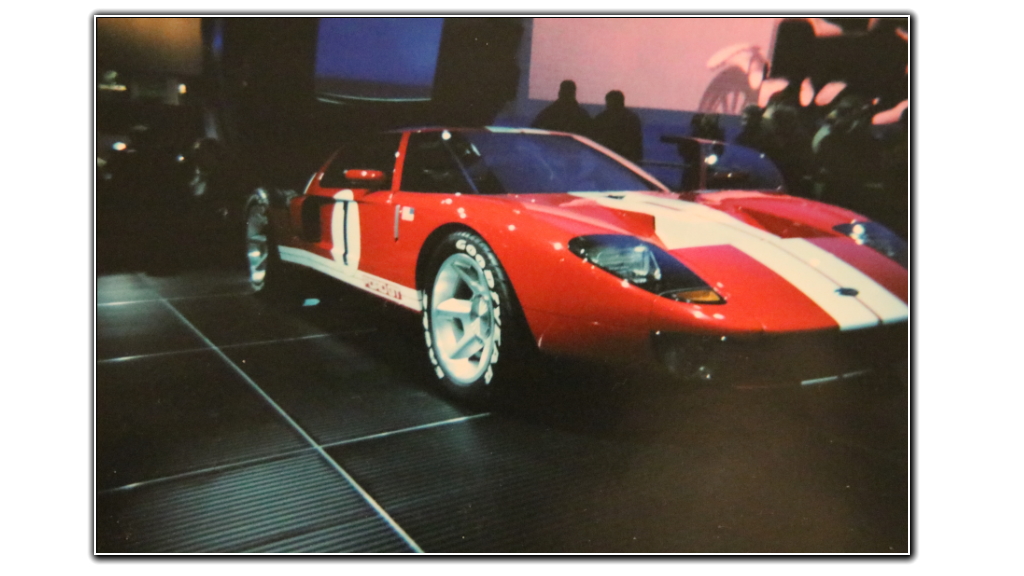 Of course, the Enzo was far from the only supercar at the 2003 Detroit Auto Show. Ford is back with a version of its GT40 concept, now simply called GT. Now painted red with a set of white stripes, this reborn American icon is all about kicking ass and taking names. It may not have the sheer power of the Enzo, but it should be a damn sight cheaper. 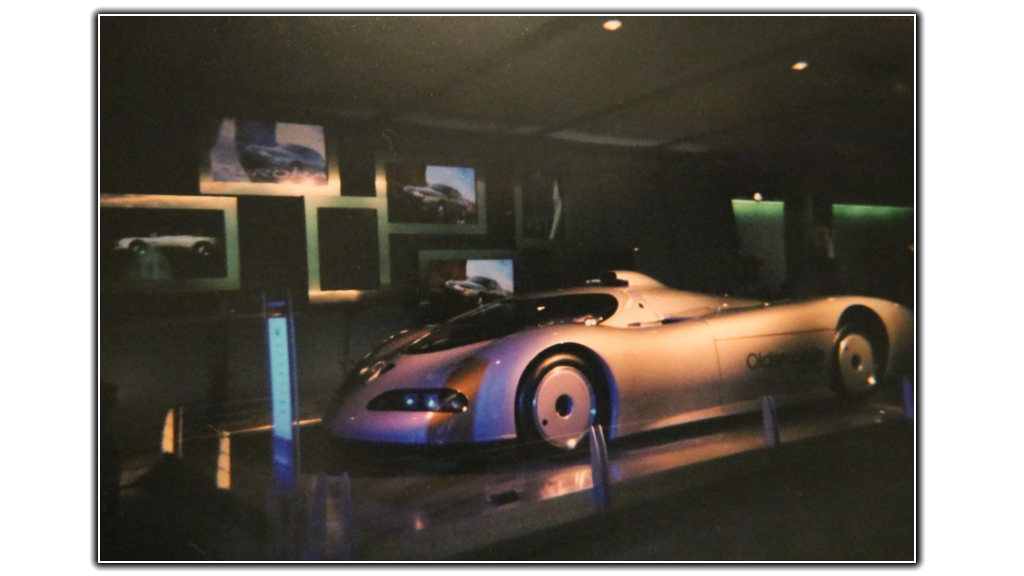 How’s this for a manufacturer that you never expected to bring a fast car to Detroit? Oldsmobile is as good as dead, yet GM still rolled out an Aerotech for all to see. You remember reading about this when you were young, a silver bullet intent on showing the world what America could do. It’s a pity Oldsmobile now peddles re-worked Grand Ams and Envoys, because this brand used to make some really cool things. 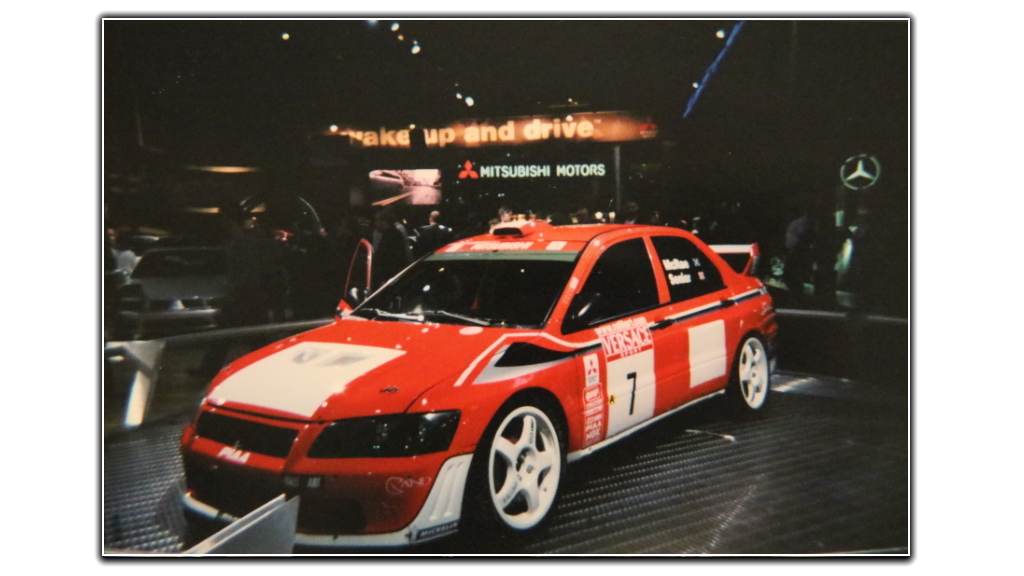 As you wander back through the hall, your eyes start to wander, too. Mitsubishi has a decked-out Evo, just like your wildest Gran Turismo fantasies come to life. Ford has this funky new concept called the Model U, and Land Rover’s decked out a Freelander in all manner of off-road gear. The auto show is one of the most amazing places in the world for a car enthusiast, and one you don’t see ever changing. 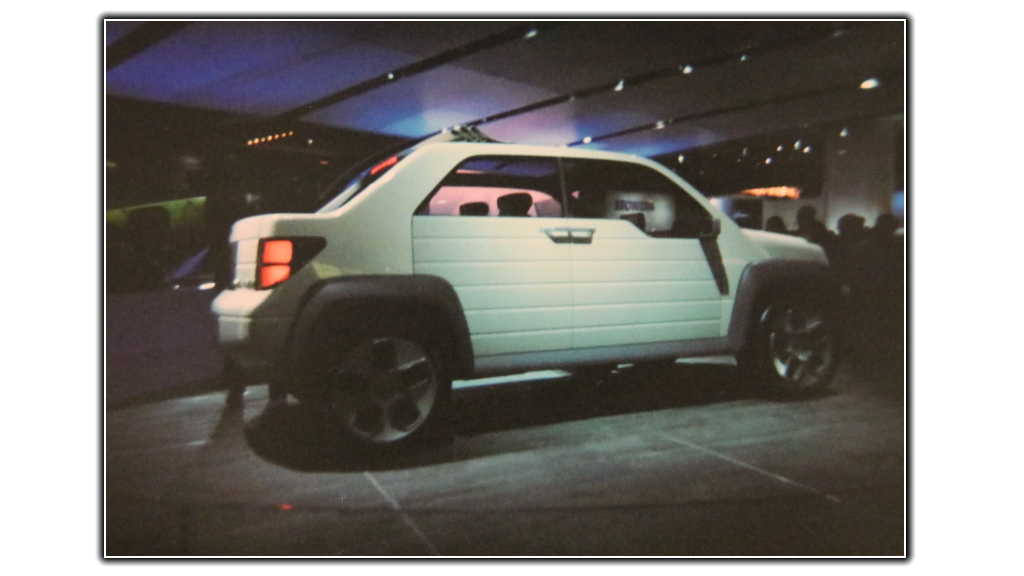 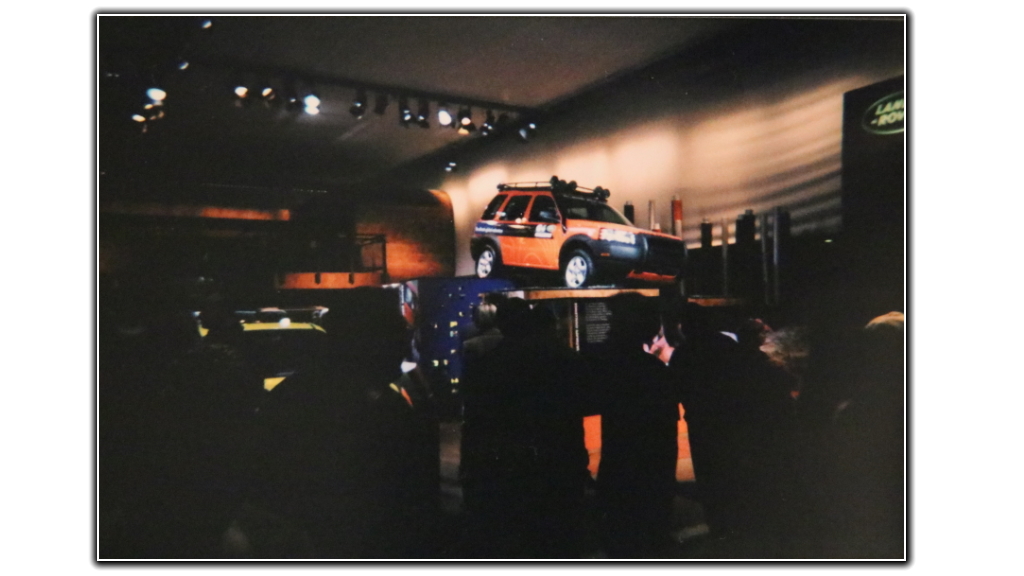 Oh how naïve we were.

What The Hell Is Harbinger And Why Are They Showing A Boring Delivery Van At The Detroit Auto Show?

Thomas is a Nu Rave-blaring, heel-toe downshifting, maple syrup-swilling, chassis-geeking, junkyard parts-hauling, floppy-haired scenester who's been writing about cars since college. His current ride is a 2006 BMW 325i with the six-speed manual gearbox. Instagram: @thomas.hundal Twitter: @thomashundal
Read All My Posts »
PrevPreviousIs This Odd Trunk Design Better Than A Hatchback?
NextHere’s What You Should Know About 2023’s EV Tax Credits For Used CarsNext