Welcome back! So yesterday both of the cars we looked at were automatics. I promised you manuals today, and I’m going to deliver. Neither of the cars in question run, but they are both sticks, and they both are really cool cars.

But first let’s declare the winner of our Japanese box competition:

The 1984 Honda Accord it is. As some pointed out, this wasn’t really a fair comparison; the Accord was Honda’s nicest car of the day, and the 1989 Sentra was Nissan’s value leader. But the two cars just looked and felt so similar that I thought they made a nice comparison. And personally, I could have gone either way on those. I’d happily drive either.

Today, you can’t drive any of the cars we’re looking at, but ultimately, you’re going to want to. I’ve only had the pleasure of driving a Jensen-Healey at low speeds around town, but even that was wonderful. And a good 2002 is something every small manual car lover should experience at some point; in a lot of ways, it’s all been downhill for BMW since then.

Both of these cars fall into the category of “if you wanted one, you should have bought one twenty-five years ago.” The classifieds, still mostly paper, were a different place then, and these were both just weird old foreign cars nobody was all that interested in. You could have gotten a decent example of either one for a couple grand. But yesterday’s weird old foreign cars are today’s Bring-A-Trailer fodder, with prices to match. Unless, of course, you want one for which you actually have to bring a trailer, like these.

So let’s check them out, and see which one is worthier of your time, effort, and money. 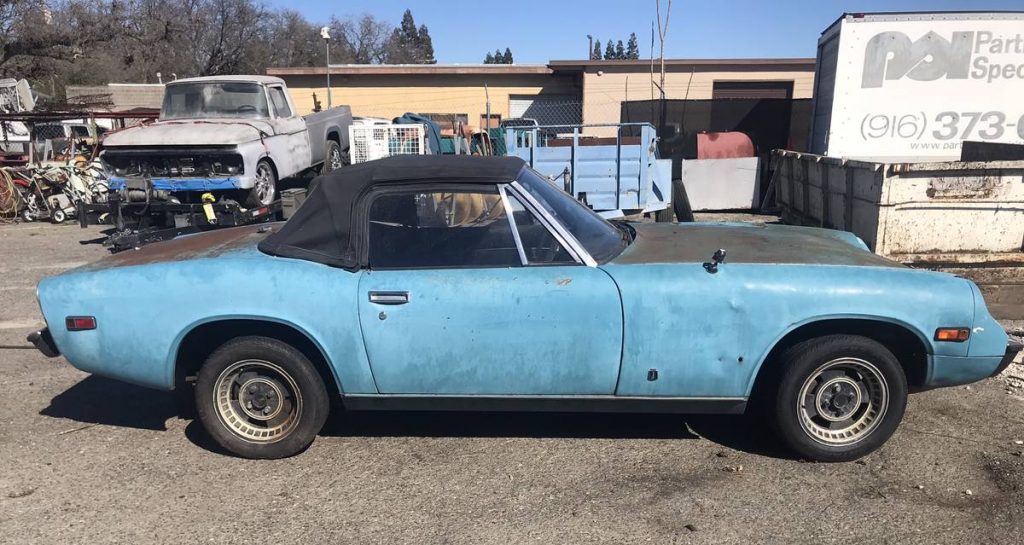 If you don’t travel in British car circles, you can be forgiven for not knowing this car… but you should. It was a joint venture between Donald Healey (of Austin Healey fame) and Jensen Motors (known for their glorious Chrysler V8-powered Interceptor), and is powered by an all-aluminum Lotus 907 engine with dual overhead cams and four valves per cylinder. So what, you say? Every car has that now, right? No other car had that in 1972 when the Jensen-Healey was introduced. 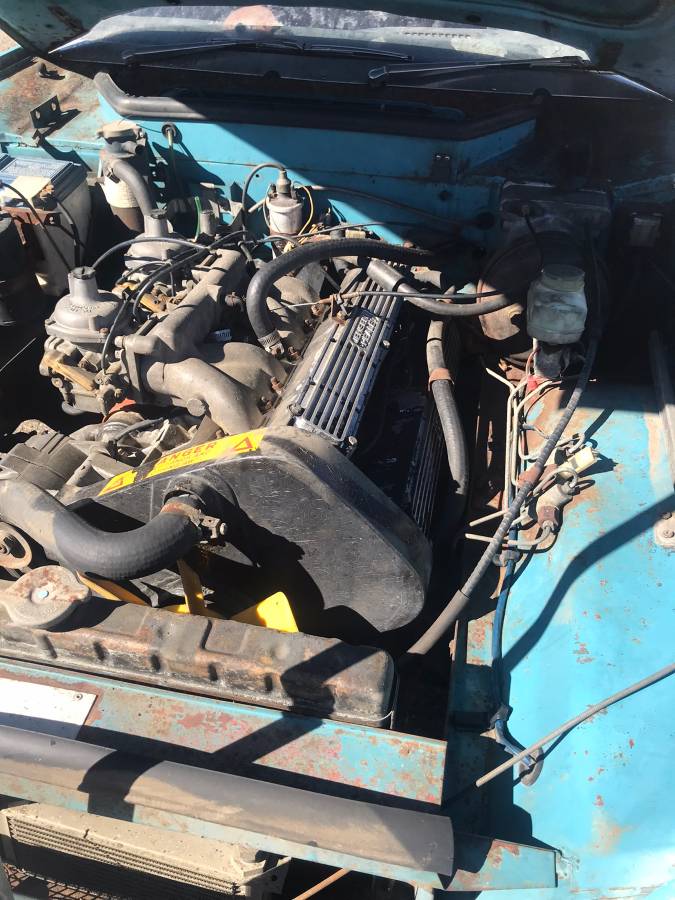 The renowned powerplant is connected to a five-speed manual that isn’t an overdrive; fifth gear is a 1:1 ratio, like fourth usually is in a 4 speed. This made for nice close ratios to keep the Lotus engine humming in its high, narrow power band. As a U.S. model, the engine is fed by a pair of Zenith-Stromberg carbs in place of the racier Dellortos that the rest of the world got. 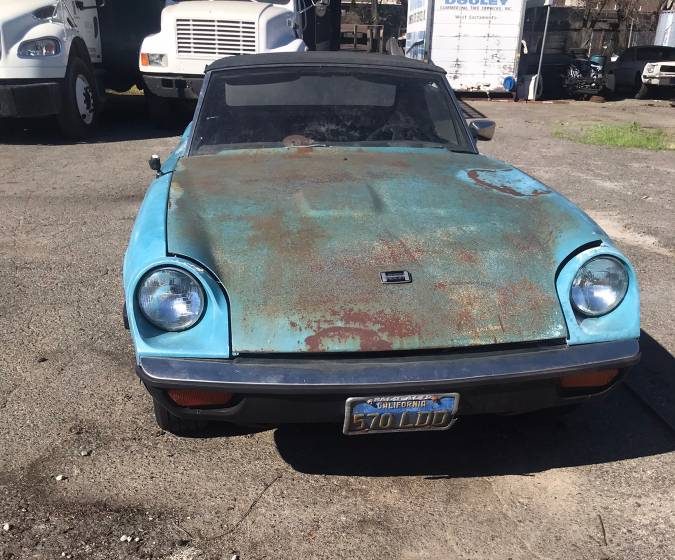 This particular Jensen-Healey needs some help. The ad lists it as “90% complete,” and most of what’s missing seems to be in the interior. And while restoration parts for most British sports cars aren’t hard to find, this is a bit of a special case, and you might have to get creative. I bet Miata or Fiero seats would fit nicely. 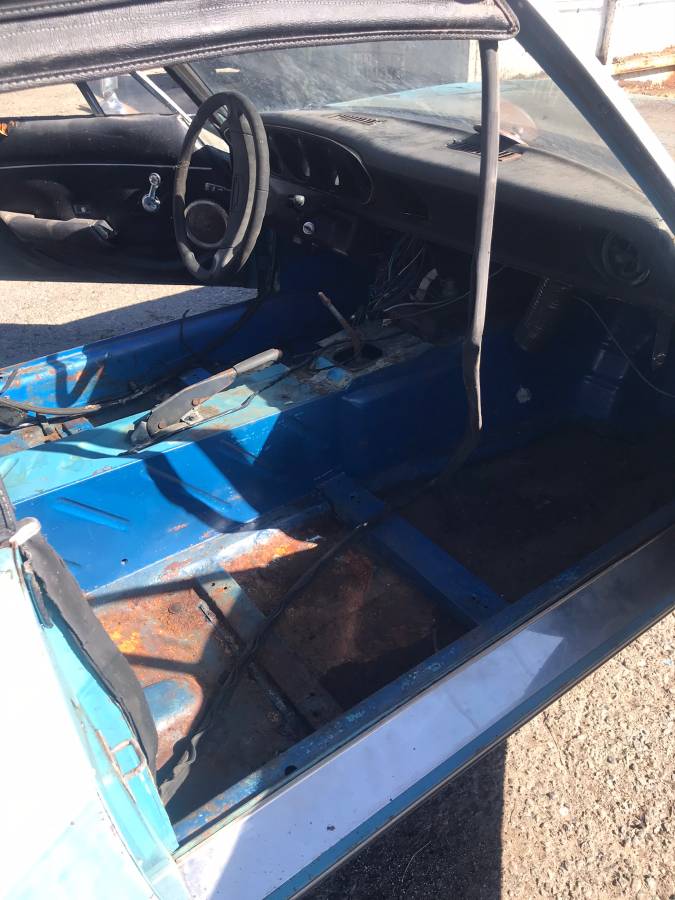 We don’t get a whole lot of information to work from with this ad, so we have to rely on the photos. The body looks OK except for a decent dent in one front fender, and some surface rust on the horizontal surfaces. The floors might have some issues as well.

Mechanically, your guess is as good as mine. But the Lotus 907 engine has a good following, so parts and advice are not hard to come by. Hopefully it at least turns over by hand. 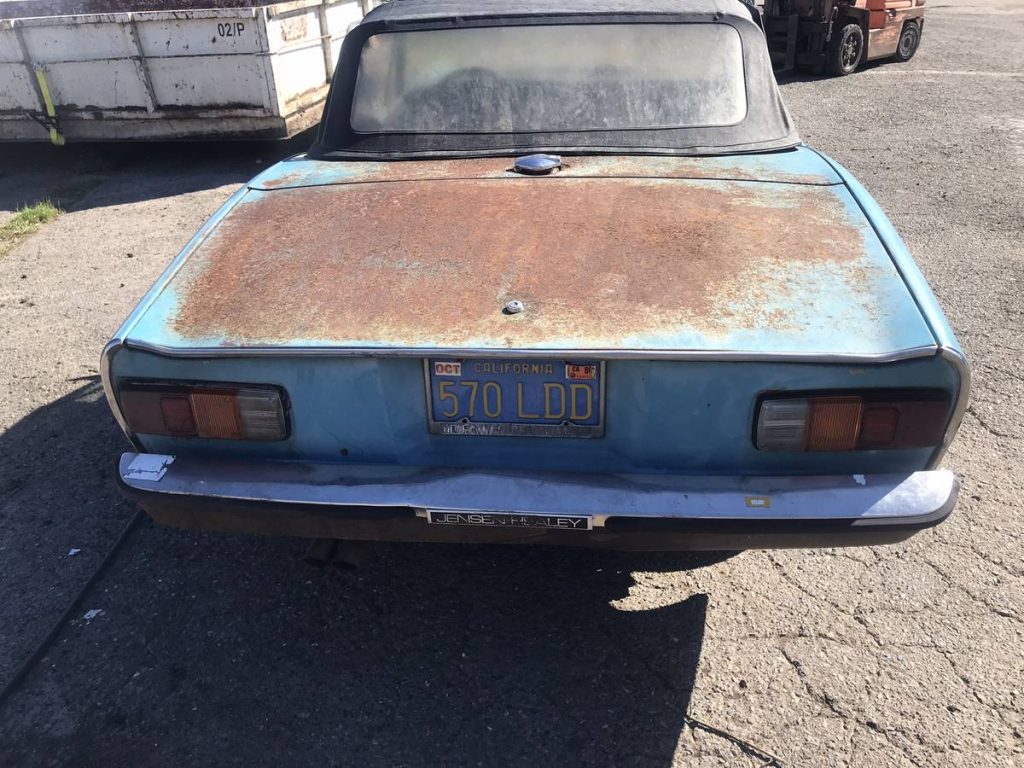 I do have a sneaking suspicion that this car might be older than a 1975 model, however, because of the bumpers. Jensen-Healeys suffered the same 5 mph bumper indignities as other European cars of the era, and these look too svelte to be the newer bumpers. The dashboard also looks like the earlier, more austere version. I know: incorrect information about an obscure car in a Craigslist ad? I’m as shocked as you are. 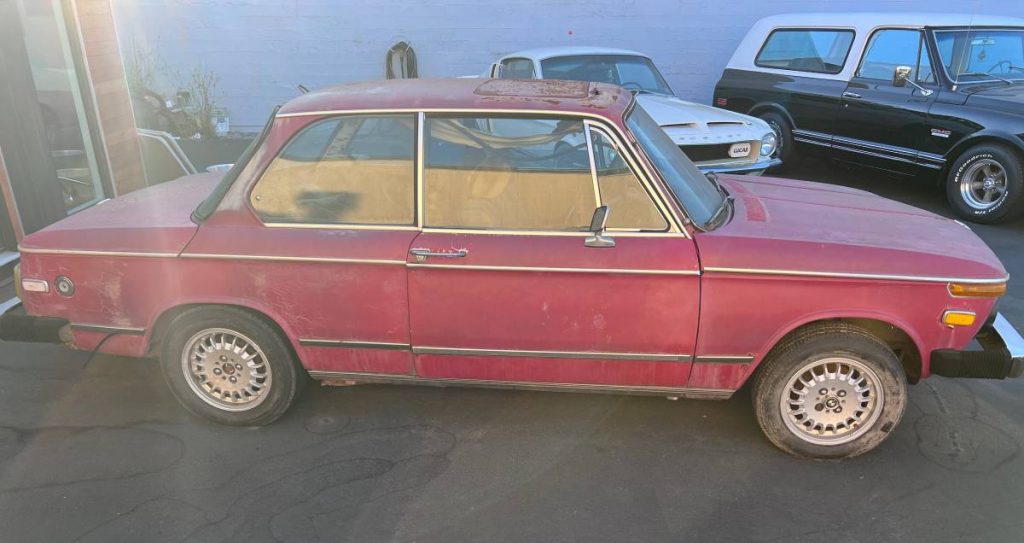 Runs/drives? Probably not for decades

Now this car you had better know. This is arguably the granddaddy of all small sports sedans, setting the blueprint for BMW’s “3 series” cars for decades afterwards. Introduced in 1966 as the 1600-2, and drawing from BMW’s larger Neue Klasse sedans, the ’02 cars were, to put it simply, magnificent. 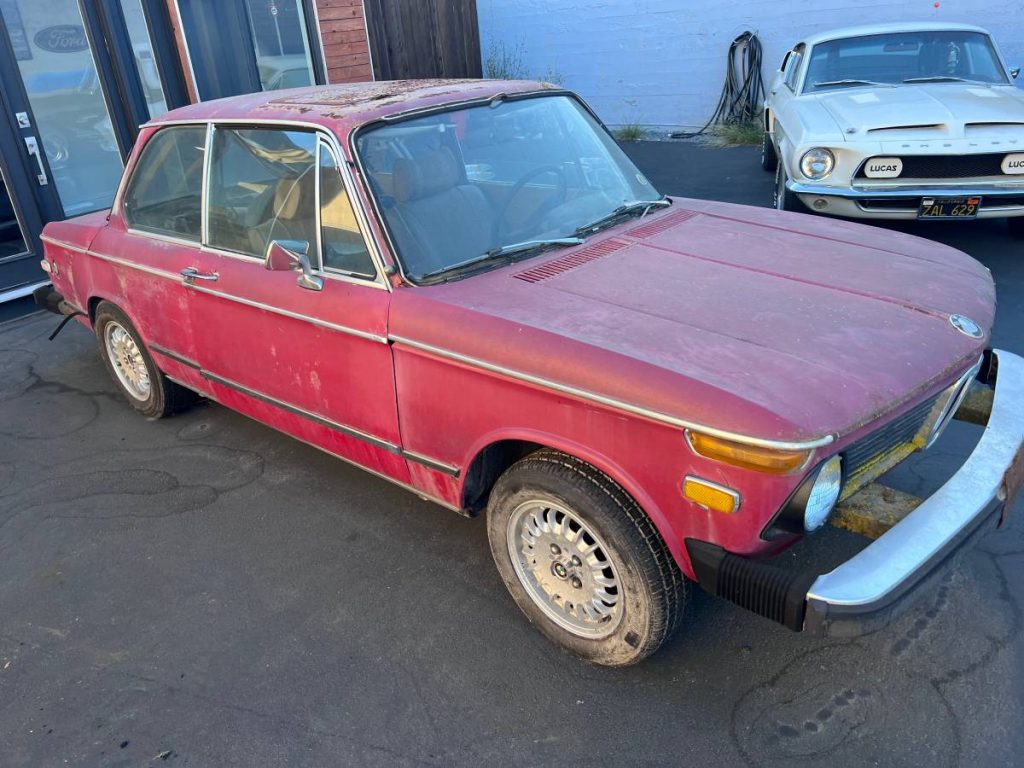 This 1976 model 2002 was the end of the line, from the final year of production. In 1977, it would be replaced by the E21-chassis 320i, still a great car to drive, but missing that certain undefinable something that the 2002 had — and has by the bucketload — even with gigantic Federally-mandated bumpers and a mere single-carb engine. 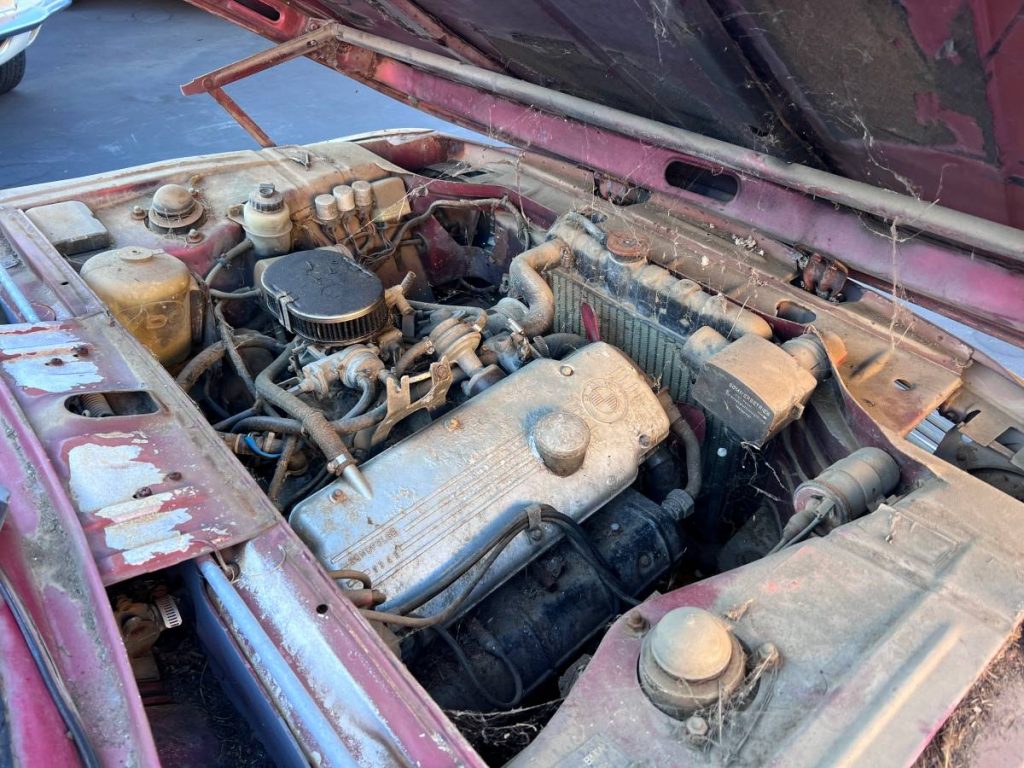 I shudder to think how many generations of spiders have lived under that hood over the years.

This ad is also light on details, saying only that it’s a “good candidate for restoration” and has “some rust.” It looks like the rust is most prevalent around the sunroof and windshield header, which is a weird spot. Depending on how bad it is, you might be able to delete the sunroof and fill it in, or – here’s an interesting notion – go Webasto with it. 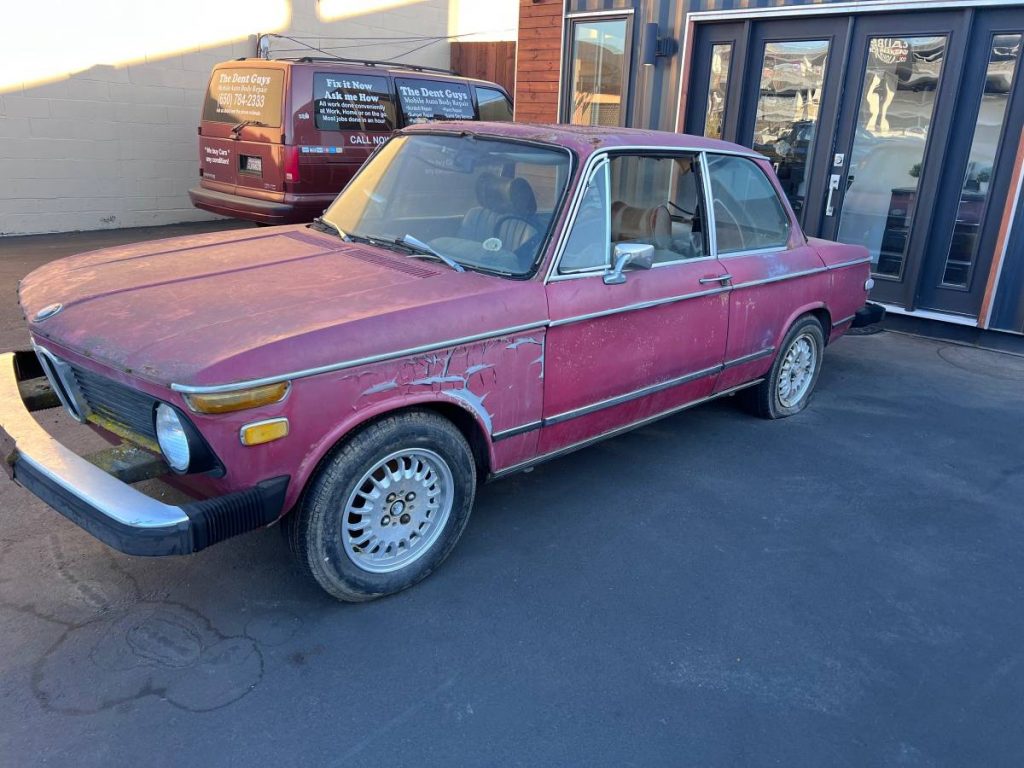 Inside, it’s a mess. There’s more dust in this car than in a Steinbeck novel. It looks like it might clean up OK, but you’ve got your work cut out for you. At least this one is all there, it looks like. 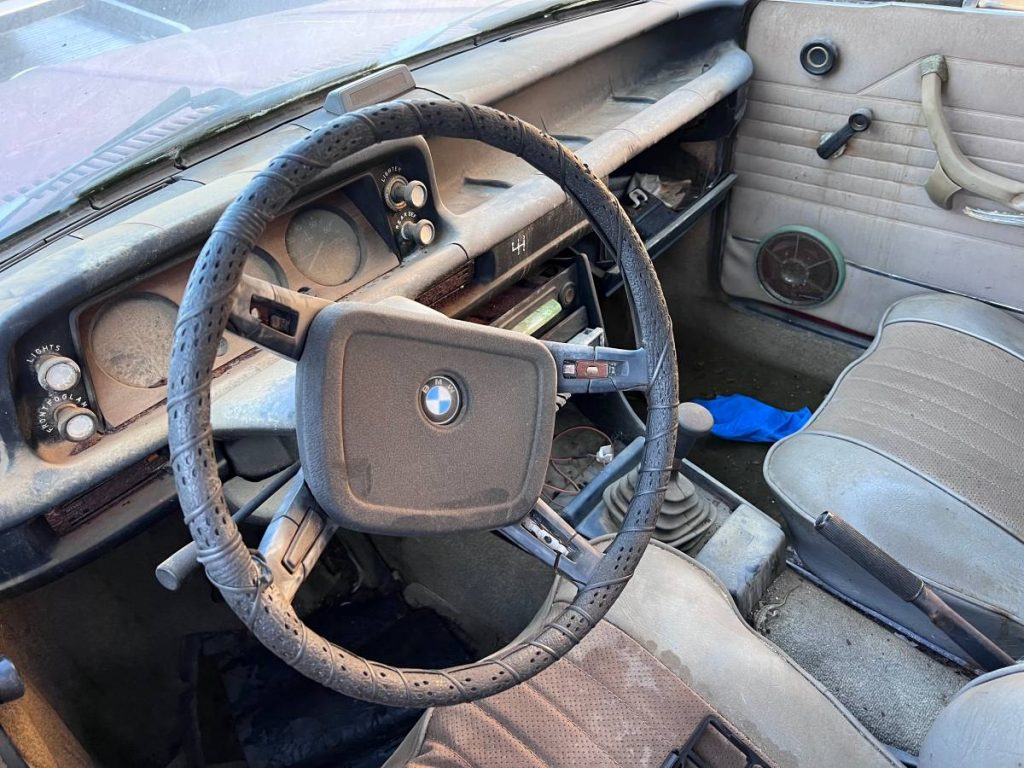 The seller says this car is a 5 speed manual, but the shift pattern shown on the dash says differently – I only count four. So there are potential errors in both of these listings.

Obviously, neither of these cars is going to be easy to get back on the road, and even harder to turn into something that a driver could really be proud of. But not doing something because it’s too hard is how people end up driving RAV4s and the like. It’s fine for them, I suppose, but we Autopians are cut from a different cloth. We see these two cars and realize the once and potentially future greatness in them. Both are worthy of our attention, but which one would you rather have?

What Would The Editor Choose?

If it’s me, the 2002 is the ticket, and that’s mostly because it appears to be more complete. Starting with a complete car is a big deal, even if you have to replace damn near every part, because you know what the part has to look like, where it’s supposed to be, and how it’s supposed to be fastened. That Jensen Healey will likely require you to do some googling to figure out what that interior was supposed to look like, assuming you care at all. If you don’t care, and just want to slap some buckets in there, then there’s definitely an appeal to that drop-top British roadster. It’s different, and I like different. -DT