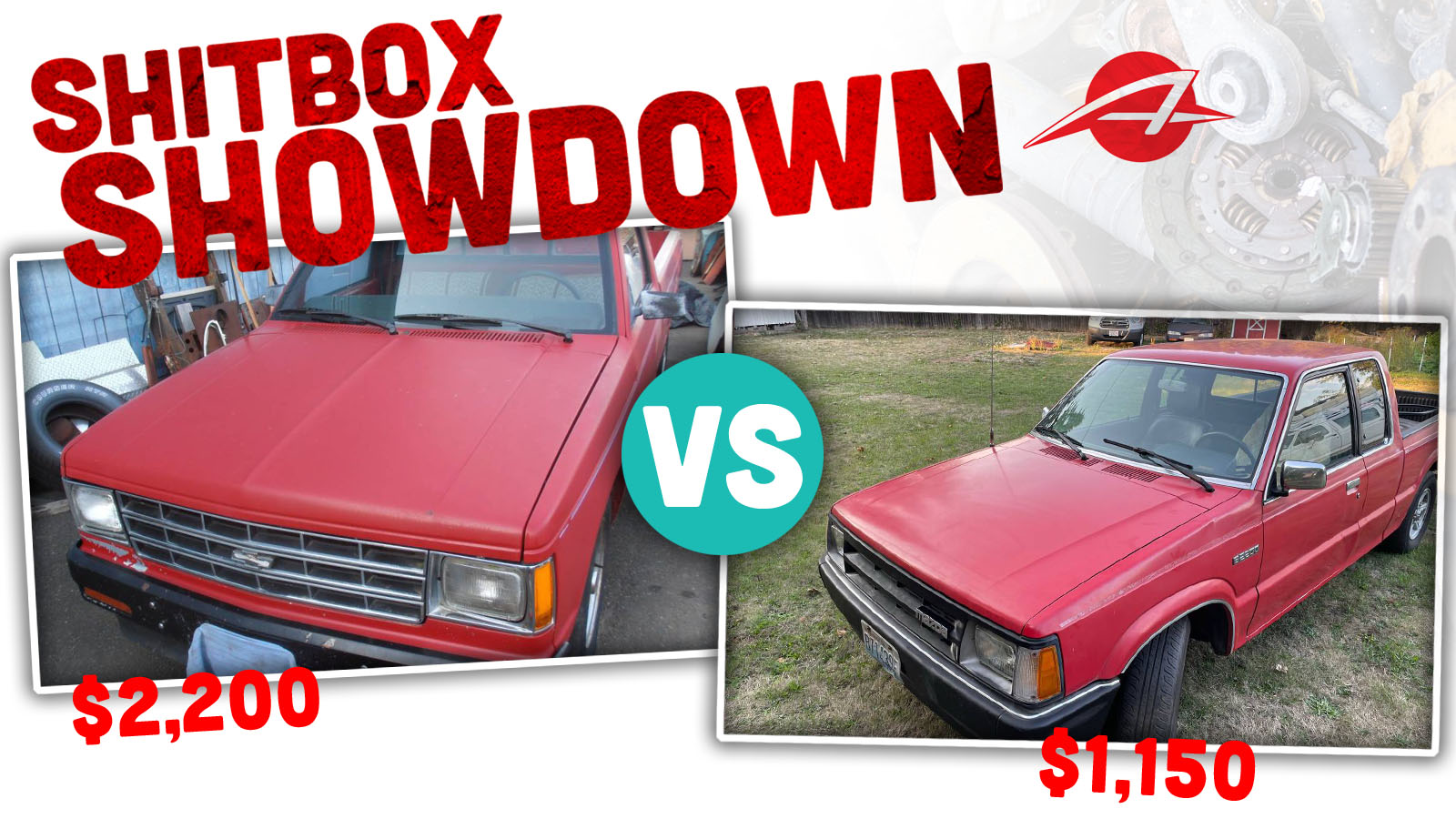 All right; after yesterday’s nasty crusty Acura, it’s time to make you Rust Belters jealous with some clean rust-free vehicles, in the form of two nice basic trucks. First let’s see how the voting went down:

Interesting. I figured the BMW would win, but I didn’t expect it to be quite that lopsided. But then, rust is scary.

Now, before we get started today, I want to give you all a peek under the hood of the inner workings of Shitbox Showdown, and share with you something frustrating that has happened to me a few times over the last few months, but three times in the past two weeks alone.

My normal workflow goes like this: I get home from my day job and start shopping for cars. Once I have the cars picked, I download the photos, put together the top-shot and the poll, then set up an empty file in the content management system with the links and photos, screen-shot the previous day’s results, and hit “Save.” This usually all takes me half an hour or so. Then I go feed the dog and the cats, do some other chores, make and eat dinner, then sit down on the sofa with my laptop to write.

Yesterday, I went through all this, sat down with the laptop, clicked on the link for one of the trucks, and… it had sold and been deleted. The ad was there at 5 pm, and gone at 7. I had to go find another truck and do it all over again.

In case you’re curious, it was this lovely old Dodge truck, with a slant six and a granny-low four-speed: 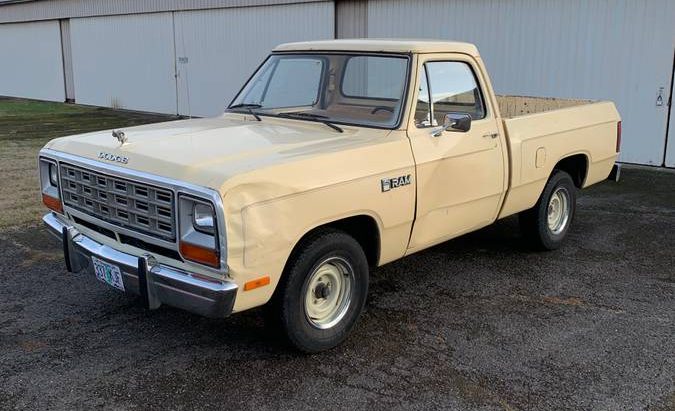 I mean, no wonder it sold; it’s awesome. But seriously? It couldn’t have stayed on the market just one more day?

Anyway, here are a couple of little red trucks. One of them is a last-minute substitution for the Dodge. That’s how hard I work to entertain and enlighten you all – sometimes I need to do stuff twice. 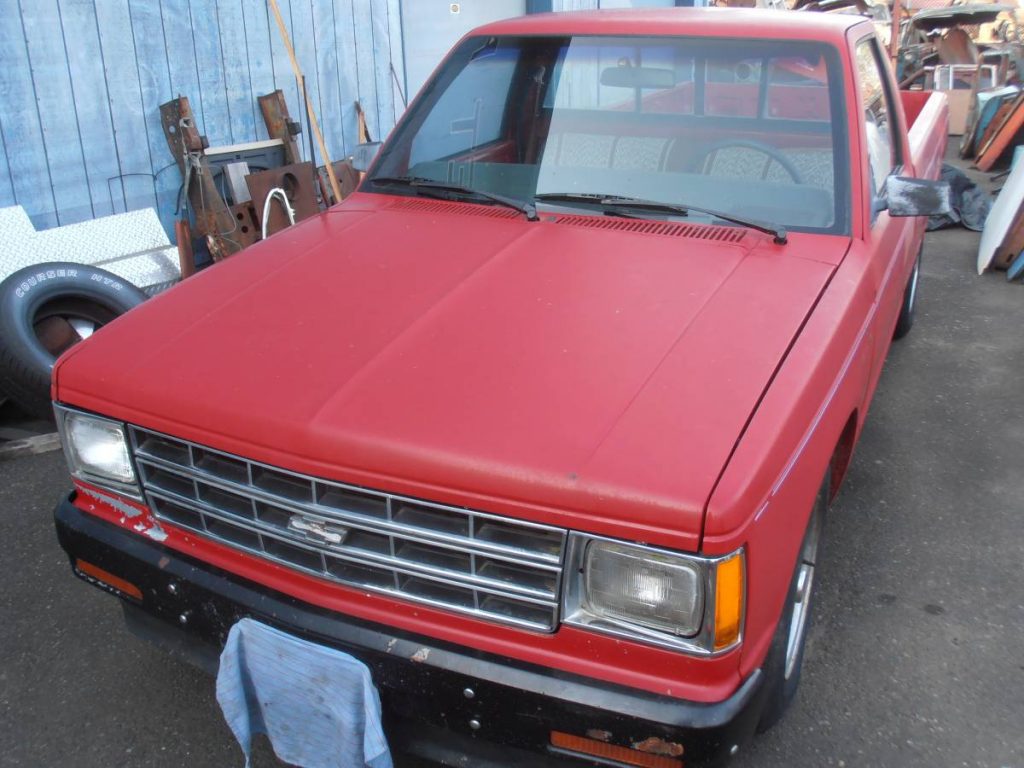 I can’t believe this is a forty-year-old truck now. I still think of the roundy second-generation S-10s as “the new ones.” But here it is, a first-year S-10, and it’s probably the cleanest one I’ve seen since E.T. was in theaters. 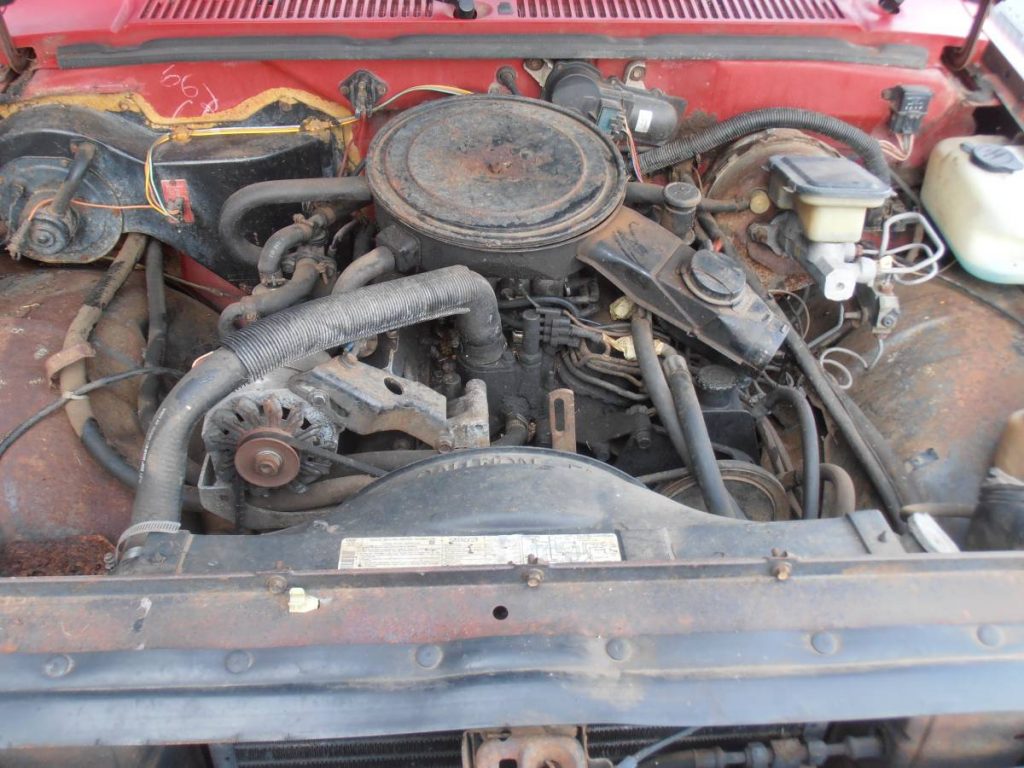 This baby Chevy is powered by the optional 2.8 liter V6, equipped with a two-barrel carb and backed by a four-speed stick. Unfortunately it doesn’t run at the moment. I get the feeling from the photos, and from the low mileage, that it has been sitting a long time, so maybe it’s a “ran when parked” situation.

Wherever it has been sitting, I’m willing to bet it was indoors. Look at the bed on this thing! I doubt an S-10 bed has been this clean since they were new. 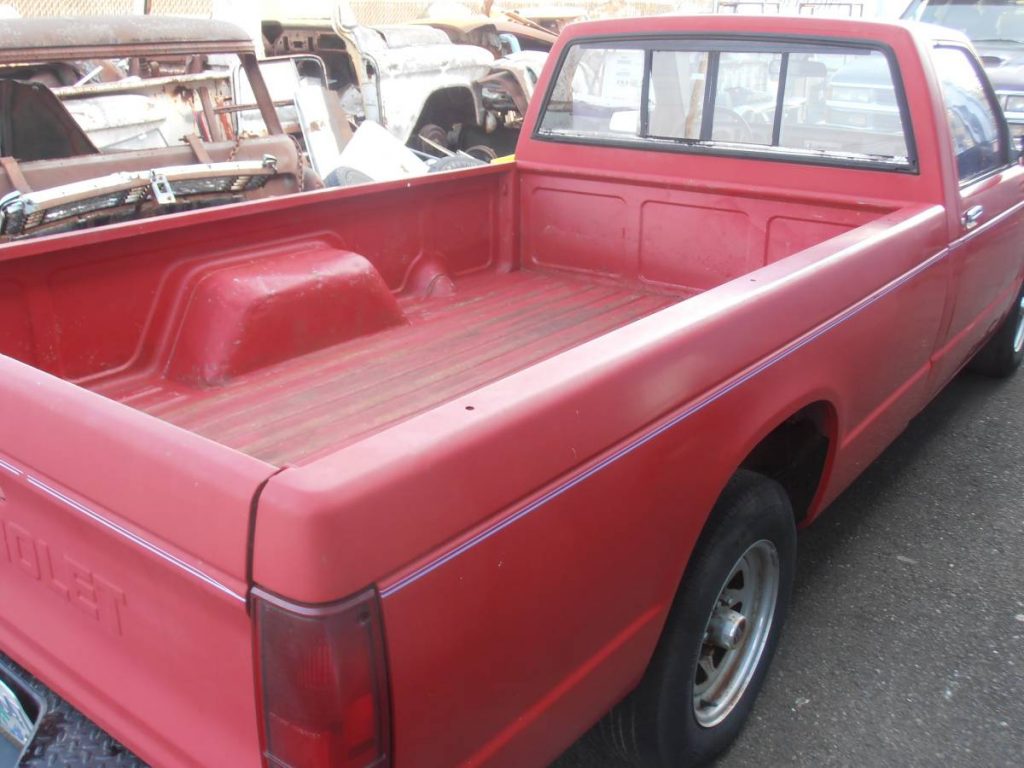 Inside, as you’d expect, it’s really clean too. And it’s a nice basic truck, with a bench seat and rubber floors, as the truck gods intended. The vinyl (you know it’s vinyl) under that Wal-Mart seat cover is probably not pristine, but the cover is fine. Or you can reupholster it; I did it to my truck, and it’s not that hard. You should stick some speakers in those ragged holes in the doors, too. 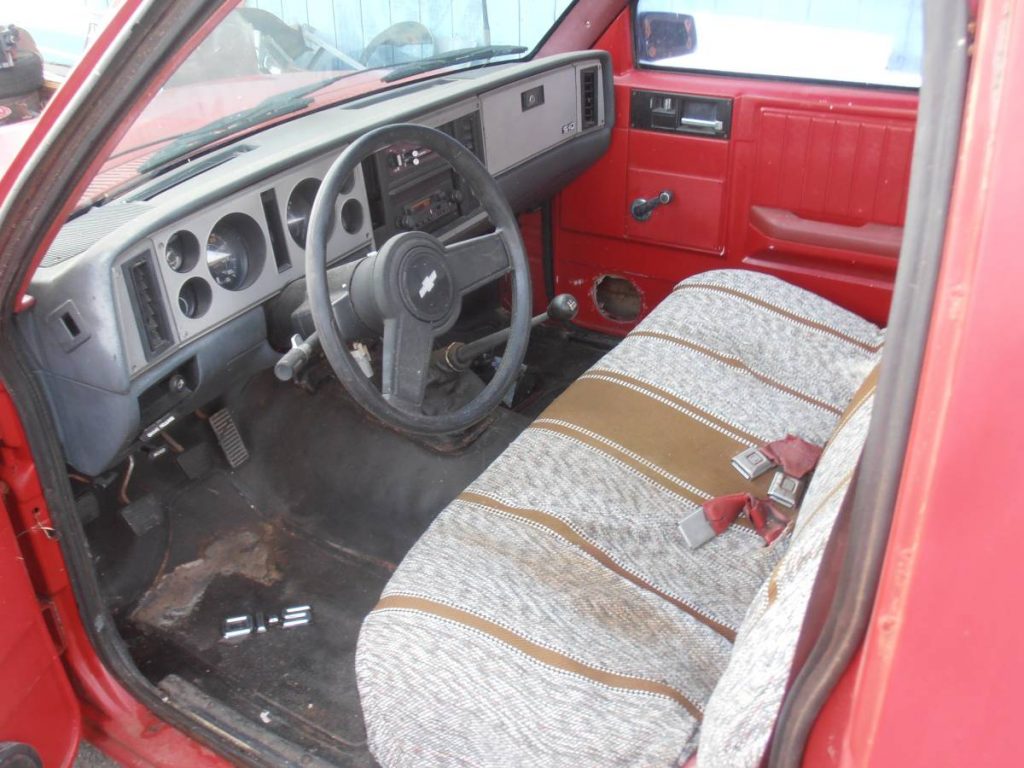 Ordinarily, I’d say that $2,200 is way too much for a non-running S-10, but this thing is so clean I think it’s worth it. And if you really don’t want to get the 2.8 running again, a small-block V8 drops right in to these. 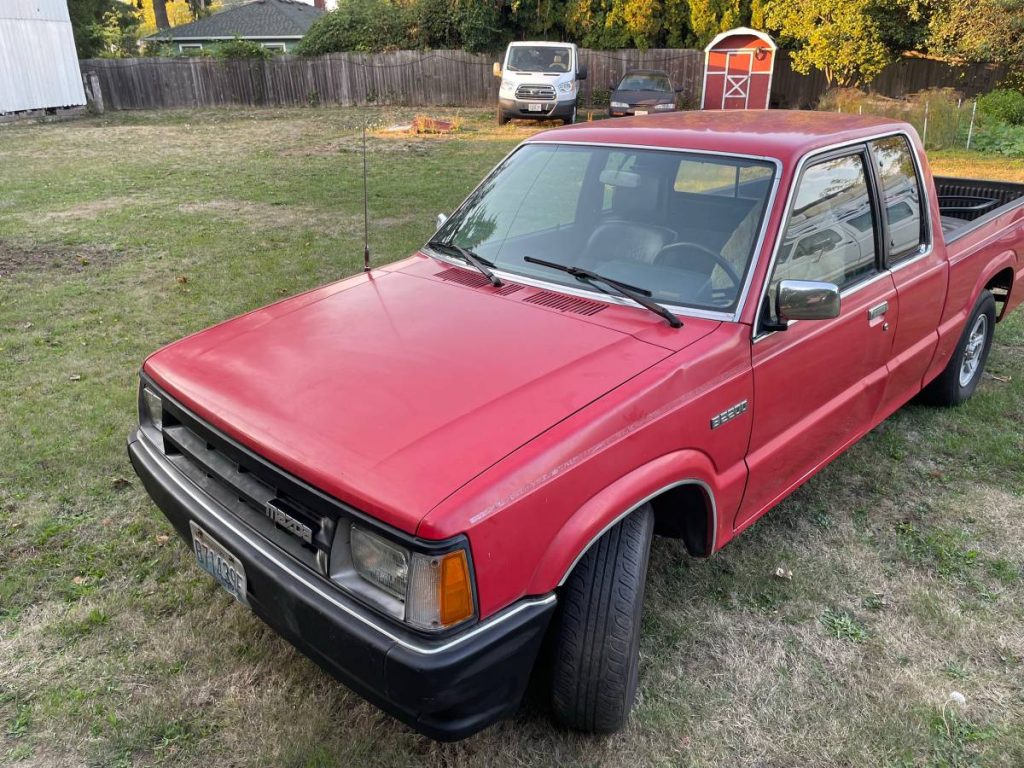 For Autopians of a certain age, I can get a jingle stuck in your head with just two words: “Sakes Alive.” Mazda used that tune, with various prices all ending in 5 so they rhymed, to advertise their trucks for years. And really, there was a lot to sing about – these trucks were great deals when they were new. I’m kinda sorry I missed the opportunity to buy one of these for just $6,495. Sakes alive, indeed. 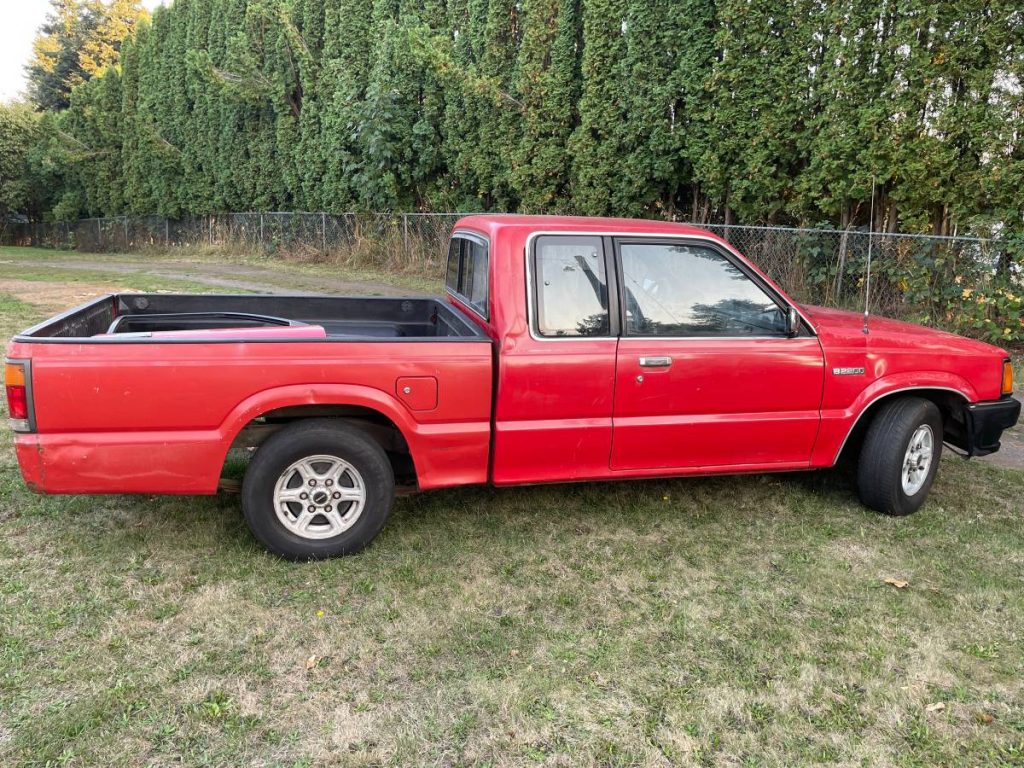 This truck, even decades after the fact and hundreds of thousands of miles down the road, still feels like a good deal. It’s a “Cab Plus” model, with a little extra room inside and a pair of very uncomfortable-looking jump seats behind the front seats, and the “LE-5” trim level, with bucket seats and a center console in the front and a really cool-looking early-RX7-ish steering wheel. 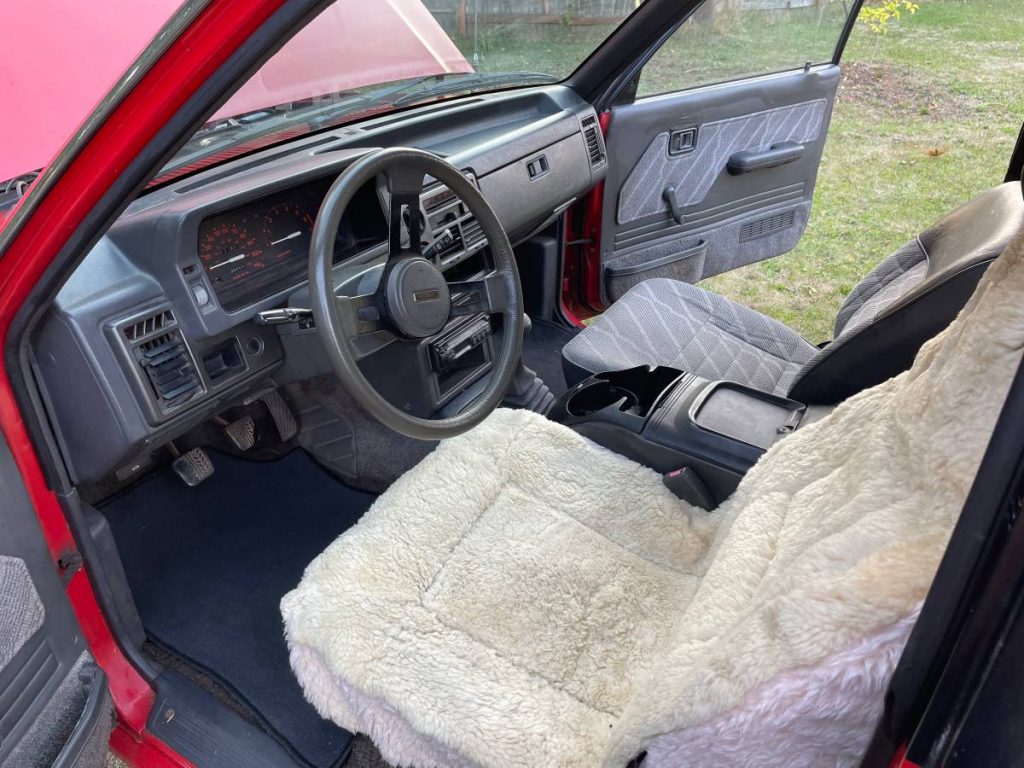 Most of these little Mazda trucks of this generation came with the same engine: a 2.0 and later 2.2 liter singe-overhead-cam four with a single two-barrel carburetor. It’s a good solid engine, and has a reputation for piling on the miles without trouble. This example is at 230,000 miles and counting, though the seller says it has a leaky valve cover gasket. Easy fix, but something that should be taken care of. 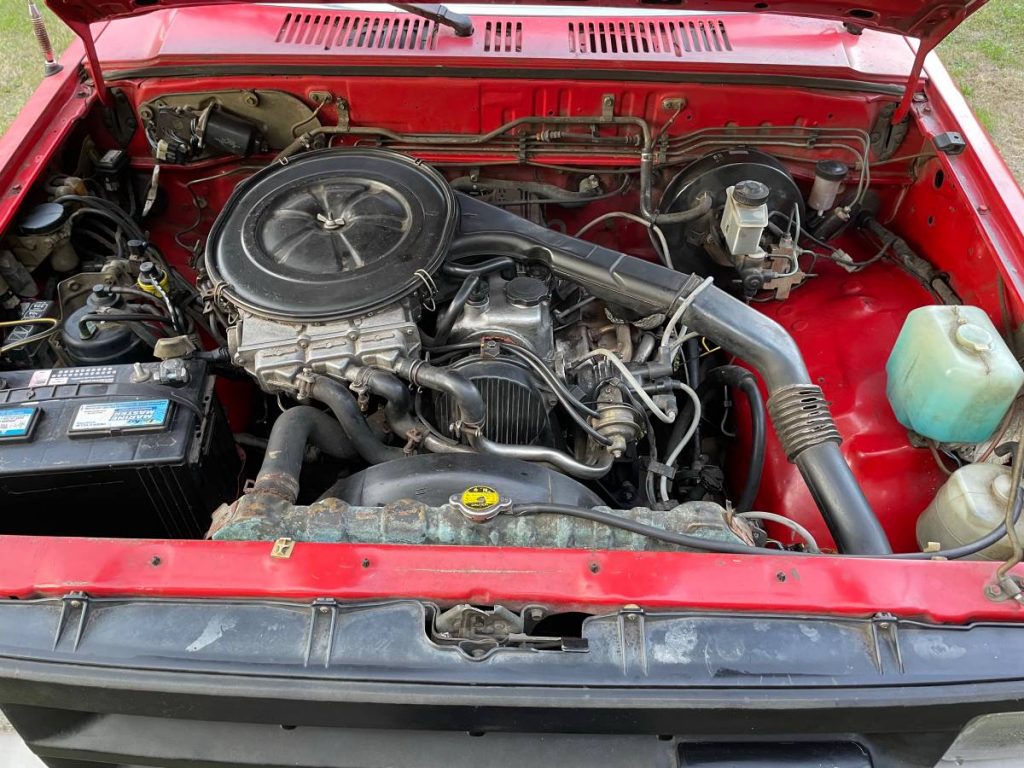 Other noted problems are an inoperative fuel gauge and a need for new tires soon. But really, for the price, this is a lot of little truck.

So even though one of them is not the truck I thought it would be, I think we’ve got some good choices here. Yeah, the Chevy needs to be brought back to life (or re-engined), but it’s so clean that it’s worth the work. And the Mazda is cheap enough to just use as a beater as-is. Which one would you pick?