Here at Lane Motor Museum, where I work as Education Director, I’ve noticed recently that along with odd and unique cars that we have in the collection, we have several odd and unique ignition and door keys. (Note to young people: car makers used to issue little pieces of metal with teeth cut into them called keys (pronounced KEEZ)). These keys came in various shapes in order to unlock and lock doors, and sometimes they issued a second key entirely that started an engine, as opposed to a remote fob and start button. Weird, right?

Now, with over 550 cars in the collection, I’ve only selected ones that I find interesting looking. There are several cars that either don’t need a key to start the engine in the first place, or don’t have a working ignition lock anymore.

Let’s dig through the Lane’s key cabinet, shall we? 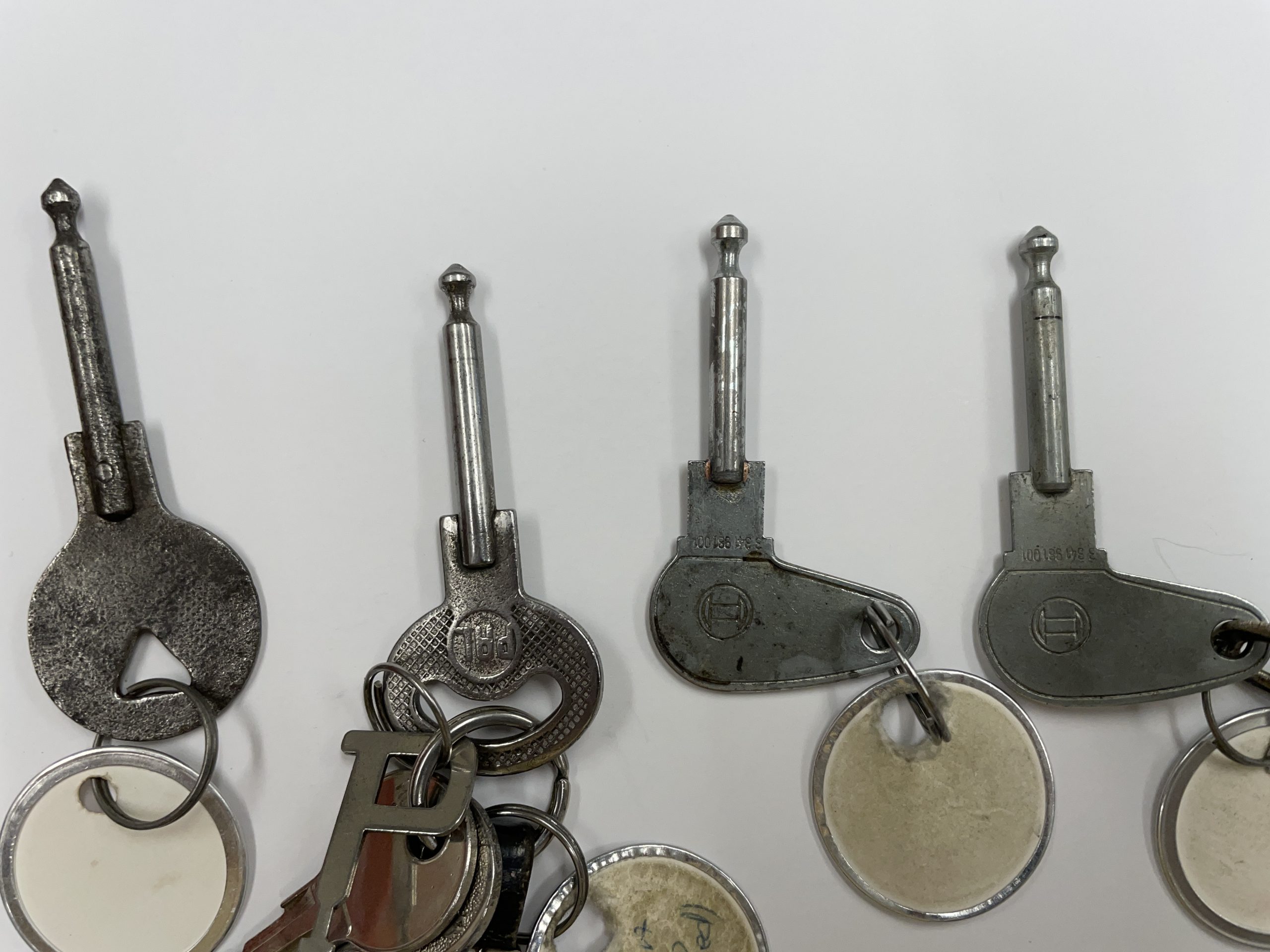 These old-timey fellas are known as ignition nails. While they are all pretty similar in shape, the ends of the nails are tapered or shaped differently depending on make or model. The fact they are not toothed to a specific set of tumblers is a clue to how they operate: by inserting the nail into the ignition, you are simply completing the circuit. The engine could then be started, sometimes by pushing the ignition key in; in other instances, there was a separate button. 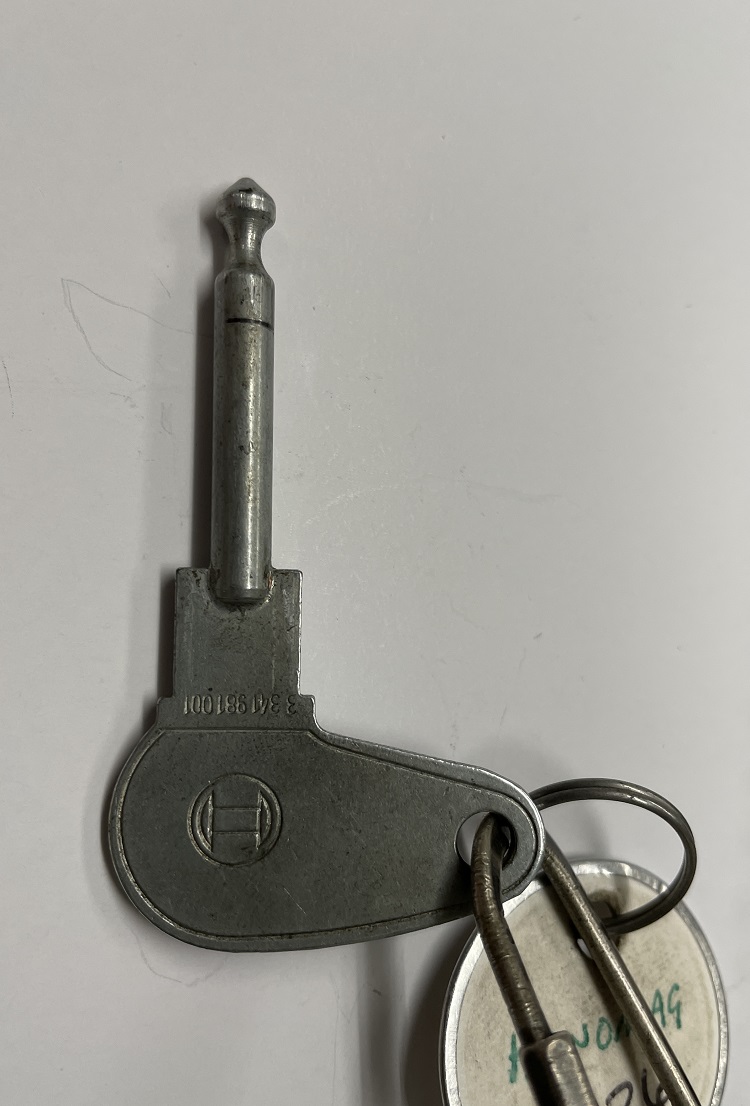 The close-up on this Hanomag 2-10 PS Kommissbrot’s key shows that is made by Bosch, who made several of our pre-war nail-style keys. 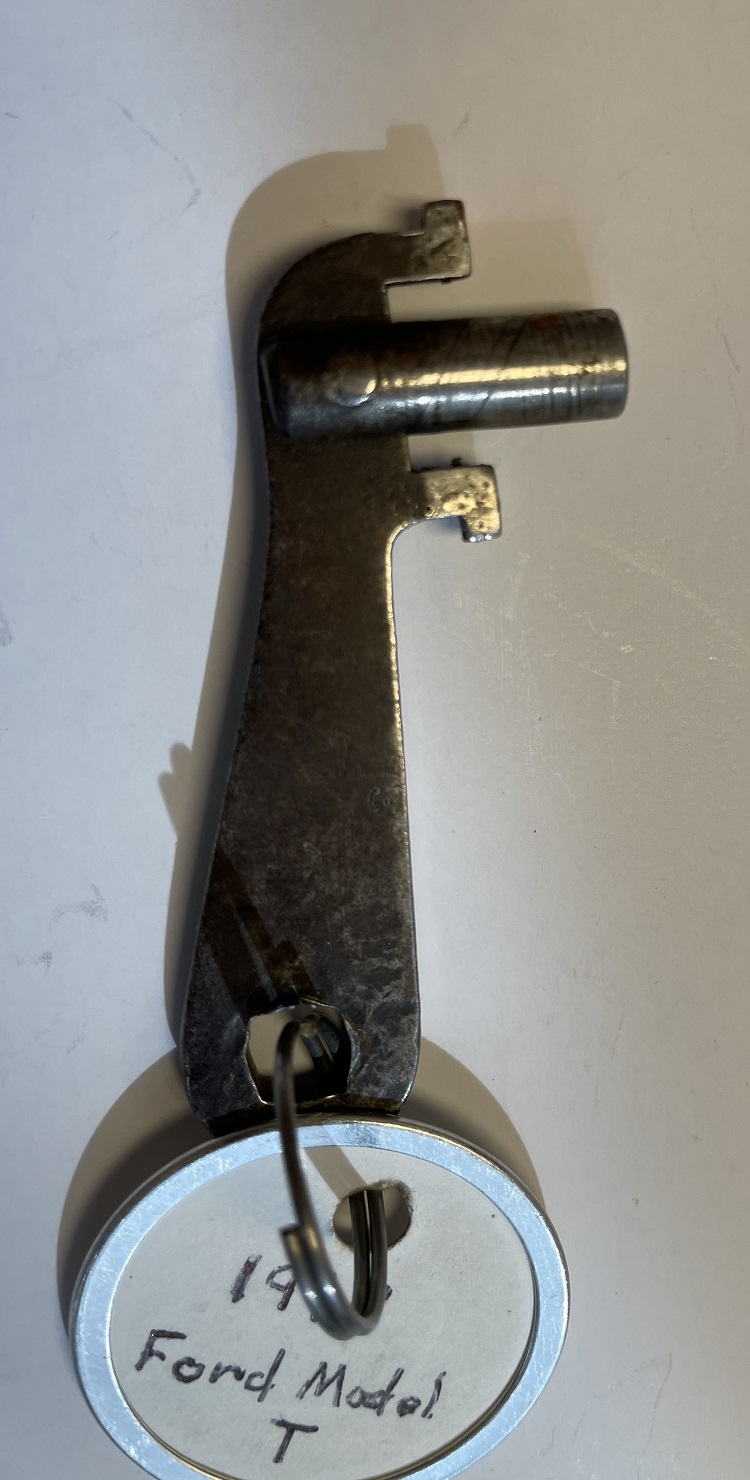 Let’s jump backwards in time a bit to show you our 1918 Ford Model T’s key. It’s sort-of toothed, and when inserted, you were able to select either power from the magneto or the battery. 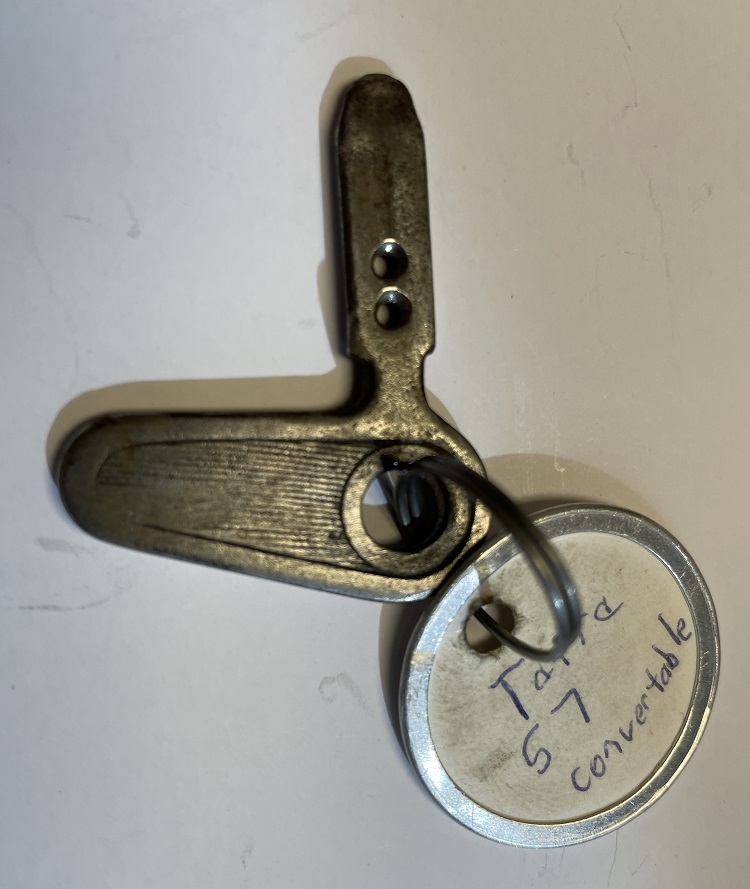 Check out this 1934 Tatra T-57’s key. I assume the little holes act as teeth for the tumbler.

This Trojan bubble car key is A) dainty, and B) one of the keys that when inserted, acts as it starting lever. You put the key in the ignition, and push away from the driver to start the engine. Every time I start it, I always feel like I’m going to break the bakelite that encases the metal key. [Editor’s Note: I mean, there is a huge crack in there. – JT] 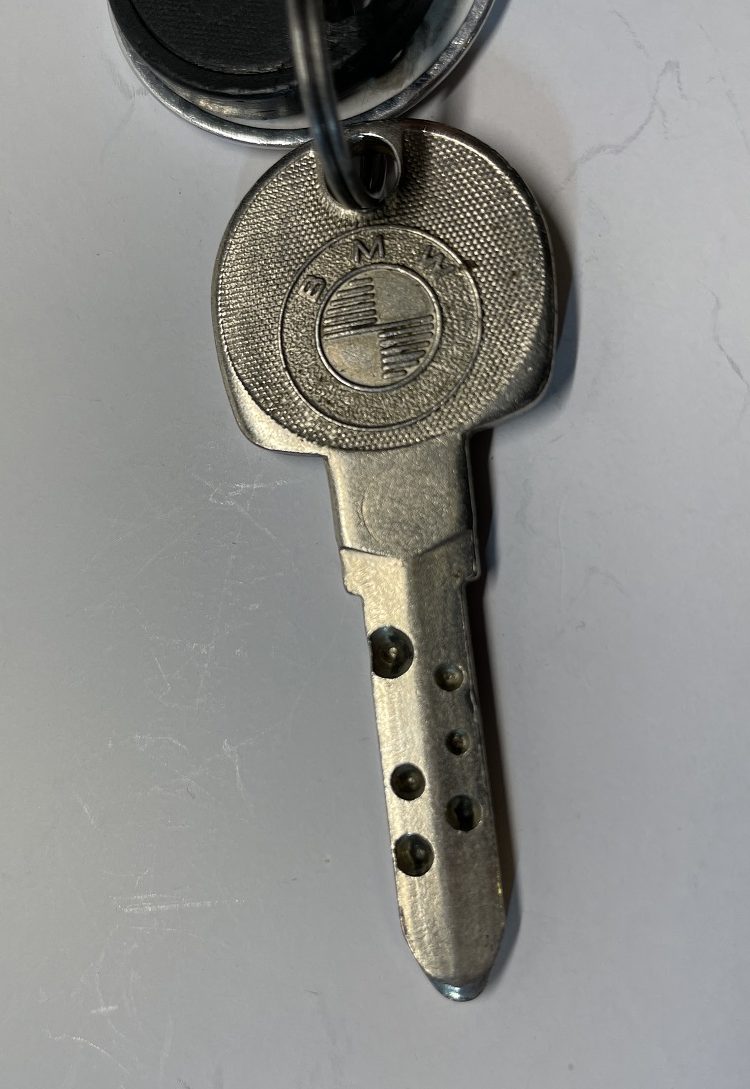 Jumping ahead to the 1970s, this holed key is from our 1973 BMW Bavaria, the only car BMW sold in North America that did NOT have an alpha-numeric model name, besides the Isetta. It also seems to have the Swiss Cheese holes-as-teeth sort of approach. 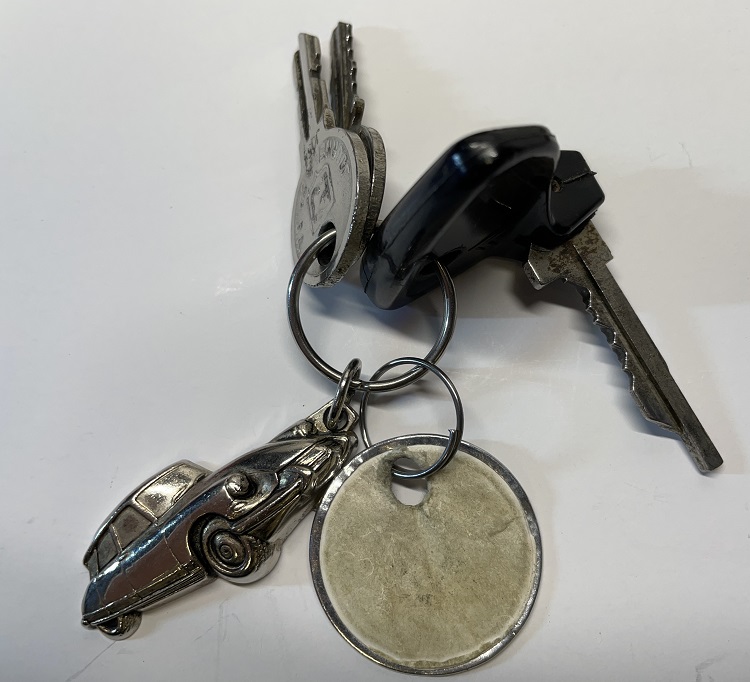 Ignore the ID19 key chain, because this folding key is actually from our 1973 Citroën SM. I do not know why the key hinges perpendicular to the plastic grip. It doesn’t fold flat in order to save space in one’s pocket, so I’ll have to do some research as to why the key is designed this way. Knowing French engineers in the 1970s, there has to be a reason. 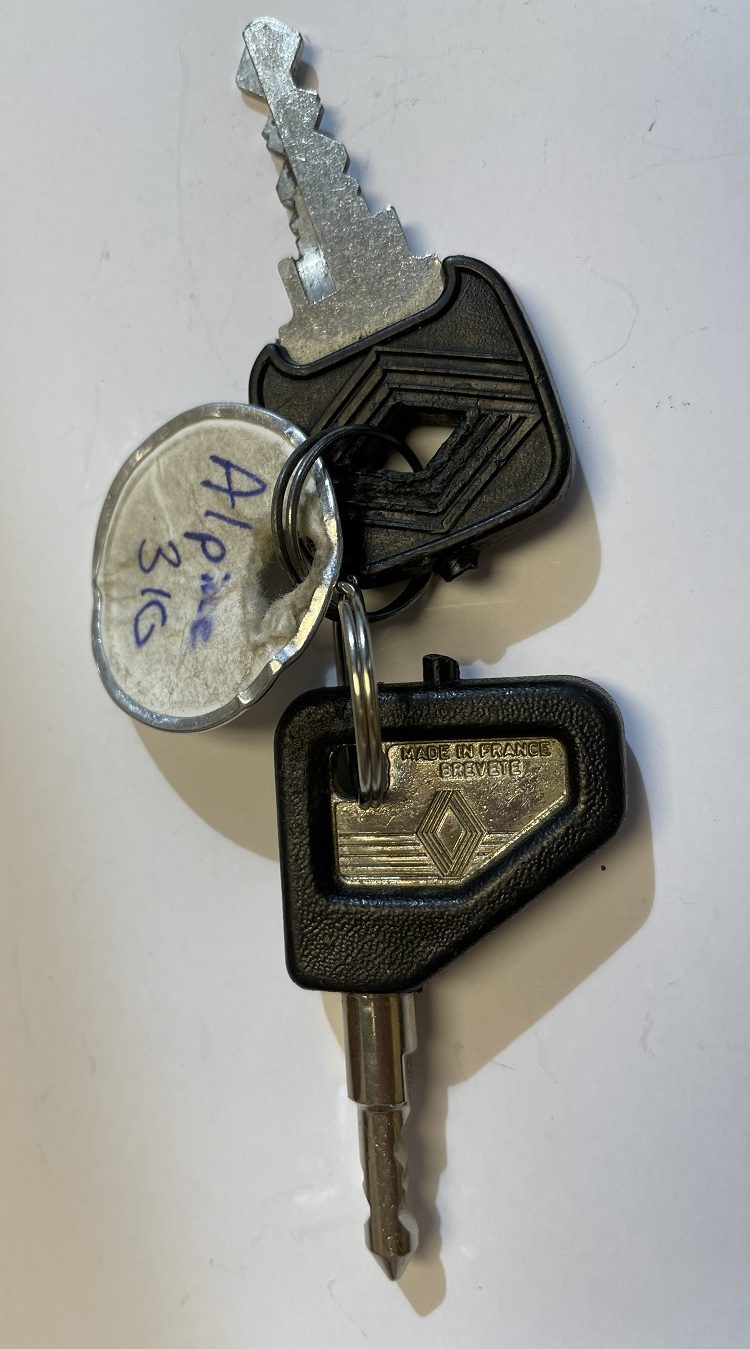 This 1985 Renault Alpine 310’s key has an end that is similar to an old ignition nail. It’s also smaller in size compared to other European 1980s keys.

Skipping ahead in time, this 2013 Lotus Evora S key has to be one of the last thin, British metal keys to be manufactured. For decades, Jaguar issued these distinctive cylindrical keys. Does anyone know if these Jag-style keys had a name?

[Editor’s Note: I do, Rex! These are called Tibbe locks, and Ford used them as well. Instead of tumblers like most locks, these use a series of discs that the notched key cylinder slides into. Here’s a nice video of how to pick these locks, in case you want to, you know, steal a Jaguar.

I meant learn how they work! Not steal. – JT] 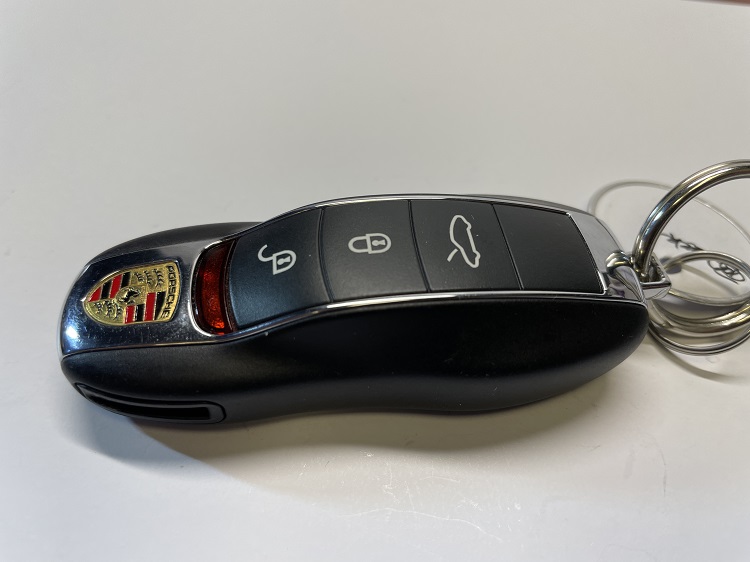 Ok, I know I was teasing the youths earlier, but we do have more modern cars in the collection with interesting remote key fobs. This Porsche 911 50th anniversary edition’s remote is shaped like the car itself, yet has to be inserted and twisted to start the car. Of course, this being a proper 911, the ignition is located to the left of the steering column. 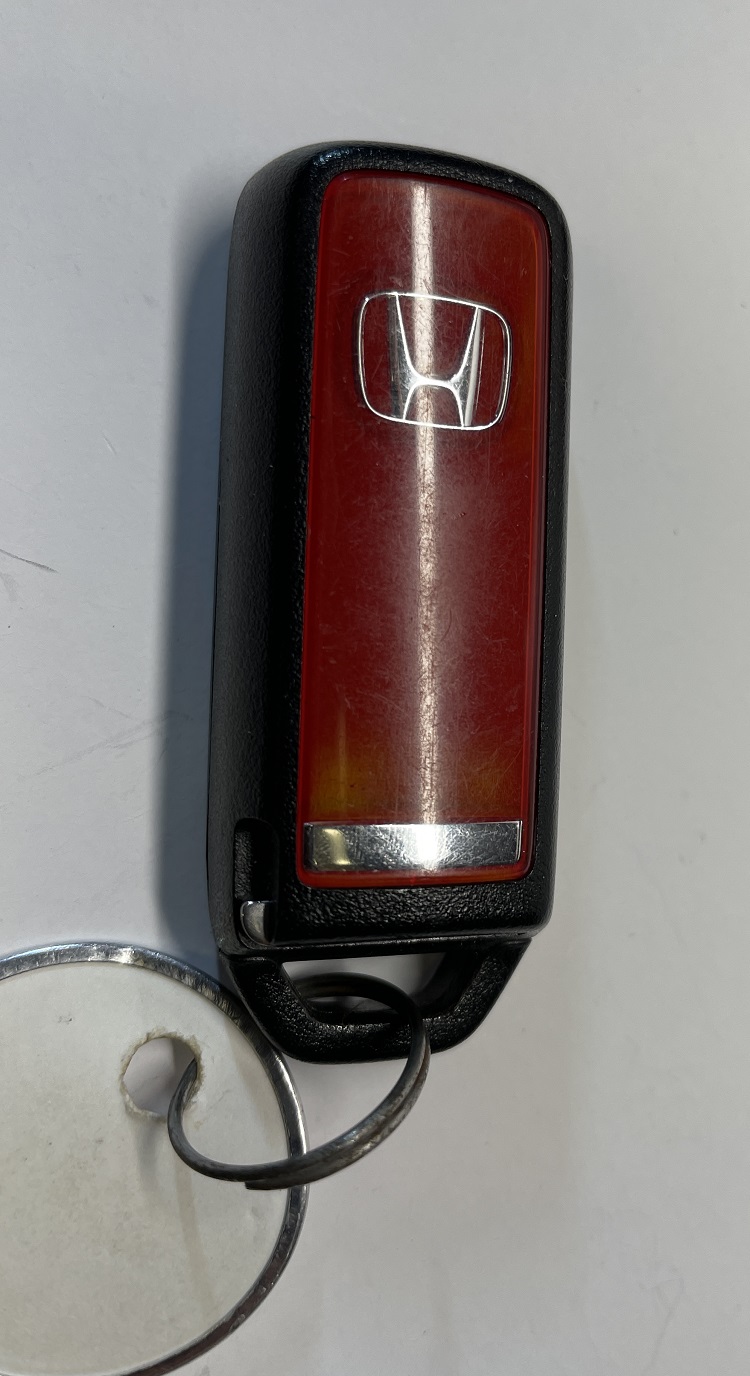 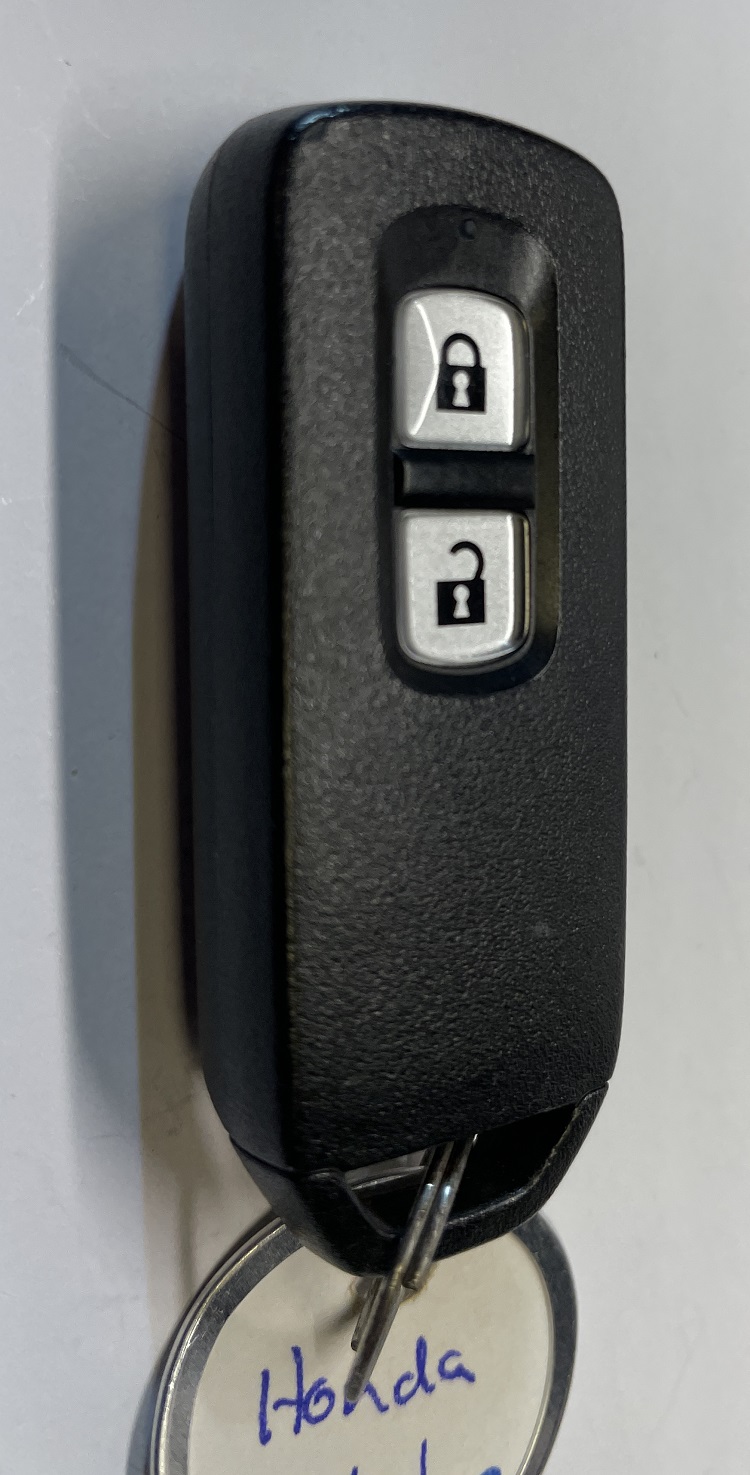 Our last interesting key is from our JDM 2014 Honda N-One. It’s one of the few cars in the collection that has a proximity key and a push-button start. However, if you know your late model Honda motorcycles, you’ll notice this is the same key as found on many of their two-wheeled offerings. I assume it was just easier to use an existing Honda product.

If you think keys can be interesting and unique, oooh boy, do I have content for you. As many of you are taillight aficionados like Torch, I’ll be doing a show-and-tell of semaphores and odd turn signal indicators soon.