The 2023 Dodge Hornet Is Here. The Electrified Version Gets A Tiny 1.3-Liter Engine And Makes A Ridiculous Amount Of Torque

With a 1.3-liter four-cylinder engine and a 90-kW (121 HP) electric motor, Dodge’s new crossover, The Dodge Hornet R/T PHEV, makes a combined “285-plus” horsepower and a ridiculous 383 lb-ft of torque. Here’s what we know about Dodge’s new mid-size crossover.

That 1.3-liter is the same “Global Small Engine” four-cylinder engine found in the Jeep Renegade and Alfa Romeo Tonale, with which the vehicle shares a platform. The motor and a six-speed automatic powers the front wheels while the electric motor, which Dodge deceivingly says “can deliver 1,844 lb.-ft. (2,500 Nm) of torque from 0 rpm,” sends the torque to the rears, and works with a 15.5-kWh refrigerant-cooled lithium-ion battery pack to get the vehicle roughly 30 miles down the street in fully electric mode. (Note That torque figure clearly includes a gear reduction, and doesn’t represent the torque made solely by the motor itself). 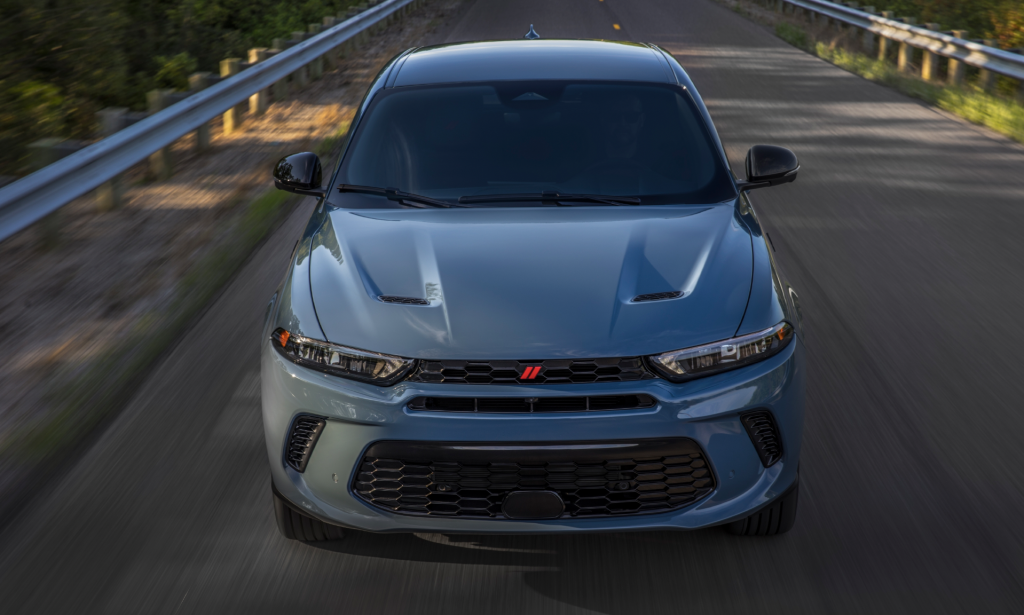 There’s also a 2.0-liter Hurricane engine — the same one from the Jeep Wrangler and Cherokee, among others — on GT models. Dodge says it’s “the industry’s quickest, most powerful utility vehicle under $30,000,” with “265-plus horsepower and 295 lb.-ft. of torque” going to all four wheels via a nine-speed automatic. Zero to 60 mph should go by in 6.5 seconds according to Dodge. Stopping from that speed involves Brembo four-piston front fixed calipers, which are standard R/T and optional on the GT.

Initially, the R/T PHEV actually accelerates slower than the GT, achieving the zero to 60 mph deed in 7.1 seconds. However, it has a trick up its sleeve that Dodge calls PowerShot. It works something like a boost power-up in a racing game. When you pull both paddle shifters then put the hammer down, the battery and electric motor provide a 15-second boost of an additional 25 horsepower. This shaves a full second off of the acceleration time, making the Hornet get the job done in 6.1 seconds.

Also like a power-up in a video game, PowerShot has a cooldown period. You have to wait 15 seconds before you can get another 15-second blast. Both the GT and the R/T get power to the road with help from torque vectoring. When the vehicle is driven in Sport Mode, the torque vectoring system will also act as an electronic limited-slip differential. 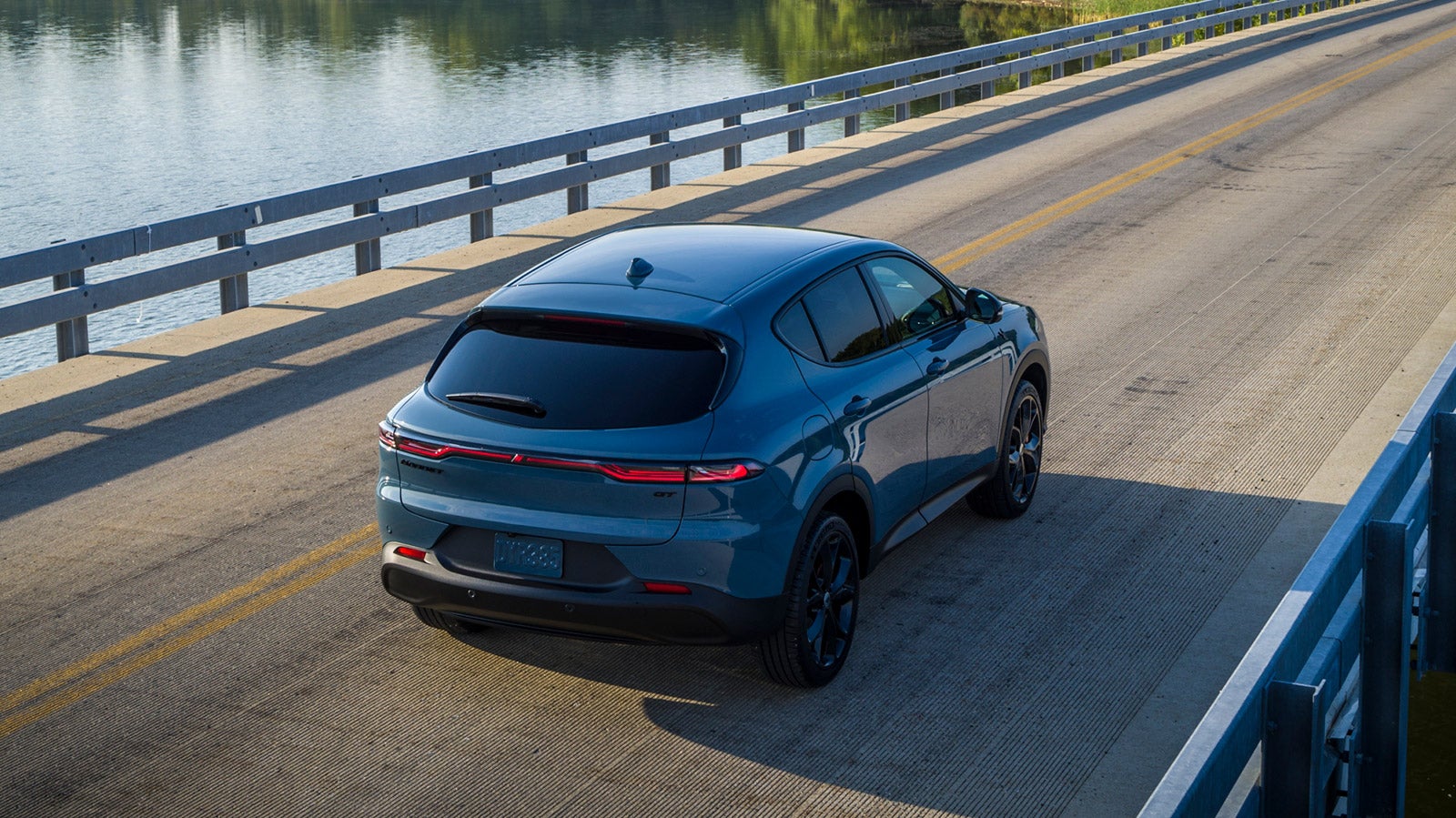 The Hornet R/T can charge its own battery using a starter generator and regenerative braking. When plugged in with a Level 2 charger, the battery charges to full in 2.5 hours thanks to a high-power inverter and 7.4-kW charging module.

That power and the PHEV system of the R/T are only part of what’s going on under the Hornet’s sheet metal. You get a full independent suspension with MacPherson geometry up front and a three-link Chapman setup in the rear.  If you get your Hornet with the Track Pack option, you also get dual-stage valve shocks, which offer driver-selectable suspension damping. 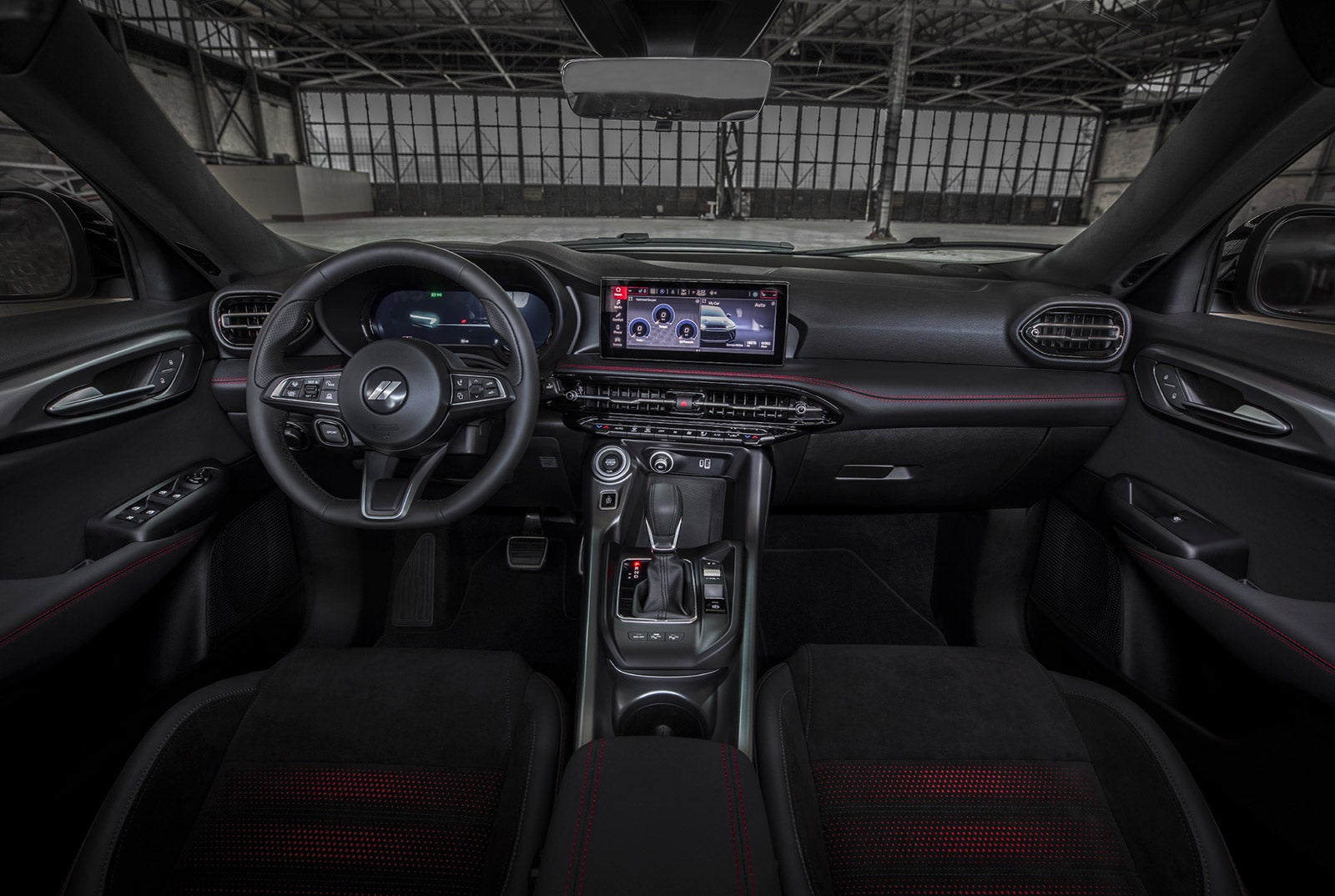 On the technology front, the Hornet gets a Level 2 driver-assistance package with adaptive cruise control, a system to keep the crossover in its lane, automatic emergency braking, and a speed assist system. Inside, the driver sits in front of a 12.3-inch digital gauge cluster while a 10.25-inch screen commands the Uconnect 5 infotainment.

Just like the rest of the Dodge portfolio, the Hornet will have some factory-backed Direct Connection upgrades. Dodge rolled out the Dodge Hornet GT GLH Concept, an homage to the 1980s Dodge Omni GLH. 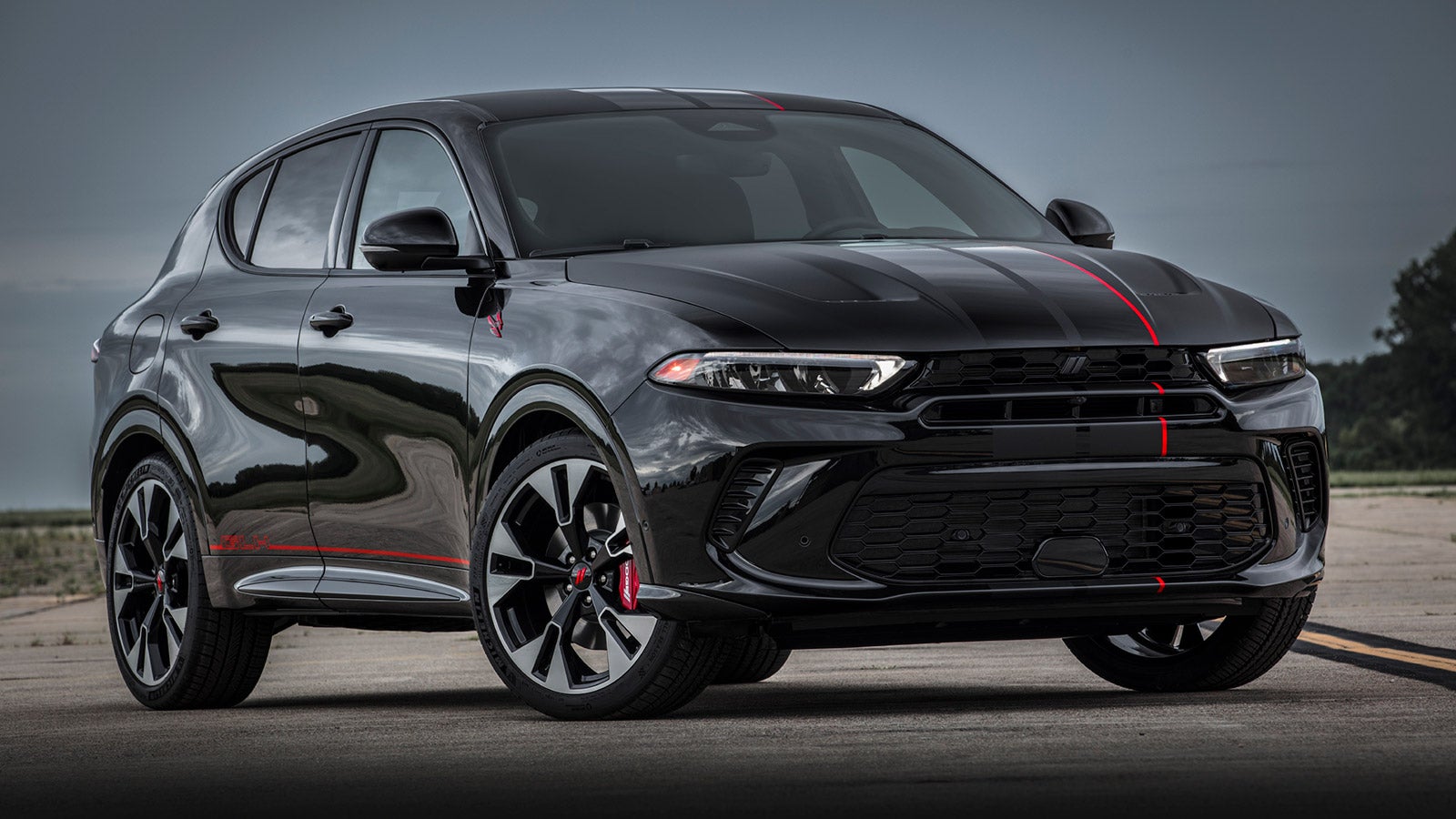 The Hornet GT GLH features what are mostly cosmetic parts with 20-inch wheels, racing stripes, and painted trim. That’s complemented with a lowered suspension and unrestricted exhaust. Dodge says that it also has a stage kit with stackable performance upgrades.

However, the automaker notes that details about exactly what parts will be available and horsepower numbers for the stage kits are to be revealed at a later date.

Dodge calls the Hornet R/T its first-ever electrified performance car. The Hornet does bring some fine numbers to the table and it seems like the company is trying to keep its performance-oriented spirit alive in this age of electrification. It’ll be interesting to see the Hornet’s final numbers for fuel economy and if SRT gets involved to make an even faster version.

(All photo credits to Stellantis.)