The 2023 Toyota GR Corolla Morizo Edition Is A Lightweight Version Of The GR Corolla With No Rear Seats, No Rear Window Motors, And No Rear Speakers

It’s called the Morizo edition, and it’s a hard-core version of Toyota’s already hardcore GR Corolla. See those rear doors? There are no seats behind them, there are no speakers in them, and that glass does not move. On top of that, there’s no rear wiper, the roof is carbon fiber, the wheels are lighter — this is all in an effort to save 100 pounds of curb weight in Toyota’s highly anticipated hot hatchback.

Toyota’s announcing all sorts of cool stuff today at a press event at its U.S. headquarters in Plano, Texas, the most exciting so far being the Toyota GR Corolla Morizo edition (named after the pseudonym Toyota president Akio Toyoda uses while racing), a lightweight version of the 300 horsepower, manual transmission-equipped hot hatch that will hopefully quench America’s thirst for the firebreathing GR Yaris that never made it stateside.

The special edition, of which only 200 will be built, weighs in at at estimated 3,186 pounds — roughly 100 pounds lighter than the GR Corolla Circuit Edition. That weight savings comes courtesy of some good old fashion content-reduction. There’s no rear seat, there are no window regulators in the rear doors, there are no rear door speakers, and there’s no rear wiper. 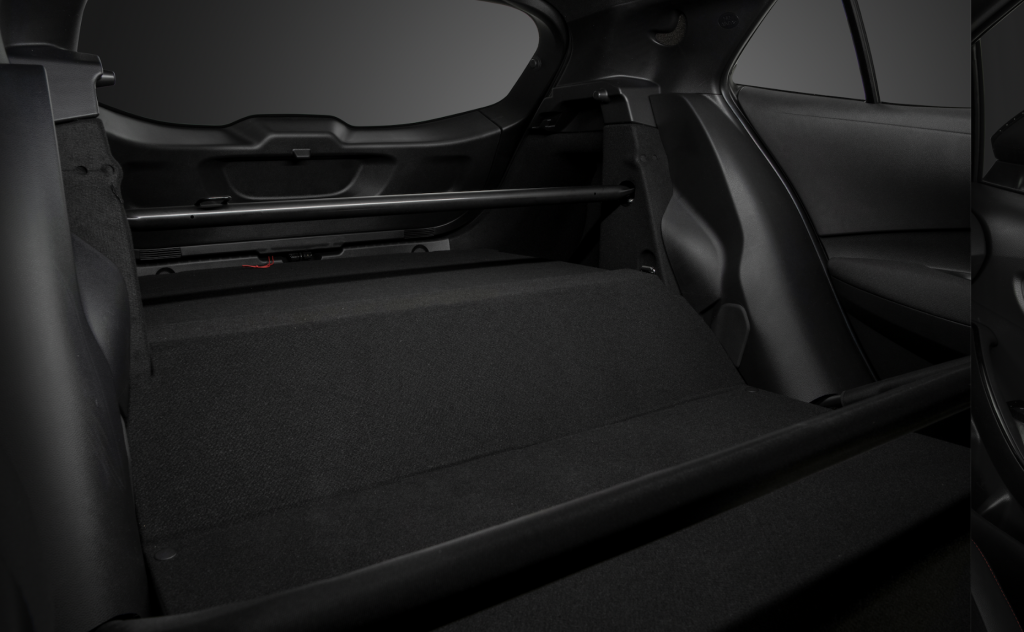 All of these things, Toyota says, “were pulled to save every ounce.” And yet, I still see an infotainment screen? I still see air conditioning? I still see carpeting? Come on, Toyota, keep going with the decontenting; get that curb weight below 3,000! 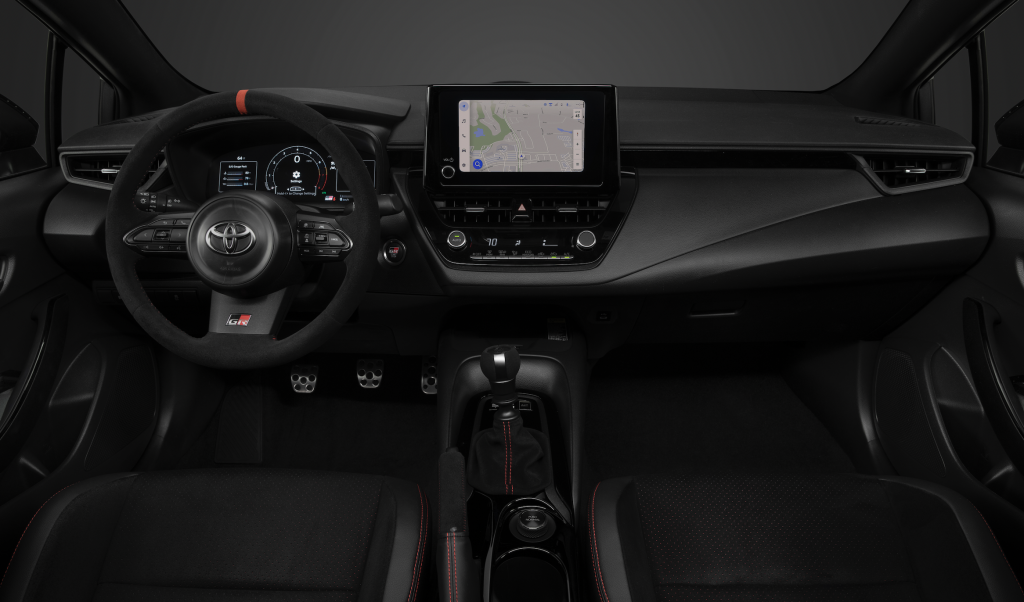 Content reduction wasn’t Toyota’s only weight-savings strategy. The roof is also carbon fiber, and the wheels are supposedly lighter. On top of that, the 1.6-liter turbocharged three-cylinder makes more torque now — 295 instead of 273 on the standard model. Toyota also says transmission and differential gearing is shorter to maximize acceleration, and that the Morizo edition gets wider tires.

Looking at the actual gearing, it appears that the only gear in the new transmission that is shorter than that of the standard car is third. Here’s Morizo:

And here’s the standard car:

So I’m assuming the gearing in the differentials is significantly shorter on the Morizo, though I don’t have the numbers yet. 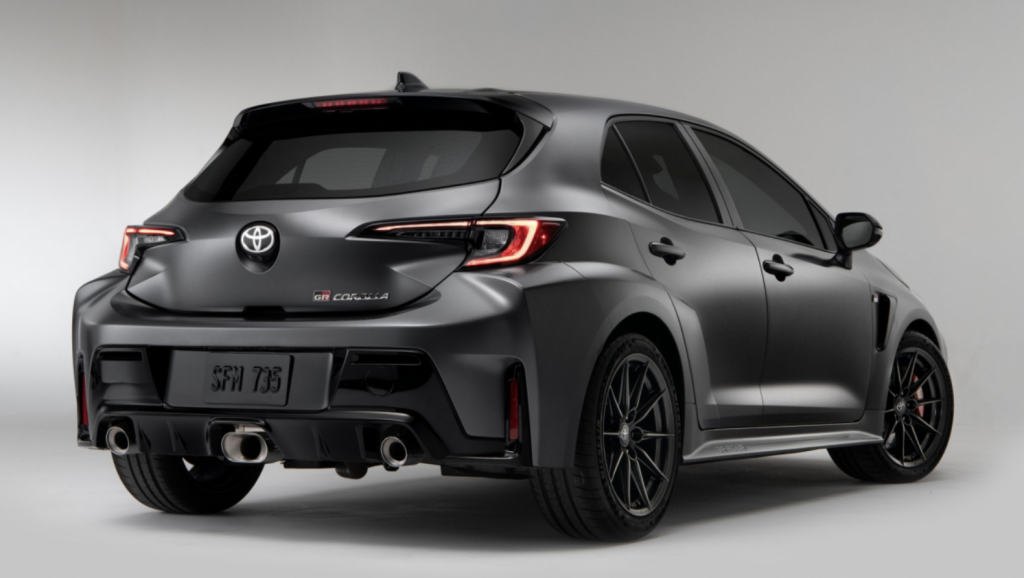 You may think that 100 pounds of weight-savings isn’t that impressive, but it’s significant when you consider that Toyota claims to have increased the hot hatch’s stiffness with additional bracing, saying in the company’s press release:

GR engineers have also increased rigidity, with two additional floor braces and one additional rear strut brace, and its frame has an additional 349 spot welds and over six meters more structural adhesive than a standard Corolla hatch frame.

Two braces span the rear of the cabin for structural support, with ample space to fit four tires for a track day.

This story is being updated, as it is breaking news. All images: Toyota

Rust-loving Jeep man, cofounder and EIC of The Autopian, Jason's friend. Email: david@autopian.com
Read All My Posts »
PrevPreviousFun In The Sun For Under $2000: 2003 Mitsubishi Eclipse vs. 1983 Ford Mustang
NextThe Production-Spec Mercedes-AMG ONE Hypercar Feels So Five Years AgoNext