Despite being a fairly sensible and (in certain trims) completely forgettable compact car, the Subaru Impreza has enjoyed a strong loyal following for decades in America. For the 2024 model year, Subaru has redesigned the Impreza with focus on the enthusiasts who’ll always drive these cars. Spoiler alert: It looks pretty great.

While Subaru is no stranger to controversial styling as of late, the new Impreza feels like a breath of fresh air as it doesn’t look ugly. In fact, it’s more than just inoffensive, it’s handsome. What a shock considering the hectares of plastic cladding affixed to the WRX. Subaru wanted the new Impreza to emphasize practicality, so it’ll only be available as a hatchback and feature built-in roof rack mounts like what you’d see on certain German cars.

Starting with a body structure that’s 10 percent stiffer than that of the outgoing car, Subaru has seemingly listened to enthusiasts with this new Impreza. The Sport trim actually features performance upgrades like retuned suspension, bigger brakes, multiple drive modes, and 18-inch wheels with lower-profile sidewalls. For those seeking more power, the legendary 2.5 RS nameplate is back, featuring an actual 2.5-liter engine with a reasonable 182 horsepower at the peak of the powerband and 178 lb.-ft. of torque at 3,000 rpm. It’s nice to see a big engine option on a standard Impreza, although it’s not entirely surprising considering that the Crosstrek also has that available 2.5-liter engine. Equally interesting yet not entirely surprising is that the new Impreza features a version of the steering rack from the WRX.

As for the base powertrain, it’s a two-liter flat-four making 152 horsepower and 145 lb.-ft. of torque. Perfectly adequate numbers for a compact car, if not necessarily thrilling one. Unfortunately, it seems like Subaru’s fumbled the bag a bit by only equipping the new Impreza with a CVT. While it likely plays nicely with advanced driver assistance systems, the general Impreza community is incredibly vocal about its desire for manual gearboxes, and I know several new Impreza buyers who actually voted with their wallets. While Sport and 2.5 RS models get paddle shifters and eight simulated ratios, that just doesn’t sound as enticing as rowing your own gears. 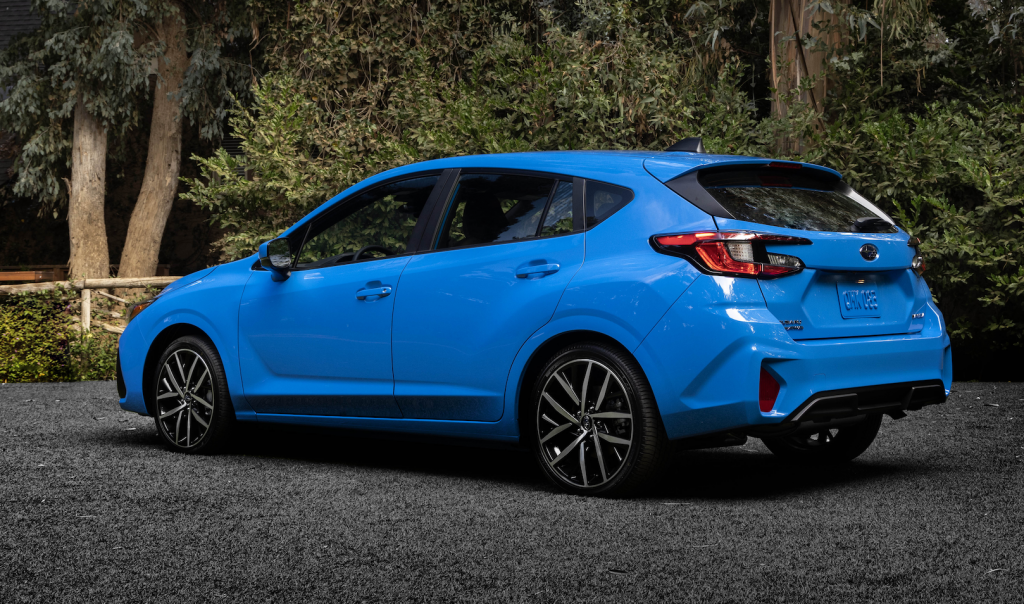 On the inside, the dashboard is virtually identical to the one on the WRX, with an optional 11.6-inch touchscreen dominating the experience. Considering how the WRX dashboard features a newfound focus on materials and ergonomics, it’s relieving to see it in cheaper models. Such toys like push-to-start, a Harman/Kardon stereo, and remote climate control activation are also on the menu, for drivers who want all the goodies. Mind you, base models don’t get the big screen, instead featuring an infotainment setup with two smaller displays. 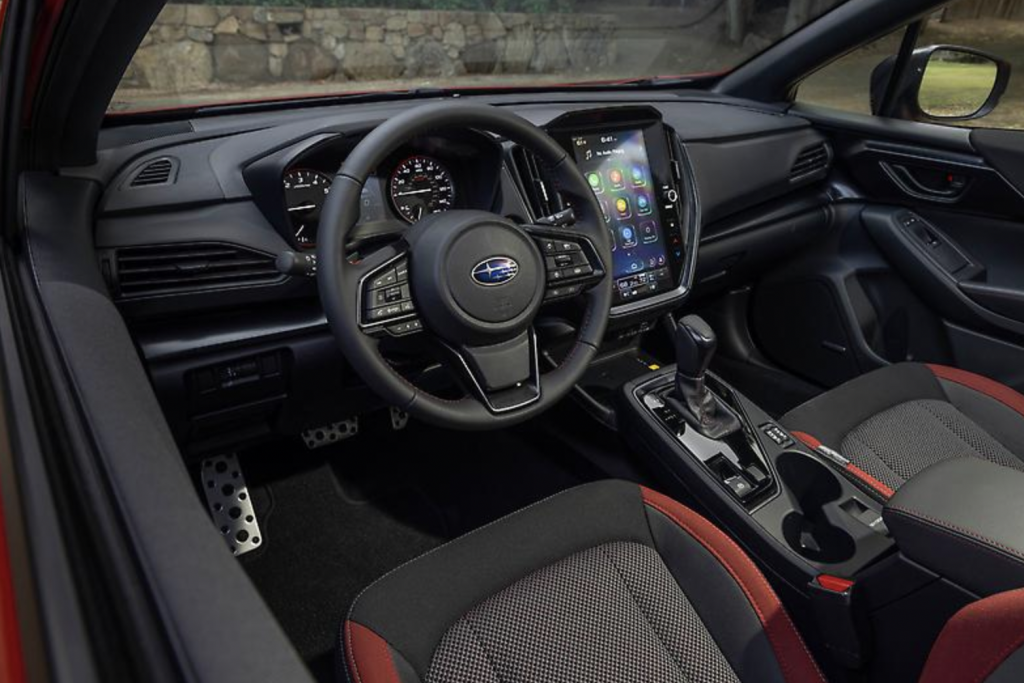 Of course, Subaru is all about safety, so the new Impreza features the latest version of the marque’s Eyesight advanced driver assistance suite. In addition to an electric brake booster, Subaru claims that this new system features a wider field-of-view than the outgoing version, and revised software for earlier obstacle detection.

While the 2024 Subaru Impreza likely won’t satisfy the most die-hard Impreza drivers, it seems like it should be a competitive entry into the compact car market. However, now that the Impreza hatchback is on the new SGP platform, I can’t help but wonder why Subaru doesn’t seem interested in producing a WRX hatchback. With more power and a manual gearbox, this little hatchback could really rip. Pricing hasn’t yet been announced for the 2024 Impreza, so expect Subaru to publish some numbers closer to the car’s on-sale date in the spring.

Thomas is a Nu Rave-blaring, heel-toe downshifting, maple syrup-swilling, chassis-geeking, junkyard parts-hauling, floppy-haired scenester who's been writing about cars since college. His current ride is a 2006 BMW 325i with the six-speed manual gearbox. Instagram: @thomas.hundal Twitter: @thomashundal
Read All My Posts »
PrevPreviousThe Fiat 500e Is Coming Back To America In 2024 And This Time Not As A ‘Compliance Car’
NextHere’s Every Trim Level And Color Available On The Sharp New 2023 Toyota PriusNext