With the new 2023 Toyota Prius taking the internet by storm, it’s only right to provide a thorough update now that U.S.-market colors and trim levels have been announced. Between mechanical upgrades and sharp design, it’s entirely possible that some of you are considering picking one up, so a full trim walk should hopefully be helpful. Let’s start with the standard Prius, the one you don’t need to plug in to extract its full potential. 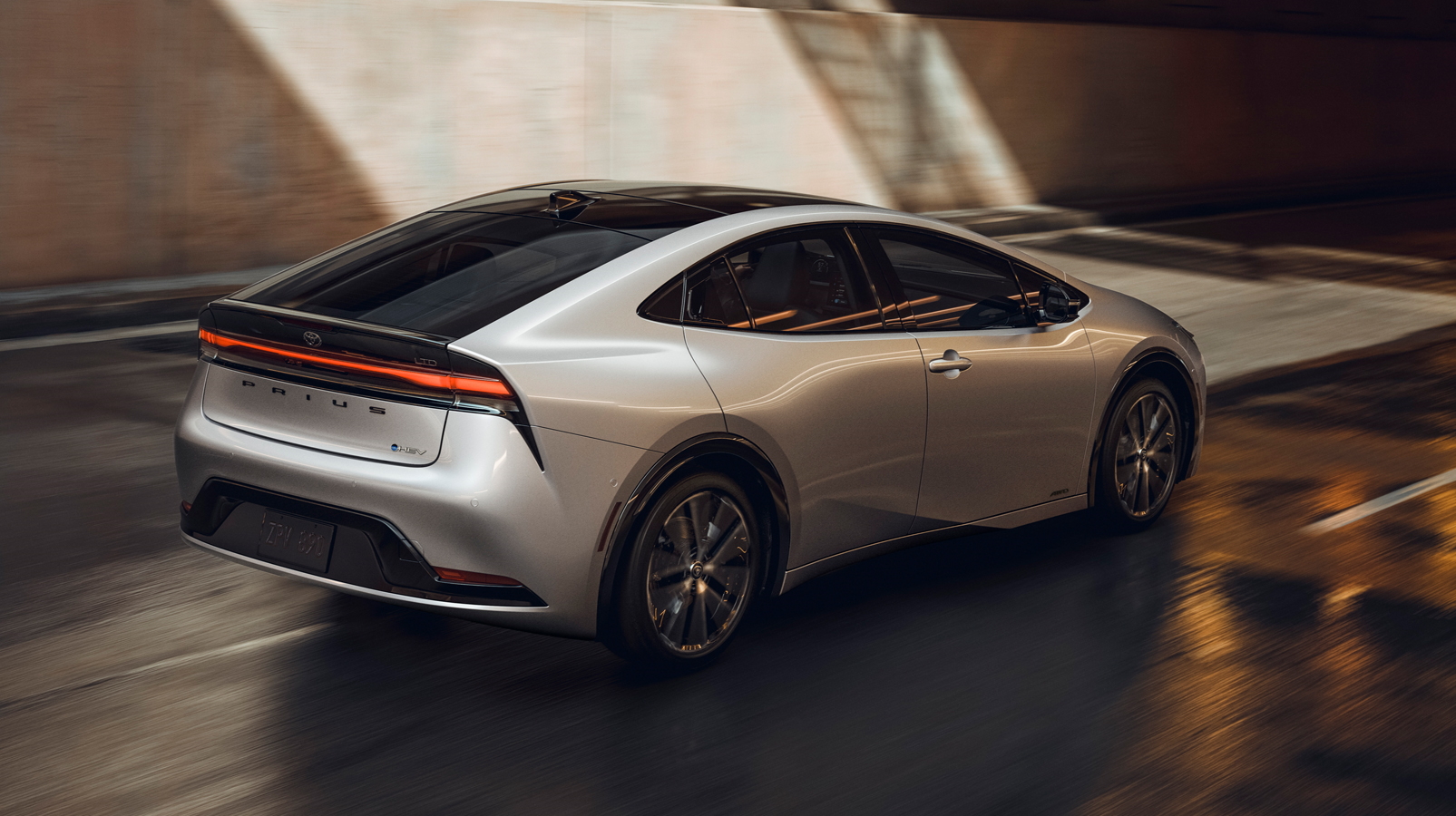 First, some bad news. That glorious mustard color seen on the global model won’t make it to America for 2023. It’s a shame, it would save taxi companies the cost of a respray at the very minimum. Still, there’s plenty exciting about the new Prius that a lack of yellow paint will seem quite minor.

Since the Prius has always been about fuel economy, fans will love to learn that the new car should be capable of 57 mpg combined, a strong figure for a series parallel hybrid. Best of all, that fuel economy comes hand-in-hand with increased performance, like 194 horsepower and zero-to-sixty in 7.2 seconds. Opt for all-wheel-drive, and that time falls to seven seconds flat while horsepower rises to 196. 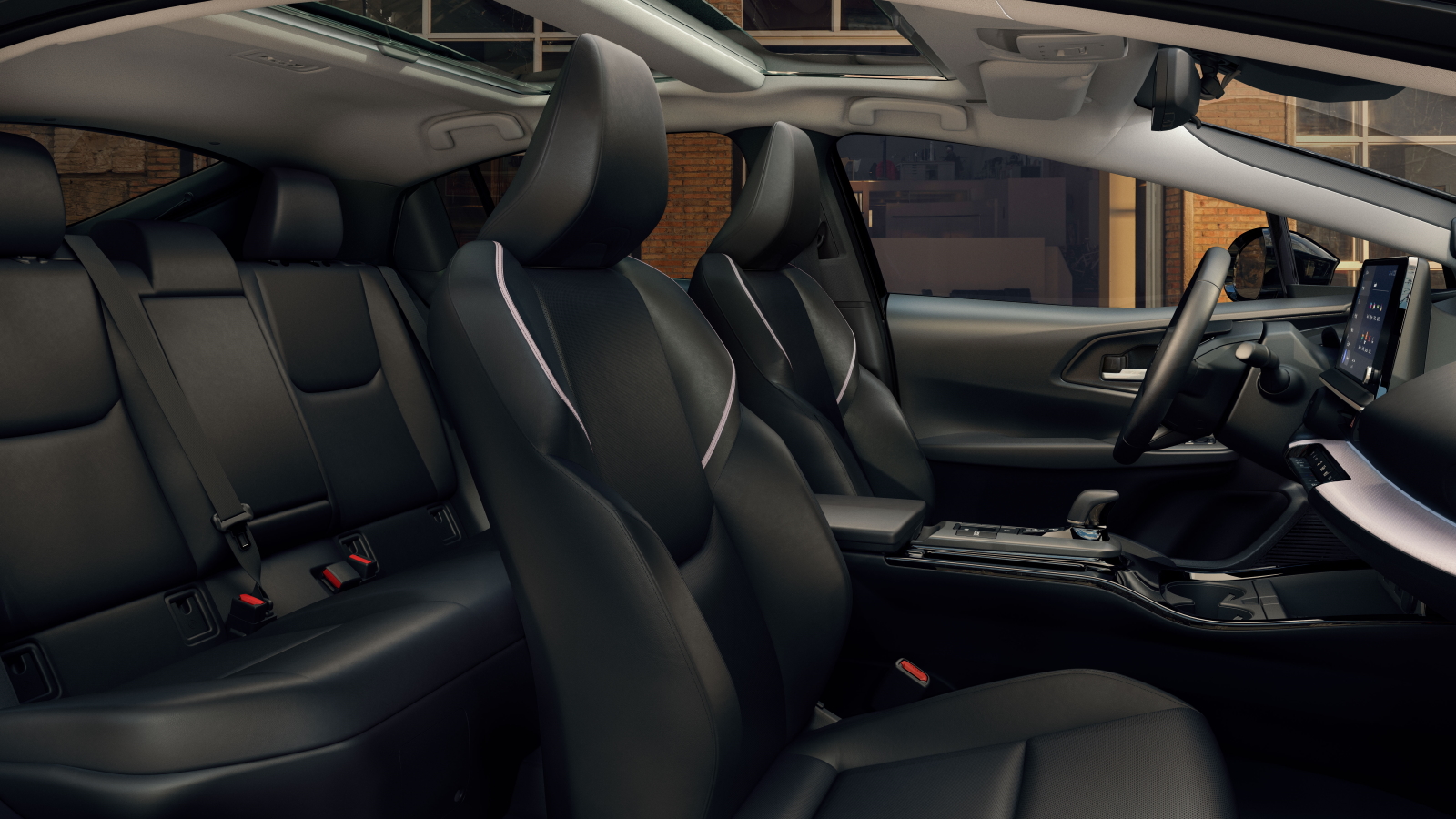 Since the traditional hybrid Prius is considered the mainstream version, Toyota’s kept things classy with LE, XLE, and Limited trims. While the published equipment list is a bit short on the LE trim, it’s thoughtful and includes a faux-leather steering wheel, an eight-inch infotainment system, and six USB-C ports. Step up to the XLE trim and you’ll see a big jump in equipment. After all, XLE is Toyota-speak for Executive Luxury Edition, so expect such fancy features as wireless charging, heated seats, a digital rearview mirror, a smart key, and 19-inch wheels. A glass roof, a 12.3-inch touchscreen, and digital key functionality are optional on XLE trim, but they’re all standard on the Limited model. Speaking of the top-dog Prius, it also gets a JBL audio system, ventilated front seats, and a power tailgate, with advanced parking assistance, a panoramic camera system, heated rear seats, and a digital rearview mirror all on the options list. 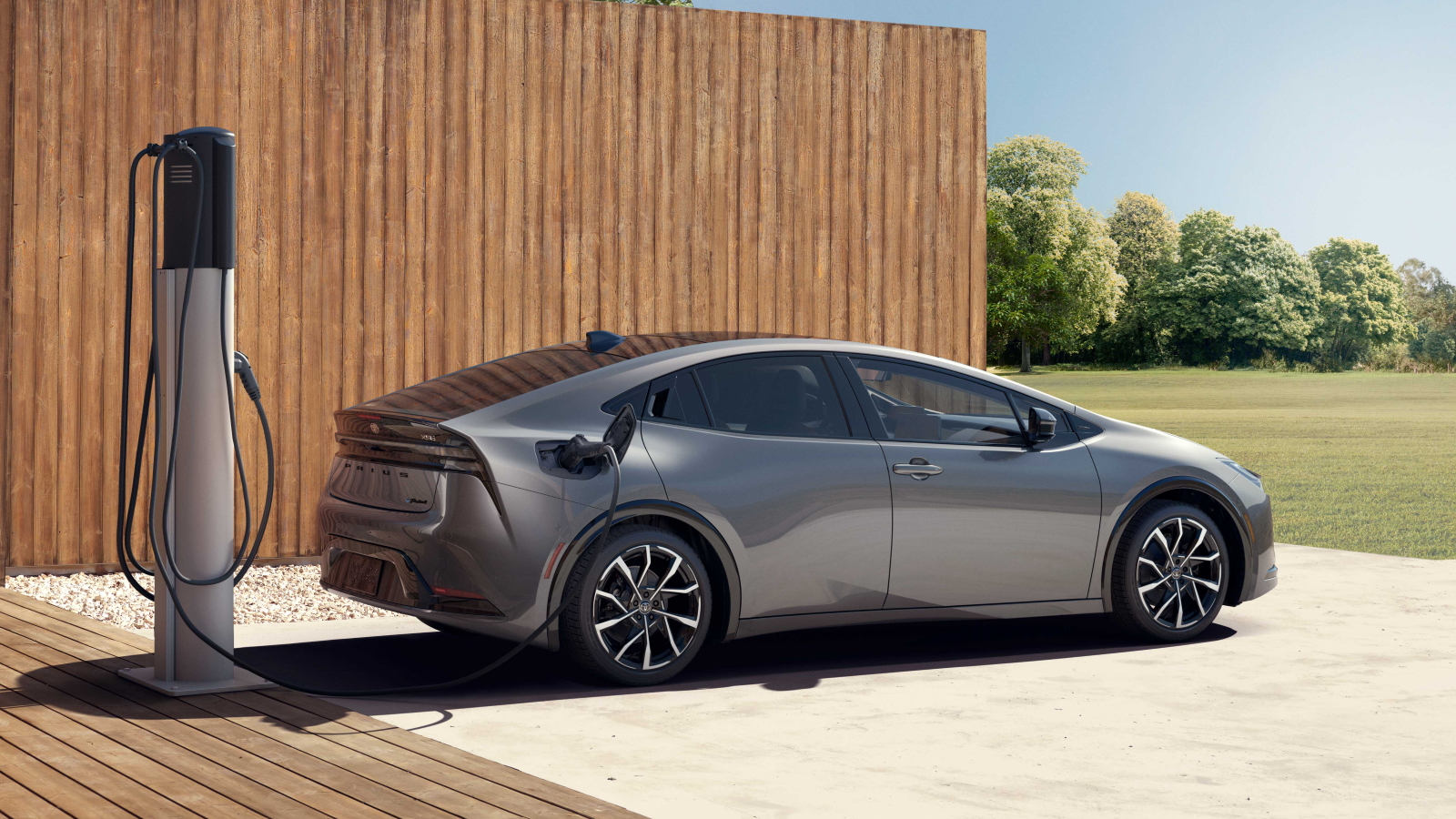 If you have reasonable access to a plug socket, the 2023 Toyota Prius Prime seems like a bit of a no-brainer. Not only does it put out a stout 220 horsepower, good for a zero-to-sixty time of 6.6 seconds, it’s not full-on hot hatch territory, but it’s firmly in the warm hatch realm. There’s more good news for enthusiastic drivers, as the hip point’s been lowered by almost an inch over the outgoing car. Toyota’s very clearly positioning the Prime as the quick Prius, so it’s available in SE, XSE, and XSE Premium trims.

Equipment on Prius Prime trim levels largely mirrors that on regular Prius trim levels, with a few exceptions. The basic SE Prius Prime adds a heated steering wheel, rain-sensing wipers, and traffic jam assist over a standard Prius LE, the latter working as a hands-free Level 2 advanced driver assistance system at speeds below 25 mph. Move up to the XSE trim and the equipment list gets considerably longer than on the Prius XLE. We’re talking unique 19-inch wheels, special heated and perforated faux-leather seats, and clear tail lights for a sleek look. Mind you, the Prius Prime XSE doesn’t get a digital rearview mirror, a bit of a blessing considering how terrible they are. 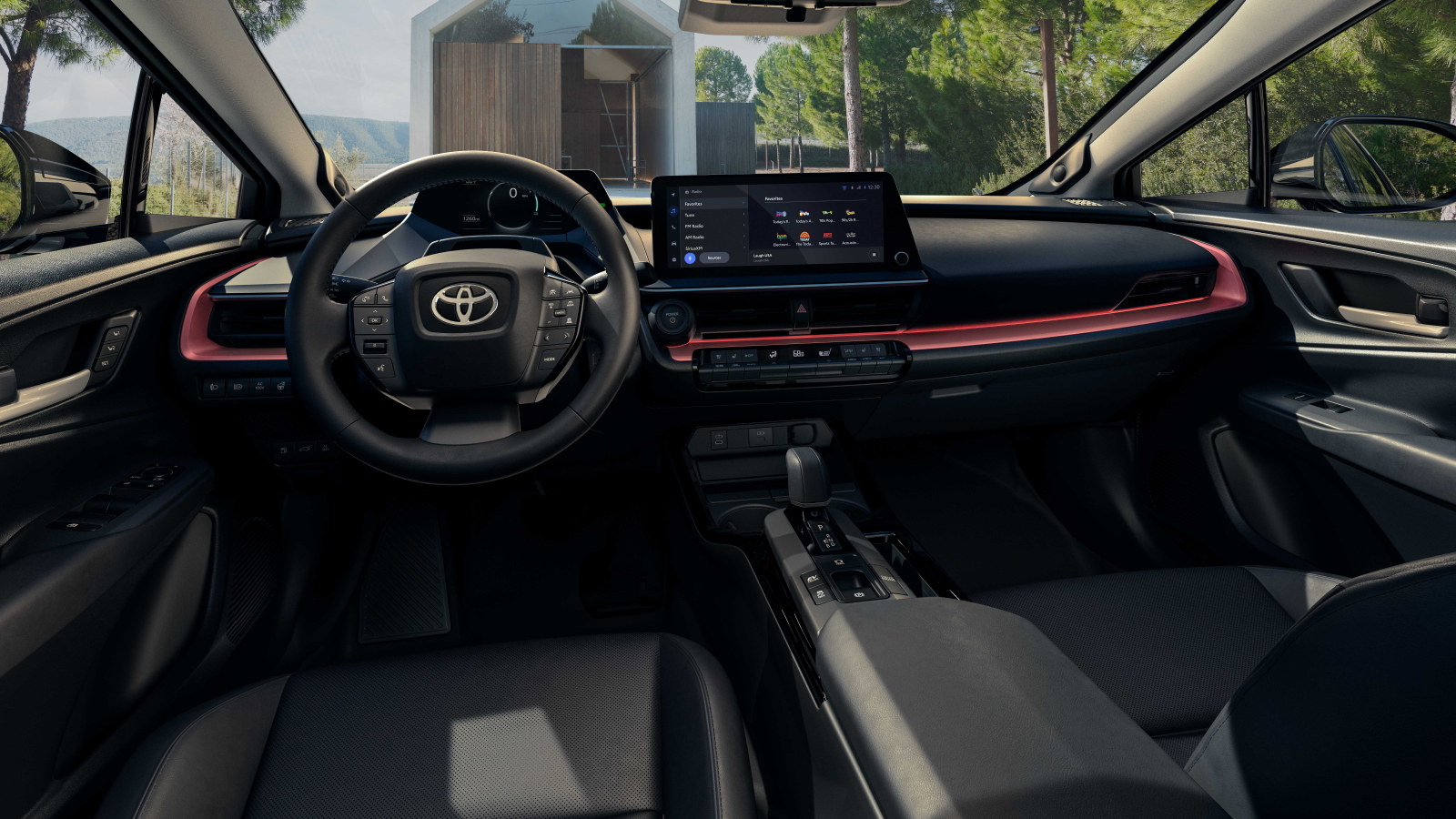 As for paint, both the Prius and the Prius Prime share a similar color palette. Wind Chill Pearl white, Cutting Edge silver, Guardian Grey, Black and Supersonic Red. Non-plug-in models get the added color of Reservoir Blue, but that’s about it as far as colors go. Given the popularity of the bright Blue Magnetism color on the outgoing Prius Prime, it’s a bit surprising to see Toyota avoiding fun colors for the most part. 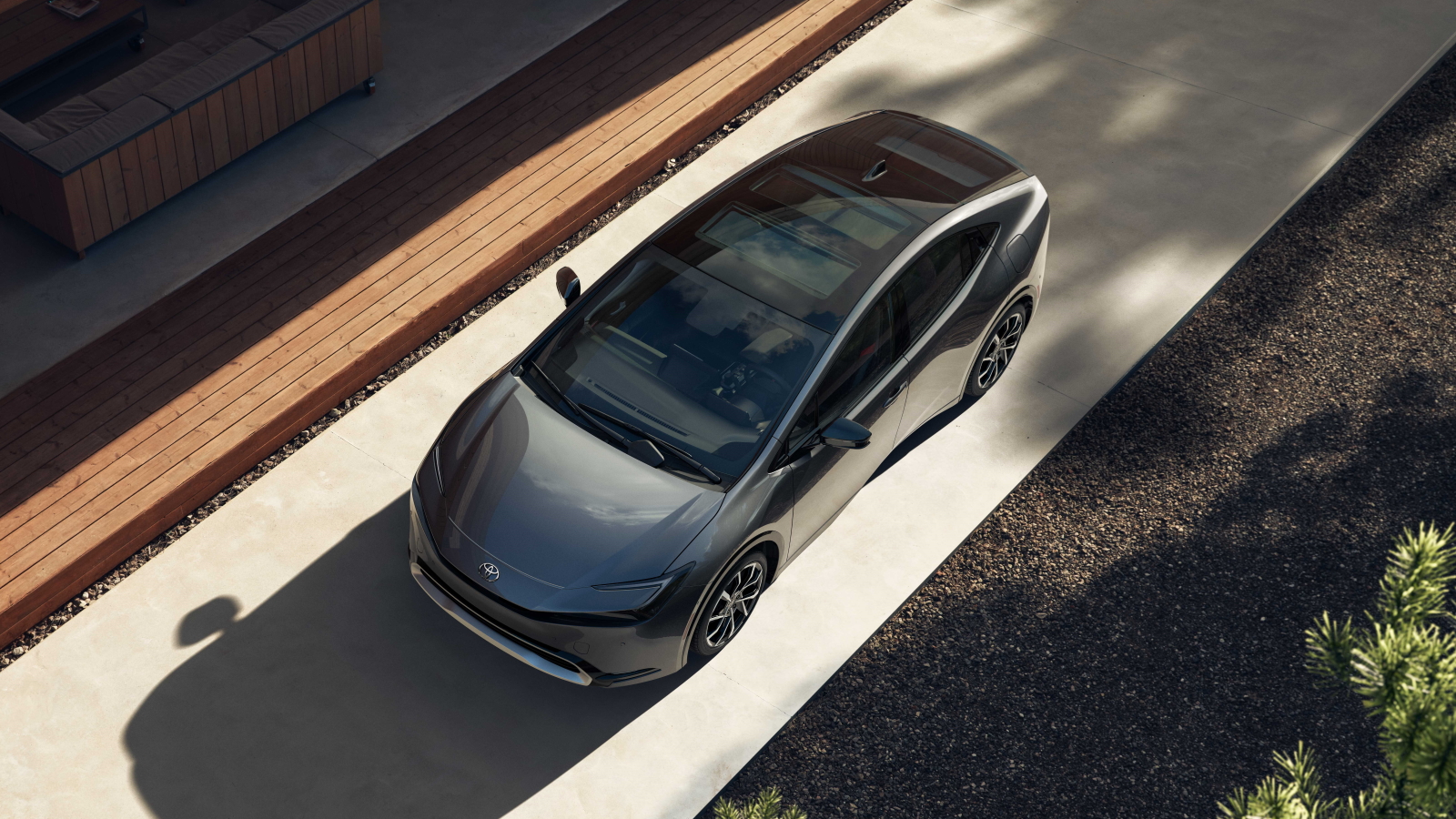 Curiously, both regular and plug-in Prius models will wear Toyota’s Beyond Zero badge despite not being battery electric vehicles or fuel cell electric vehicles. So what gives? Well, Toyota claims that the 2023 Prius is their first model to be carbon neutral, which should reduce its total lifetime environmental footprint from manufacturing to recycling.

While pricing for the 2023 Toyota Prius hasn’t been announced yet, it looks like we don’t have long to wait. Toyota plans on releasing pricing and an on-sale date for the regular Prius before 2023 rolls around, while the Prius Prime will have a slight delay with pricing and an on-sale date to be announced in the first half of 2023. If Toyota plans to keep pricing relatively close to the current model, the new Prius should be an absolute winner. Between sleek design, claimed efficiency, and a big power bump, it’s not here to ess around.

All photos courtesy of Toyota

Thomas is a Nu Rave-blaring, heel-toe downshifting, maple syrup-swilling, chassis-geeking, junkyard parts-hauling, floppy-haired scenester who's been writing about cars since college. His current ride is a 2006 BMW 325i with the six-speed manual gearbox. Instagram: @thomas.hundal Twitter: @thomashundal
Read All My Posts »
PrevPreviousThe 2024 Subaru Impreza Revives The Impreza 2.5 RS And Kills The Sedan
NextThe Autopian’s Glorious Wheelbarrow Full Of Shrimp Is A Hit At The LA Auto Show!Next