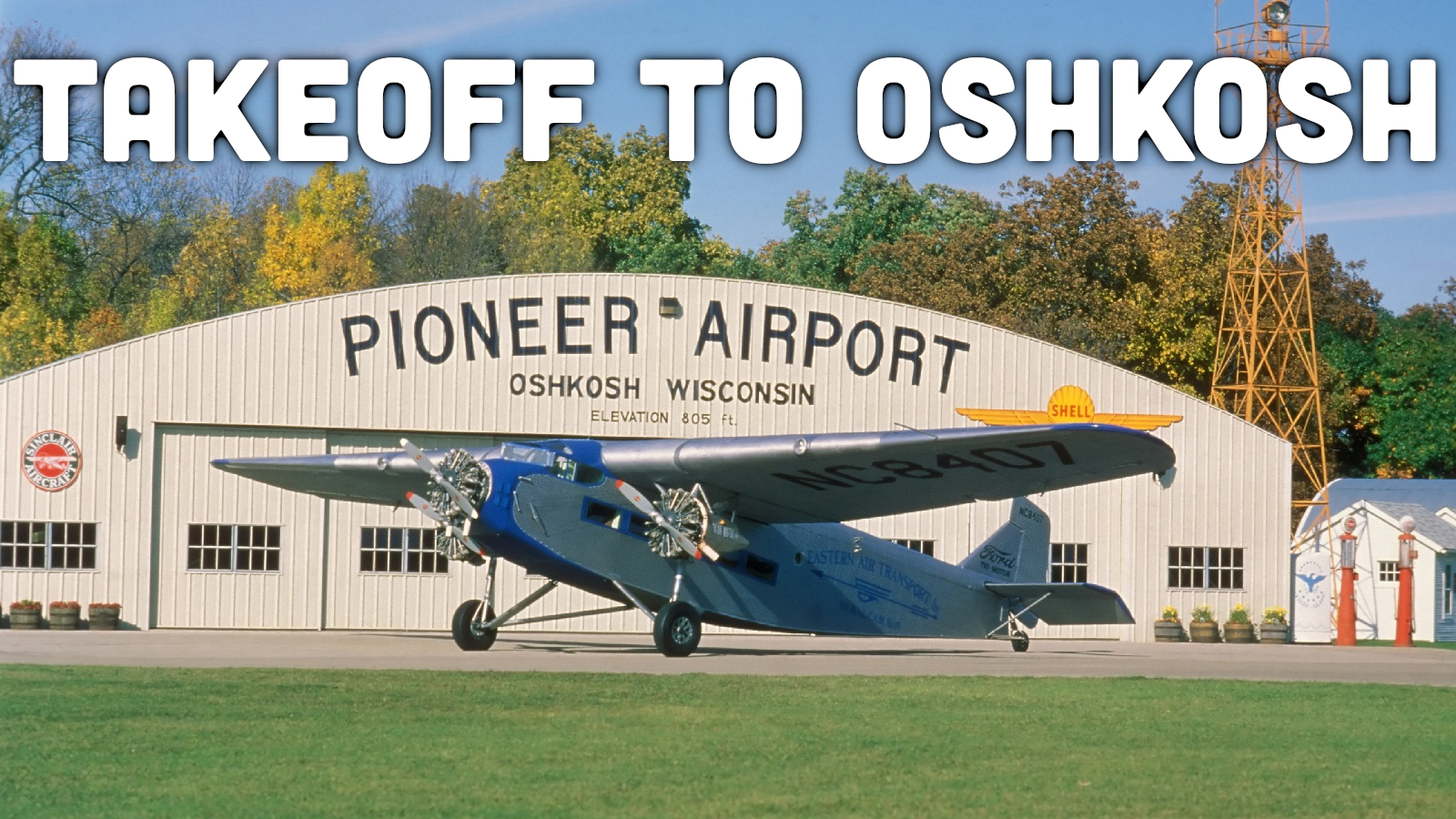 Hello Autopians! I hope that you’re getting over that mid-week speedbump easily and without suspension damage. I’m happy to announce that the Autopian will be going to its first aviation event! You will be able to find me at EAA AirVenture Oshkosh 2022, taking in all things aviation!

Admittedly, while I’ll be there to check out some sweet aircraft and aircraft history to show you, this is actually a dream that is finally being realized. Many years ago, wonderful denizens of what is now Opposite-Lock often dumped massive loads of photos into the bustling car forum. There was a little bit of everything from old warbirds to helicopters, kit planes, and all sorts of general aviation. In recent years, you might have seen developments in electric vertical takeoff and landing aircraft.

I’ve long wanted to go to AirVenture, but somehow I always came at odds with my schedule, money, or both. So I’m jumping with joy (literally) to tell you that I will be there! And this year is looking just as good as any other.

According to the Experimental Aircraft Association (EAA), the organization was created in January 1953 in founder Paul Poberezny’s basement. Poberezny was the leader of a group of avgeeks who assembled in his home. EAA was originally created to help the people who built their own planes. The first annual fly-in happened that same year at Curtiss-Wright Airport in Milwaukee. And it had a pretty impressive turnout for such a young organization. About 150 people attended with 21 aircraft touching down at the airport.

EAA has grown so much from its roots.

In its evolution, the organization began working to preserve aviation history and even started efforts to advance aircraft technology. The organization says that in 1971, it even started research into using unleaded automotive gasoline as a way to get aircraft out of dangerous leaded aviation gasoline. EAA has even had a hand in expanding the FAA’s decisions in the ultralight category and lower-cost methods for pilots to get certified. By November 2021, EAA managed to amass 250,000 members and AirVenture pulled in 608,000 people that year. Perhaps even more impressive is the fact that there were 3,176 showplanes in attendance and more than 10,000 aircraft flew in.

To further illustrate how much AirVenture has grown into the huge plane fest that it is, attendance is double that of the famous Paris Air Show, which has been running for 113 years.

Sadly, I won’t be flying in. In between wedding planning and other adventures I haven’t found much seat time.

The 69th edition of EAA’s famous fly-in at Wittman Regional Airport has quite a lot going on. This year’s show honors 75 years of the United States Air Force. The showcase is said to include history from the second World War and all of the way to today. One of the goals is to inspire youth towards the technology and possibilities that aviation has to offer.

The military lineup is looking pretty good. Here’s what will be doing flight demos at AirVenture (as of 6/30):

And if you don’t like watching military hardware fly, that’s fine. There will be a variety of other aircraft flying, too, including an Airbus A330 and a Boeing 777:

The full airshow list is pretty neat and includes a mix of GA and military; there will even be homebuilts and ultralights. Of course, the famous B-29 DOC will be there as well as a Ford Trimotor that you can actually ride in!

If you plan on coming and like me, it’s your first time, it looks like this is definitely a family-friendly event. In addition to looking at some awesome aircraft, the kiddos will be able to learn how to fly R/C planes, fly with a flight simulator, learn to use tools, and more. And there will be all kinds of learning activities. Kids attend free, too, which is great.

And if you want to learn how to fly, EAA has a Learn to Fly Center where you can get all of the tools that you need to find your tush in a cockpit, building some hours.

The event runs from July 25 to 31. Daily tickets are $39 if you’re an EAA member or $54 if you’re just visiting. Come on Sunday and it’s just $19 or $25, respectively. There are also multiple-day tickets that lower the daily cost, such as the two-day ticket available to just non-members for $84. There is a campground there, and that’s where you’ll find me for the final weekend of the event. I can’t tell you what vehicle that I will be in, but be on the lookout for an Autopian shirt!

(All photo credits to the Experimental Aircraft Association.)

Mercedes is a lifelong fan of all things powered by an engine. When she isn't driving one of her five Smart Fortwos or her 14 other vehicles she could be found in the cockpit of a Cessna 172 or perhaps swimming in any body of water that she could find. She also has a deep love for buses of all kinds. Please send her buses. mercedes@theautopian.com Instagram: @mistymotors Twitter: @Miss_Mercedes30 Facebook.com/neonspinnazz
Read All My Posts »
PrevPreviousOnline Used Car Retailer Vroom Catches An $87,000 Fine For Massive Used Car Title Transfer Delays
NextWatching A Burning RV Drive Itself Into Trees Is Alarming But There’s An Explanation That Doesn’t Involve GhostsNext