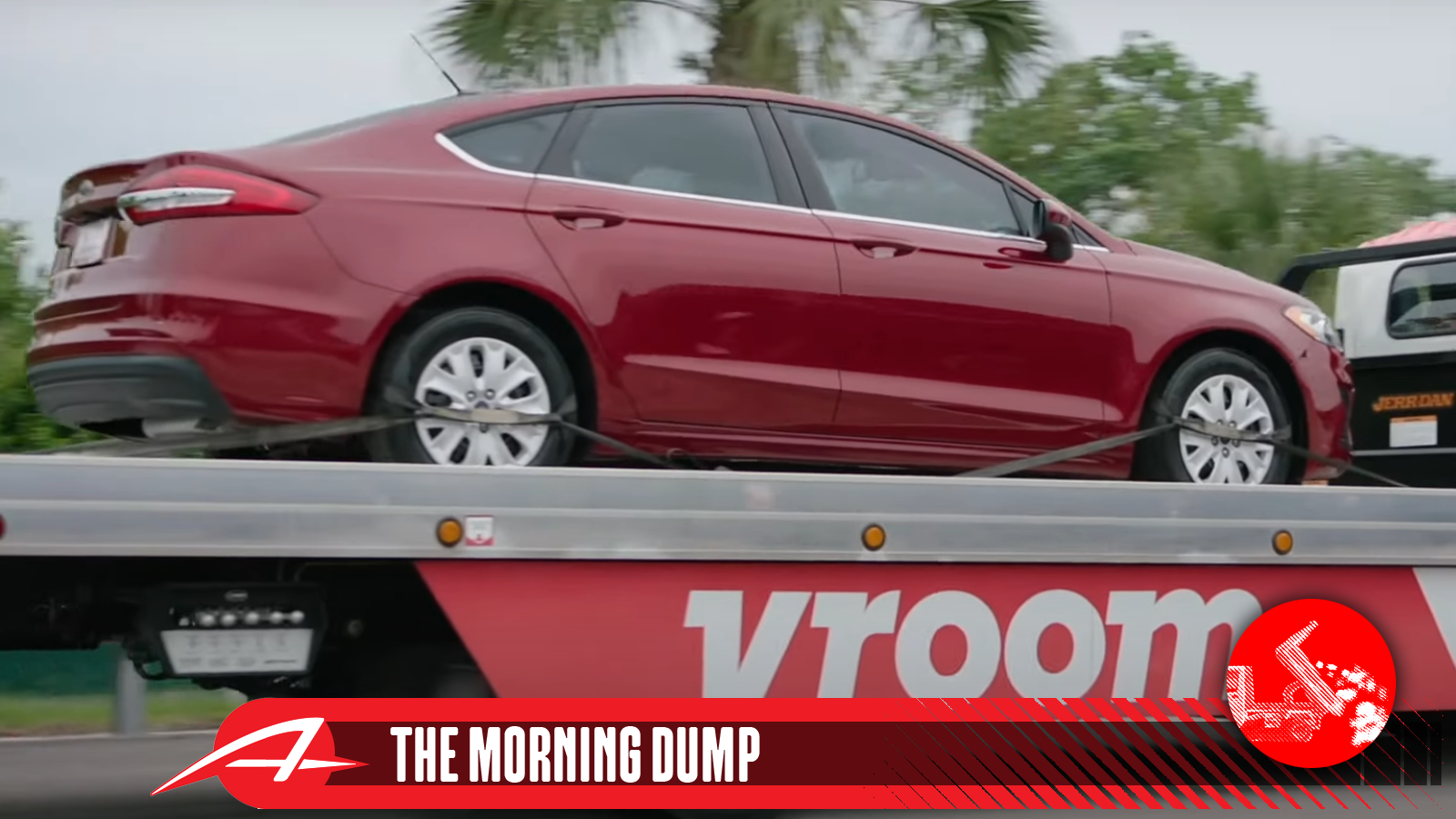 Vroom catches a fine over delayed title transfers, NHTSA firms up its position on quiet vehicle warning devices, this might be the new Honda Accord. All this and more on today’s issue of The Morning Dump.

Vroom Is In Some Shit

Online used car sales startups, am I right? Regardless of brand, they all sit there gnashing their teeth, chanting cries of “Disrupt! Disrupt! Disrupt!” What the hell are you disrupting? The only true disruption going on is leaving owners in the lurch with ridiculous title transfer delays, something Vroom has been fined $87,000 for in Florida to settle a complaint. I’ll let Automotive News explain.

The complaint, filed in early June by the Florida Department of Highway Safety and Motor Vehicles, alleged that Vroom failed to transfer vehicle titles to consumers within 30 days of the date of sale. The state agency cited 87 instances in which Vroom missed the 30-day deadline — sometimes by several months.

I’m sorry, months? Imagine not getting the title to your car for months, that’s just unacceptable. A fine of $1,000 per instance seems trivial compared to the massive nuisance this has been for consumers. Even worse? This isn’t even the first time that Vroom has done this. In January, the Florida Department of Highway Safety and Motor Vehicles cited 47 cases of unacceptable title delays back in January. All this time for Vroom to clean up its act, yet nothing’s changed. While Vroom cites business expansion as the cause of delays, that’s still not an acceptable excuse. No matter what shiny new coat of paint someone puts on the dealer system, it’s going to take a lot of work to reform car sales in America.

By law, every new hybrid or electric vehicle sold in America must come equipped with an external speaker that plays a pedestrian warning sound when vehicle speed is at or below 18.6 mph (30 km/h). It’s usually a tiny little UFO-like noise, partly because that’s palatable and partly because that’s on-brand. While NHTSA considered opening up low-speed warning noises back in 2019, Reuters reports that consideration was recently quashed.

The agency said Tuesday the proposal “is not being adopted because of a lack of supporting data. … Removing this restriction would allow manufacturers to make more obscure sounds that only appeal to a small minority of (hybrid electric) owners.”

I’ve got mixed feelings here. Speaking for experience, I’m not sure if all OEM pedestrian warning noises are loud enough for certain urban centers, so this ringtone noisemaker concept doesn’t sound entirely stupid. You know what’s hard to miss? This is Why I’m Hot by MIMS blasting out of a Kia EV6. Pick the most annoying circa-2008 ringtone you can think of and bam, pedestrian warning device! Fortunately or unfortunately depending on your perspective, we never would’ve received ringtone rap for electric cars. We’d have likely received noises ranging from “low growl” to “medium hum.” In that context, non-switchable pedestrian warning sounds don’t seem like such a bad idea.

[Editor’s Note: A standardized sound would also allow for quick recognition of what the sound is announcing, something that an infinite variety of sounds wouldn’t be able to do. – JT] 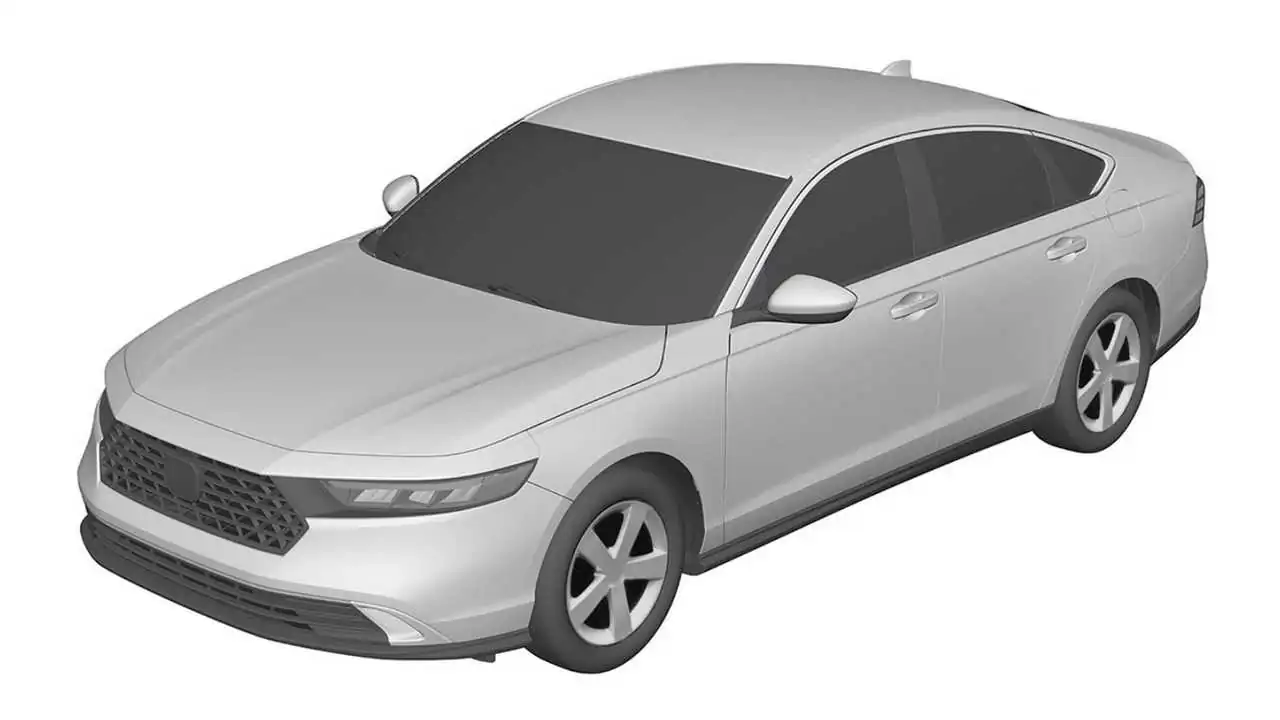 News from Brazil! You know, it’s a shame we don’t hear that more often. Brazil gave us the Puma GTE, the Santa Matilde, and the Chevrolet Opala, some all-time greats if ever I’ve seen them. Anyway, news from Brazil, where patent drawings reveal a future midsize sedan with a lot of Honda design language. Look, I’m not saying that this is the next Honda Accord, but take a good look at these pictures and tell me what you think. 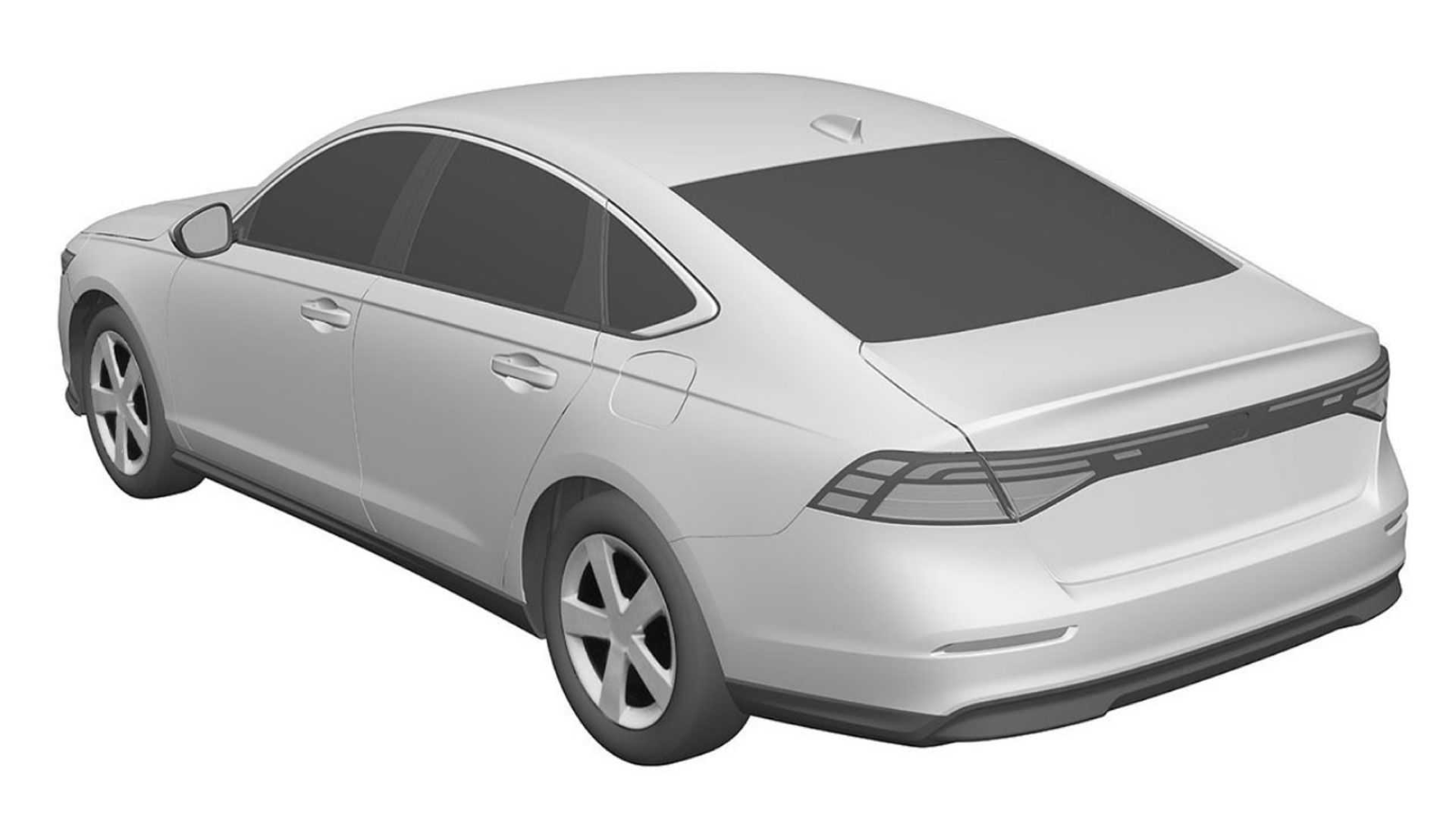 Okay, so there’s a ton of overhang going on here, but other than that, this design looks pretty handsome. The hexagonal upper grille works, while the full-width heckblende tail light treatment is a pretty choice move. Sure, there’s a lot of metal between the sill and the greenhouse, but that’s par for the course on new cars. While it would’ve been nice to see a liftback, a traditional trunk isn’t unexpected. After all, this still might be an Accord. While we still have no idea what the interior of the vehicle in these patent drawings will look like, we can tell you some details about the next Accord. First up, Honda’s planning on offering a hybrid version of the next Accord. Secondly, it’s not entirely unreasonable to expect the next Accord to debut next year based on typical model cycles. Honestly, that’s about all we know for now. We don’t know if the excellent two-liter turbocharged four-cylinder engine is sticking around, nor can we say for sure that it will look a lot like this. Still, all will be revealed at a future date.

Dartz Comes Out With A Tiny Roadster

Based on the Wuling Hong Guang Mini EV, the Dartz Freze Froggy EV Beachstar is an actual roadster. Cut-down windscreen, open top, lovely stuff. It’s also very yellow and green, in tribute to the custom Volkswagen Froggy and the Millennium Adventure. That second car is an SLK body on a G-Class platform, gloriously weird but I dig it. Anyway, there’s this cool sort of retro-futuristic vibe to the Freze Froggy EV Beachstar that I’m totally here for, from the color-keyed hubcaps to the chunky rear spoiler. It just seems to have such a sense of fun about it, a necessary moment of brevity in today’s rather serious automotive landscape.

[Editor’s Note: I spoke with the madman behind DARTZ, Leonard Yankelovitch, and should clarify a few things about this picture: that Beetle is known as Froggy, and was an early proto-DARTZ project, same with the lifted Benz there. Also, the Freze may be render in this pic, but I’ve been assured it’s going to be real. We’ll have more (and exclusive!) DARTZ stuff at some point soon, because they’re just fun and Leonard is great. – JT]

Whelp, time to drop the lid on today’s edition of The Morning Dump. It’s Wednesday, which means we’ve officially made it halfway through the week. To celebrate, let’s play a game. A brand new Toyota Corolla L stickers for $21,450 including freight. What two-car fleet would you build for that money? The ground rules are simple — one vehicle needs to be great in the snow, and both vehicles need to be get-in-and-drive propositions. No fiddling with carburetors in a ski resort parking lot, no crazy engine-out services. So, with some limits on sensibility in mind, what are you buying?

Thomas is a Nu Rave-blaring, heel-toe downshifting, maple syrup-swilling, chassis-geeking, junkyard parts-hauling, floppy-haired scenester who's been writing about cars since college. His current ride is a 2006 BMW 325i with the six-speed manual gearbox. Instagram: @thomas.hundal Twitter: @thomashundal
Read All My Posts »
PrevPreviousHere’s How People Hacked Their Way Around The Paywall The Last Time BMW Made A Basic Feature A Subscription Service
NextThe Autopian Is Going To One Of The Coolest Airshows On The PlanetNext